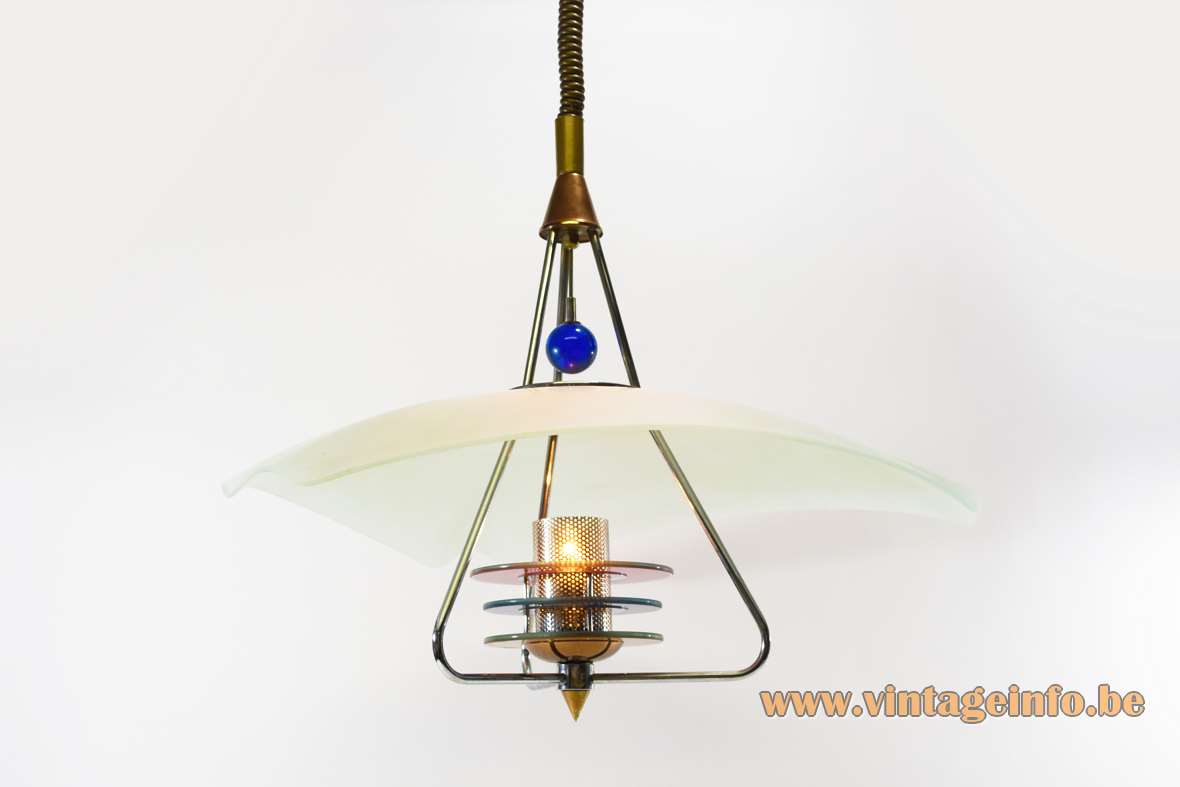 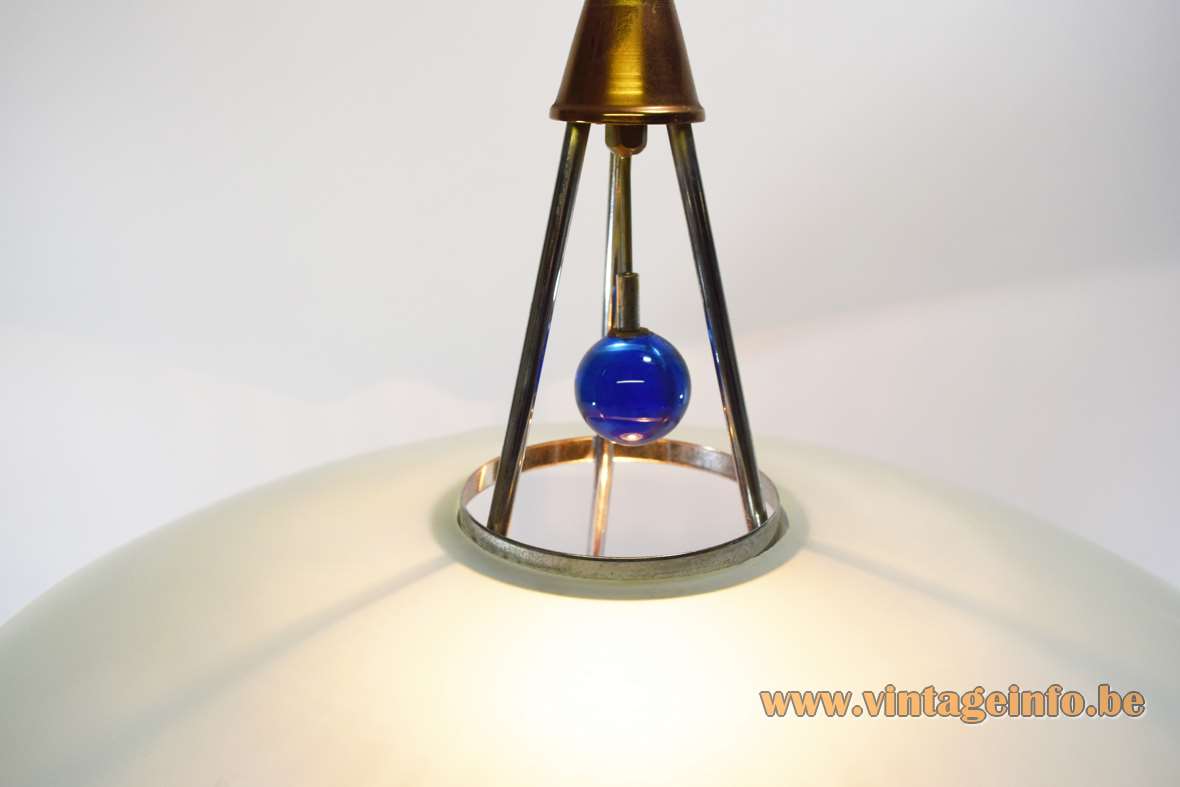 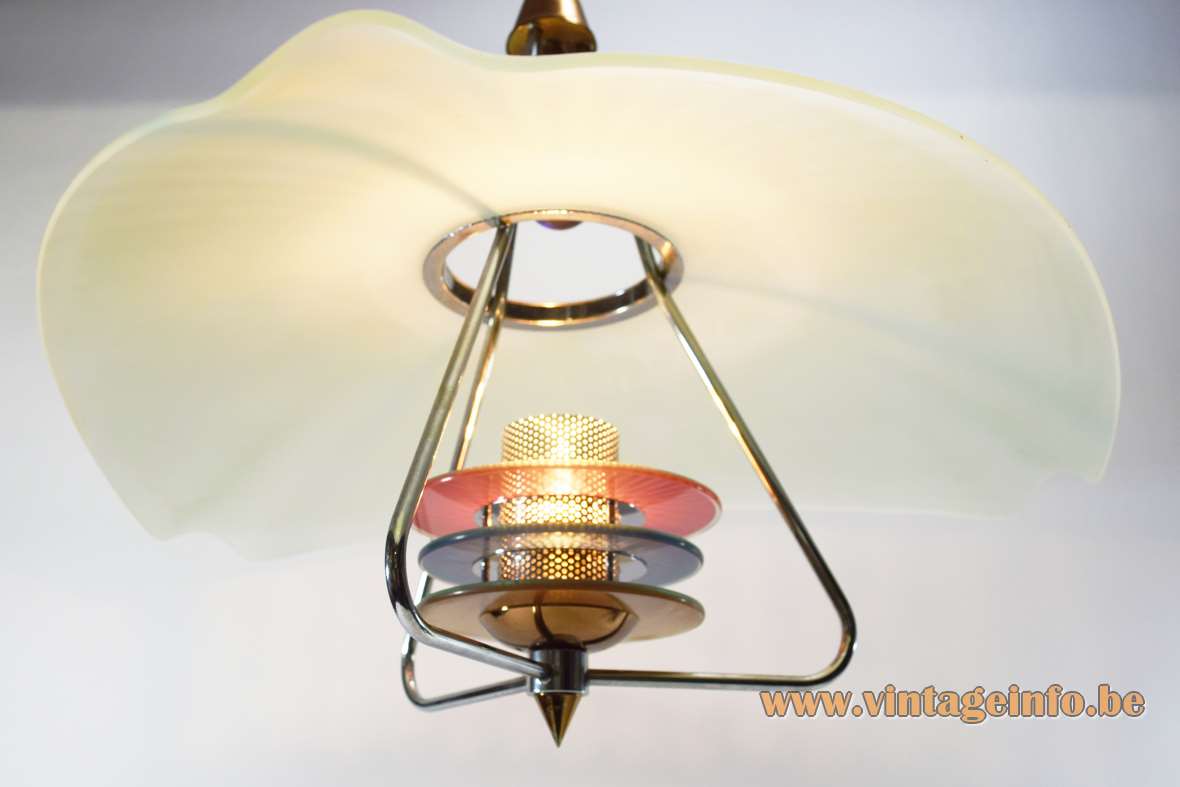 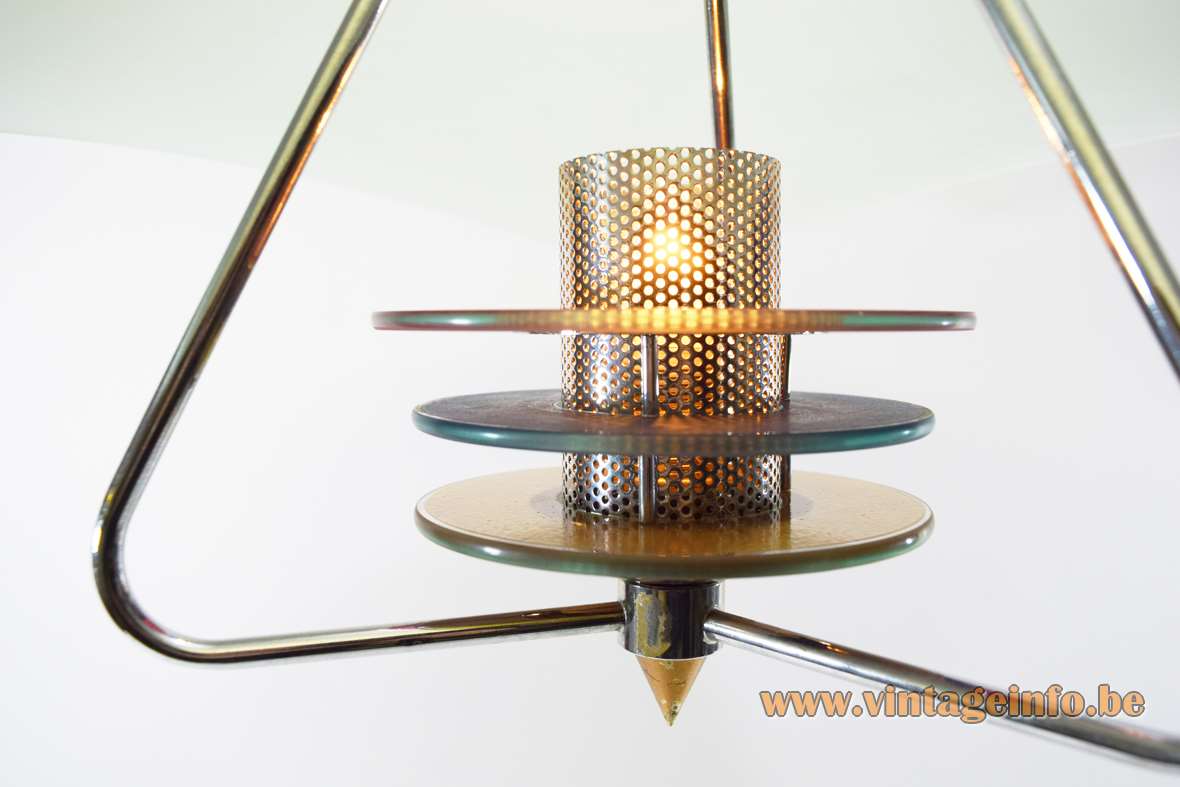 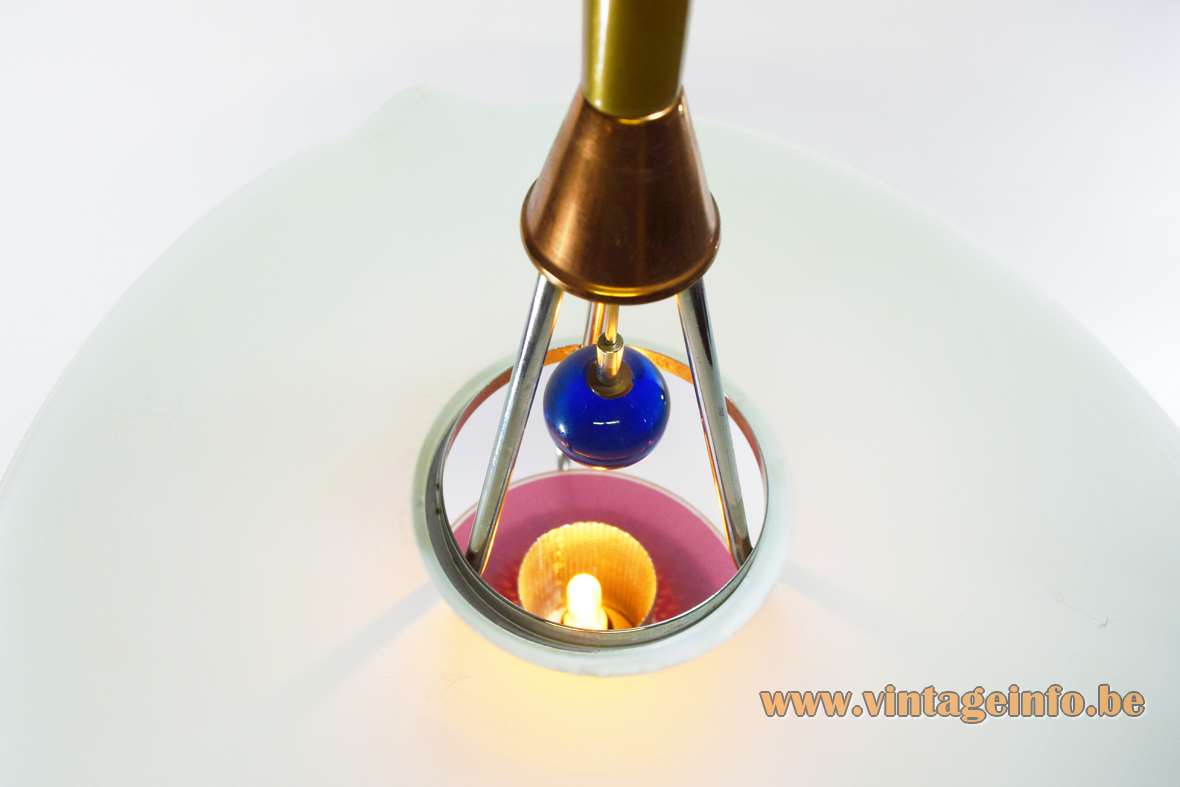 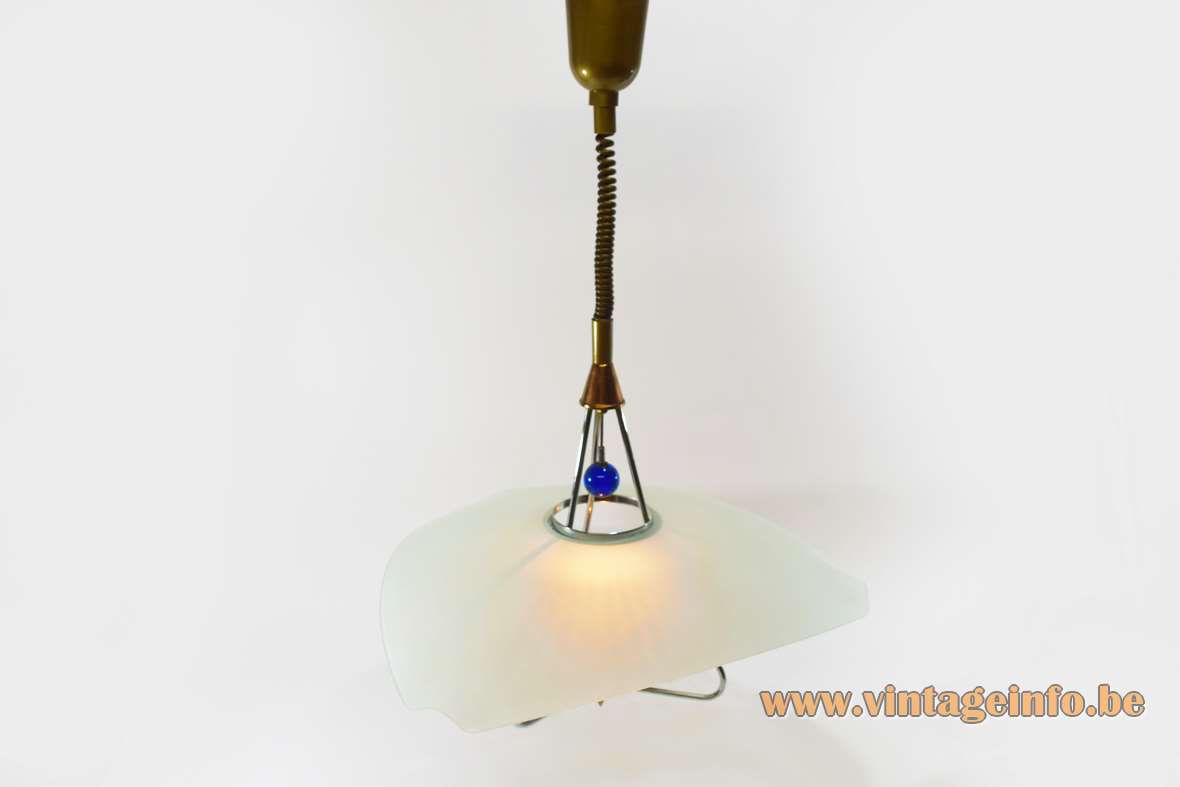 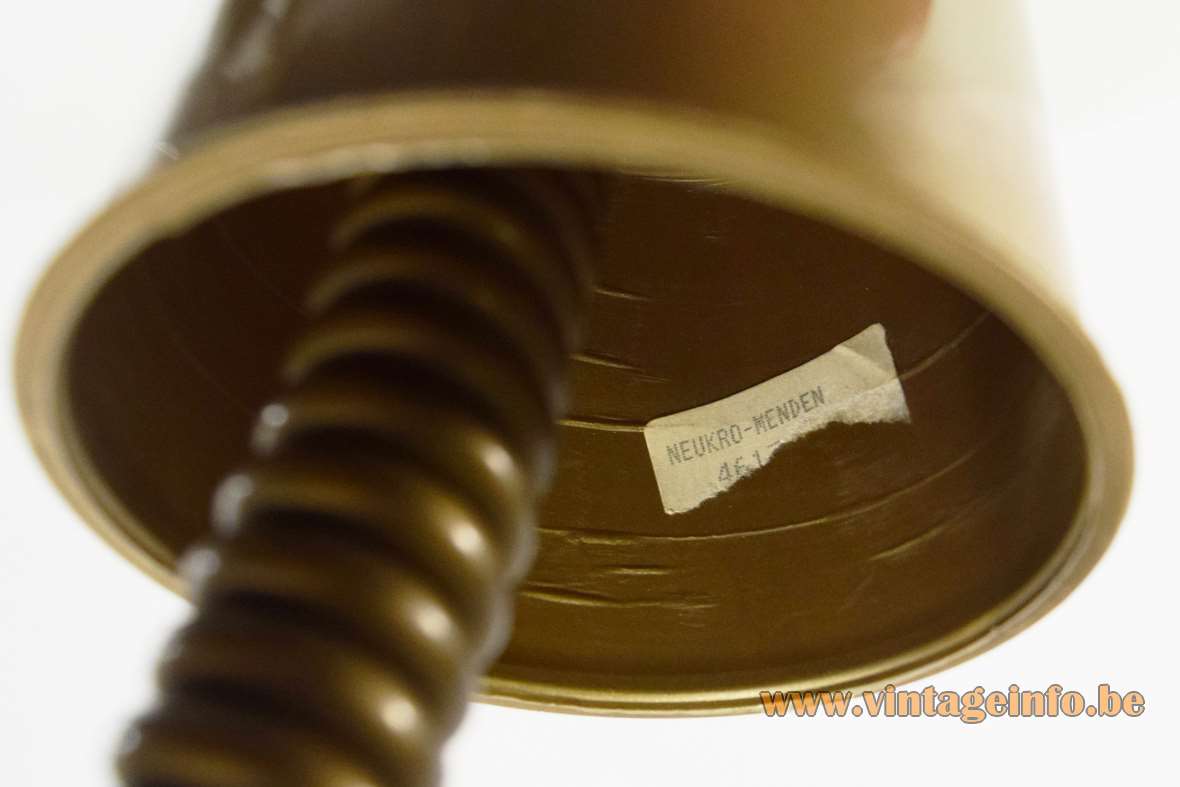 Other versions: This Neukro-Menden kite pendant lamp exists in a few versions. Also a table lamp was made.

Astonishing enough, but no information can be found about the company. In all probability the company was located in Menden, Germany; the labels are all in German. Menden is a town in North Rhine-Westphalia. It is located at the north end of the Sauerland near the Ruhr river.

Lamps exist with labels from the 80s, but also from the 90s with the CE marking. The CE marking became mandatory in 1993. However, the logo exist in its present form since 1985.

Not to be confused with the CE marking from China (China Export). Of course, almost the same label.

This pendant lamp was made in the famous Memphis style and was in all probability produced in the late 1980s, early 1990s. No CE marking on the label.

The Italian Memphis Group was a design and architecture group founded by Ettore Sottsass (1917-2007) in 1981 in Milan which designed Postmodern furniture, lights, fabrics, ceramics, glass and metal objects from 1981 to 1987. Ettore Sottsass left the movement in 1985, the Memphis Group disbanded in 1991.

What is CE Marking

More info about the Memphis Group