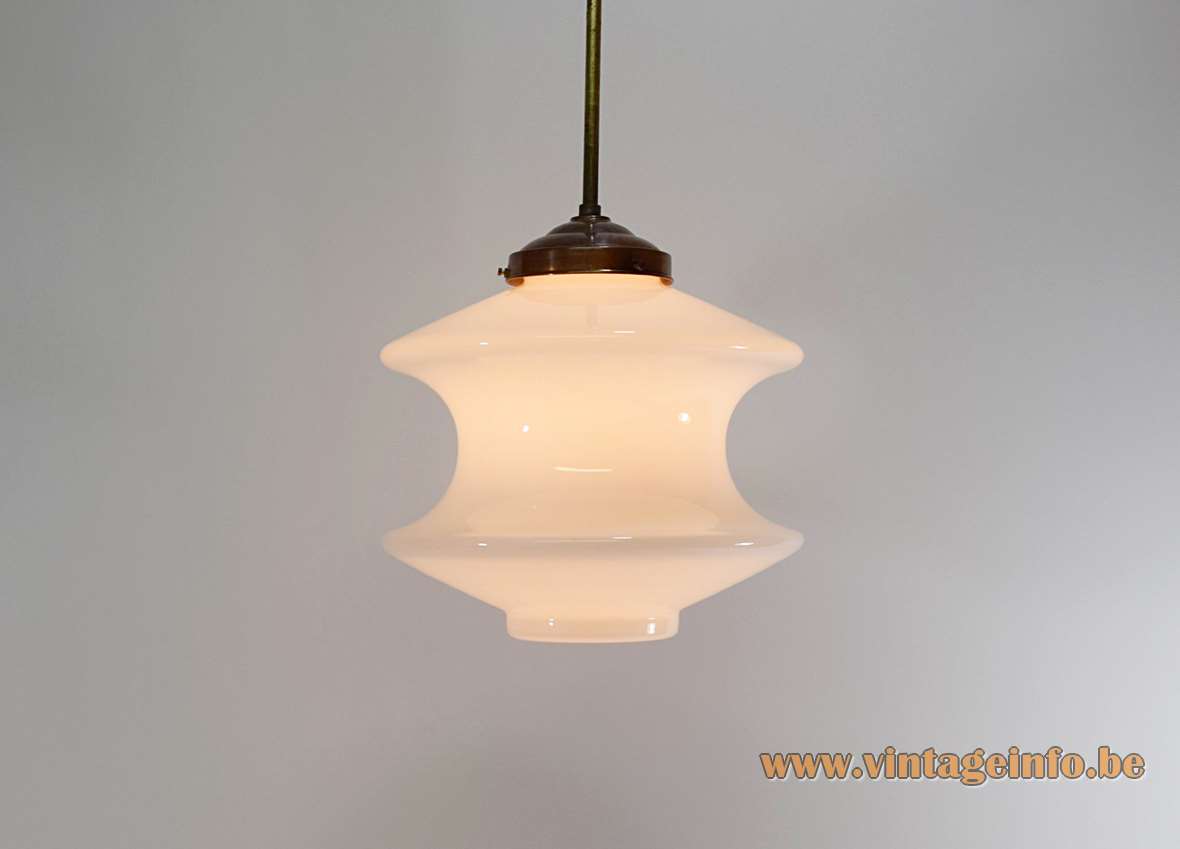 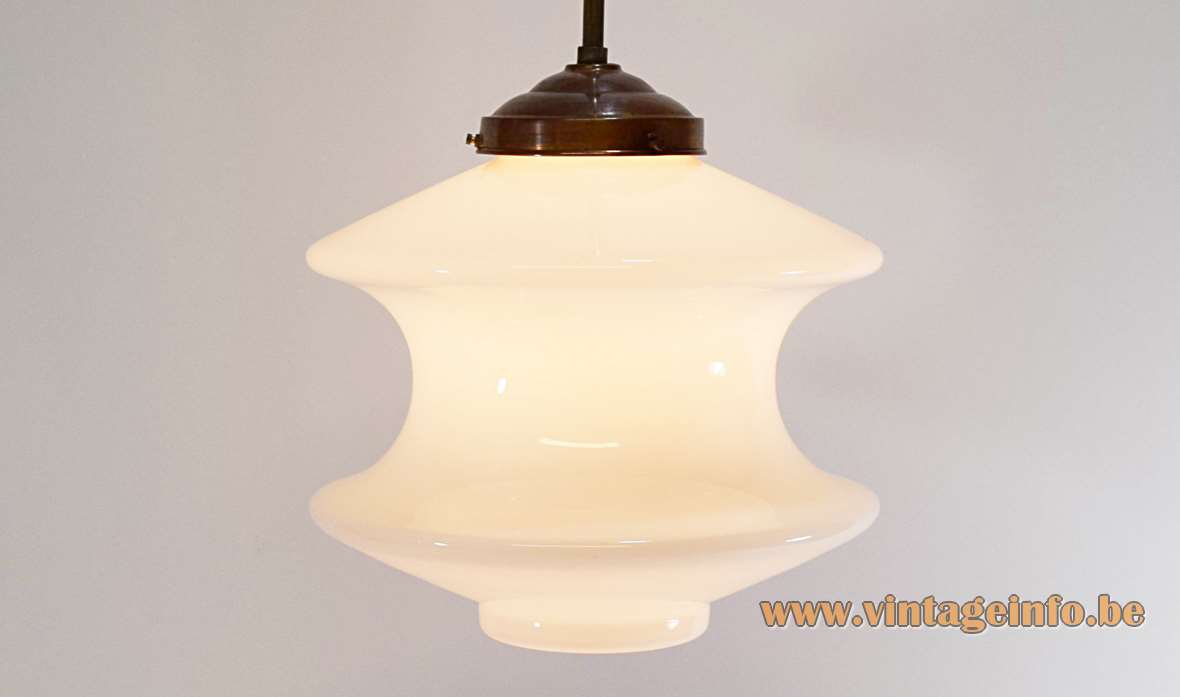 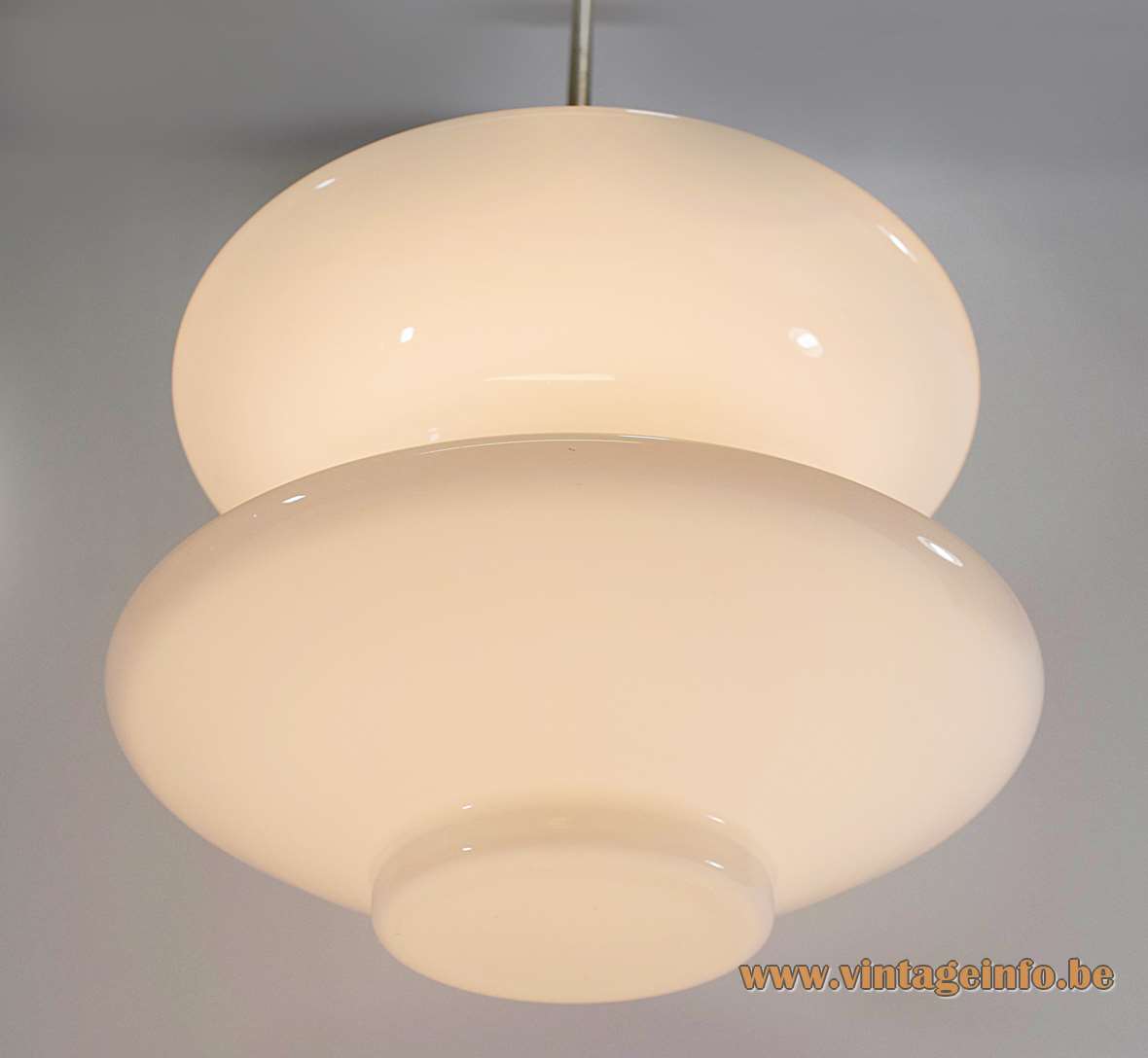 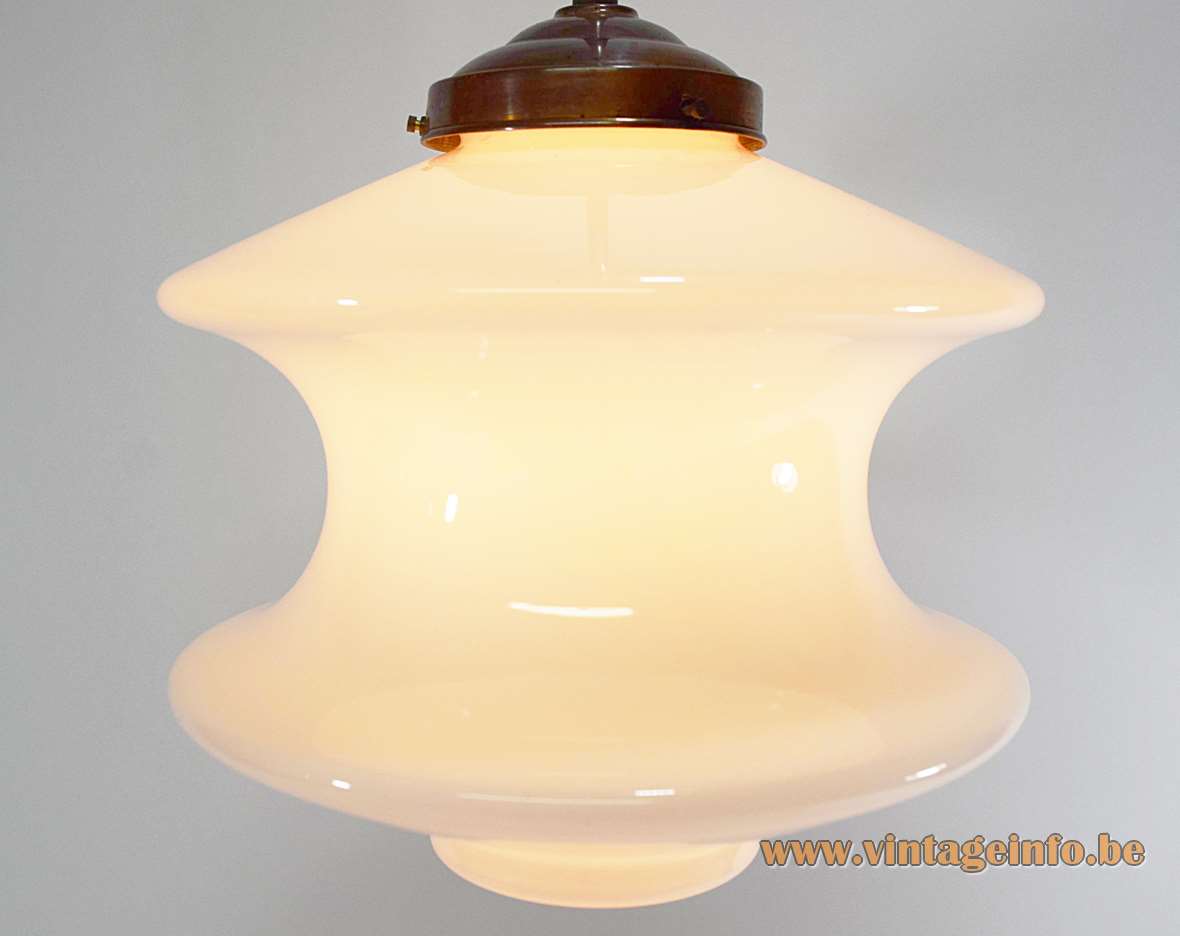 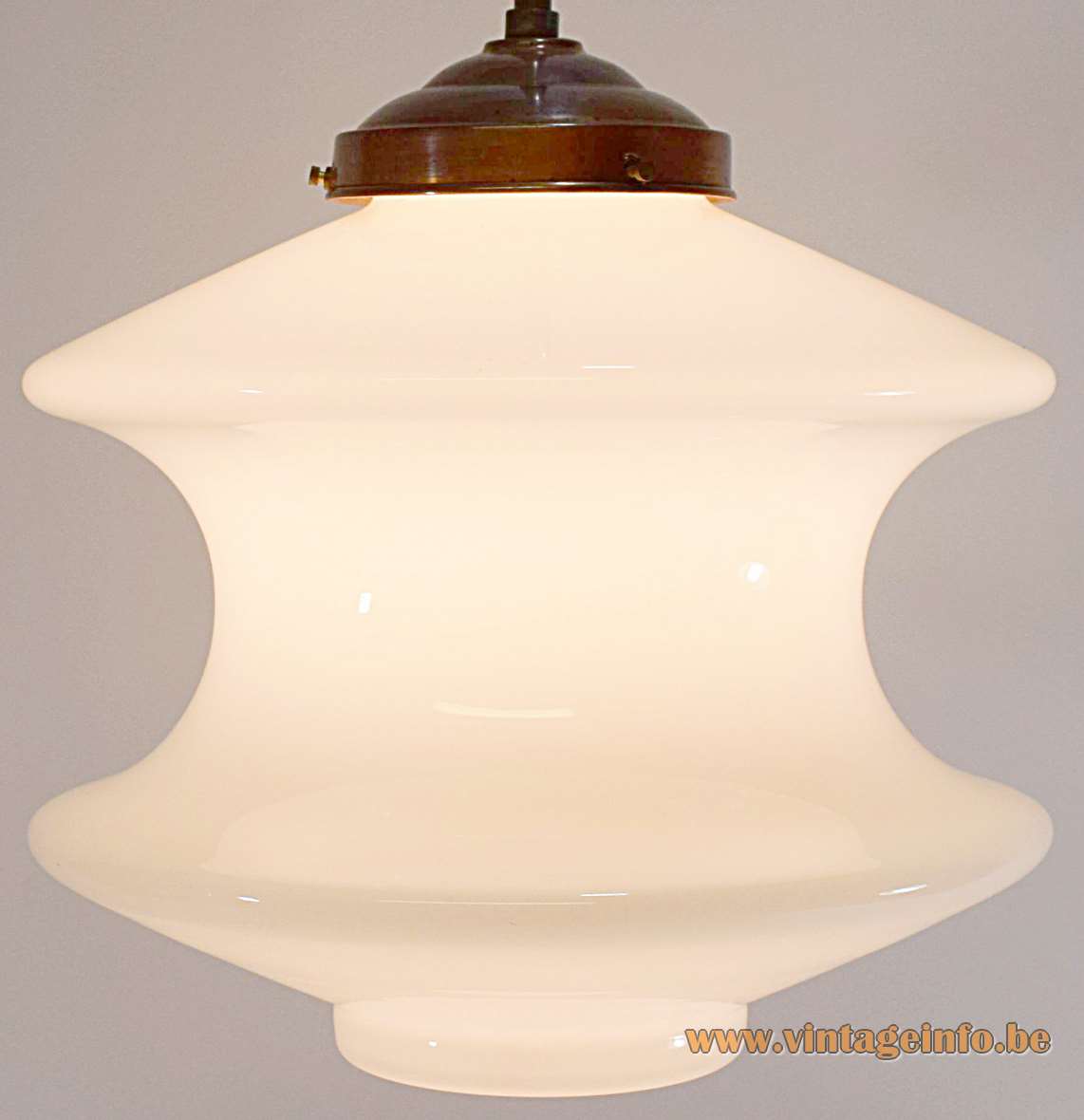 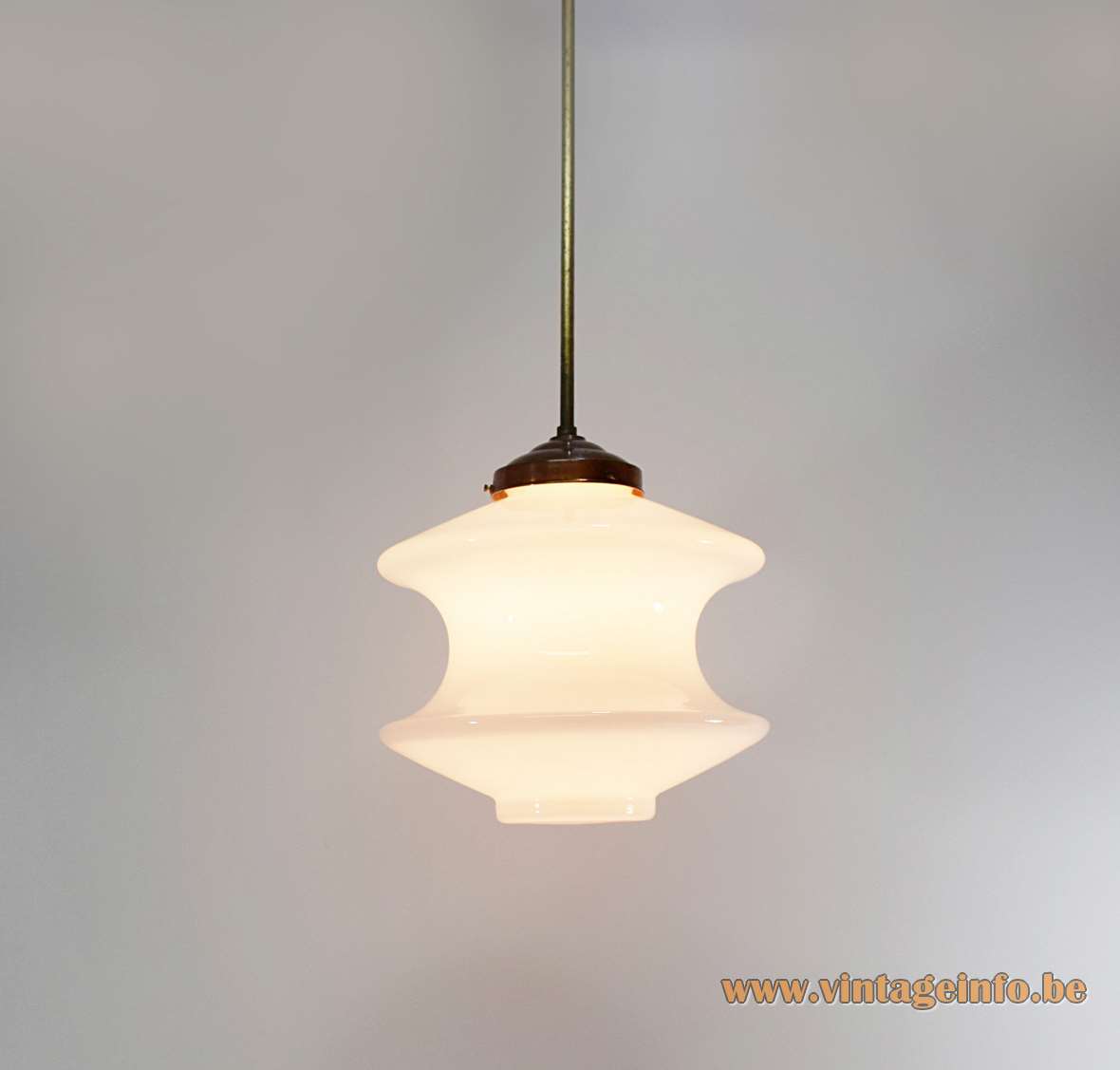 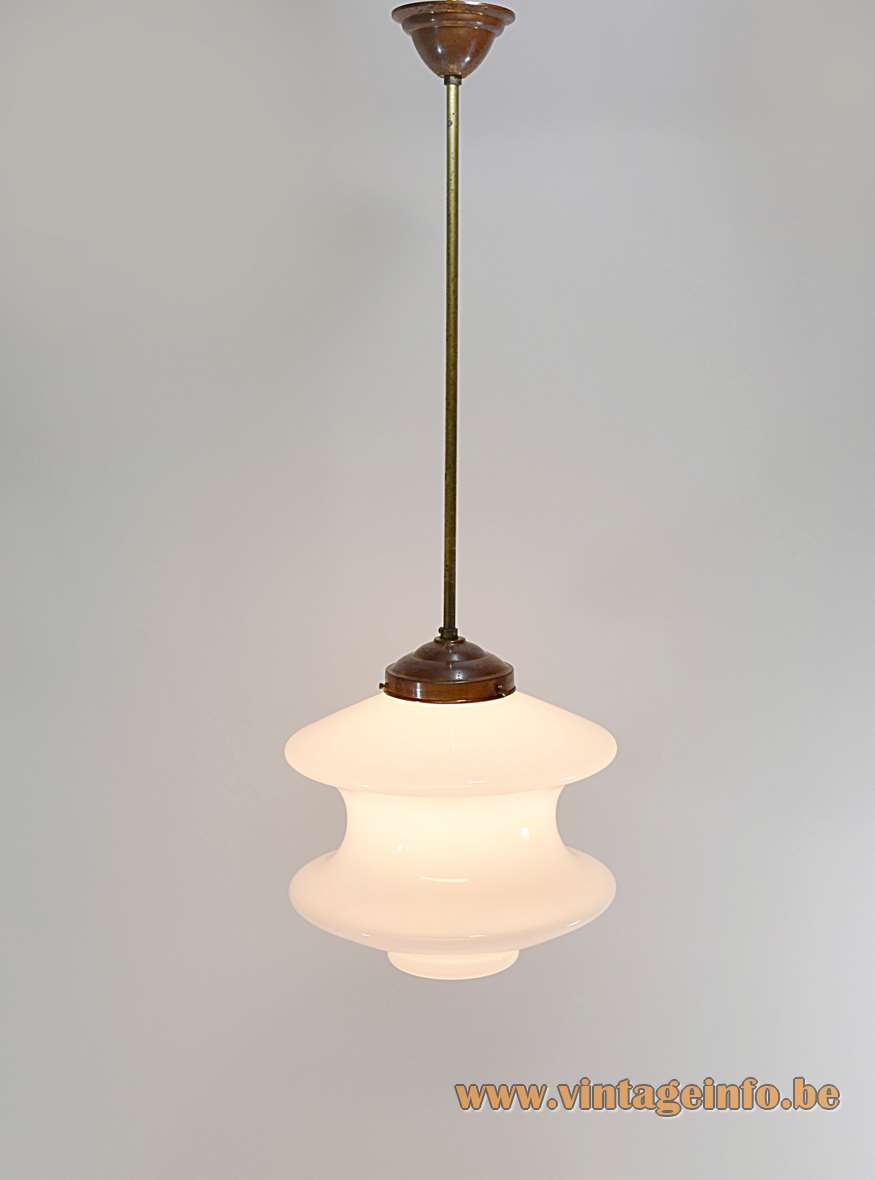 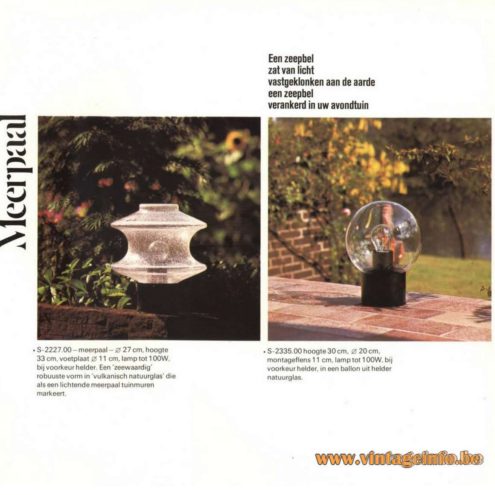 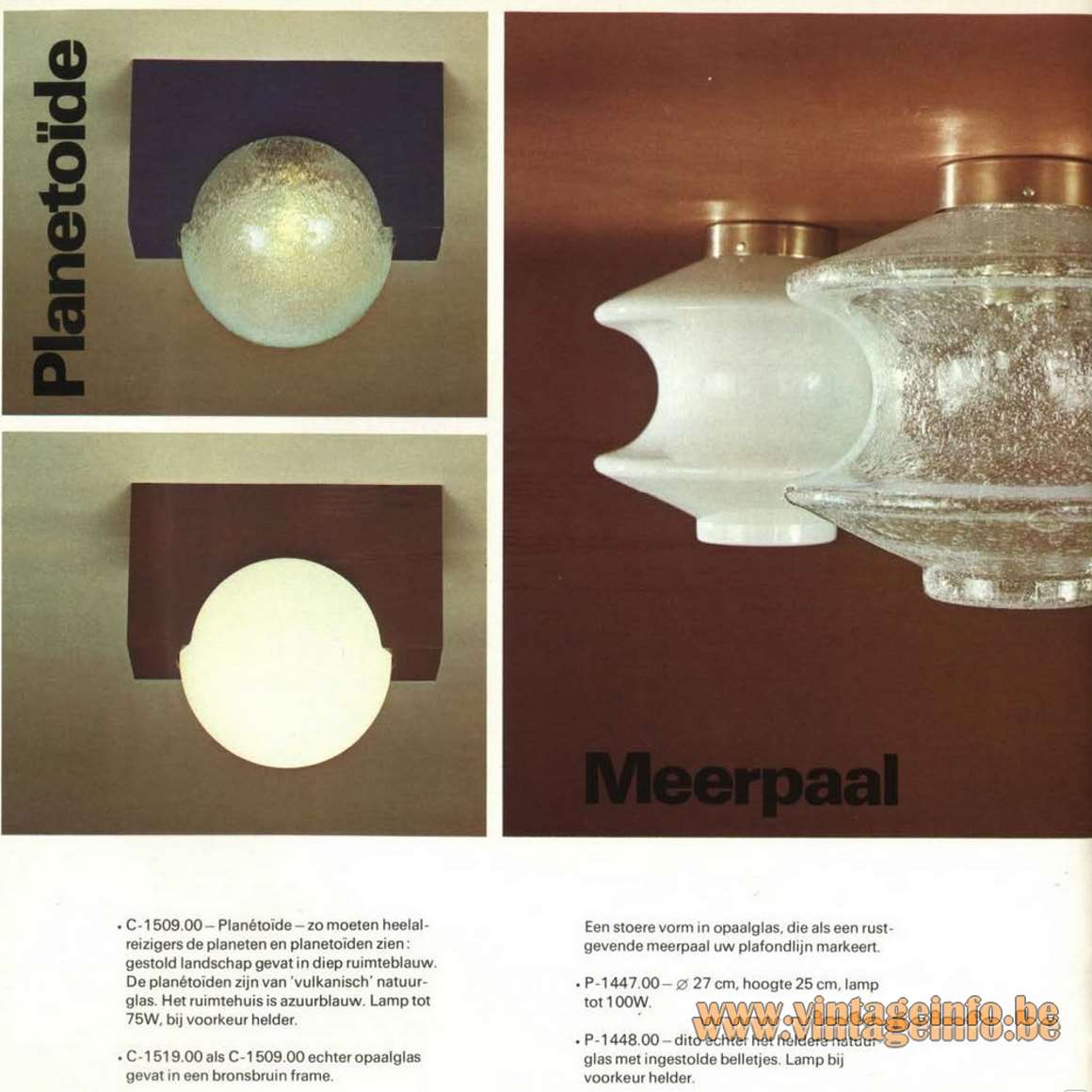 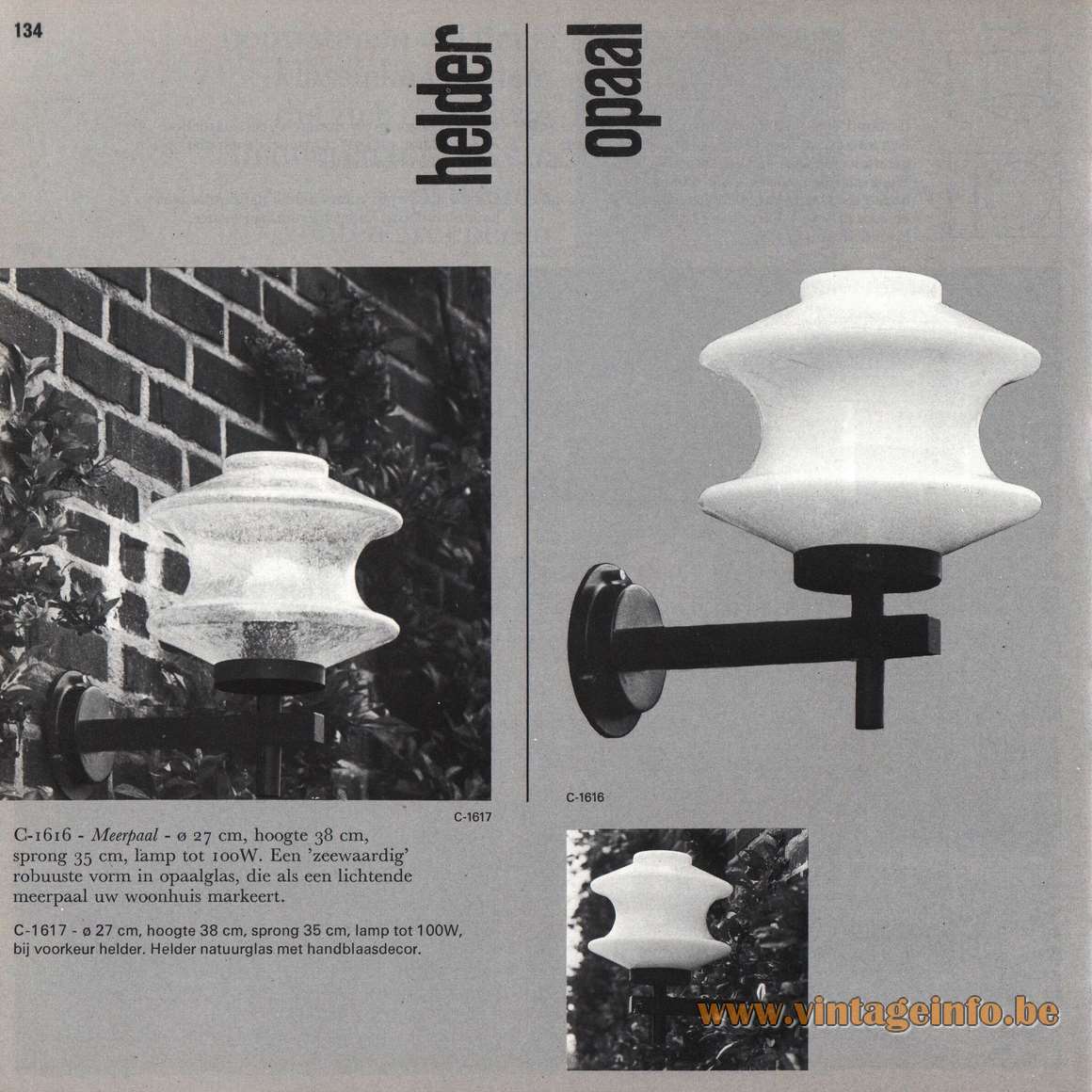 Electricity: 1 bulb E27, 1 x 100 watt maximum, 110/220 volt.
Any type of light bulb can be used, but a white/opaque or frosted one is preferred when used in an opal glass light. Clear bulbs creates stripes on the lampshade and therefore also on the walls.

Other versions: The Raak Meerpaal pendant lamp exists in white opal and pulegoso glass (bubble glass – “vulkaanglas” – vulcan glass). Made as a wall lamp, a flush mount, a pendant lamp and a garden lamp.

The copper parts of this pendant lamp are not original.