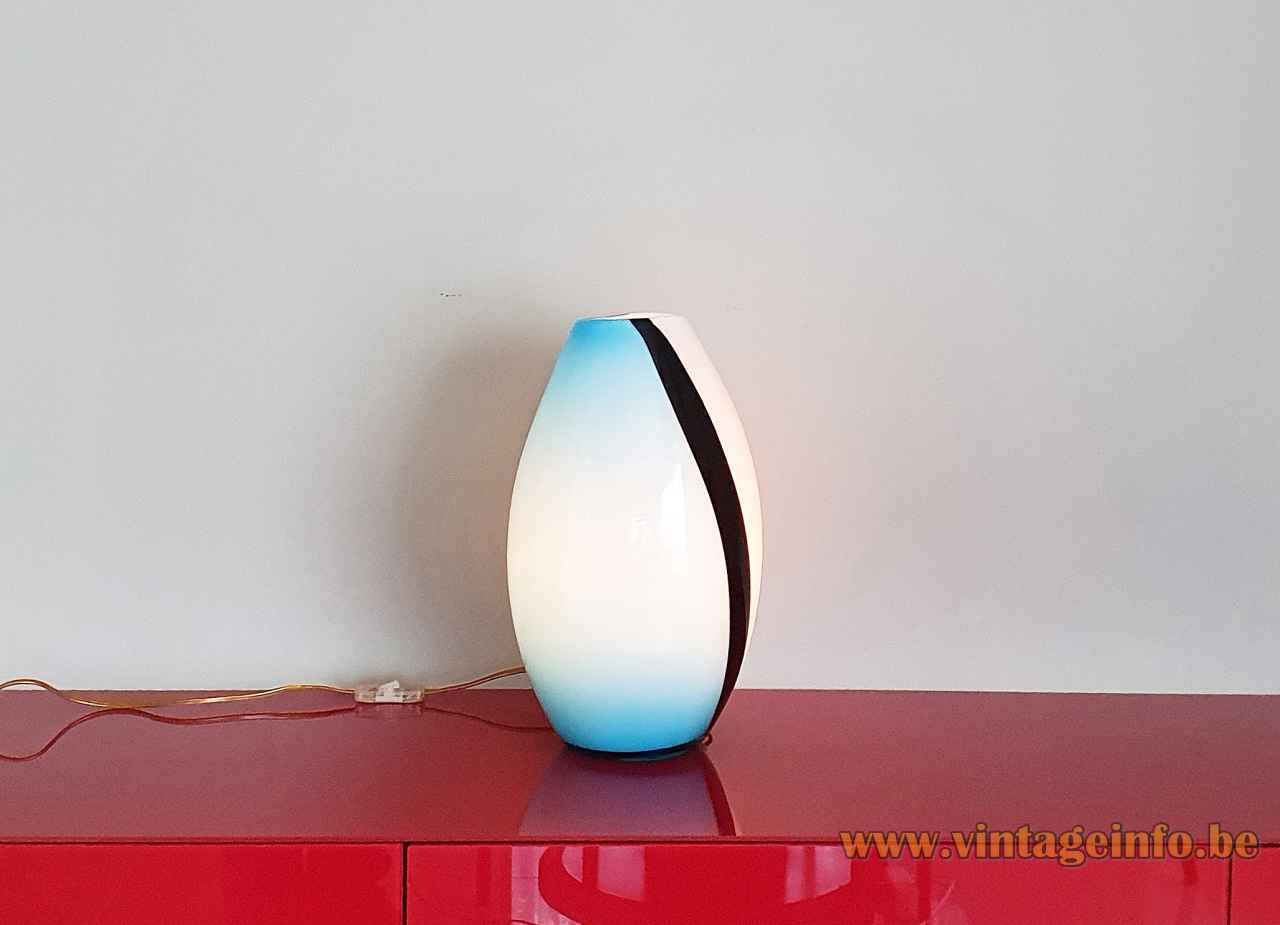 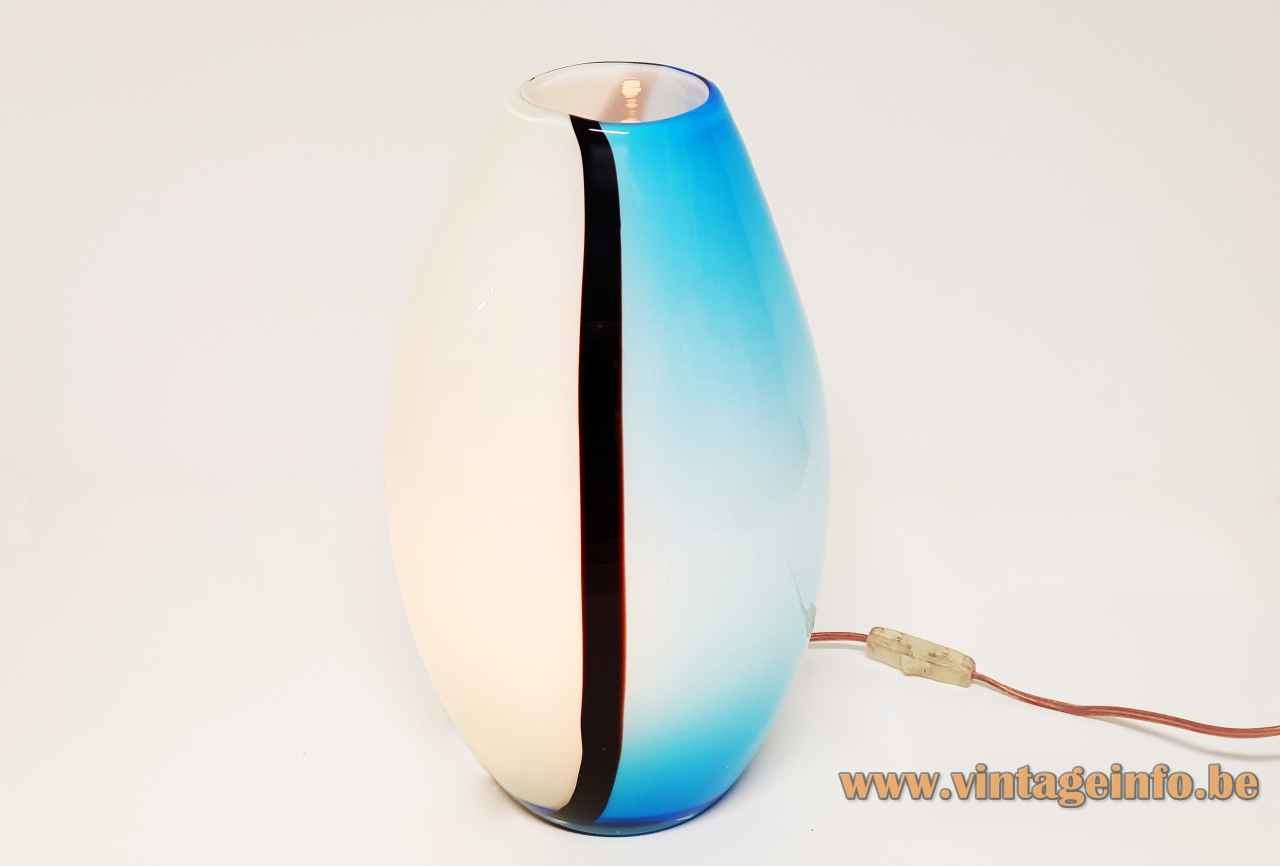 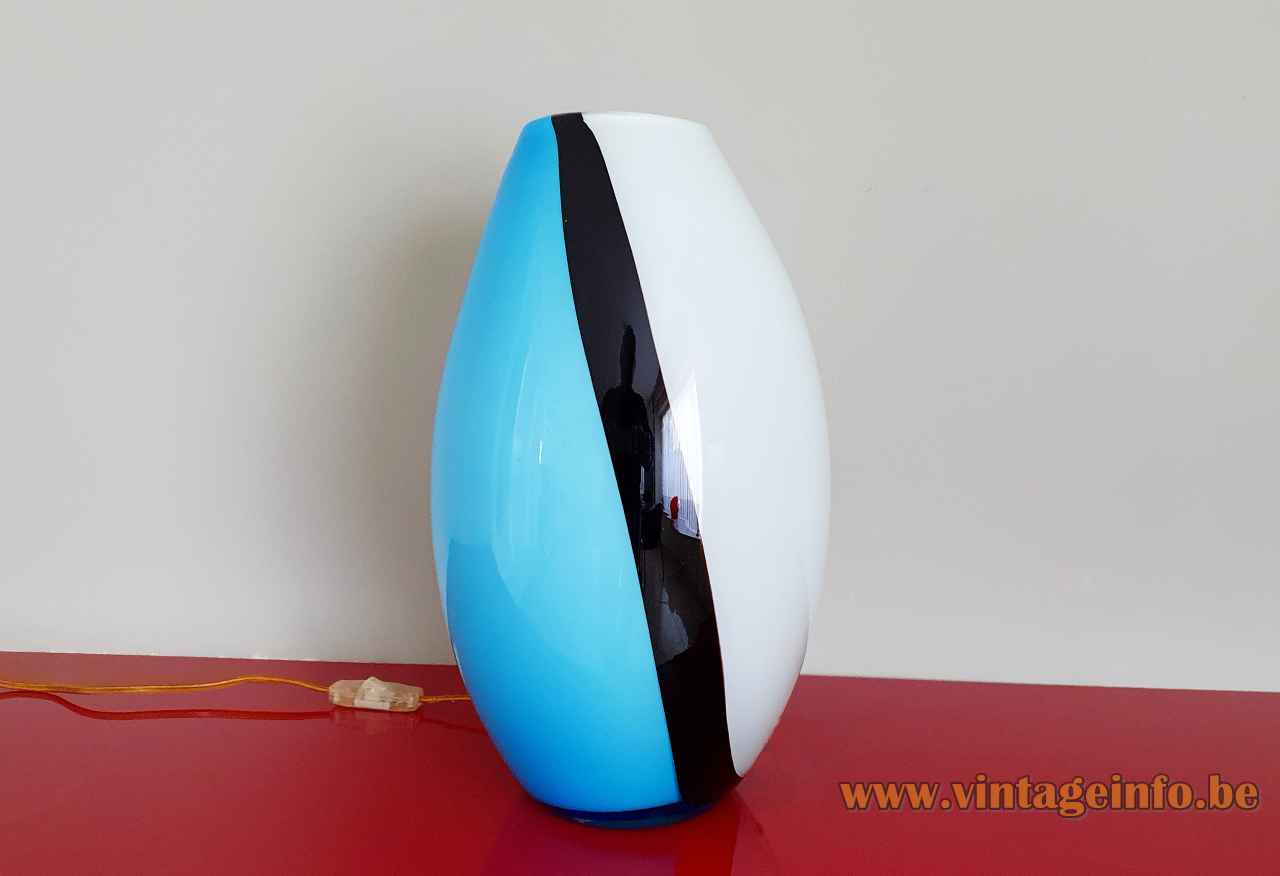 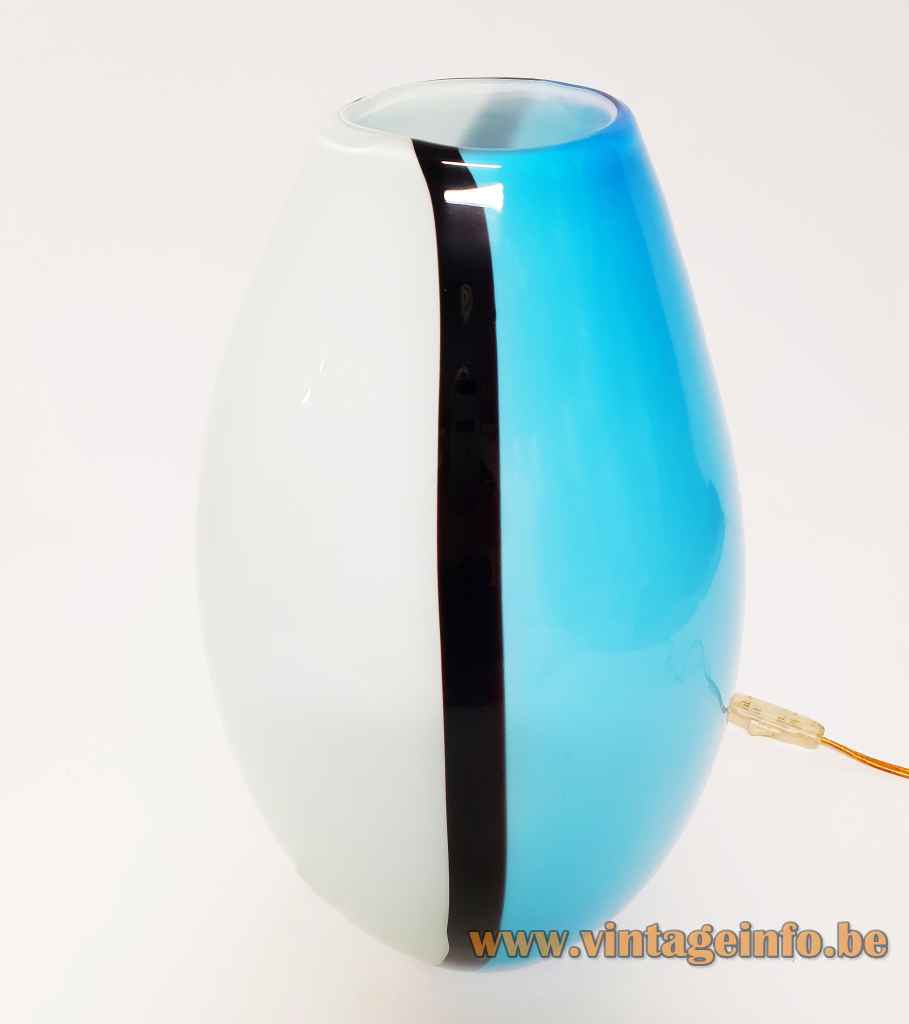 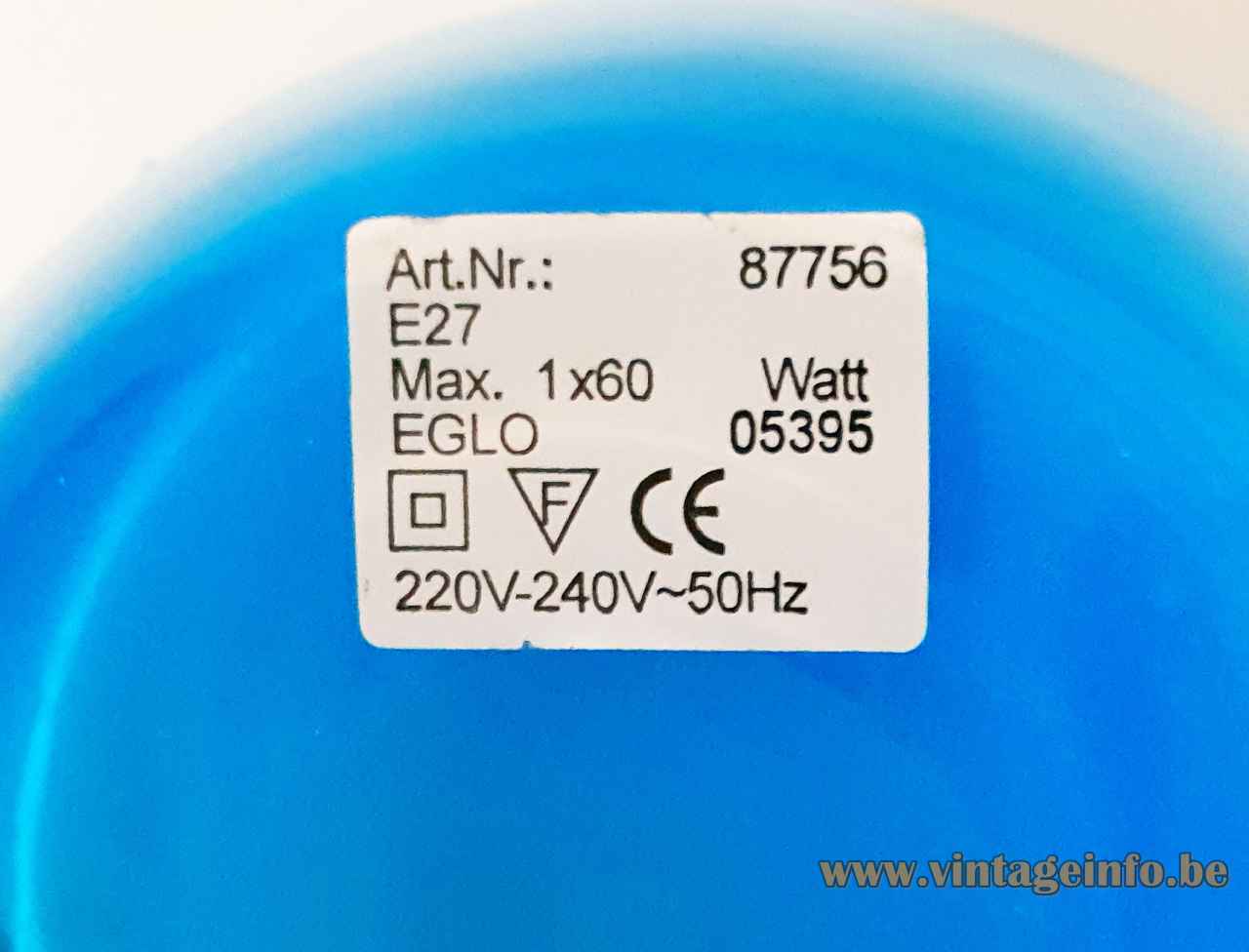 Other versions: This EGLO Empori table lamp exists in several colours. Made in red, green, purple and this light blue. The white and black are the same.

The EGLO Leuchten GmbH company was founded in 1969 by Ludwig Obwieser in Pill, Austria.

In 1986 EGLO had their first office in Germany. Their fist factory was build in 1994 in Pászto, Hungary.

Since 2001 the company also produces lighting in China. More than 1100 people are at work in the plant In 2017 another factory was opened in India. Today, 2021, the company is active in meer than 60 countries. 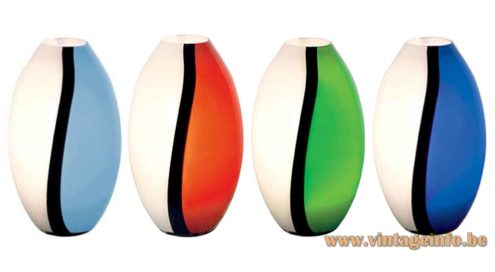