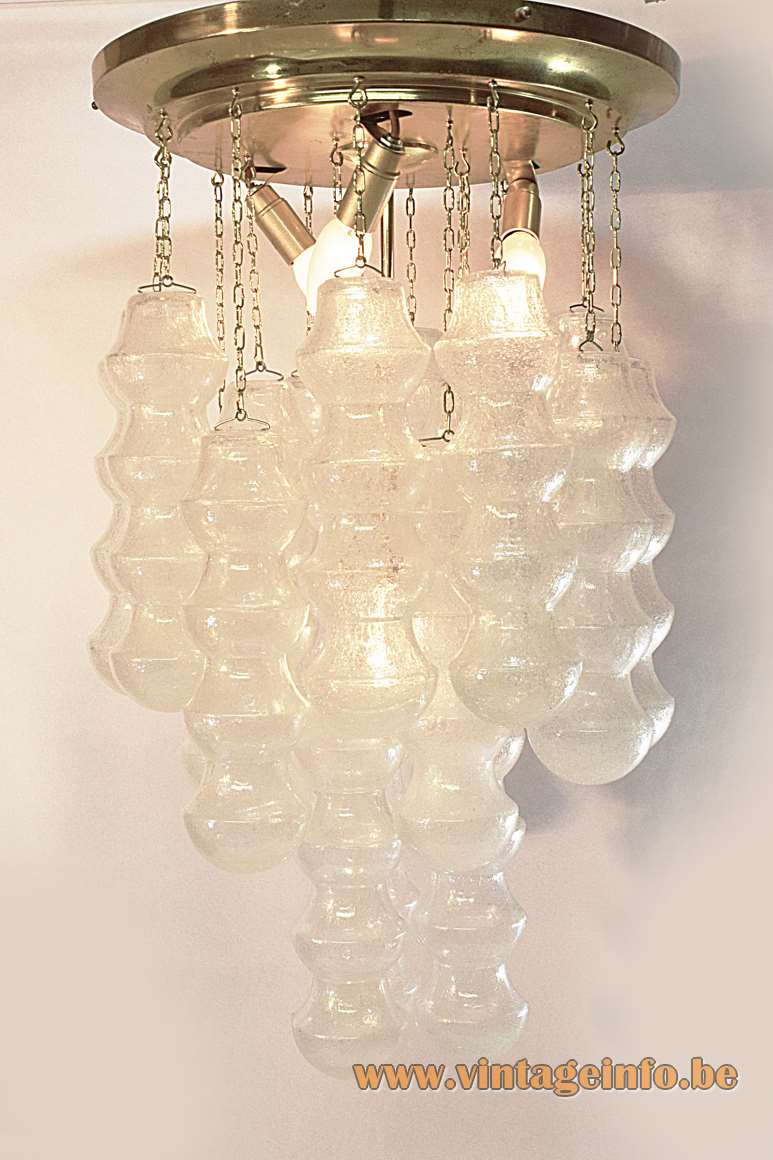 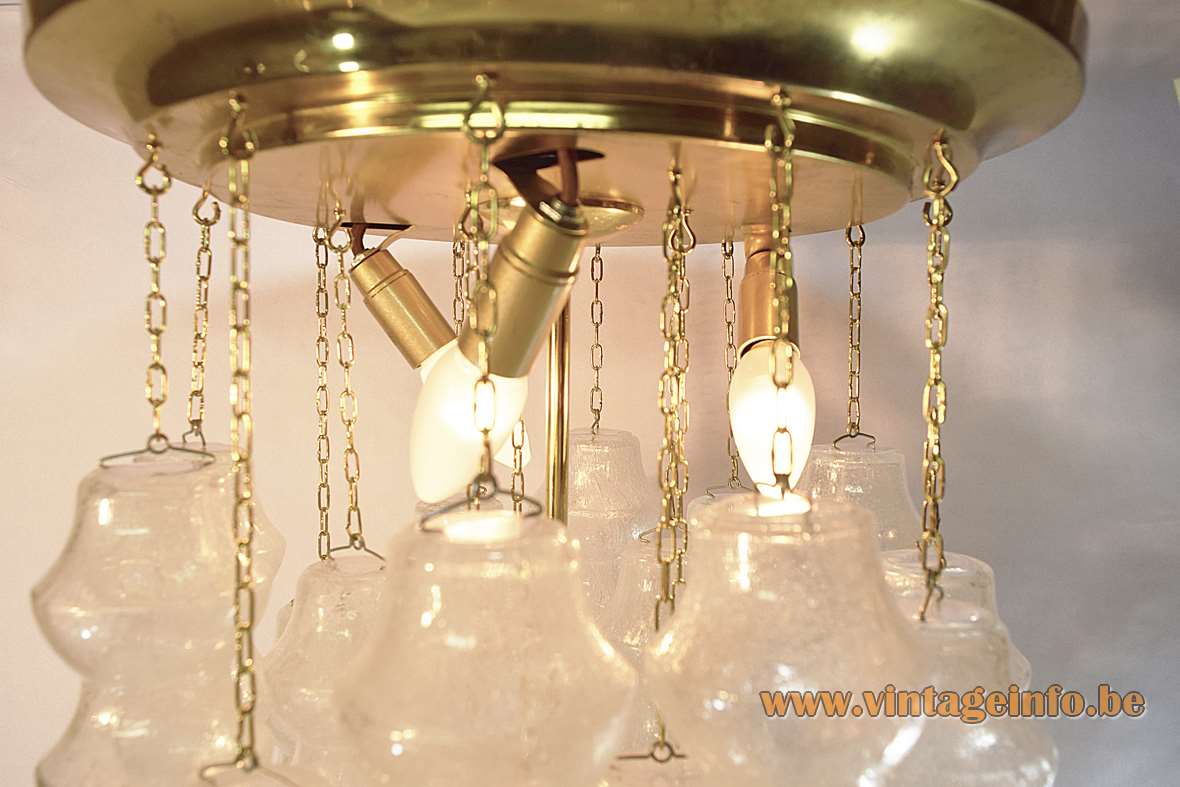 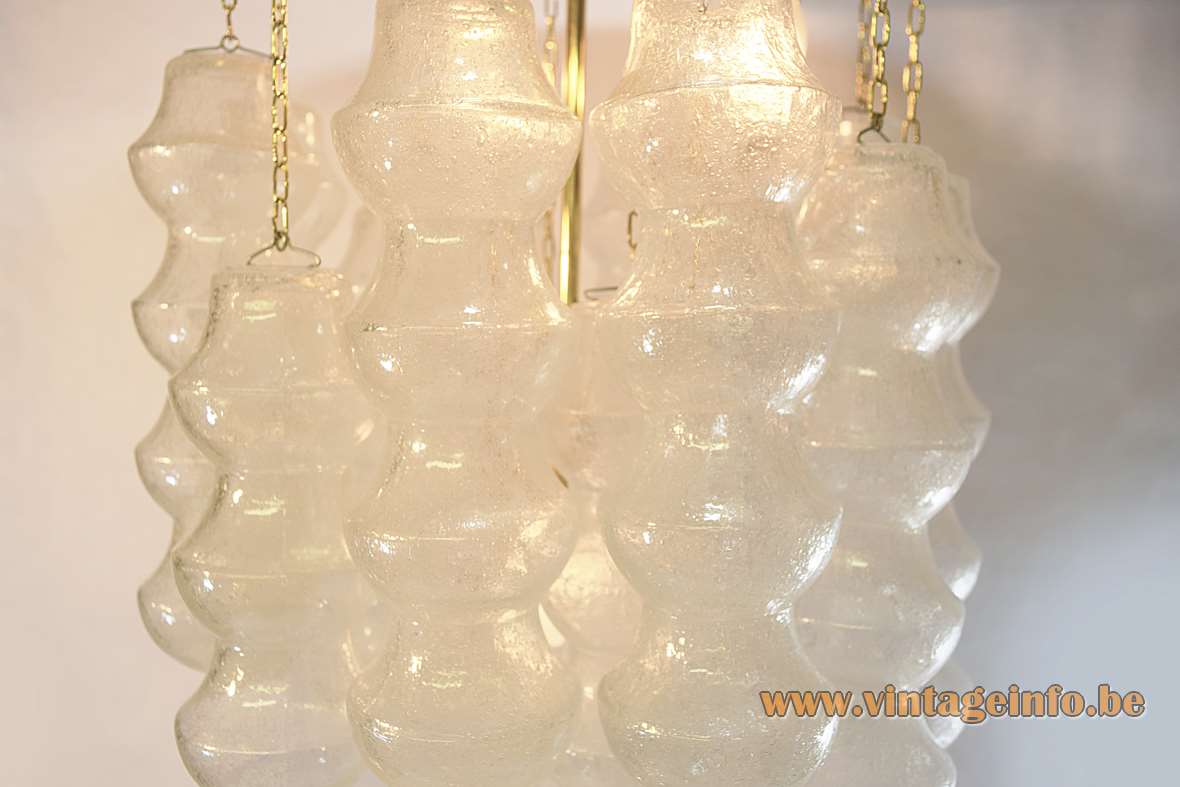 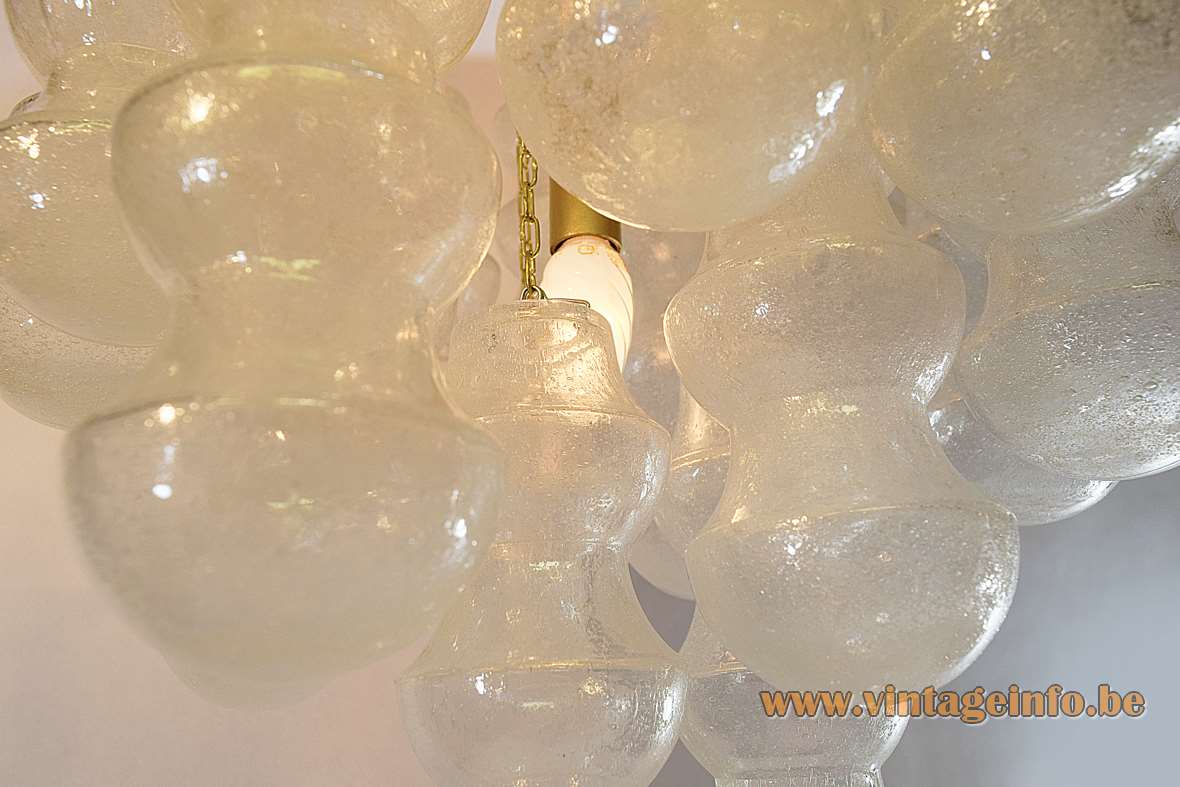 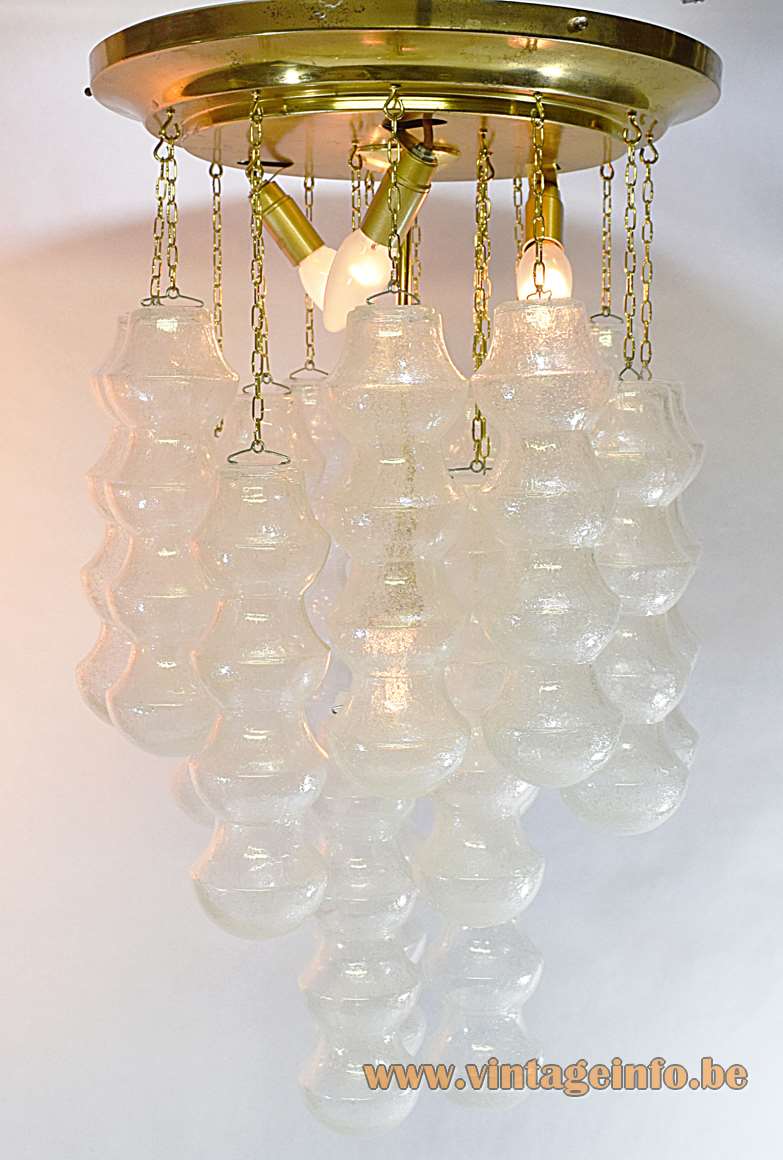 This is an example made by Selenova, also from the Murano island 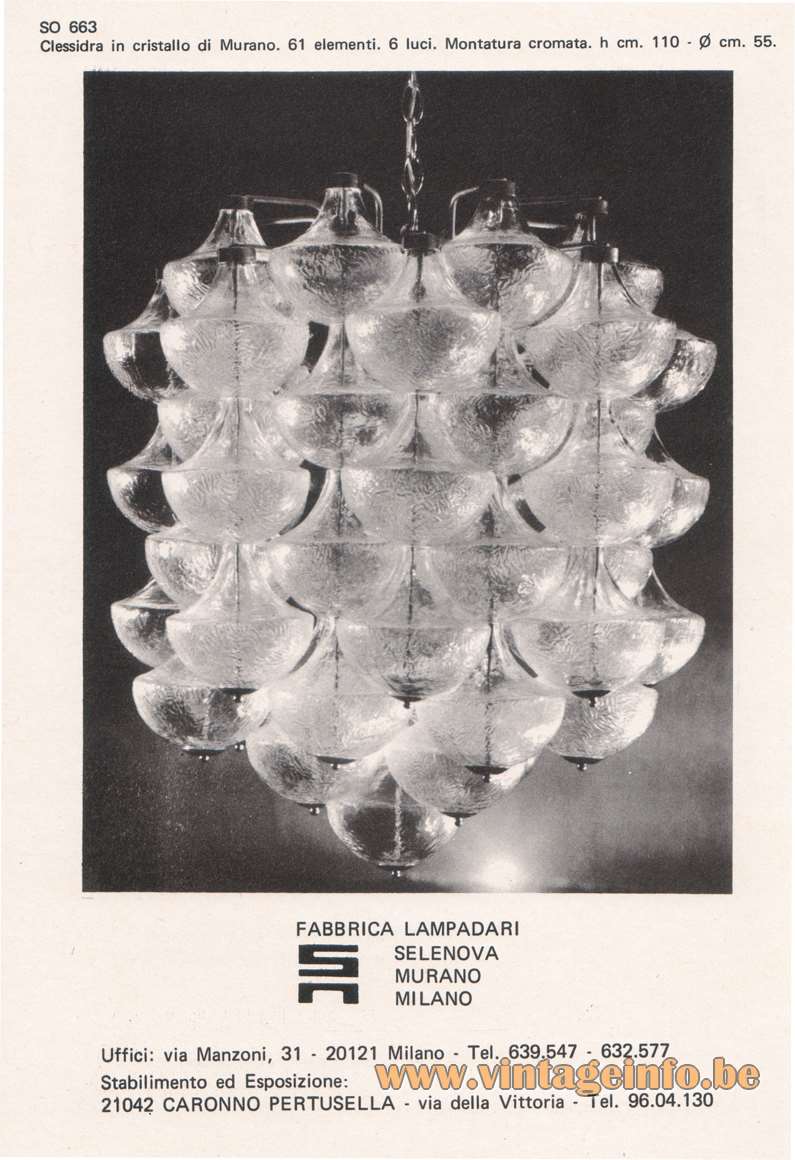 Napoleone Martinuzzi: Son of Giovanni and Amalia Fuga, both members of famous glass makers families on the island of Murano. He studied music, sculpture, ceramics and jewellery at the Academy of Venice and Rome.

Martinuzzi was the director of the glass museum in Murano from 1922 until 1931 and collaborated with Paolo Venini until 1932 when he founded with Vittorio Zecchin the Artistic Glass and Mosaics Zecchin Martinuzzi, whose purpose was the production of extremely fine glass, with a remarkable sculptural effect.

He participated in the Venice Biennale in 1932 and 1934 and the V Triennale of Milan in 1933, exposing artistic glass objects. After 1936 he devoted himself exclusively to sculpting.

In Veneto Martinuzzi he realised sculptures intended for public places. In particular to the War memorial in Murano and churches in Venice, Padua and Mestre.

Carlo Scarpa was an Italian architect born in Venice in 1907 and influenced by the materials, landscape and history of Venice and Japan.

The Gino Cenedese and son glassworks owes its name to the founder, belonging to a family of glass glass makers families on the Venice island of Murano.

Gino Cendese (1907-1973) went into the glass furnace art at the age of 9 learning the art and craft from several glass masters.

In 1946, at the end of the second world war, encouraged by the new times, he founded the Gino Cendese & Co glassworks company. Under his guidance it reached a national and international level because of the high quality of the production.

Alongside the ancient tradition of glass making at Murano with the production of mouth blown glass objects, Gino Cenedese was able to expand into the attractions of contemporary art, to the continuous research into new ways of enhancing and interpreting the properties of glass.

Other chandeliers and flush mounts such as this one. Described as lamps made by Cedenese, AV Mazzega, Seguso… 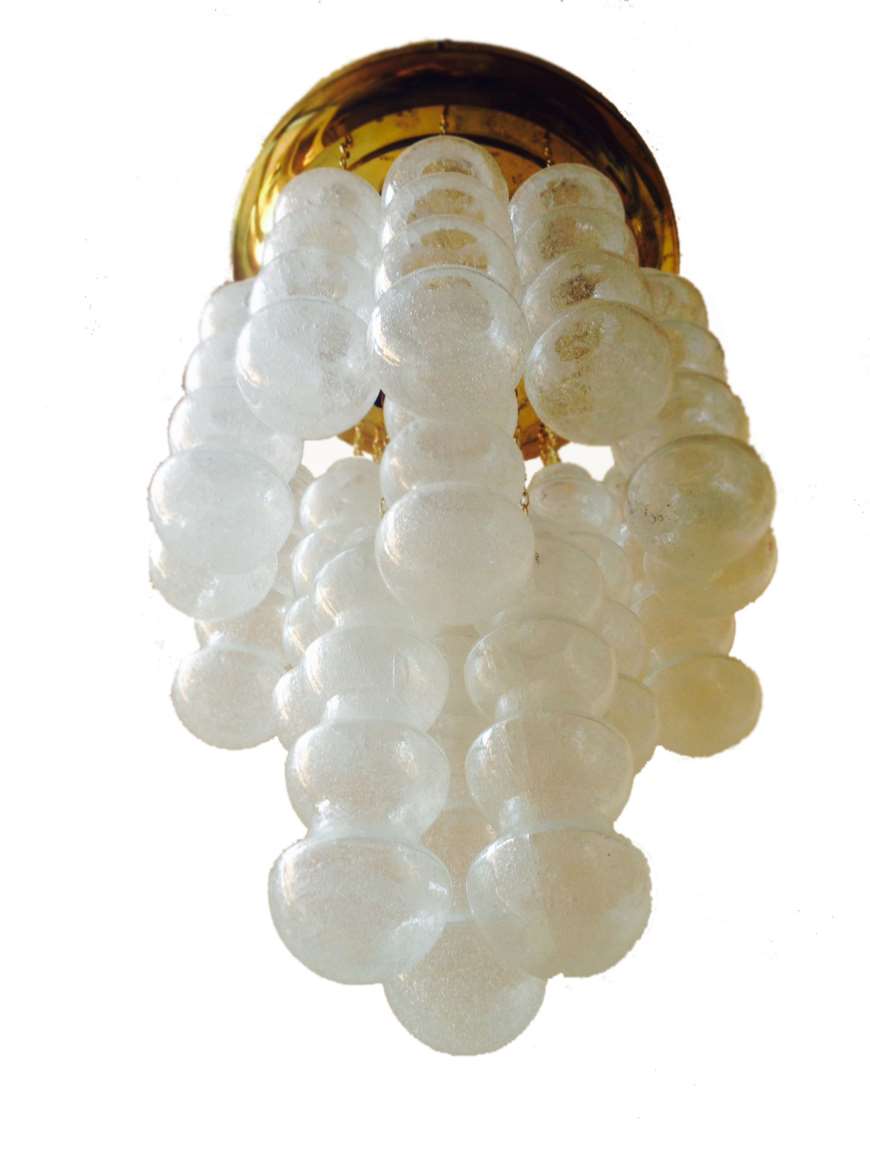 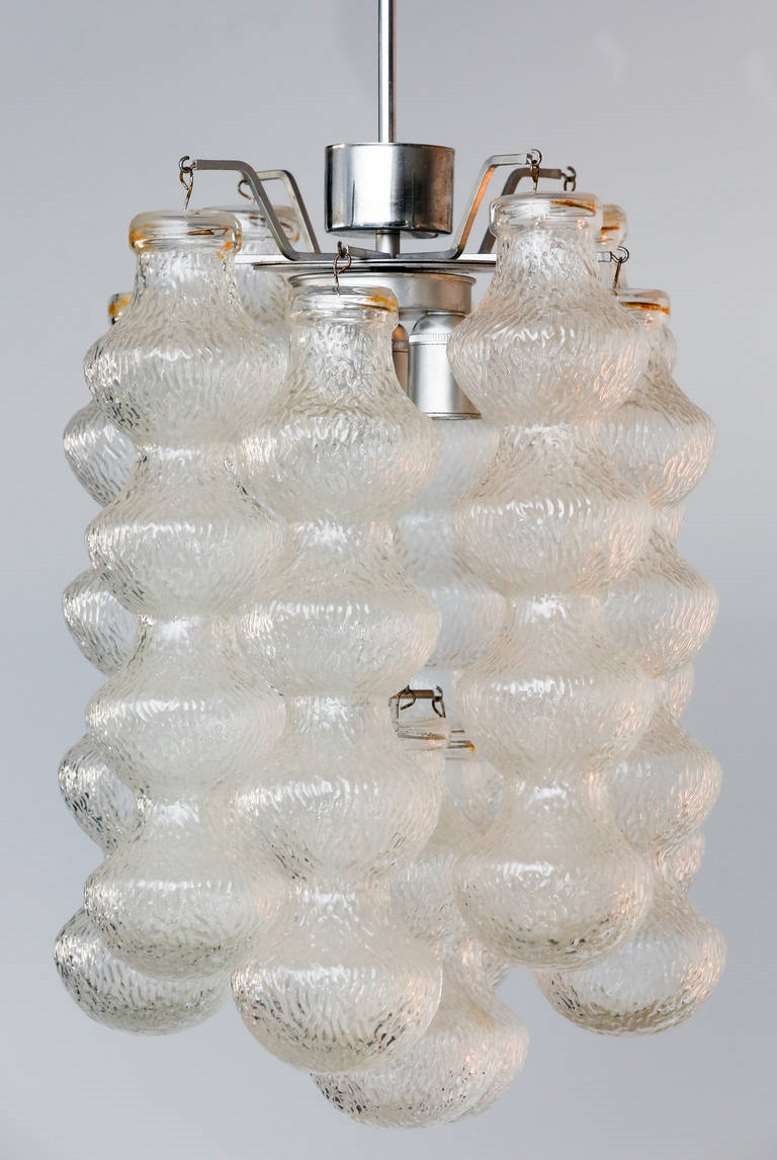 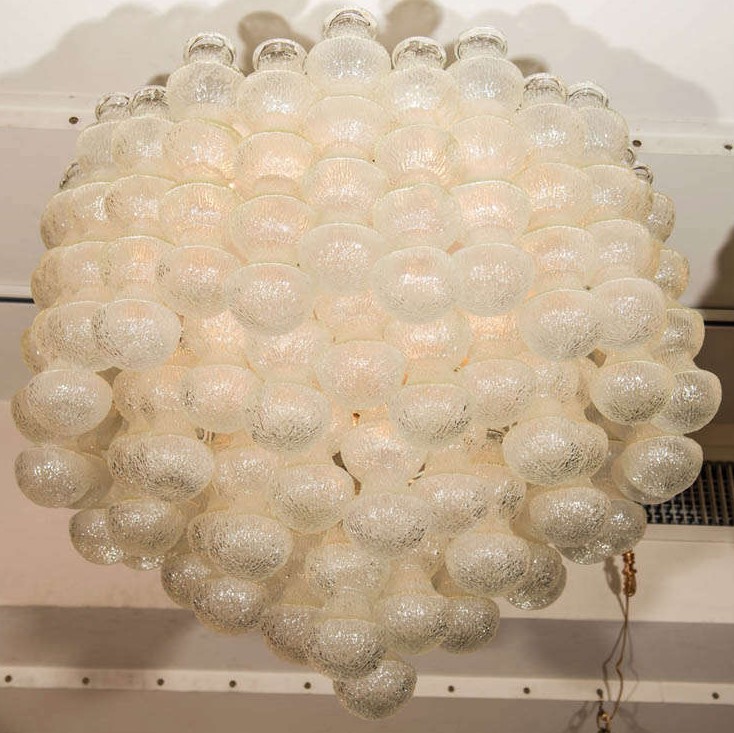 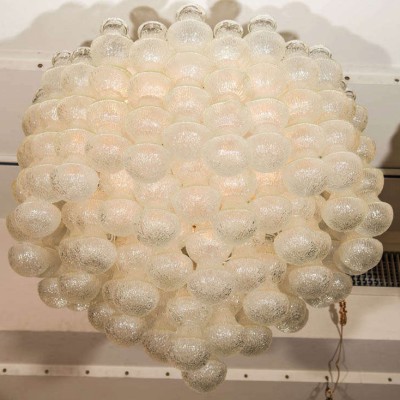 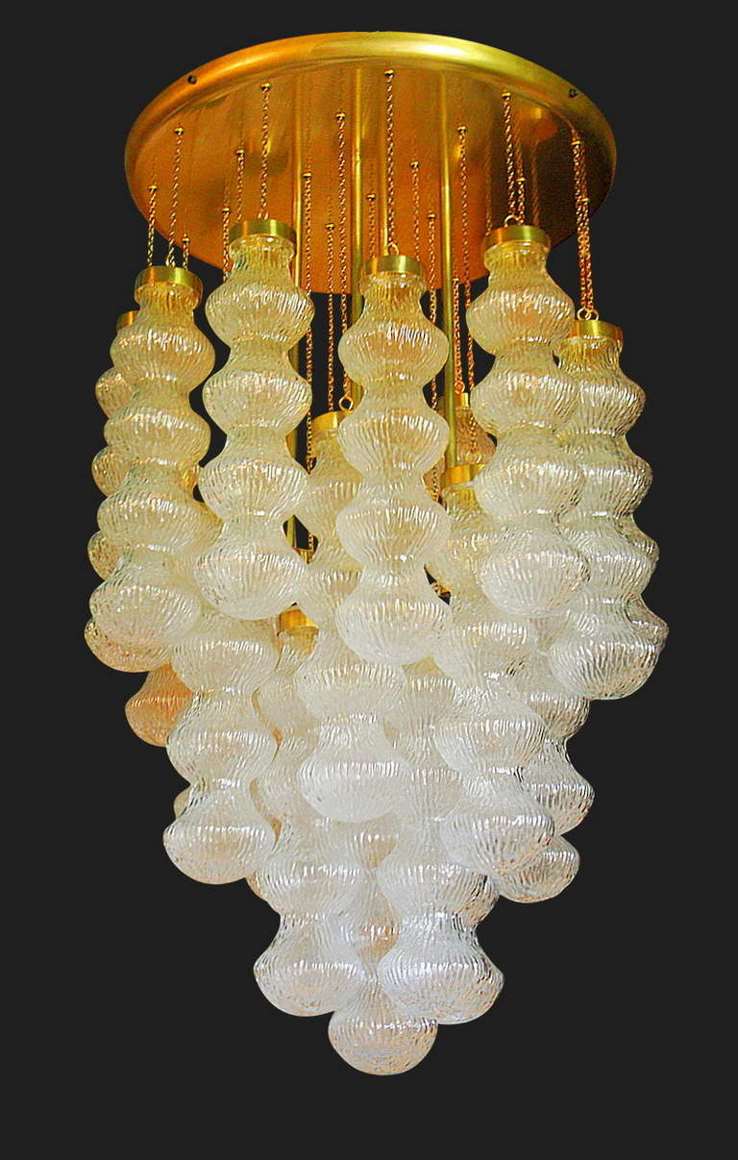 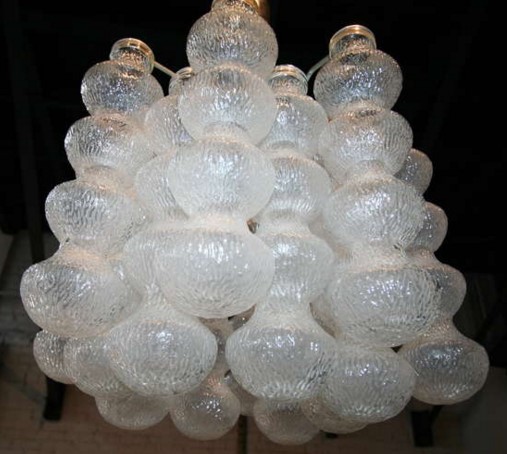 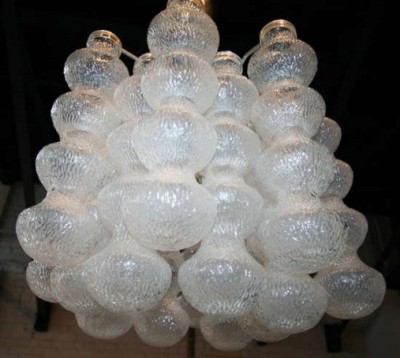