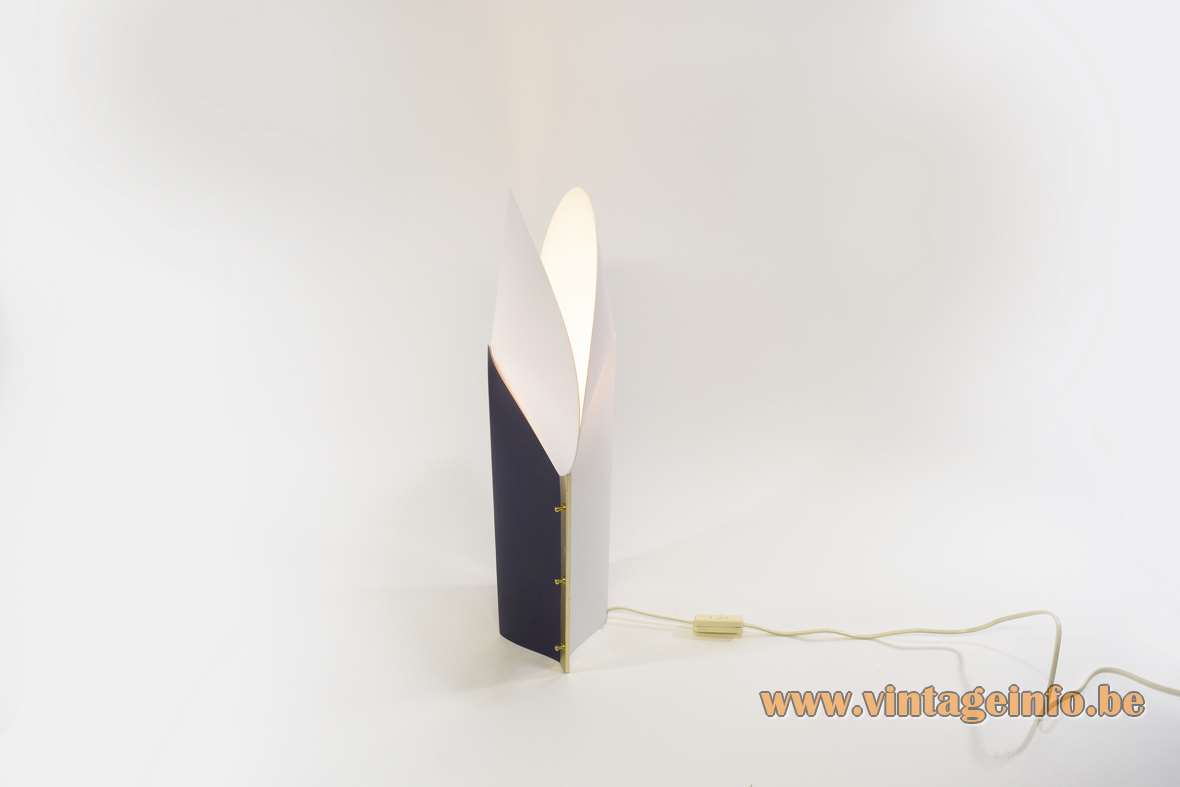 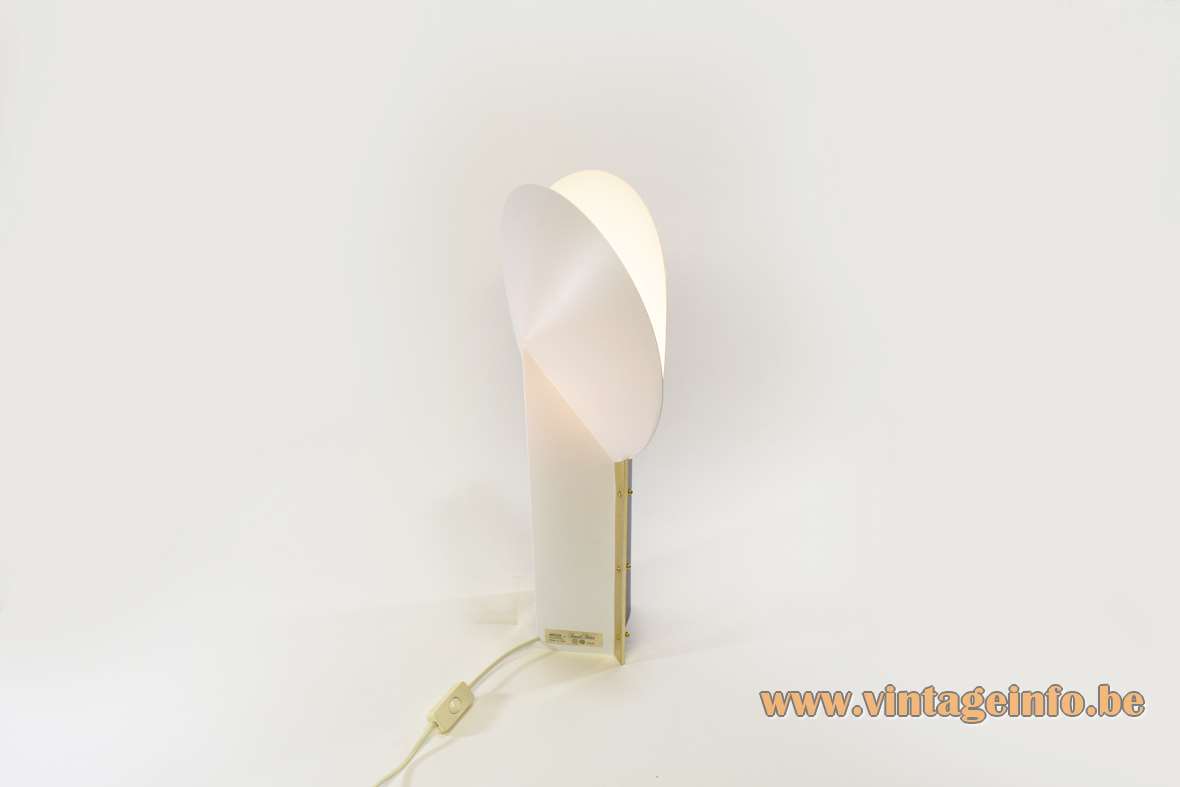 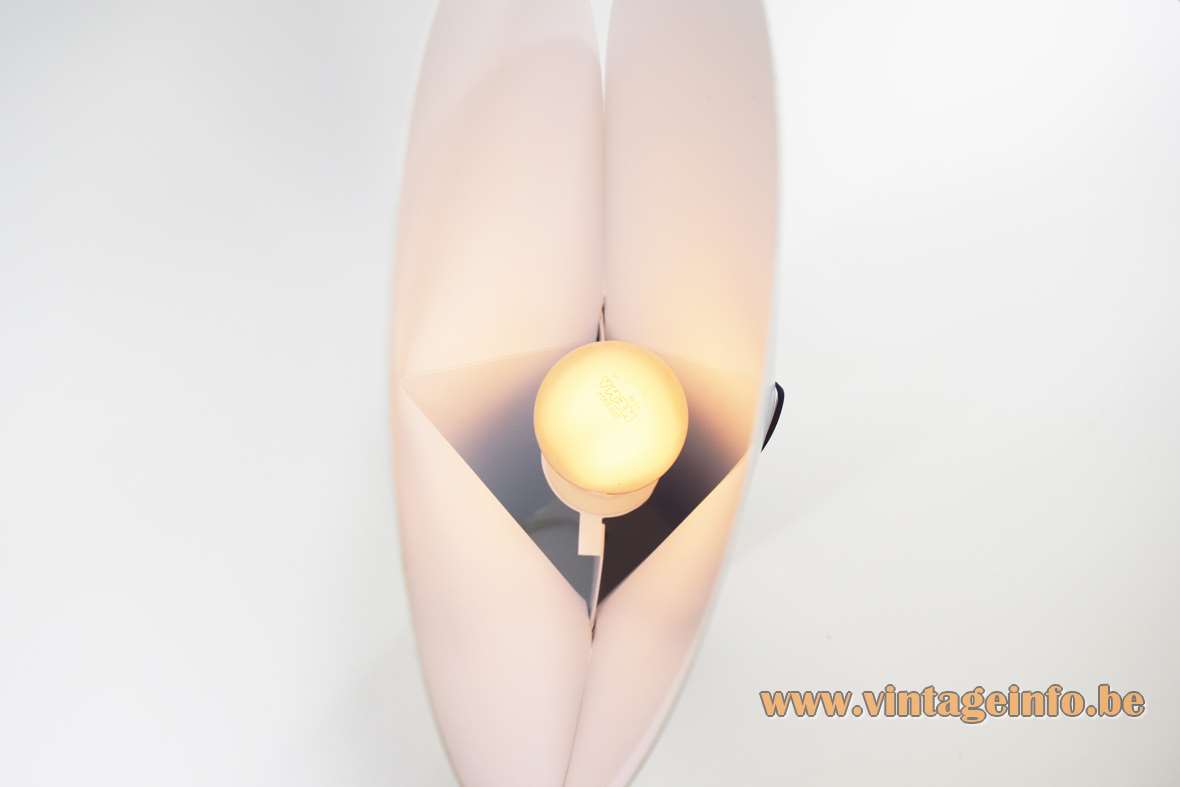 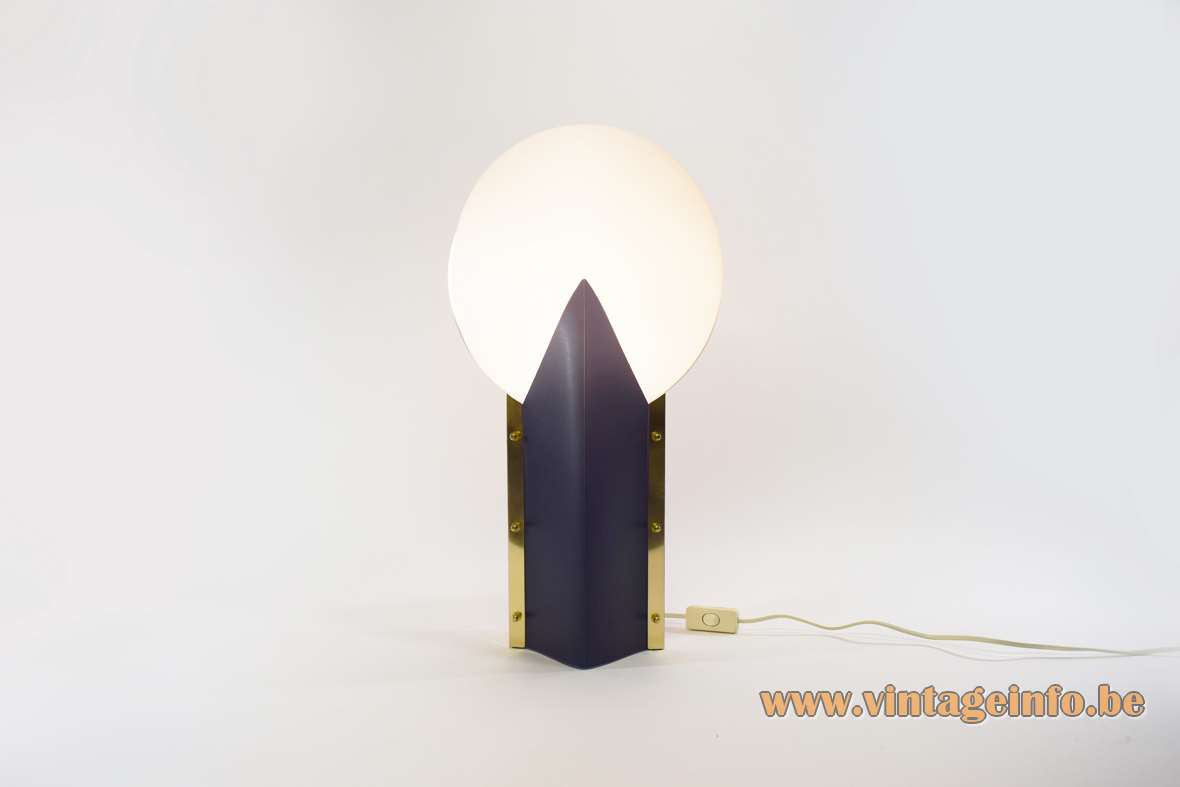 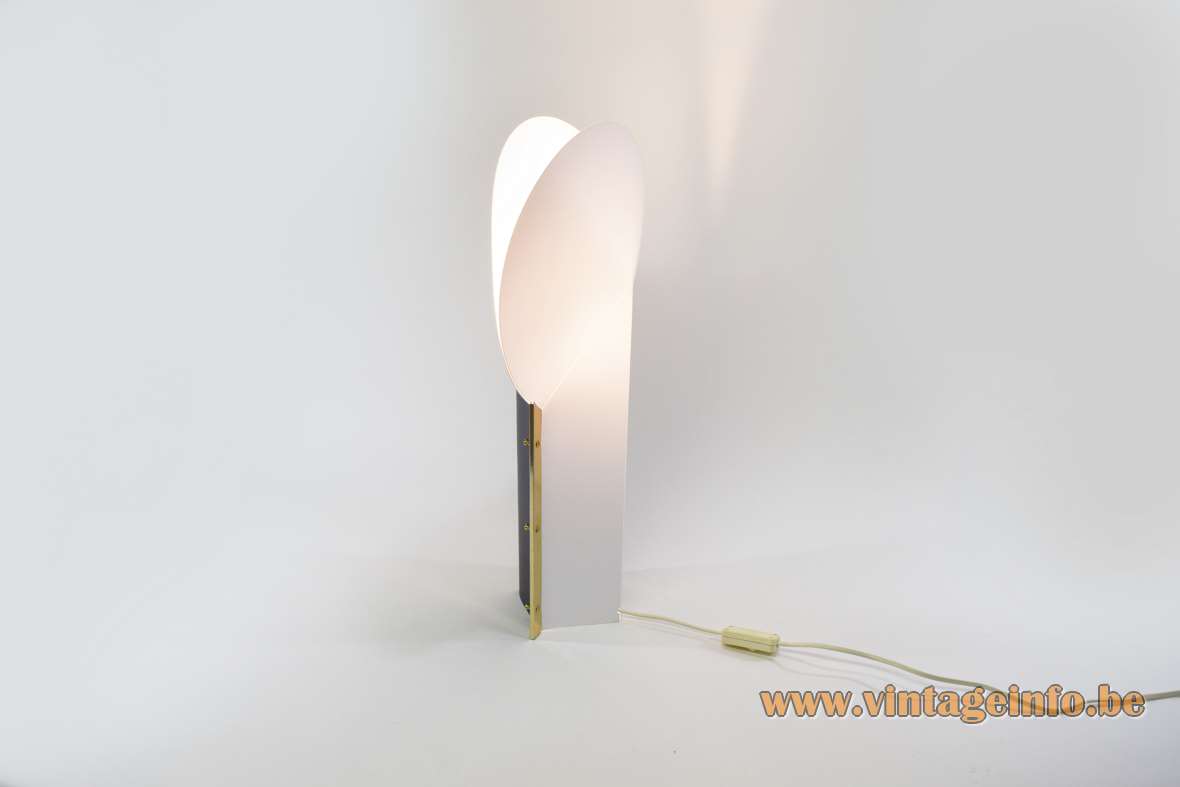 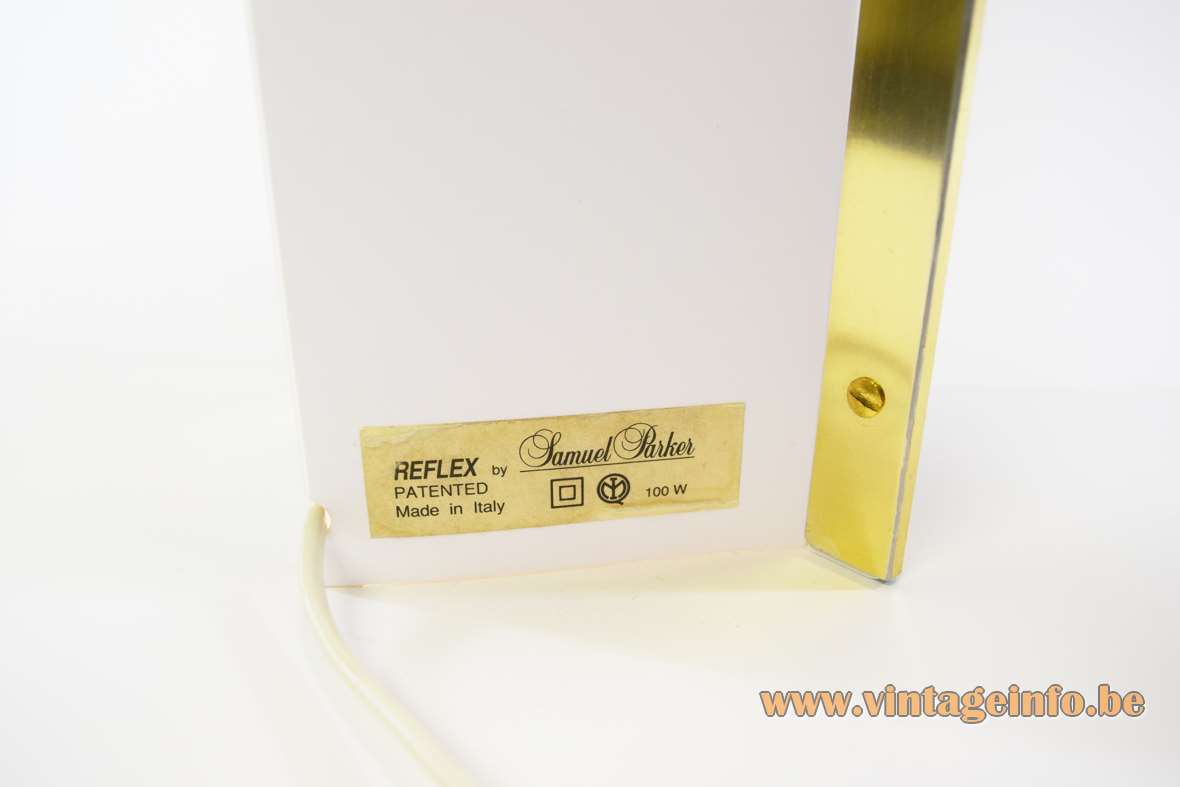 Electricity: 1 bulb E27, 1 x 100 watt maximum,  110/220 volt.
Any type of light bulb can be used, not a specific one preferred. However, clear bulbs creates stripes on white lampshades.

Other versions: The Samuel Parker Reflex table lamp was made in several colours. Later editions are named Moon and they are produced by Slamp S.p.A. Slamp S.p.A. is the same company.

Samuel Parker srl was founded in the late 1980s, early 1990s. In 1994 the name changed into Slamp S.p.A. The company is located at the same address.

Slamp wants to bring creative high-quality lamps. With eye for detail connected with industrial production. Slamp distinguishes itself from other Italian brands by creating and patenting innovative materials. These materials are exclusively used by Slamp lighting and make their products unique and instantly recognisable.

Over the years, Slamp worked with well-known international designers and architects, such as the deceased Zaha Hadid, who released the Aria and Avia collections at Slamp. Doriana and Massimiliano Fuksas from the well-known architectural studio Studio Fuksas also released a collection.

Opalflex®, a material obtained through a mix of techno-polymers and glass crystals. The material is flexible but unbreakable and contains beautiful colour shades. In recent years, Slamp has further expanded the Opalflex materials with various finishes such as Lentiflex®, Goldflex® and Copperflex®. 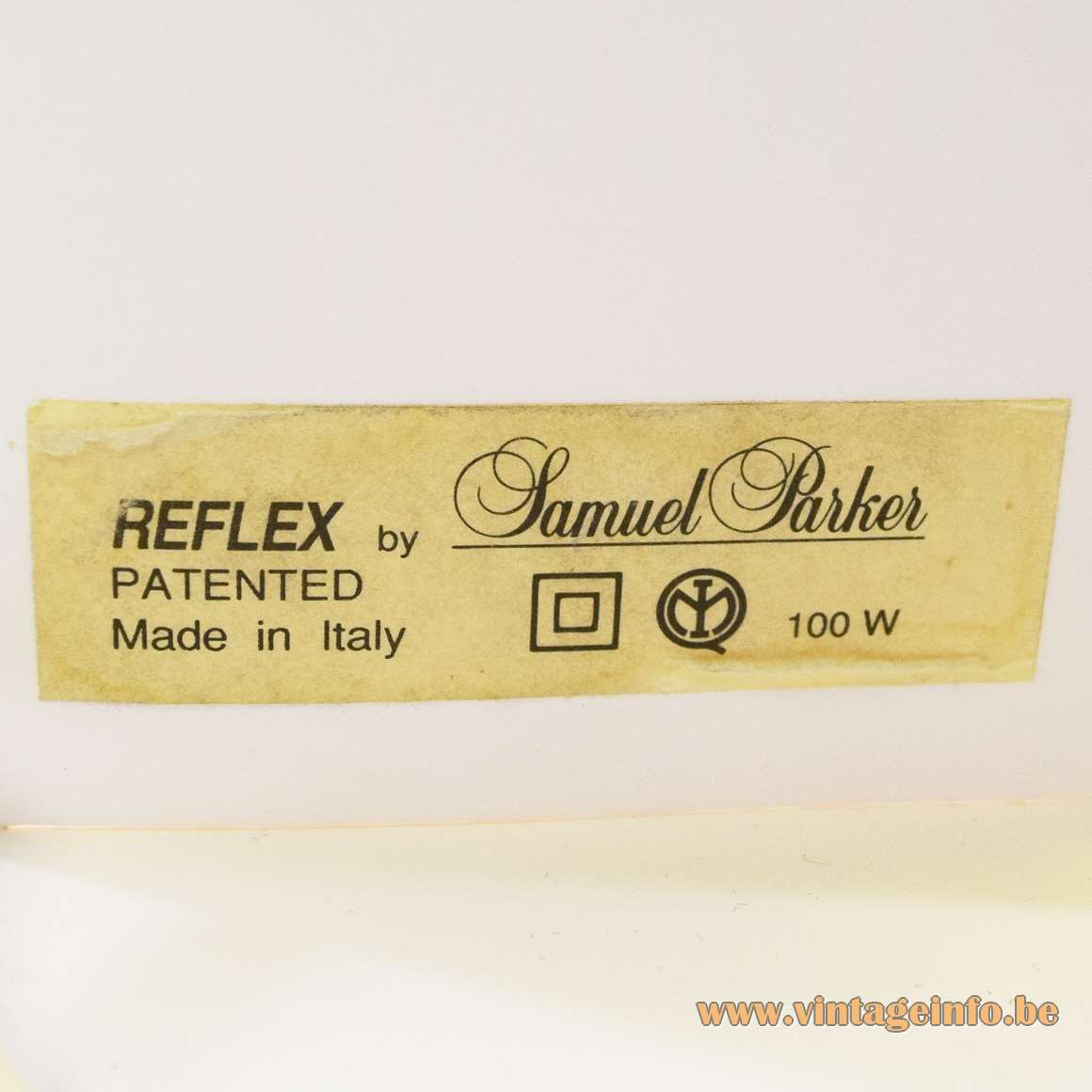 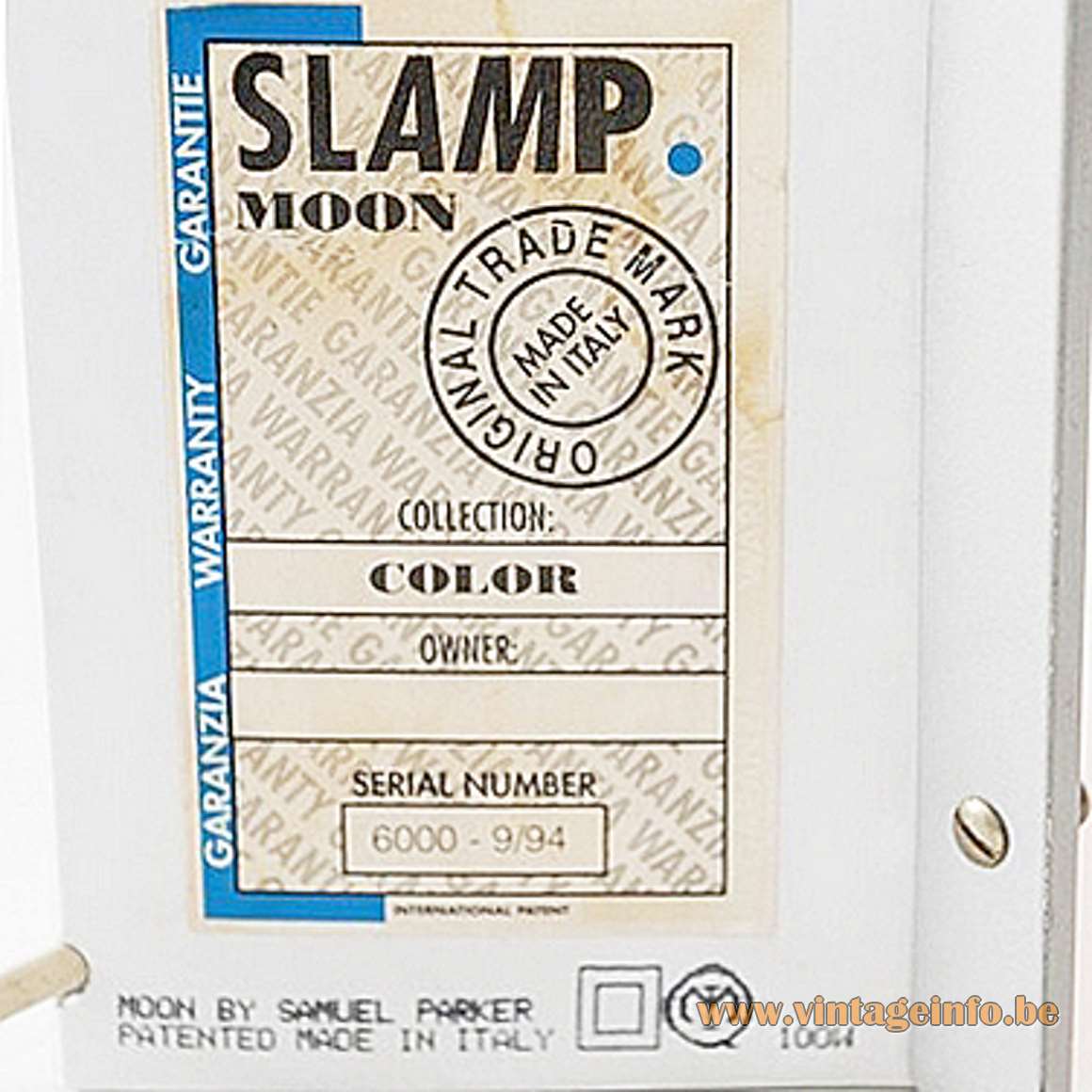 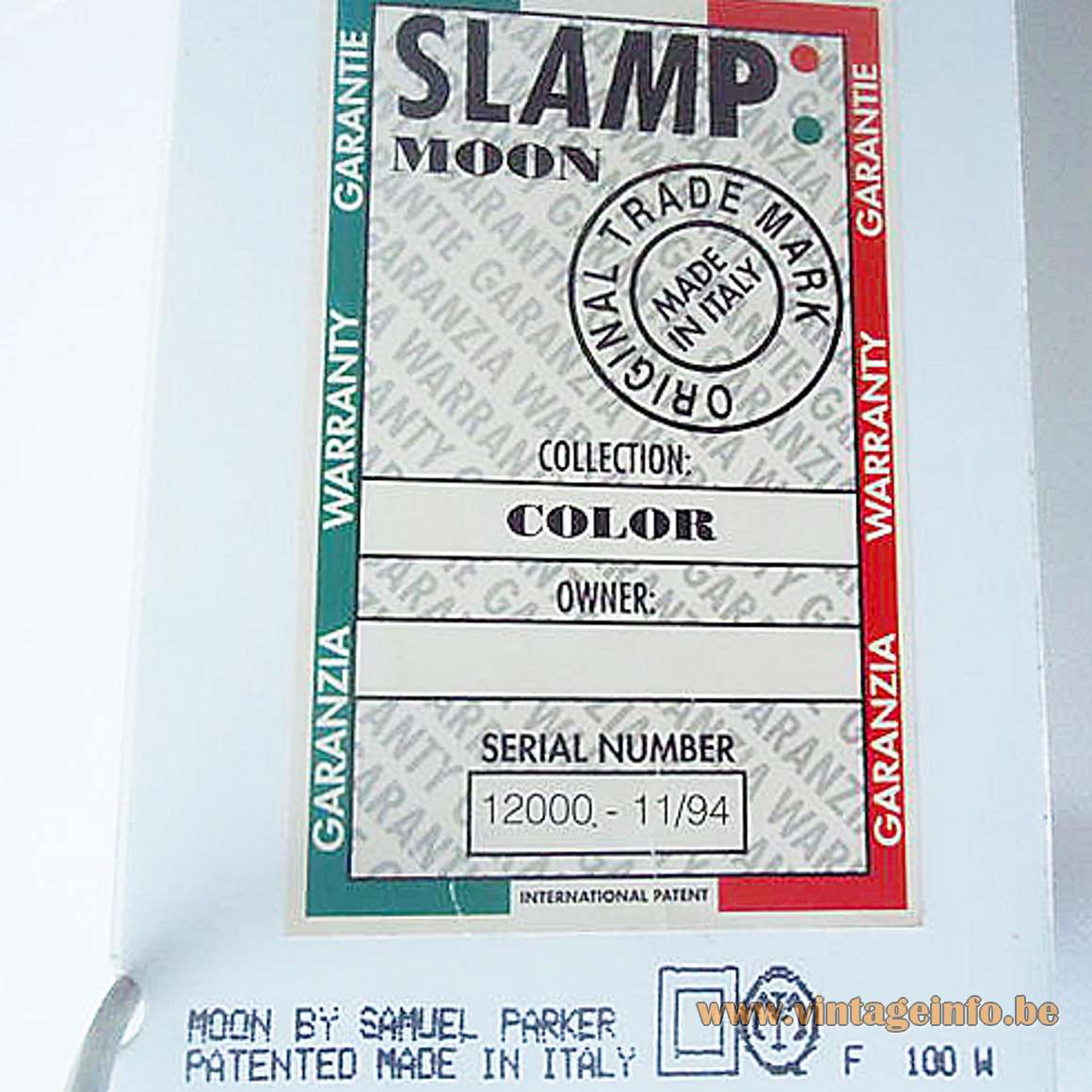