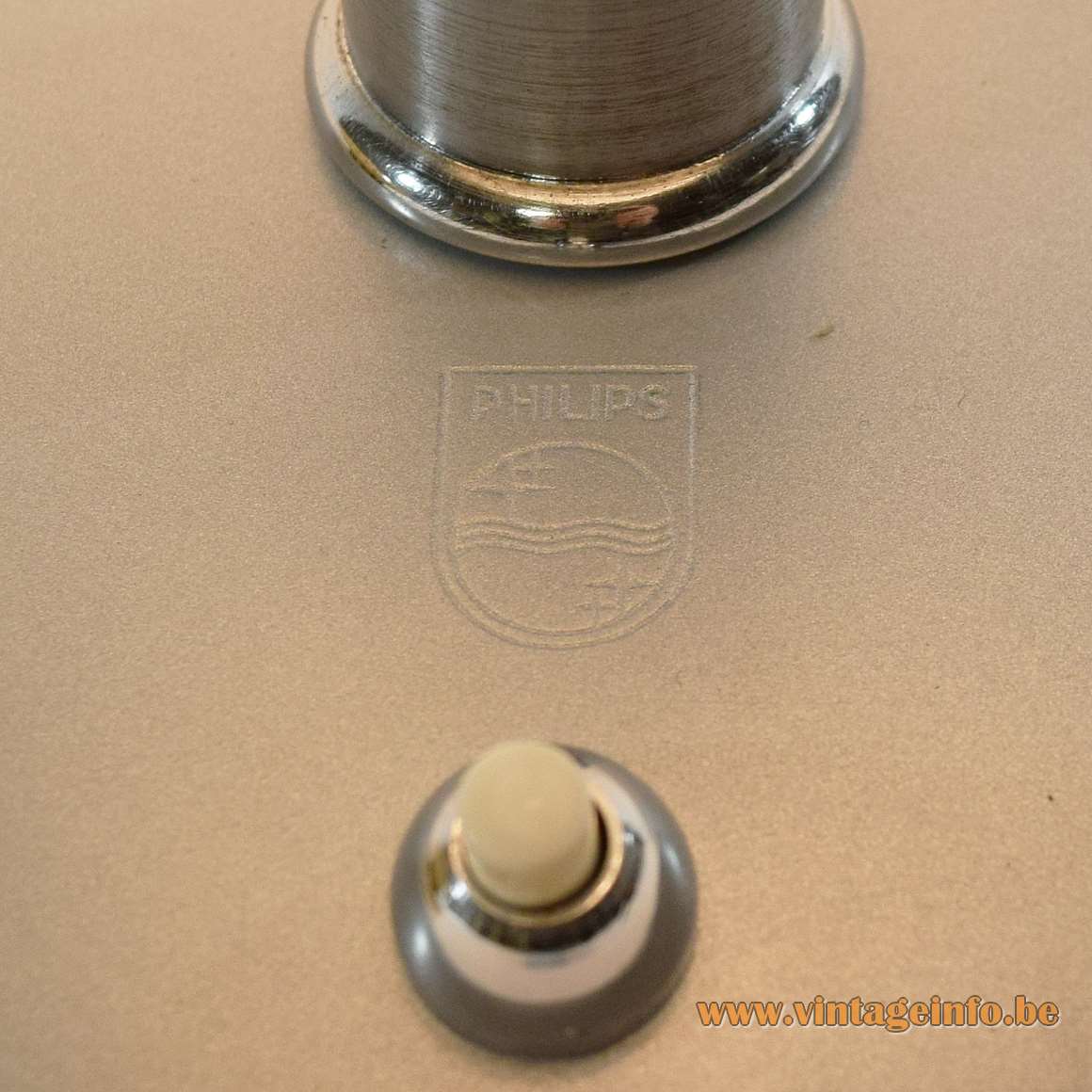 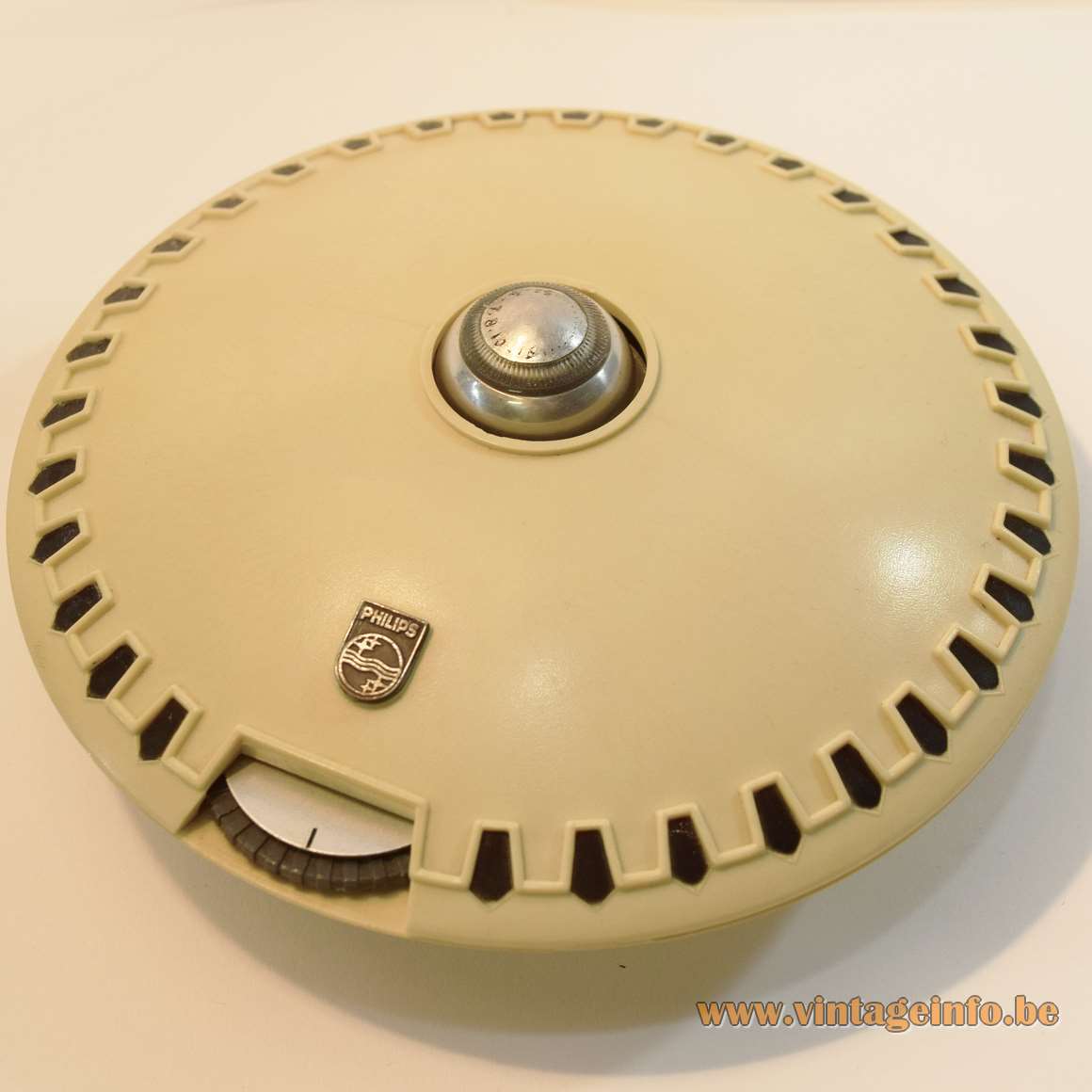 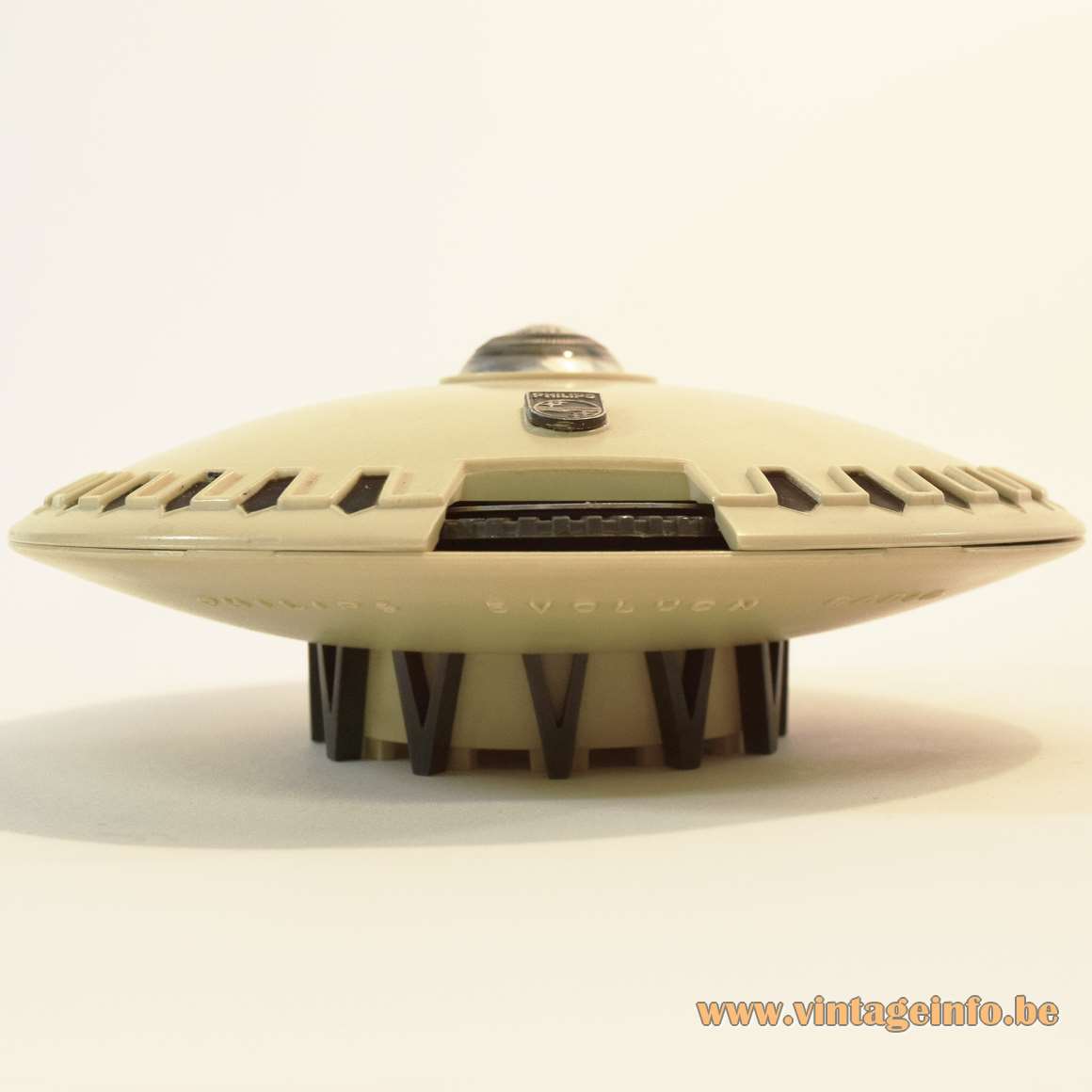 A 1950s Louis Kalff desk lamp was used as a prop in the 2017 Belgian television crime series Unité 42 (Unit 42). Starring Patrick Ridremont, Constance Gay and Tom Audenaert. It appears several times in the first episode, as you can see. Many other lamps appear in the series.


Other versions: This Louis Kalff mushroom desk lamp was made in many different colours. Also produced with a stainless steel or brass rod. These lamps were made in several sizes. The biggest lamp, +- 60 cm / 23” high was for a 200 watt bulb. They were made in several varieties over the years. A silver and gold plated version can be found over here, on Vintageinfo. 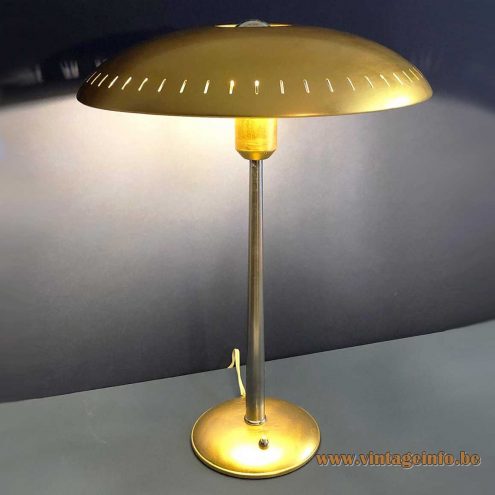 A dark grey 1950s Louis Kalff desk lamp was used as a prop in the French psychological thriller TV series Les Rivières Pourpres (The Crimson Rivers) from 2018. Starring Olivier Marchal and Erika Sainte. In the early 2000s 2 films were made with the same name and characters. The lead role was then played by Jean Reno. This is a follow-up series.