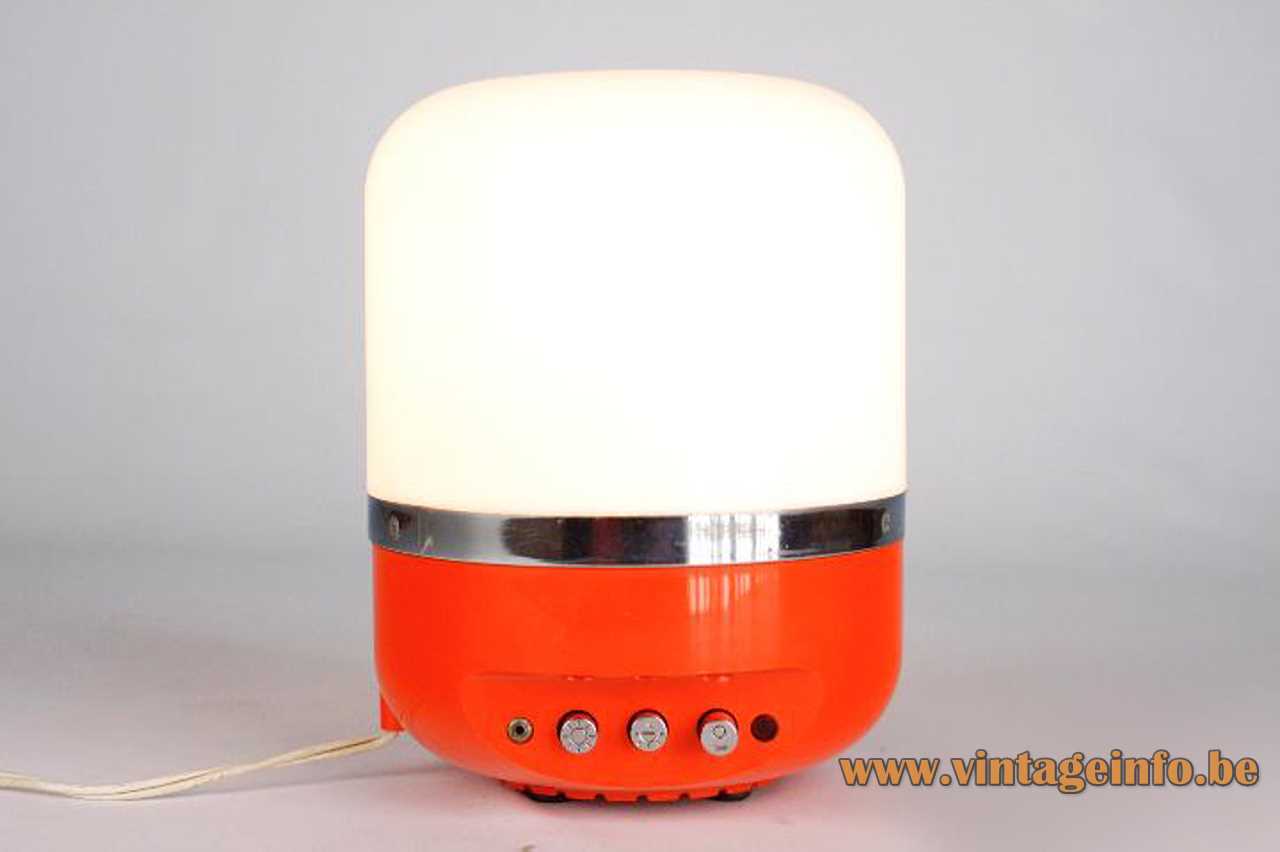 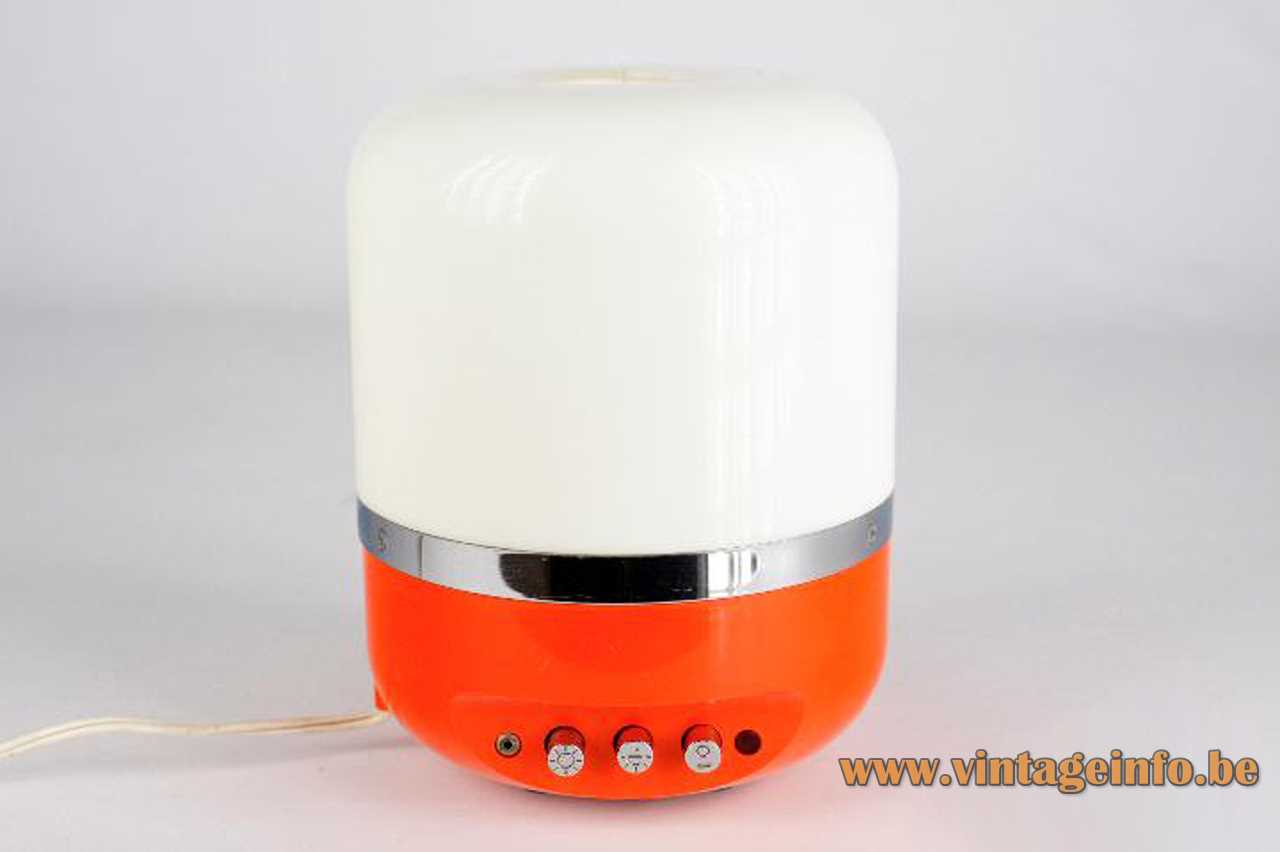 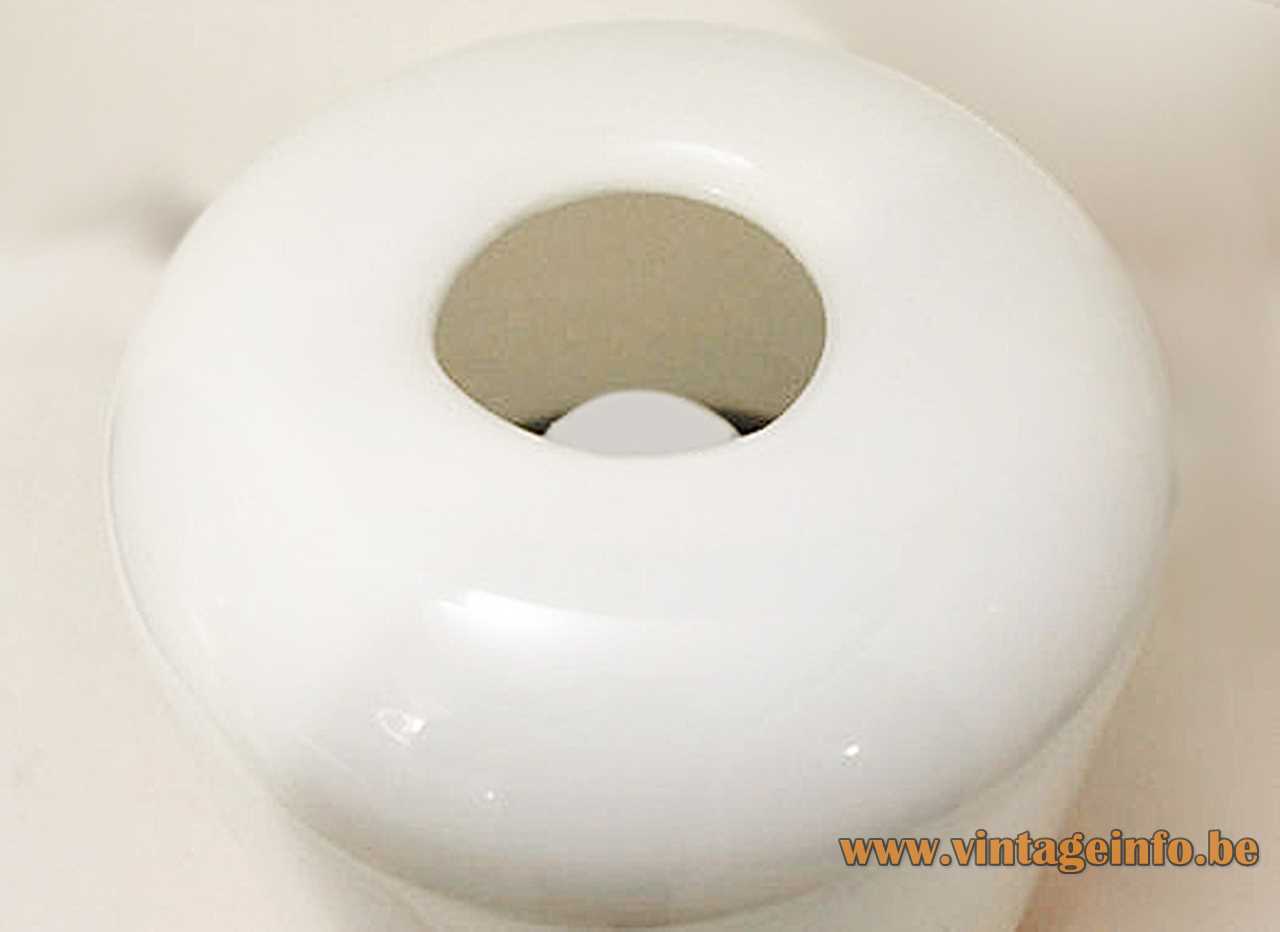 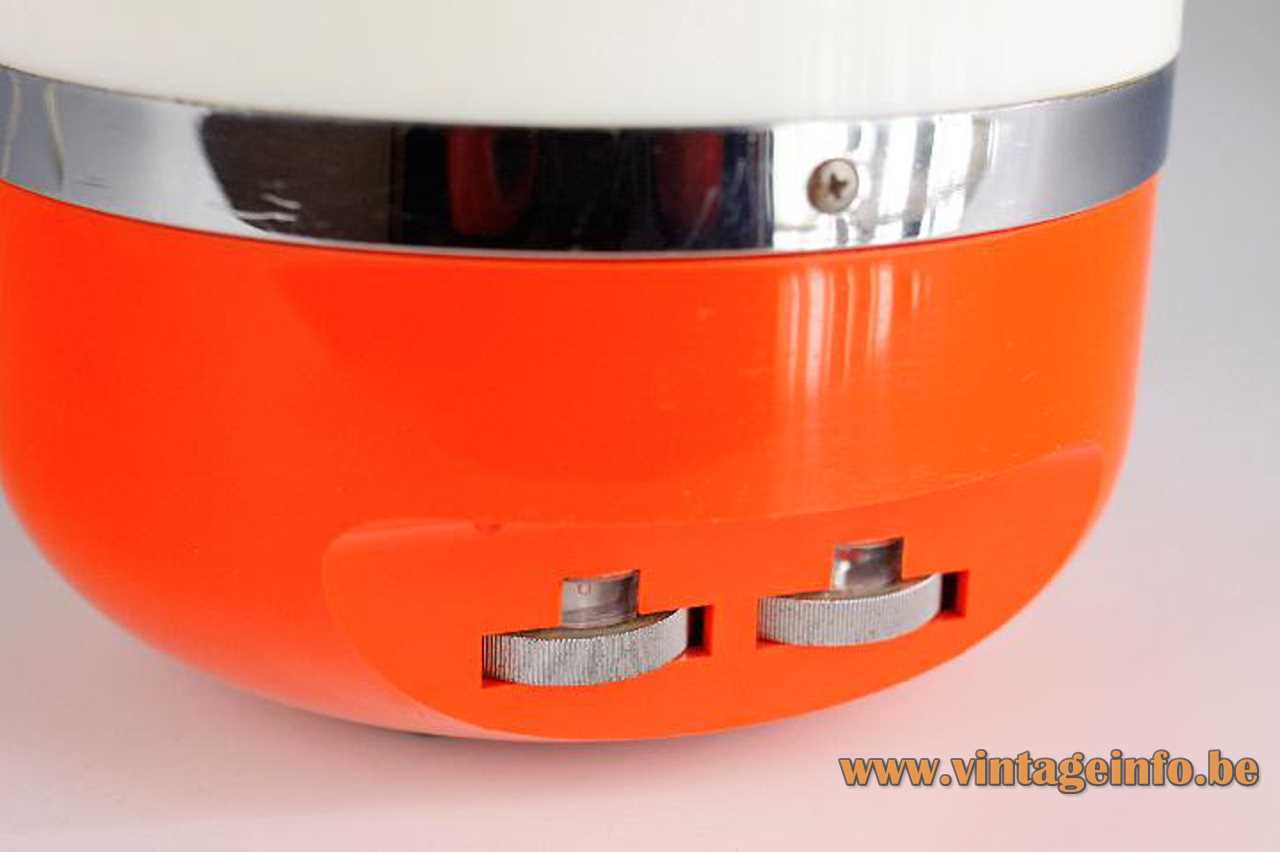 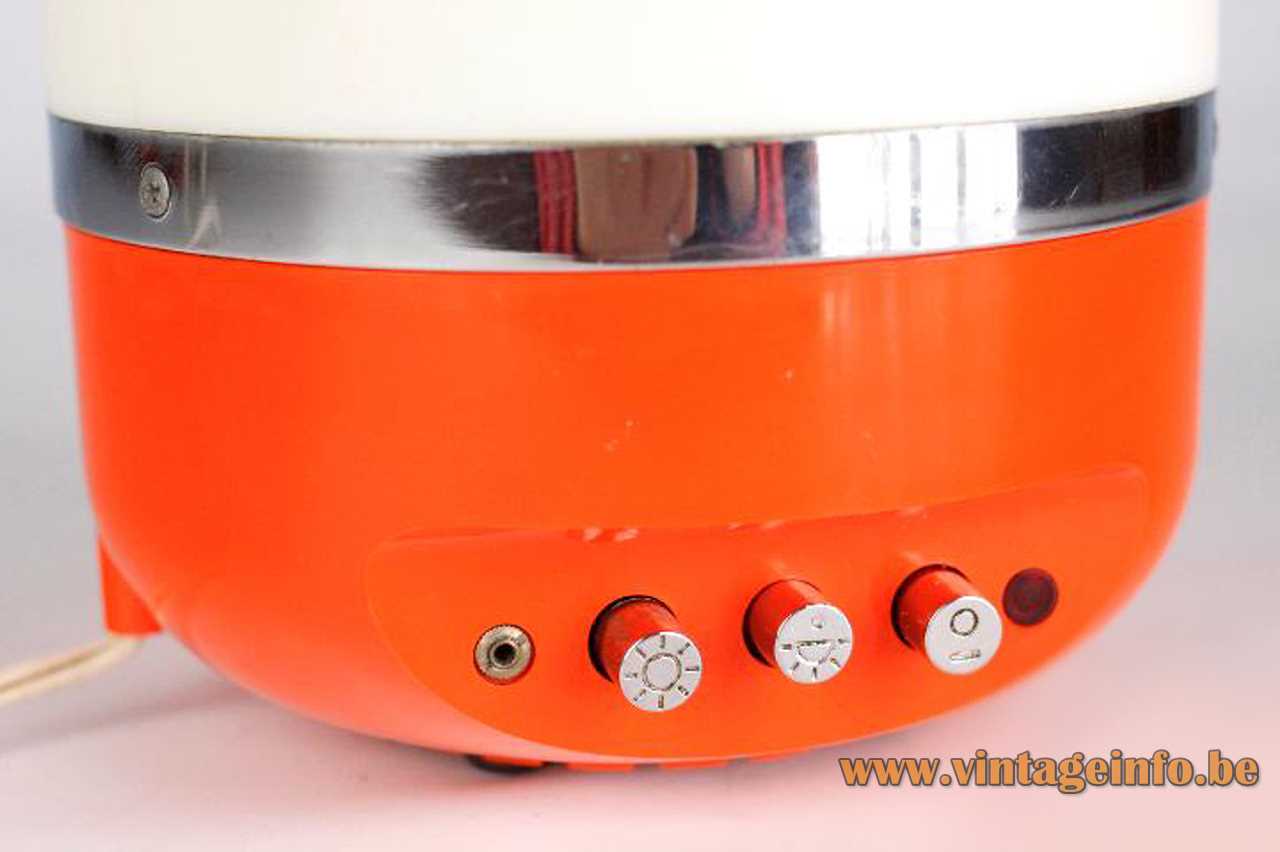 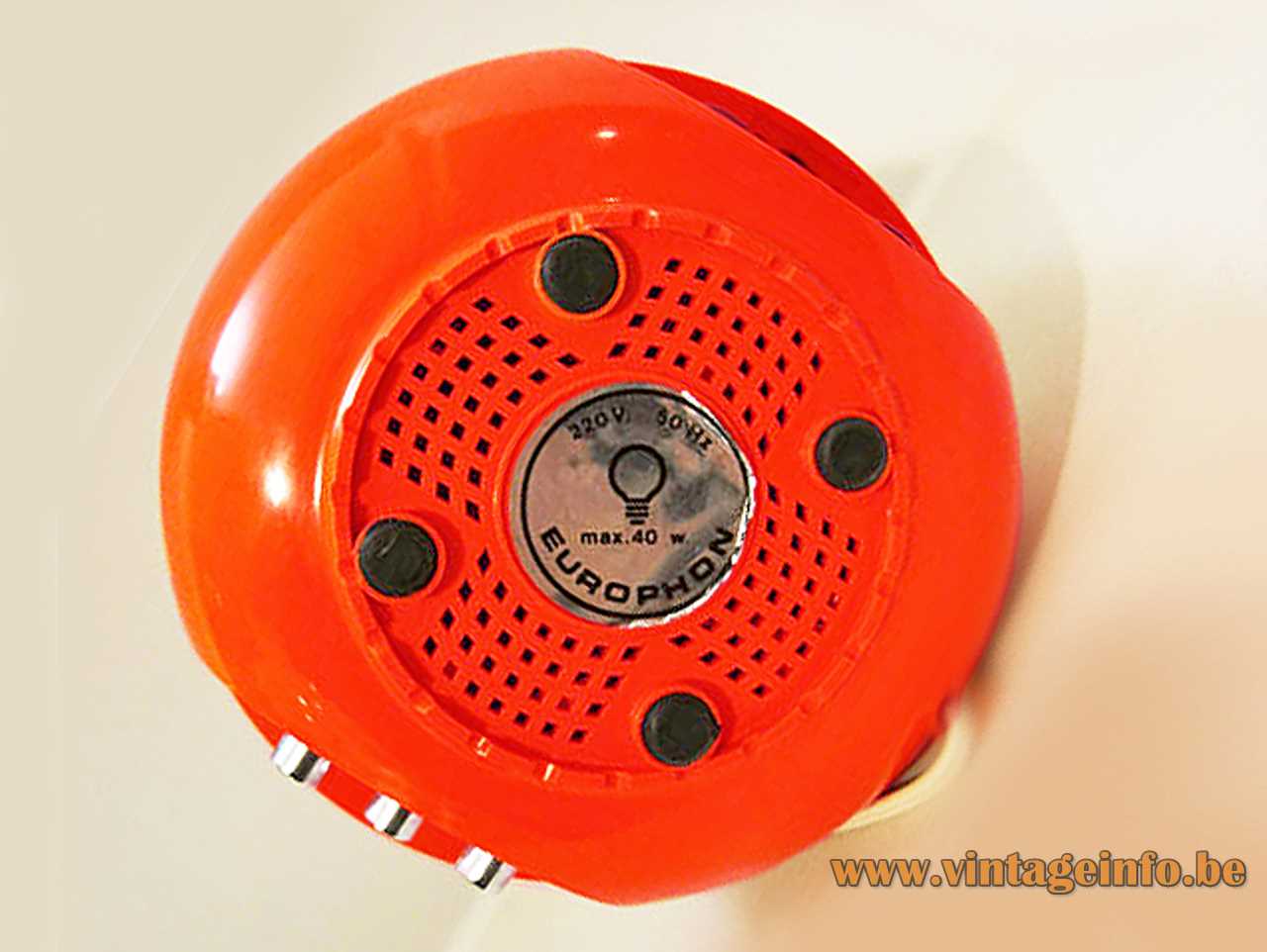 No information can be found about the designer, unfortunately. He designed several items for the company. Among others the famous clock radio Europhon H10, 20 and 30. This Europhon radio table lamp is model 72.

Europhon was founded in 1949 by Andrea Zenesini. The company began its activities with the production of radio sets. In the following years it also produced turntables, televisions, razors, fans and electric brooms.

The succes for Europhon came in the early sixties when other factories opened with more than 1100 employees with a monthly production of 125000 pieces. The success came from the sale of simple and cheap objects.

Europhon also produced advertising gadgets for third parties, in 1966 the Stilofono (Stylophone), a radio in a pen holder and in 1969 an FM radio in the shape of a bottle and with the sign of the egg liqueur VOV.

Since 1970 a commercial branch was opened in Germany called Europhon Service GmbH. Europhon also continued to work on the qualitative evolution of stereophony, without however leading to further technical results. Different brands were also used to market objects that were discontinued by Europhon, or assembled with lower quality for different markets.

The founder of Europhon, Andrea Zenesini, abandoned the company he founded in 1978. Europhon never shook off its reputation as a manufacturer of cheap items.

In 1990 Europhon found itself in irreversible financial conditions and without any prospect. At that point the company took the road to liquidation. Topvision was born in 1990 in continuity with Europhon of which it holds the rights of the brand. Production continued until the 2000s.

The German Europhon continued on paper due to the long phases necessary to conclude the bankruptcy procedures until 2012.