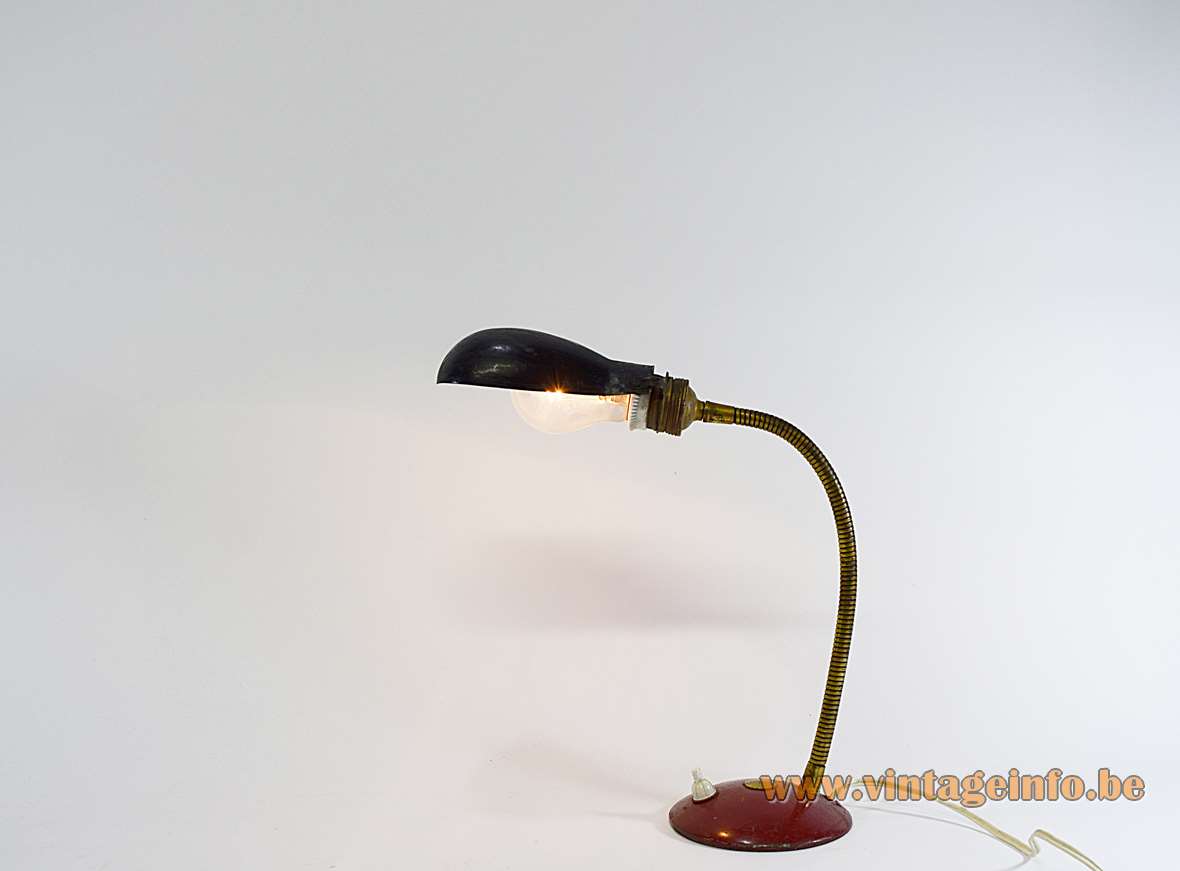 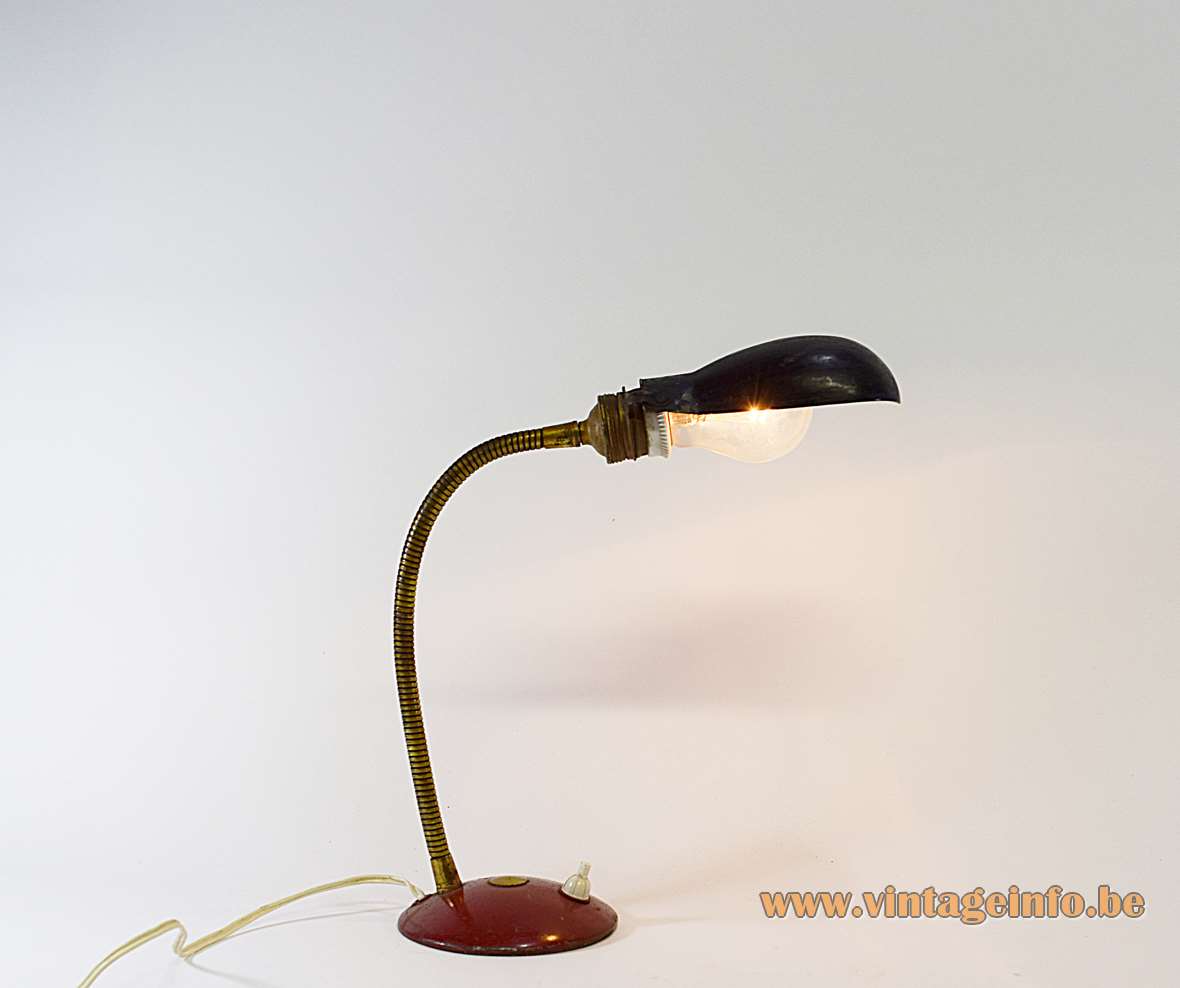 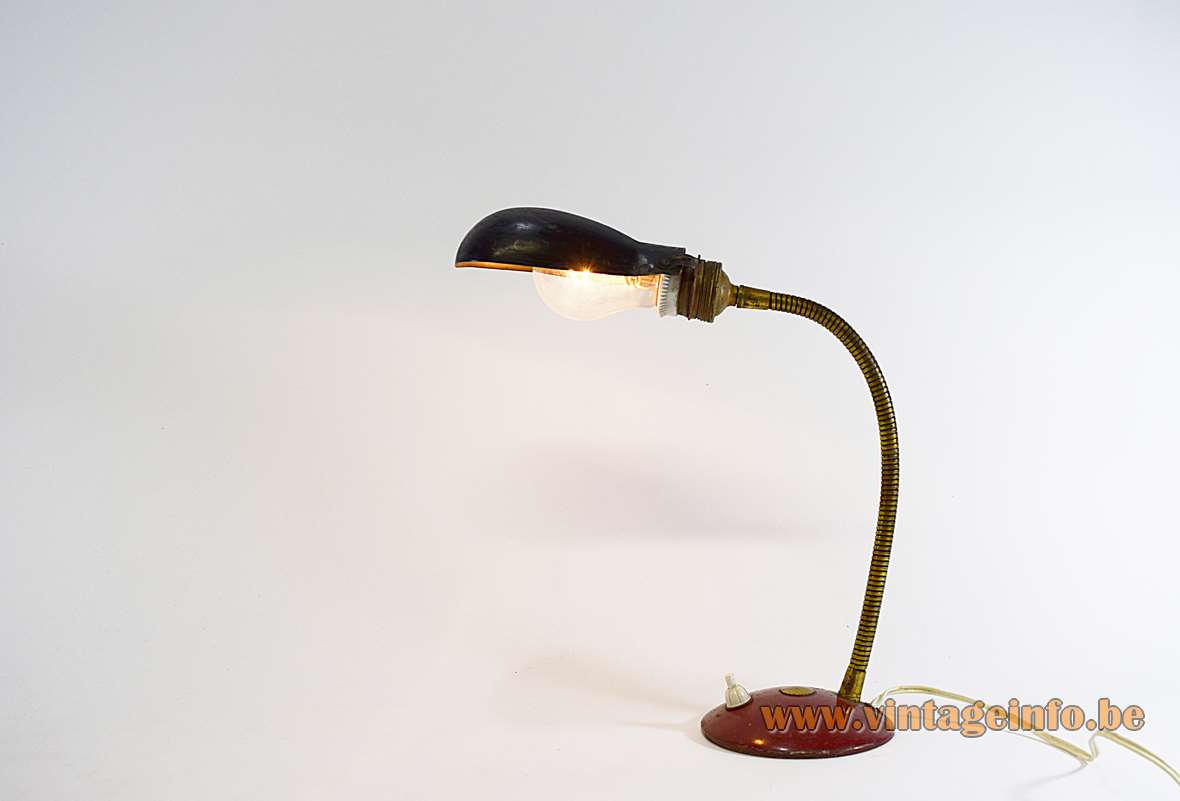 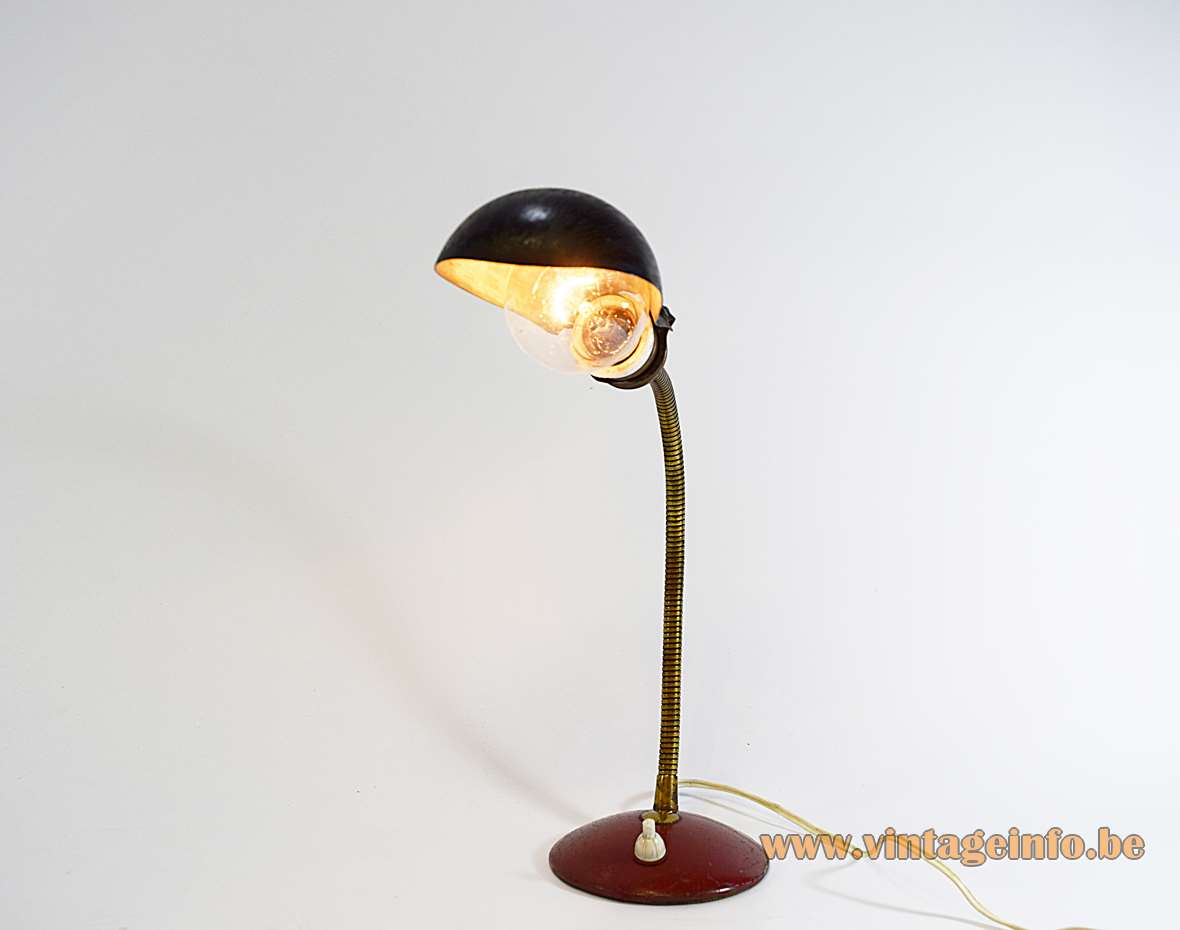 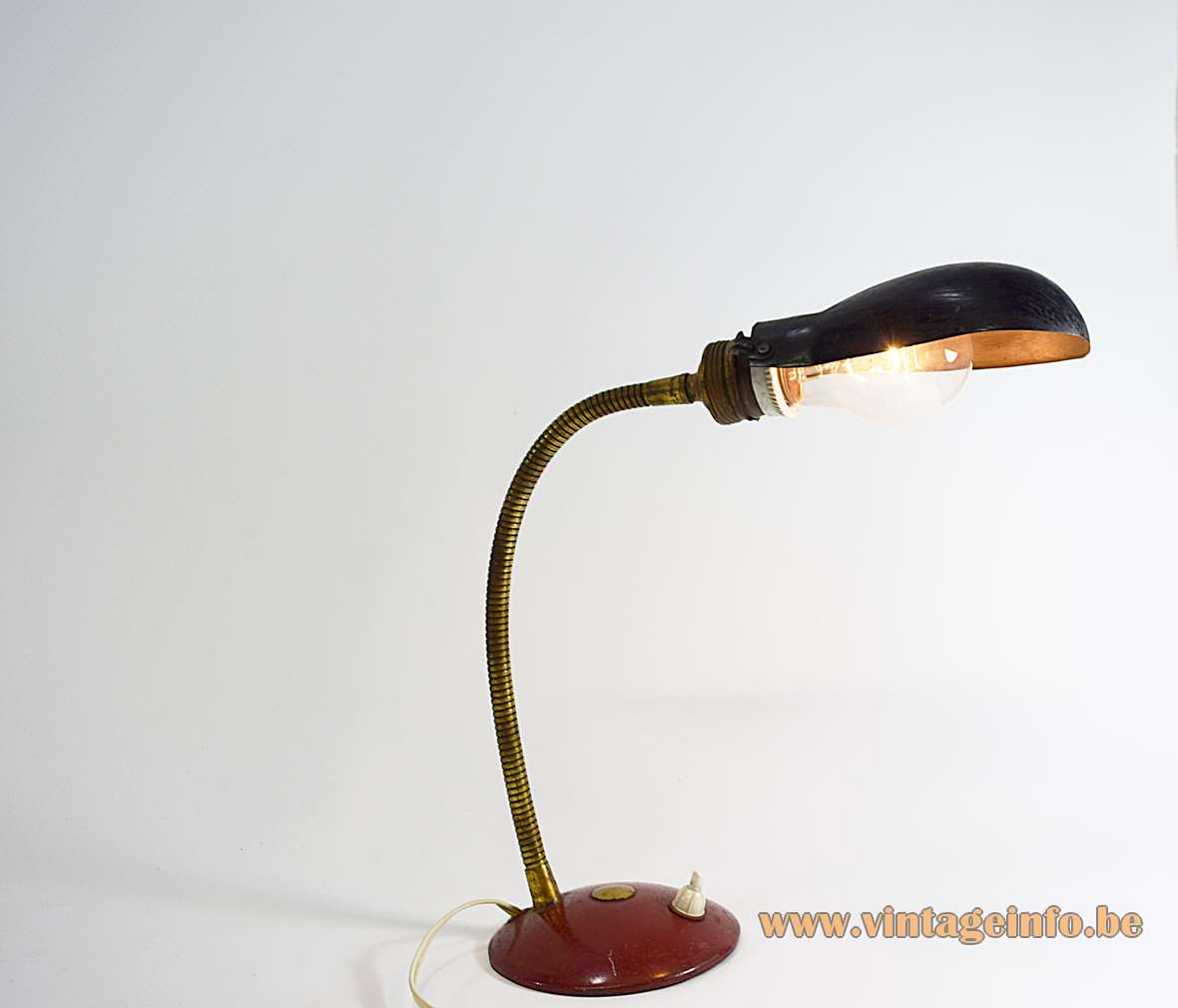 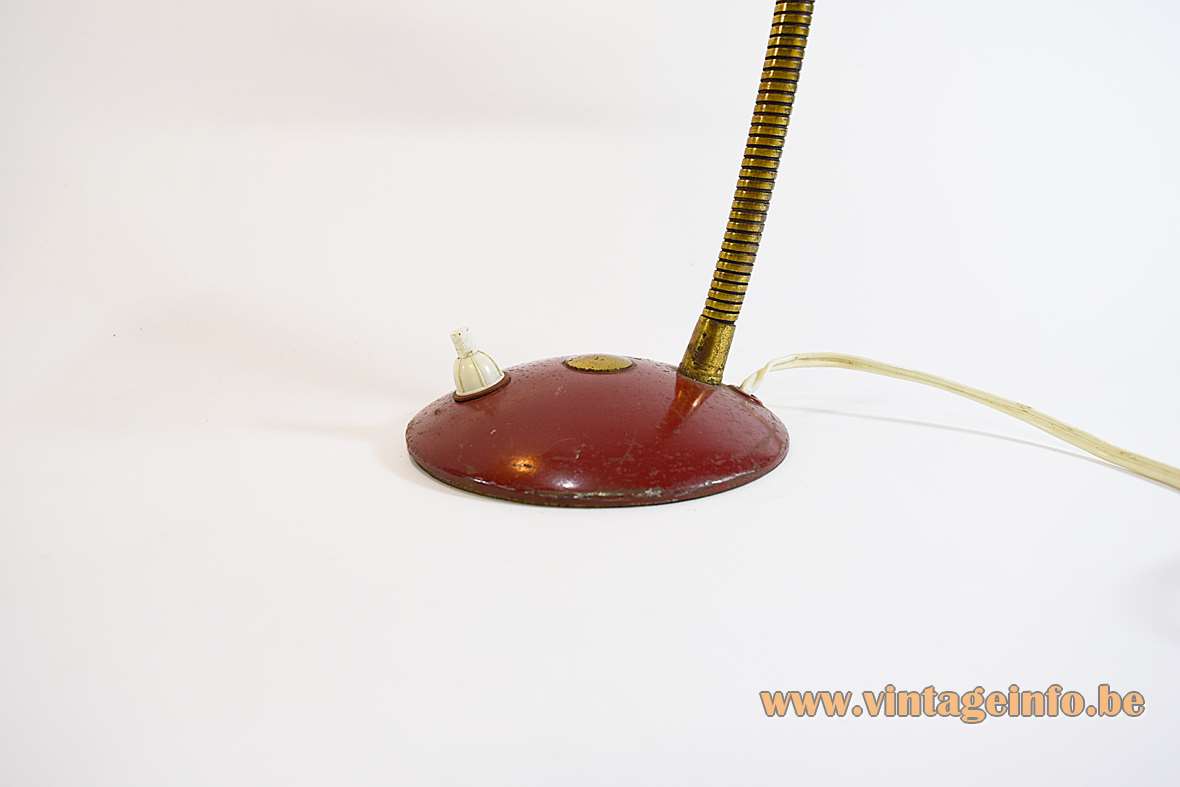 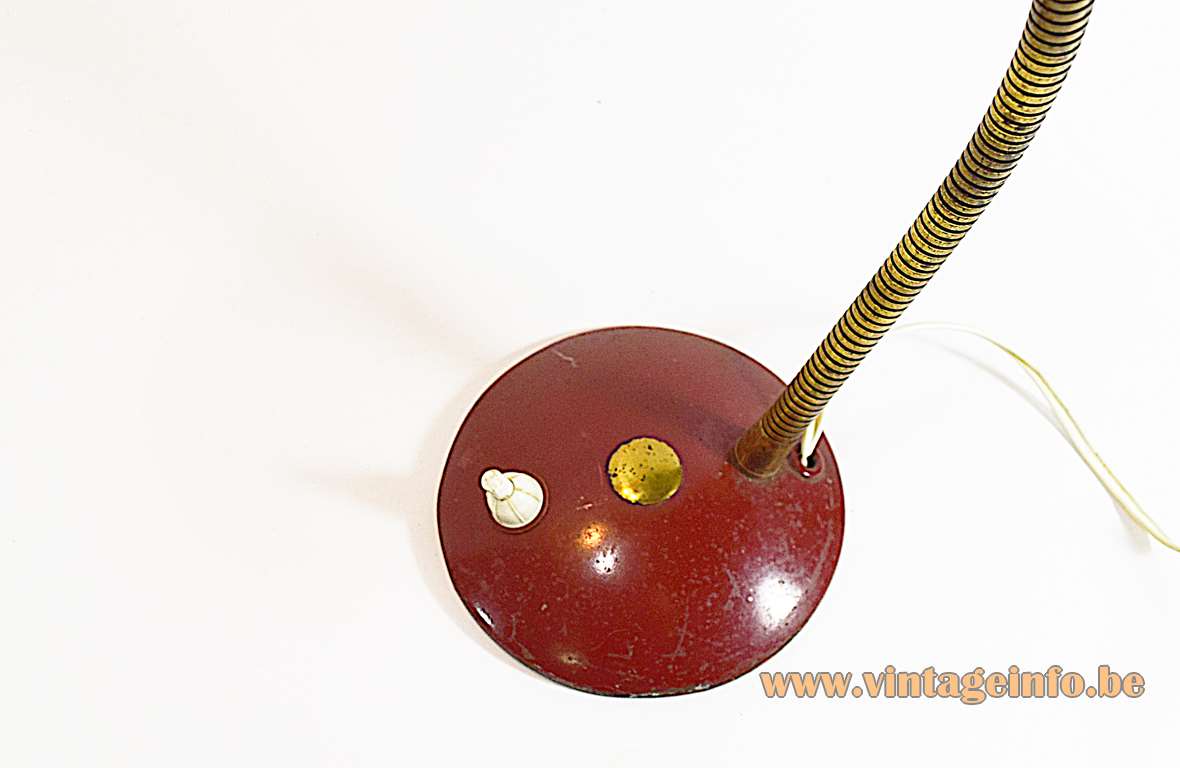 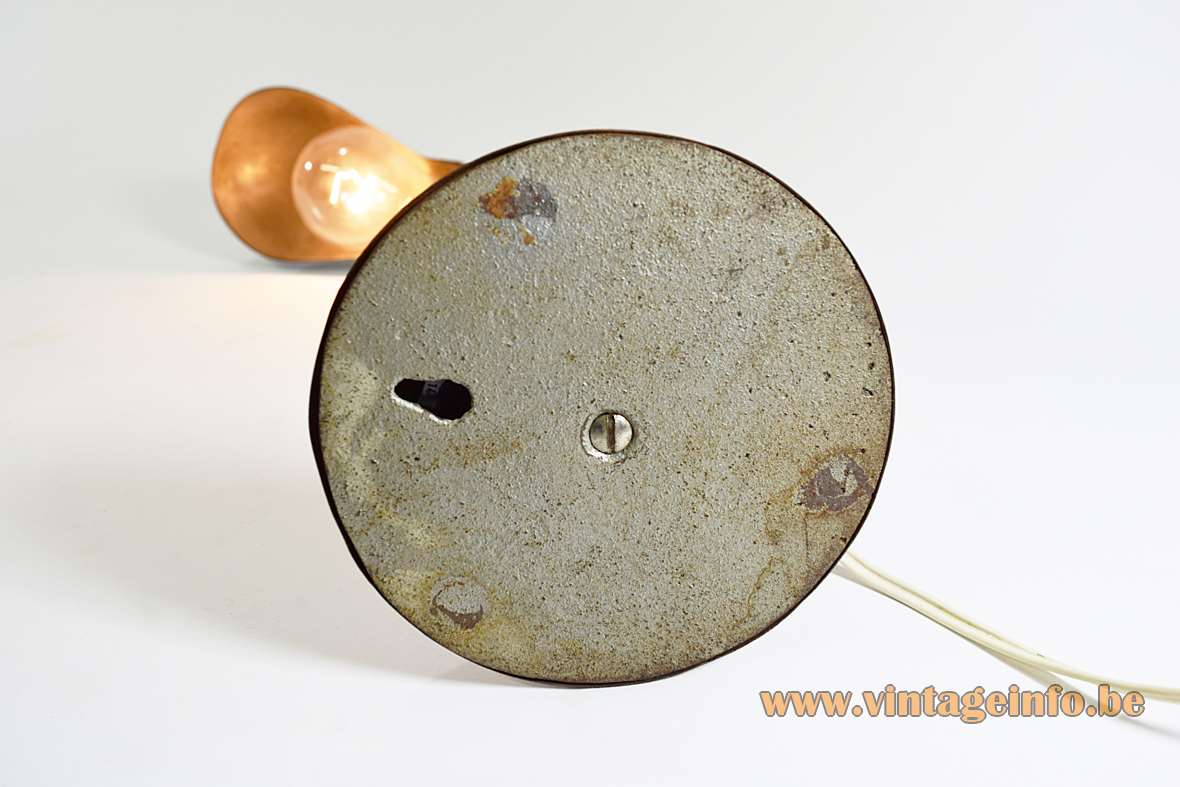 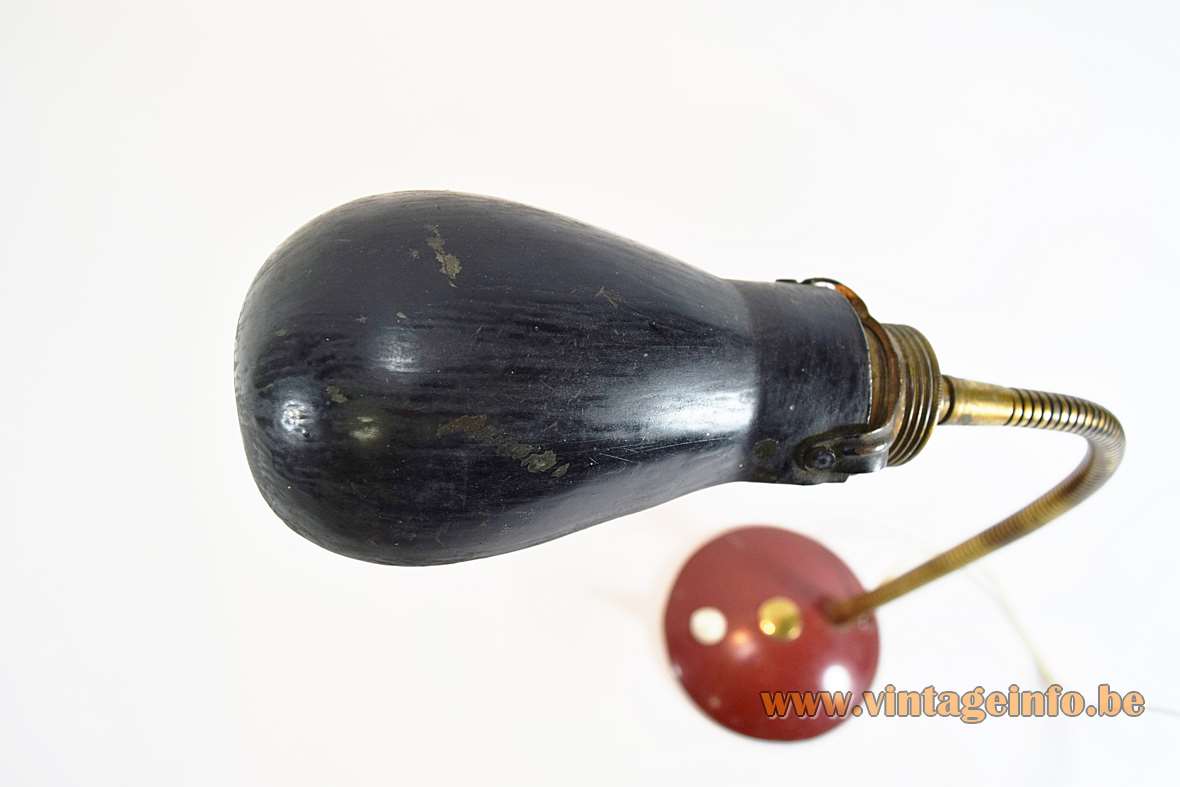 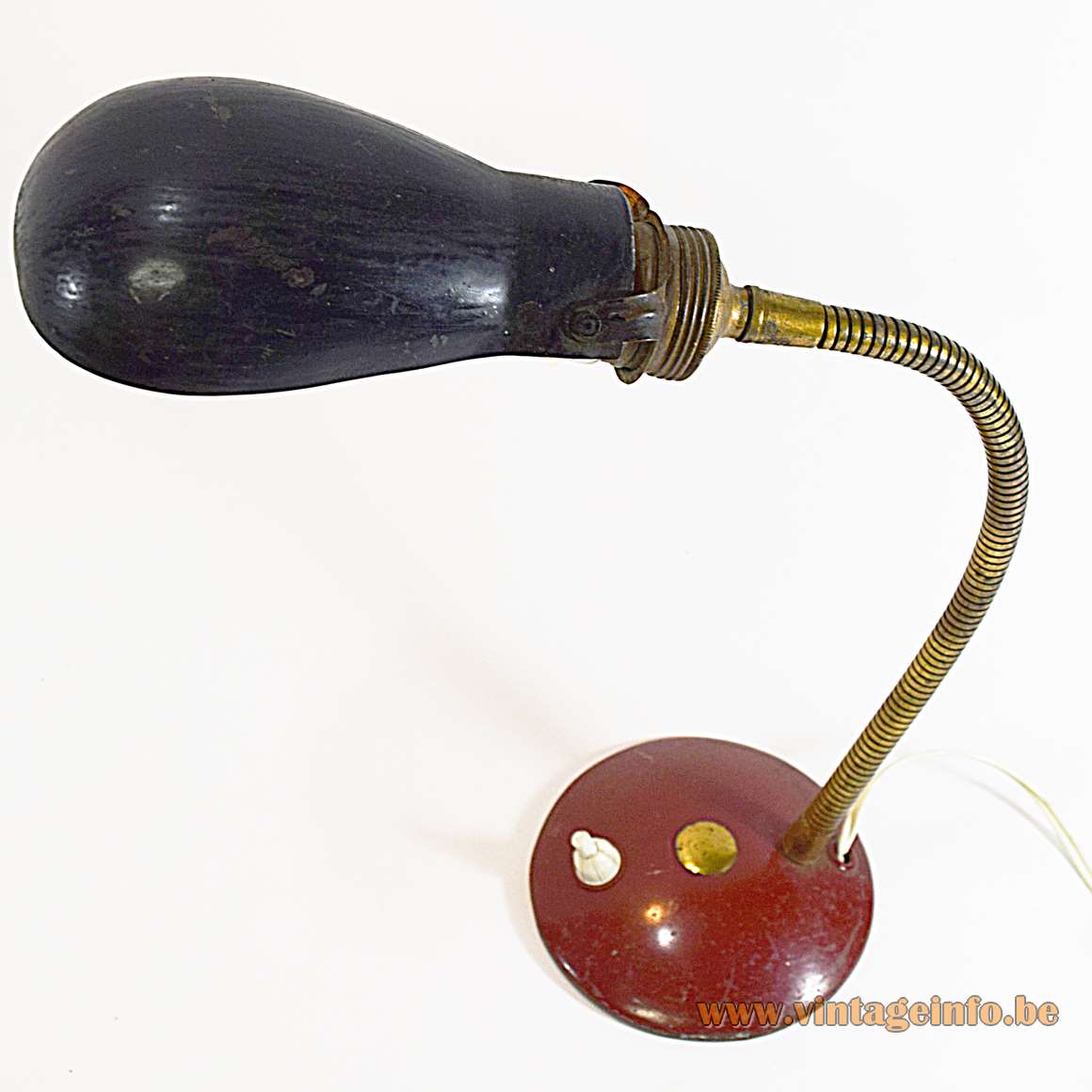 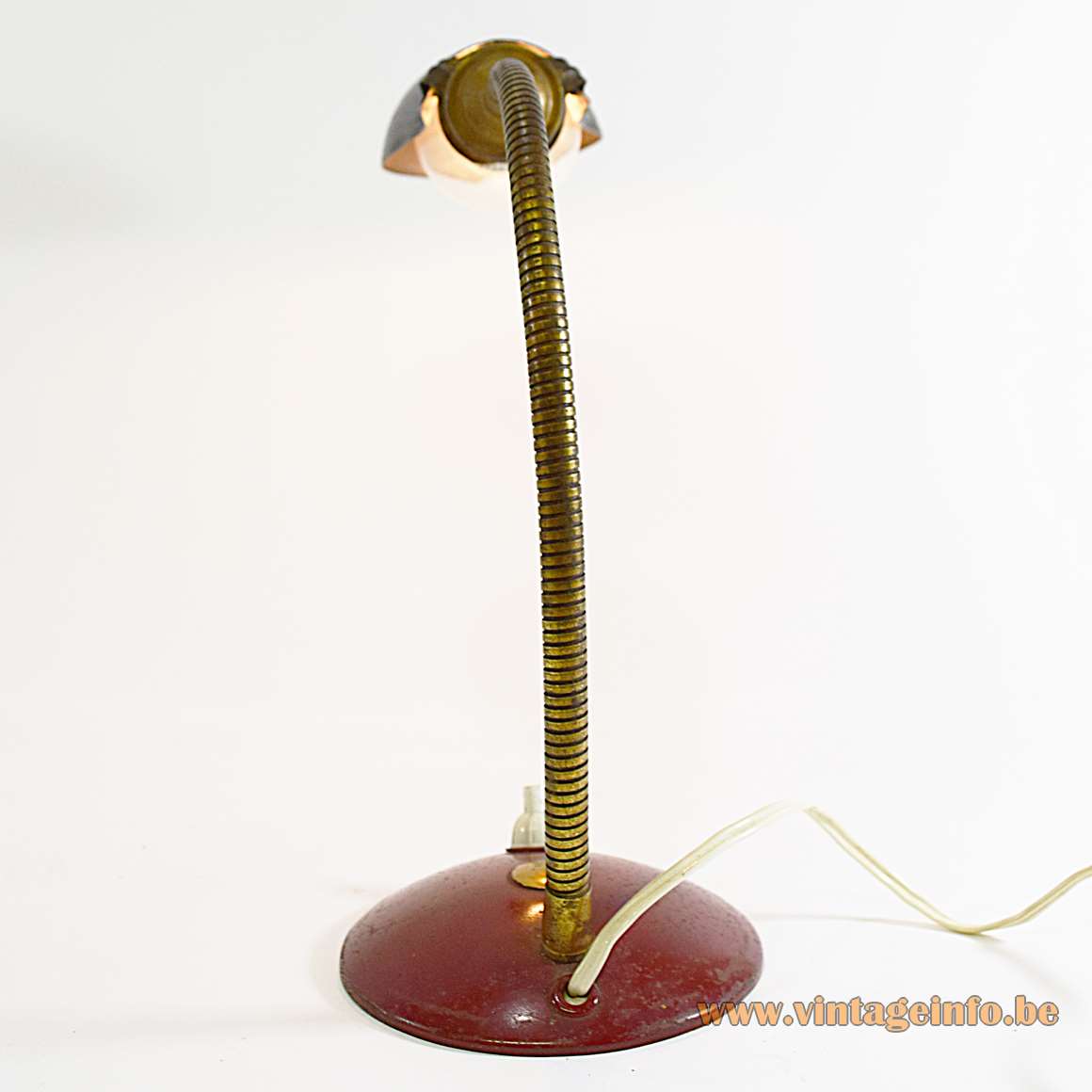 Other versions: This industrial gooseneck desk lamp was probably made in several colours. The base was used for several other lamps.

On the switch is printed: erk 2011 DWPa. No other marks were found on the electric parts.

It has a recess in the bottom for a hook; it can be used as a wall lamp.

From old war material such as brass and aluminium from the airfield, he begins with the production of work lamps, today we say industrial lighting.