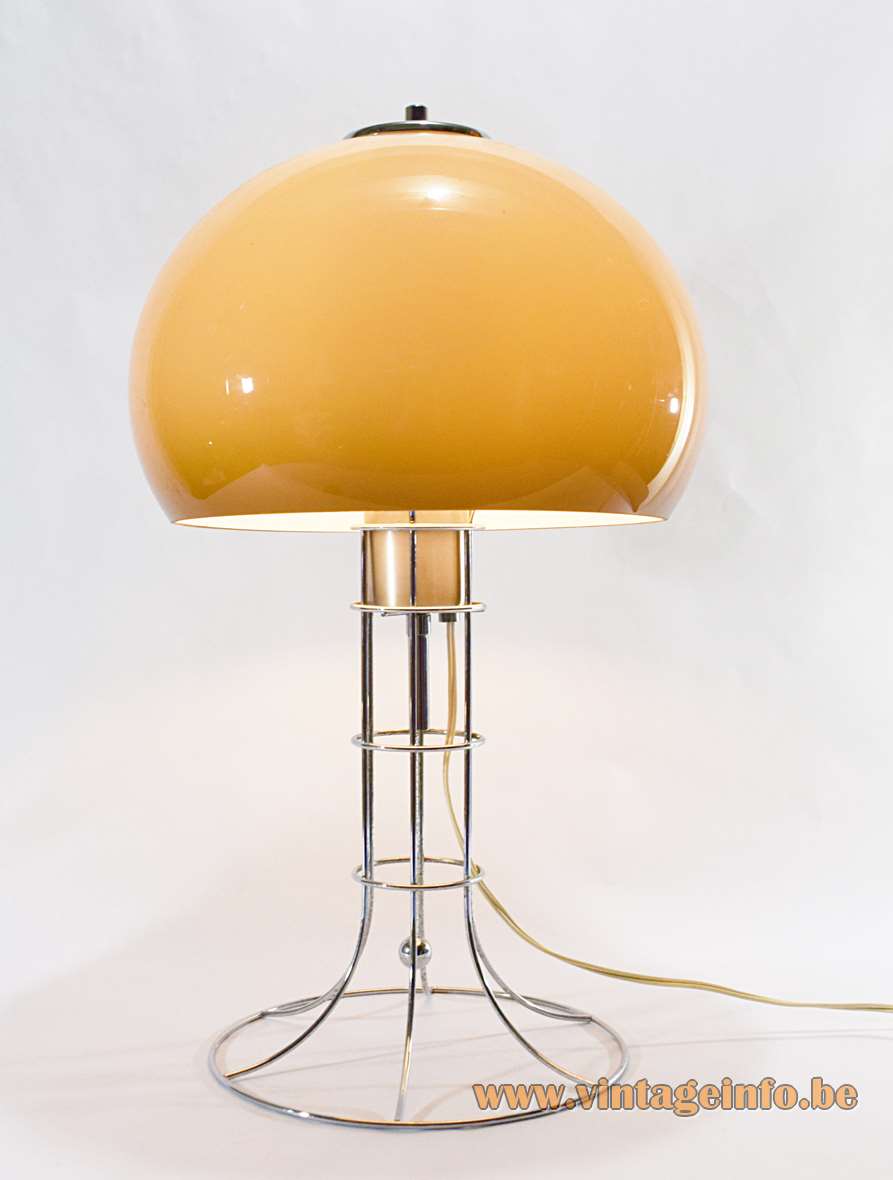 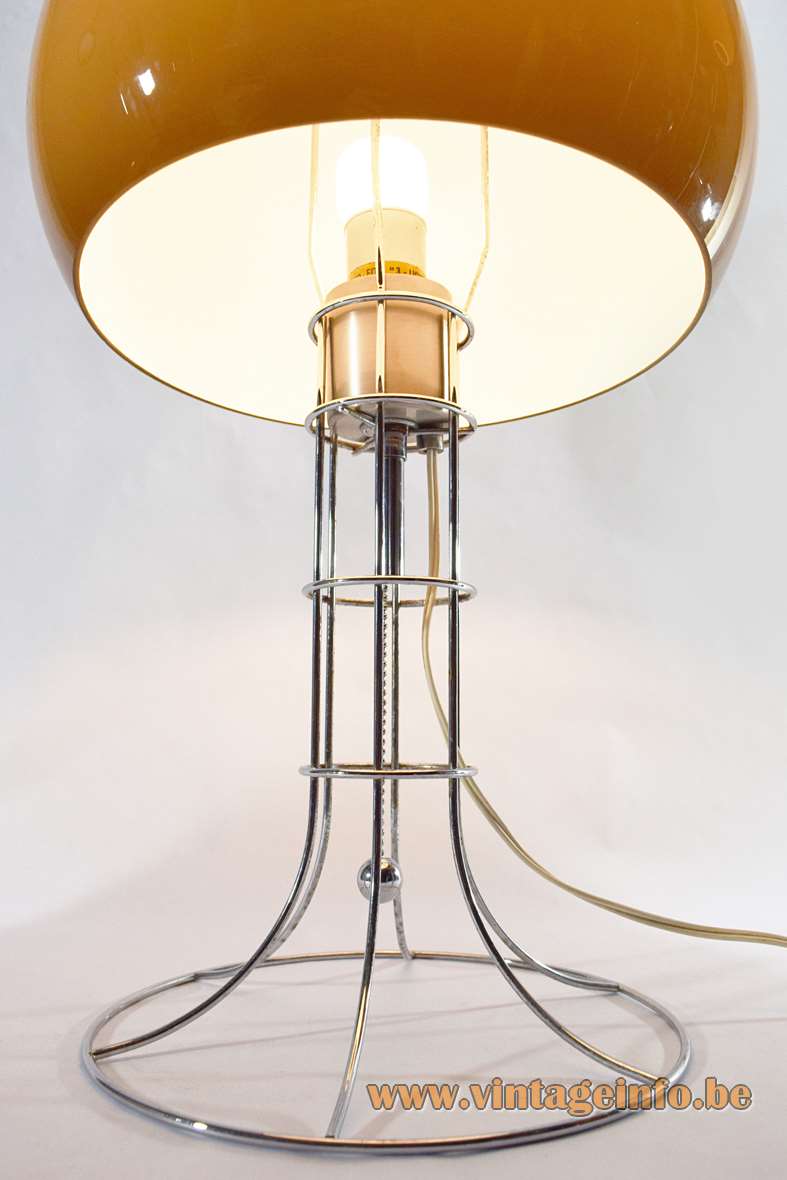 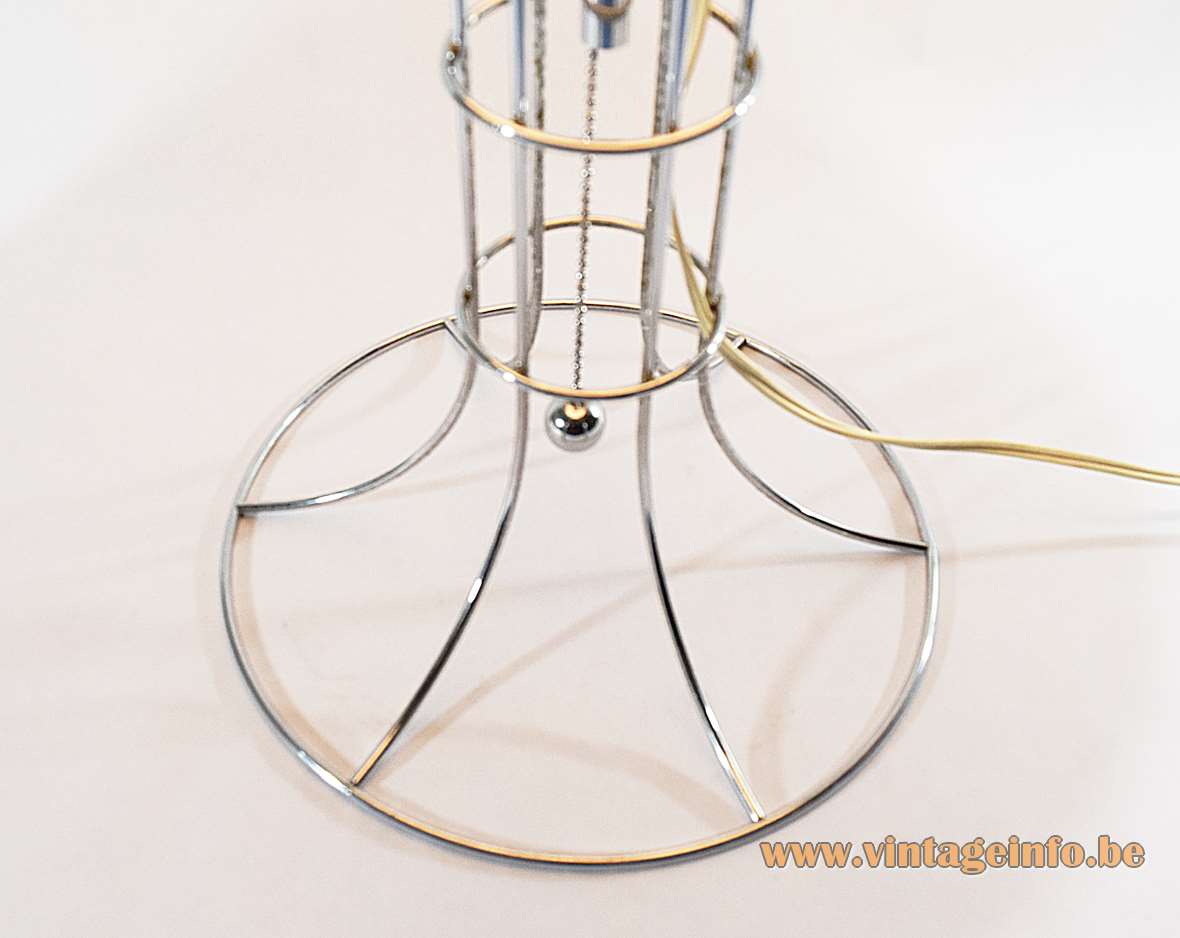 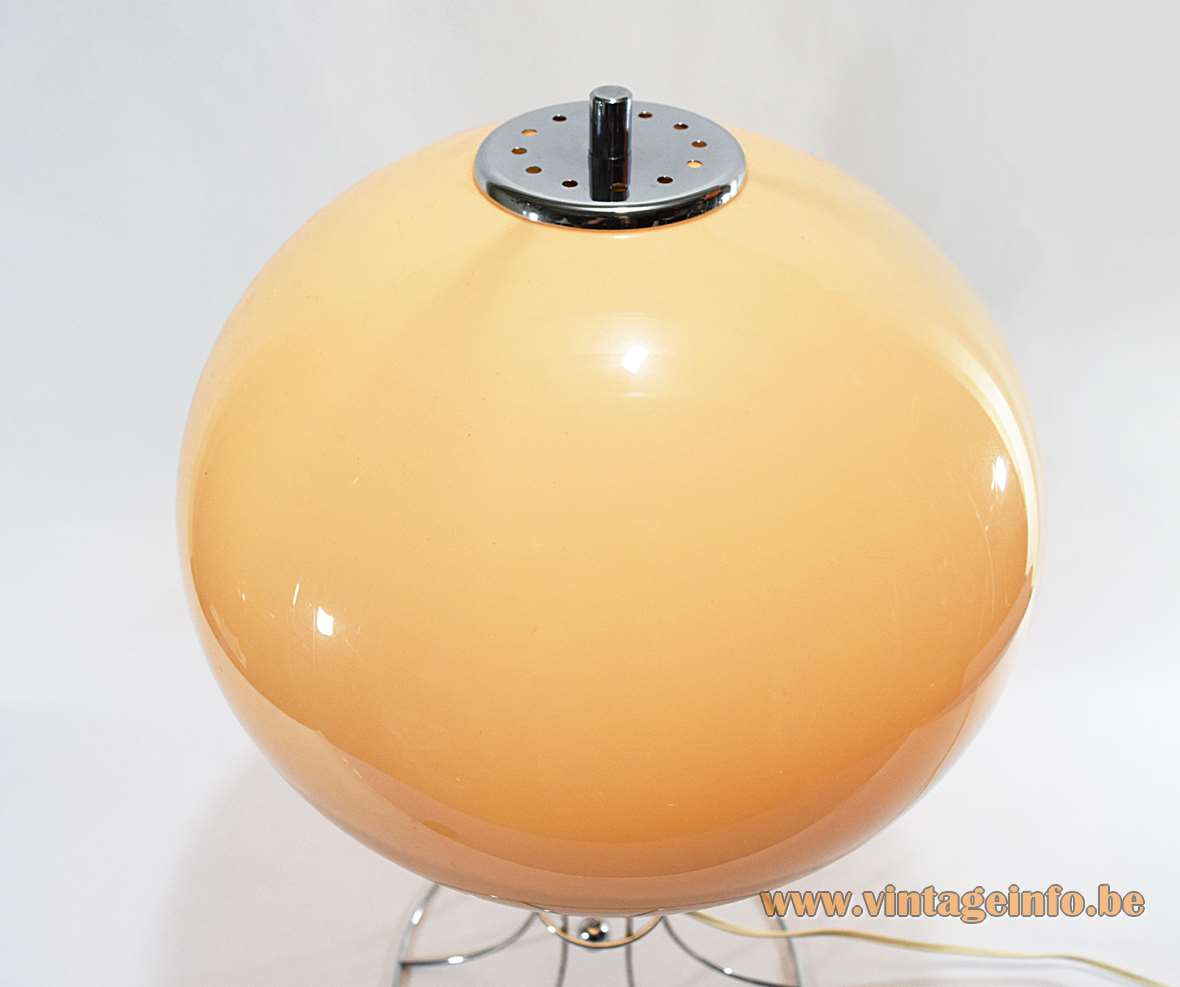 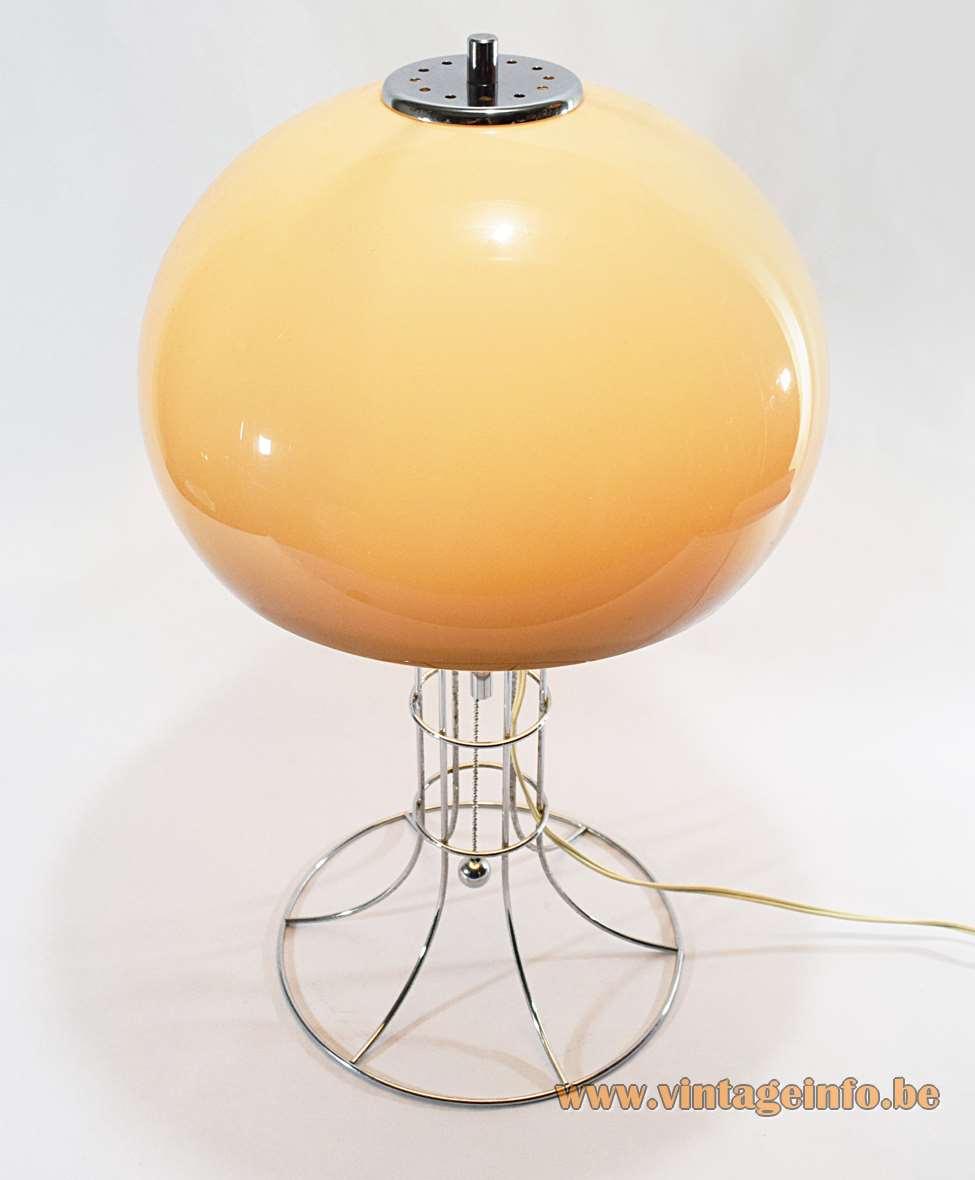 Early Herda logo
(not from this lamp) 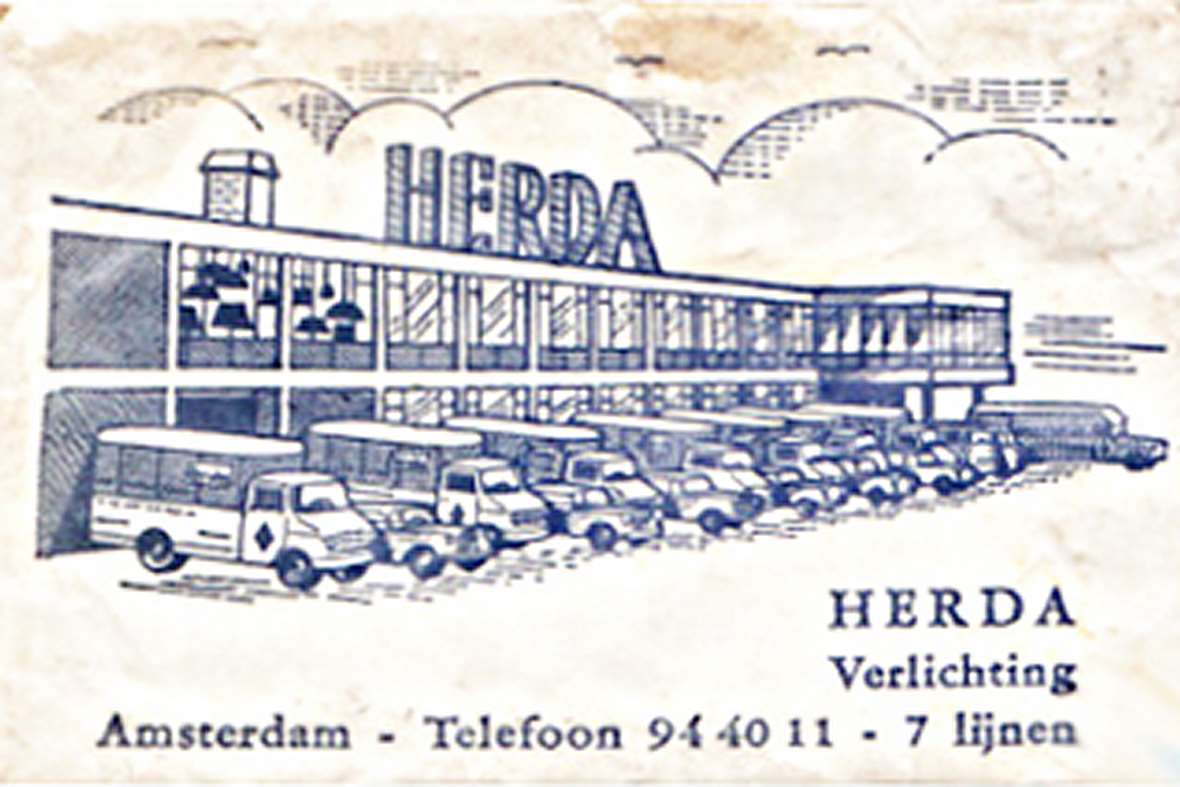 
Other versions: This Herda mushroom table lamp exists in degrading brown and was also made with a white lampshade.

Herda had some top designers employed, including Willem van Oyen Sr. who is famous for his Chartres wall lights he designed for the Raak company, also from The Netherlands. You can find these lamps on the Vintageinfo website, click here.

Lamp in the movies

A Herda mushroom table lamp was used as a prop in the 2019 Spanish supernatural crime-thriller film Legado En Los Huesos (The Legacy of the Bones). Starring Marta Etura, Leonardo Sbaraglia and Álvaro Cervantes. This film is a sequel to the 2017 film El Guardián Invisible (The Invisible Guardian). The sequel to this film titled Ofrenda A La Tormenta (Offering to the Storm). Many lamps appear in these 3 films. Most lamps appear in the third film.