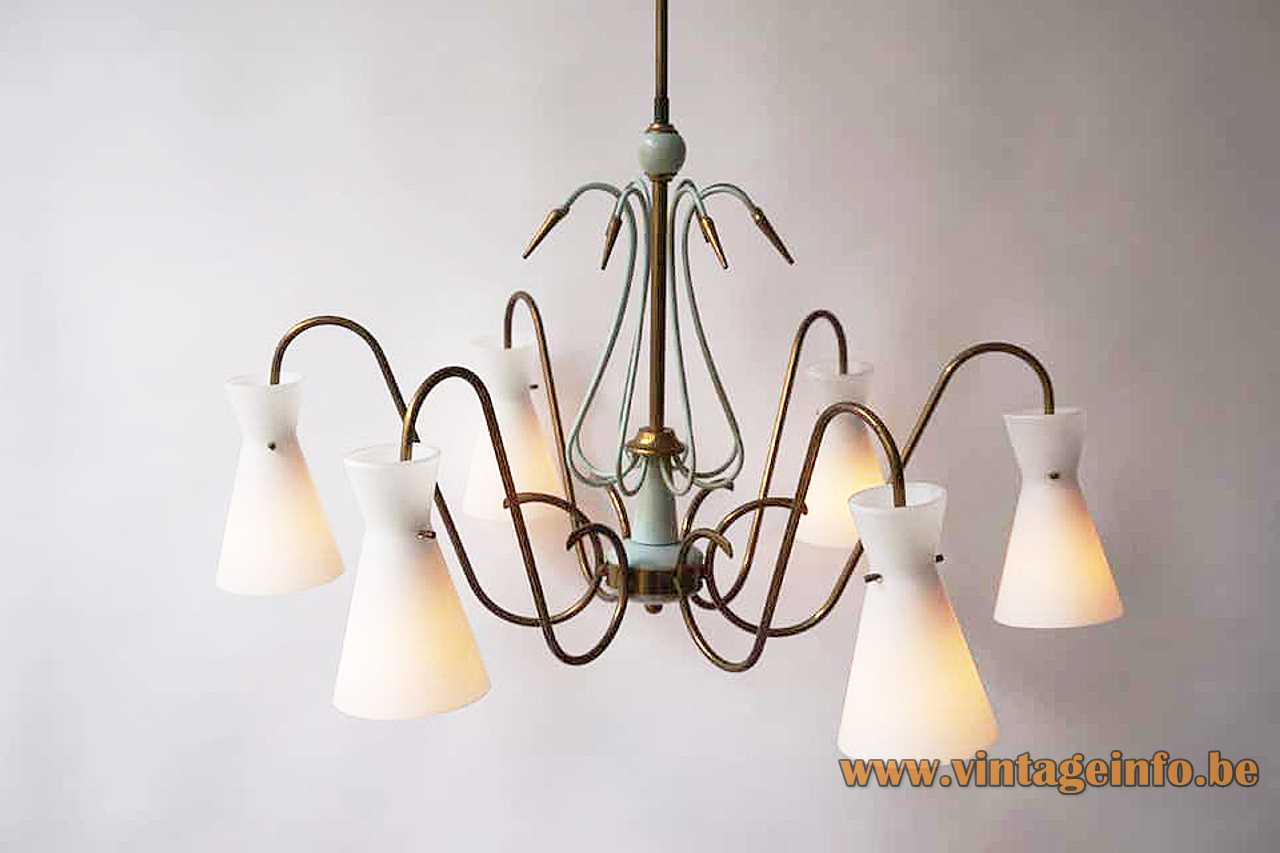 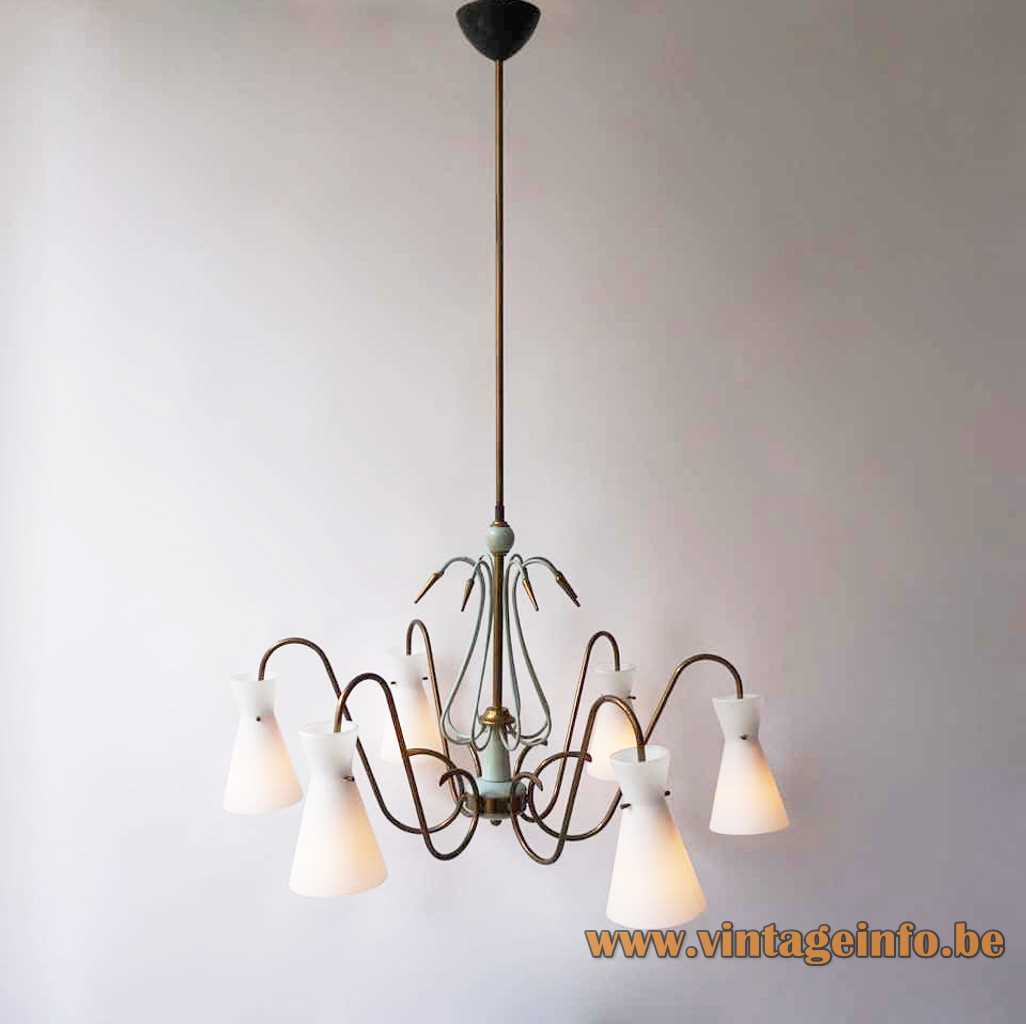 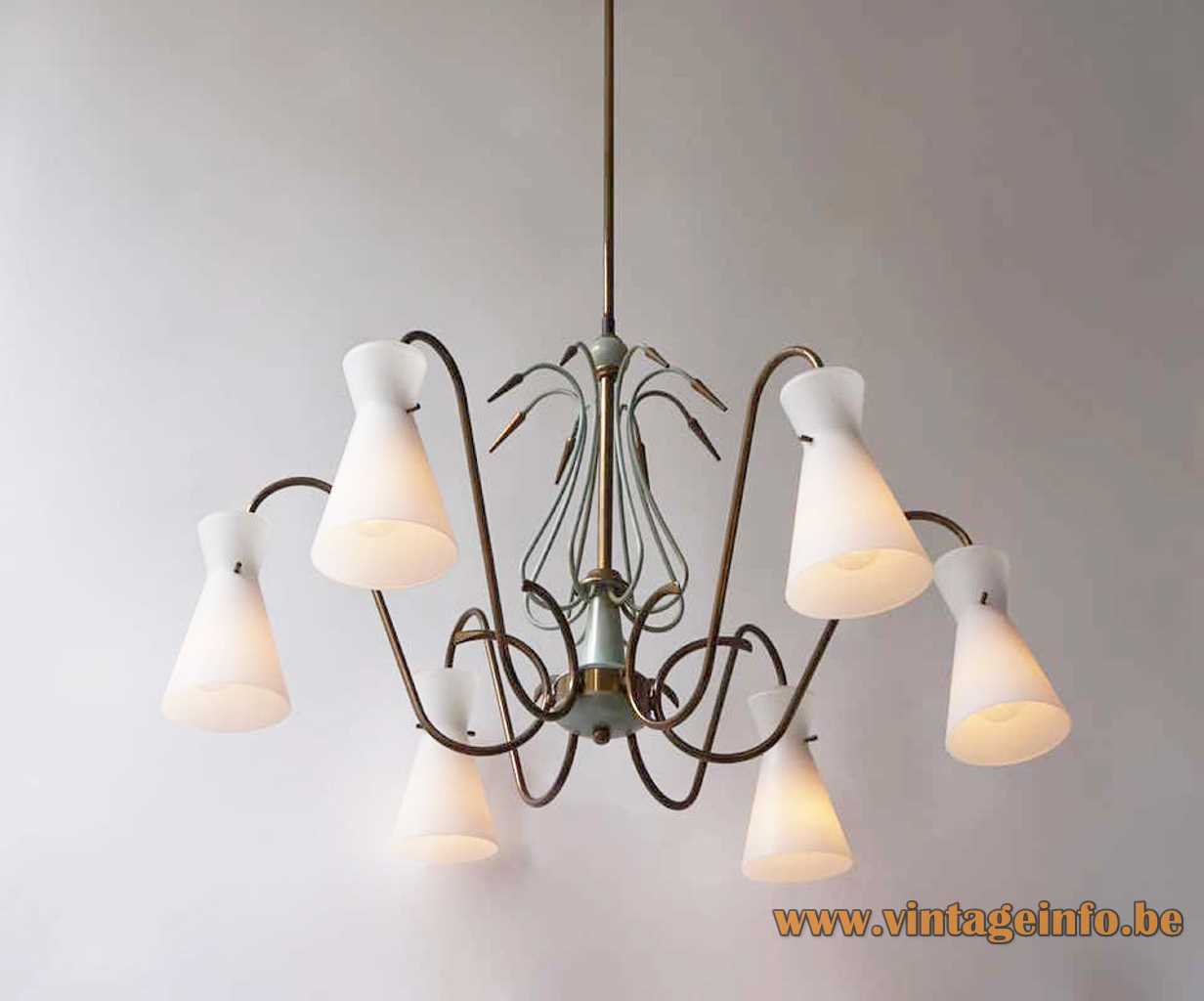 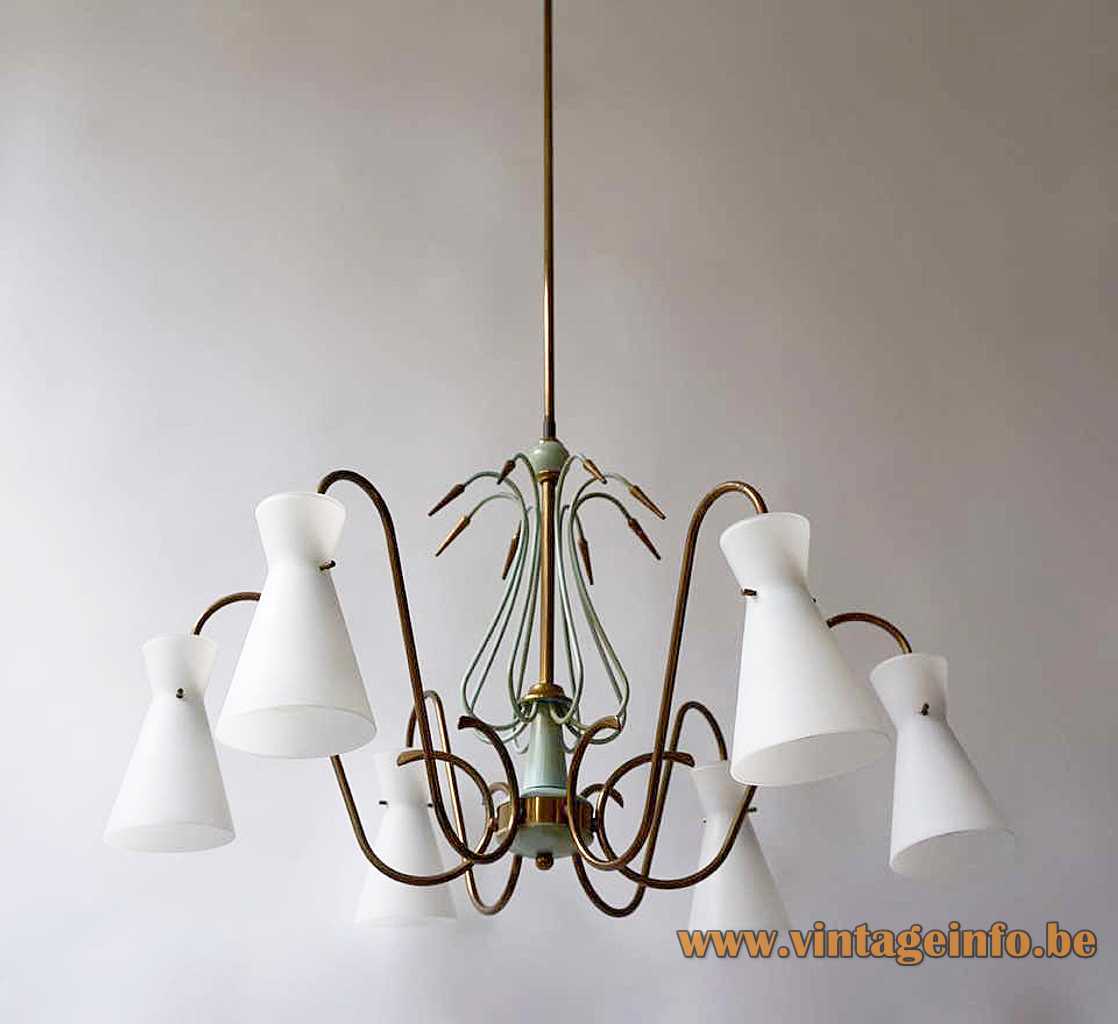 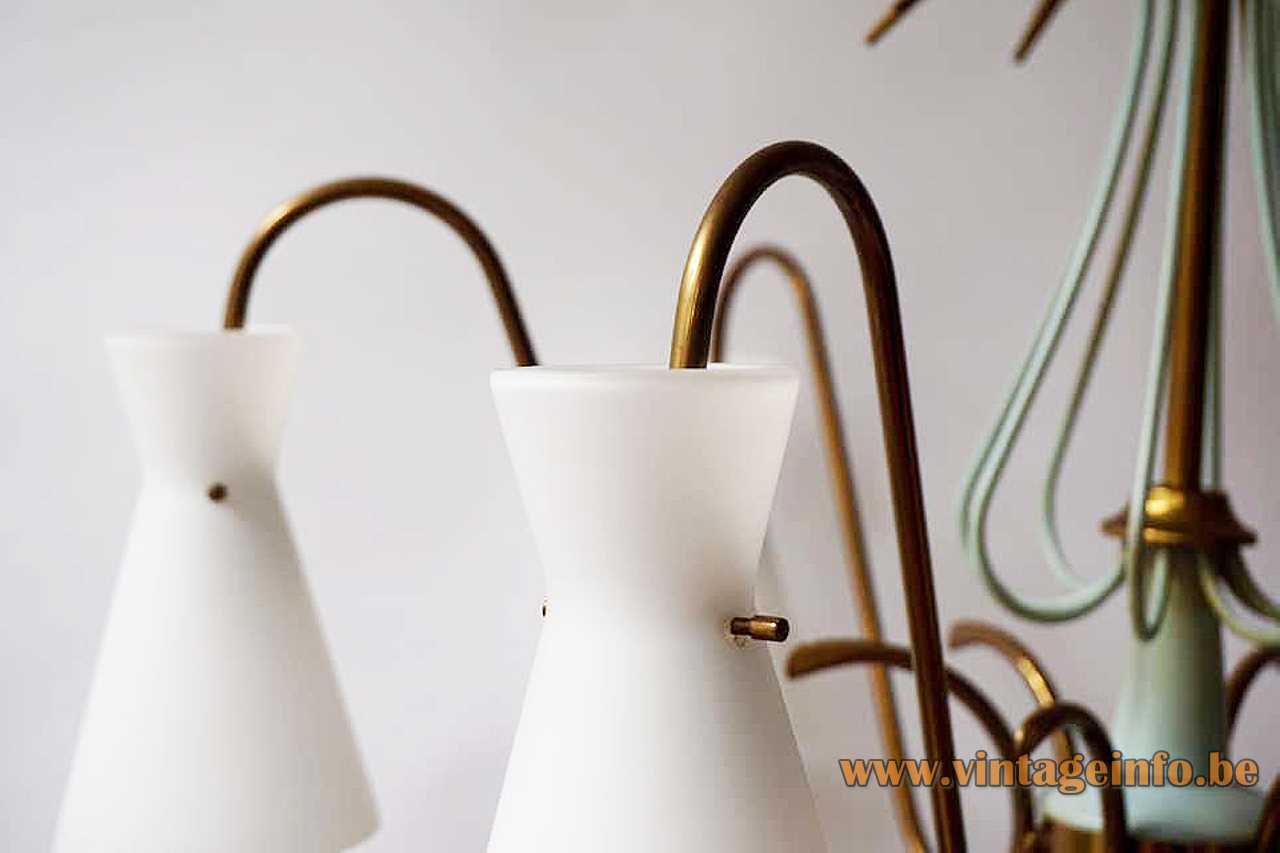 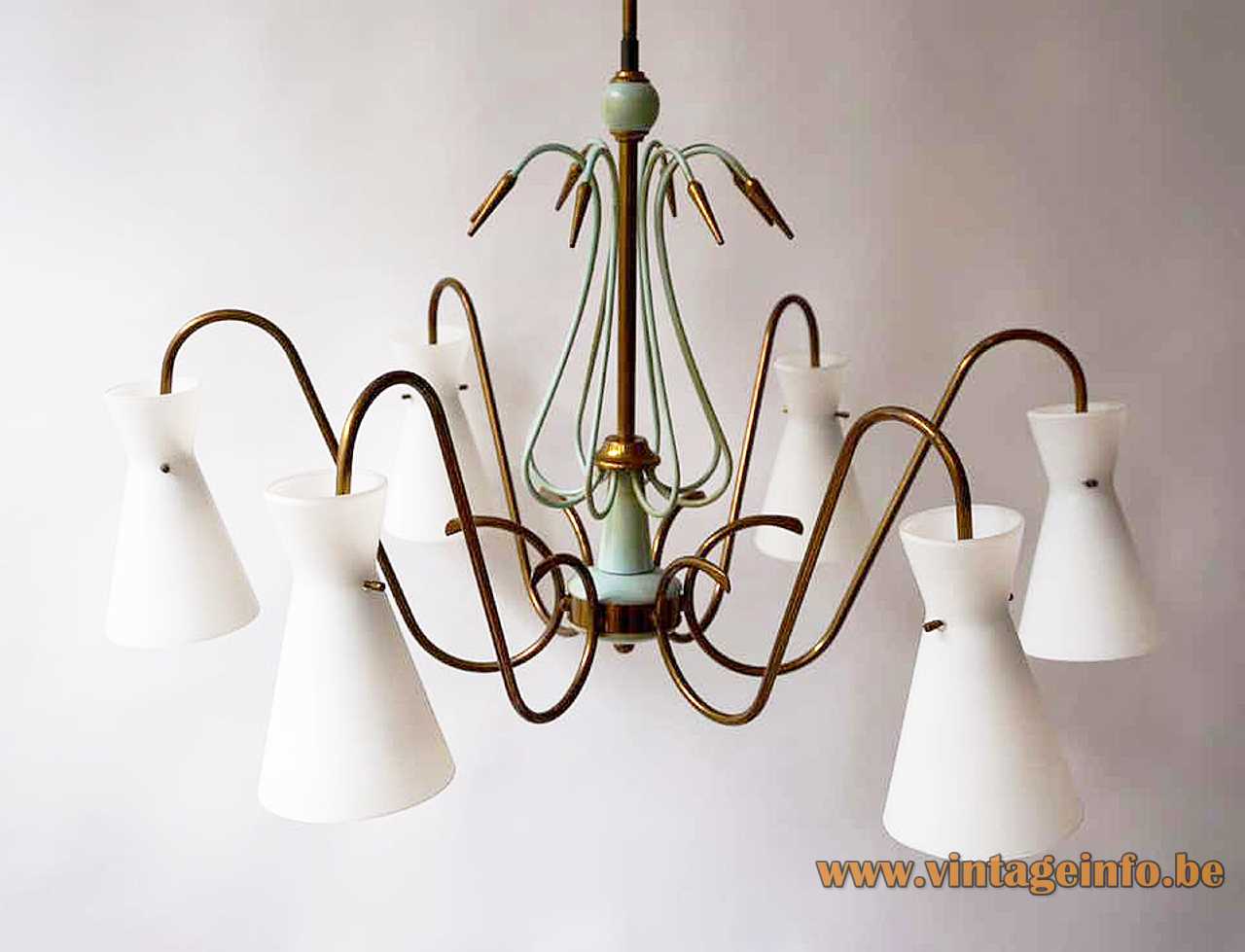 The electric parts of this opal glass diabolo chandelier are made by the VLM Components company from Buccinasco, near Milan in Italy. Made in the 1950s, early 1960s.

Other versions: This opal glass diabolo chandelier exists in several varieties. Another version can be found here.

The diabolo opal glass lampshades are hand blown, none of these glasses are the same. In all probability made by the glass furnace company De Rupel from Boom.

Diabolo is the name given to the shape of the lampshade. The diabolo lampshades were very popular in the 50’s. You can find several examples here on Vintageinfo.