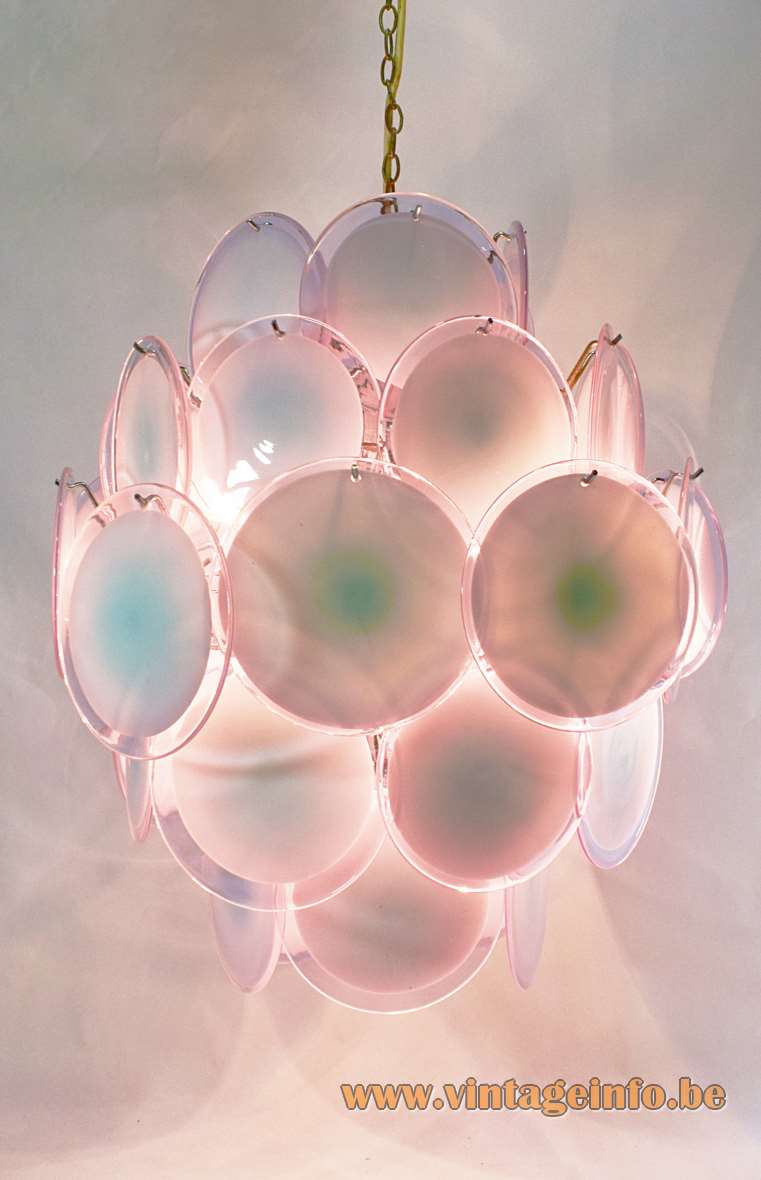 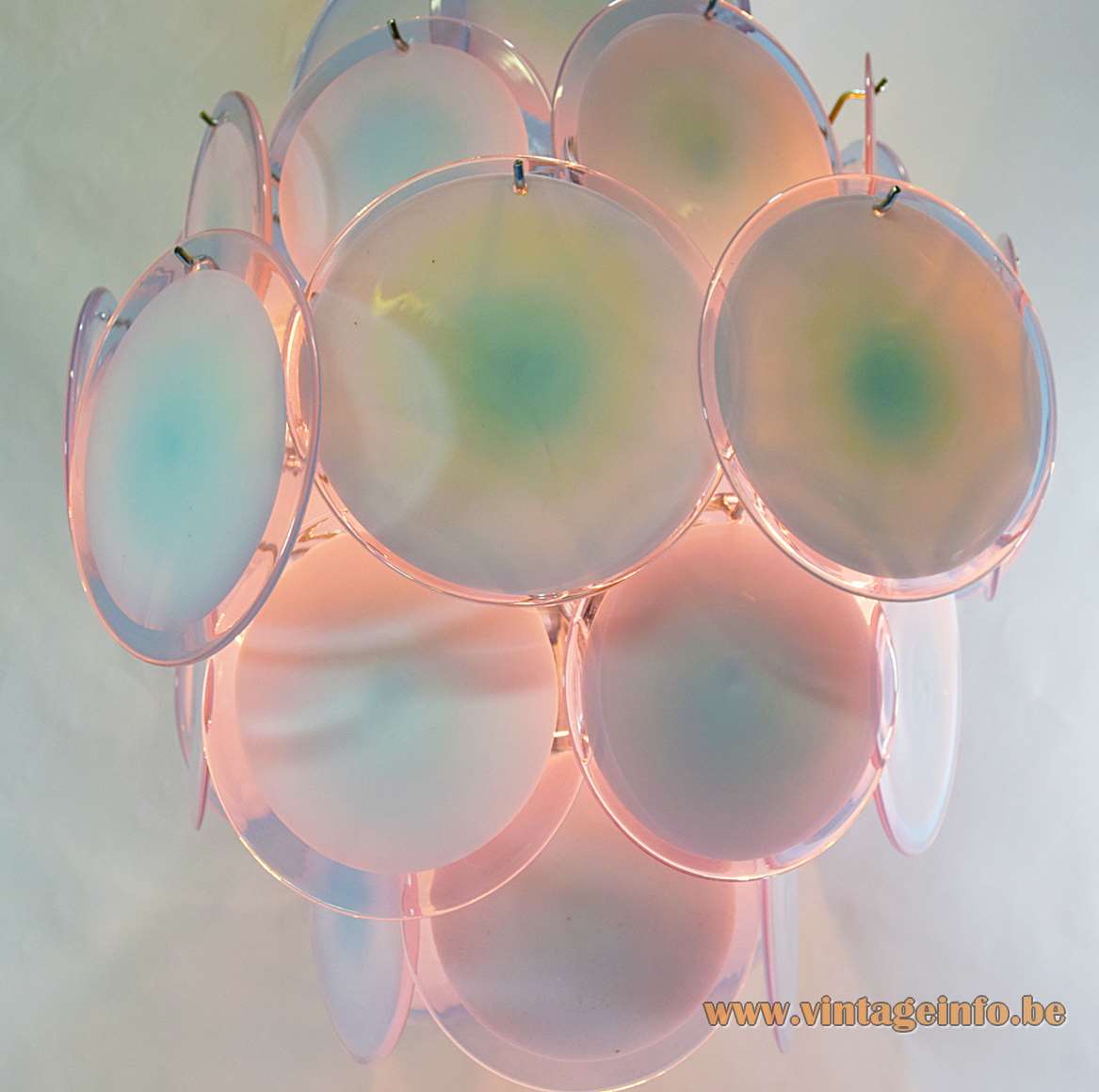 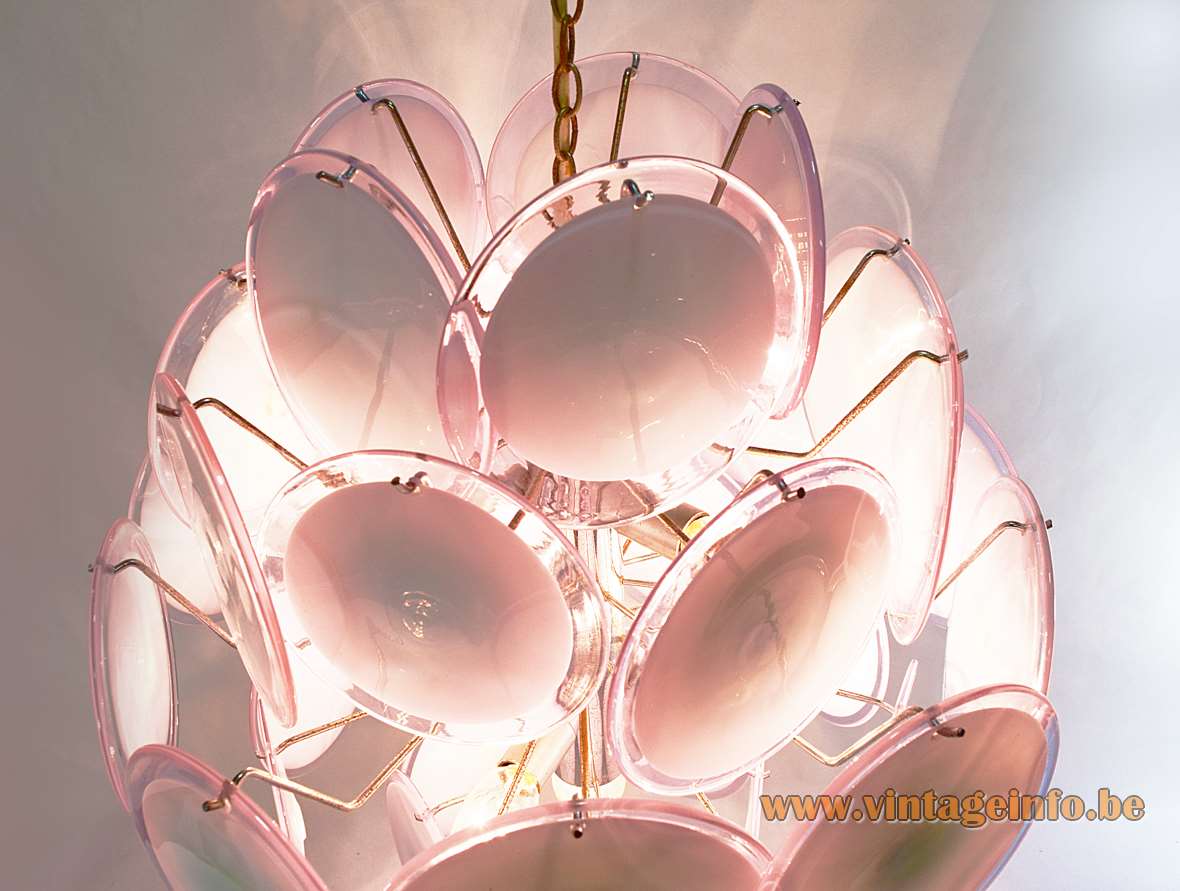 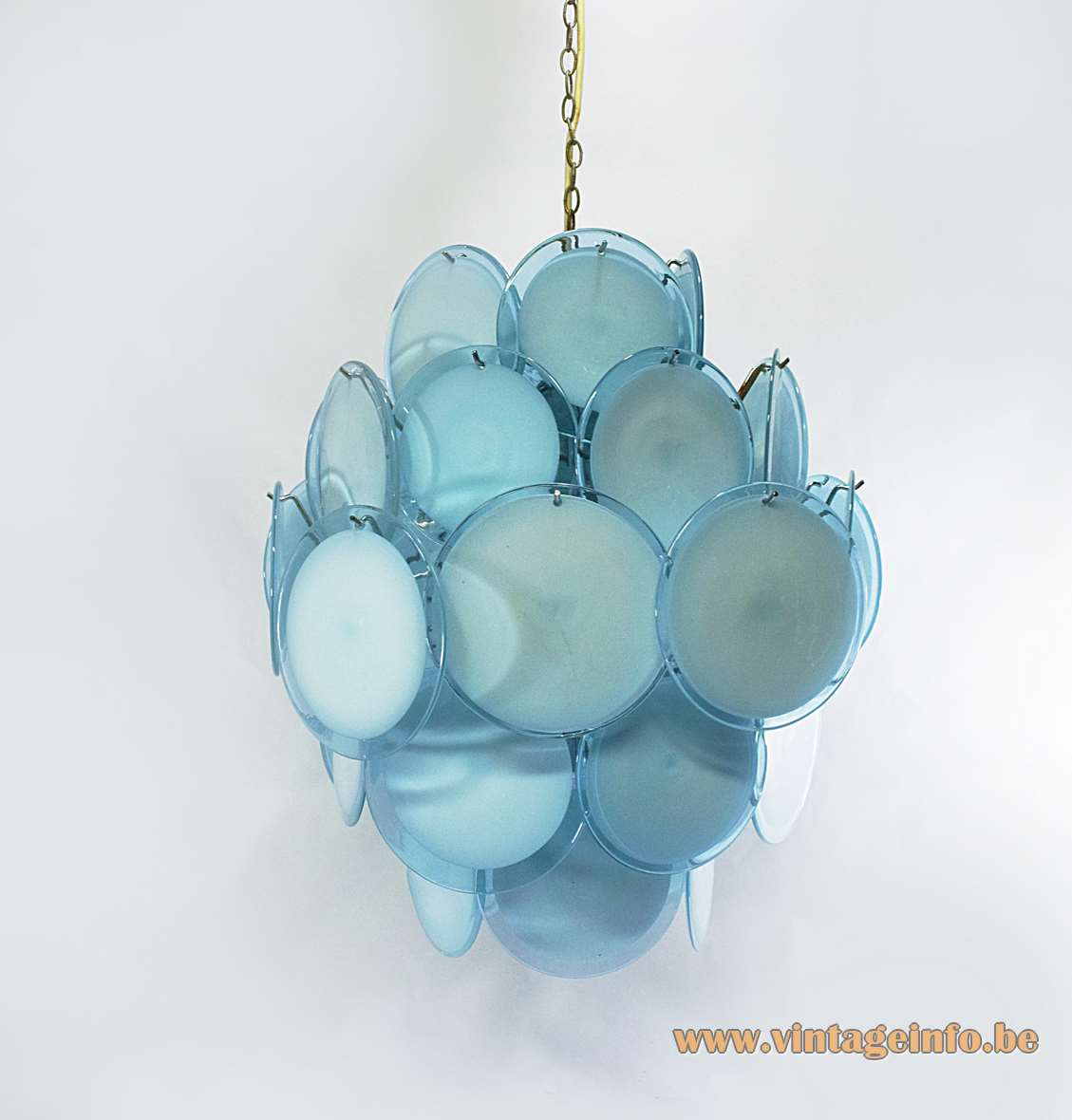 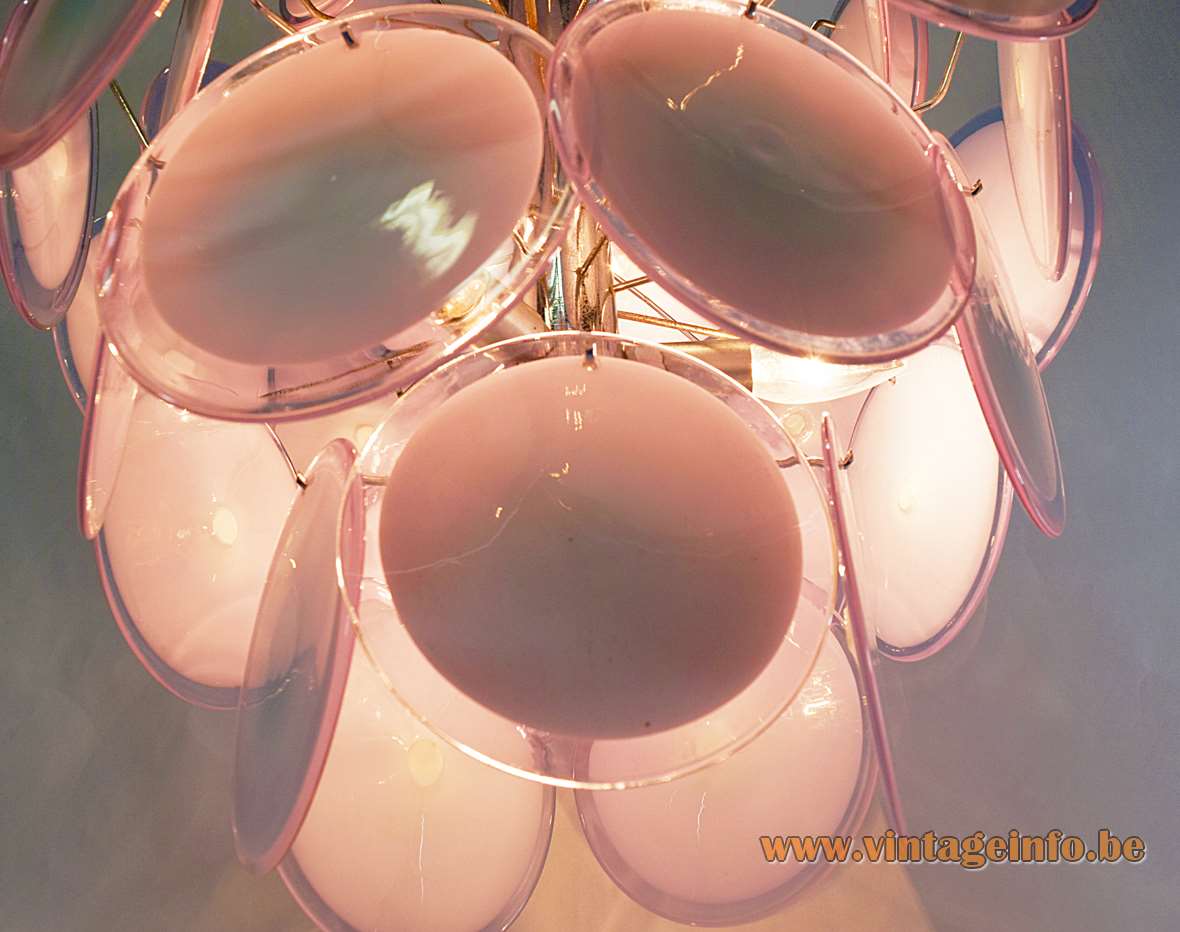 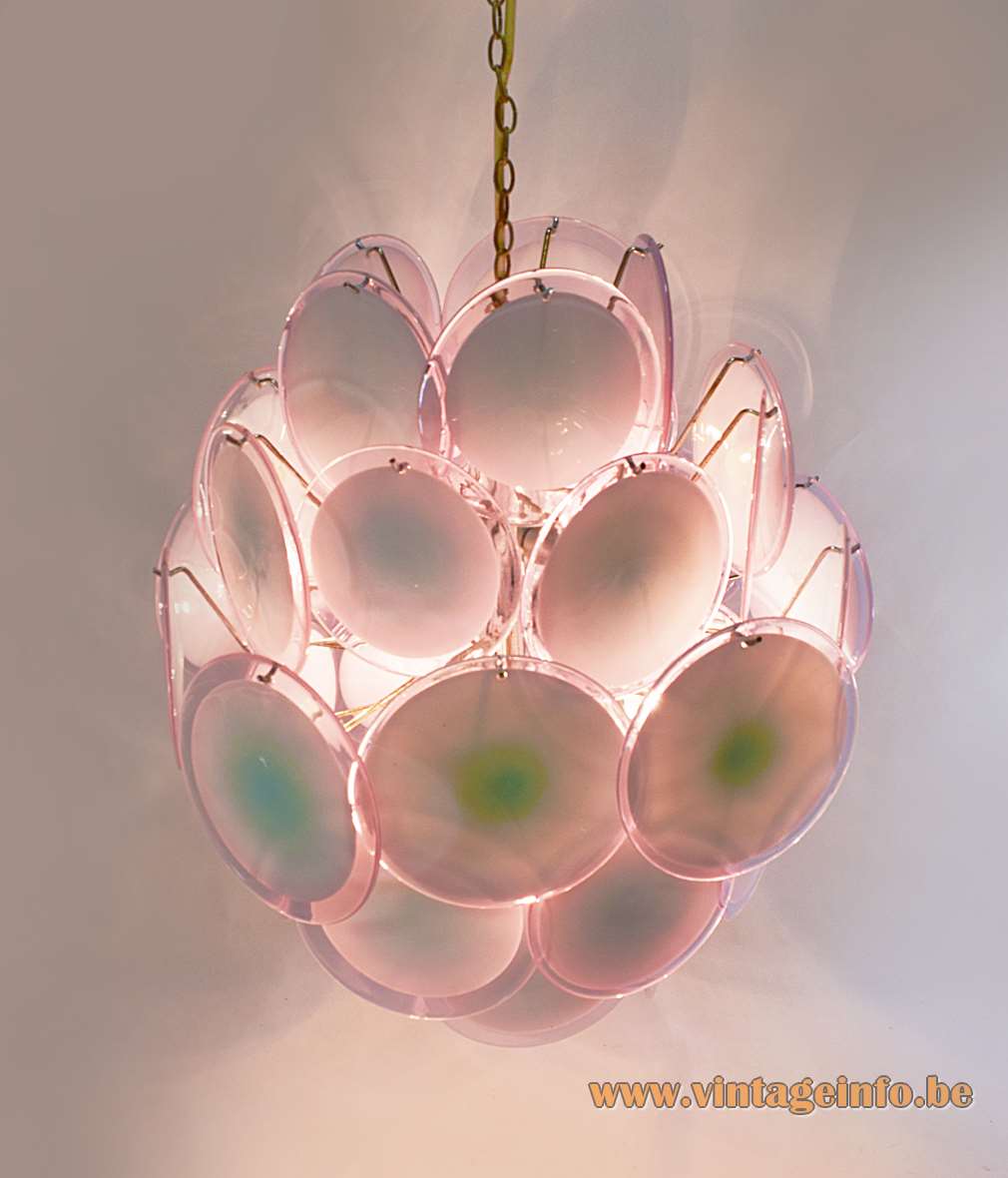 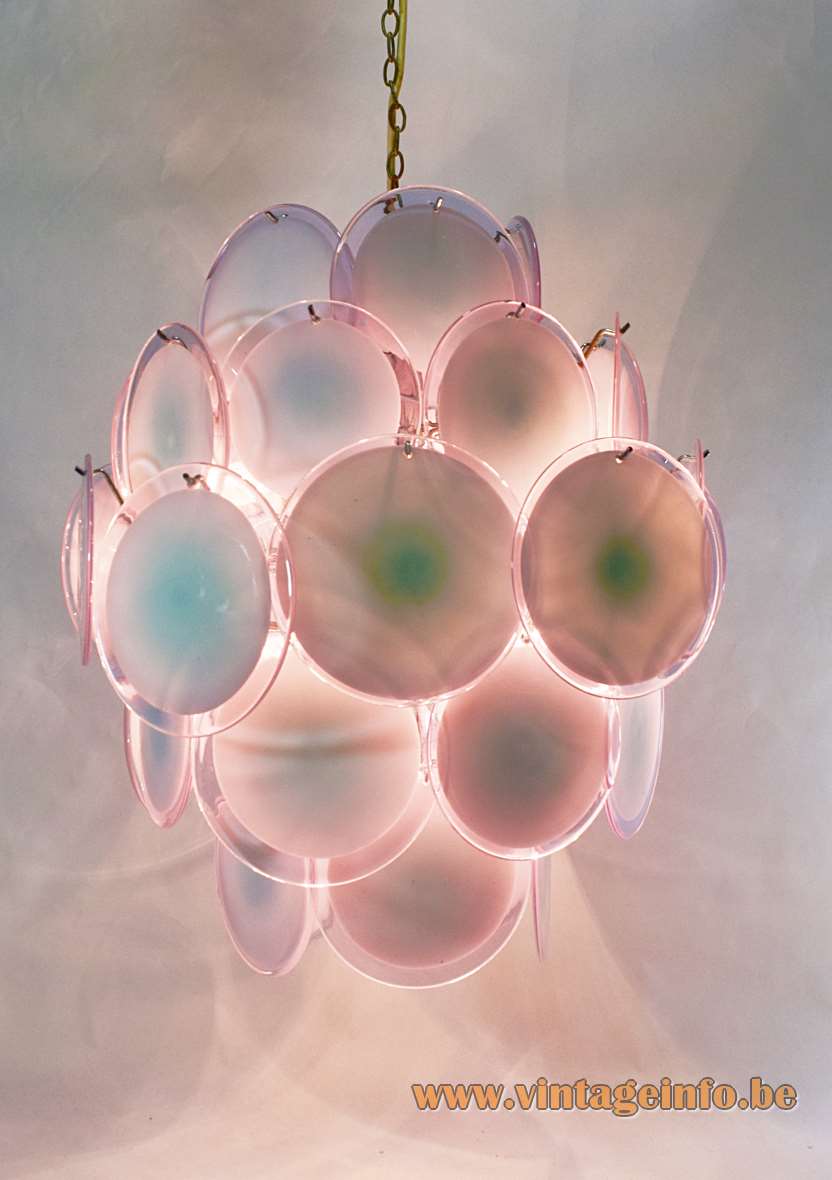 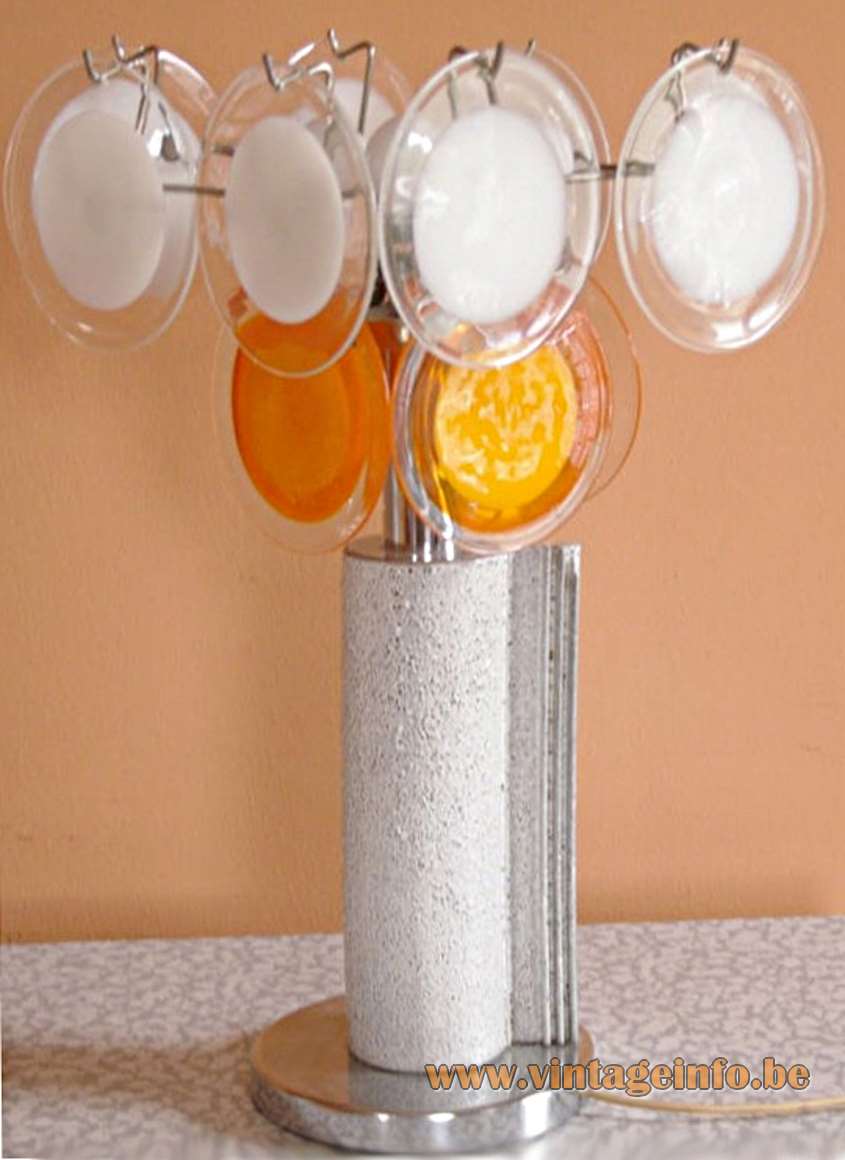 Manufacturer: Vistosi, AV Mazzega and many other Murano companies made these chandeliers.

Other versions: This “Gino Vistosi blue & pink discs chandelier” was made in many different sizes and colours. Made with more or less discs, as a wall lamp, a flush mount or table lamp.

In 1989 Giancarlo Moretti, a businessman from Murano with a long experience in the glass sector with Vetrofond and Punto Luce, acquires the prestigious brand, giving birth to Vetreria Vistosi.

The sole survivor of the original founders, Luciano, dedicated himself to research and glass sculpture until his death in 2010.

This is how this chandelier looks like when not lit.