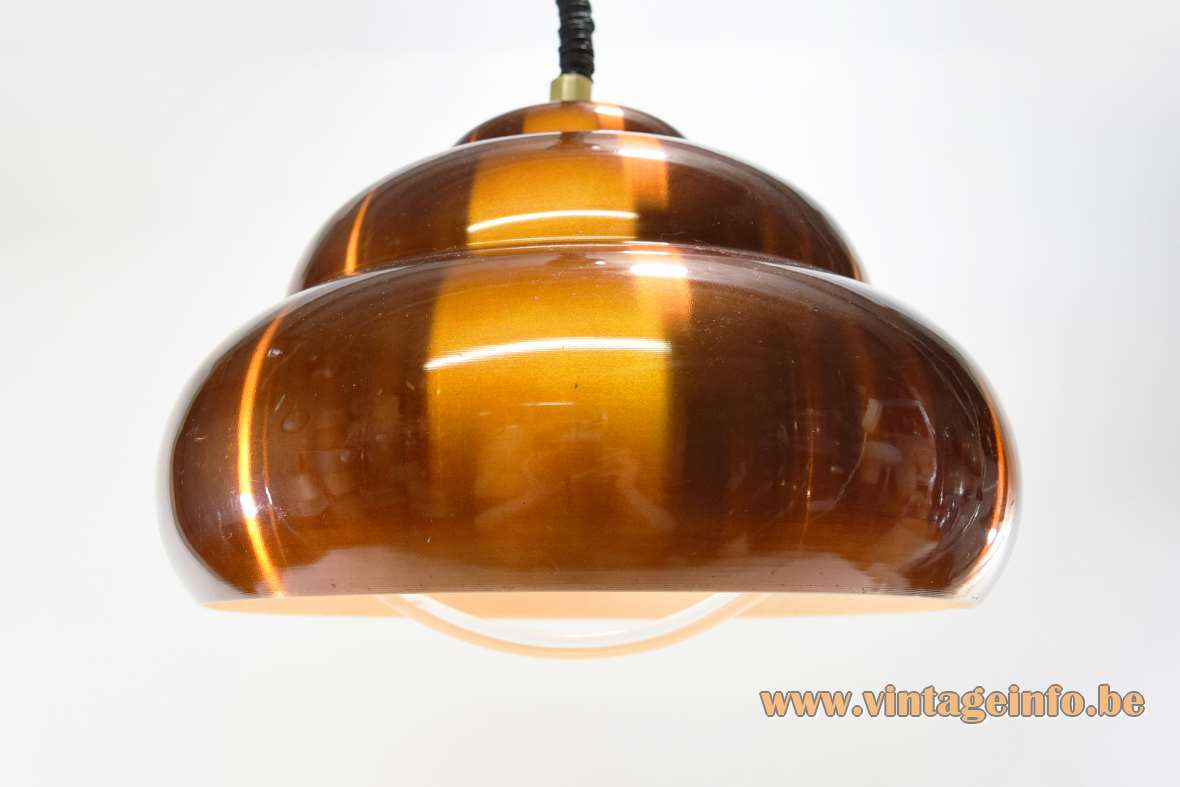 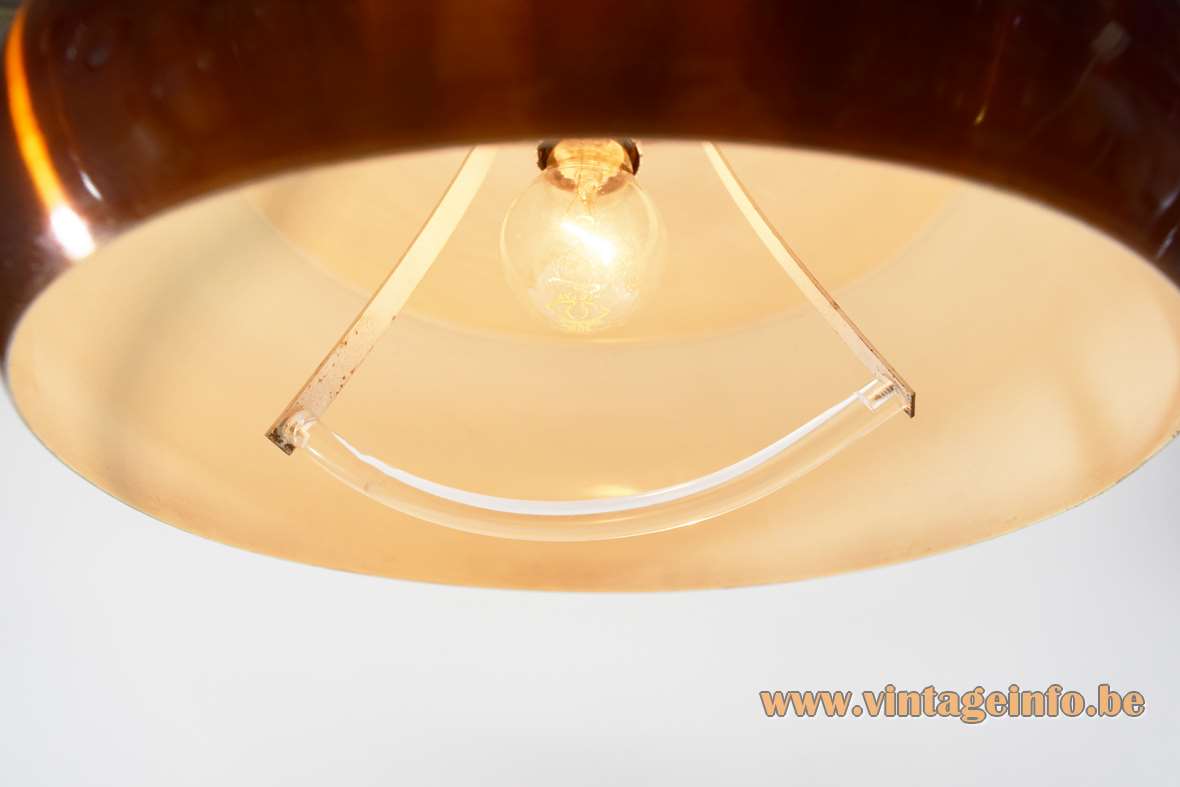 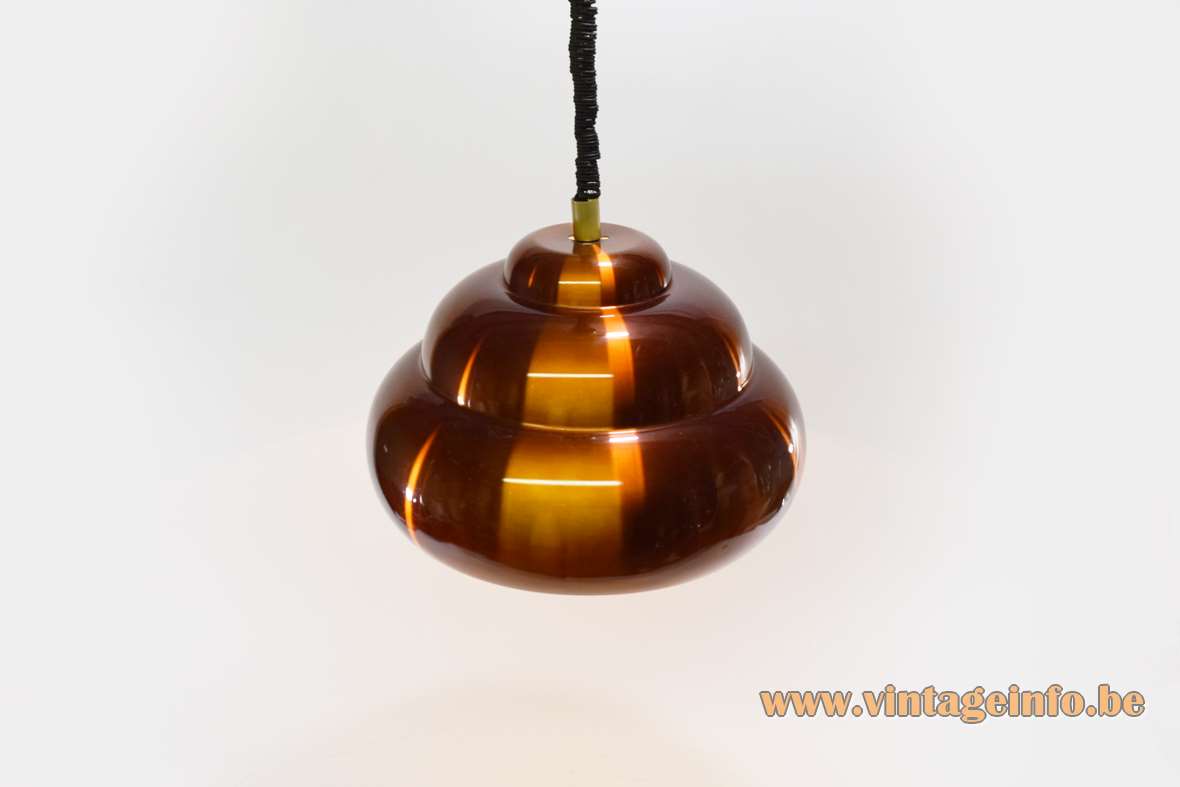 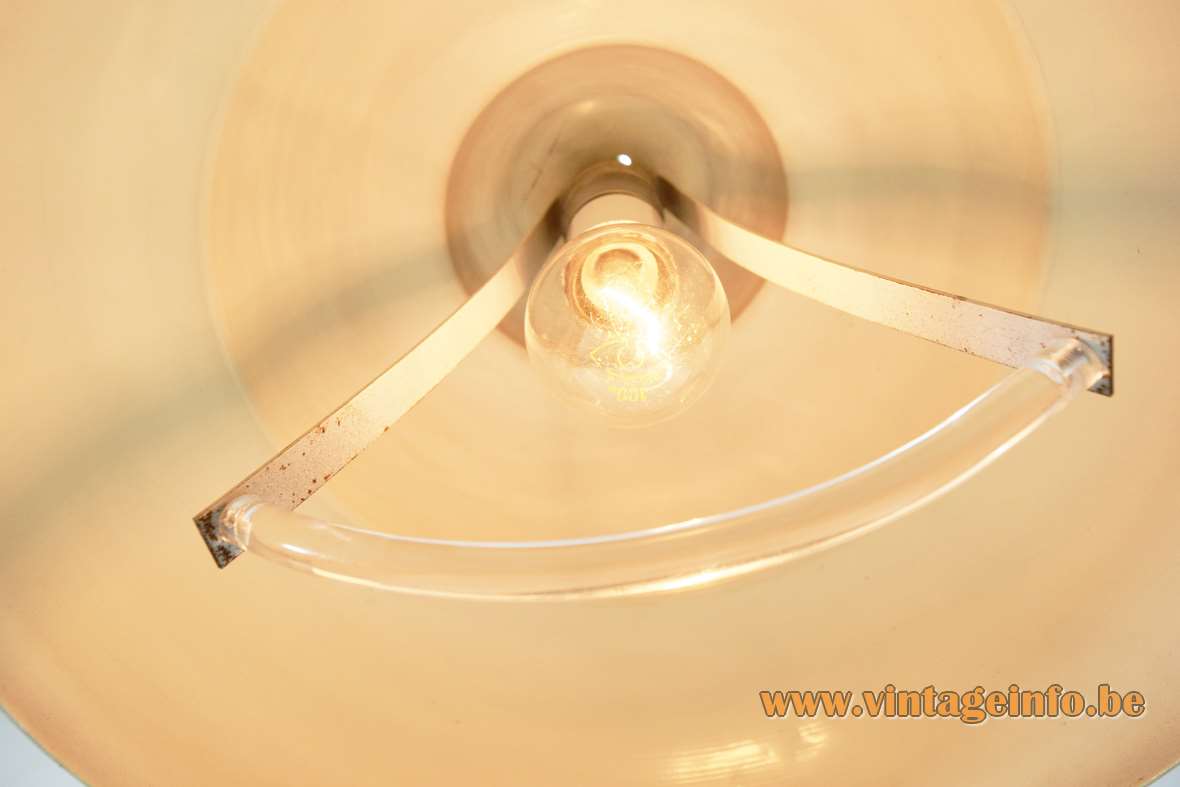 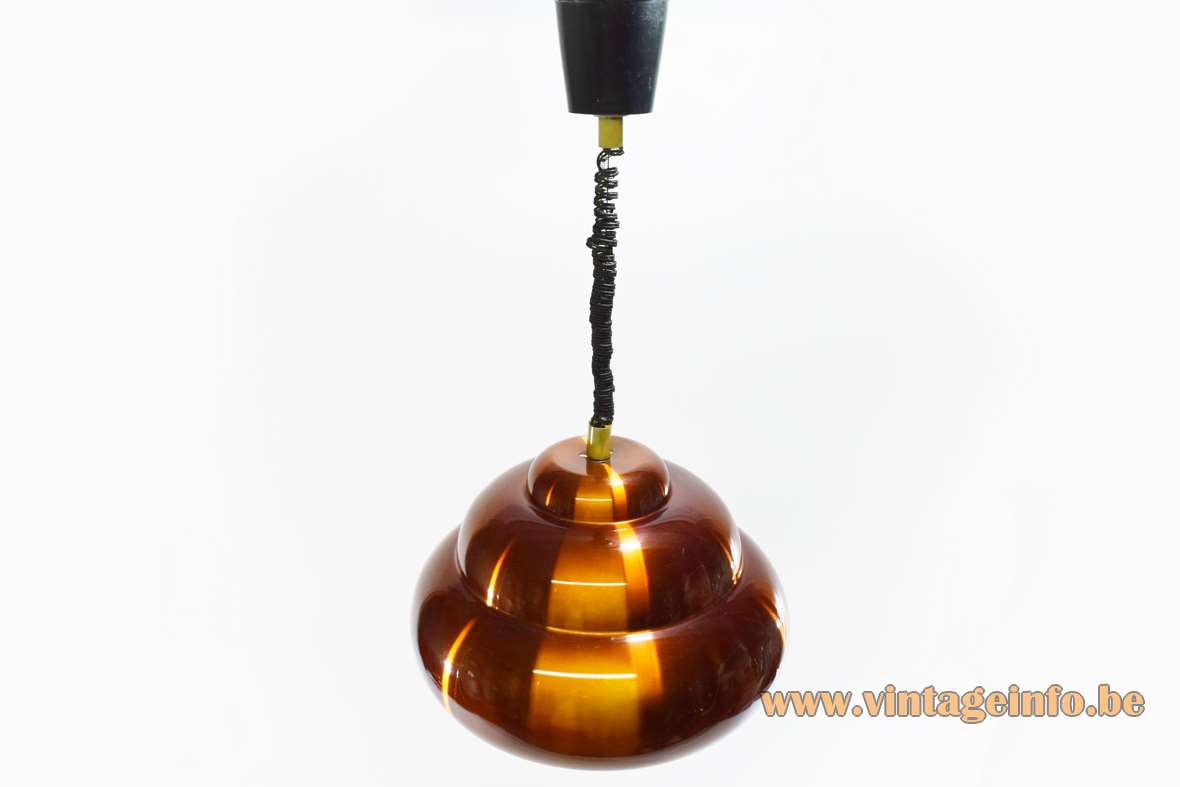 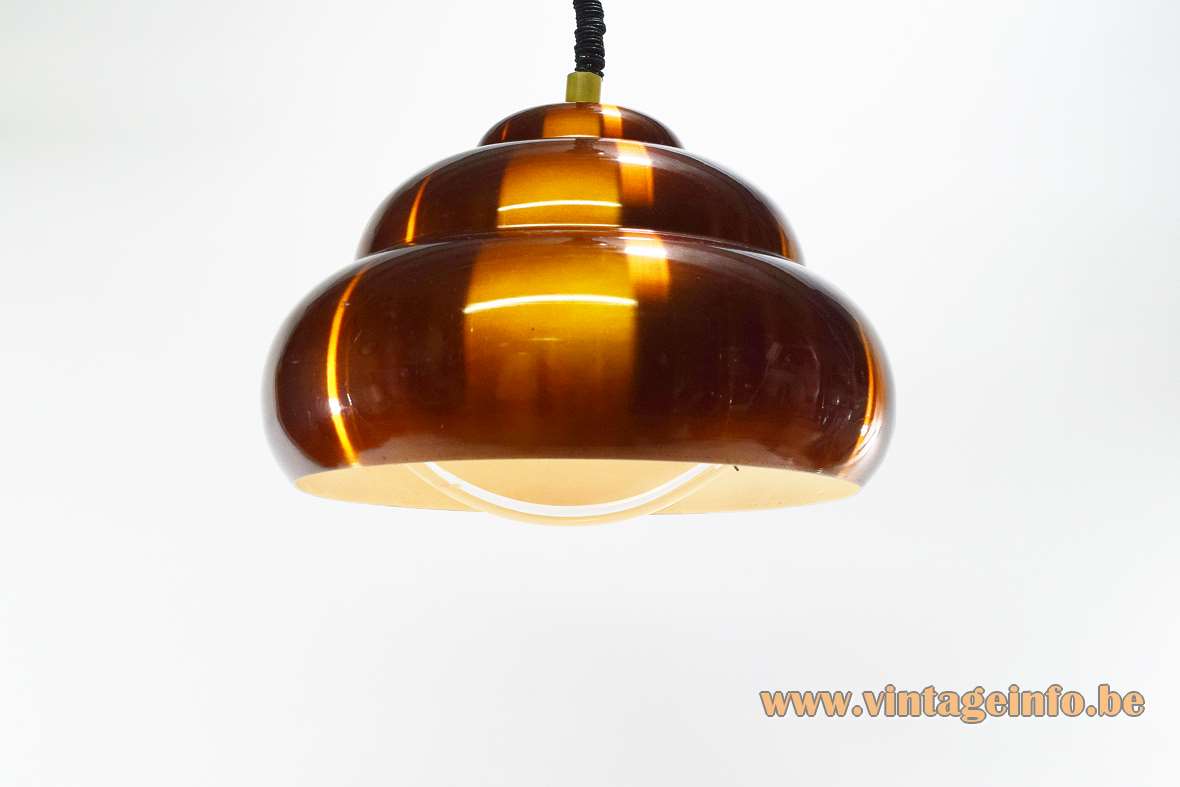 First of all, Fratelli Giannelli is not a lighting company, they only made the rise & fall mechanism.

Other versions: It is unknown if this Fratelli Giannelli copper pendant lamp exists in other versions. Probably they were made in several colours.

Many lamps appear when you do a internet search on Fratelli Giannelli. All in a style that is not a style, typical for lamps produced by Massive, Belgium. They are all lamps that have the looks of other companies, but they are not. And most important: all the lamps you find have a Fratelli Gianelli rise & fall mechanism.

FG or Fratelli Giannelli (brothers Giannelli) was a rise & fall mechanism producer such as the better known Italian company Rolly. Both firms are long gone. In the 1980s the interest in the rise & fall lamps was over. The only company with that name to be found in the region is Gianagri S.n.c. Fratelli Giannelli. Today (2018) it is Saulina Srl; hotel Villa Saulina, some 25 km / 15,5 mi from Florence, the capital city of the Italian region of Tuscany. It is unclear if they got anything to do with the former rise & fall mechanism producer. 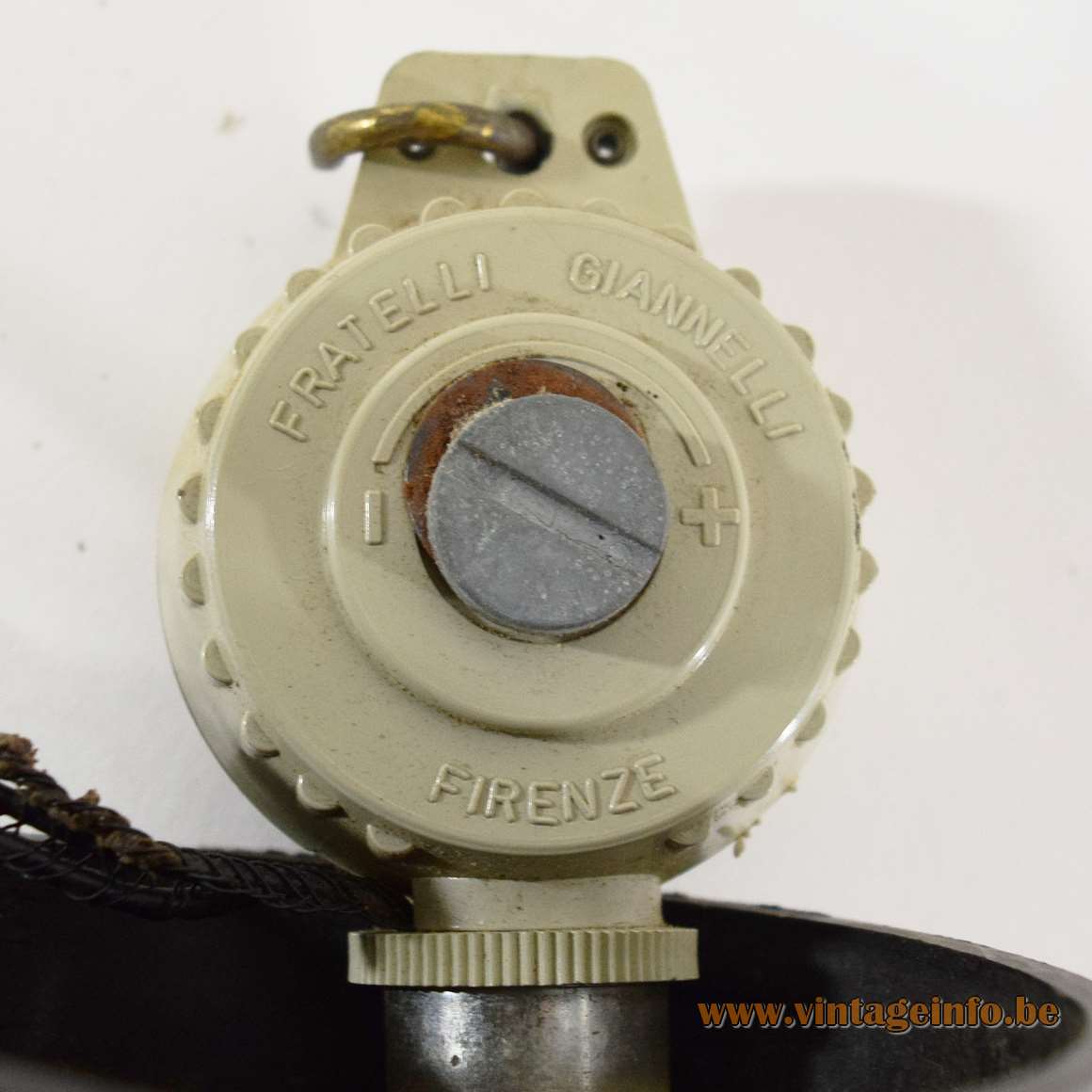 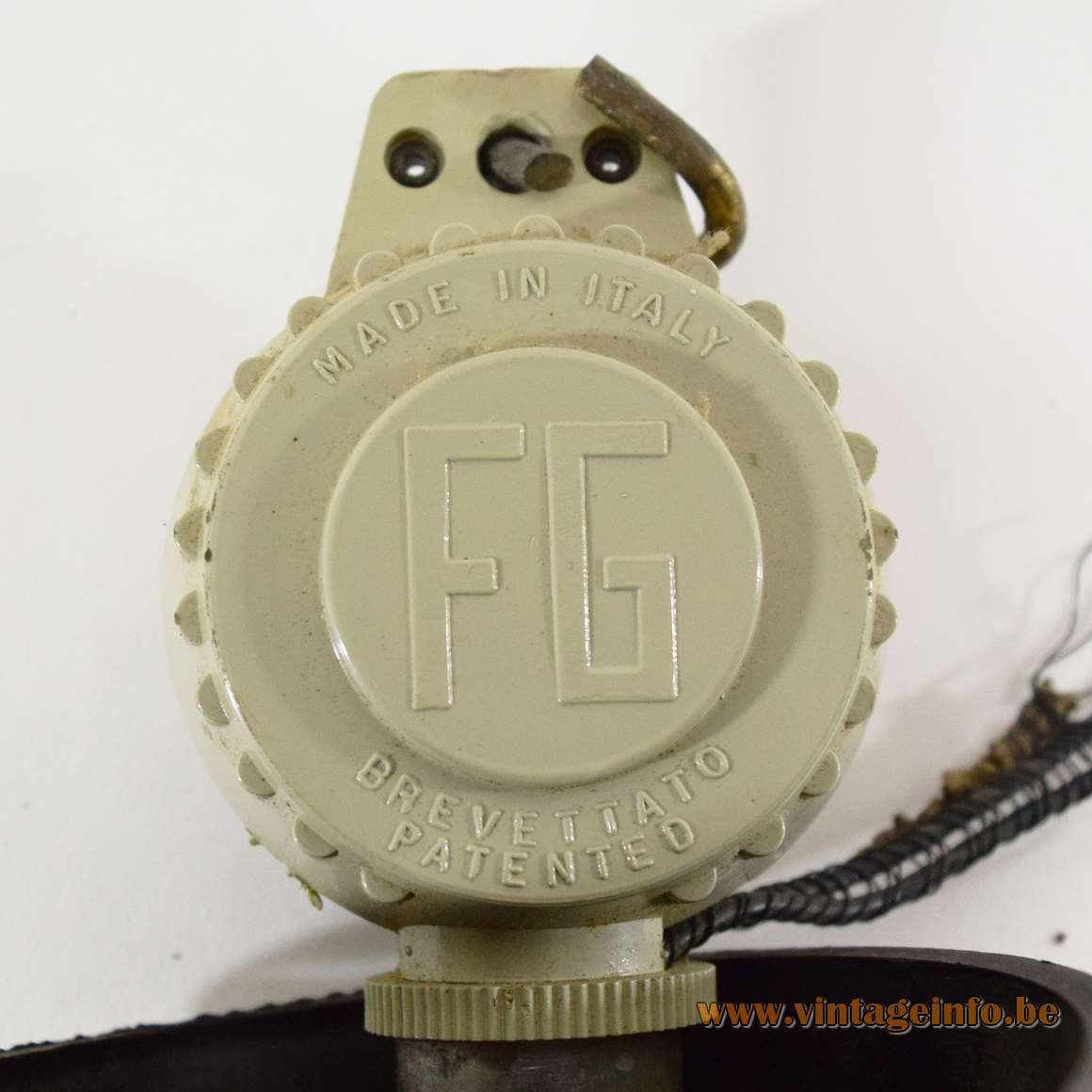