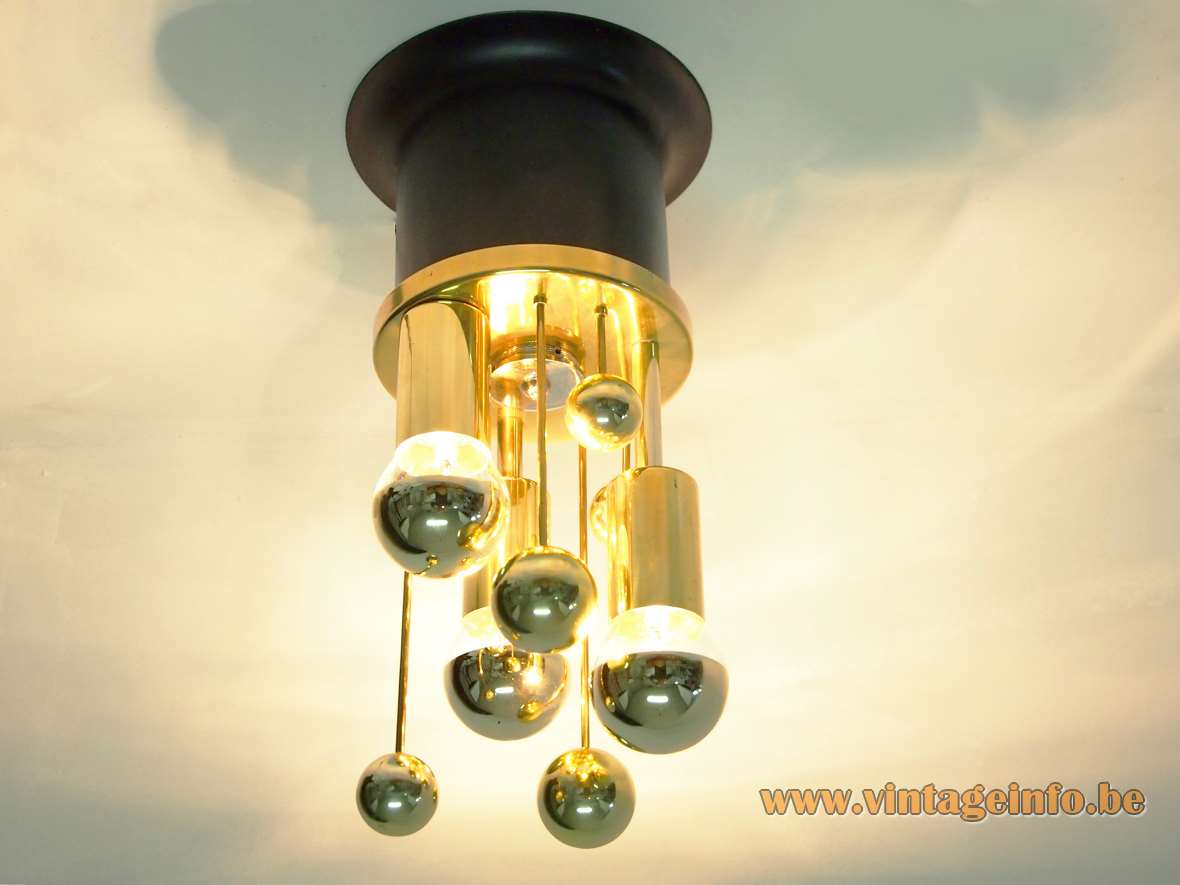 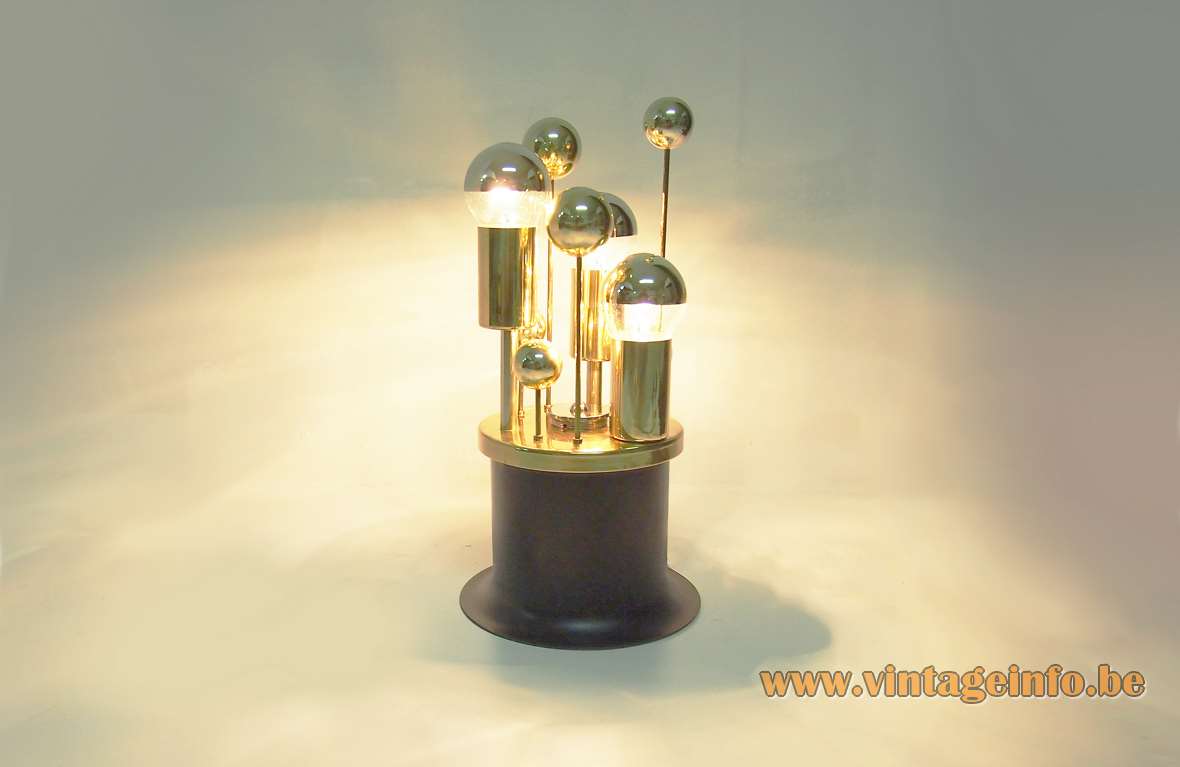 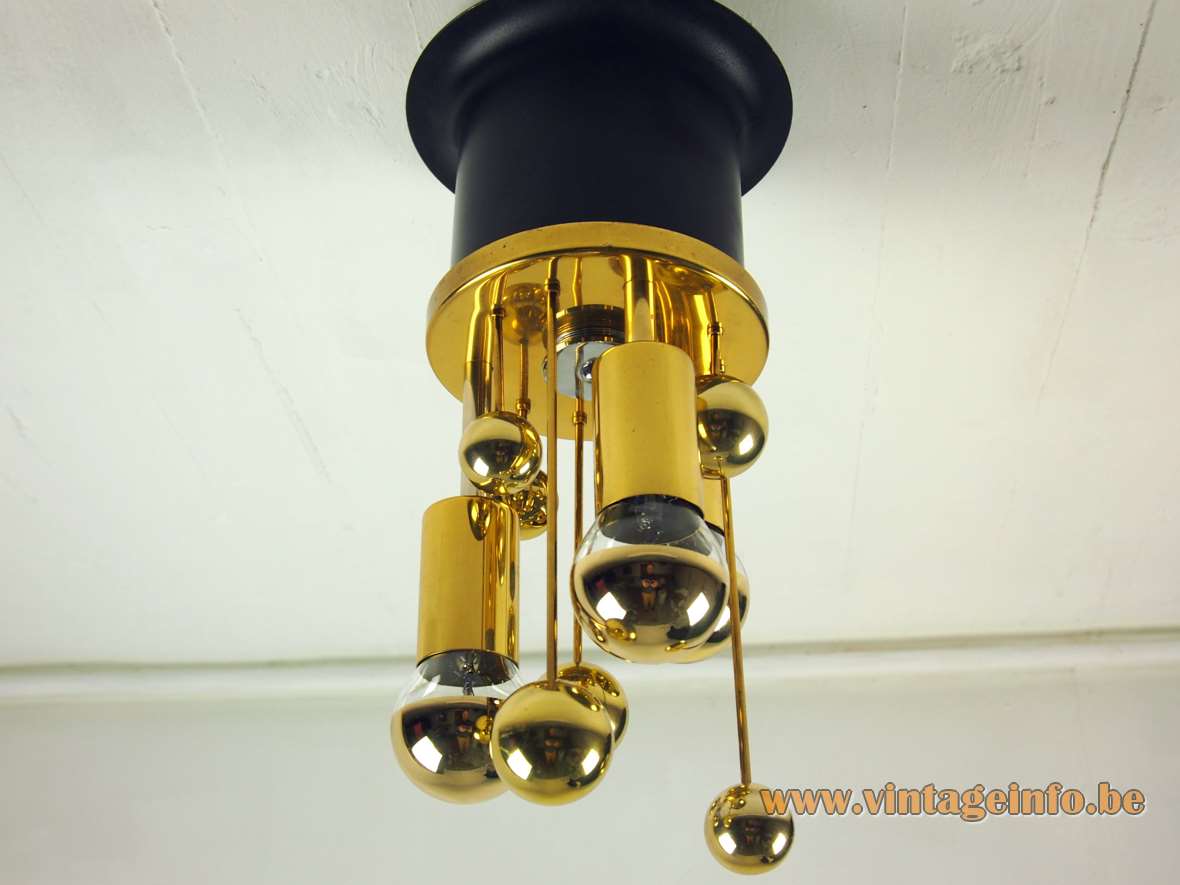 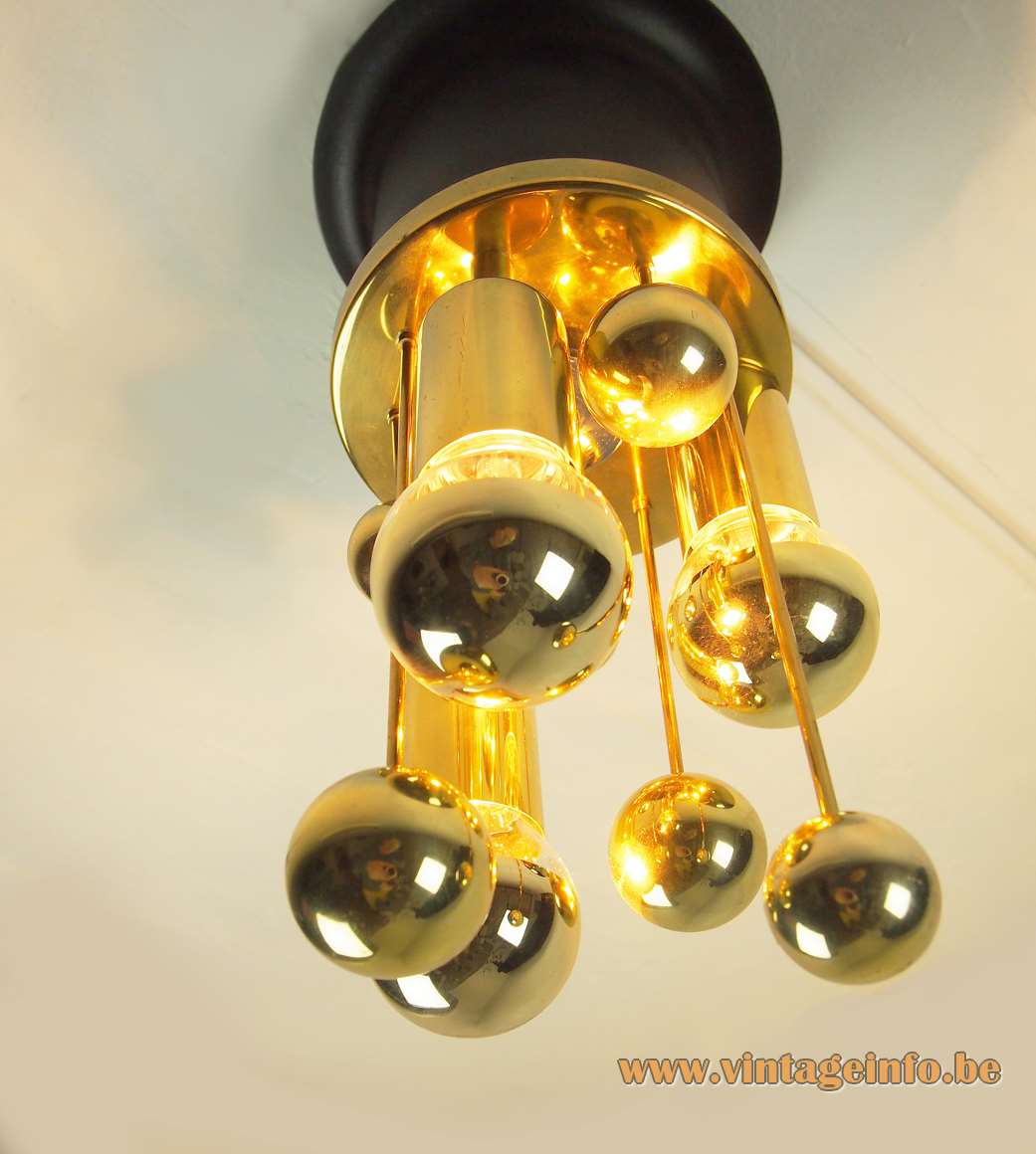 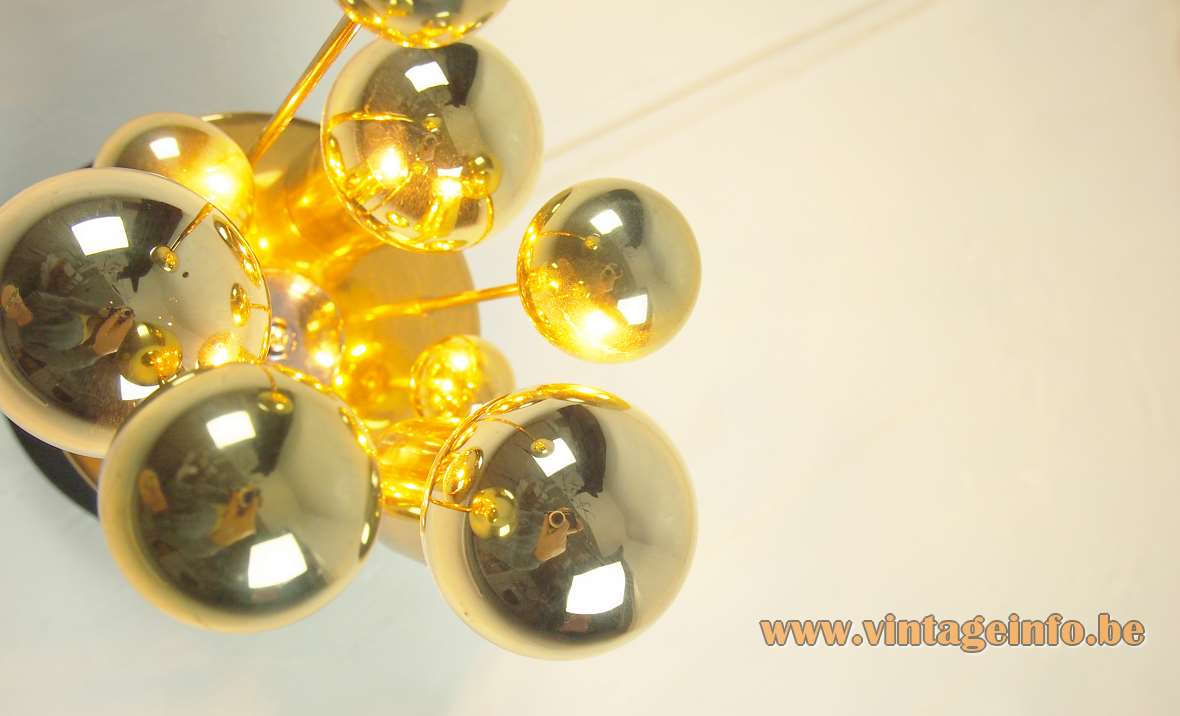 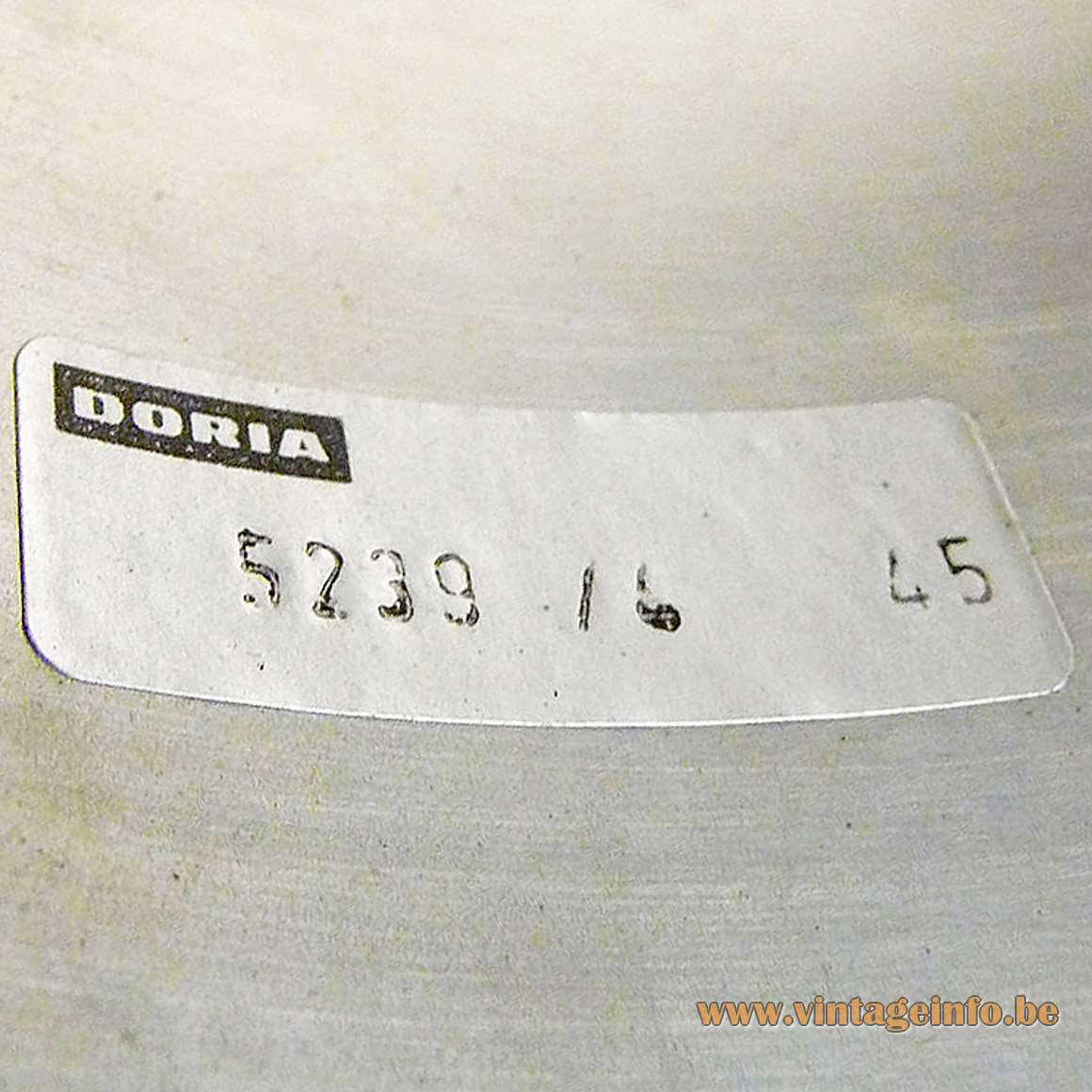 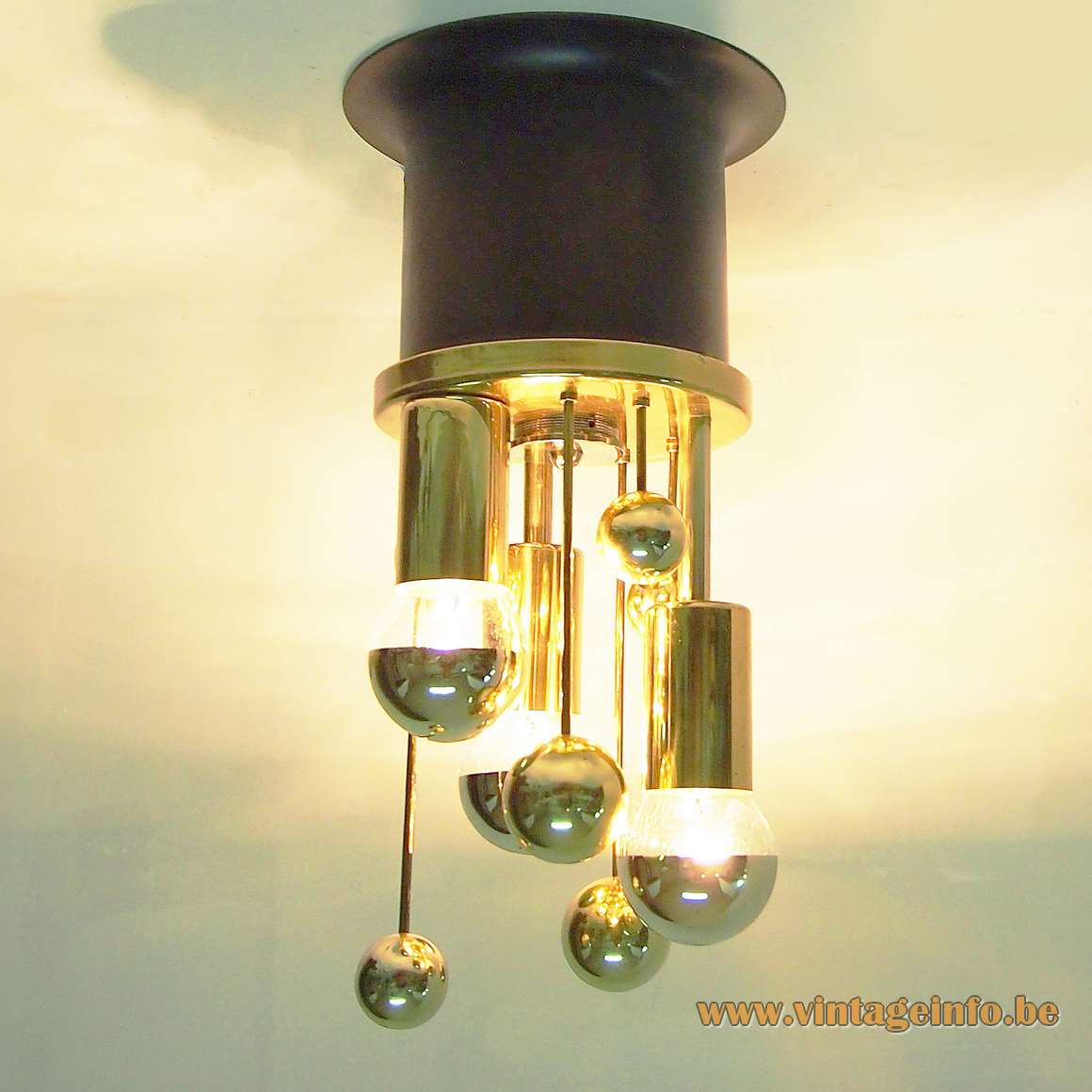 Other versions: The DORIA Brass satellite flush mount or ceiling lamp was made in many forms and sizes, mostly with a glass globe around the complete lamp. This lamp was an NOS (New Old Stock) lamp and it was packaged like this. These sputnik, space age style lamps were produced in the 1960s and 1970s. This one has an 1970s label. Sometimes they are used as a table lamp. Table lamps also exists.