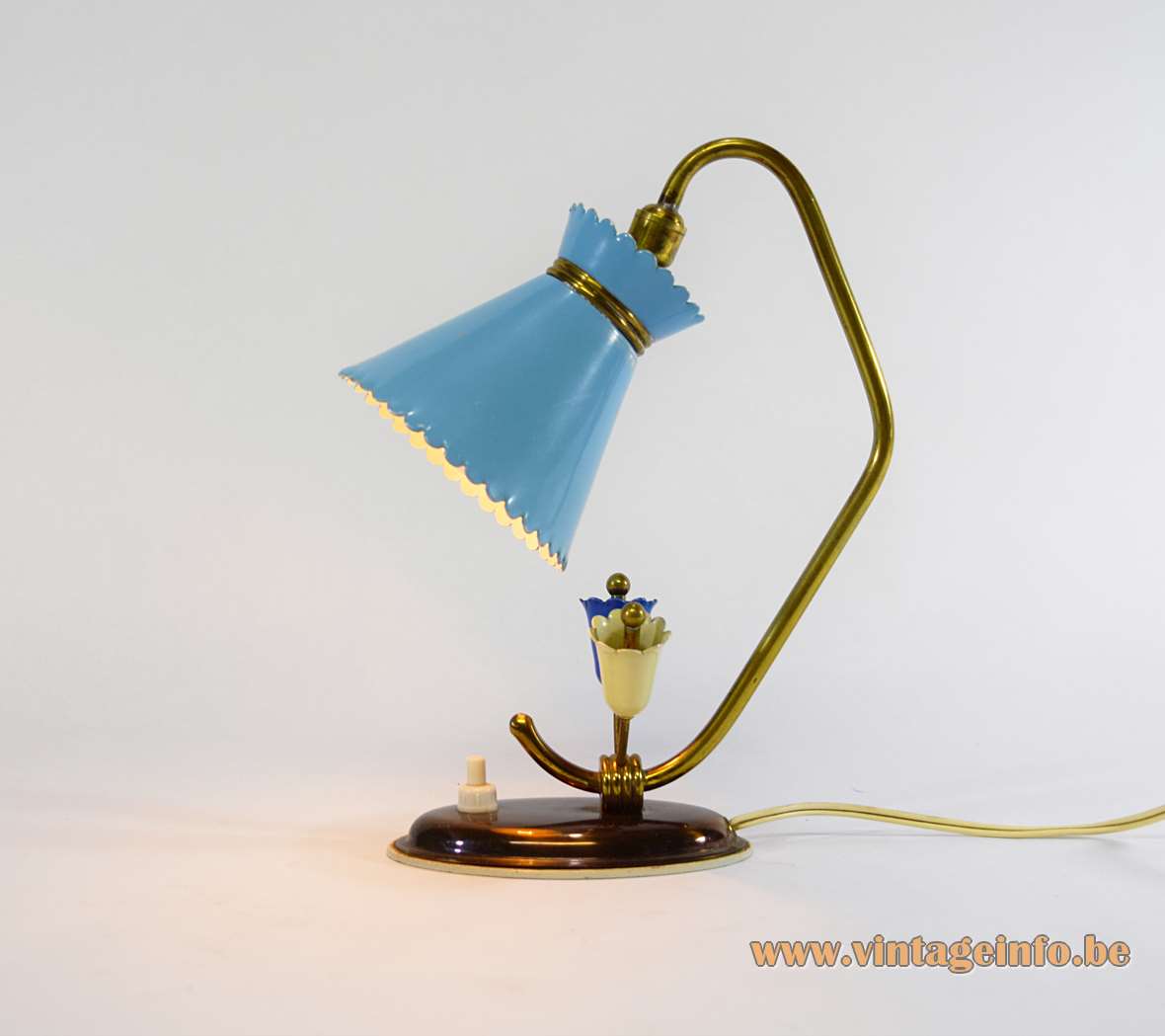 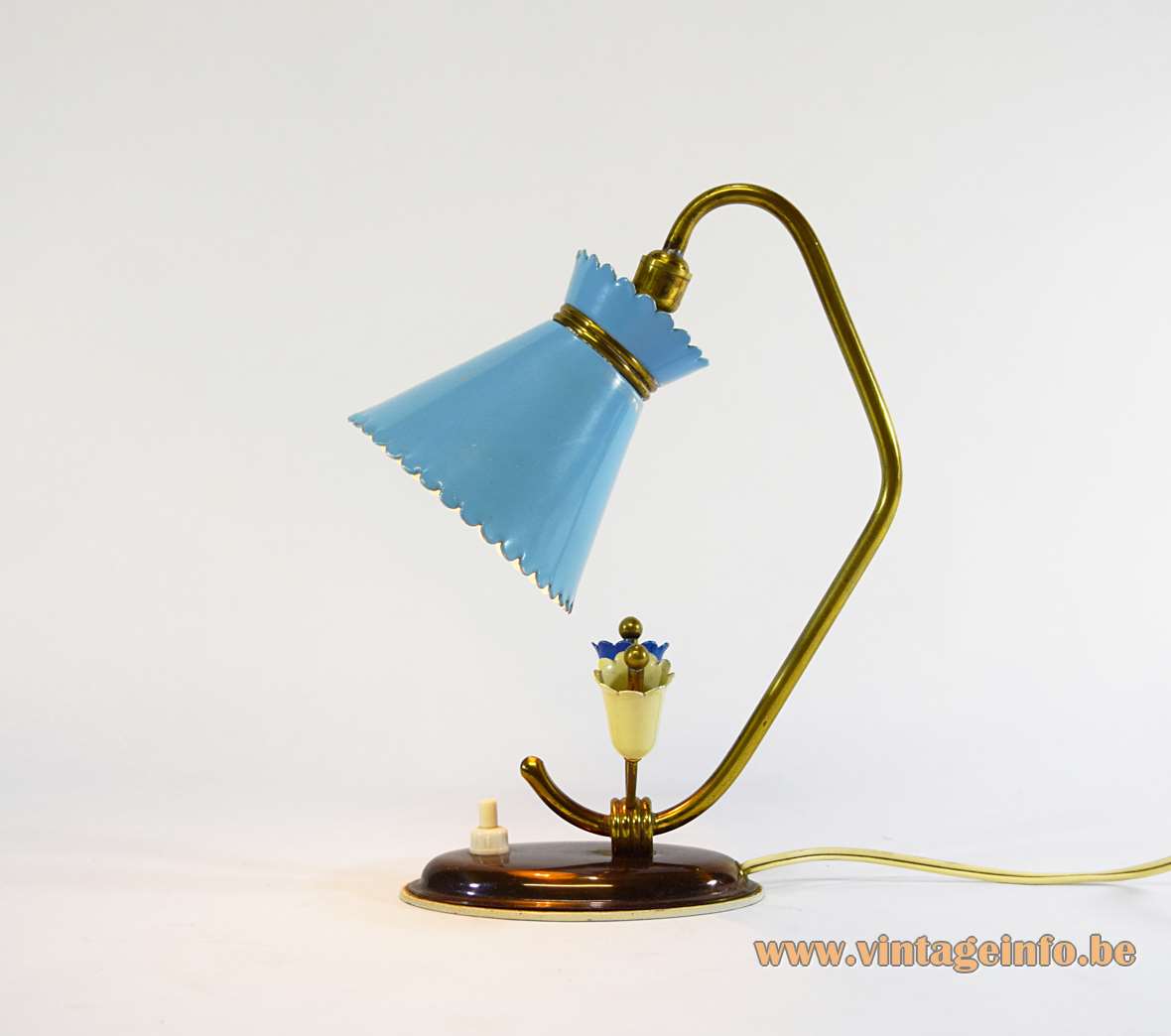 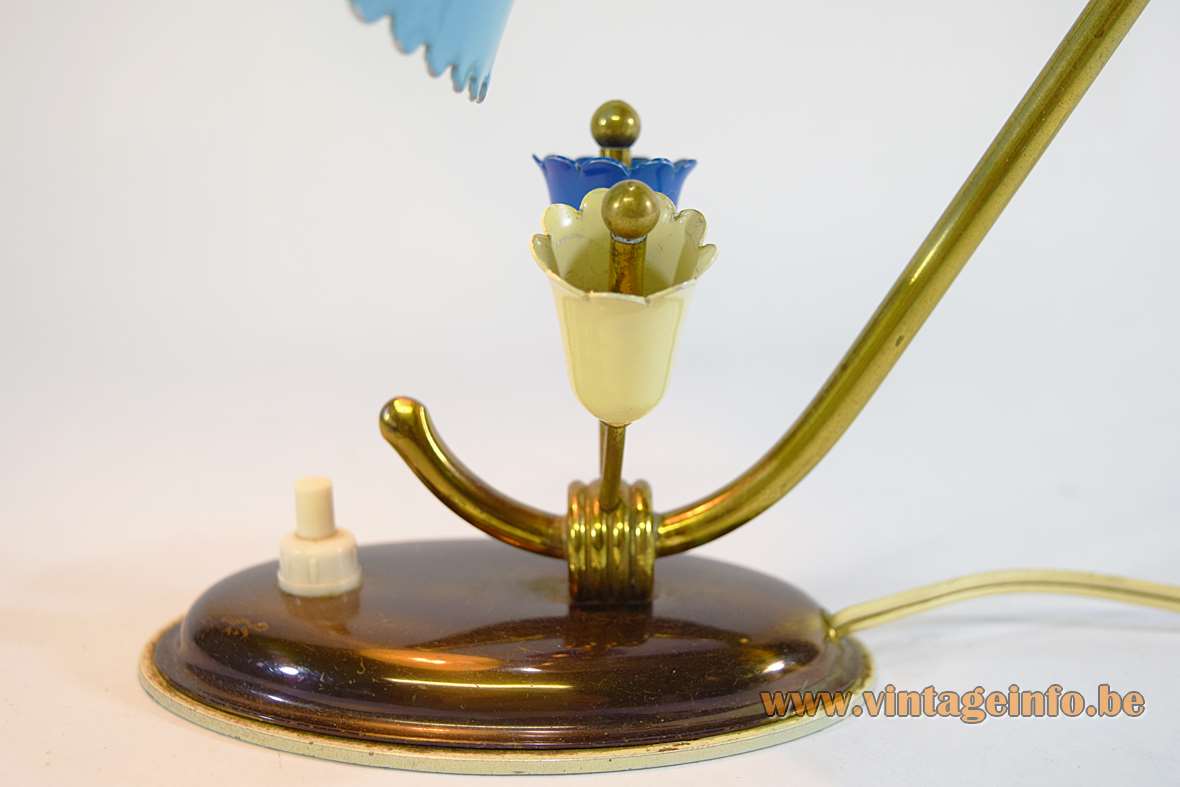 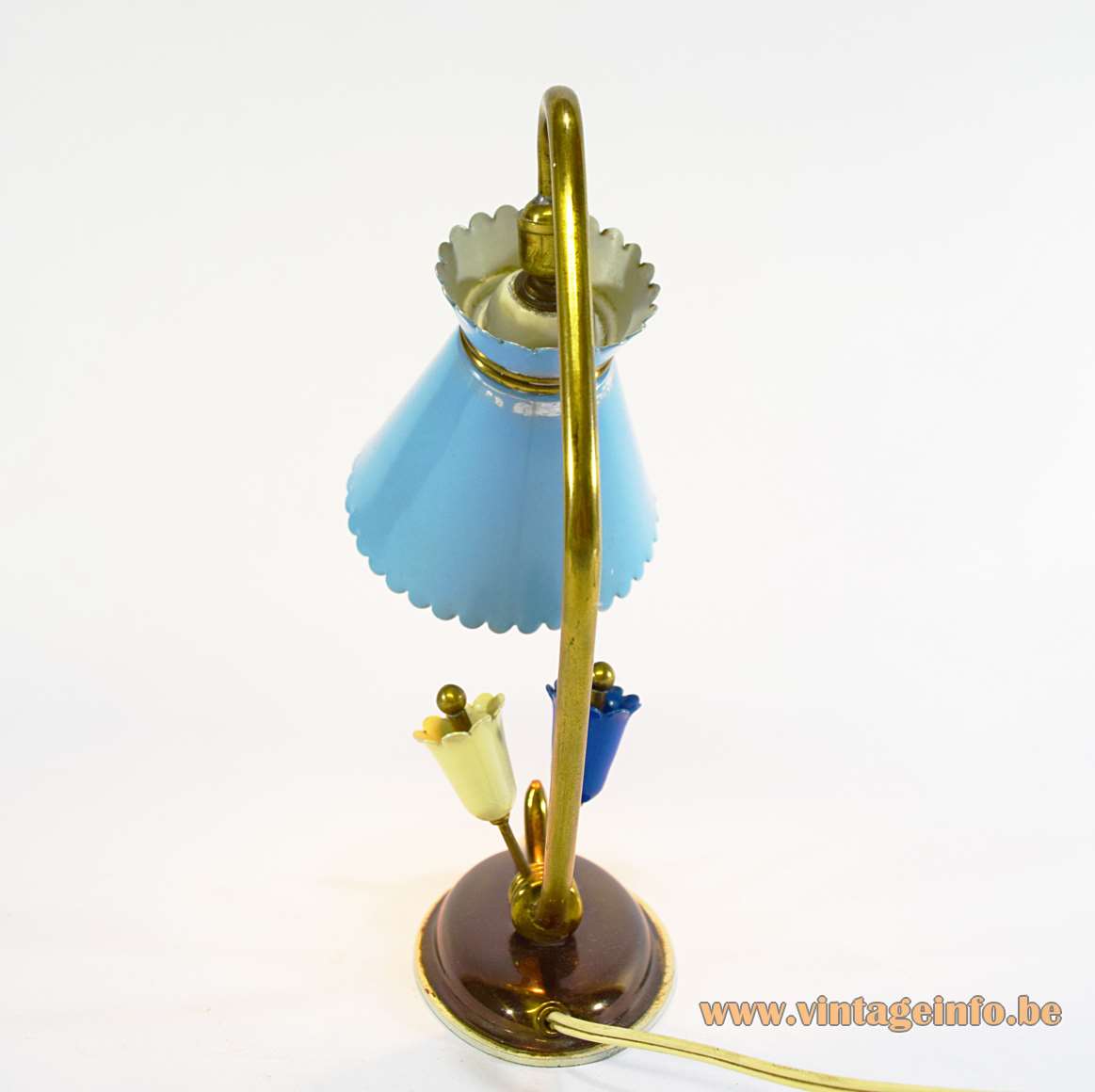 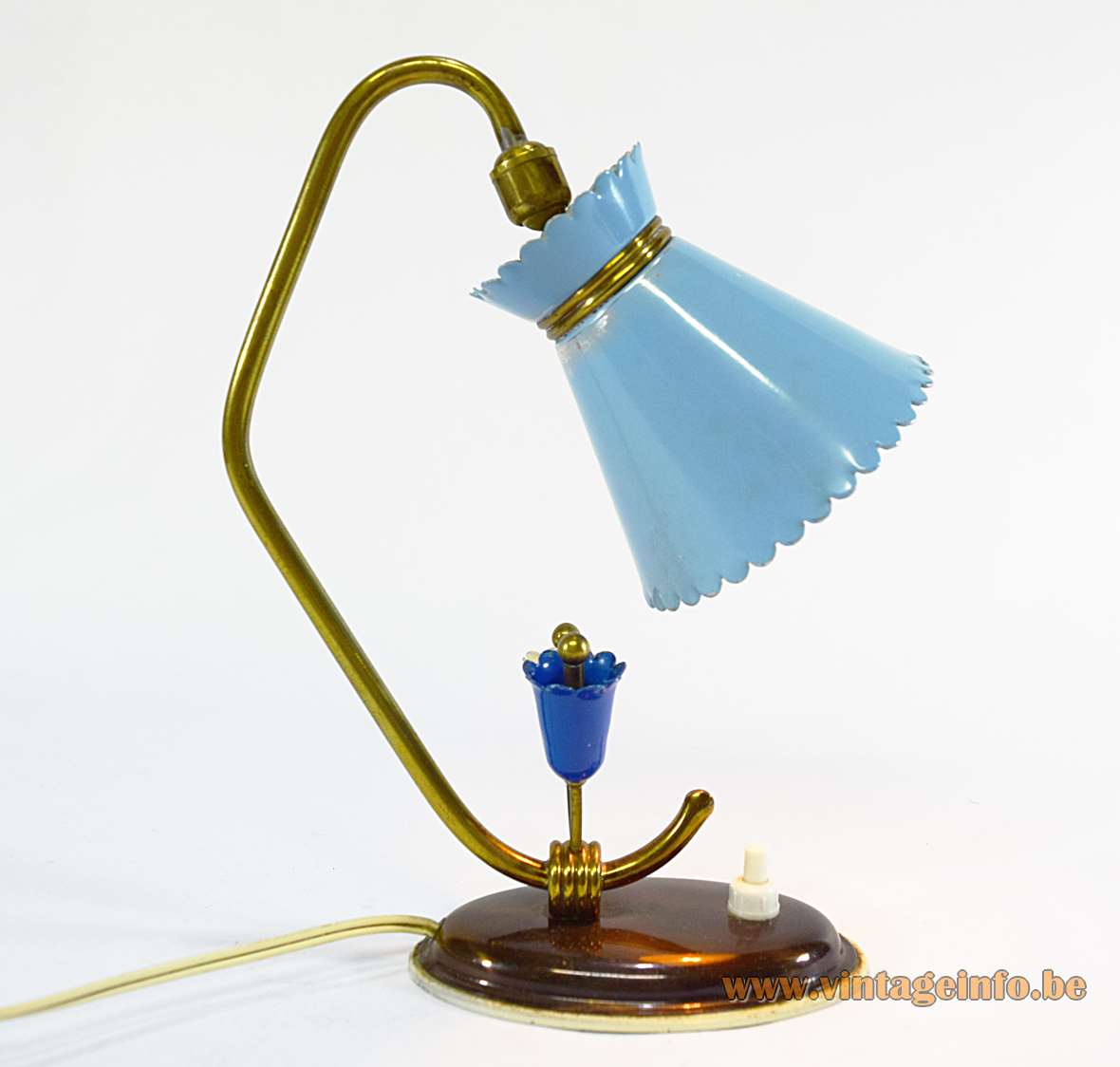 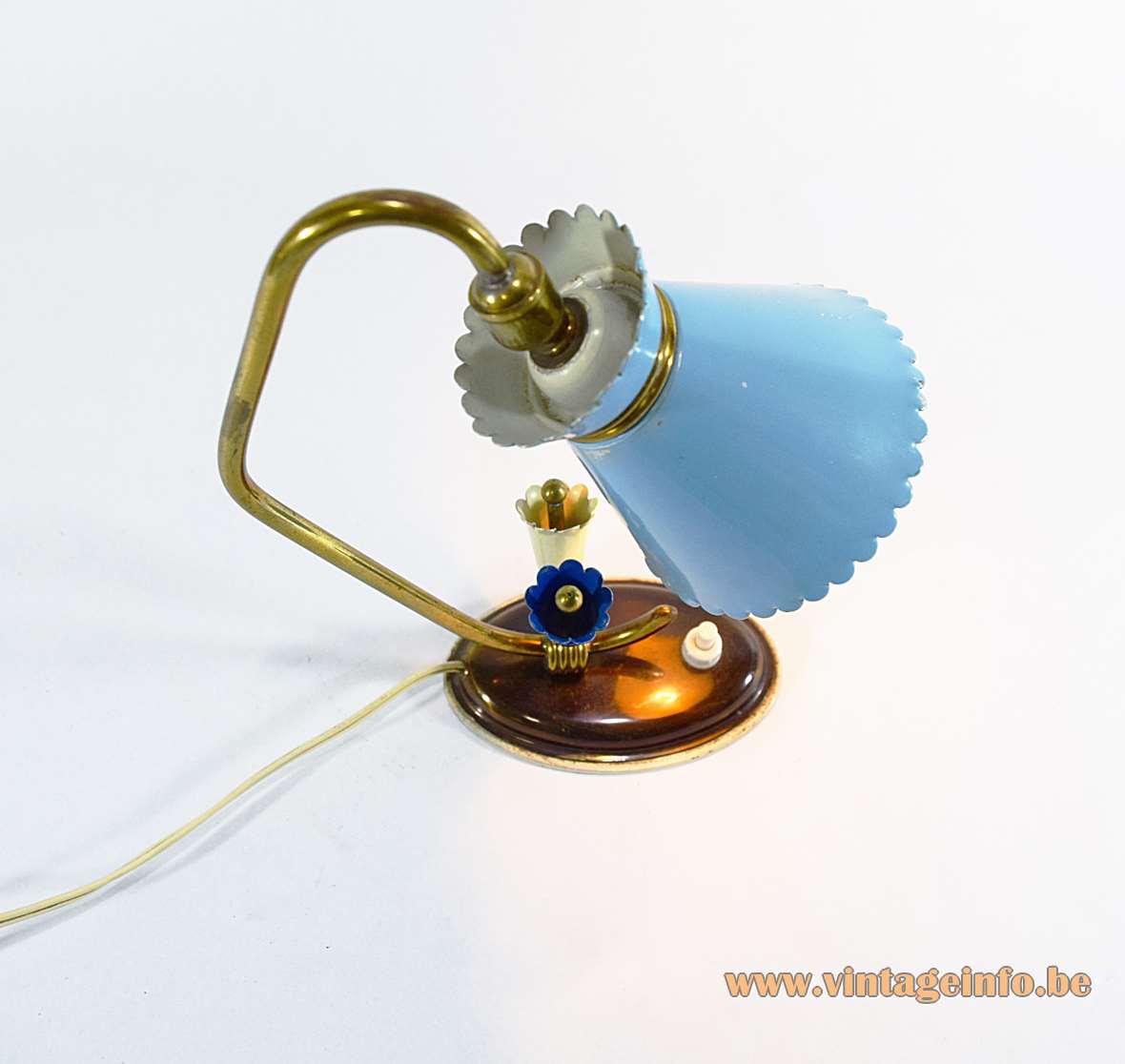 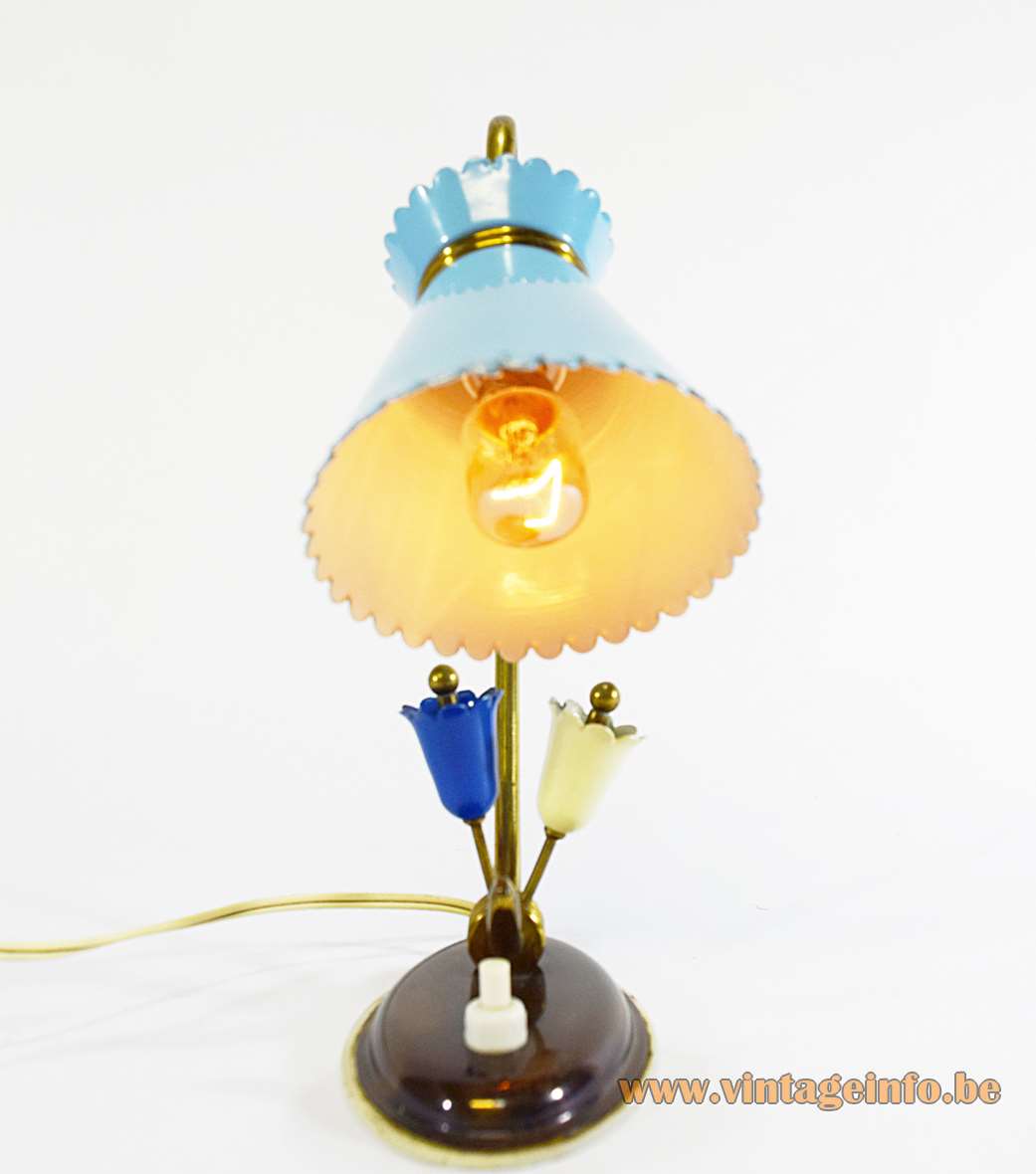 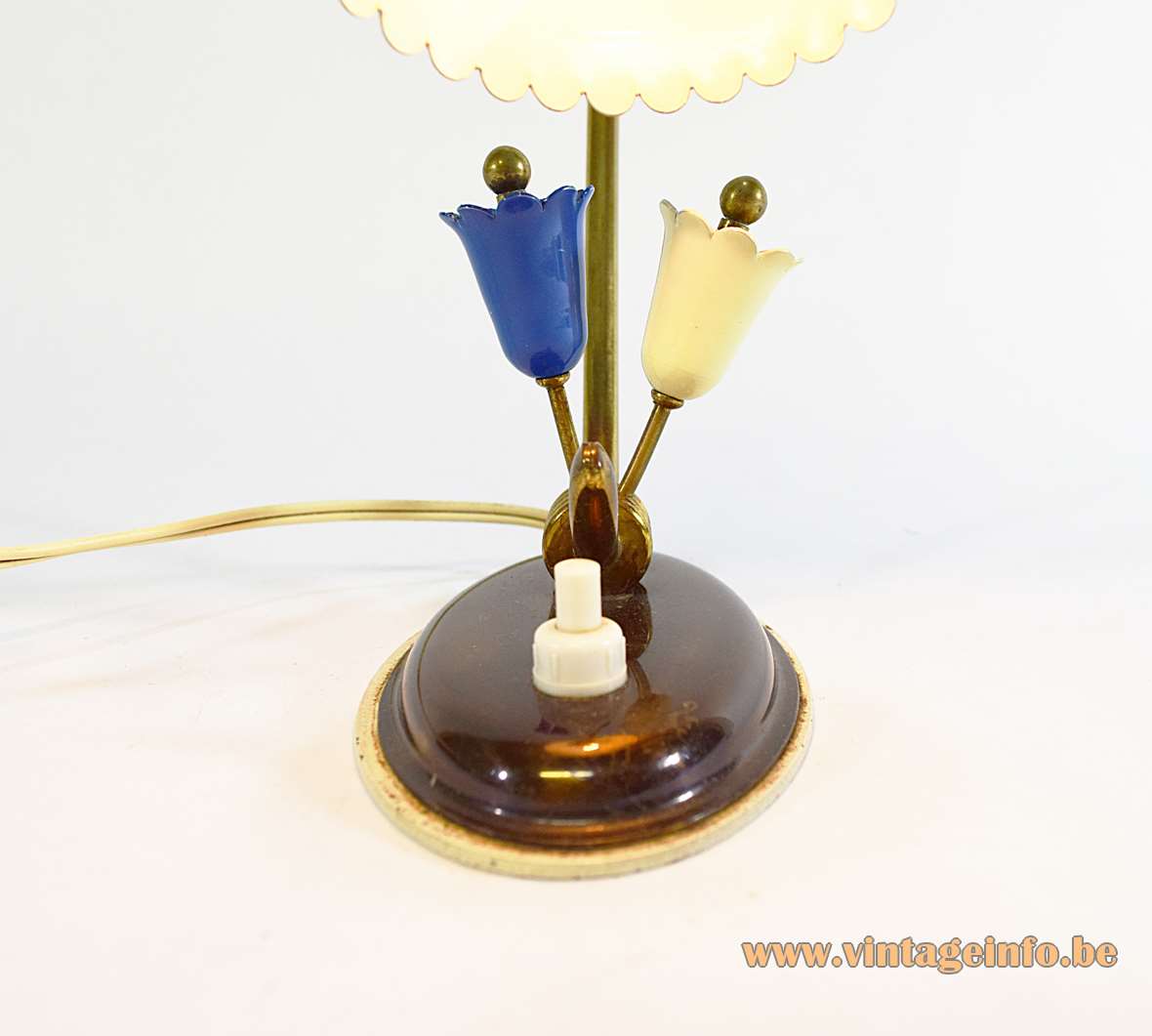 Other versions: This diabolo bedside table lamp exists in all probability in several colours.

Do you have an idea about the maker of this lamp? Please let us know through the contact form and help improve the websites exactitude.

In the eighteenth century, the diabolo became known in England and France.

The term “diabolo” was made up by French engineer Gustave Phillippart, who developed the modern diabolo in the early twentieth century and then was re-released. Since then, it has been widespread.

The wiring, plug, switch and socket are Italian and they are made by VLM Components from Buccinasco near Milan in the 1950s. The company became famous for the switches they produce since 1968, designed by Achille Castiglioni. 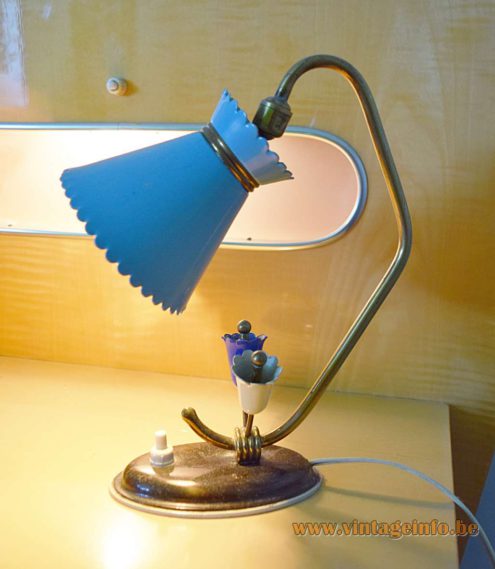