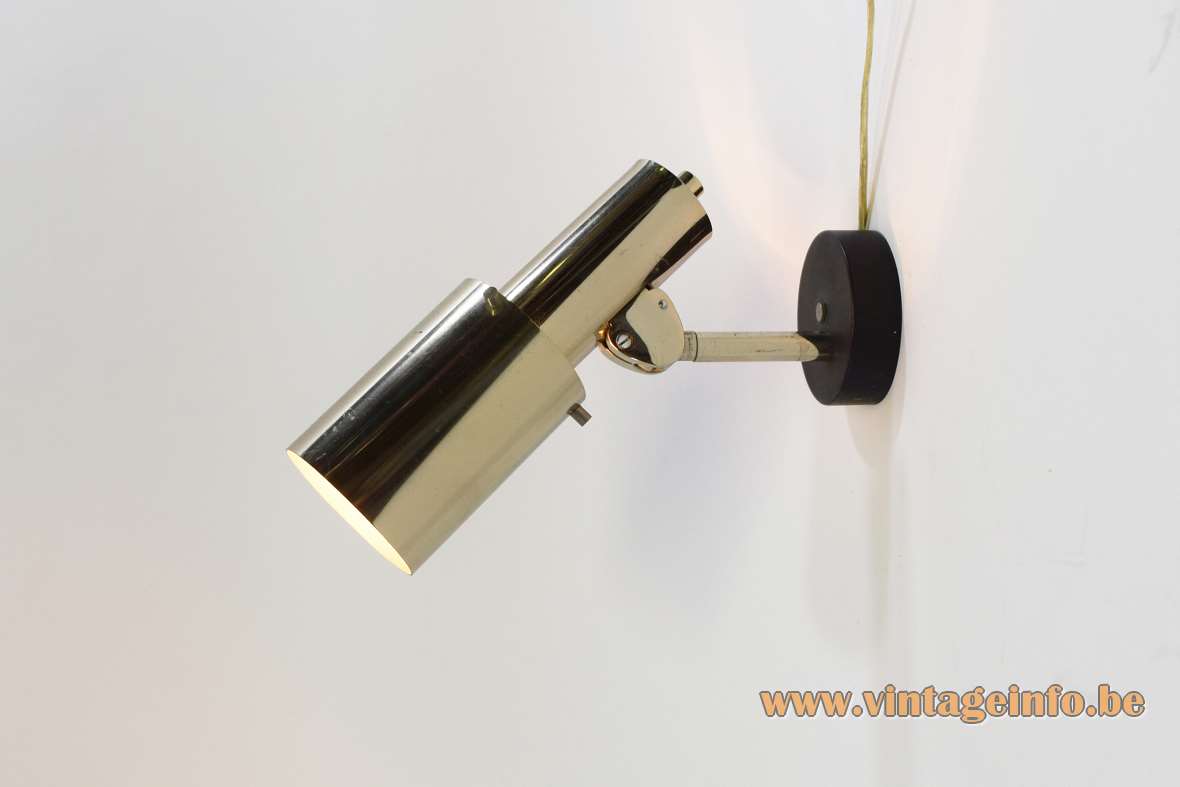 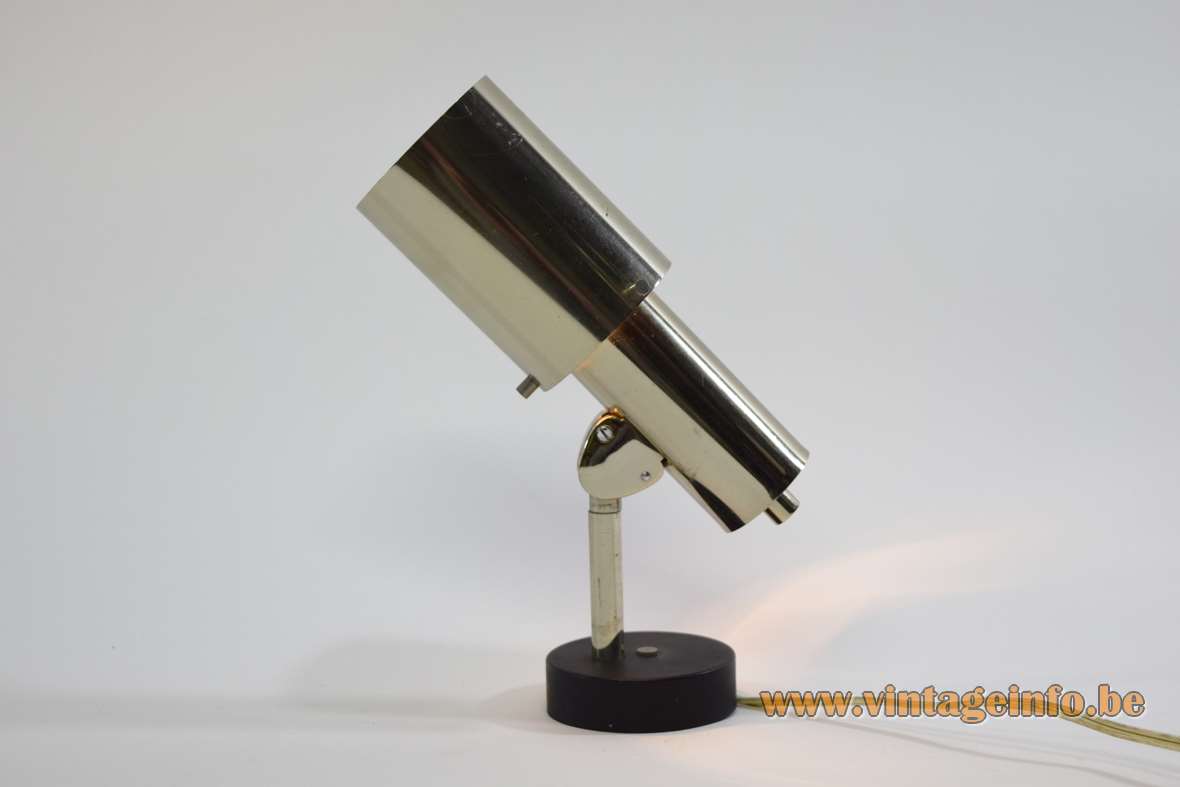 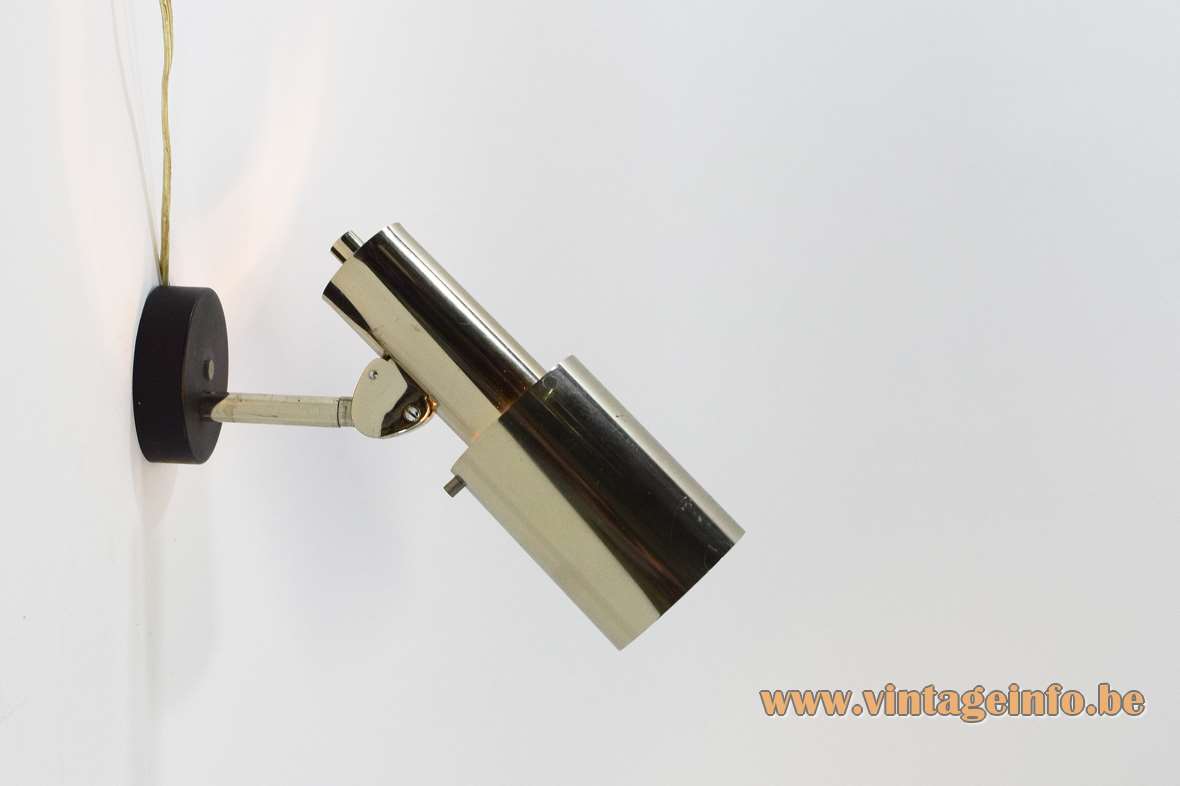 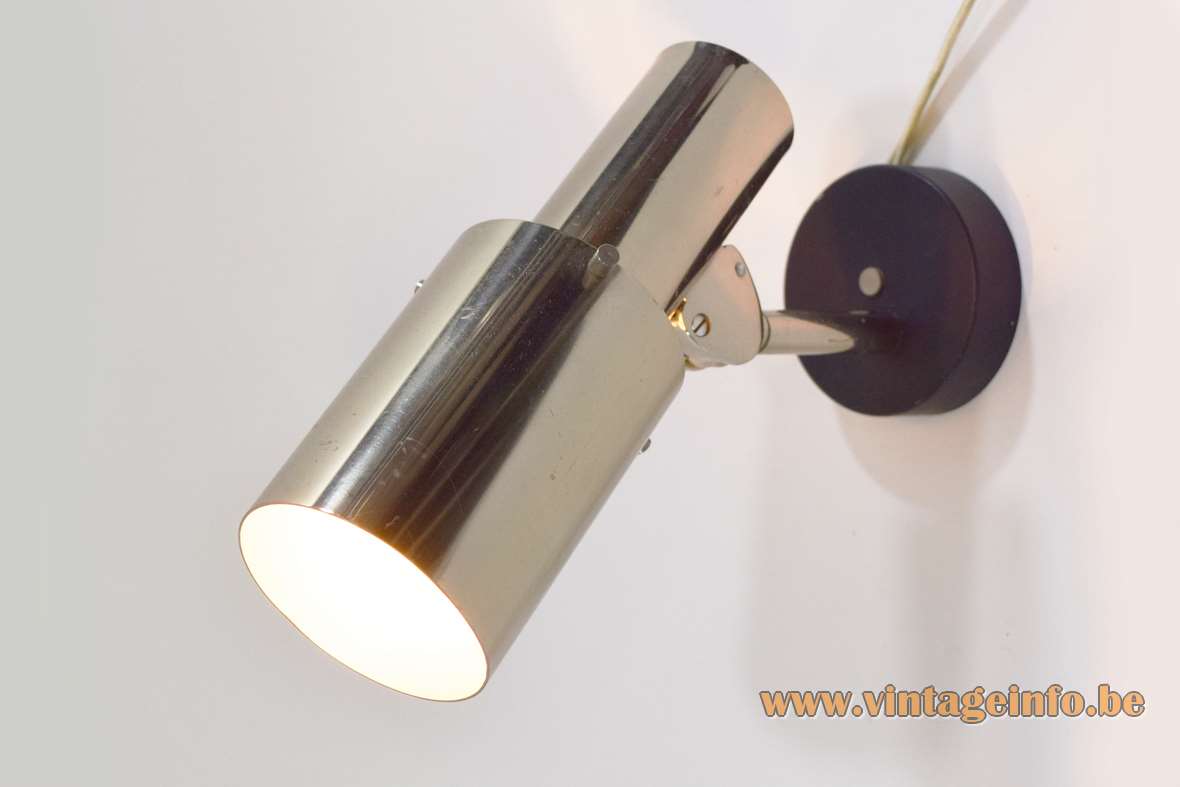 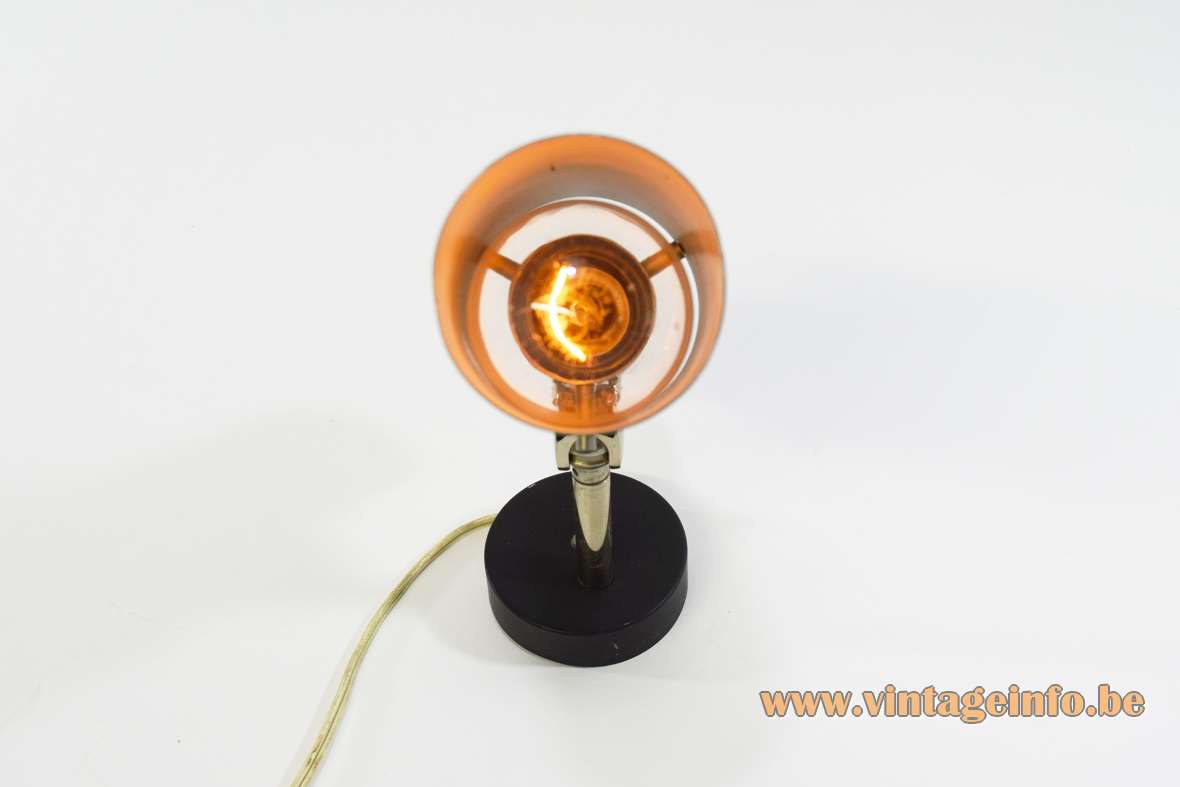 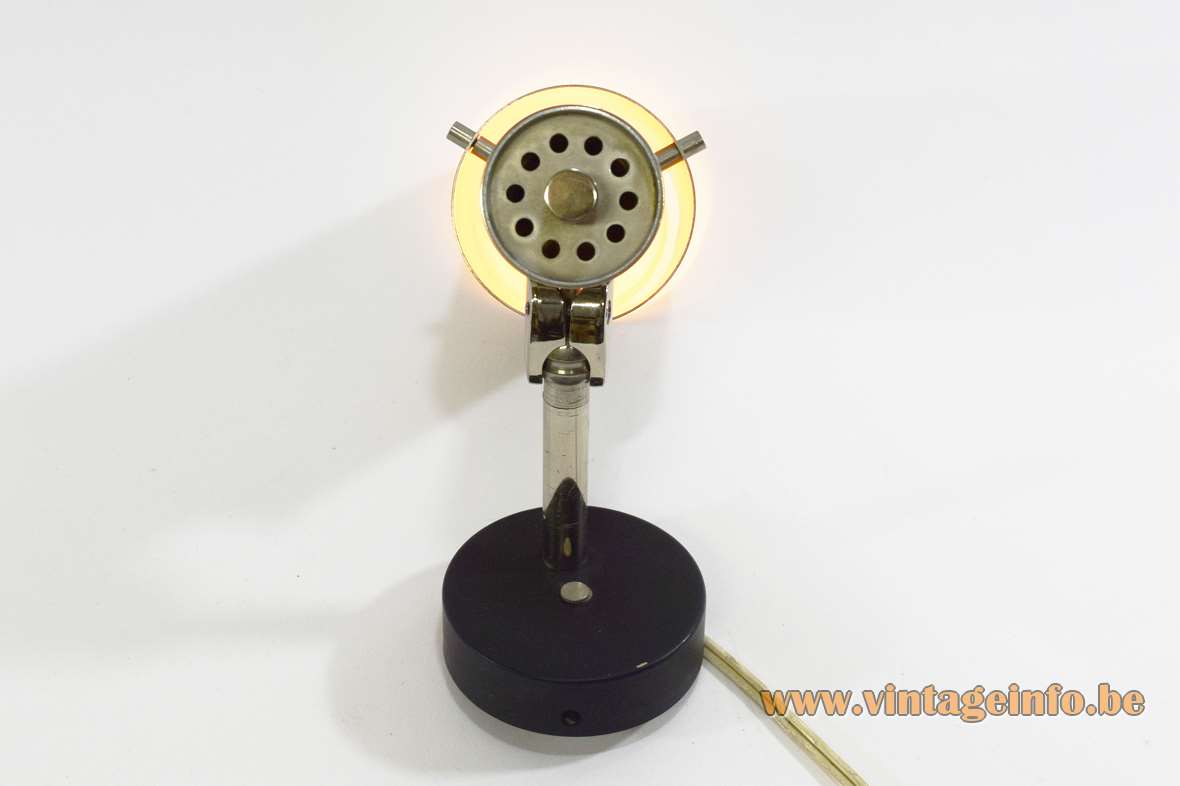 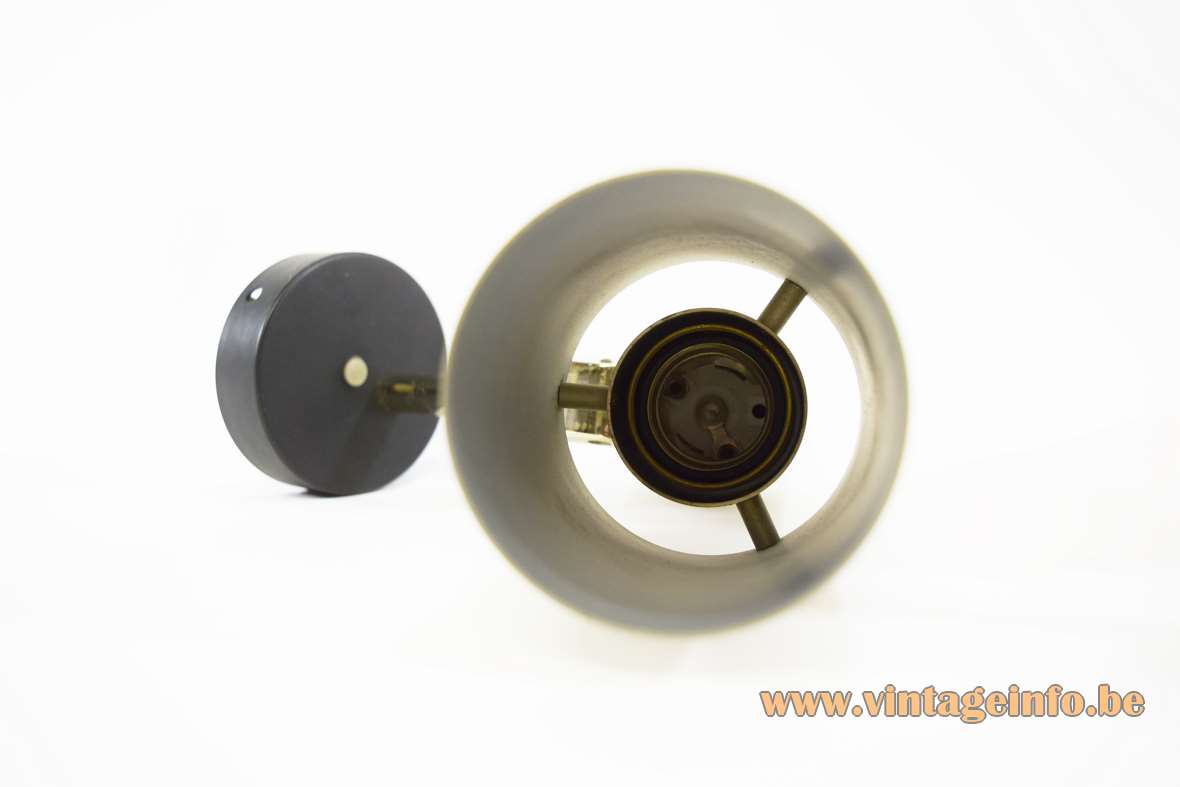 The desk lamp version of this chrome wall lamp was used as a prop in the 2017 Belgian television crime series Unité 42 (Unit 42). Starring Patrick Ridremont, Constance Gay and Tom Audenaert. Many other lamps appear in the series. The lamp on the right is a Philips lamp designed in the 50s by Louis Kalff. It appears on several places in this series. A Les Ateliers Boulanger floor lamp was also used (photo below).

Other versions: This chrome wall lamp was also made as a desk lamp in a slightly longer version, as you can see in the photo of the TV series Unité 42. The movable mechanism was used for several types of lamps. On the left 2 floor lamps, below another desk lamp.

The design of these wall lamps is similar with the Sonet wall lamps, designed by Hans Per Jeppesen for Fog & Mørup. 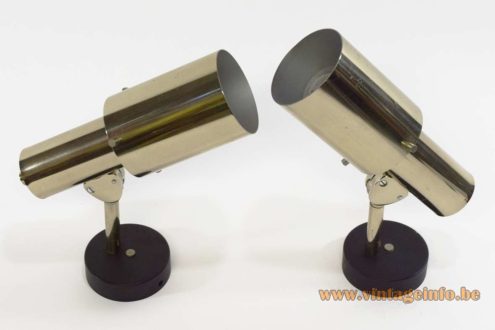 Desk lamp with the same connector between the rod and lampshade 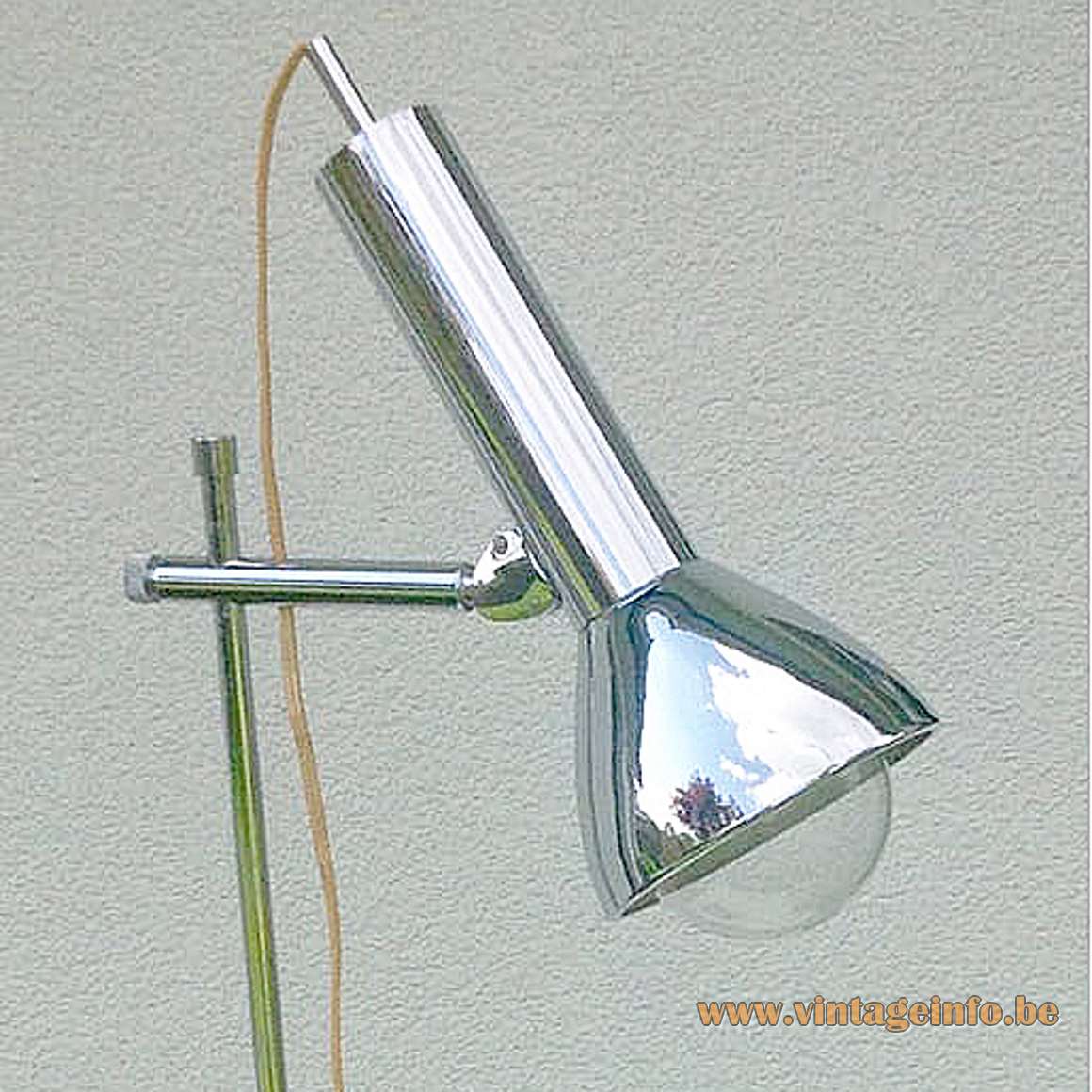 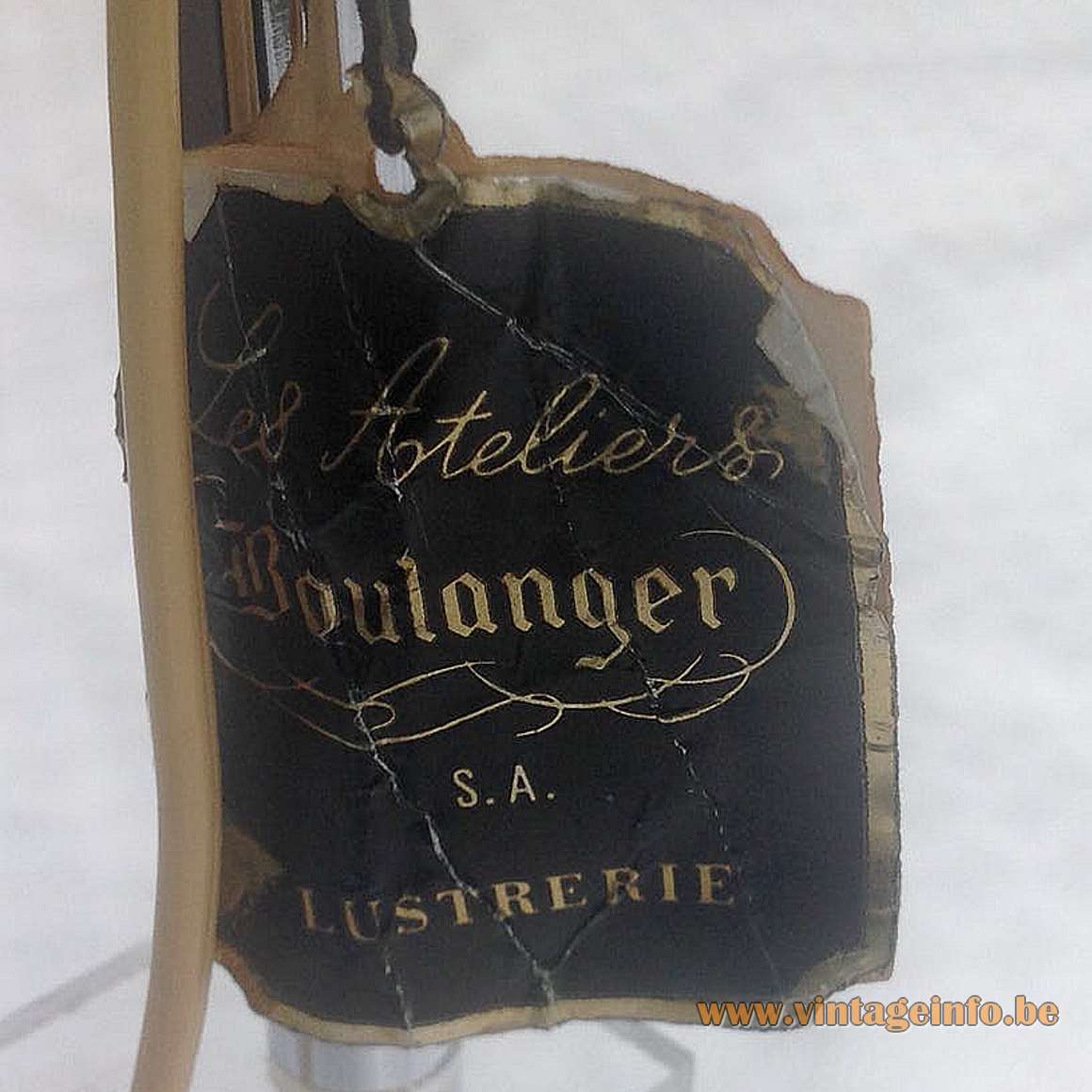 Floor lamps with the same connector between the rod and lampshade 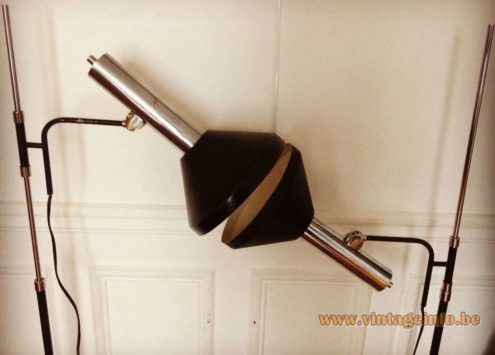