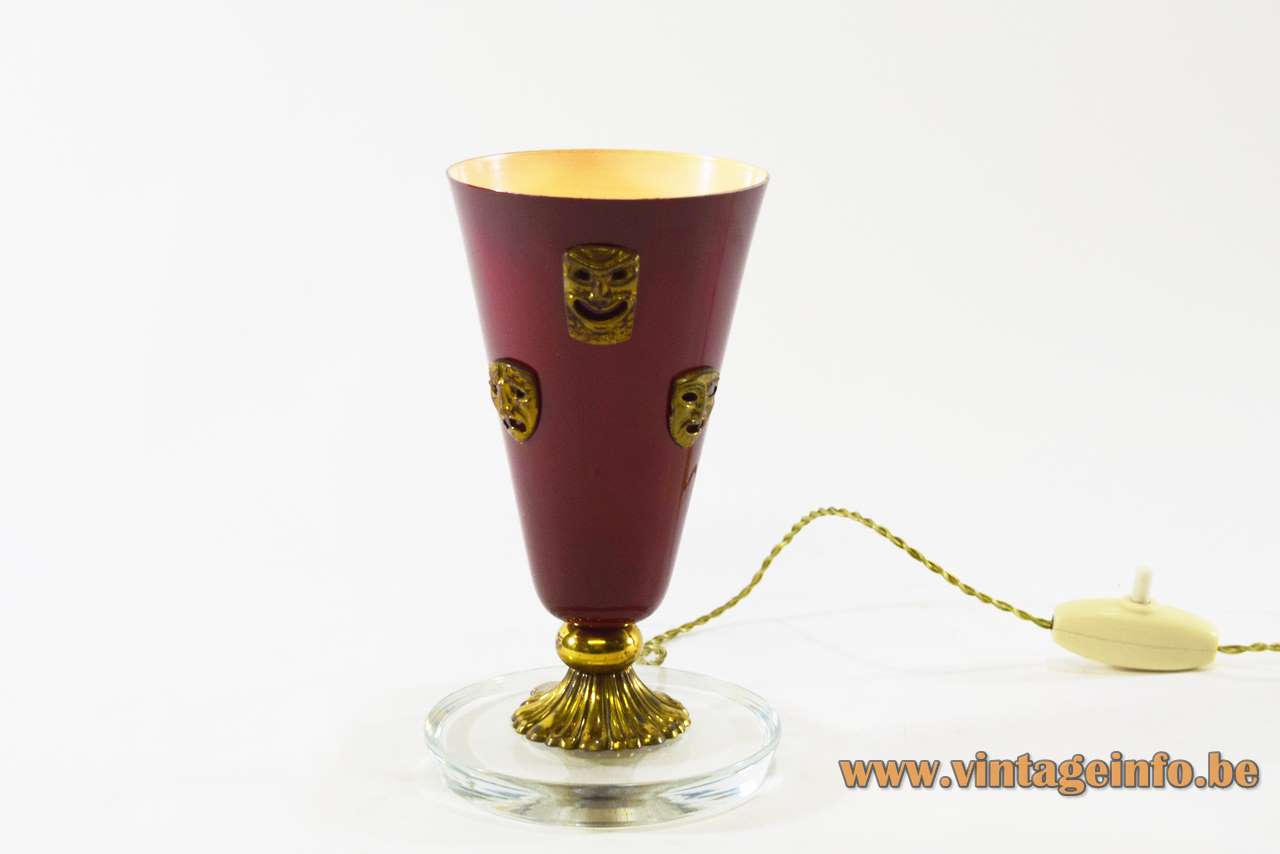 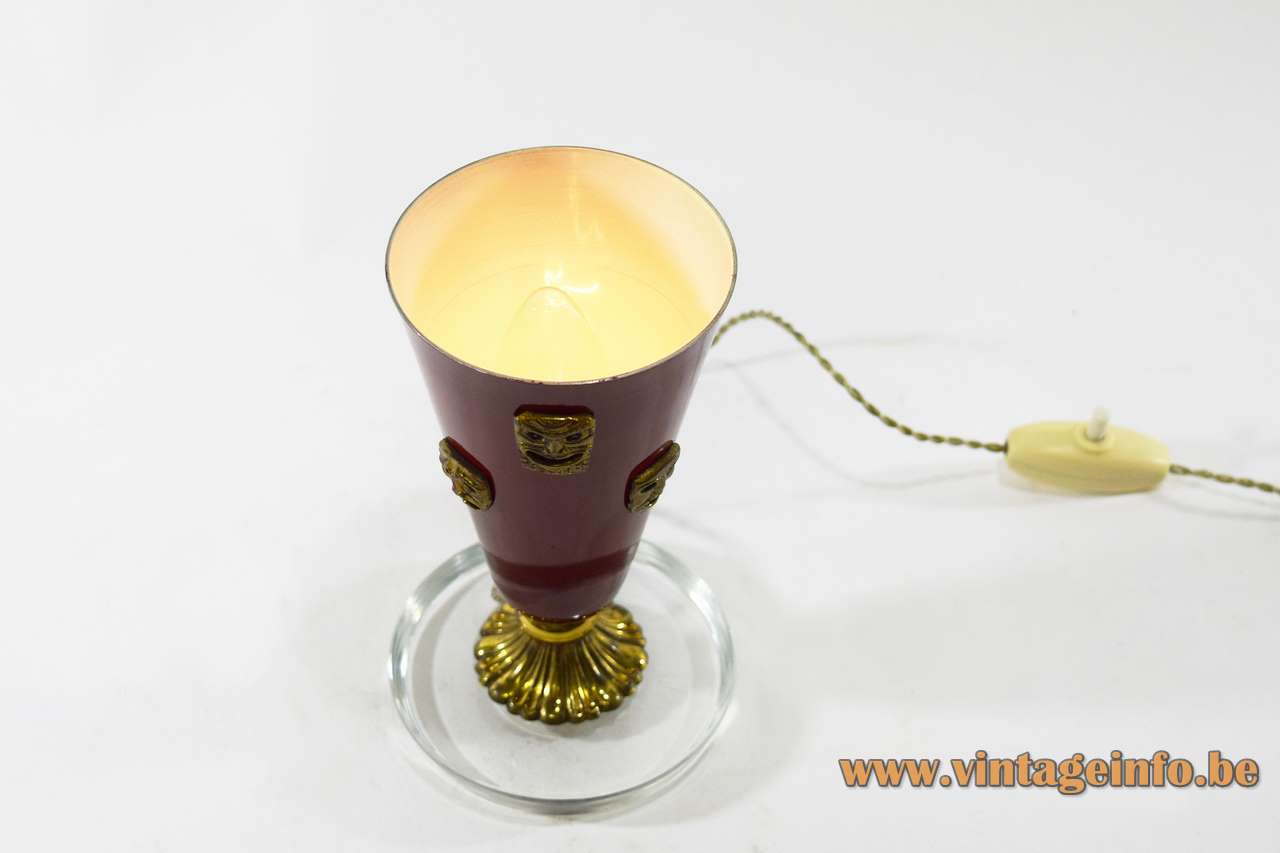 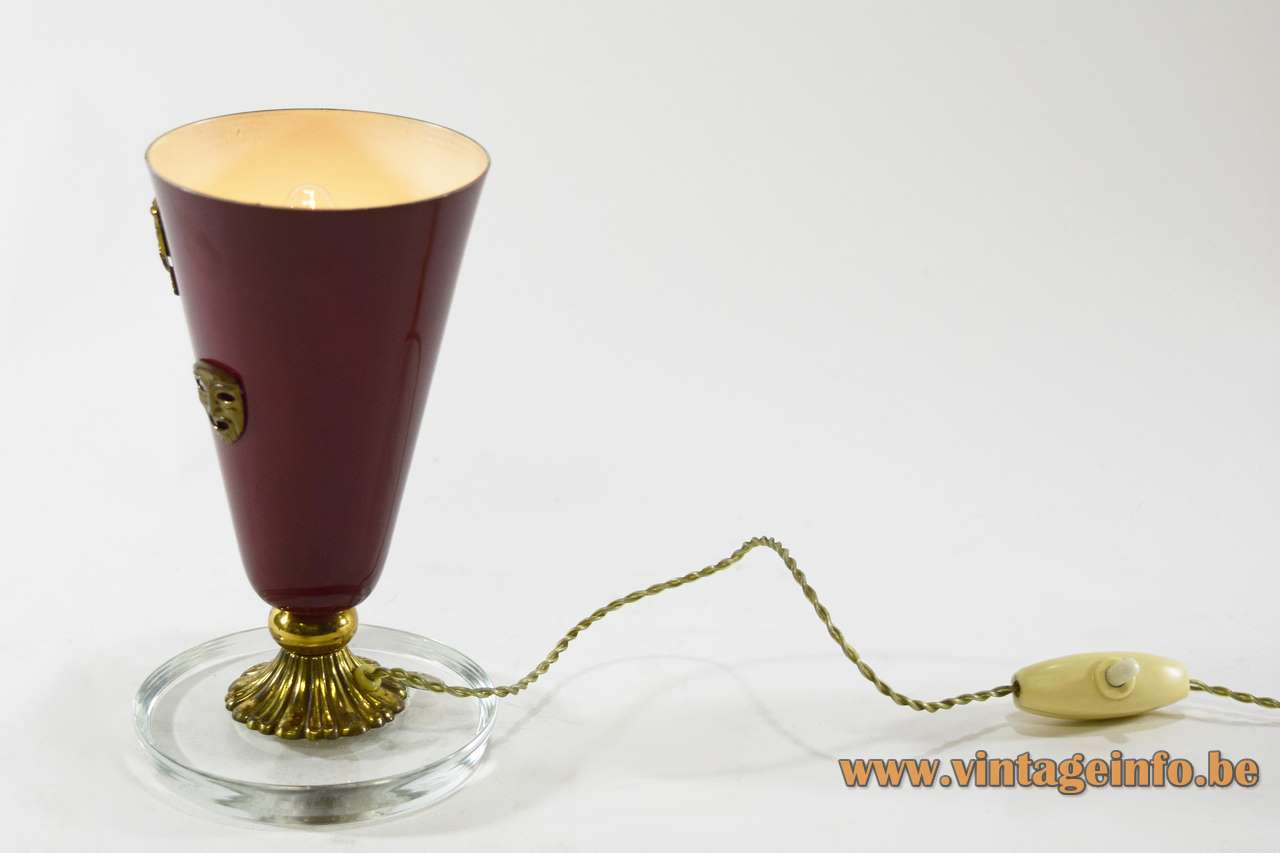 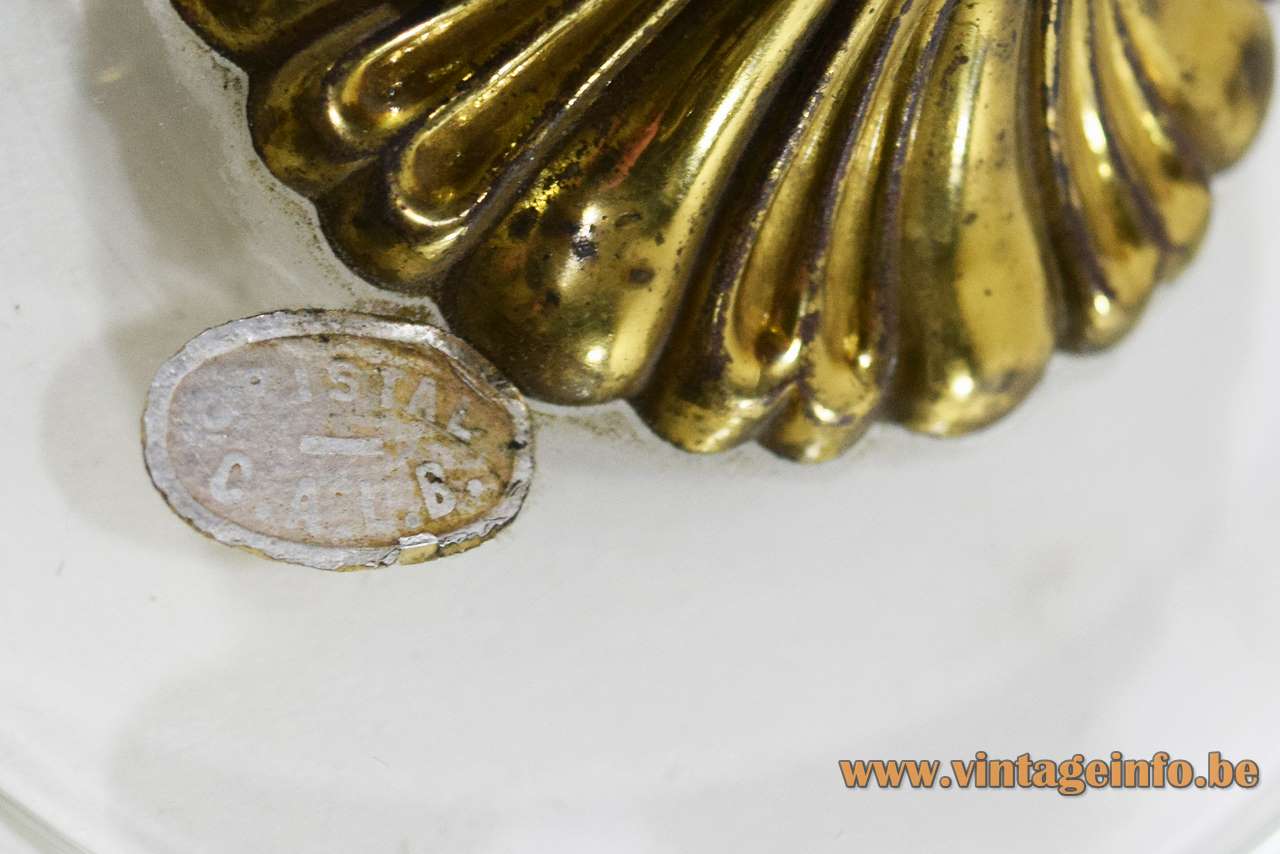 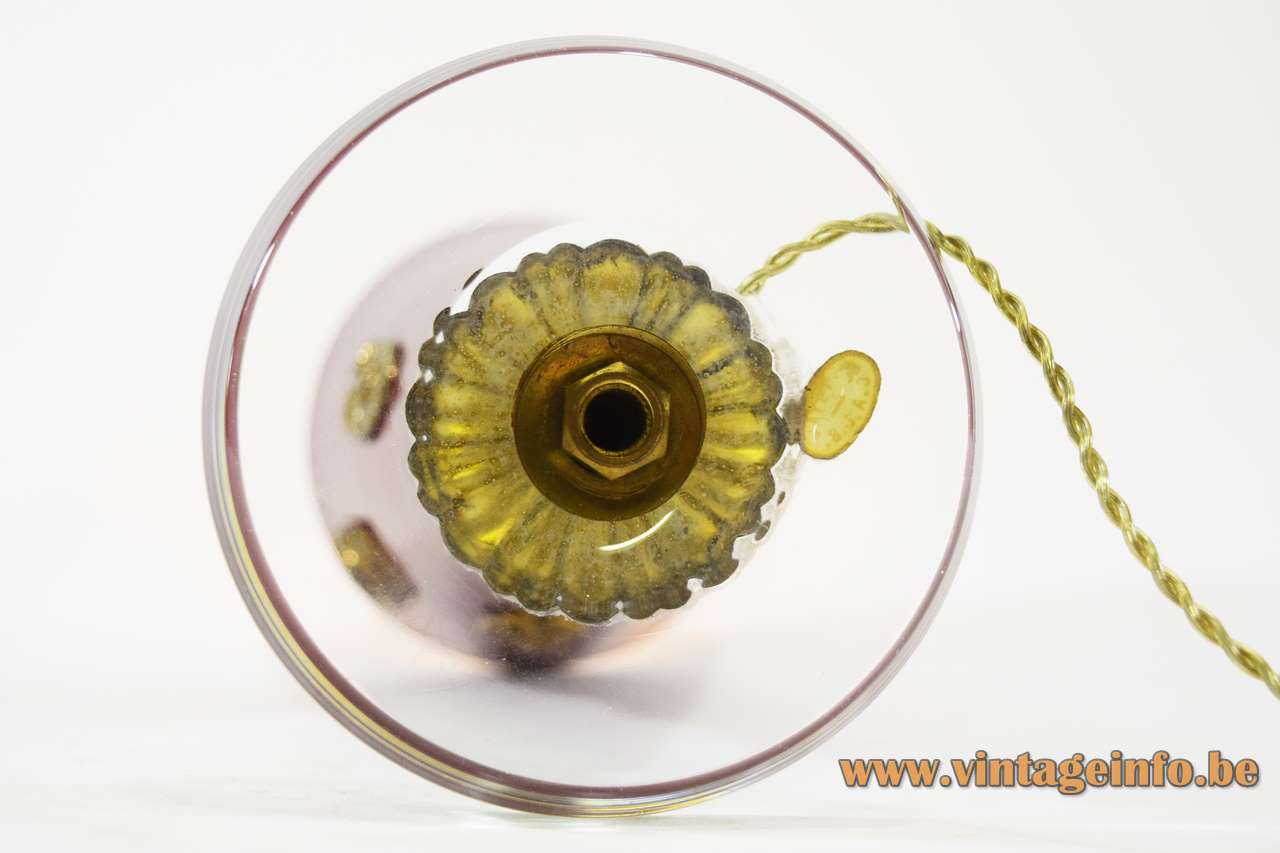 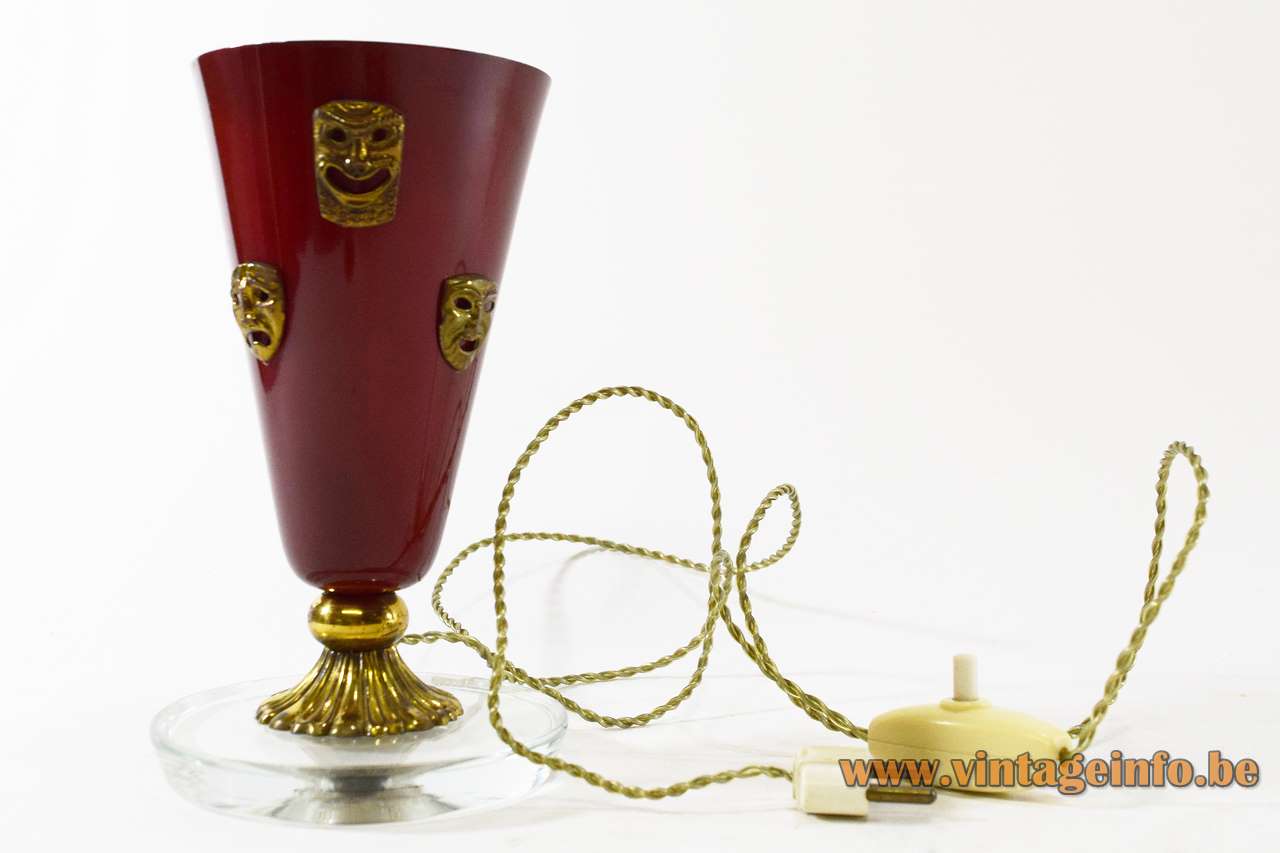 Other versions: This C.A.L.B. table lamp exists in several colours and variations. Lamps with a green turquoise base were also made. Also a large version with a long rod and a round brass base exists. These lamps exists with other brass decorations such as a treble clef.

As you can see below, the socket looks brand new. This lamp was never used. No scratches on the base and the C.A.L.B. label is still present.

The Cristalleria Artistica Lavorazione Brevettata was founded in 1951 in Colle di Val d’Elsa, Italy. The town is located in the province of Siena, Tuscany, in central Italy. It is named the Bohemia of Italy. The town is renowned for the production of crystal art and glassware. In 2017 the town produced 15% of the world production.

The C.A.L.B. company, since 1969 named CALP is the largest manufacturer. It has more than 700 employees and produces 60 million pieces a year (2016). Since 2008 it is named RCR Cristalleria Italiana. They don’t produce lighting anymore. For now, this lamp is the only lamp known that was produced by the company. Occasionally this type of lamp appears.

These table lamps were known as TV lamps because they were made to place on top of a black and white TV to give some contrast light. Some brands had these lamps build-in. The Belgium SBR (Société Belge Radio) was such a company, they made it standard in every television. 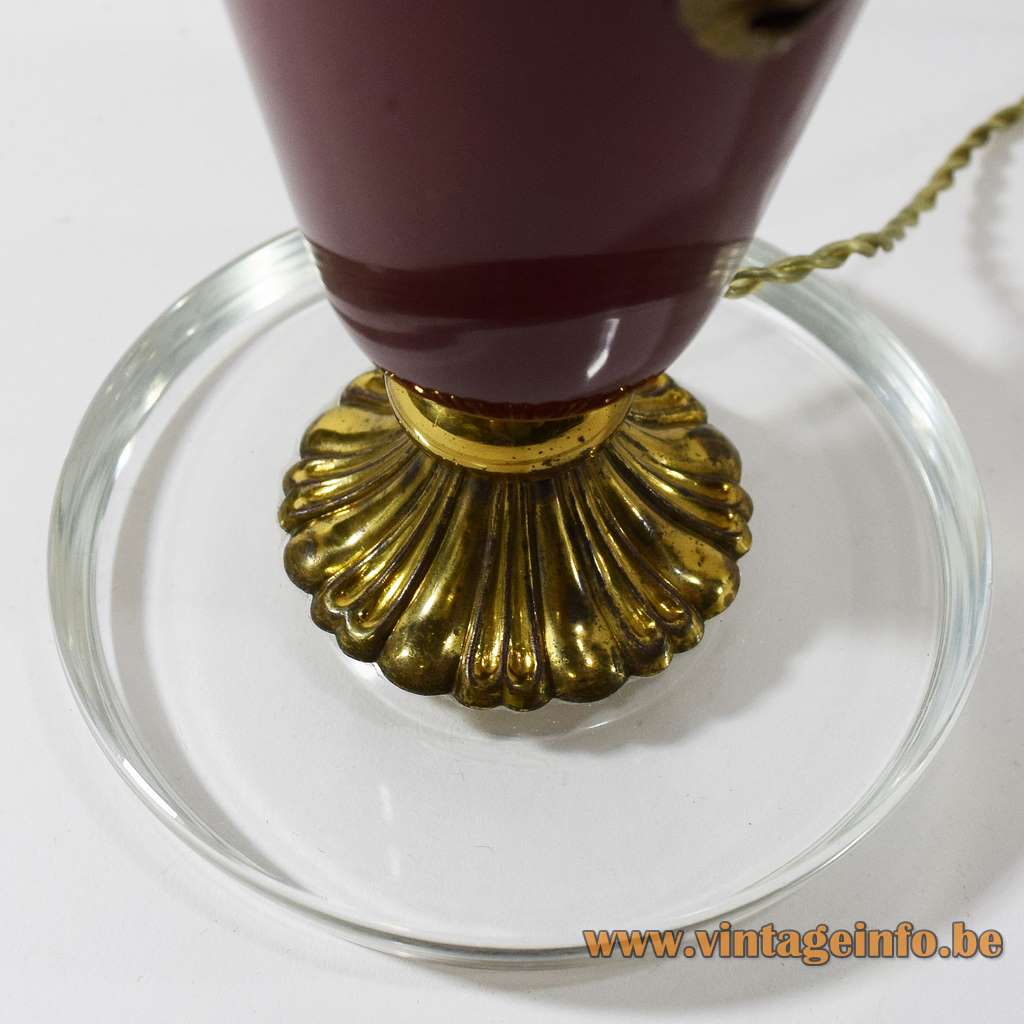 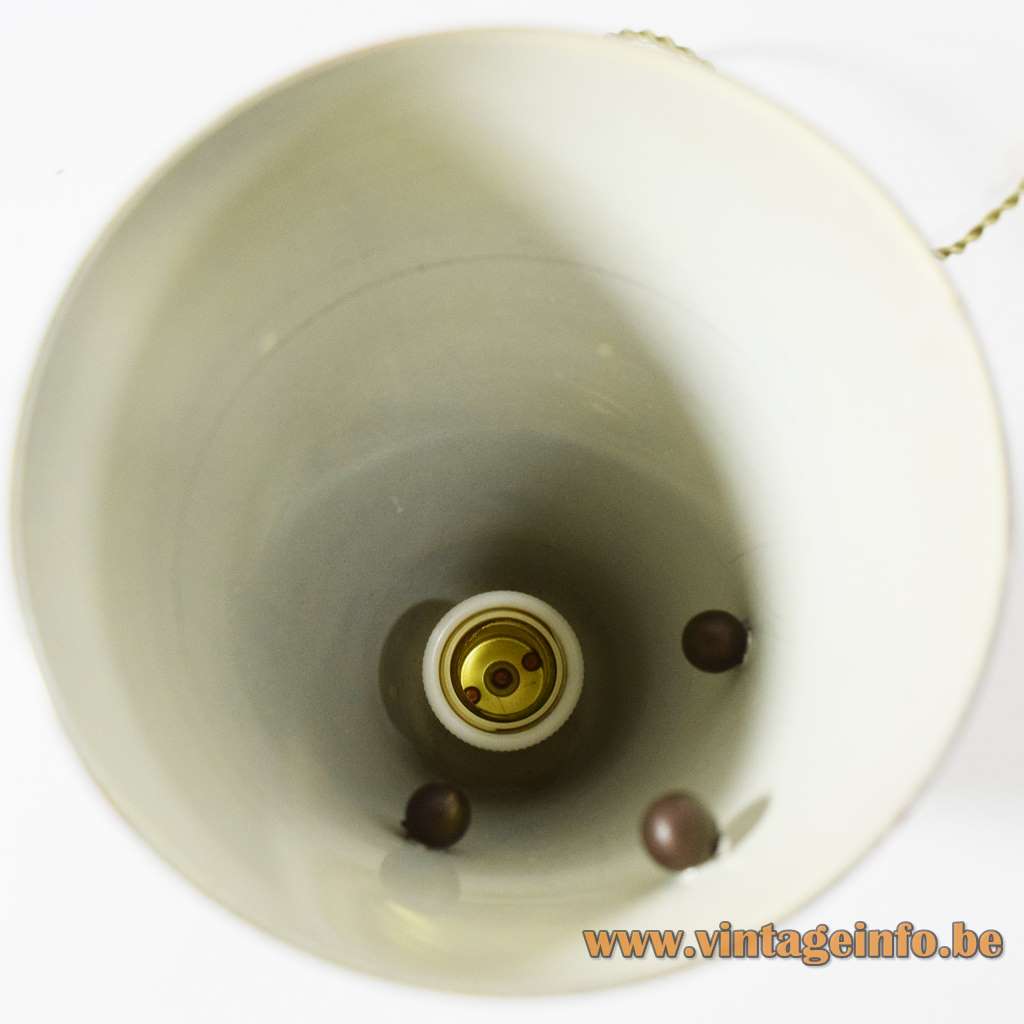 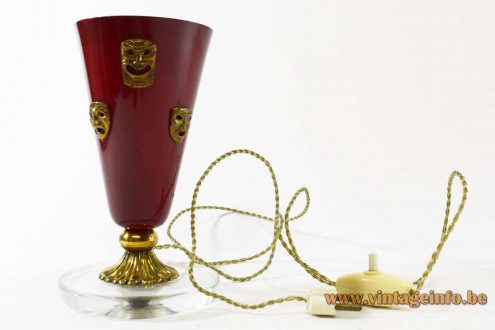