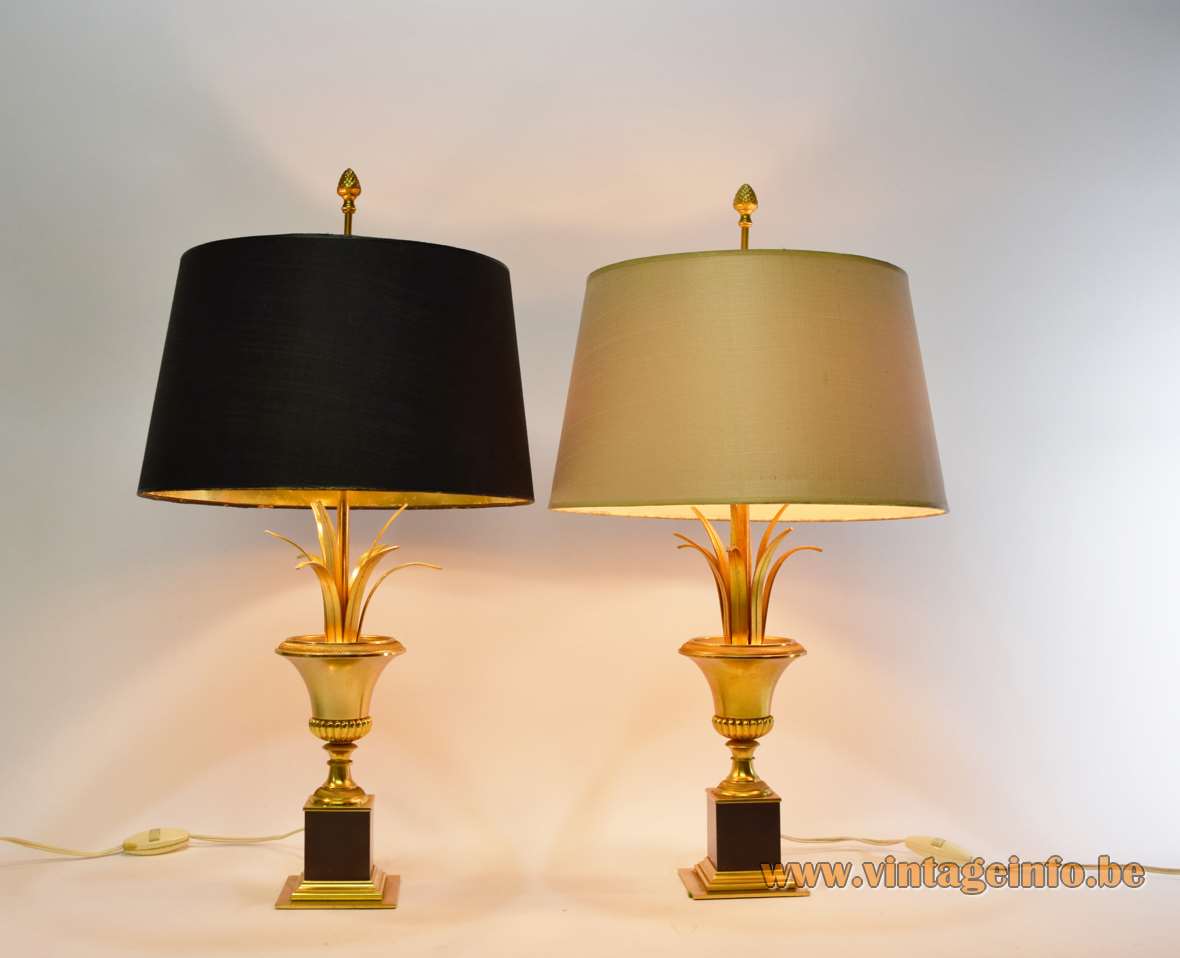 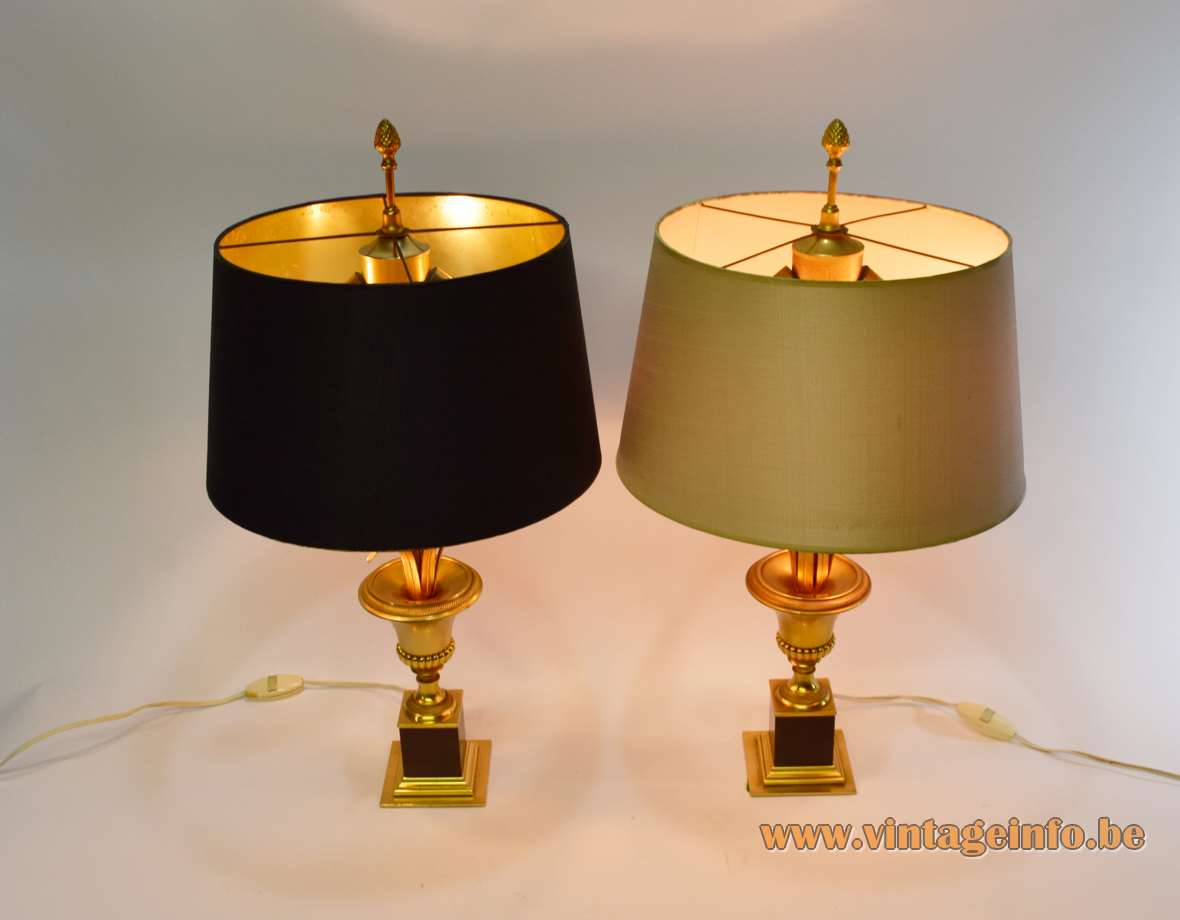 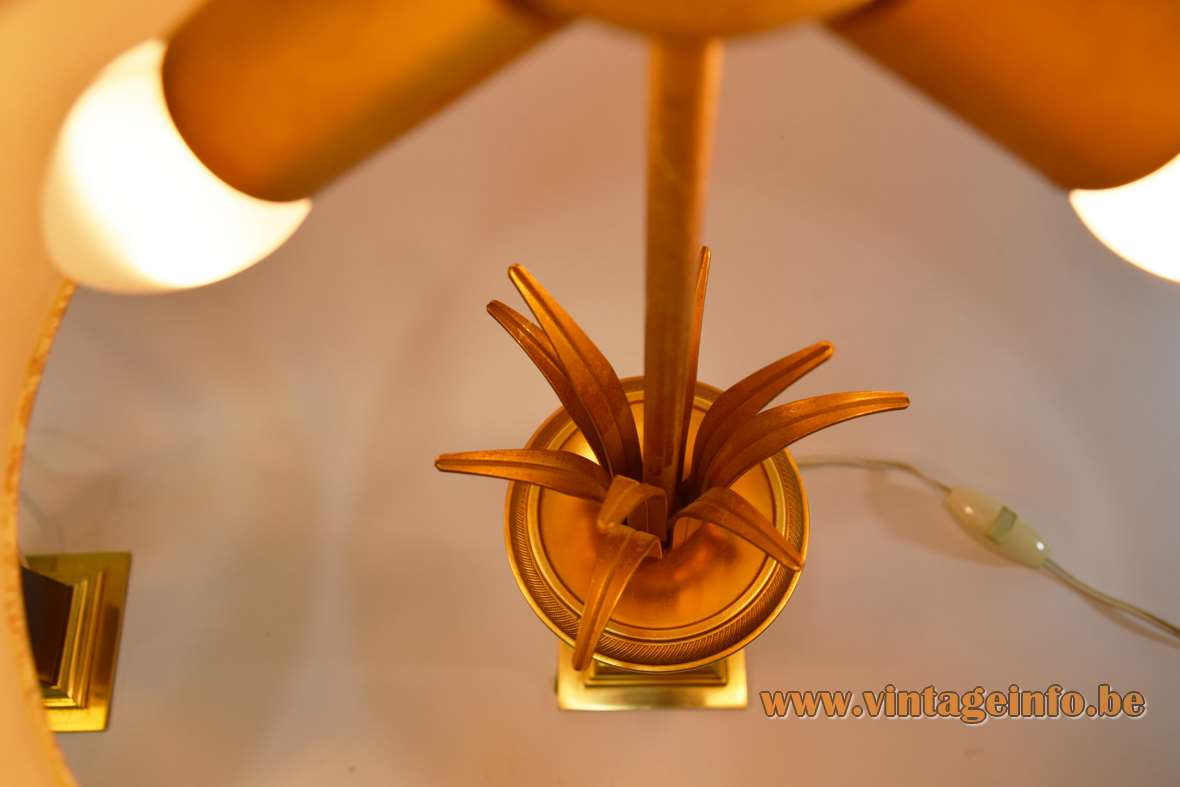 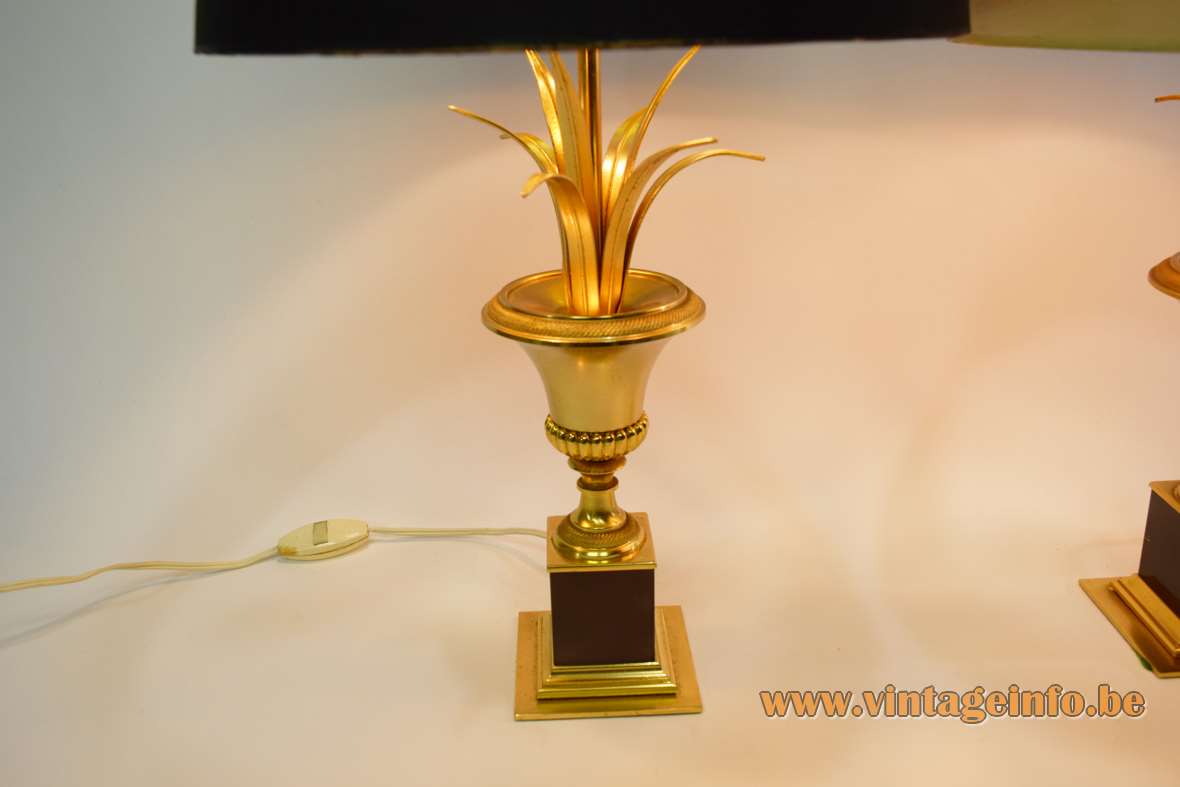 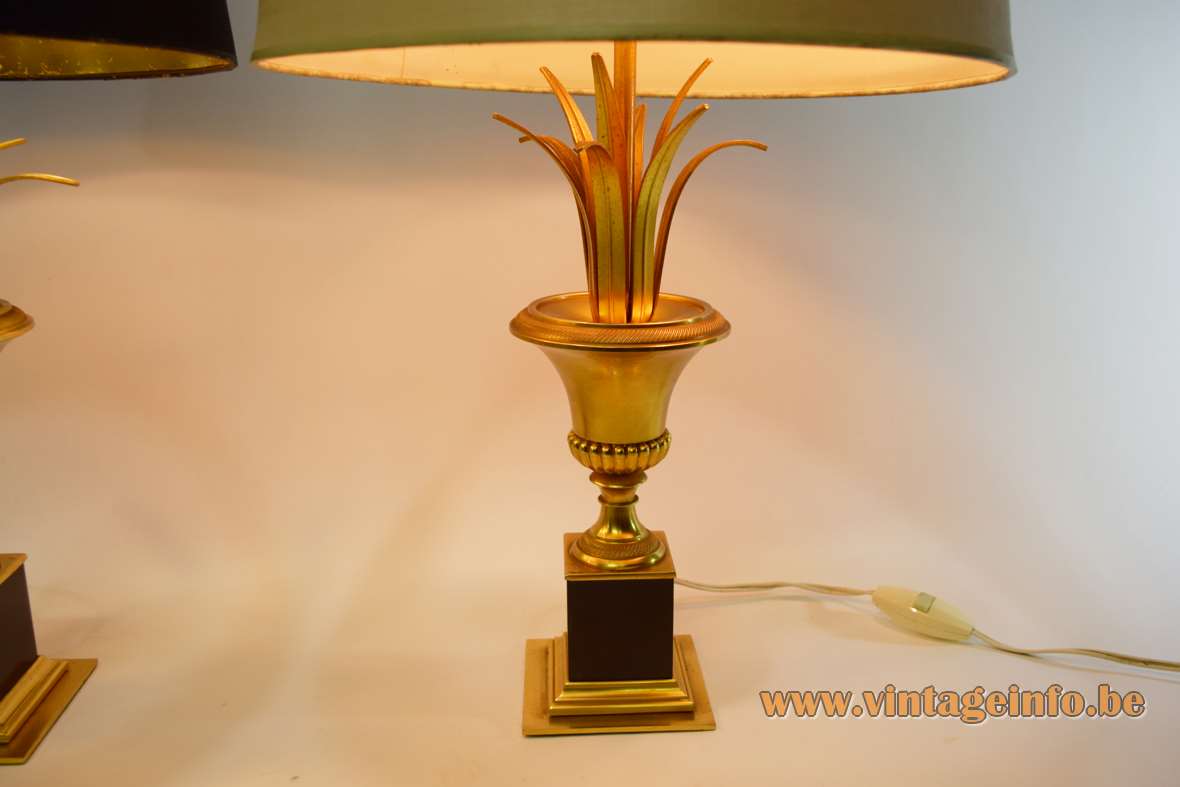 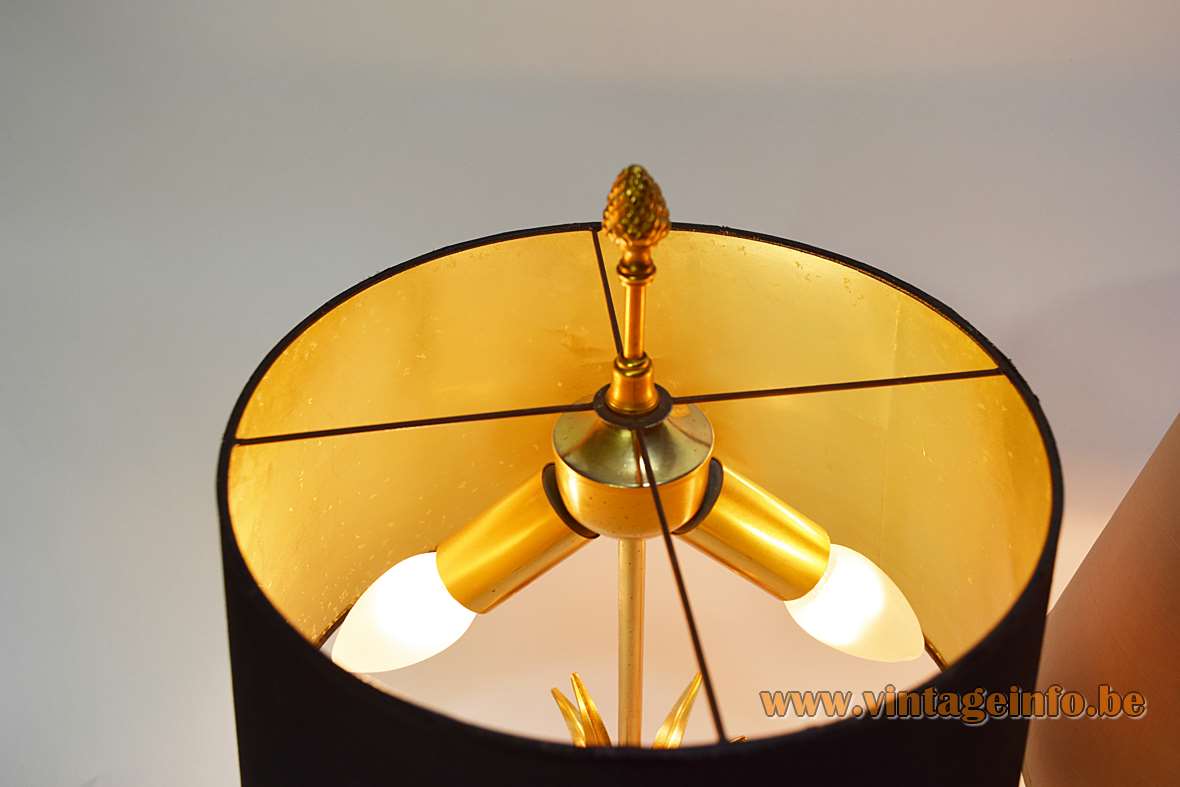 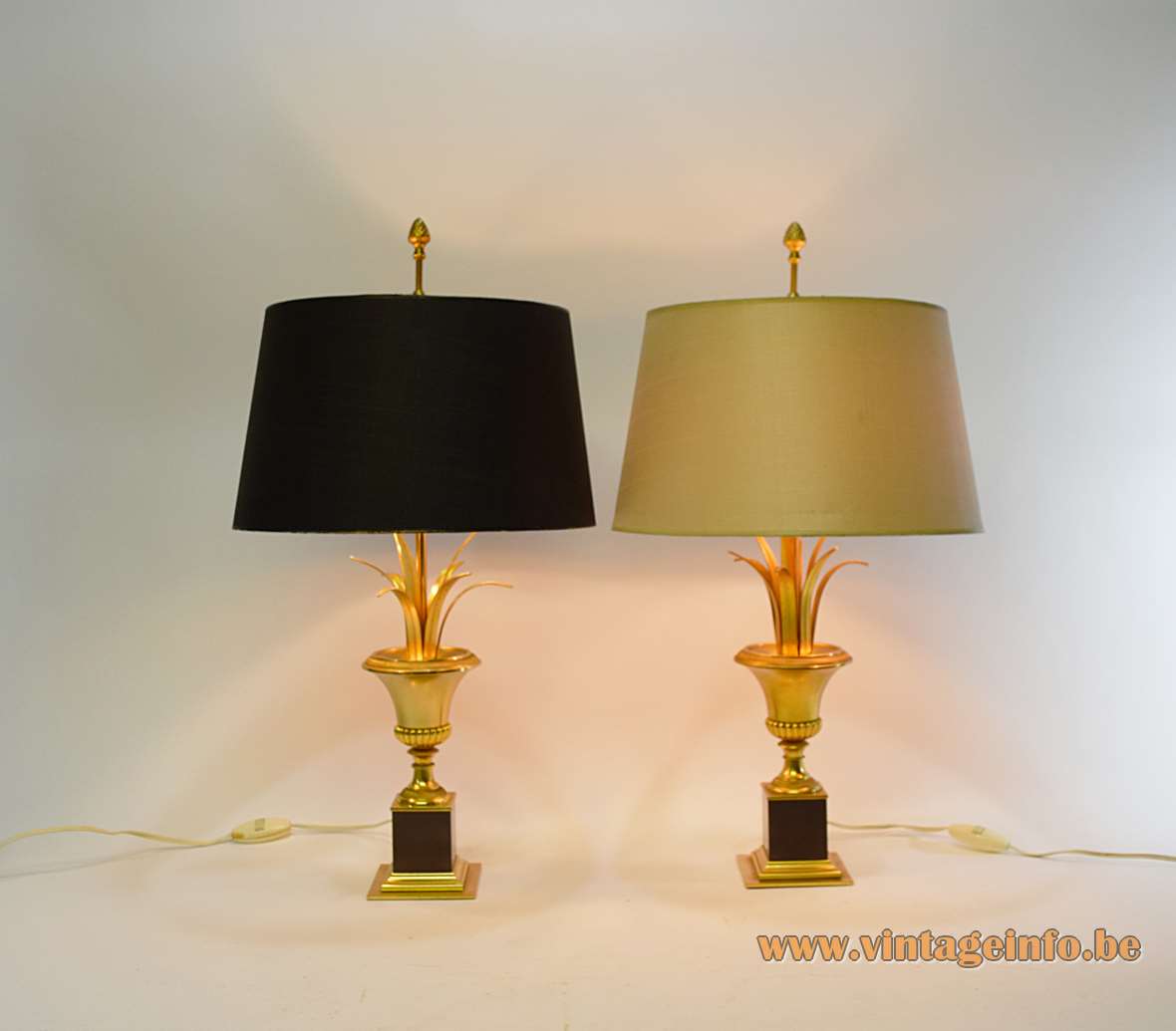 Other Versions: These Boulanger brass reed table lamps exists in 2 sizes, the small editions such as these uses 2 light bulbs. The big lamps have 3 light bulbs. Made in polished brass, black lacquered brass, brass and chrome… Many different lampshades. Also made in several variations: with an ostrich egg, different base and so on. You can find many examples here on Vintageinfo.

A S.A. Boulanger brass reed table lamp was used as a prop in the 2016 French-Belgian television thriller series Zone Blanche (White zone but named Black spot). Starring Suliane Brahim, Hubert Delattre and Laurent Capelluto. Many other lamps were used as a prop. You can find several of them over here. 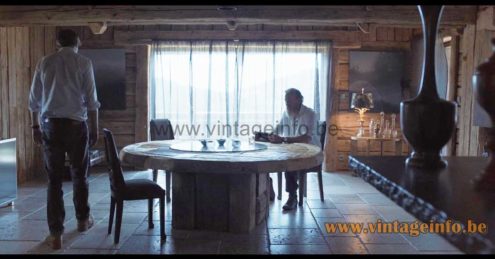 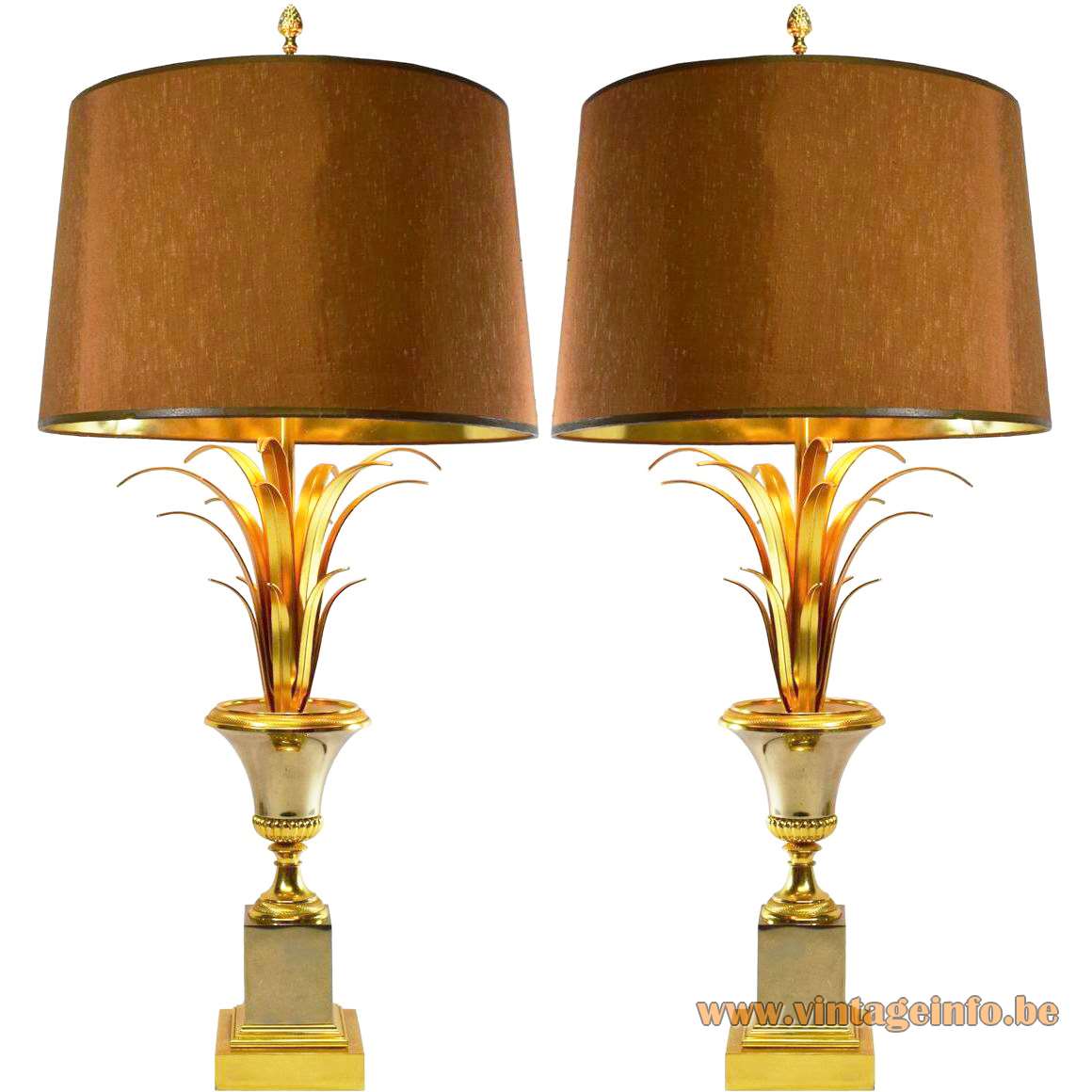 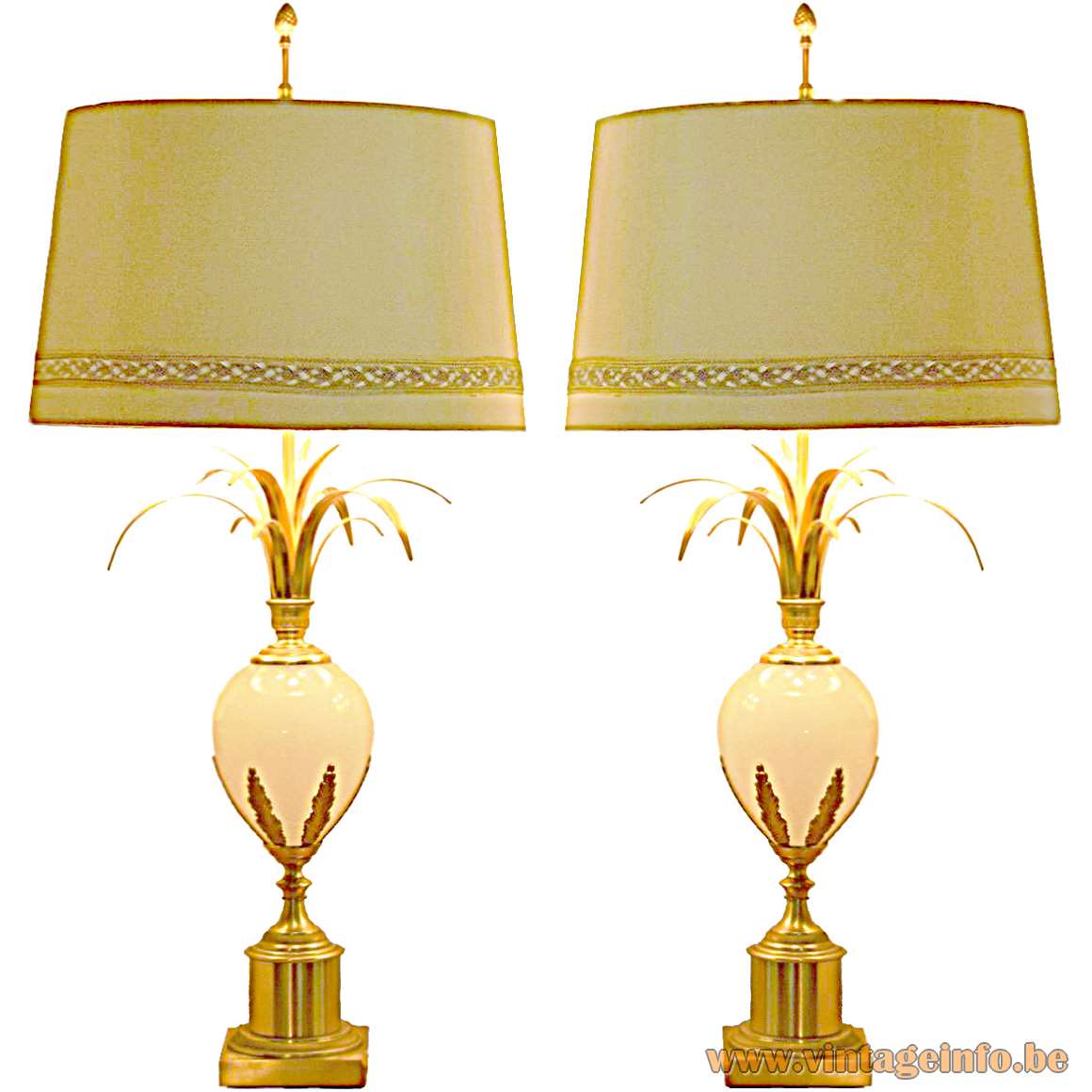