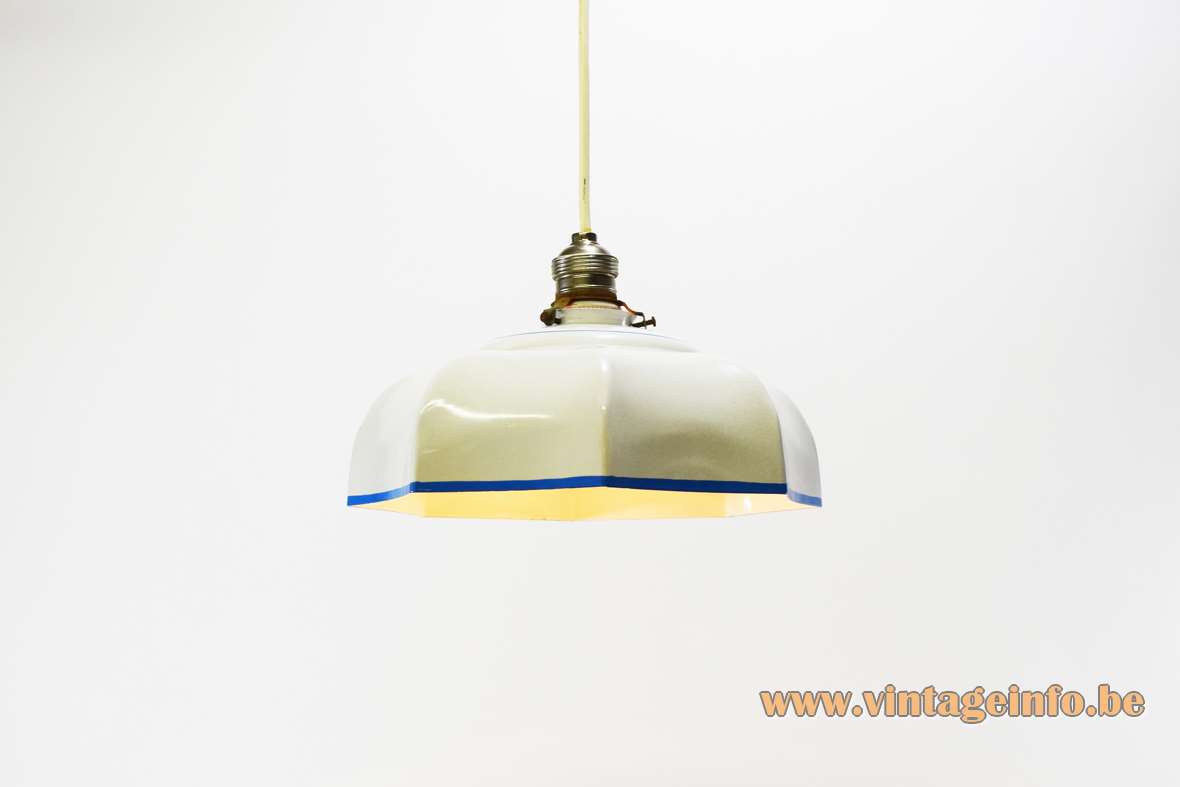 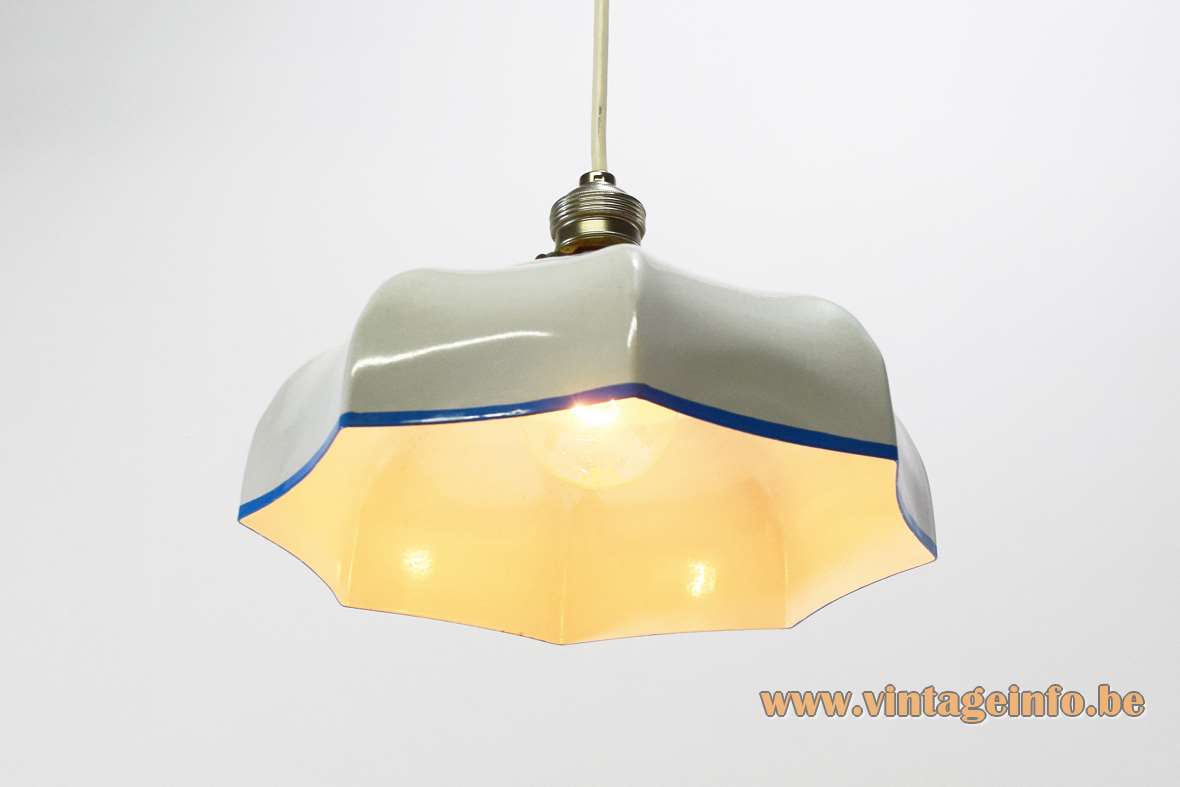 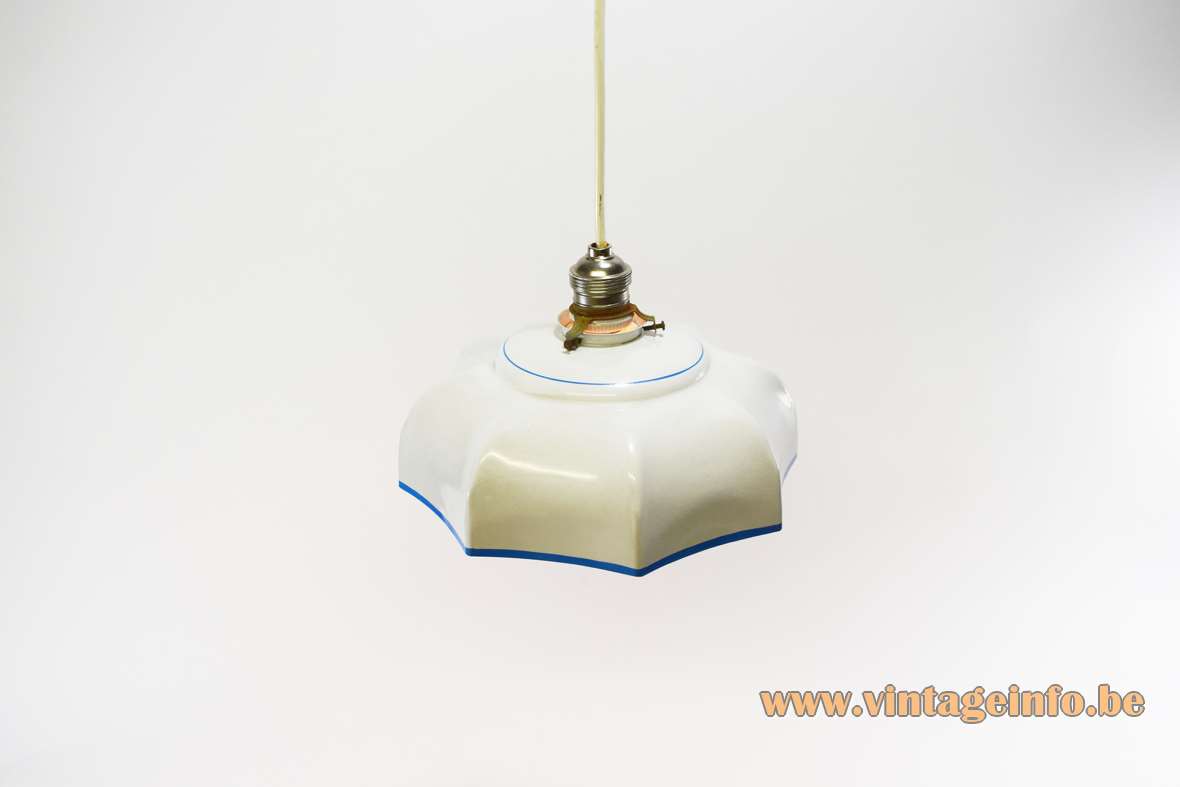 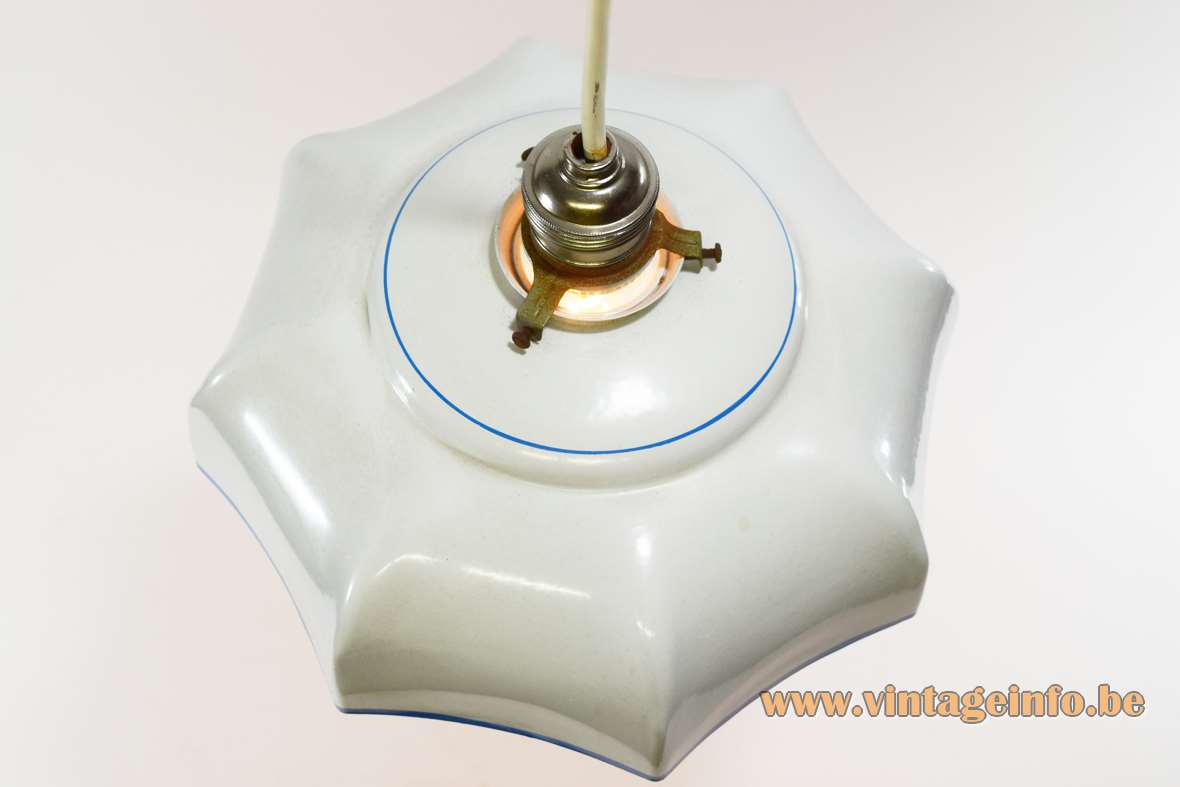 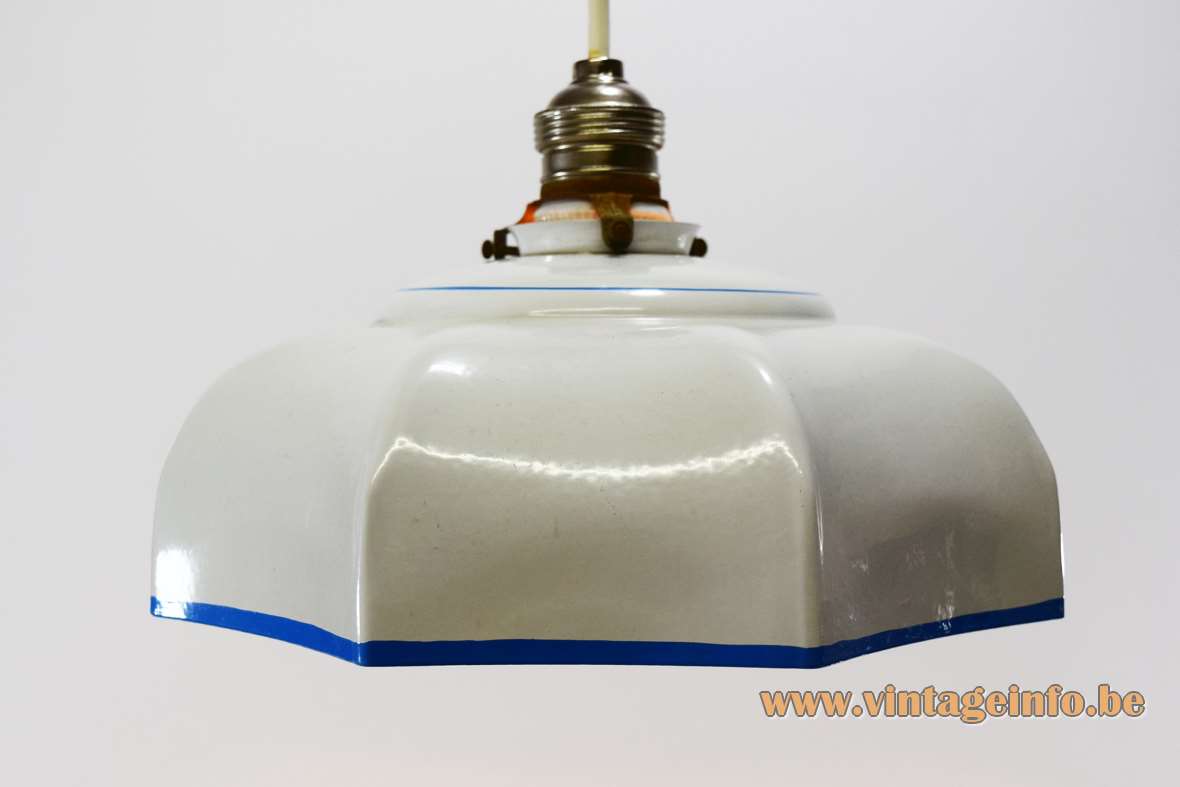 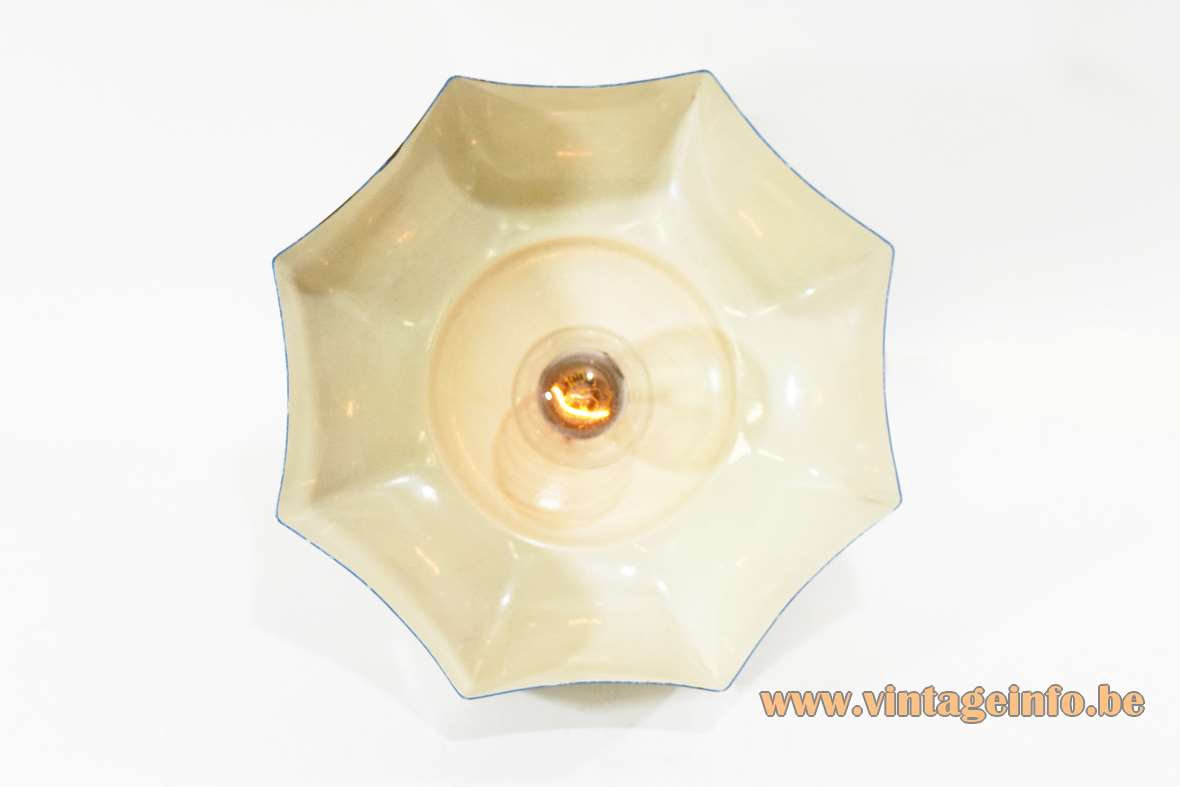 This art deco style enamelled pendant lamp is a classic and probably typical Belgian. Made in the form of a hanging towel or handkerchief with the same white and blue decoration. If you find one for sale, it is almost always in Belgium. Made for many years and used in the scullery, laundry room and even outside under a canopy. Later versions were no longer enamelled but dyed. These pendant lamps exists also in glass with several decorations, including flowers and others.