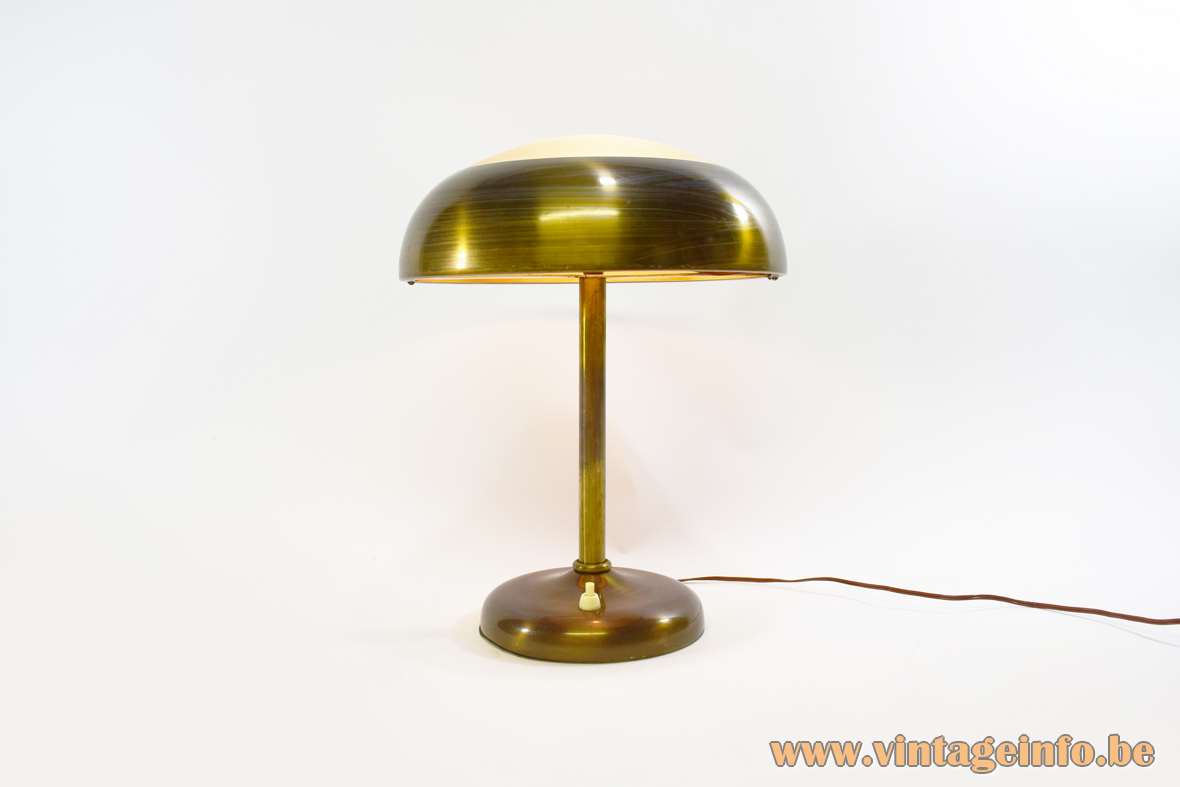 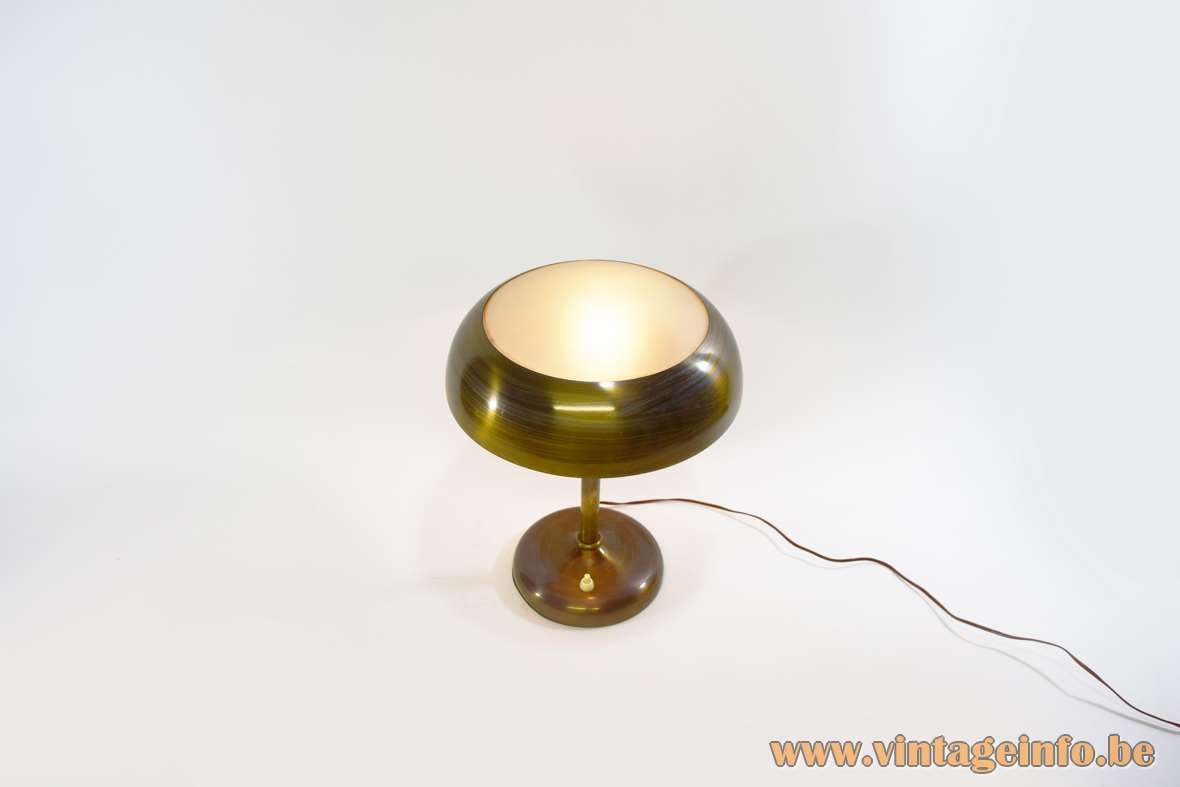 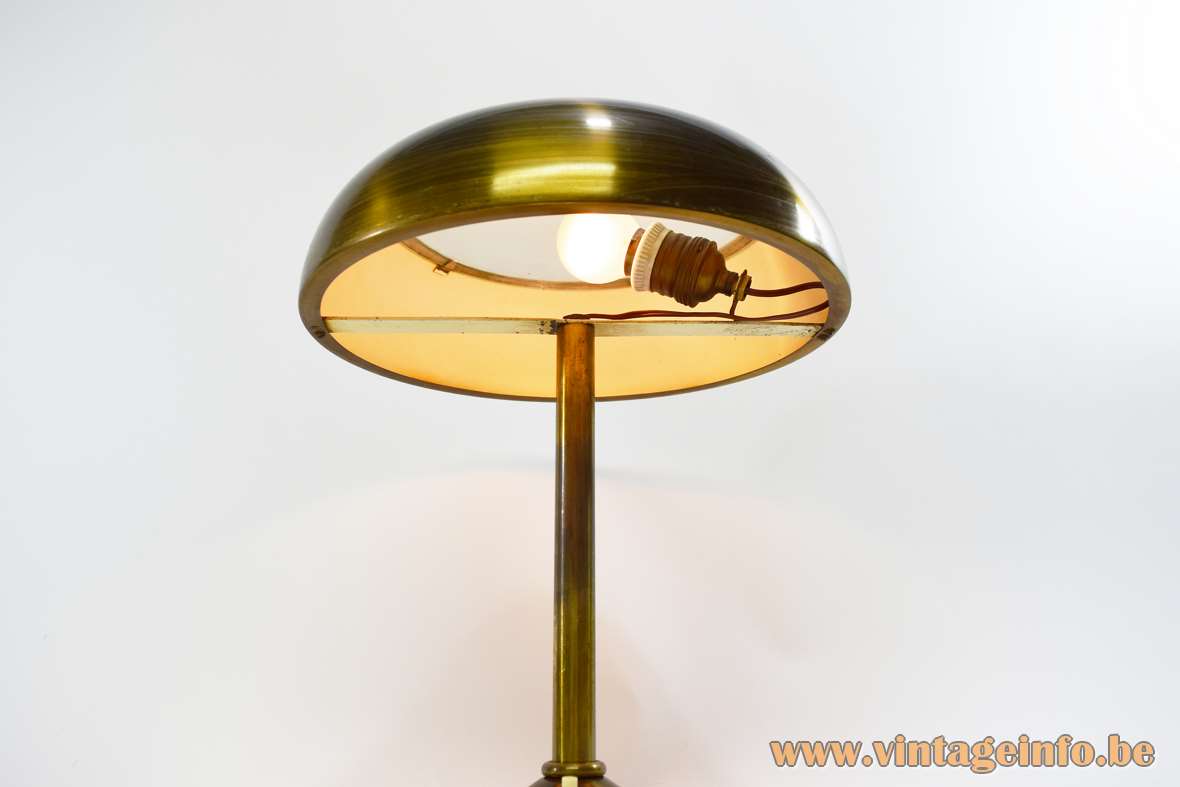 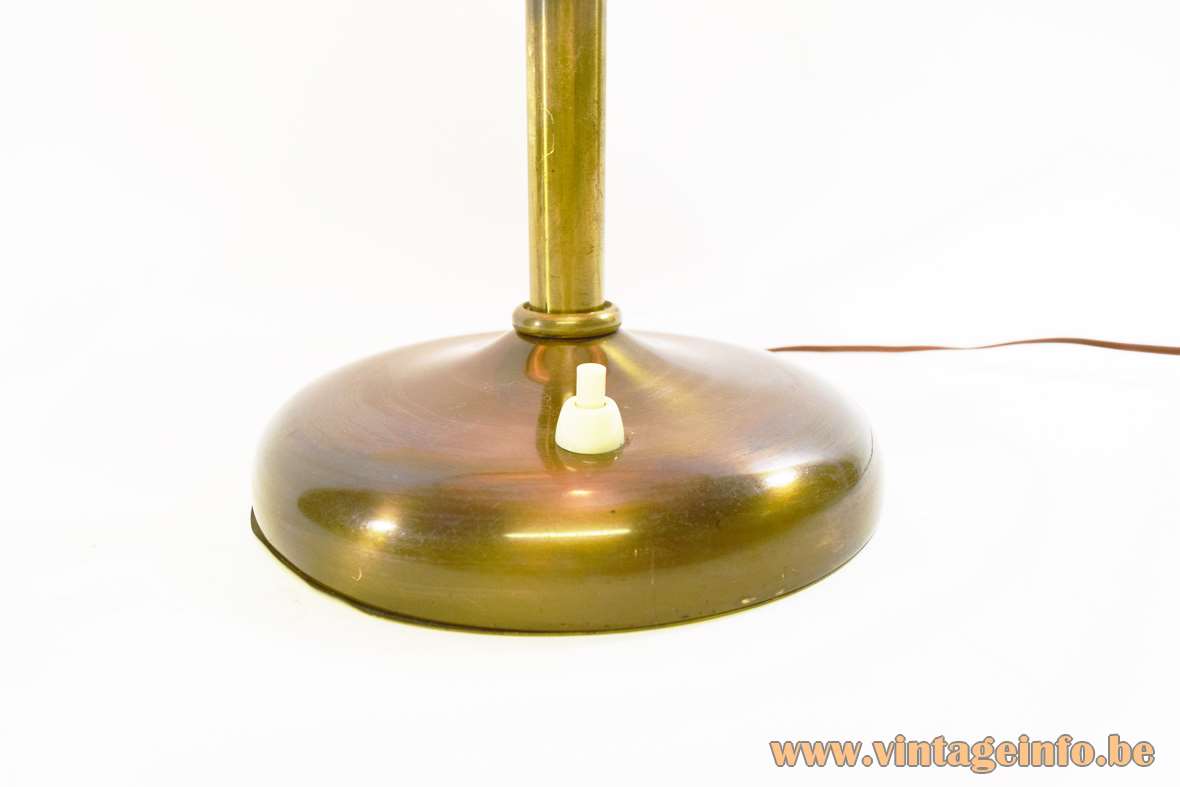 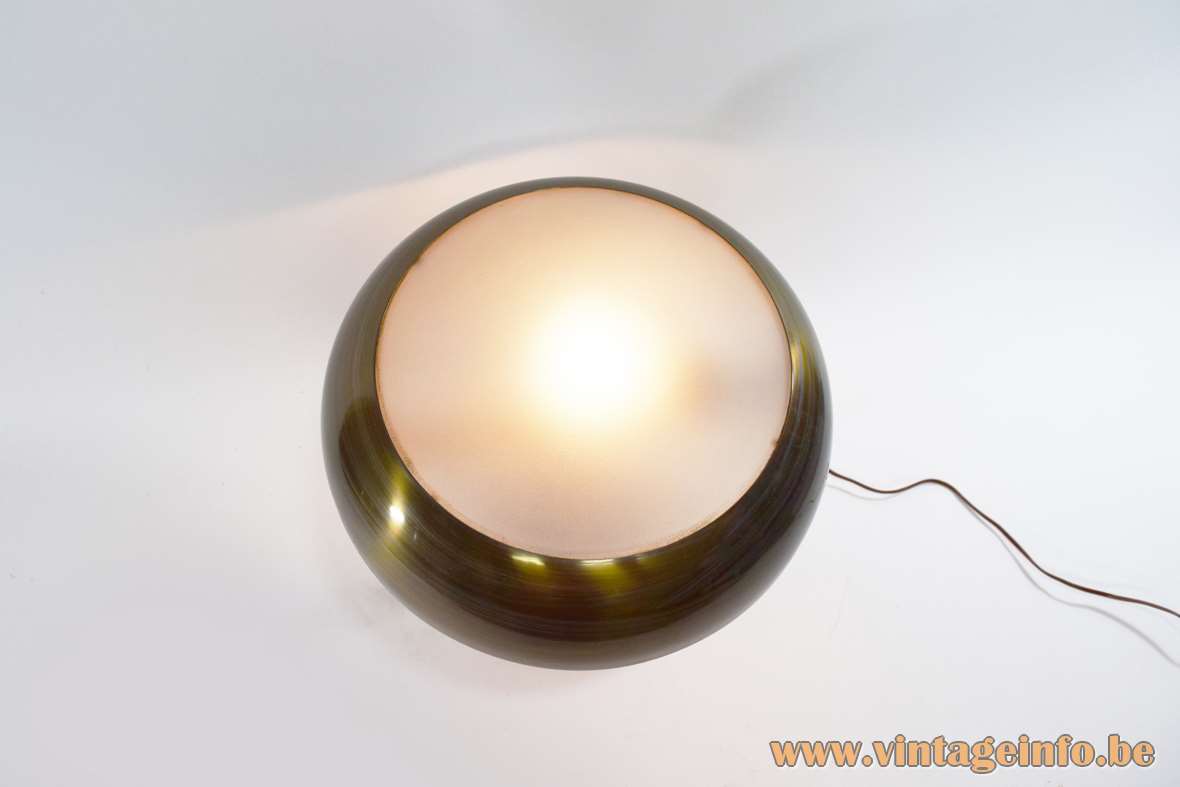 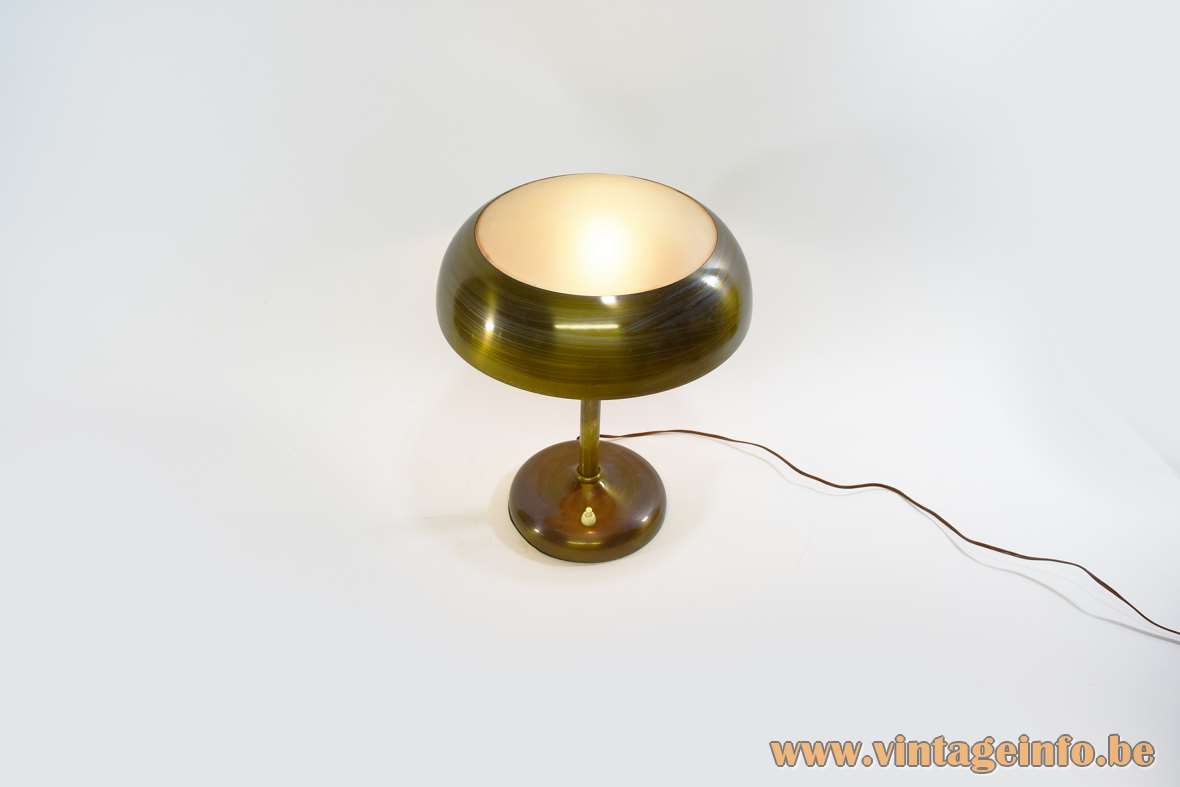 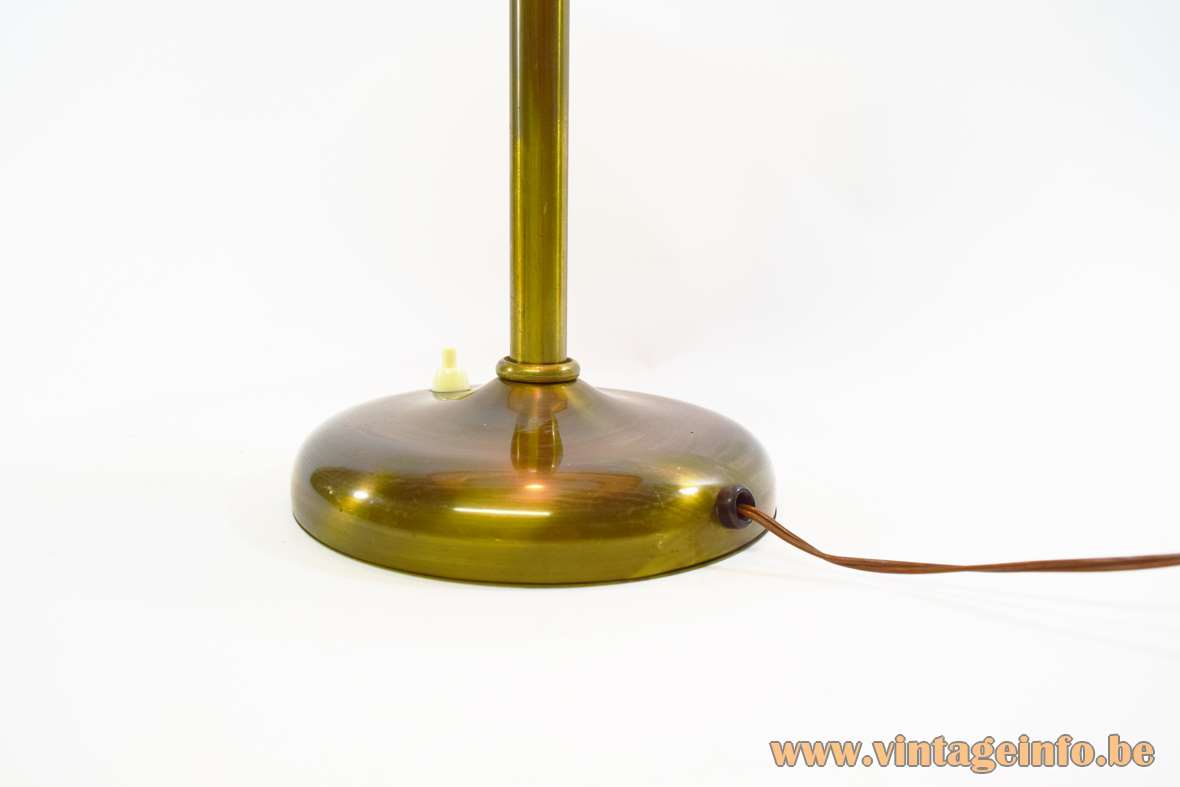 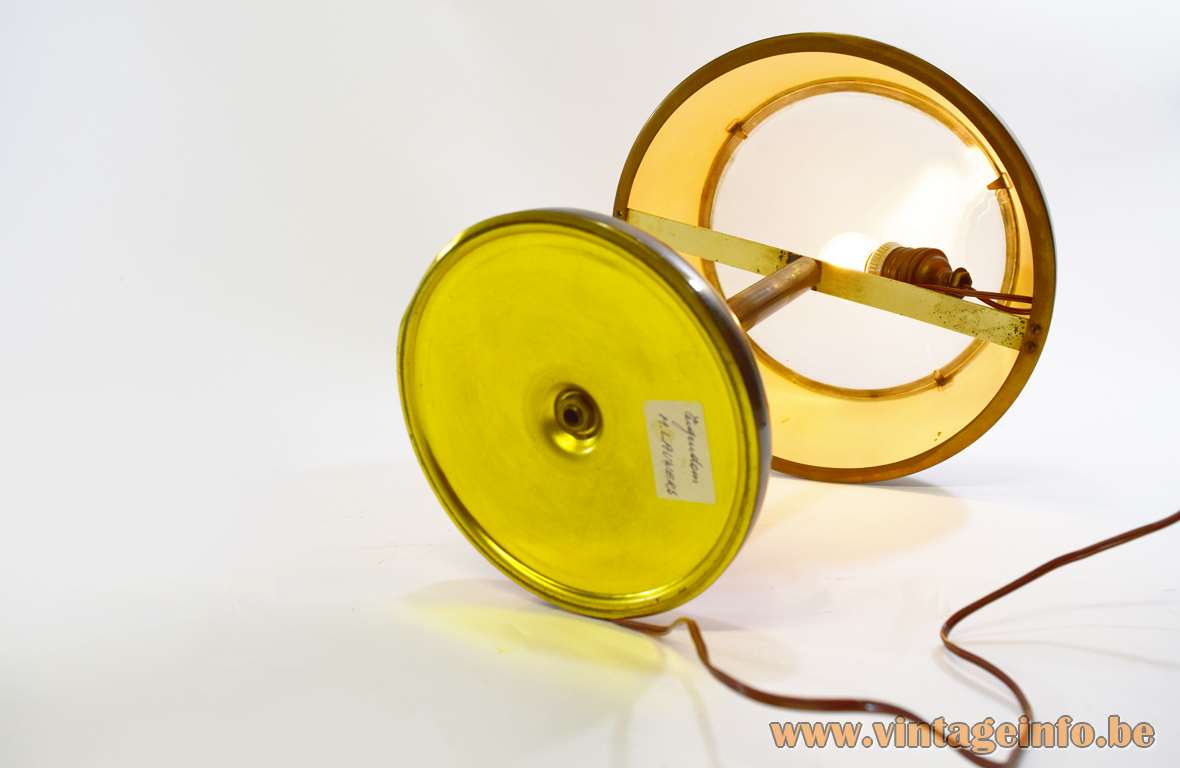 Manufacturer: To be appraised. No brand marks or whatsoever are present. Except for the switch, it has the initials WN pressed on it.

This brass Bauhaus table lamp or desk lamp has all the looks of a Bauhaus or Art Deco mushroom lamp from the 1920s – 1930s, but in all probability it was made a bit later.

Josef Hurka started to work for NAPAKO after the World War II. First of all as an electrician then later as a designer of lamps. All though he designed most of his lights for NAPAKO, his most famous lamps were produced by Drupol, another company from the Czech Republic.

On the bottom of this lamp is a hand written label glued. It says in Dutch: “eigendom M. Lauwers”, property M. Lauwers. He or she was the owner of this lamp. In all probability this lamp was used on the desk of M. Lauwers were he/she worked for years. This lamp was acquired in the Dutch speaking part of Belgium, Flanders. Lauwers is a Flemish name. 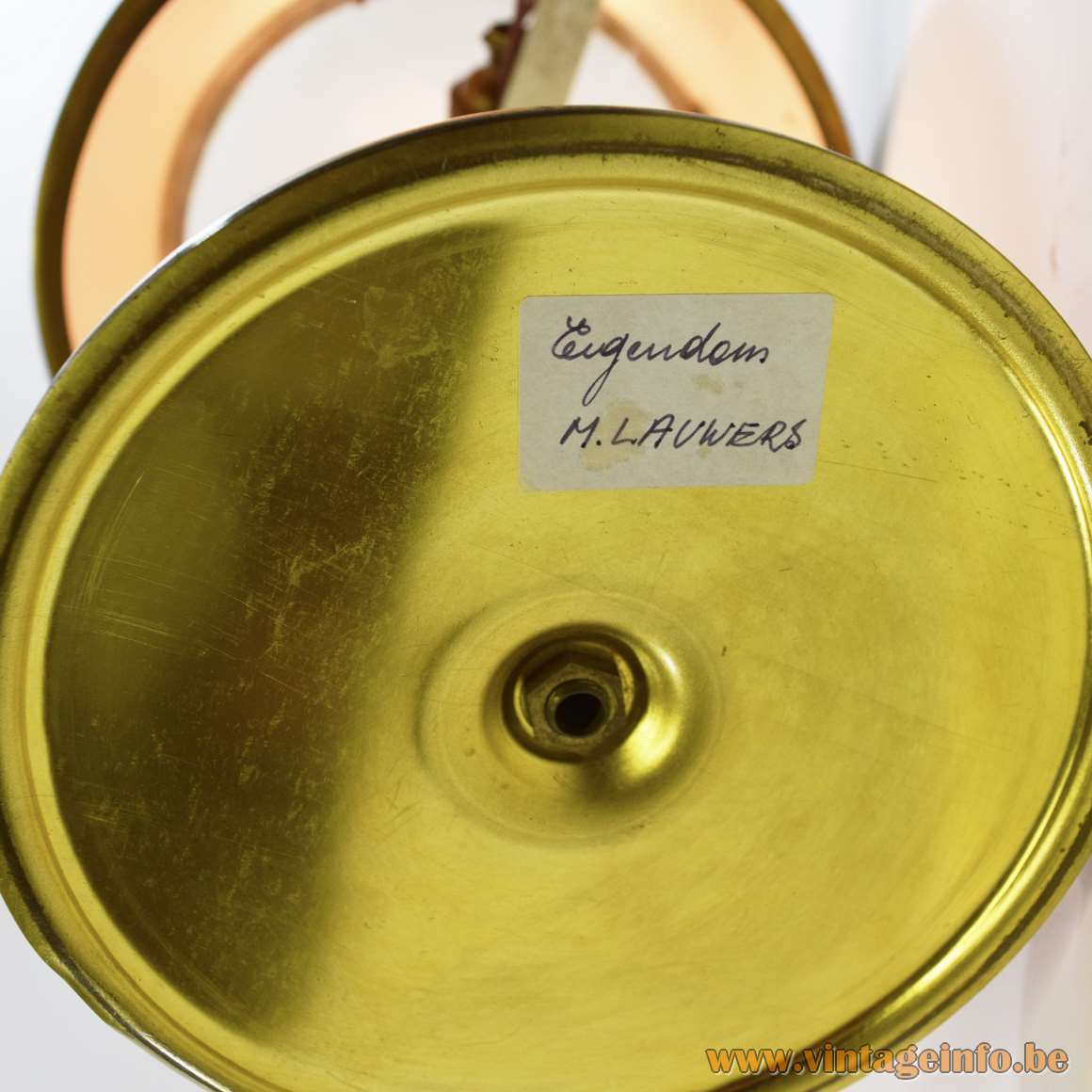 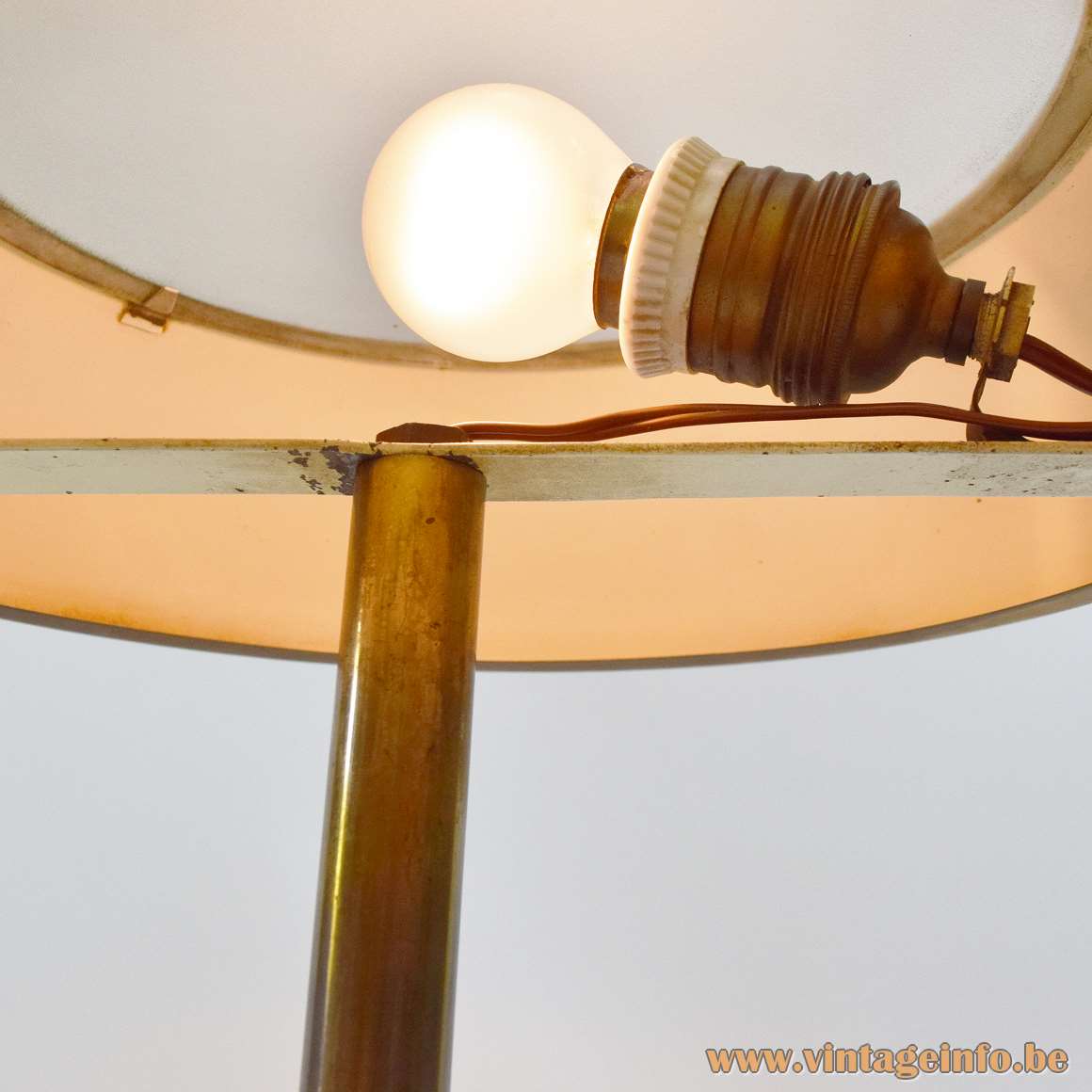