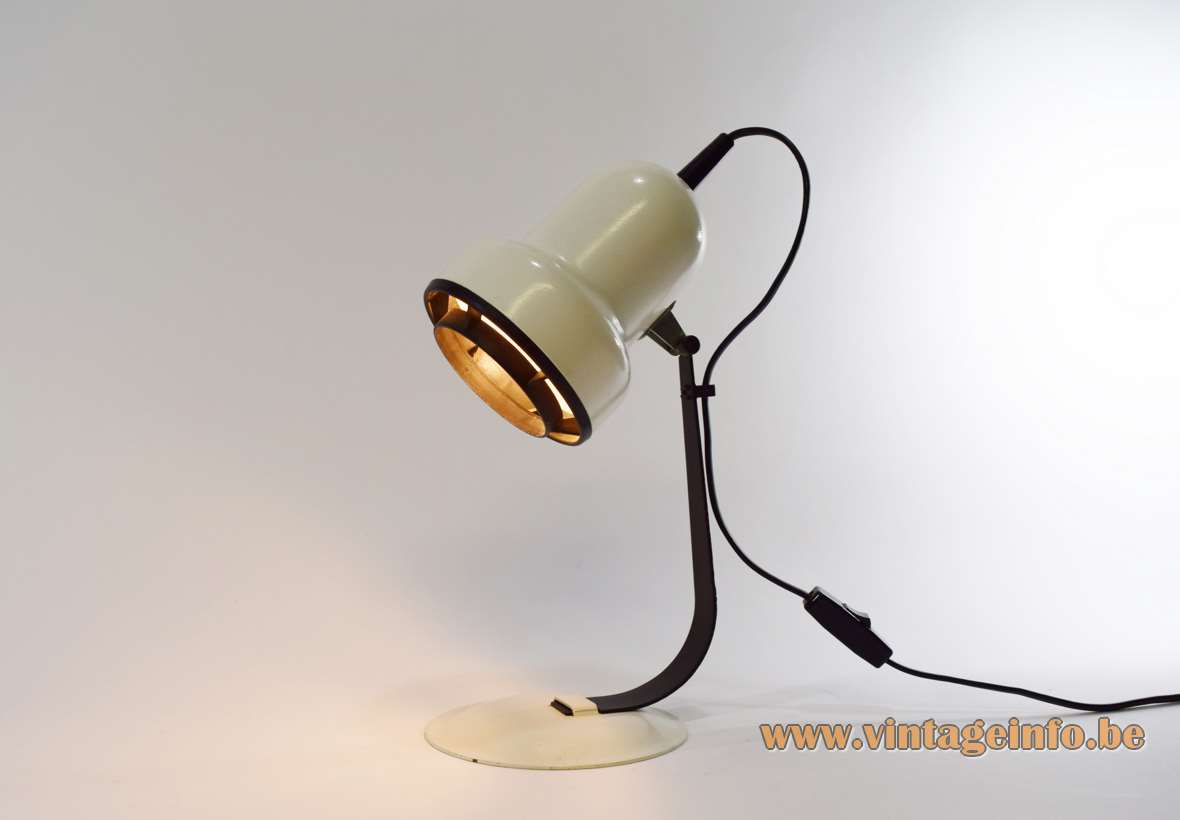 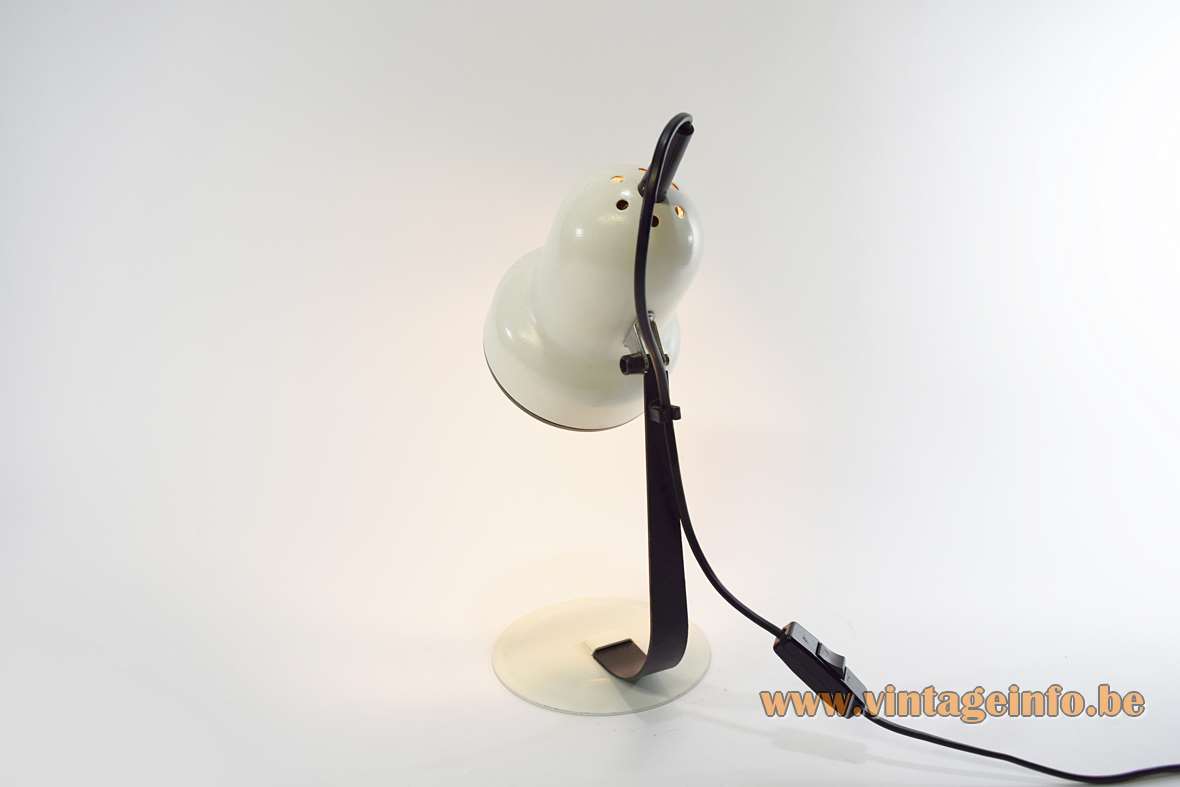 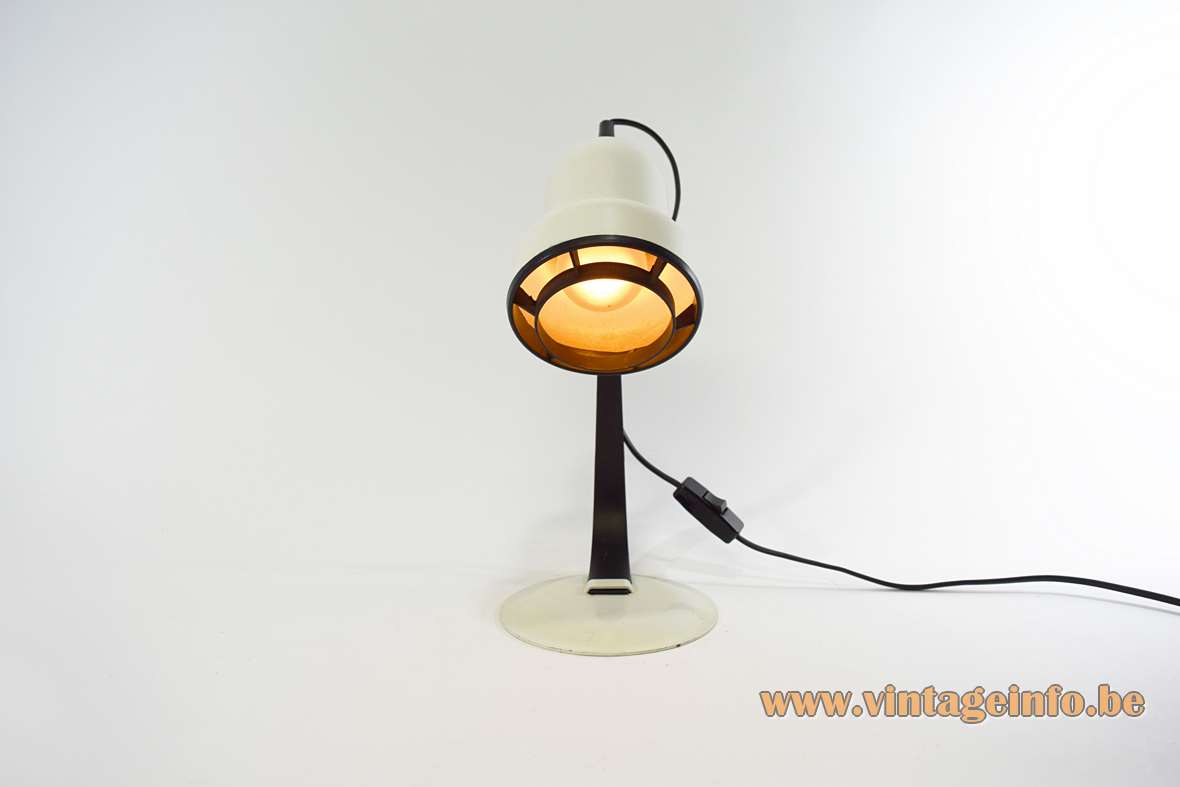 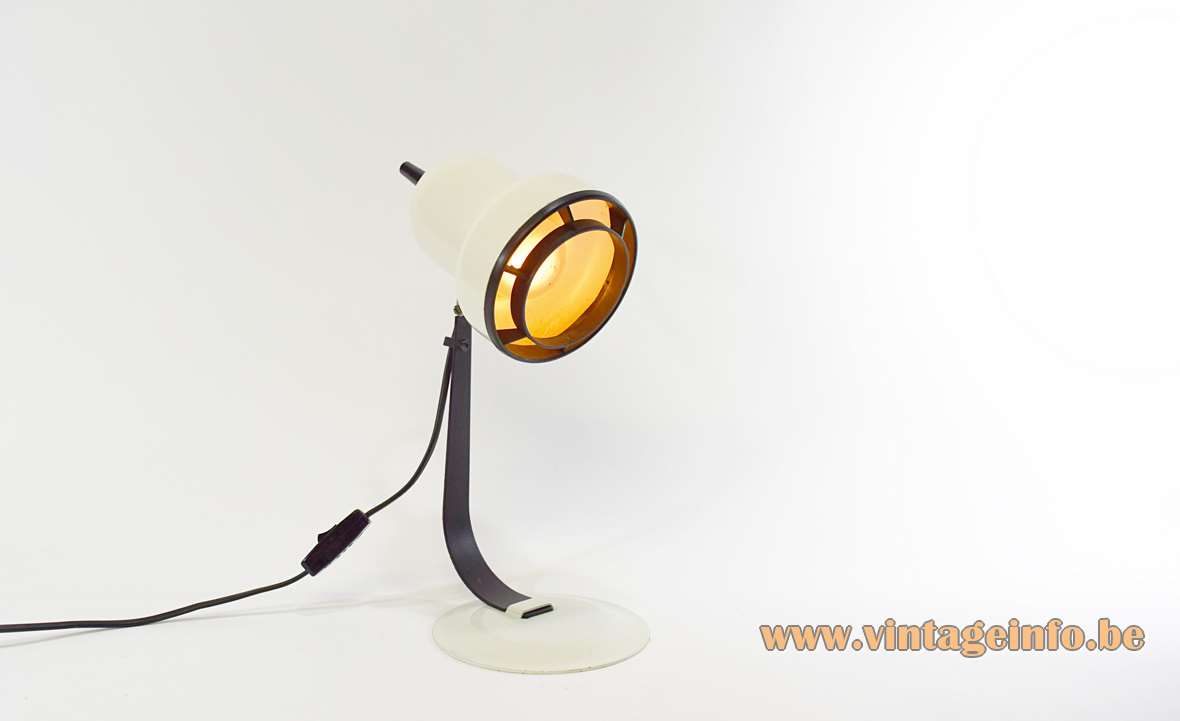 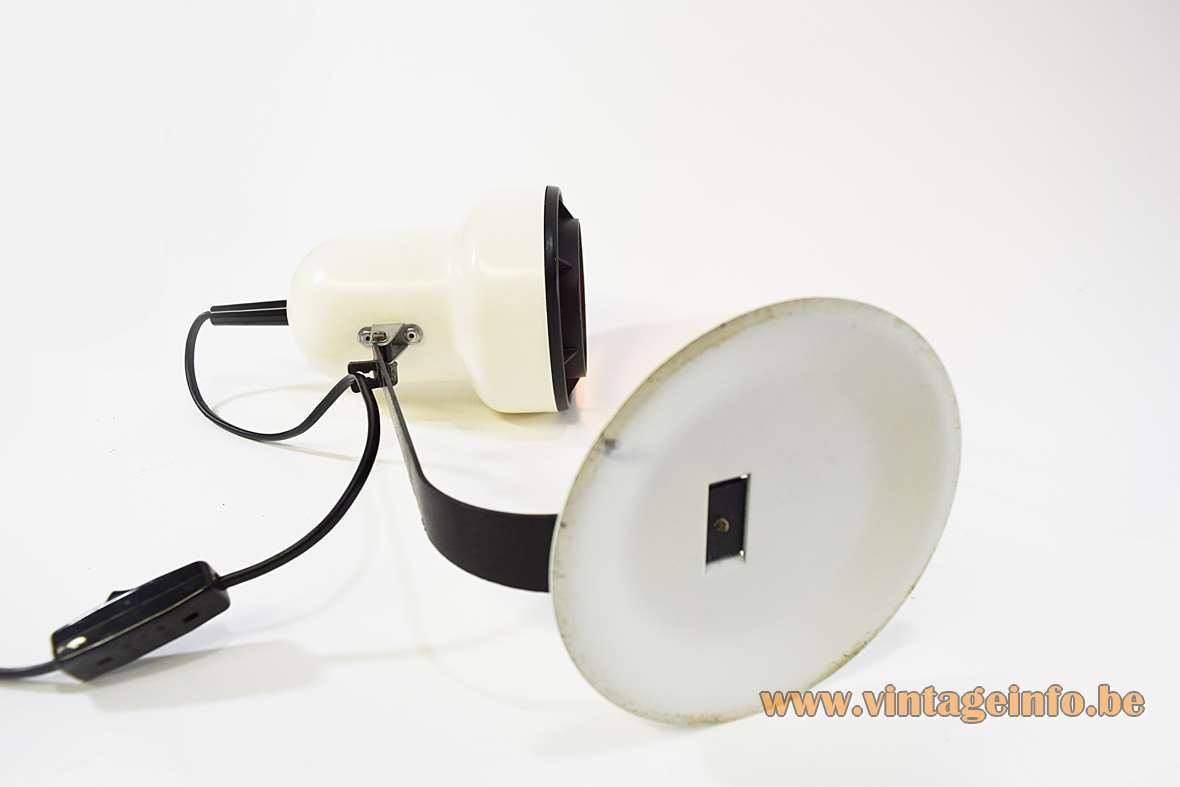 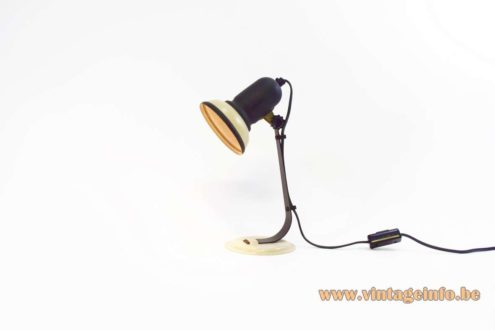 Other versions: This 1970s black & white desk lamp exists in many colours. Several different lamps were produced, all with the same almost flat base but with another lampshade.

In The Netherlands these desk lamps were sold by Vrieland Design a company active in the 70s and 80s. Also Herda Verlichting BV from Amsterdam had these lamps in the assortment. In Spain it was Fase. Massive sold them in Belgium and some other European countries.

All the electric parts were made by VLM Components from Buccinasco near Milan in Italy.

Desk lamp with the same base

Floor lamp by Brilliant Leuchten with the same plastic diffuser