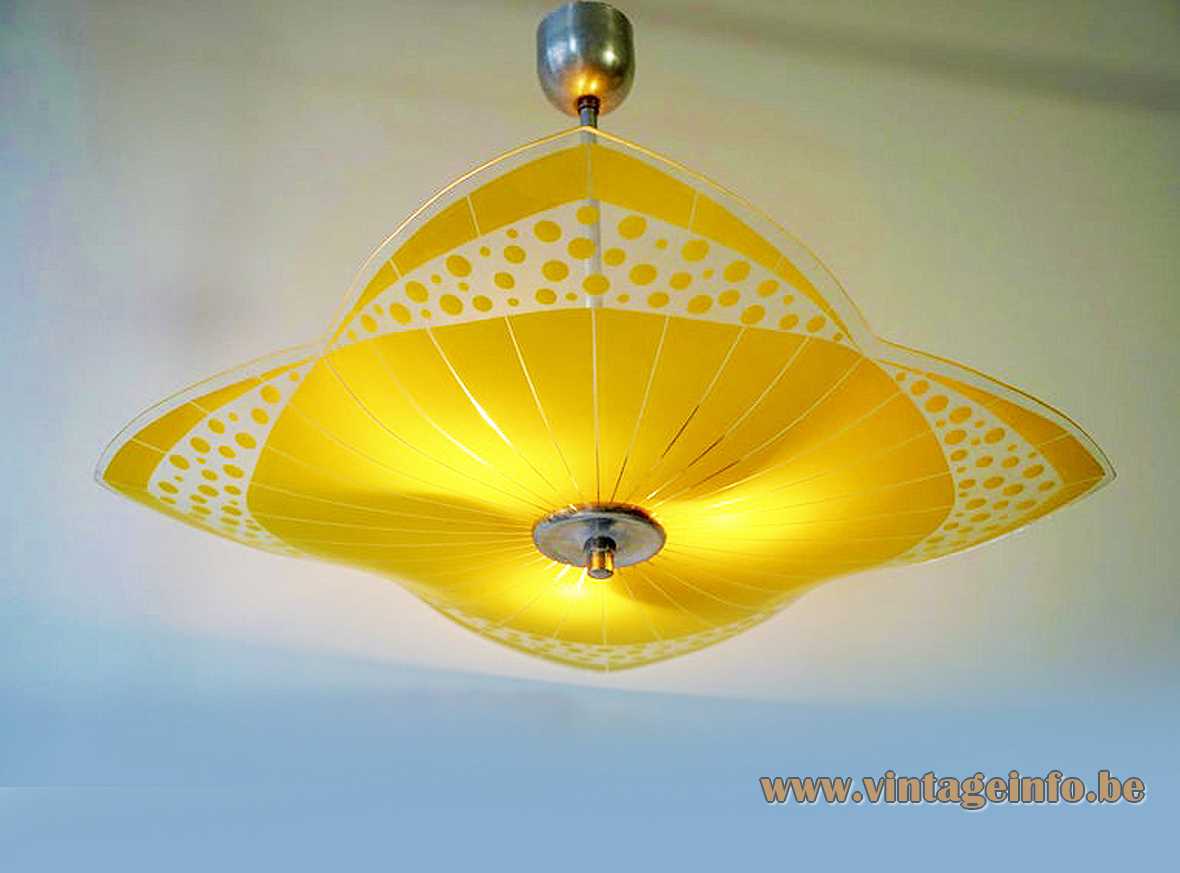 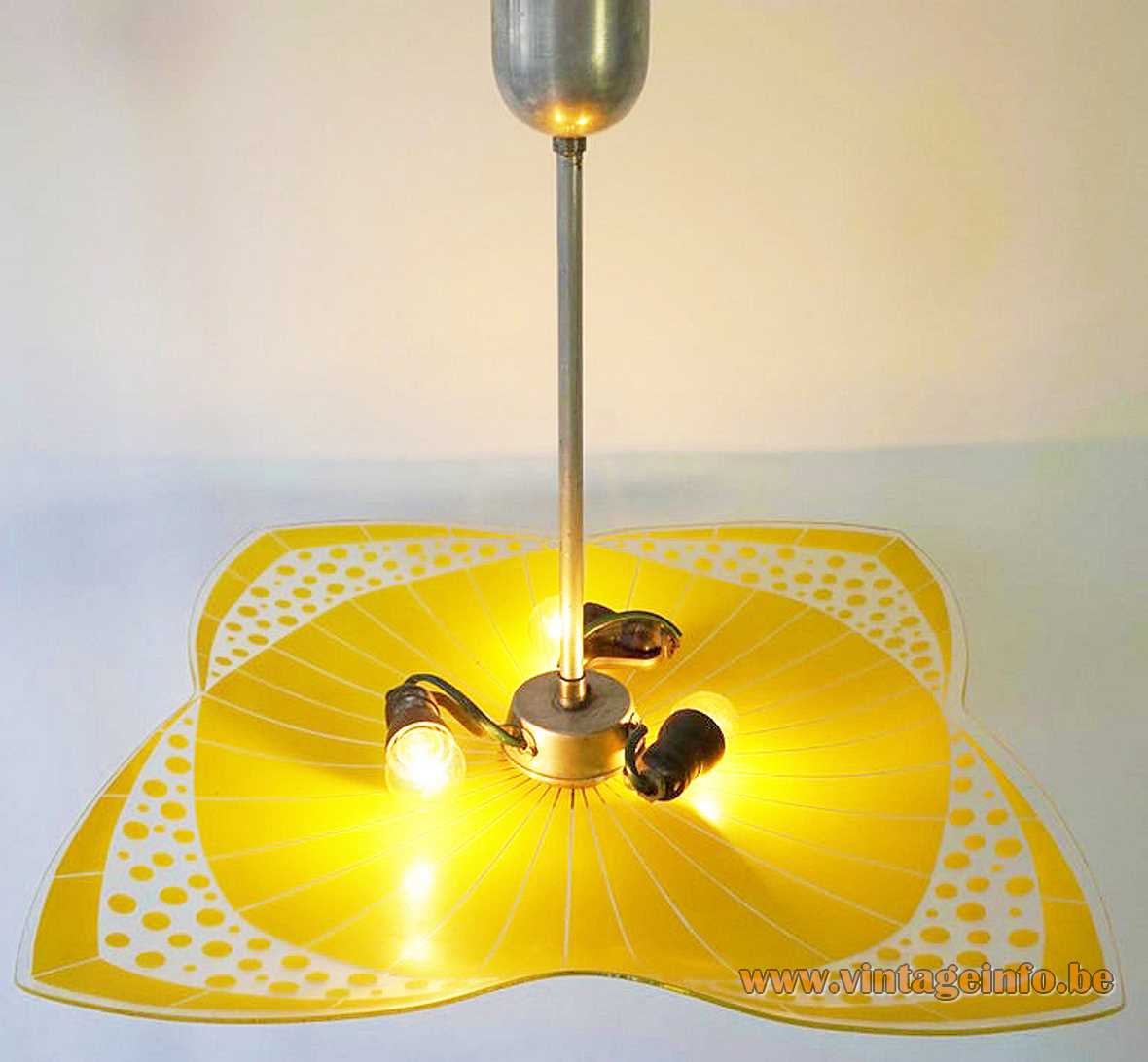 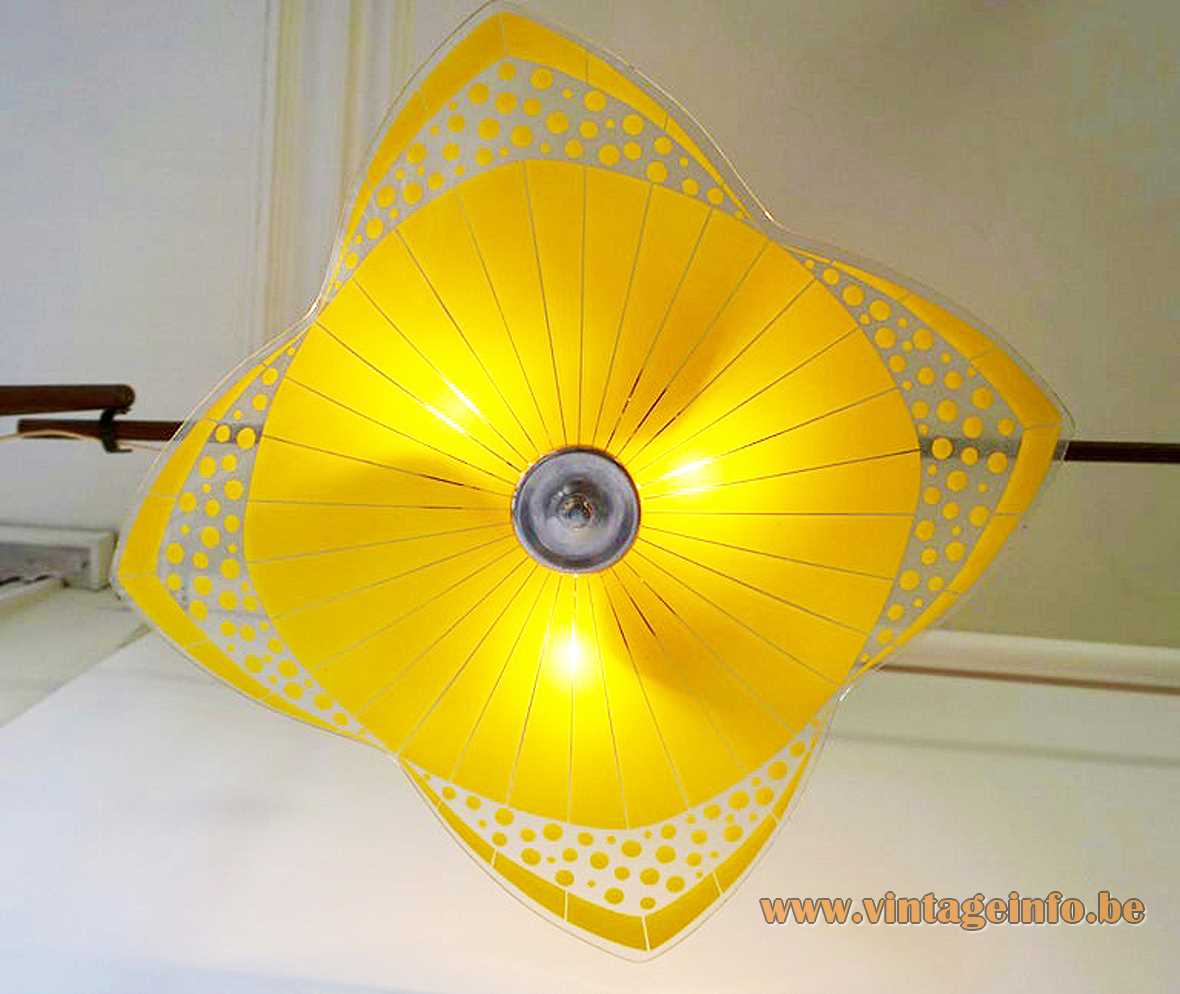 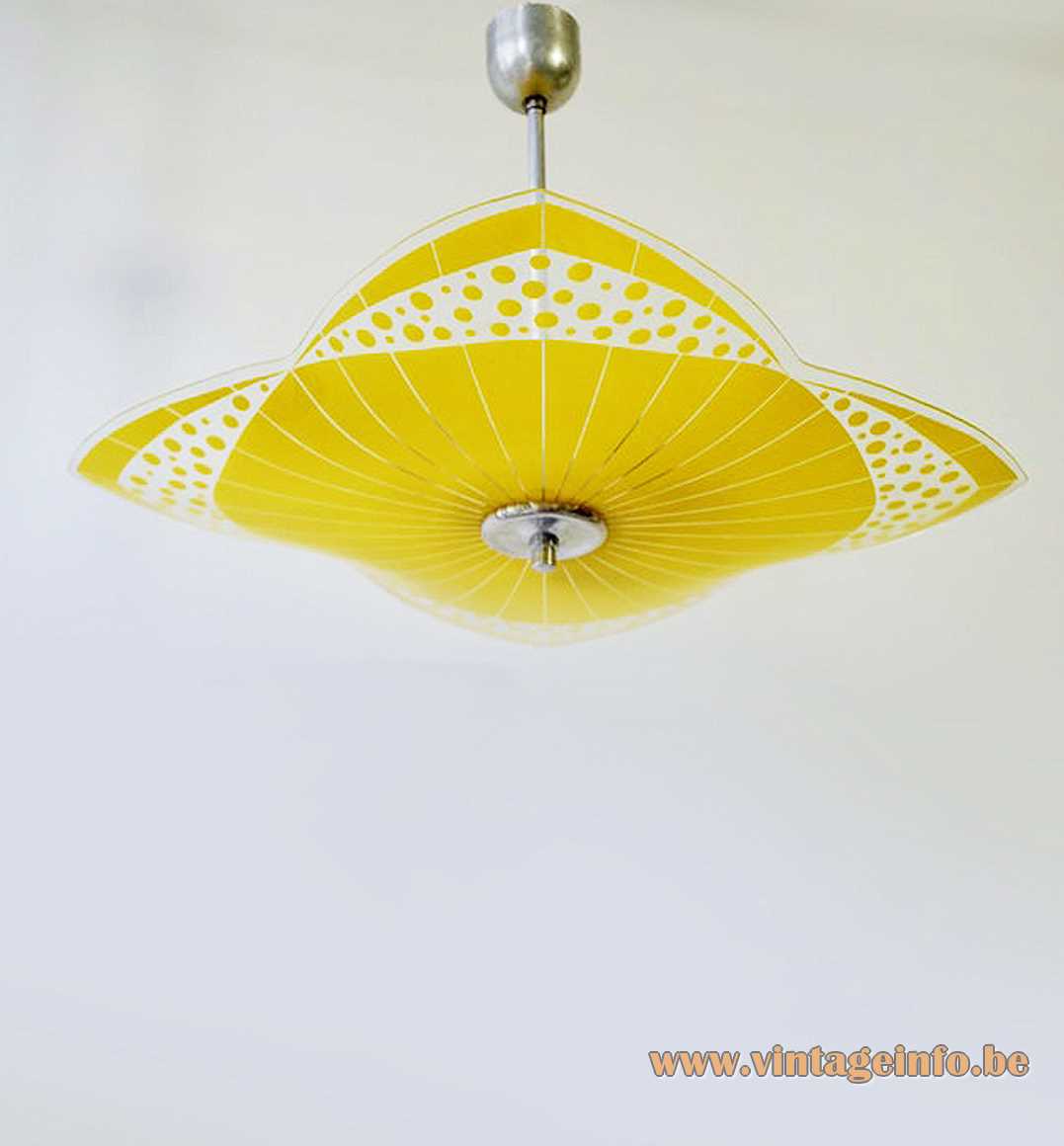 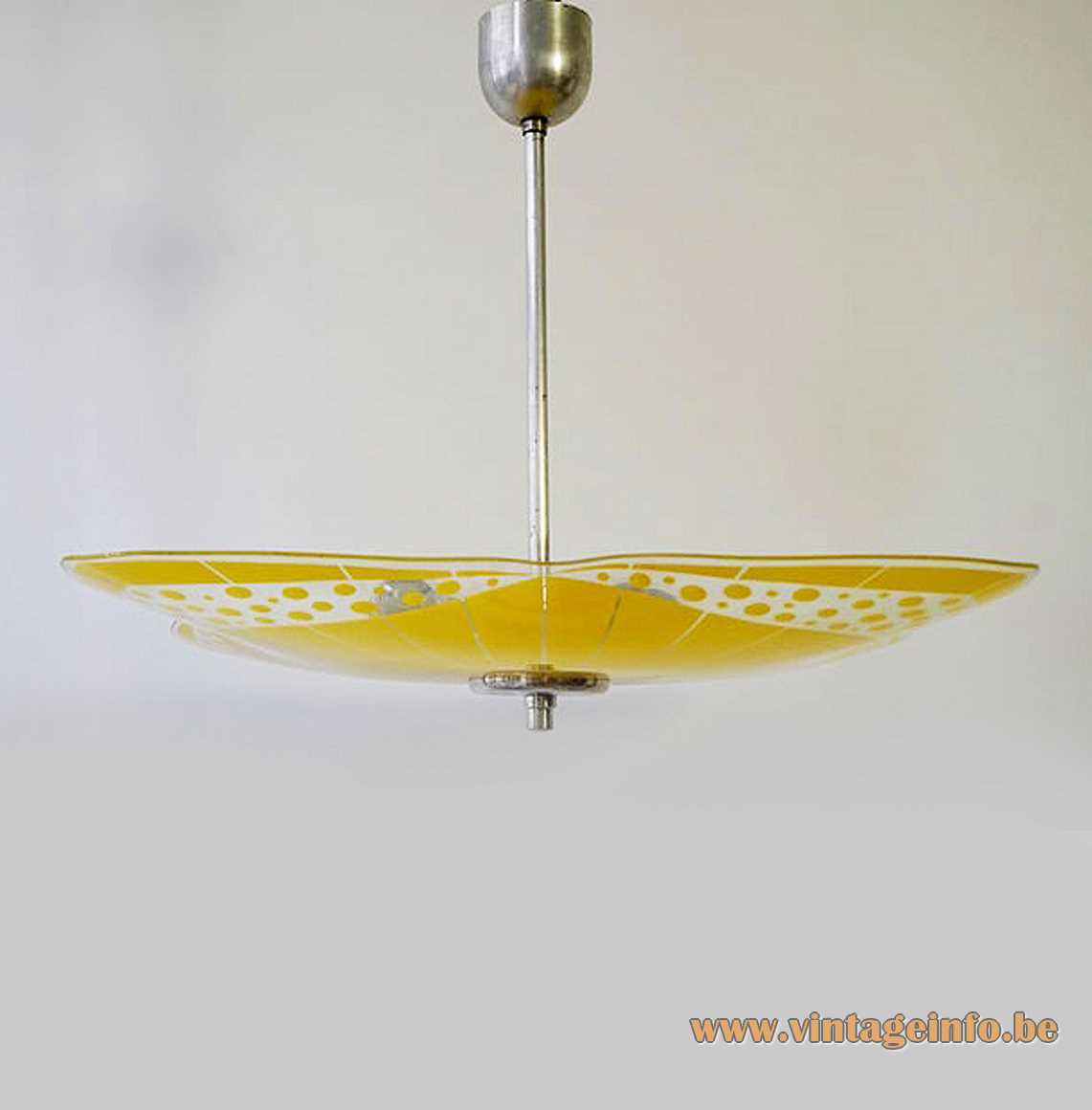 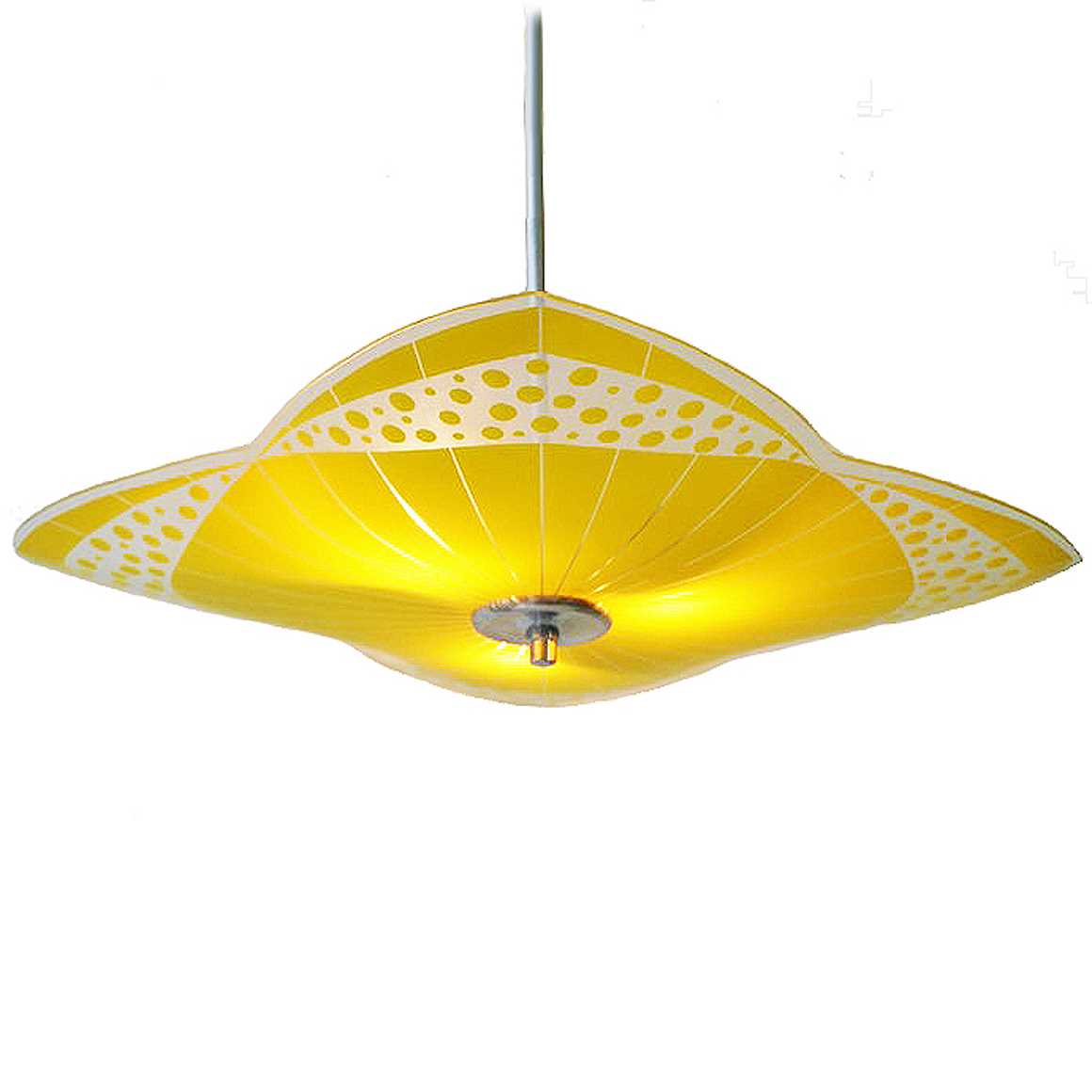 Other versions: This NAPAKO glass pendant lamp or chandelier exists in many forms, colours and varieties and were produced for many years. They are all made of glass or plastic with a printed design.

NAPAKO is a manufacturing cooperative located in Prague, the capital of the Czech Republic or Czechia. At that time it was named Czechoslovakia. The country was under Russian influence after World War II and a communist regime was in power after a coup in 1947.

The NAPAKO cooperative was founded in 1919 as a special-purpose association of small private companies dealing mainly with building metalworking. After the war and subsequently after 1948, the cooperative was partially nationalised and the economic model of that time was applied.

In the second half of the last century, the cooperative built extensive production facilities at the current address in Prague – Michle, where the company now has its headquarters. The company no longer produces lighting.

Josef Hůrka (1920 – 1993) and Helena Frantová were the most well known designers of the NAPAKO company. He designed numerous well known lamps, maybe also this one. He worked initially as electric appliances designer for the NAPAKO cooperative. The company later discontinued this production, and Hůrka had to refocus on lighting design. NAPAKO obtained various awards for his lamp designs. Josef Hůrka designed many household lights for the cooperative. Both designers also worked for other lighting manufacturers in the country.

Czechoslovakia unexpectedly attracted the attention of the whole world. The pavilion for the 1958 World Expo in Brussels won the main prize, the Golden Star and 13 other prizes. The audience was enchanted by Laterna Magika (The Magic Lantern), a stylish restaurant with Czech beer and timeless design. It was visited by 6 million people over the course of six months.

The Brussels Style, which became the symbol of the golden decade of progress and reform ended abruptly by the 1968 Warsaw Pact Invasion. The Brussels Style was characterised by a use of modern materials such as glass, steel and plastic.

Brussels in Prague – The Brussels Style