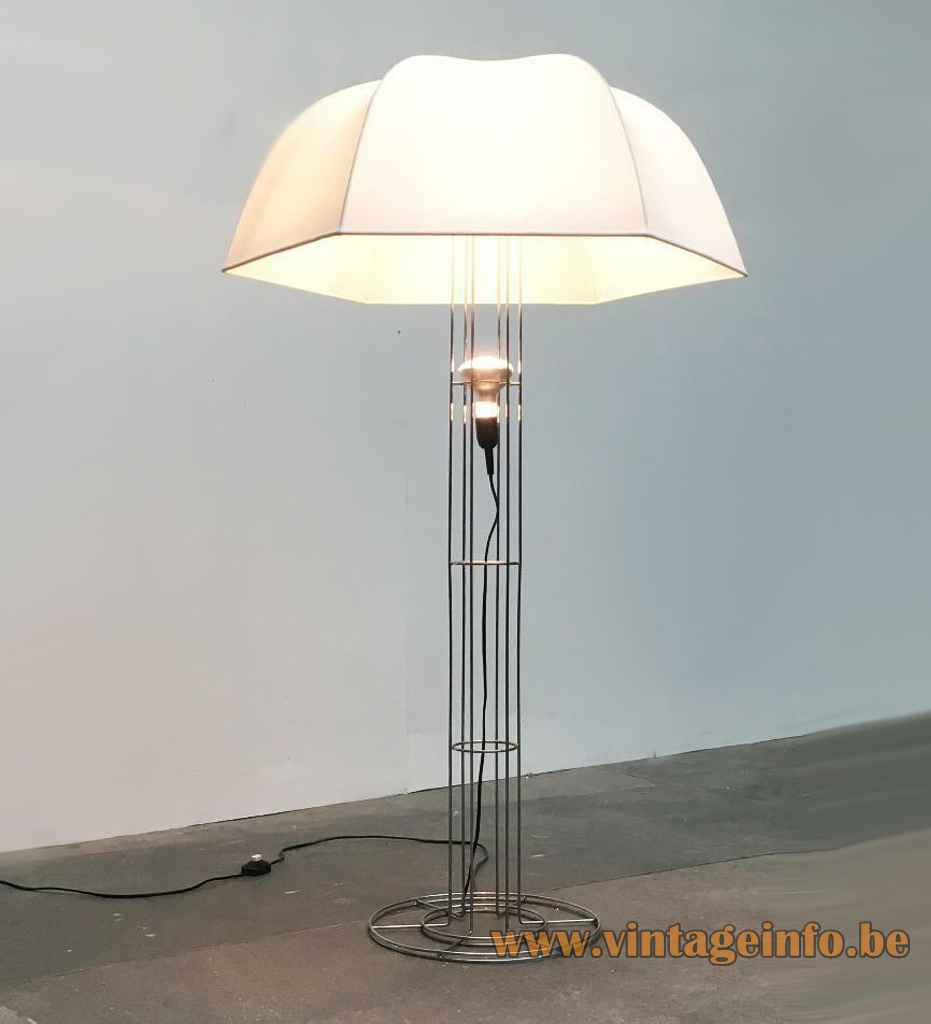 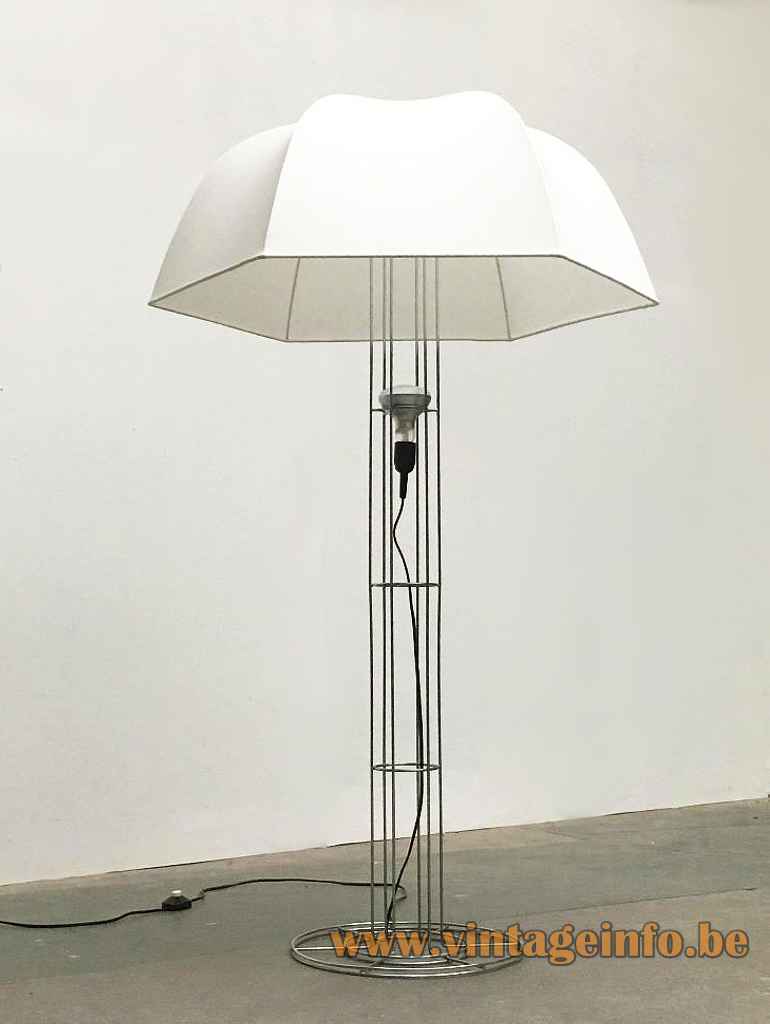 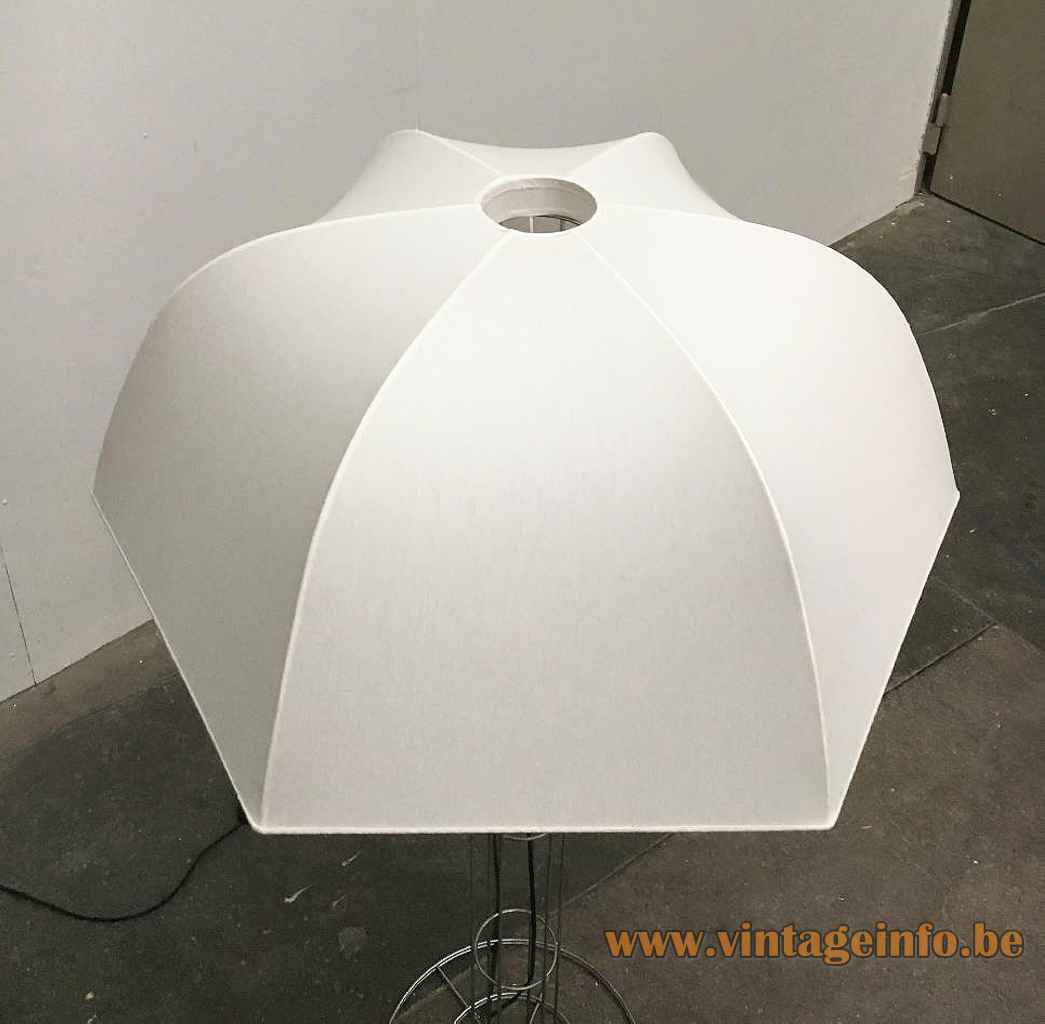 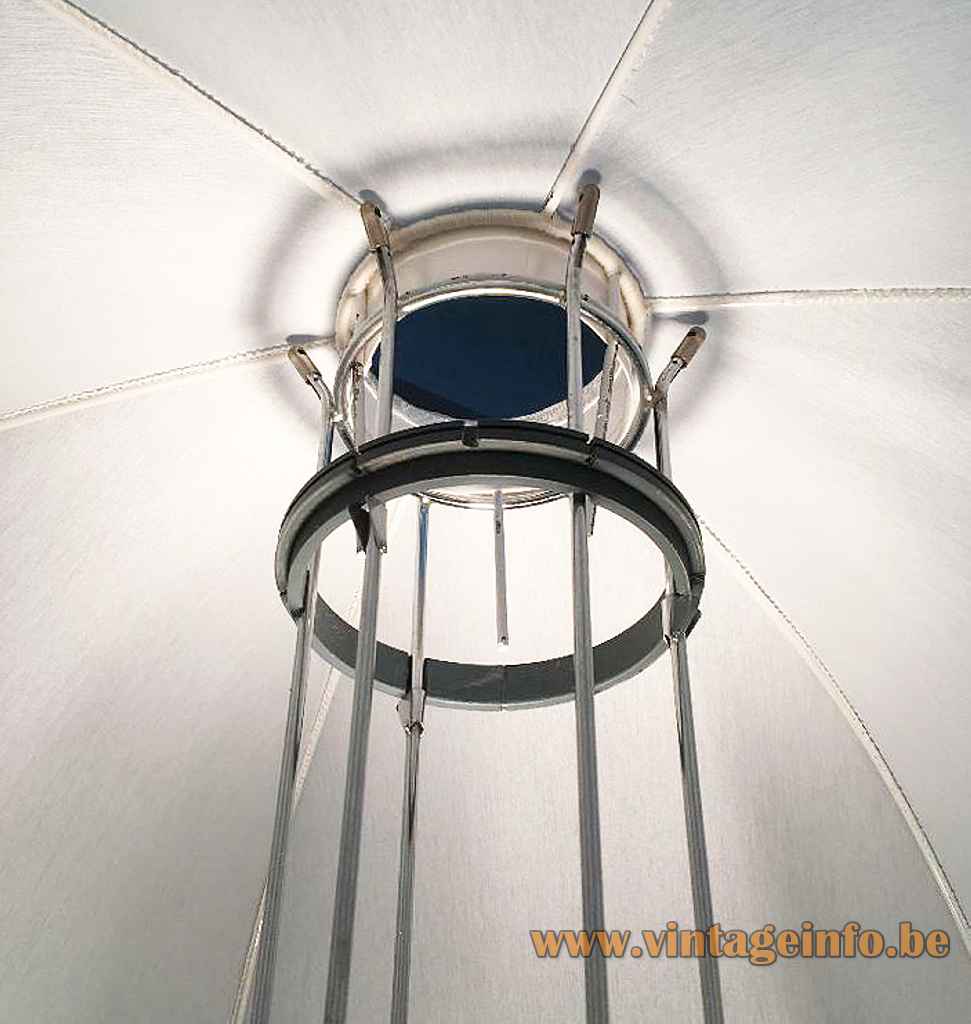 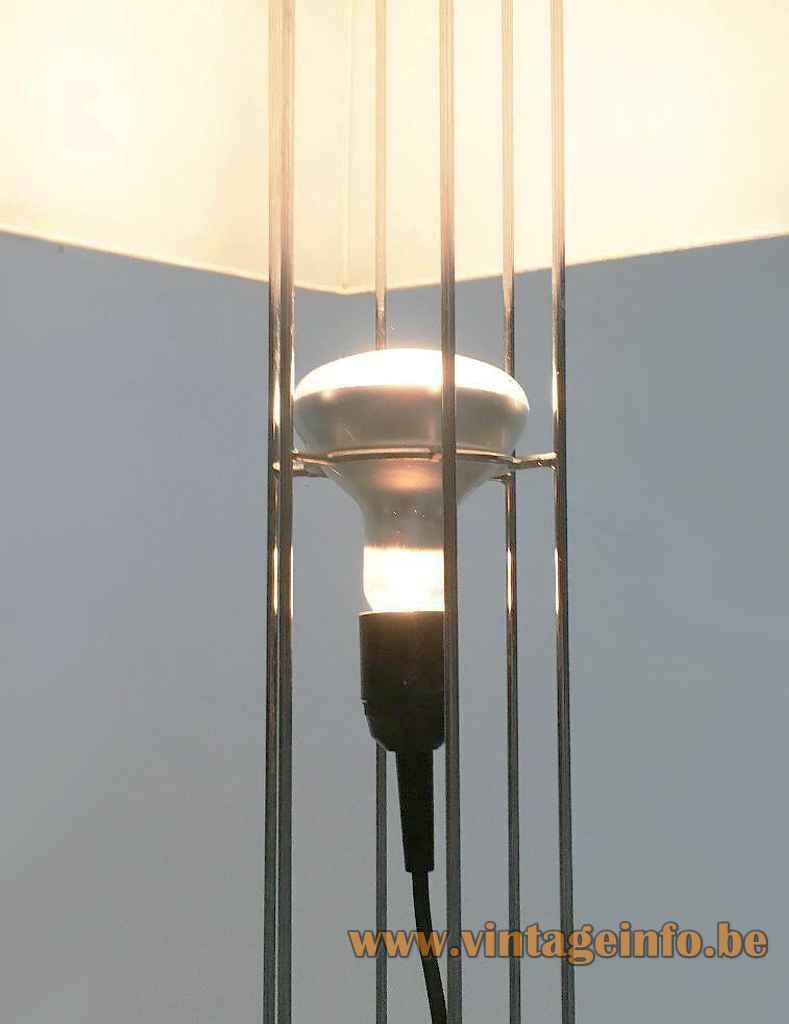 Other Versions: This Artimeta Umbrella floor lamp was also made as a table lamp. The umbrella of this lamp seems not to be original anymore. The original can be closed like a real umbrella.

Gijsbertus Johannes (Gijs) Bakker, born 20 February 1942, is a jewellery and industrial-designer. Bakker was educated at the Institute for Applied Arts (Instituut voor Kunstnijverheidsonderwijs) also known as the Gerrit Rietveld Academie, from 1958 until 1962 in Amsterdam, The Netherlands. From 1962 until 1963 he went to the Konstfackskolan (art school) in Stockholm, Sweden.

Gijs Bakker was awarded many times. His work is represented in museum collections worldwide.

For this lamp he was inspired by the type of lamp that photographers use. A full biography can be found on Wikipedia and on his website.

Artimeta was founded by Floris H.  Fiedeldij in 1960. Artimeta produced luxury lighting and furniture. Also French designer Mathieu Matégot created several items for Artimeta. Most products were sold in Germany. About 15 people worked for the company. Because Artimeta was booming, Fiedeldij was searching for investors.