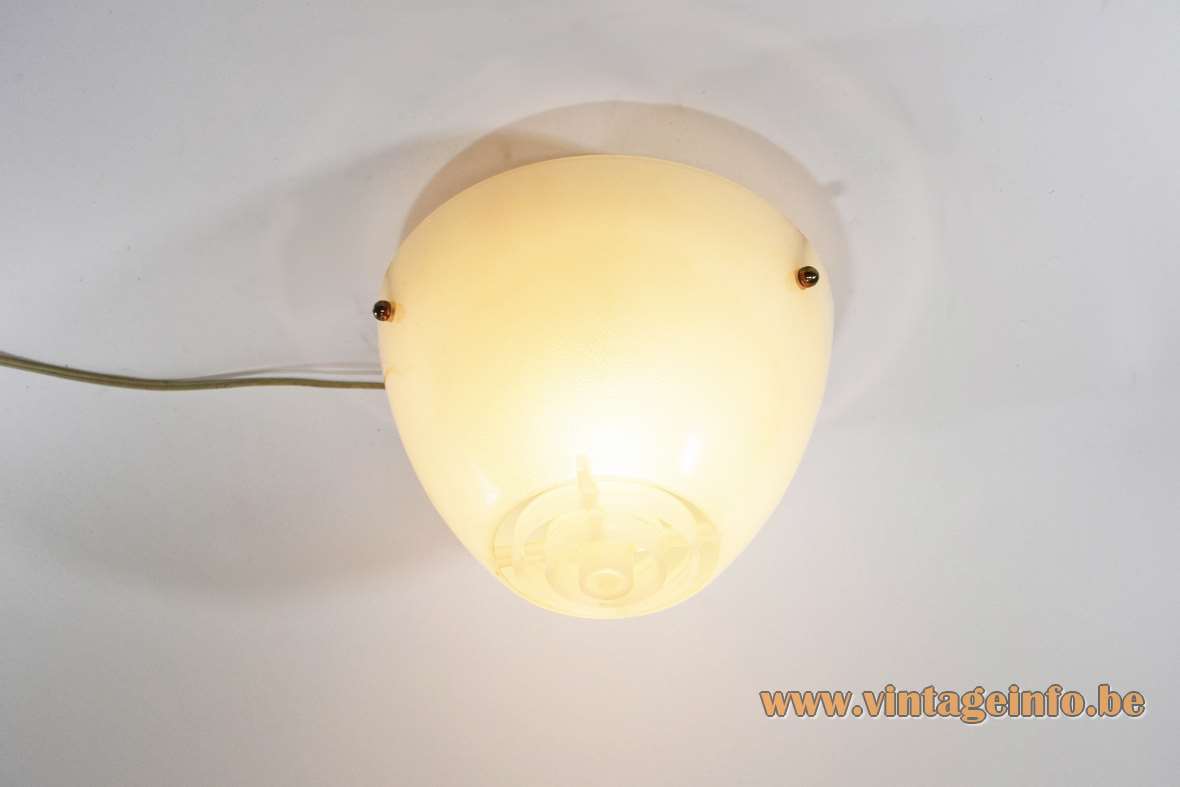 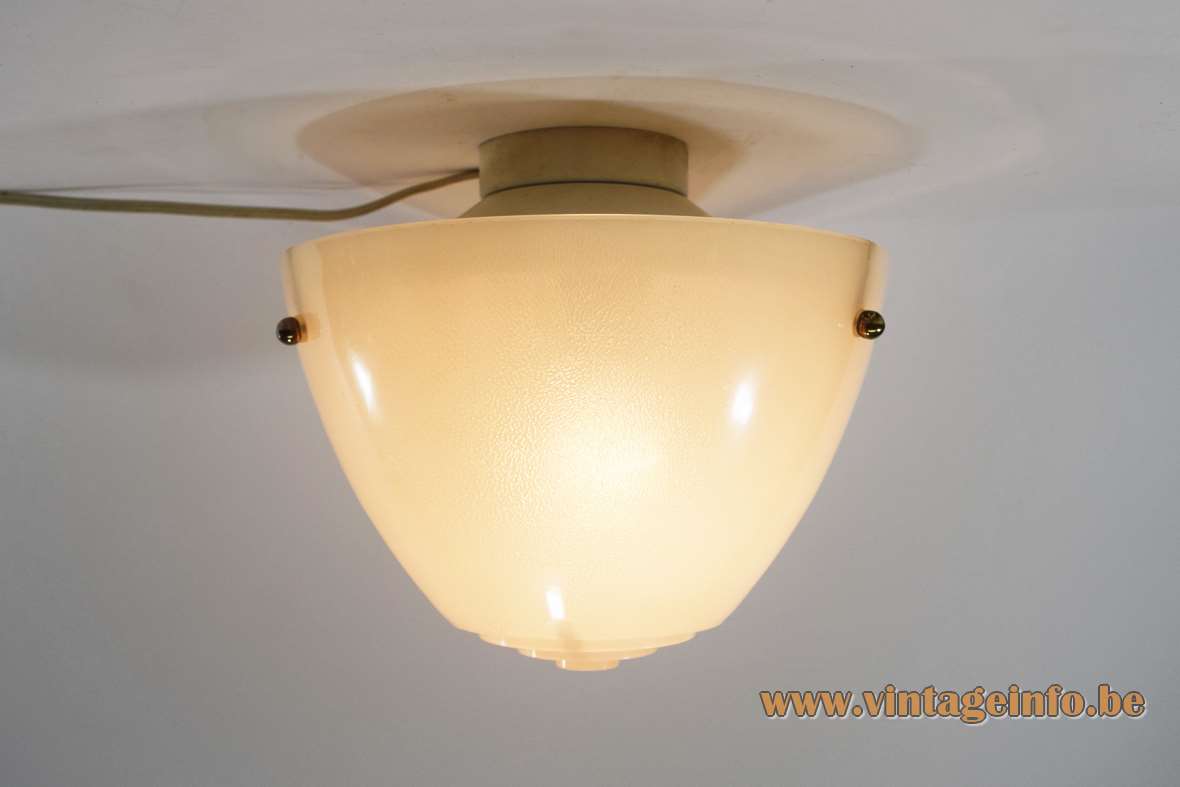 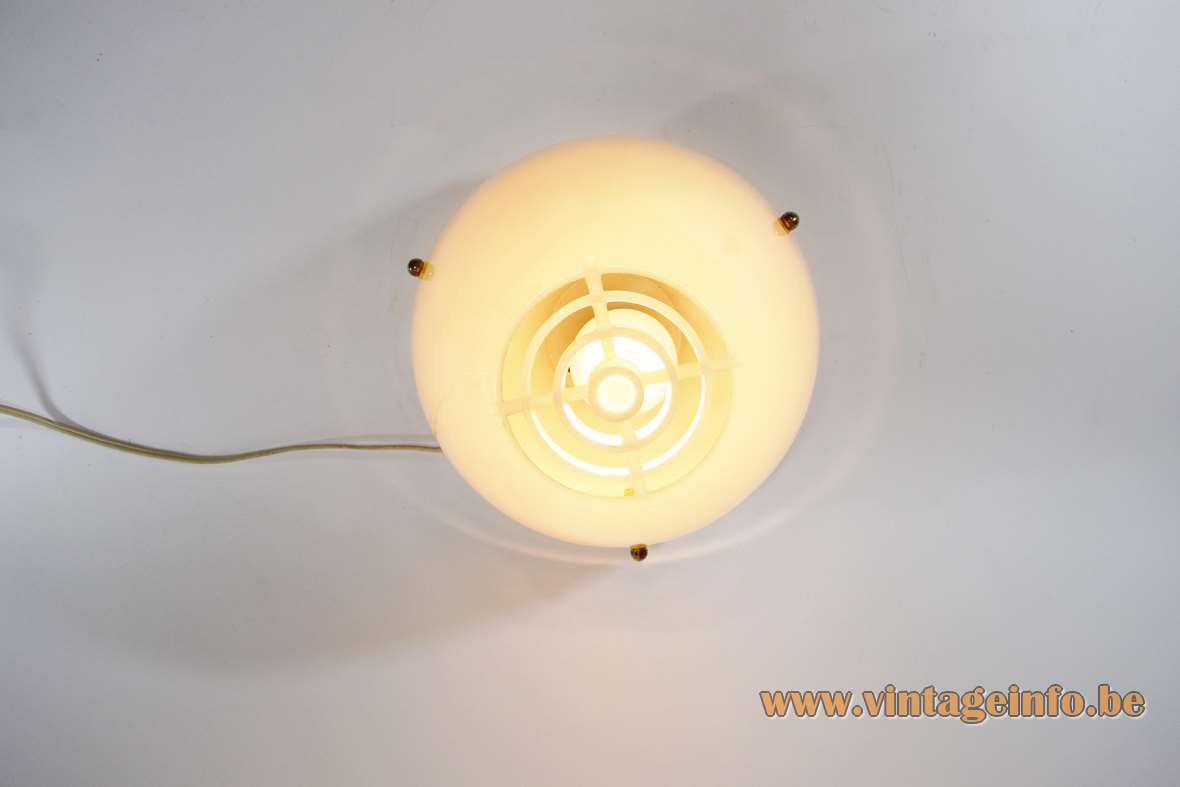 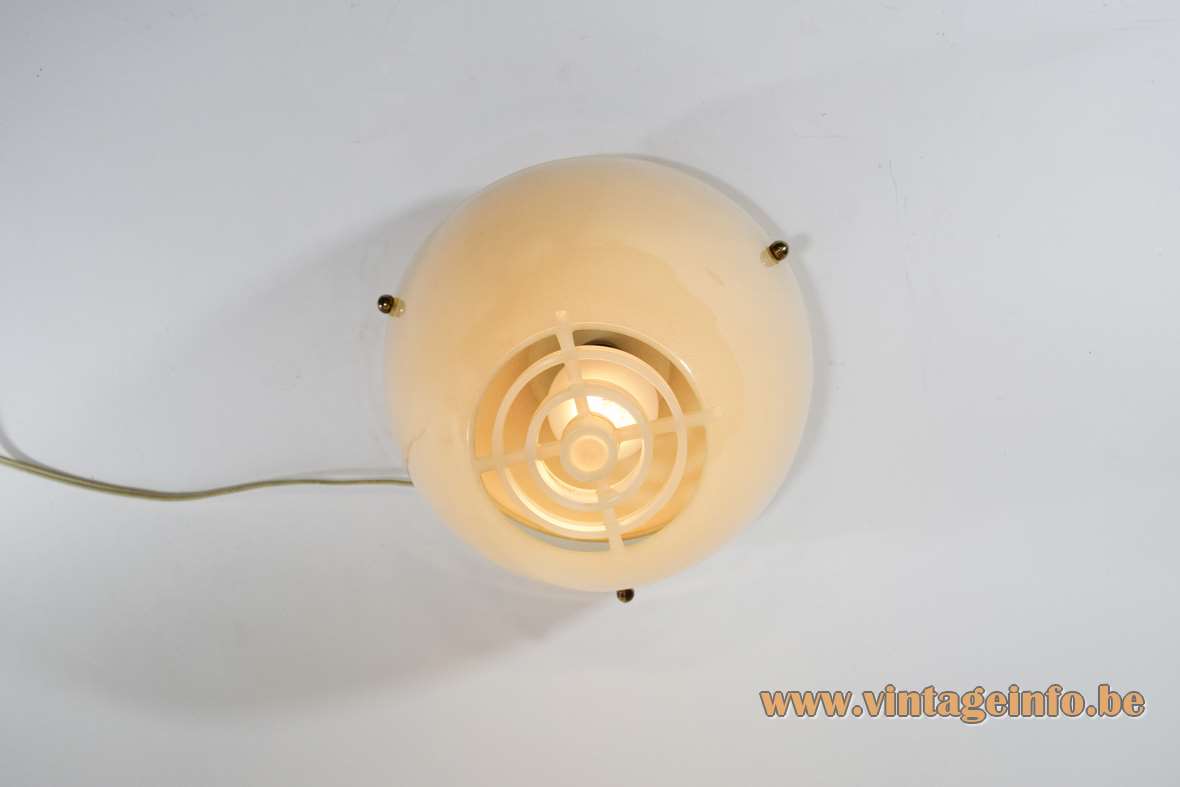 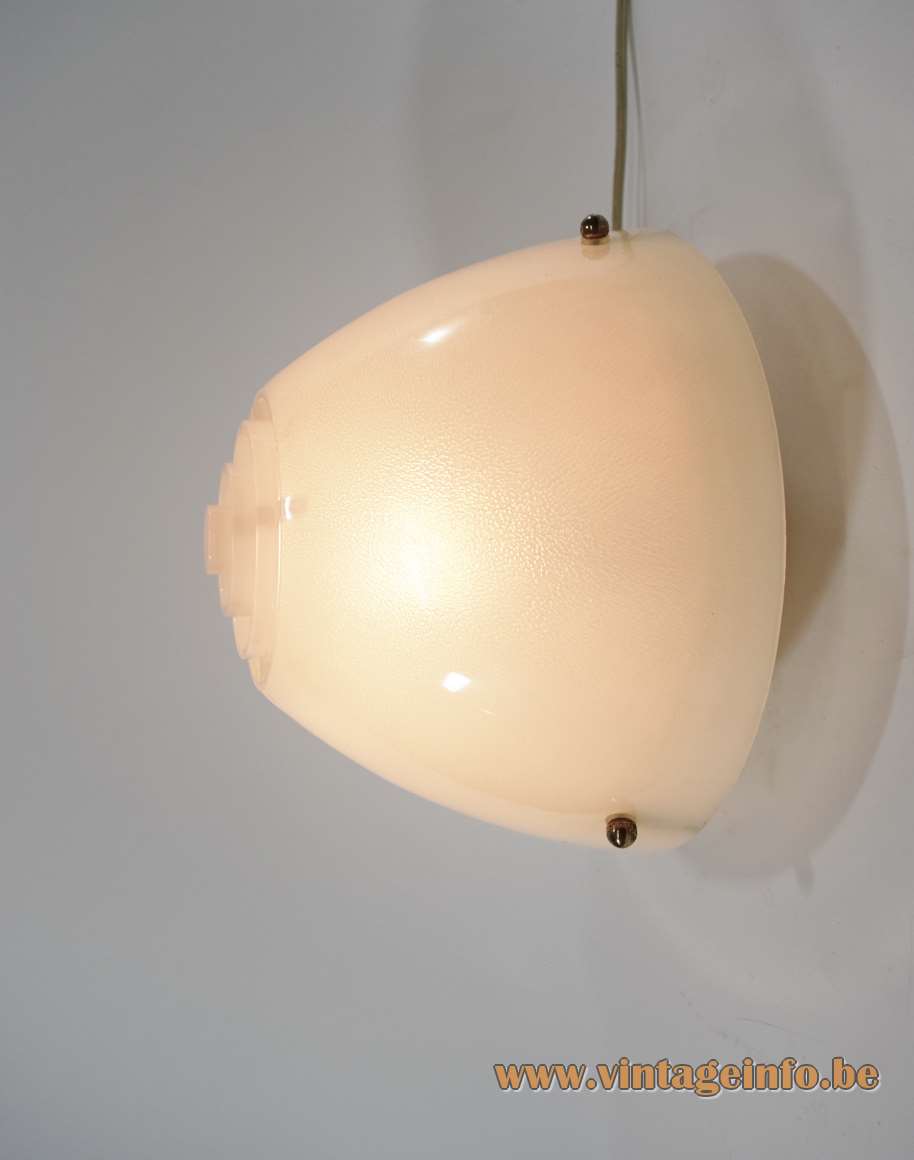 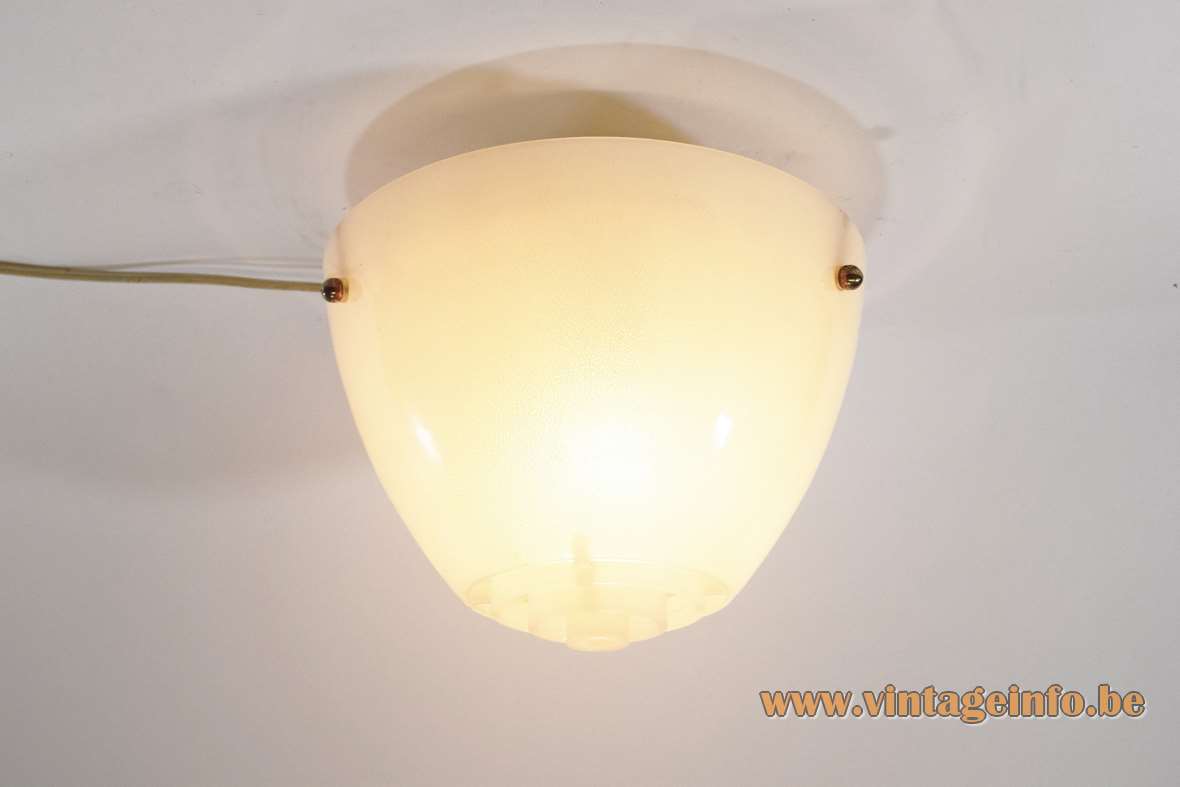 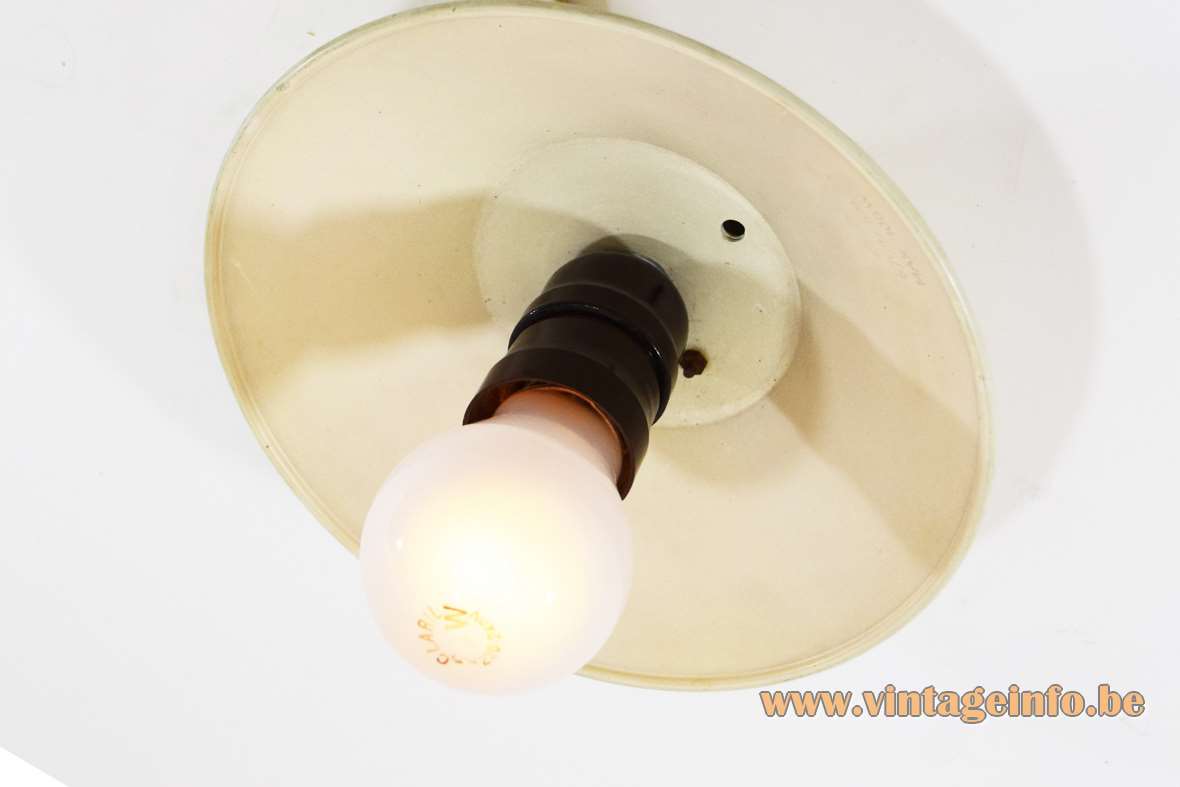 Other versions: This lamp is model 5764/100. Presumably smaller lamps of this Arnold Wiigs Fabrikker flush mount with a lower wattage exists.

This lamp is made of some early plastic or some acrylic. It is hard to tell. The brass ball screws have no use whatsoever. They are only decorative.

Arnold Wiigs Fabrikker was founded in 1938 by Arnold Wiig and his brother-in-law Albert Larsson. The company was located in Halden, a town in the south of Norway, near the border with Sweden.

Herrebøefabrikken was active from 1759 until +- 1770. It was the Kunstindustrimuseet (Museum of Applied Art) in Oslo in 1949 who made the request to change the name. The museum closed on October 16, 2016. The collection will be part of the new National Museum when this opens in 2020.

Arnold Wiigs Fabrikker is best known for the ceramics they produced. The artistic director was William Knutzen. AWF was very successful during the early years with the production of flower pots. Also many wall tiles were produced that look very similar or almost exactly the same as the well known German Russcha wall tiles with a black background. It is possible that those two companies worked together, but I could not find any information about it.

Arnold Wiig left the company in 1966 when it was sold to Christiania Belysing. The company was merged into Høvik Verk. Høvik moved to Halden in 1972.

This led to the acquisition of license agreements with the Danish company Louis Poulsen. Since that period they produced lamps designed by, among others, Verner Panton and Poul Henningsen. Høvik Verk also produced some models of the Swedish lighting manufacturer Hans-Agne Jakobsson.

The best known designer that worked for AWF was Helena Tynell. She designed a few lamps for the company.

Høvik Verk was taken over by Glamox in 1999. All production has ceased and the premises are used for other purposes. 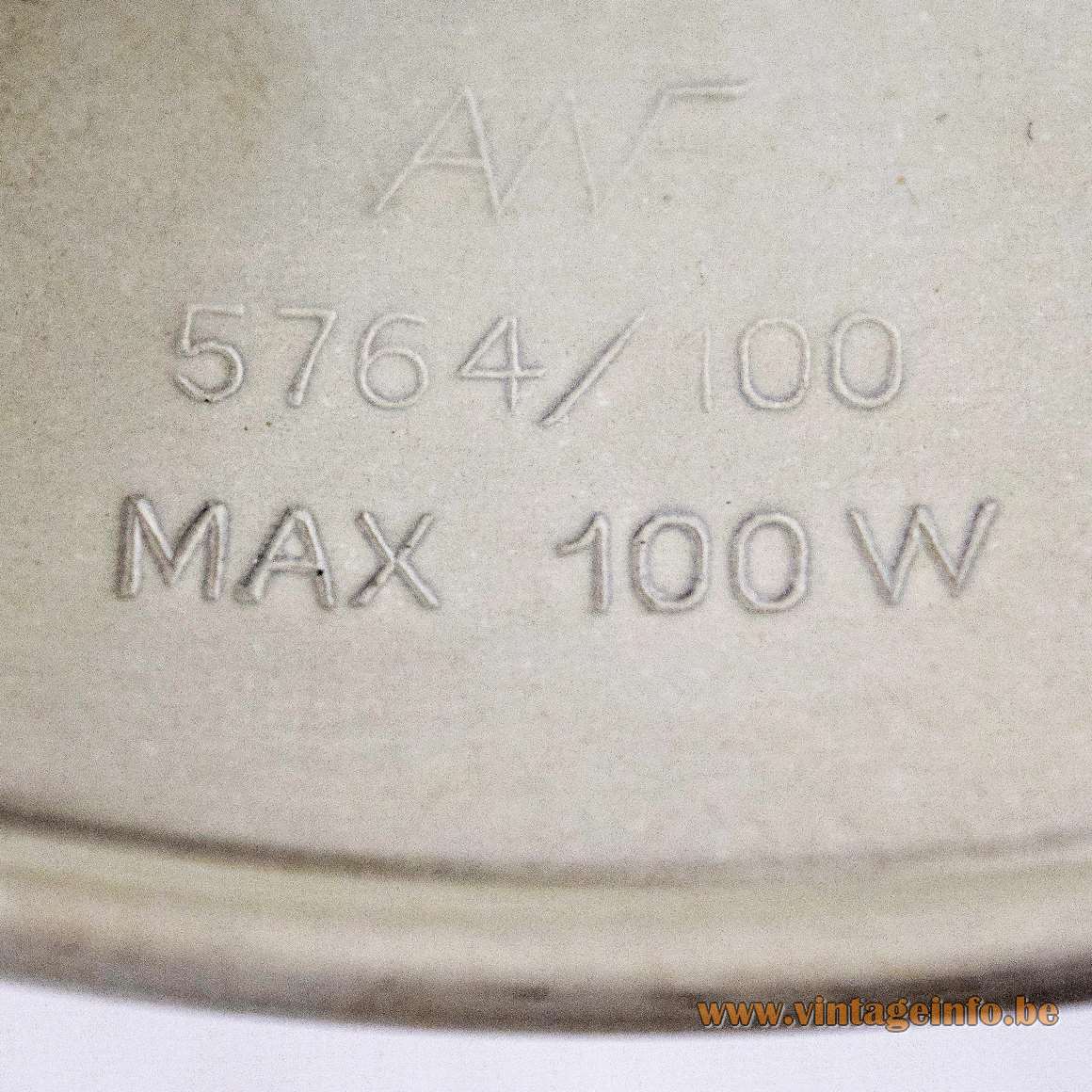 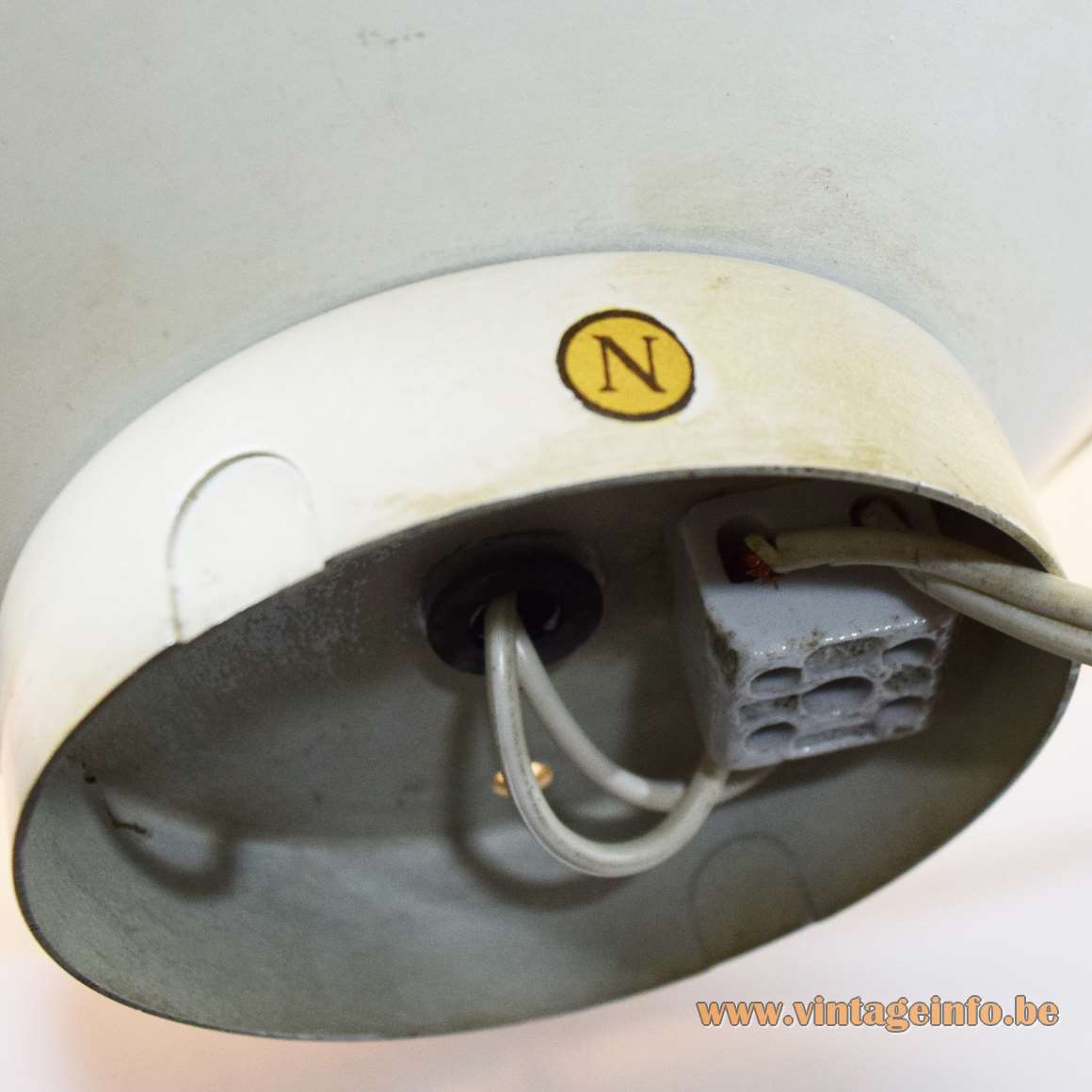