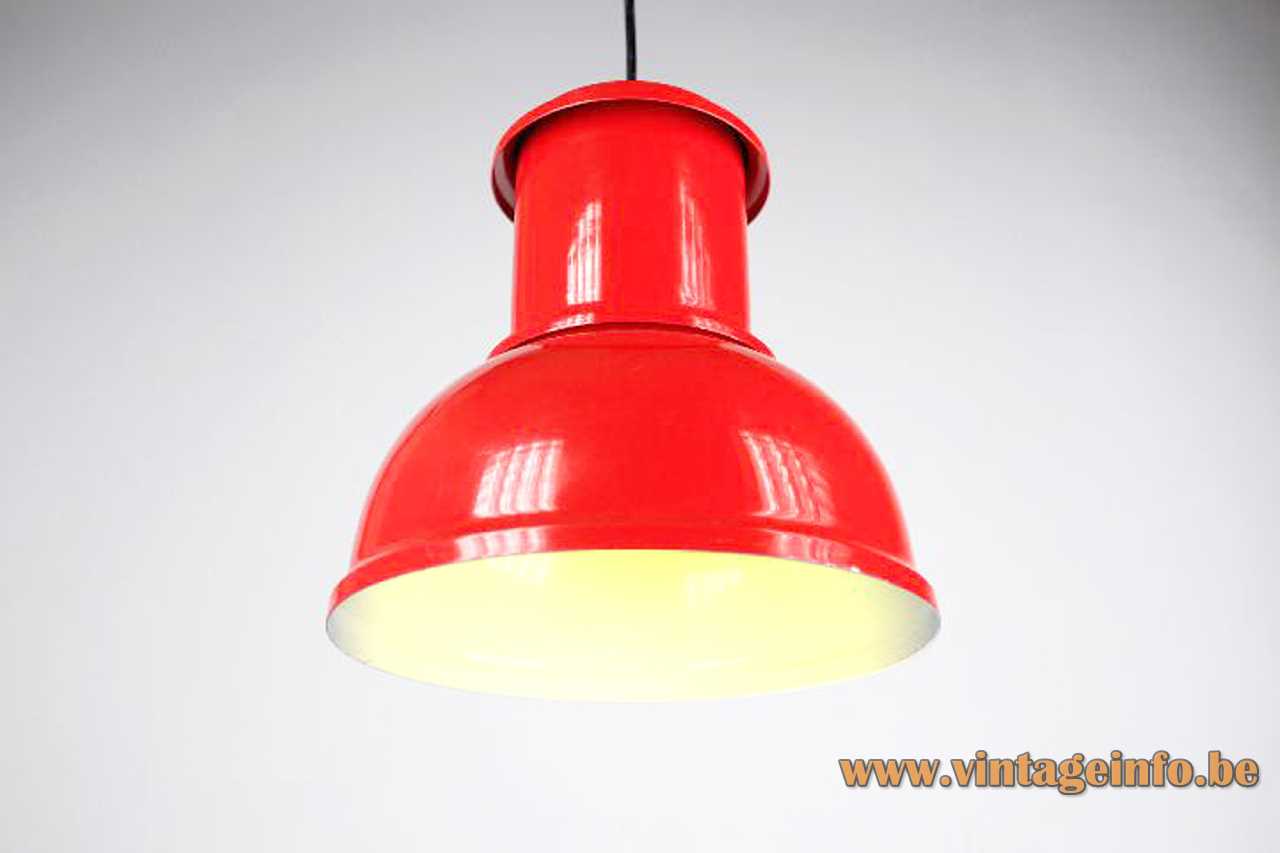 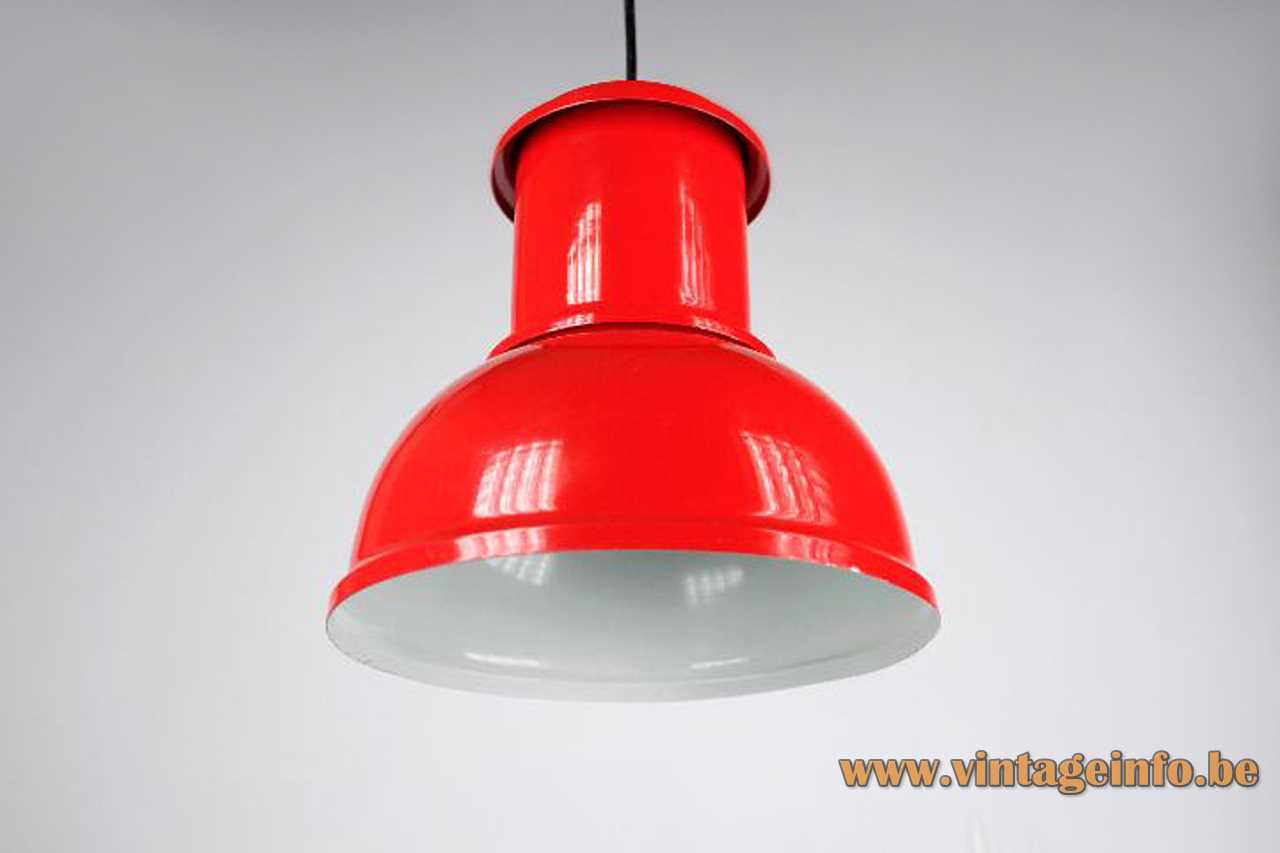 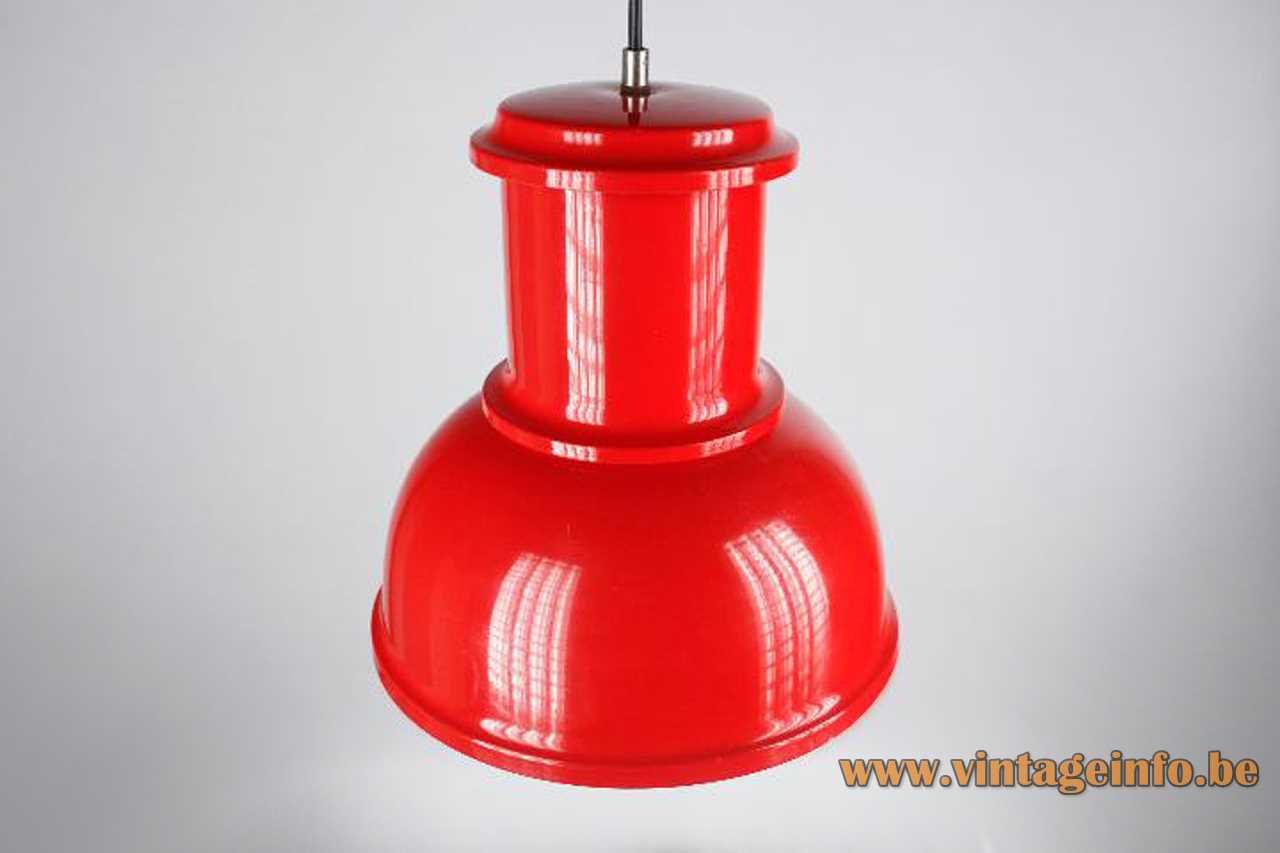 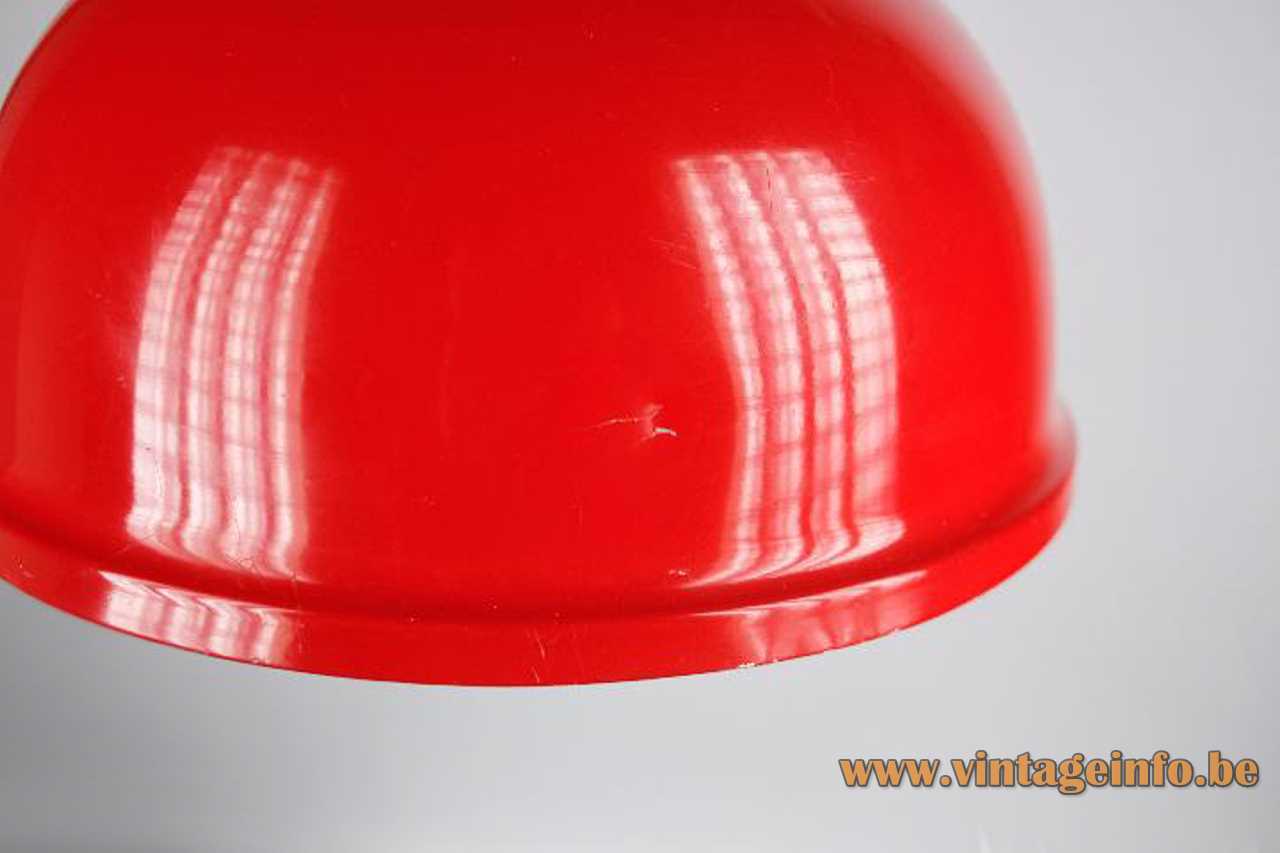 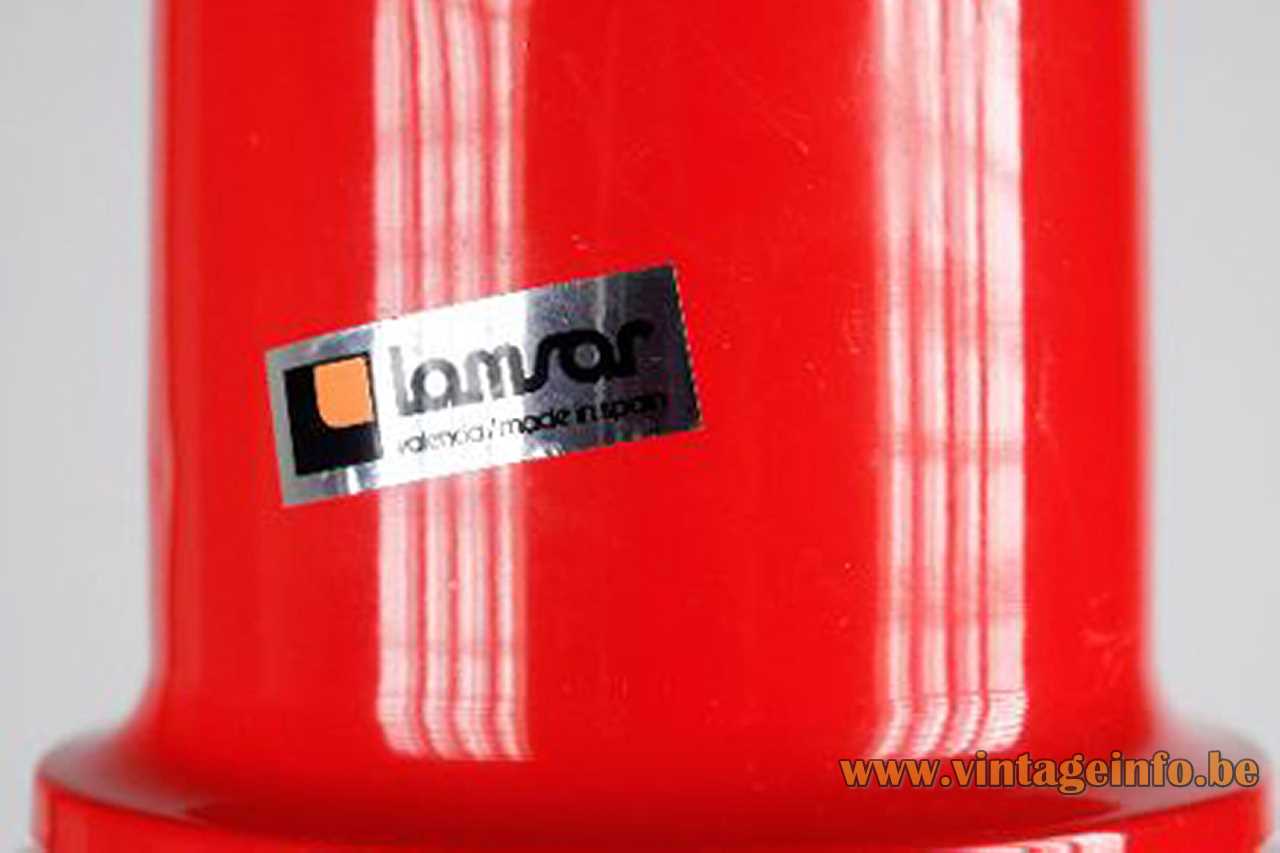 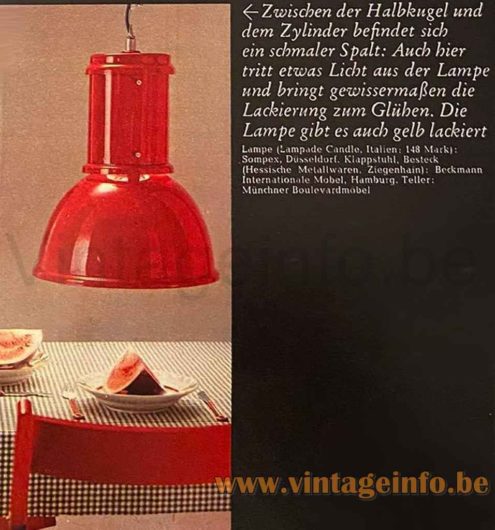 Other versions: This 1970s Lamsar pendant lamp exists in many colours.

Roberto Menghi, born in Milan, January 14, 1920, graduated in 1944 at the Milan Polytechnic. He specialised in architecture and interior and industrial design. Menghi took part in the World War II, with the rank of lieutenant. After the armistice, his refusal to join the Social Republic led to his internment at the Częstochowa concentration camp.

At the end of the conflict he married Cristiana Sella, and opened a studio in Milan. In addition to architecture, he was also interested in industrial design.

Menghi was awarded twice at the Triennale with the Grand Prize for the glass and design sections and twice with the Compasso d’Oro.

Roberto Menghi is passionately dedicated to the renovation of buildings of particular artistic interest, such as the Palazzo dei Giureconsulti in Milan. In the seventies he worked with Bormioli Rocco, dealing with product and corporate identity.

Menghi has taught Architecture at the Universities of Venice and Milan and Design at the Nuova Accademia in Milan and at the Academy of Bath.

The Candle company was located in Milan, Italy. It had seats in Rome and Turin. Not much info can be found about it. In 1993 FontanaArte acquired Candle.

No information can be found about the Valencian company that was at least active in the 70’s and 80’s. The most well known designer was Eduardo Albors.

Do you have more information about Lamsar or Candle? Please let us know through the contact form and help improve the websites exactitude. Your help is much appreciated.

Eduardo Albors was born in Valencia in 1949. He studied Applied Arts and Business and is an Industrial Designer. Albors founded Caps I Mans in 1972 where he developed industrial design work and graphic and interior design for many companies, not only lighting such as Lamsar.

In 1984 Eduardo Albors took charge of the department of Product and Image design of Ronda Iluminaçao (lighting) in Sao Paulo, Brazil and up to 1989 he lived and worked between Valencia and Sao Paulo.

In 1985, Caps I Mans, NBC and other designers create a collective design named La Nave.

For Lamsar he designed lamps from 1972 until 1980. They are all on his website. He not only designed lighting for the company but he was also responsible for image and product advice, Brand and logo graphic design, catalogue design, artistic photography direction, packaging design, publicity and promotion direction, office interior design and 25 lamps. 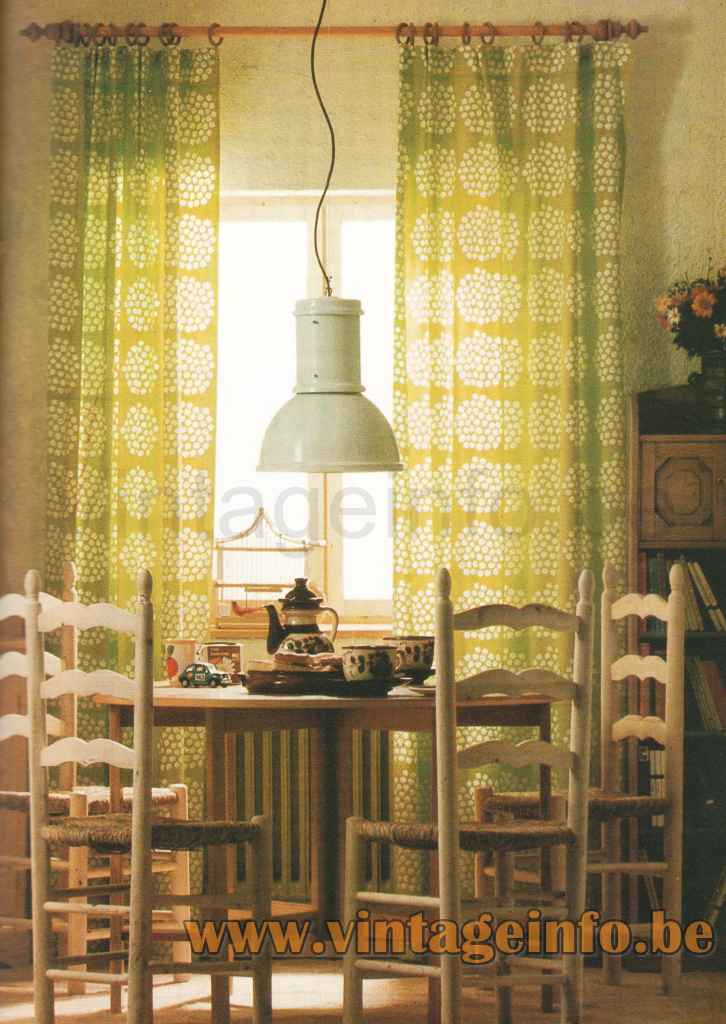