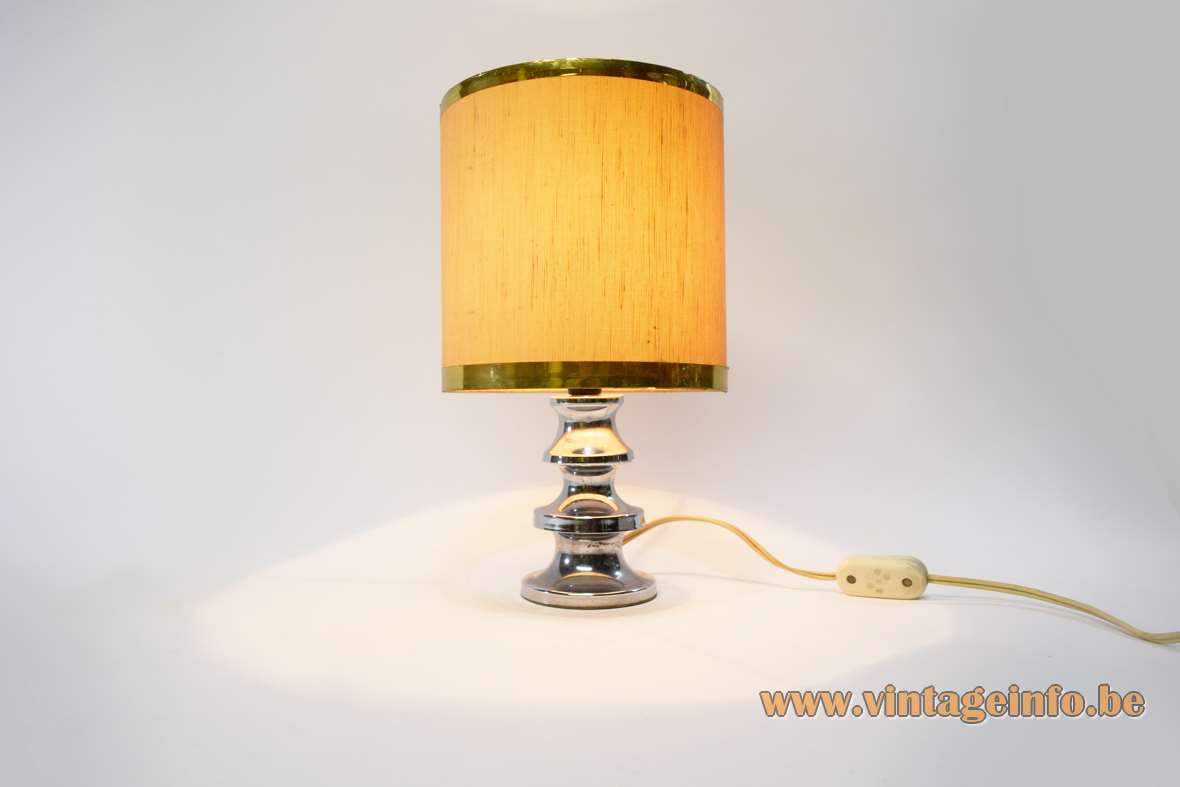 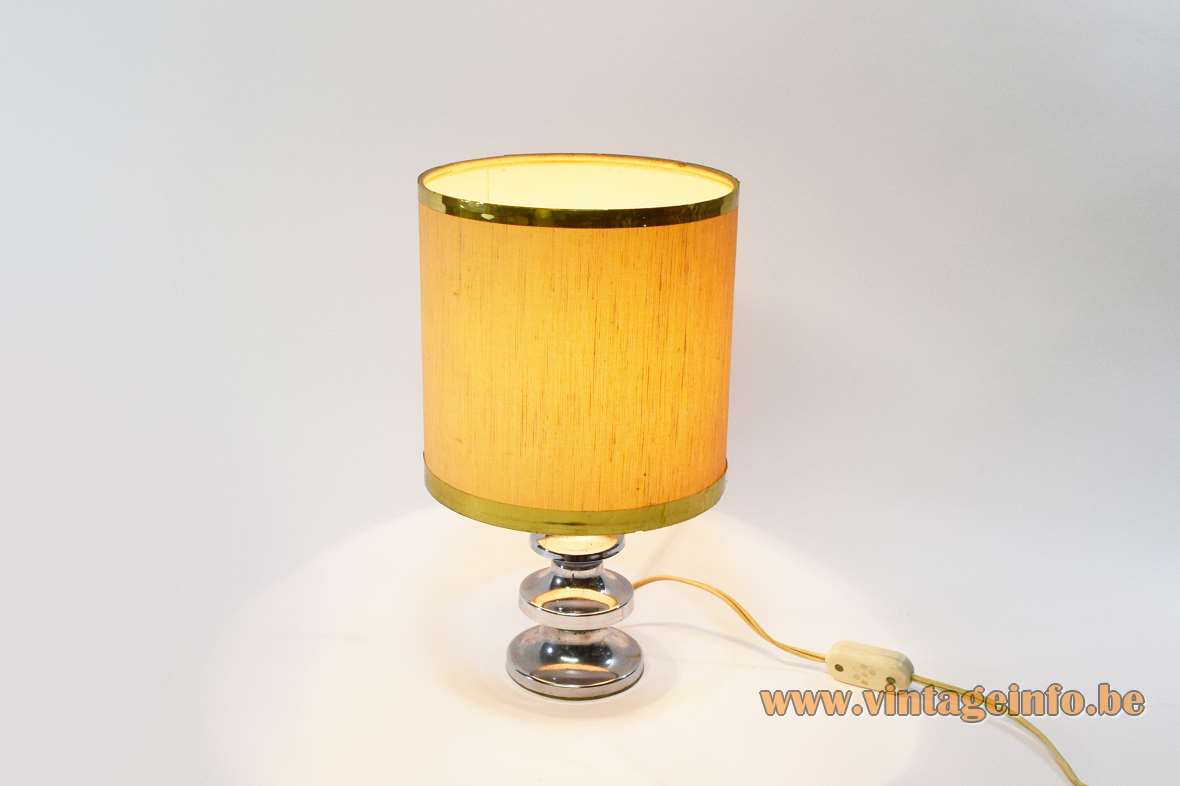 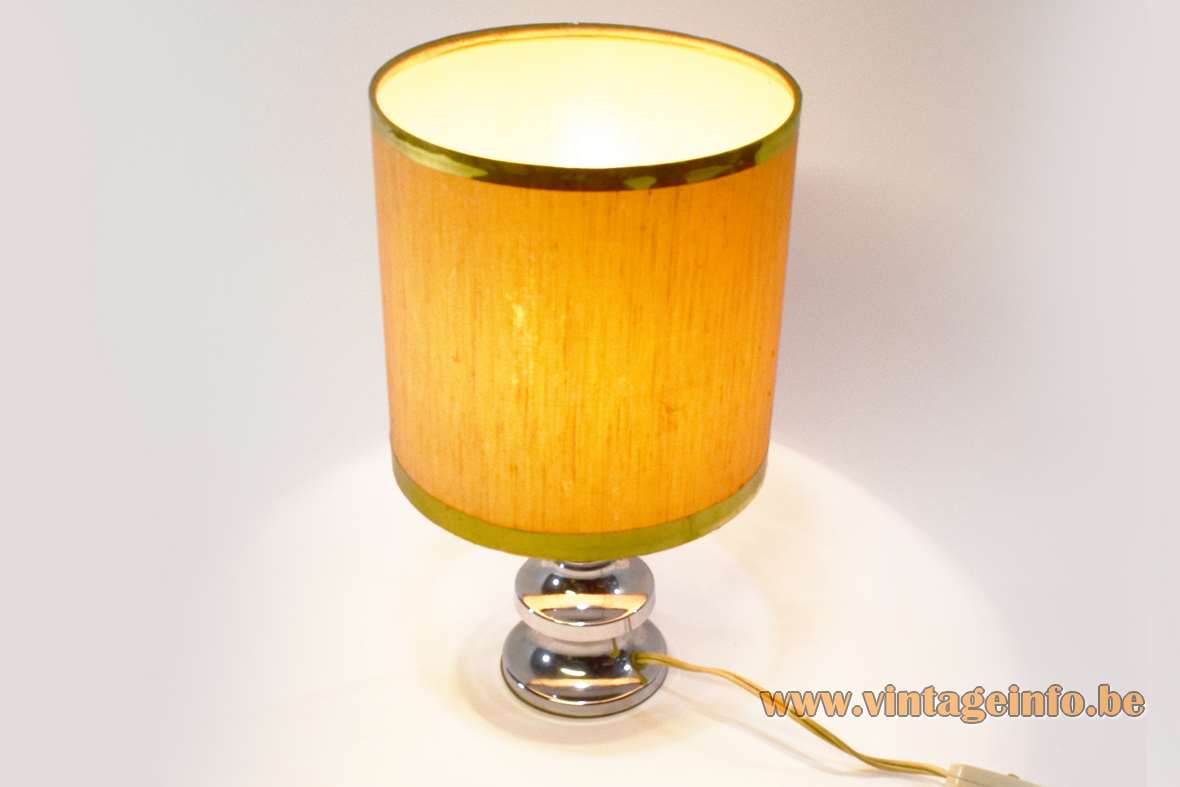 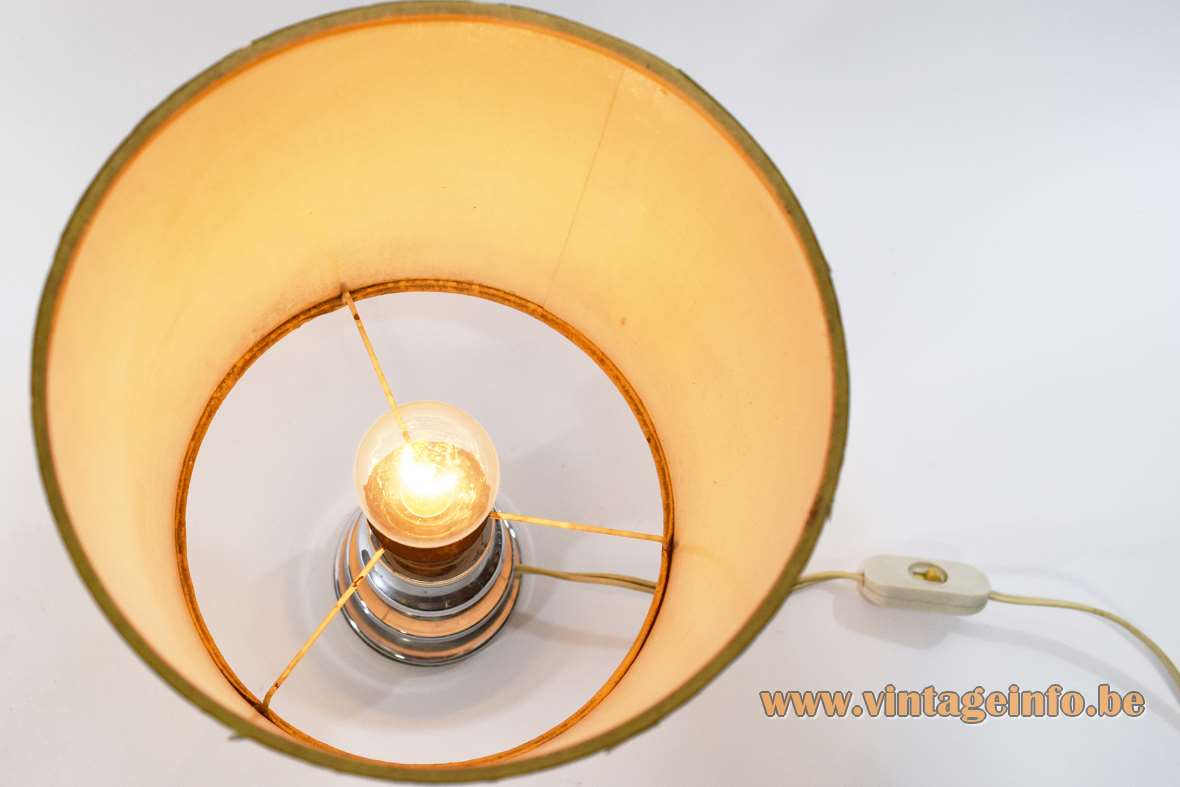 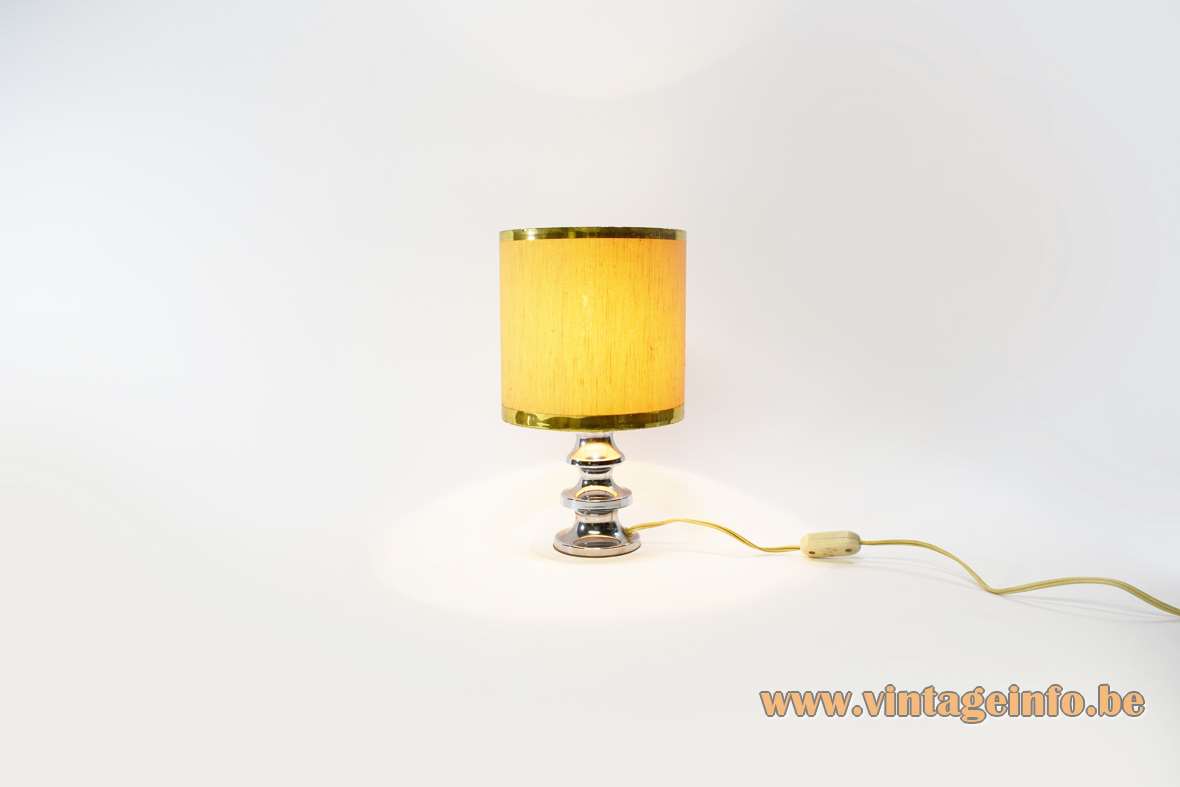 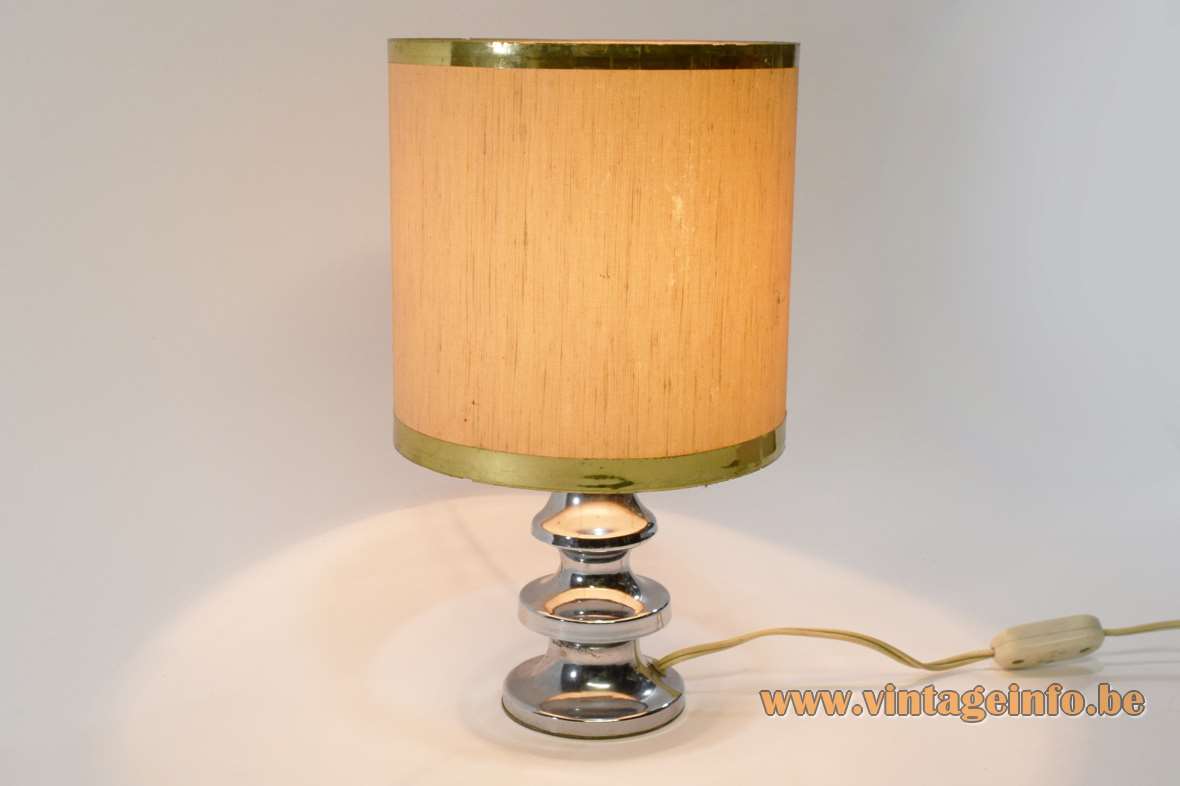 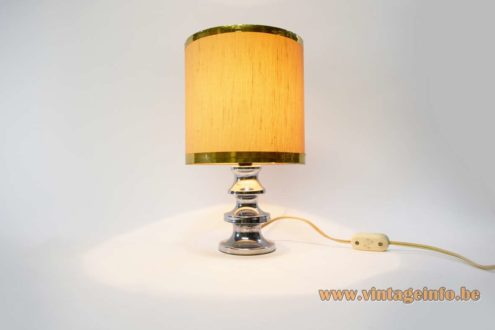 Other versions: This 1970s chrome table lamp was made in several sizes. This one is the smallest version. It can also be used as a bedside lamp.