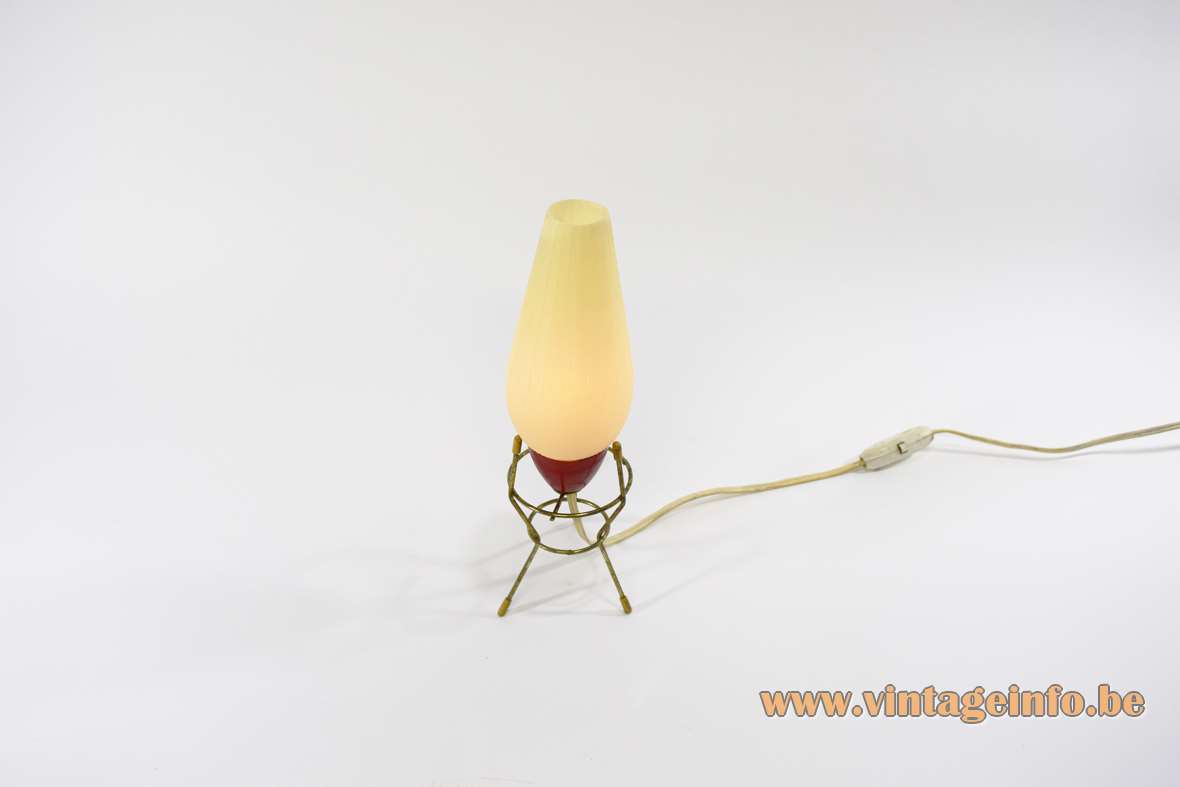 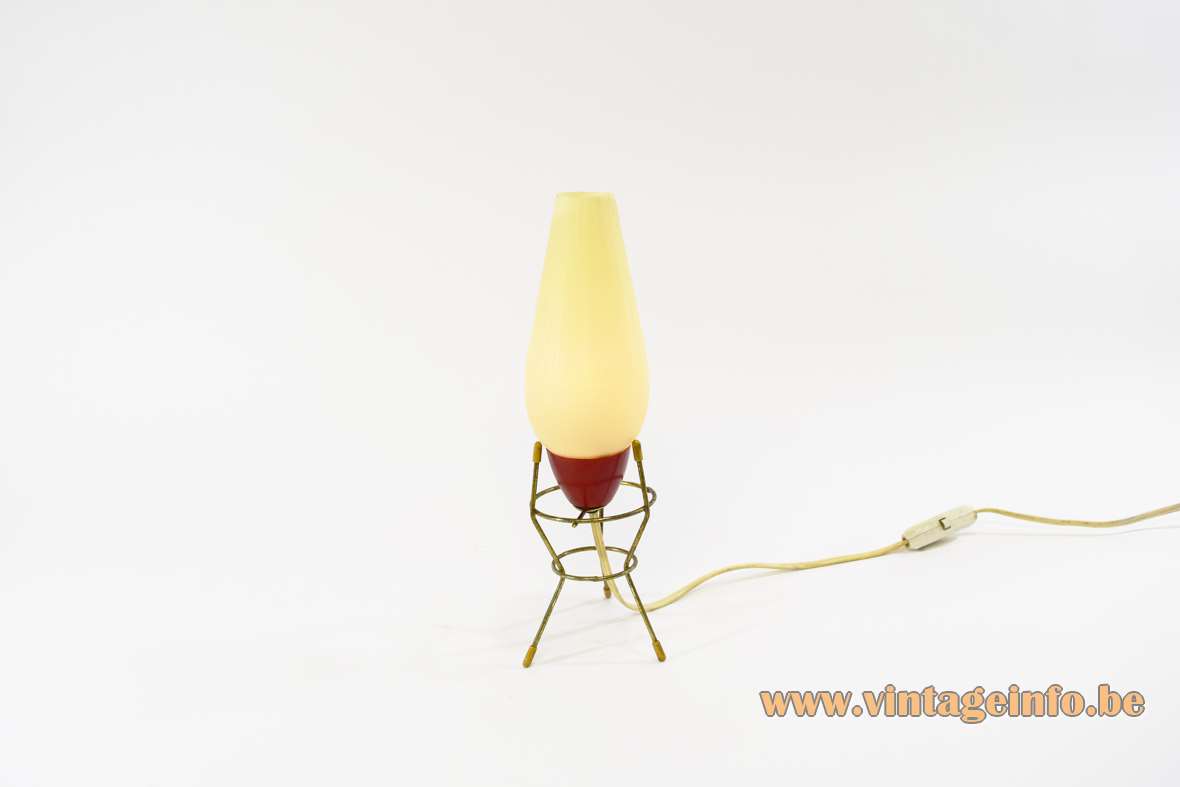 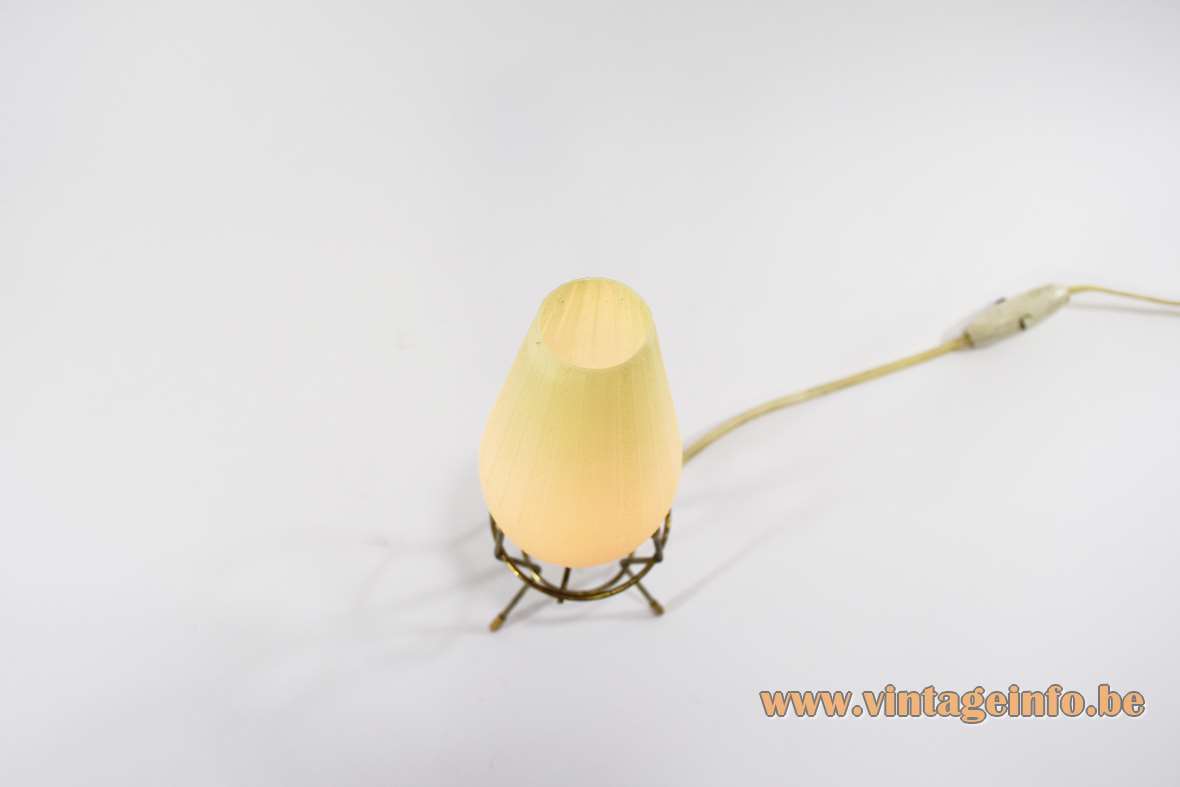 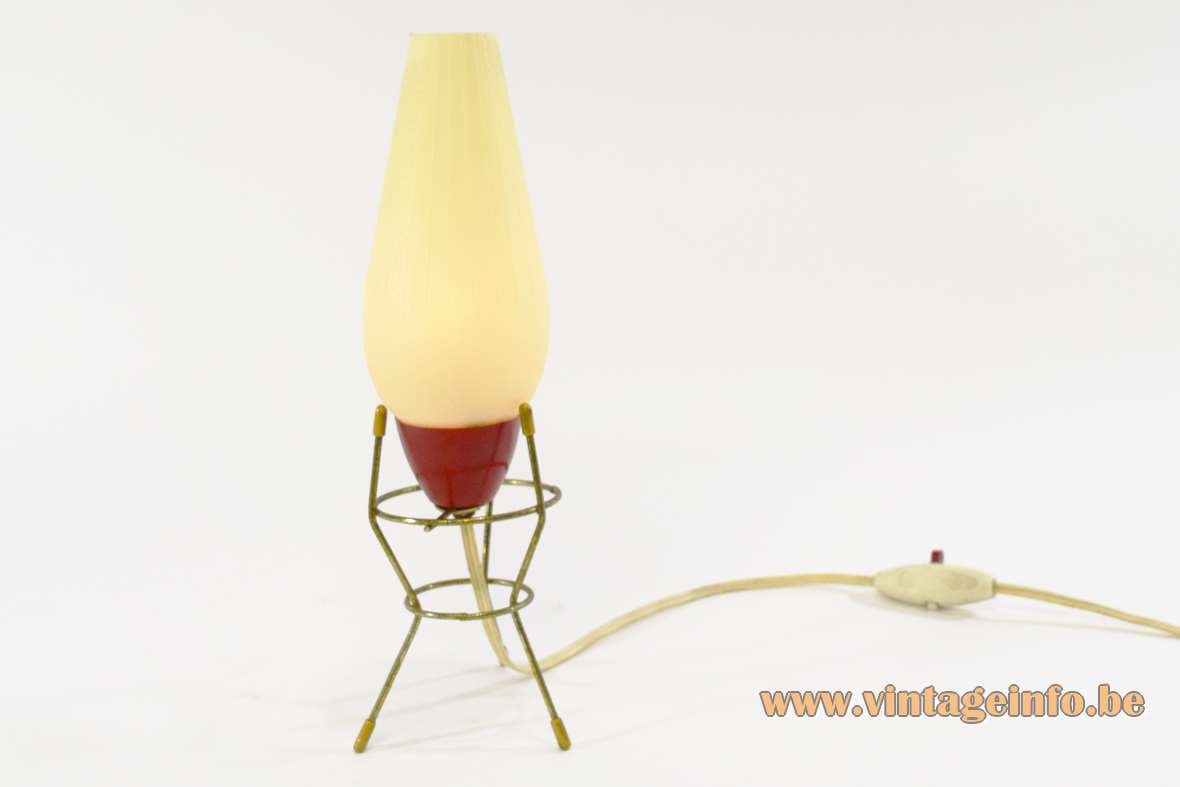 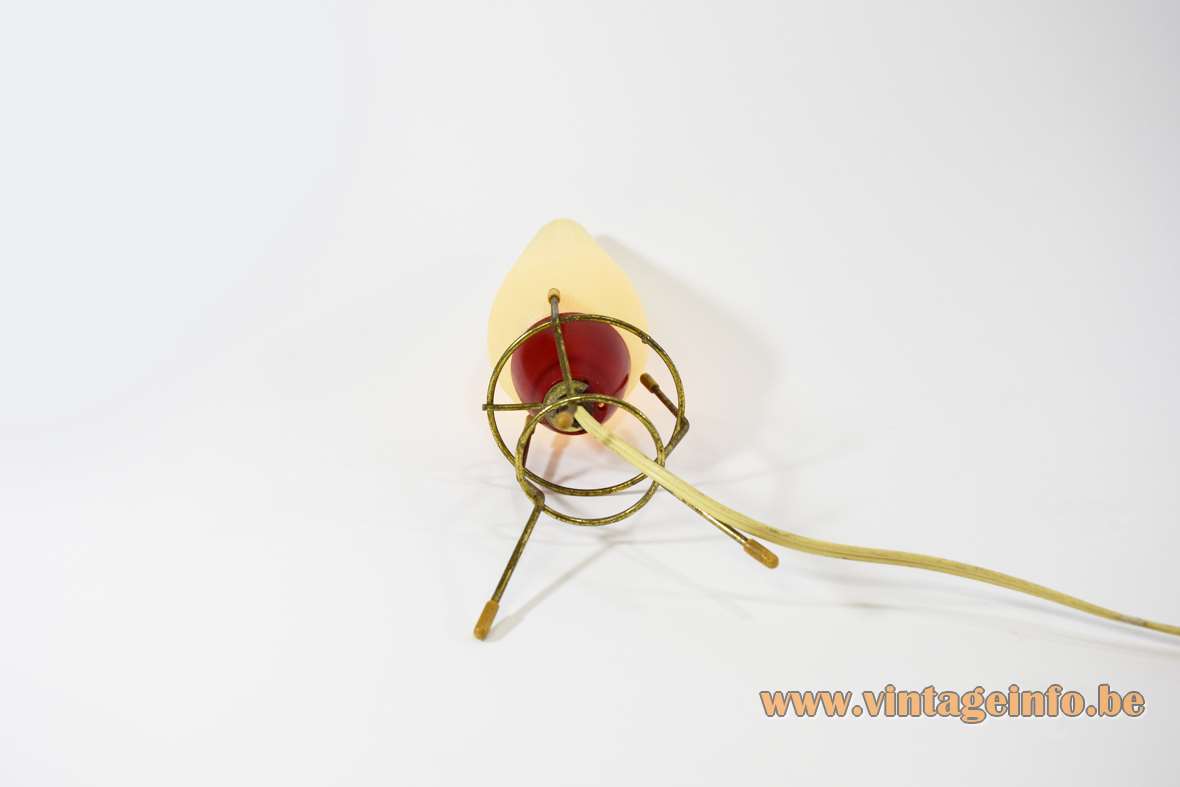 Other versions: This 1950s tripod bedside table lamp exists in some variations.

The electric parts were replaced, probably in the 70s. The wiring and the plug is from that period. Al the other parts are 1950s. The socket has no label whatsoever and the switch is made in East Germany by VEB Leuchtenbau.

These lights were made in Germany by VEB Leuchtenbau from Lengefeld. On the socket is a label with written on it: je fassg. 60 W = je fassung 60 Watt, German for: Each socket 60 Watt. Together with the logo of the company.