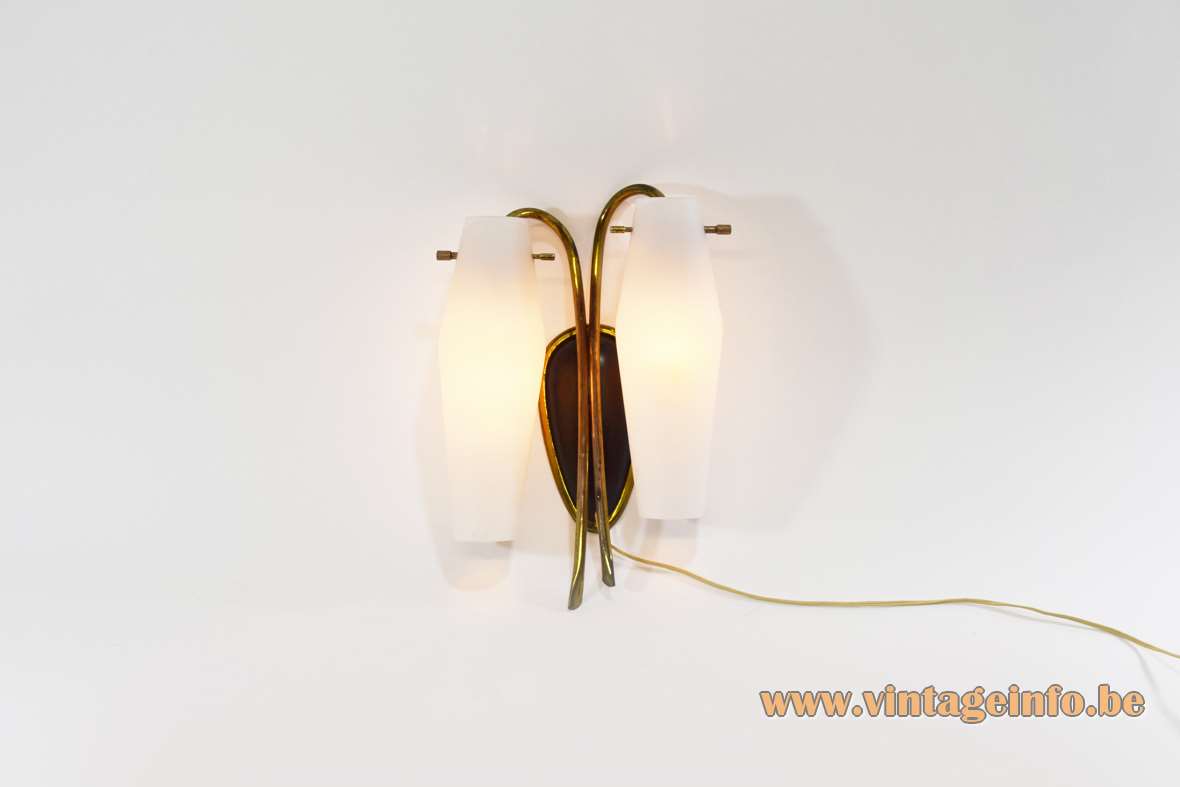 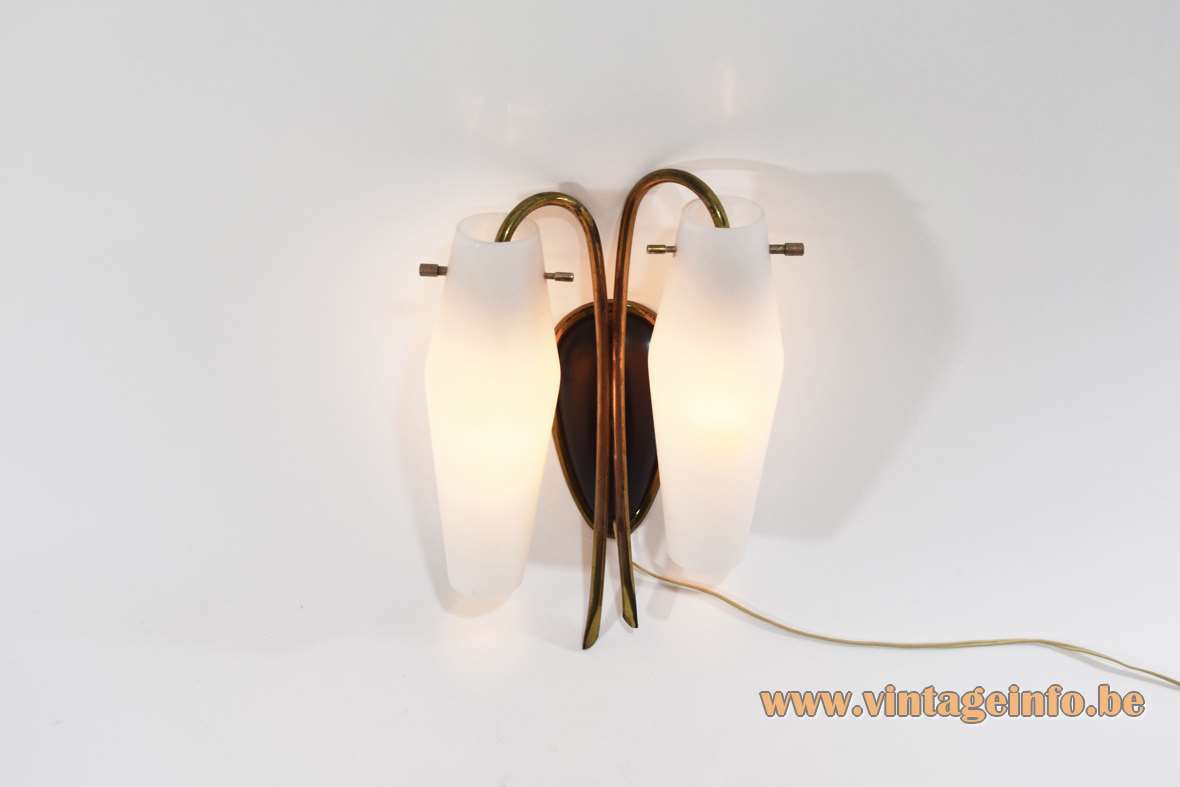 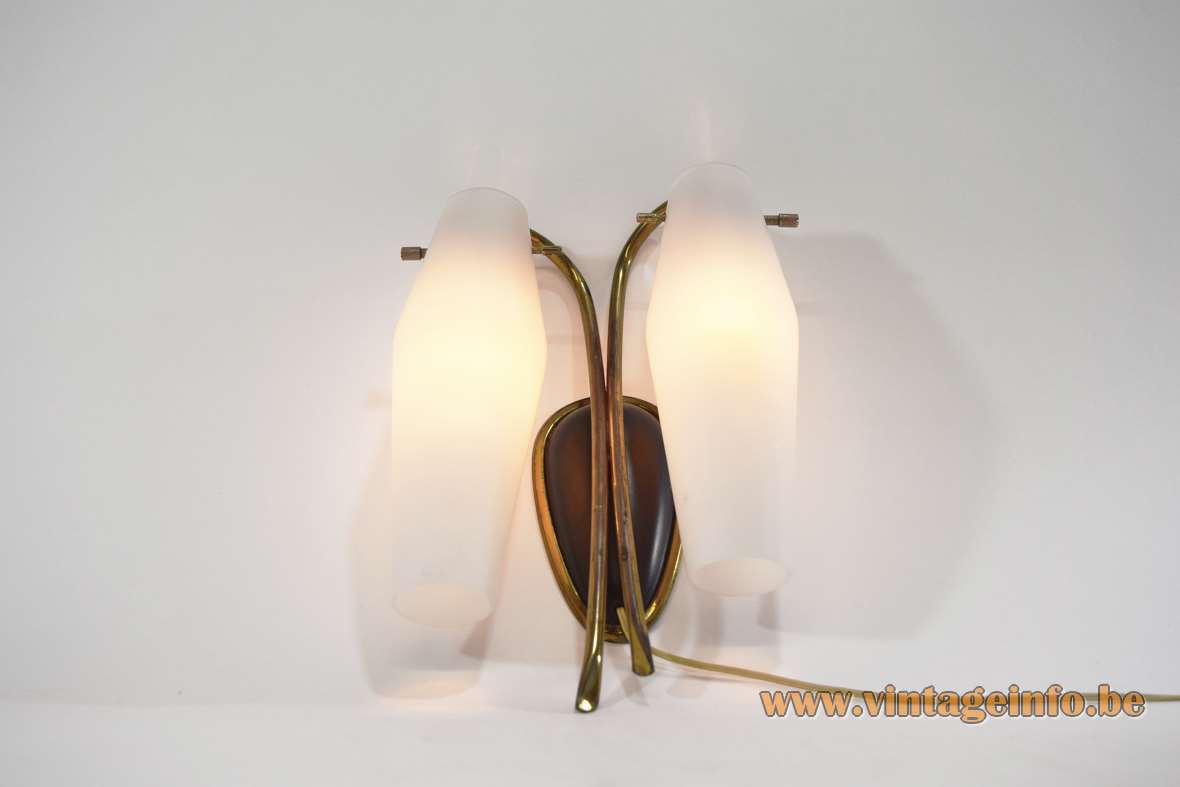 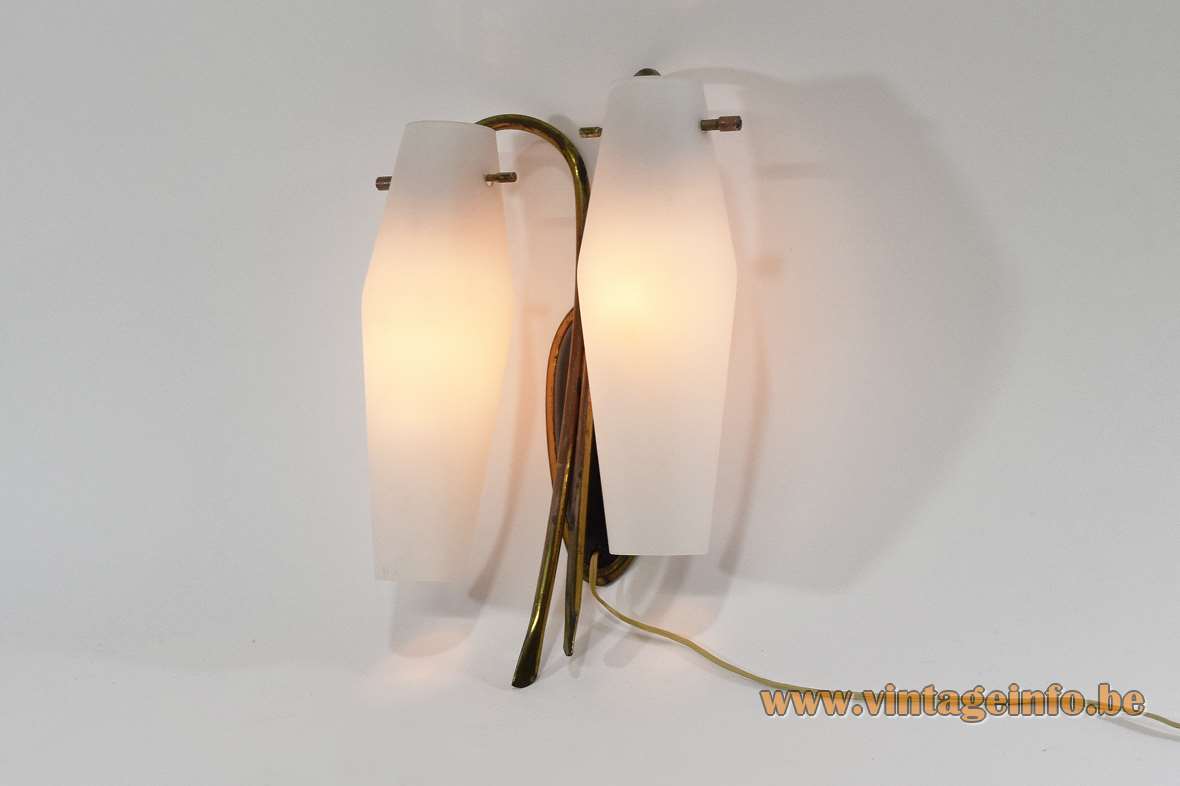 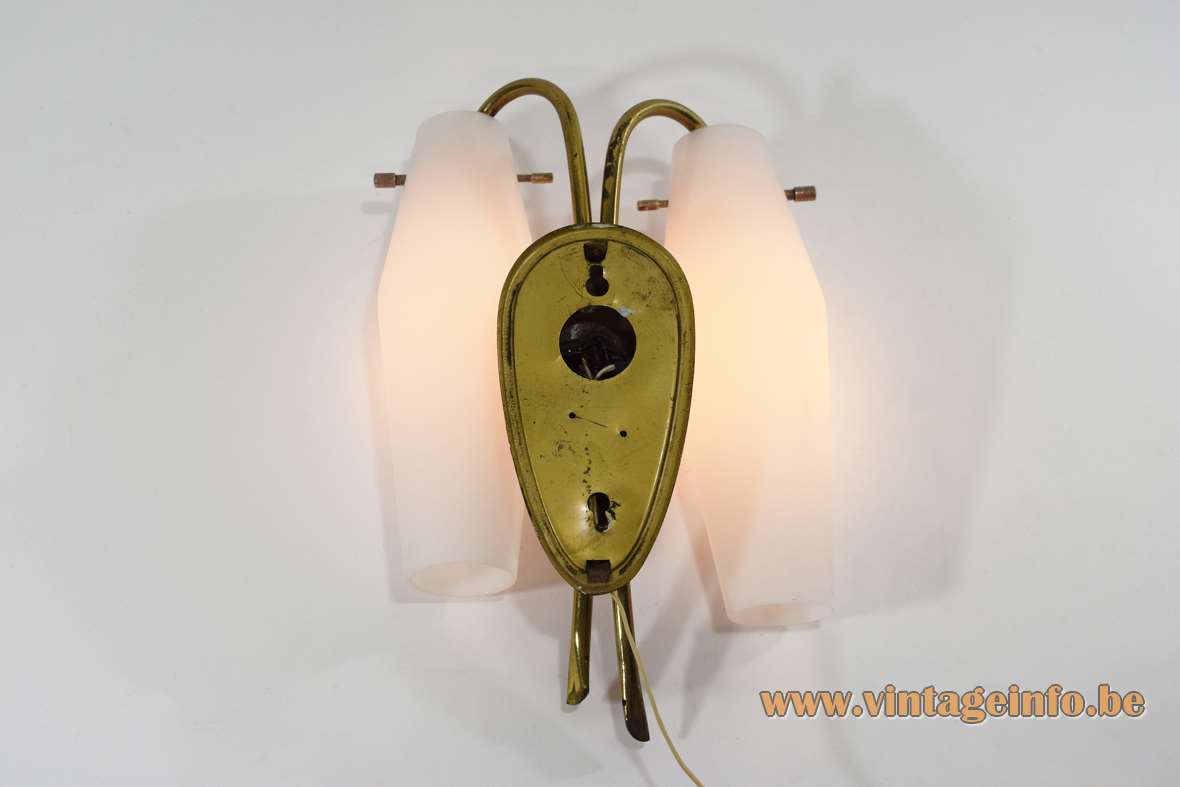 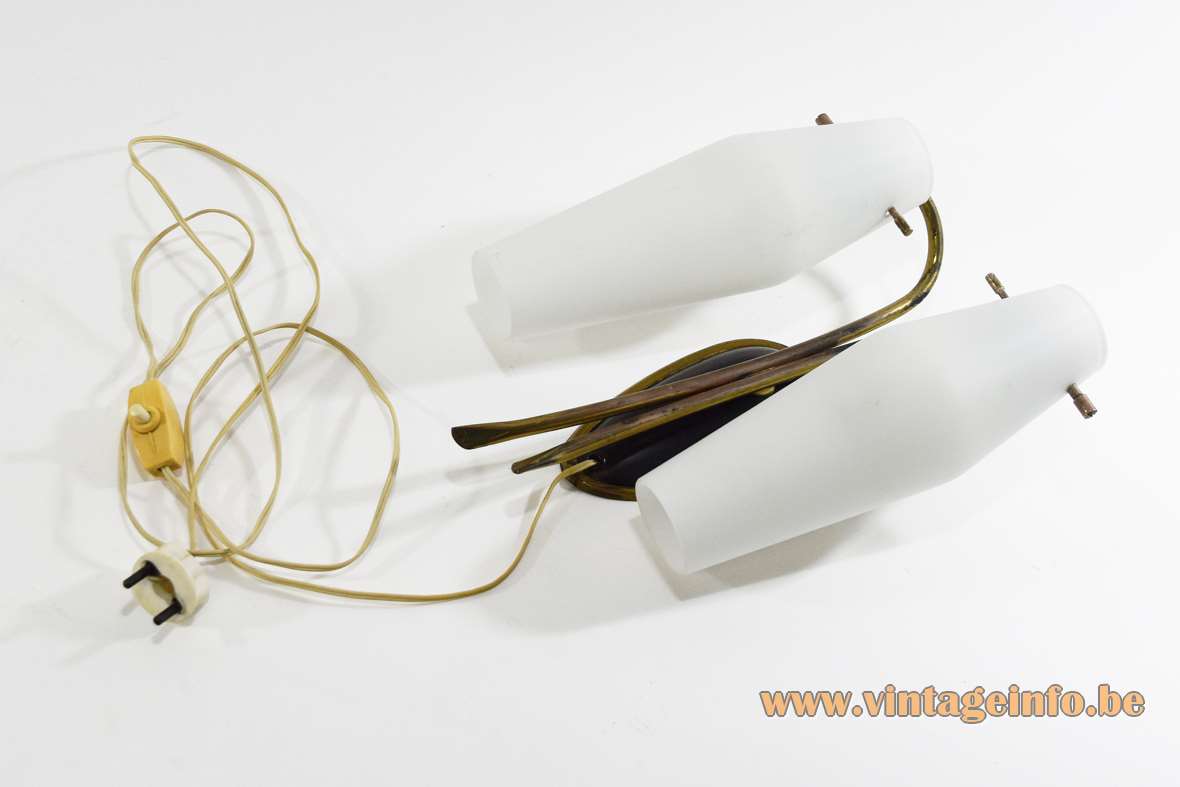 Other versions: This 1950s lampion wall lamp, lantern style was probably also made as a single wall lamp. The diamond shaped opal glass lampshades were also used for chandeliers.

Lamps with similar diamond shaped glass lampshades were also made by Raak from Amsterdam, The Netherlands: Raak Lantern Pendant Lamp. Many other companies produced similar lamps.