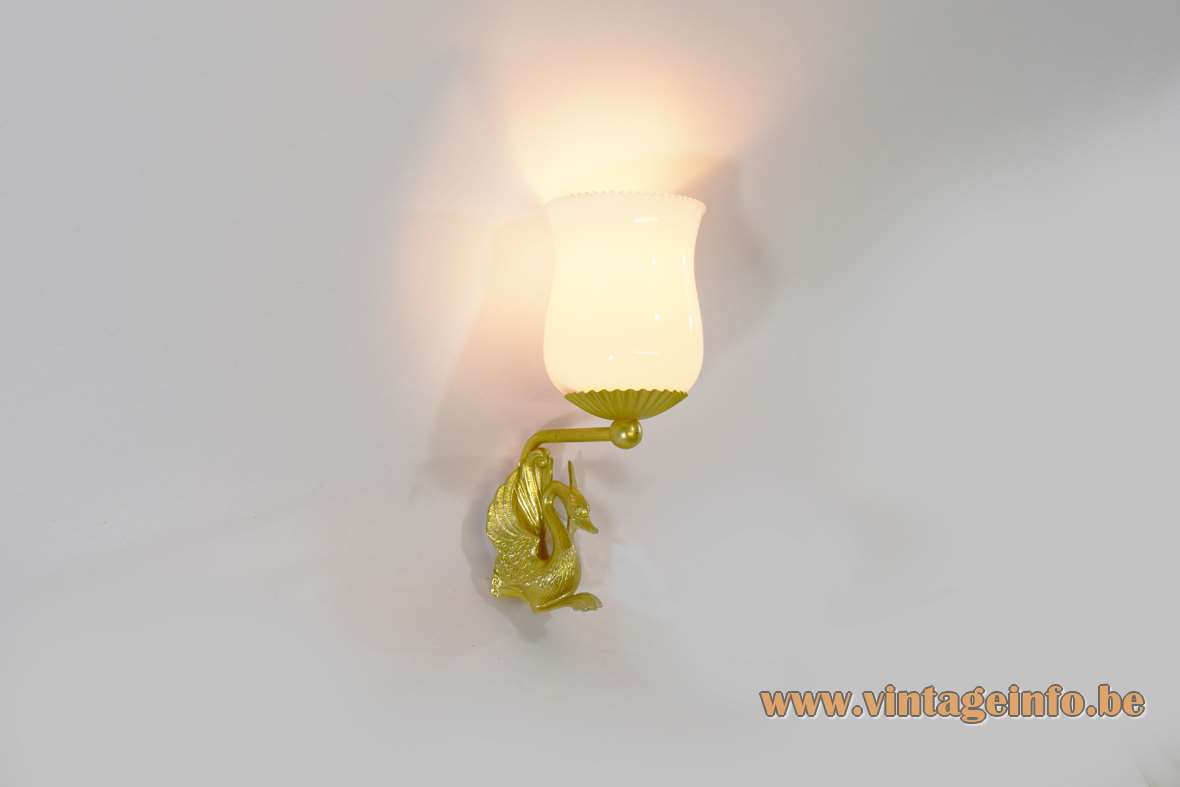 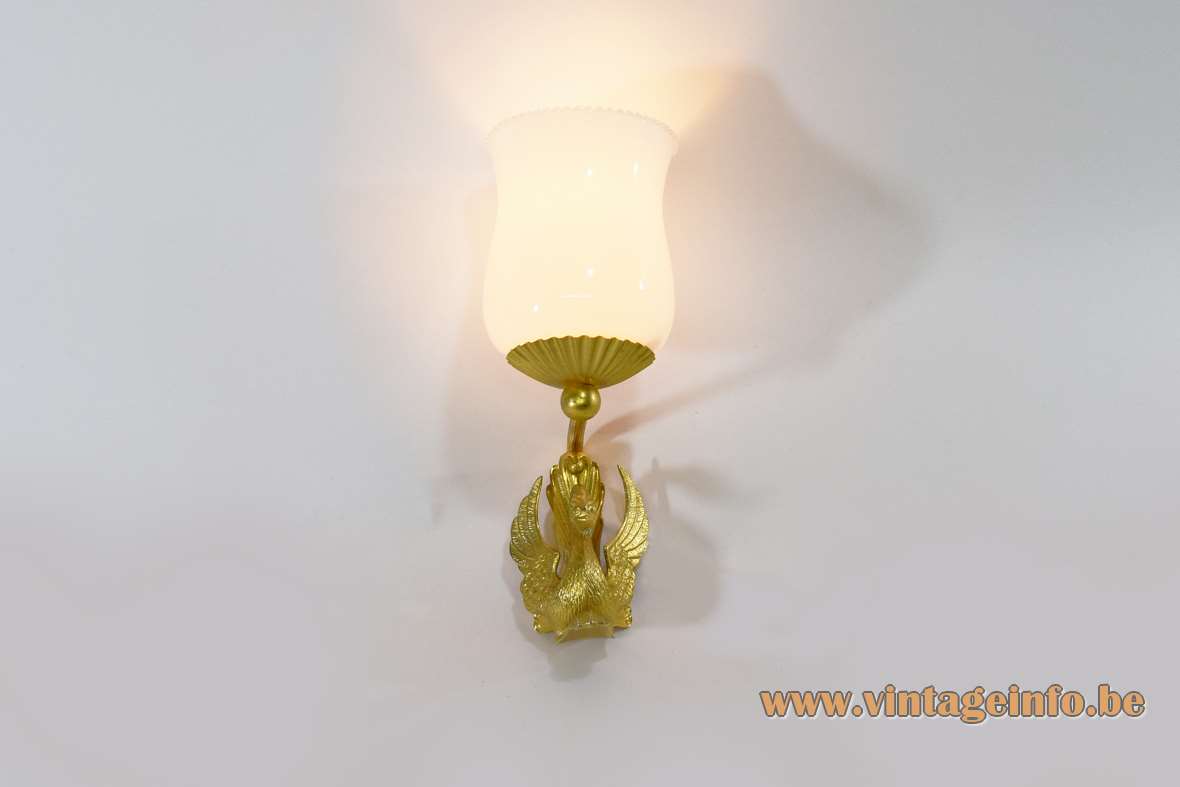 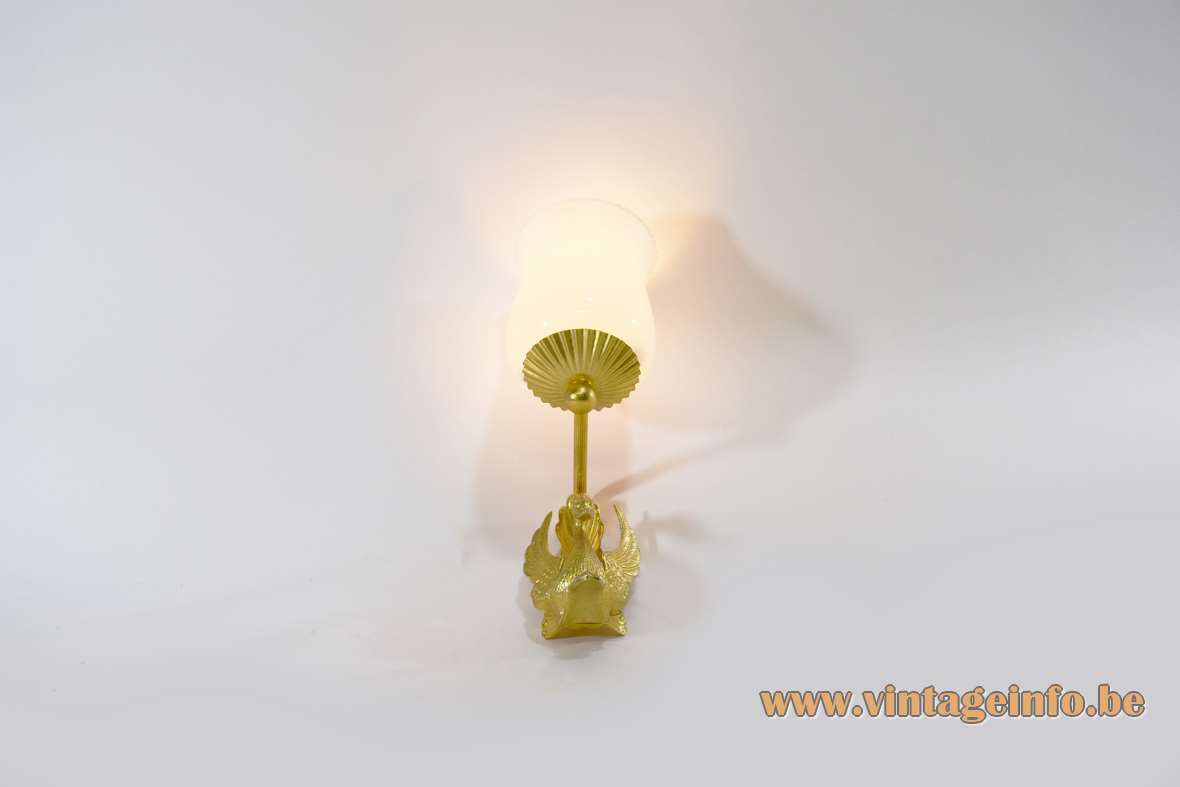 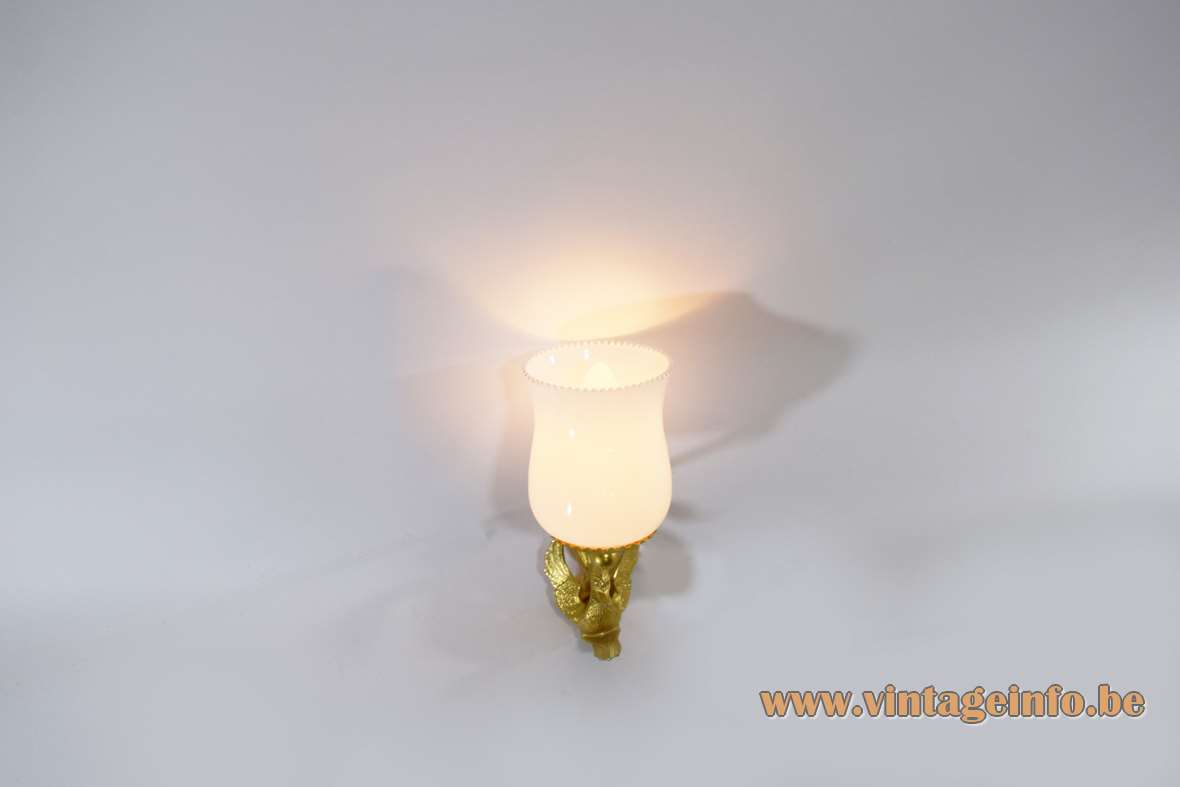 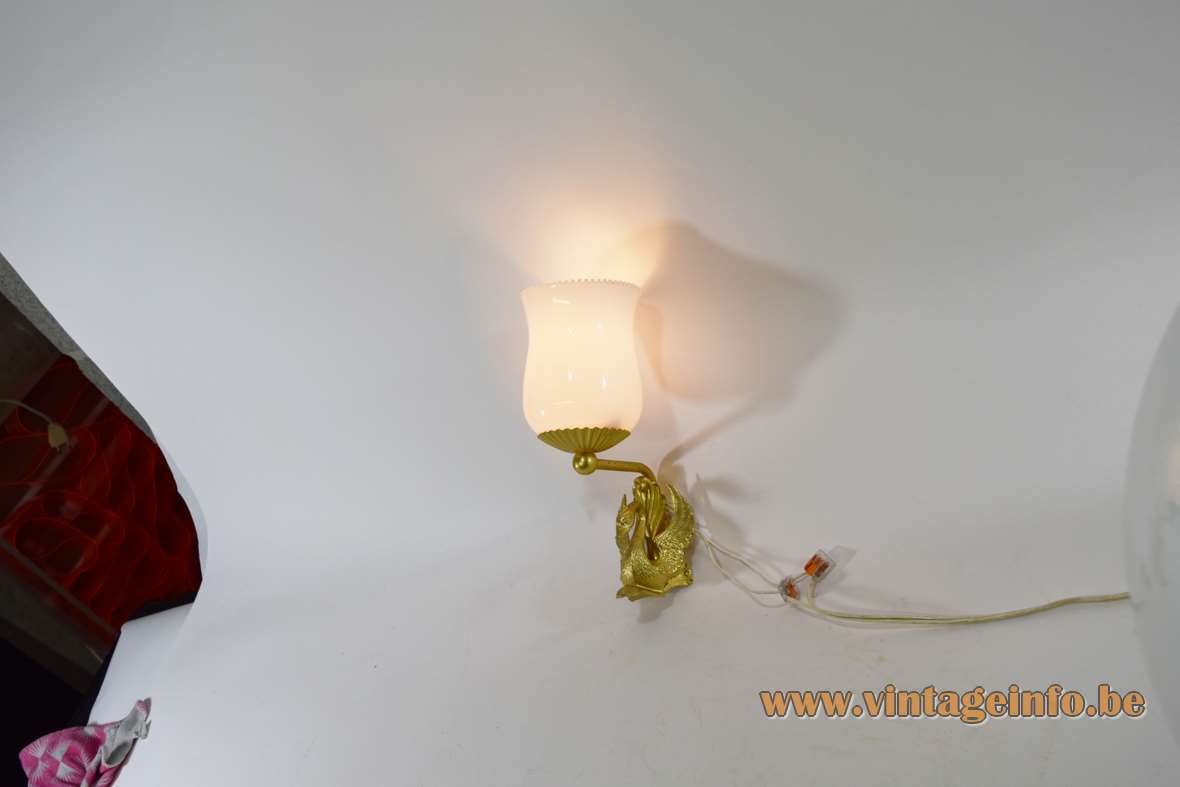 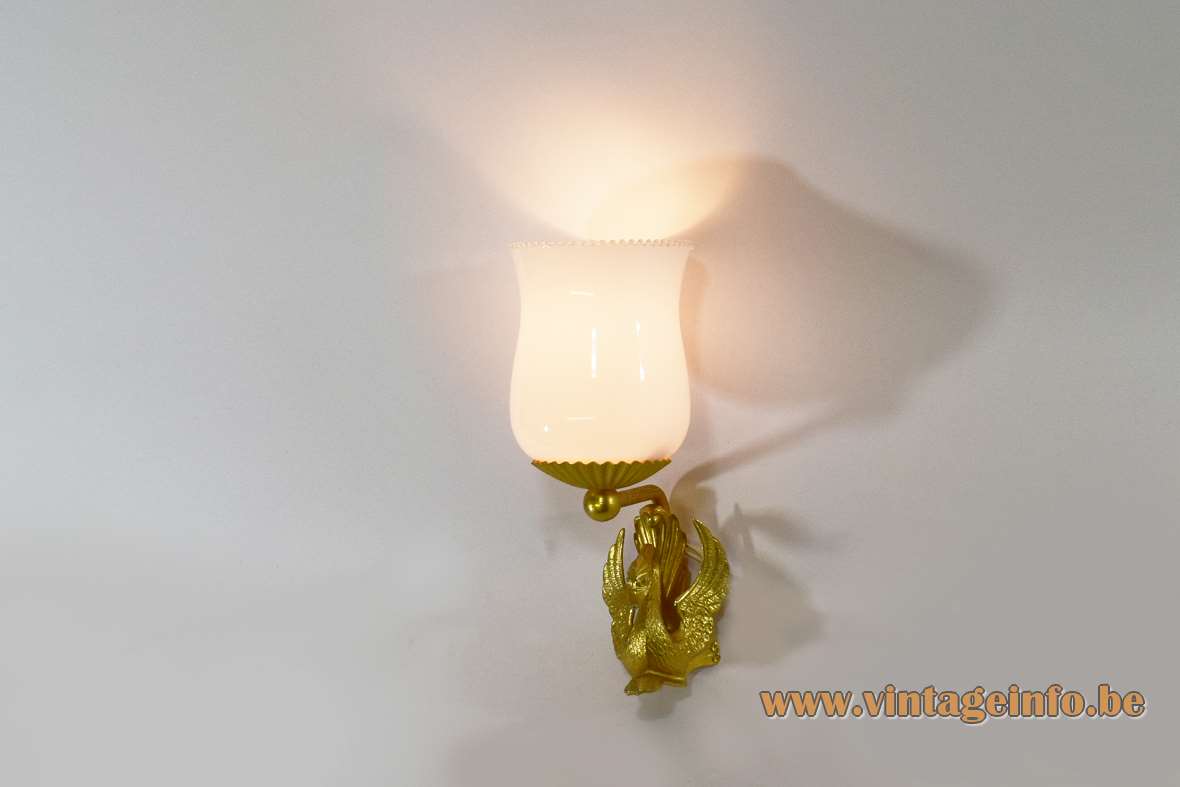 Manufacturer:  To be appraised.

Other versions: This 1950s Empire style swan wall lamp was in all probability also made as a chandelier in several variations.

These lamps are often attributed to French companies. But they were of course made at multiple locations. This wall lamp is from Italy. It was acquired there some years ago on a flea market in Florence.

The Empire style is an early-nineteenth-century design movement, representing the second phase of Neoclassicism. From France it spread into much of Europe and the United States. The style originated of the Emperor Napoleon I in the First French Empire. The style corresponds with the Biedermeier style in the German and Dutch-speaking countries, the Regency style in the UK and the Federal style in the US. The previous style in France had been the Louis XVI style.

Do you have an idea about this wall lamp? Please let us know through the contact form and help improve the websites exactitude. Your help is much appreciated. 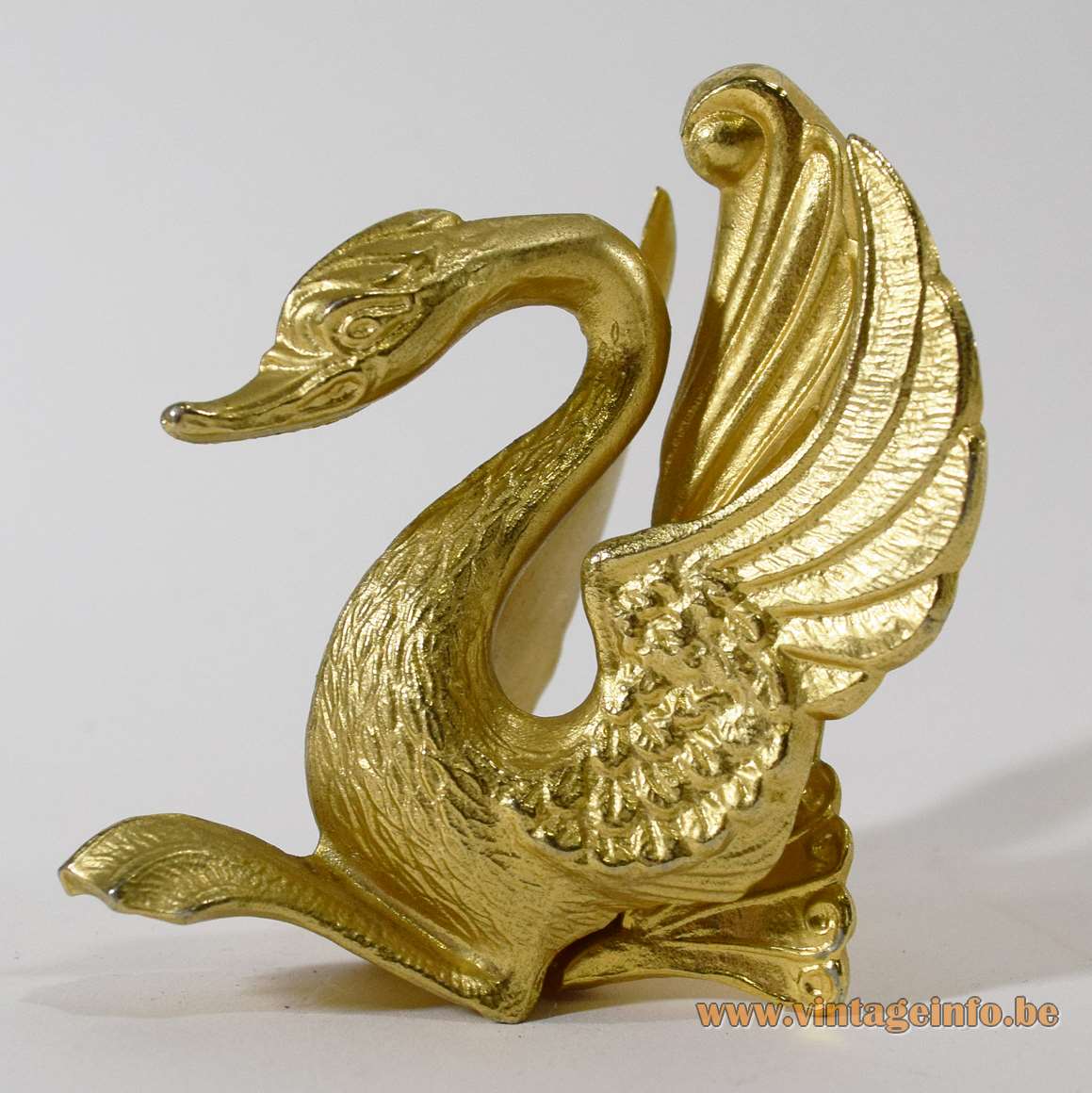 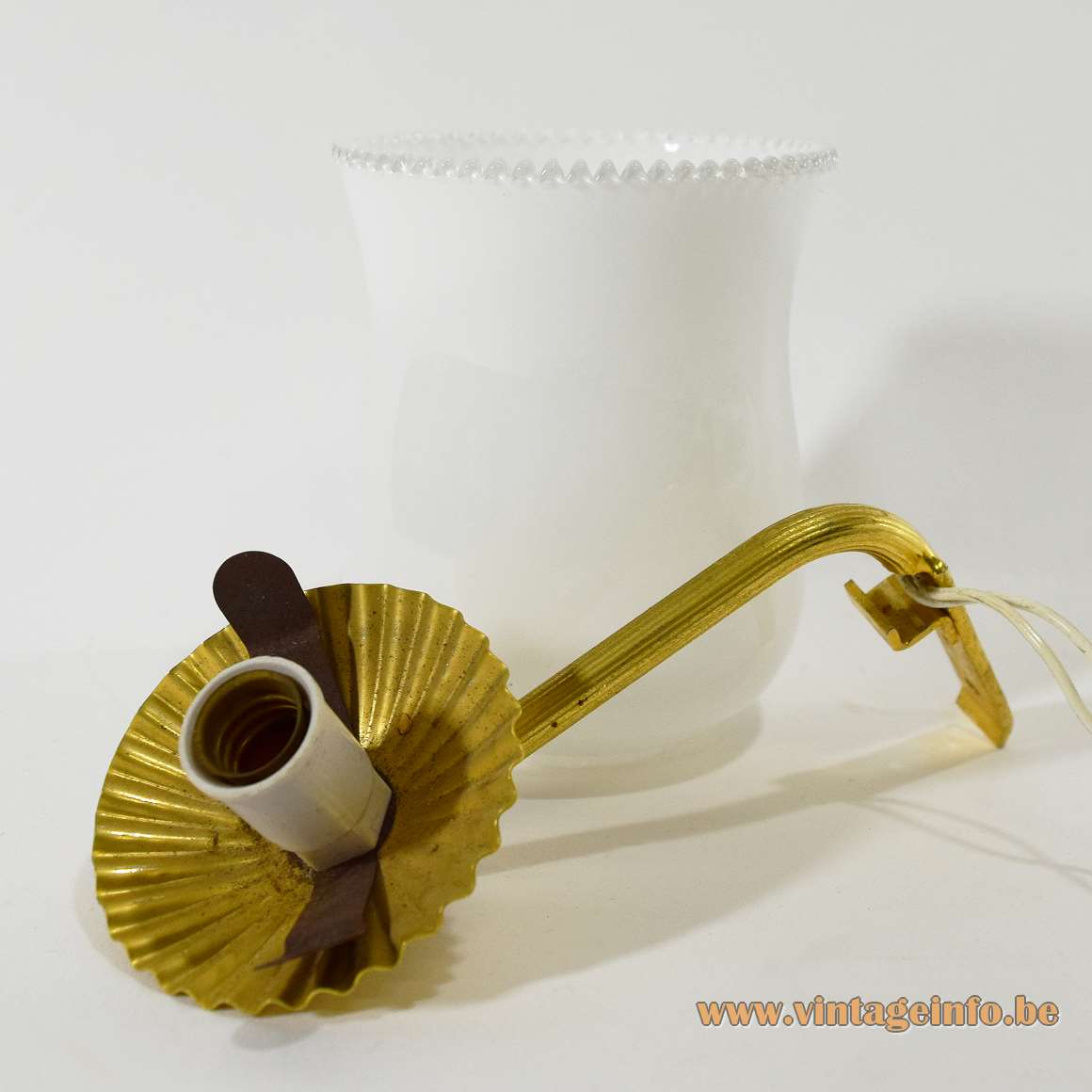