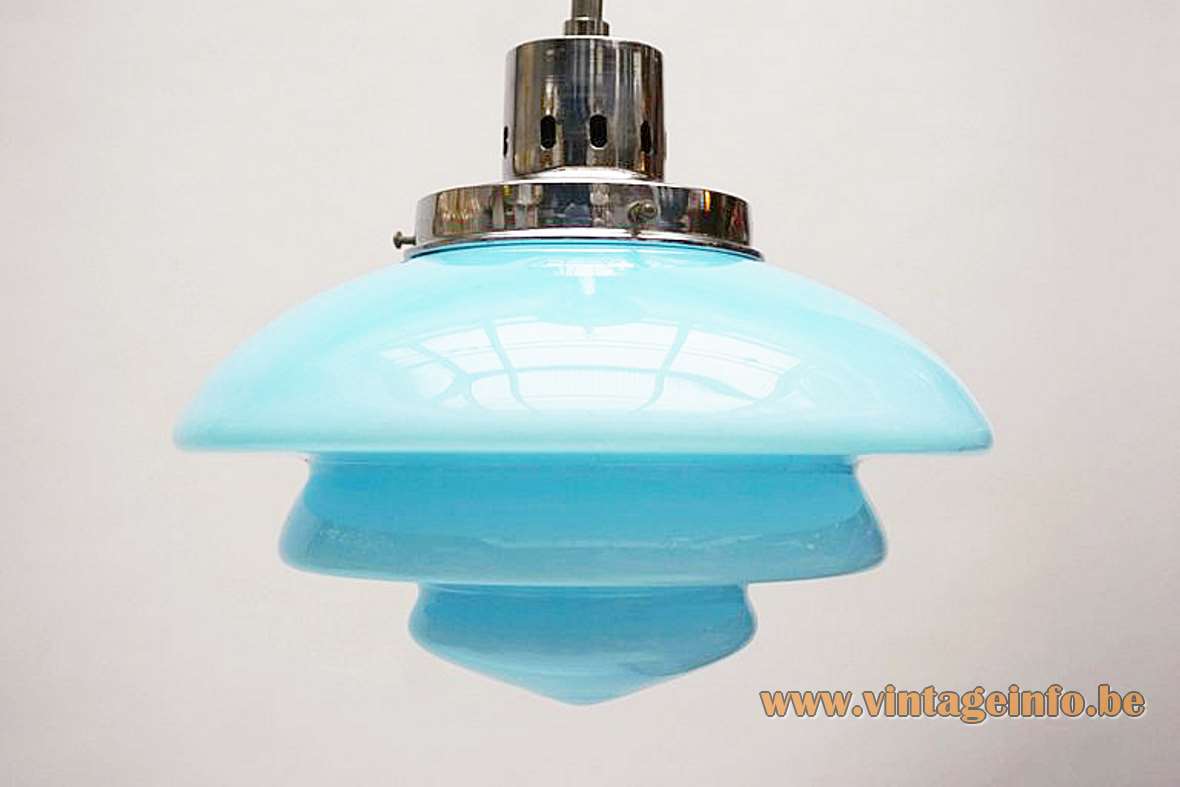 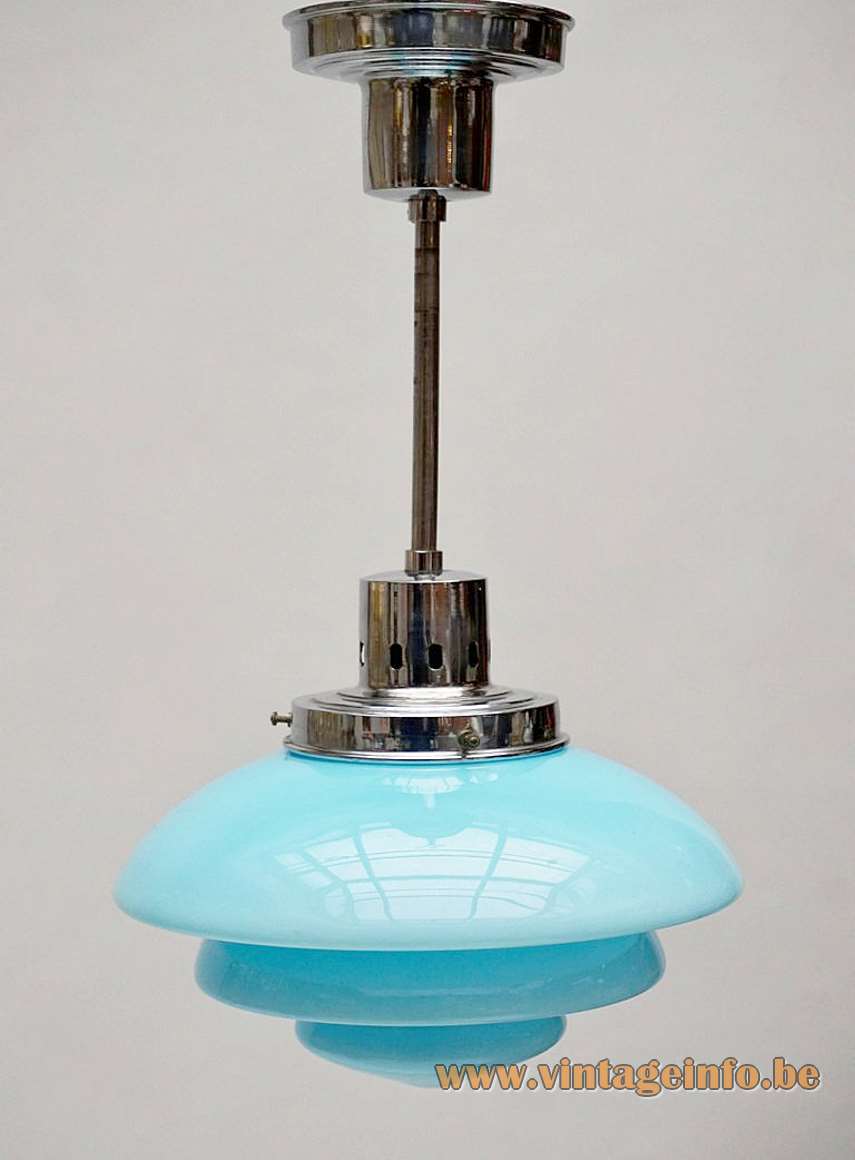 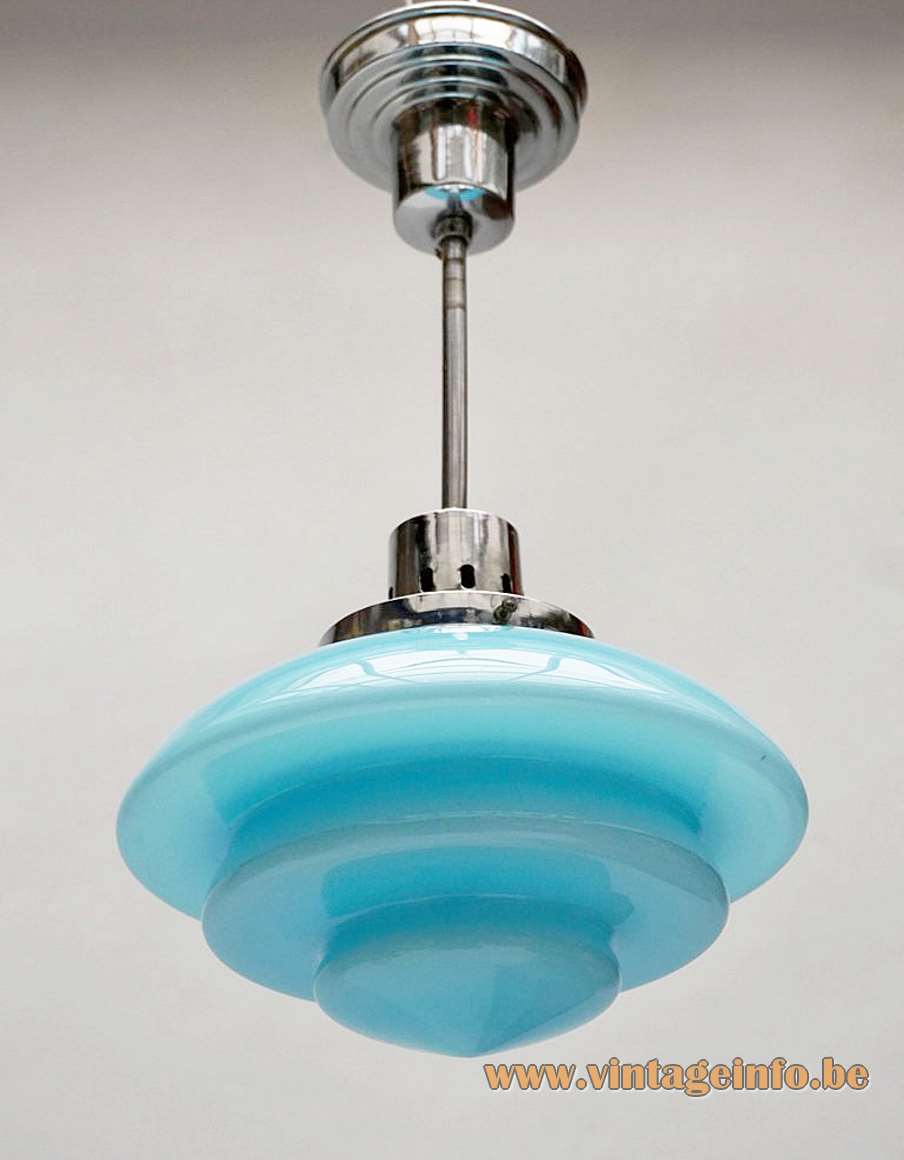 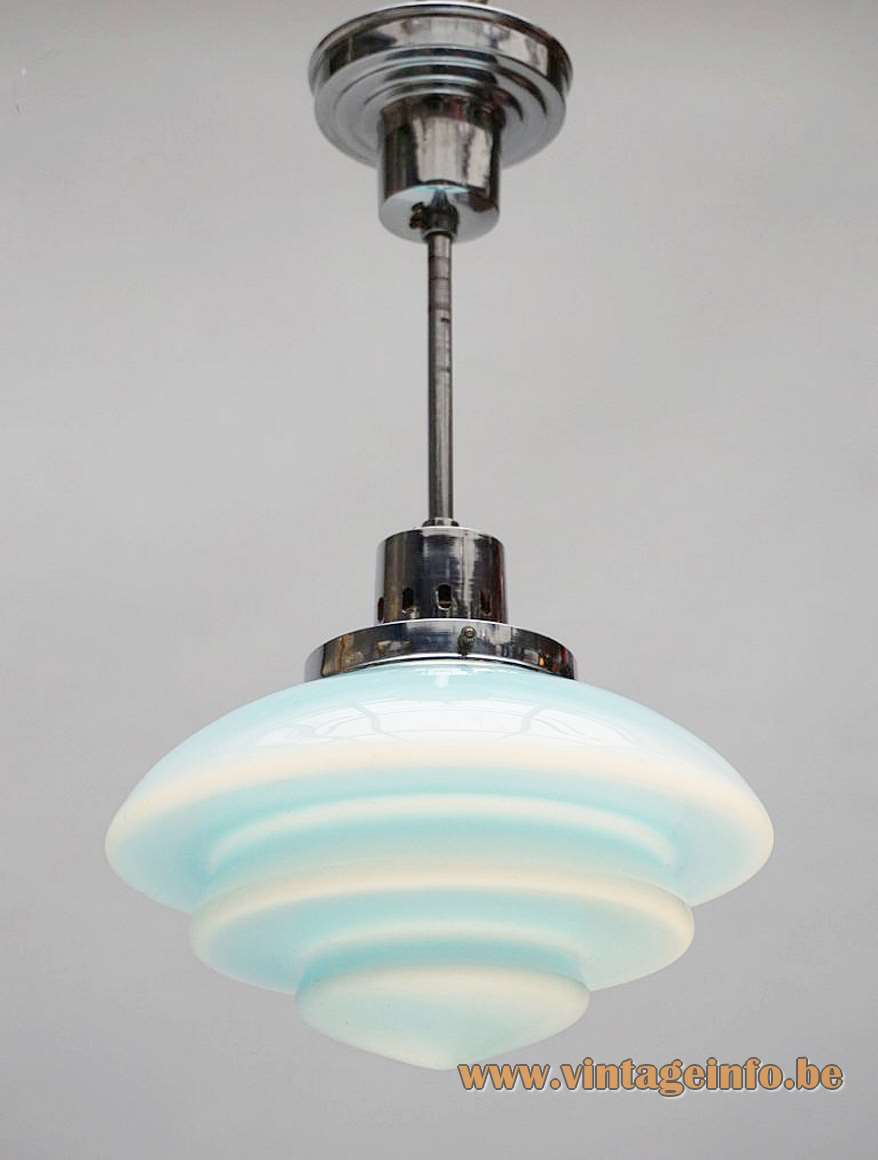 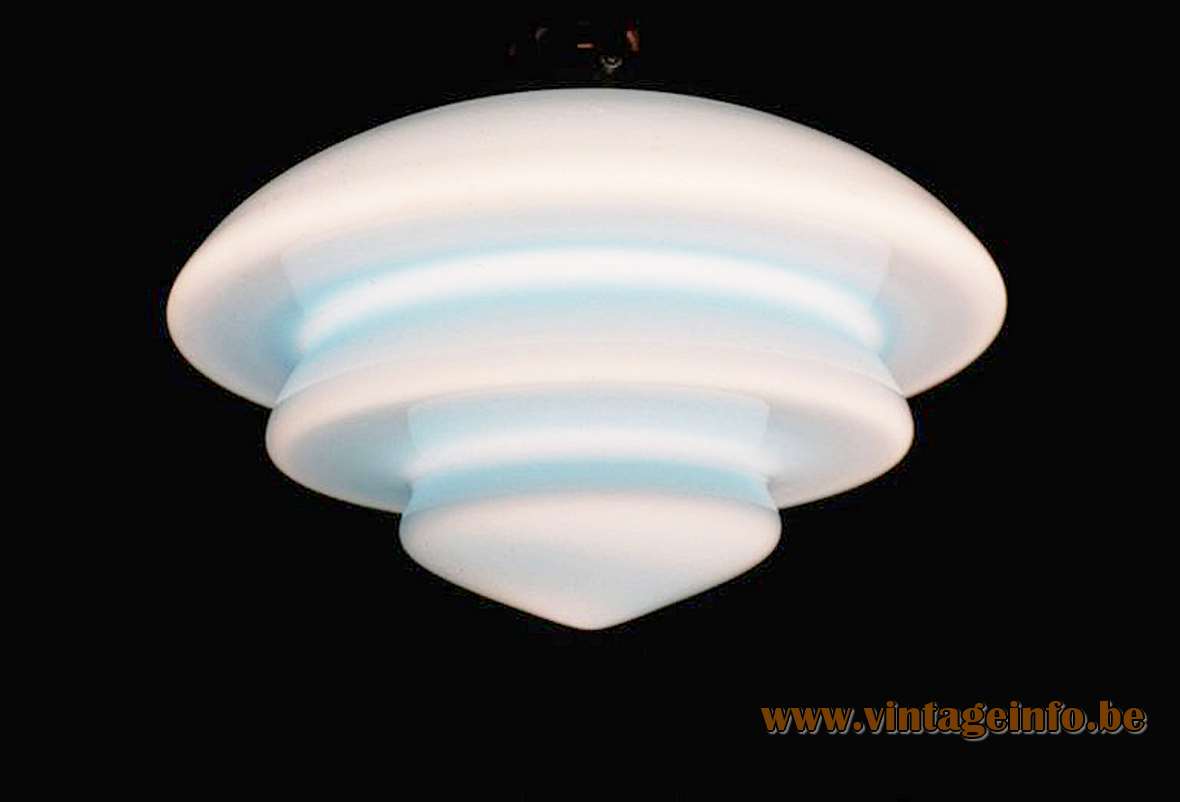 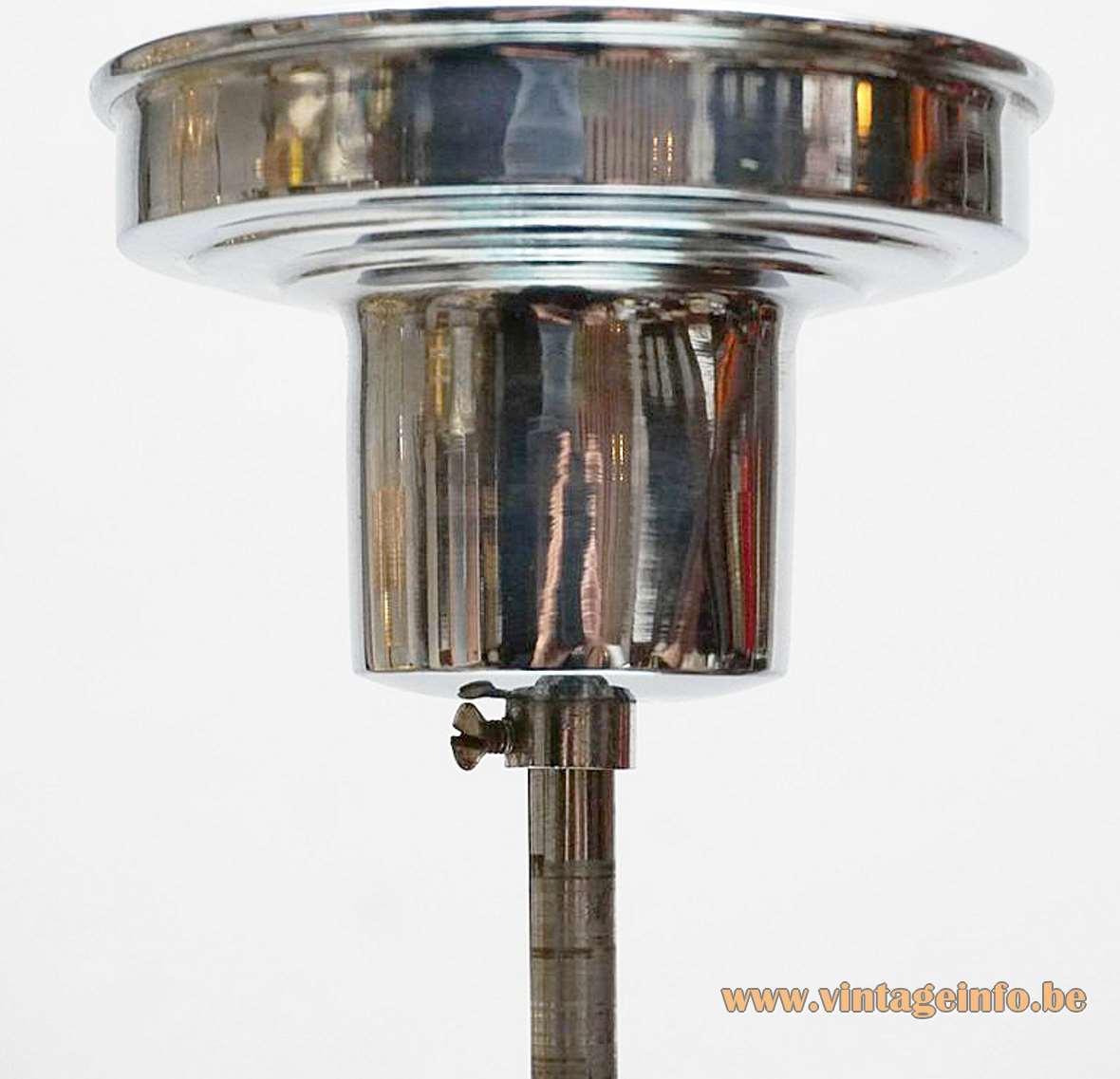 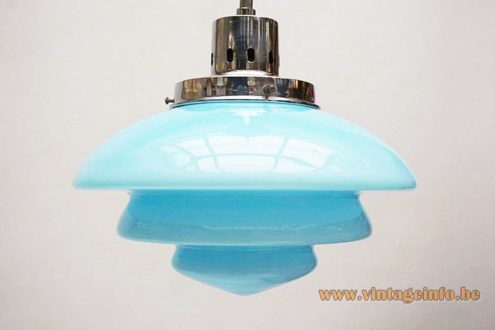 Electricity: 1 bulb E27, 1 x 100 watt maximum, 110/220 volt.
Any type of light bulb can be used, not a specific one preferred. For this setup a frosted light bulb was used. It gives a better result. Clear bulbs often create stripes on the walls.

Other versions: This 1930s Taito art deco pendant lamp was in all probability made in several colours and variations.

Tynell’s best-known works include designing the lighting for the Lasipalatsi (the glass palace) in Helsinki and implementing the lighting of the UN Secretary-General’s office.

From the 1930’s until the 1950’s, Tynell was one of the most popular lighting designers of public spaces. Alvar Aalto worked with Tynell in designing furnishings and lighting. Paavo Tynell’s spouse Helena was a glass designer since 1947.

In 1953, Idman Oy, acquired the majority of shares in Taito Oy. Paavo Tynell continued to work for the company on a freelance basis, through his own design firm.

Tynell is best known for the brass lamps he designed after the war, which were also exported to the United States. Tynell also designed unique luminaires for wealthy American homes. After breaking out of the design relationship with Idman, in the 1960s he designed lamps for American manufacturers Litecraft and Lightolier.

Many companies in Europe produced similar lamps during the interwar period. The Dutch company Gispen made a very similar pendant lamp in white glass.

Lamps in this style were, among others, designed by C.F. Otto Müller and produced by the German company Sistrah-Licht Gmbh from Carlsruhe. The lamps of Sistrah-Licht have a more sleek design but also the same light blue hand blown glass colour was used.

Other German companies such as Siemens and AEG (Allgemeine Elektricitäts-Gesellschaft – General Electric Company) produced similar lamps at that time. 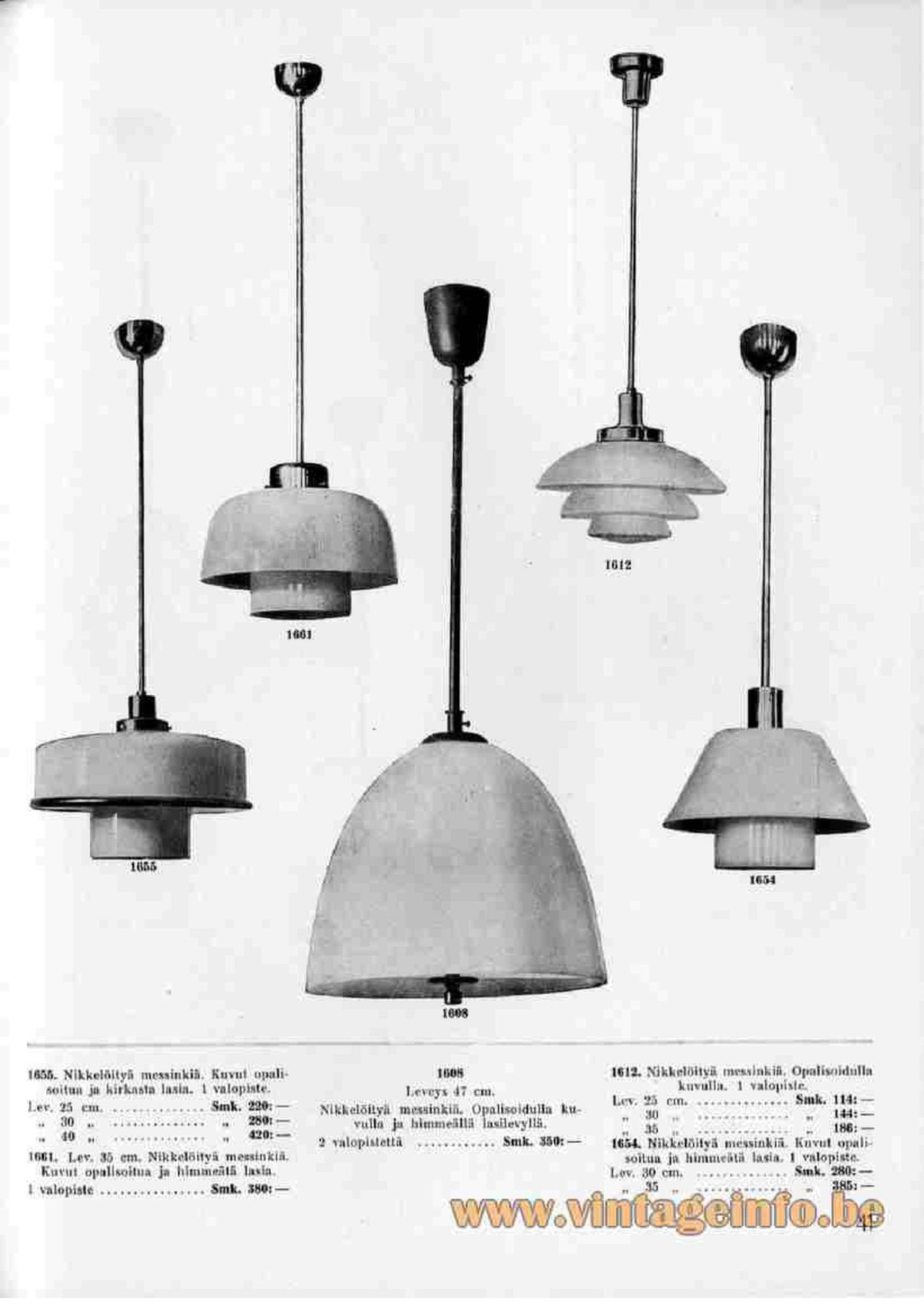 Many thanks to Frank from Flowermountain.be for the pictures and the enthusiasm. And many thanks to Alexander for the enlightening information.