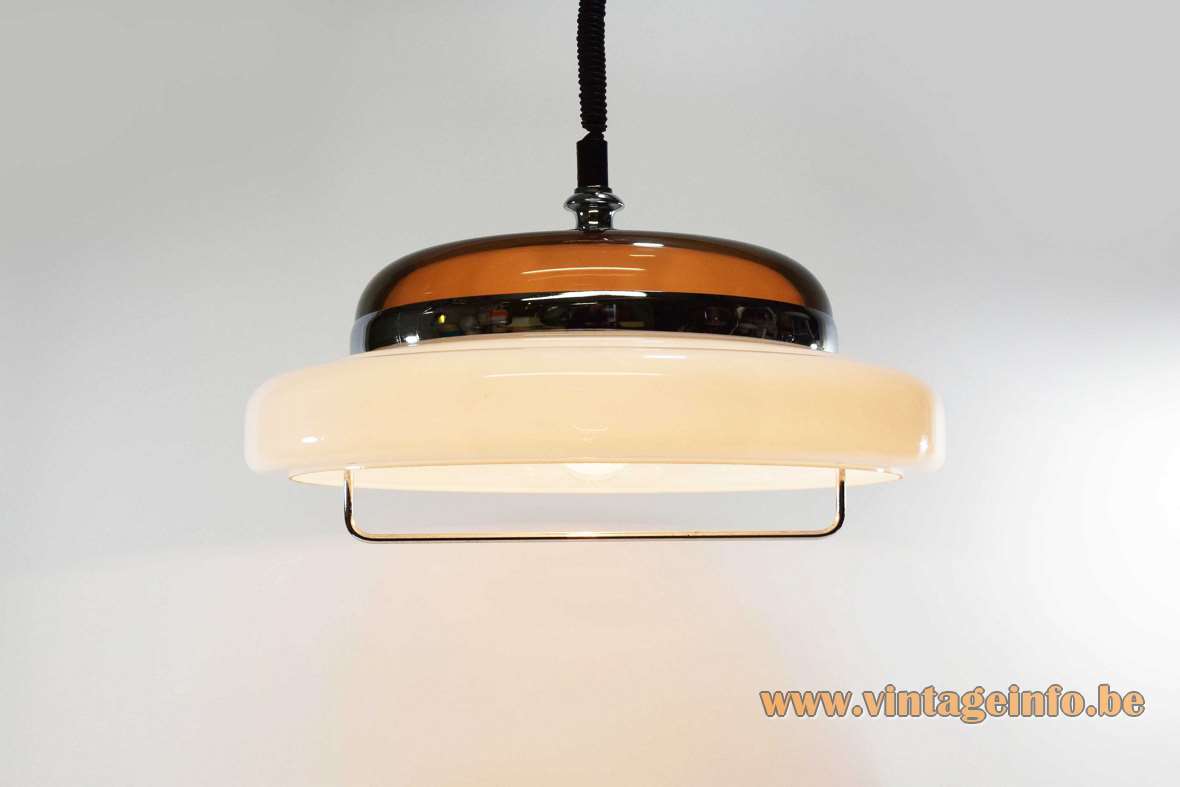 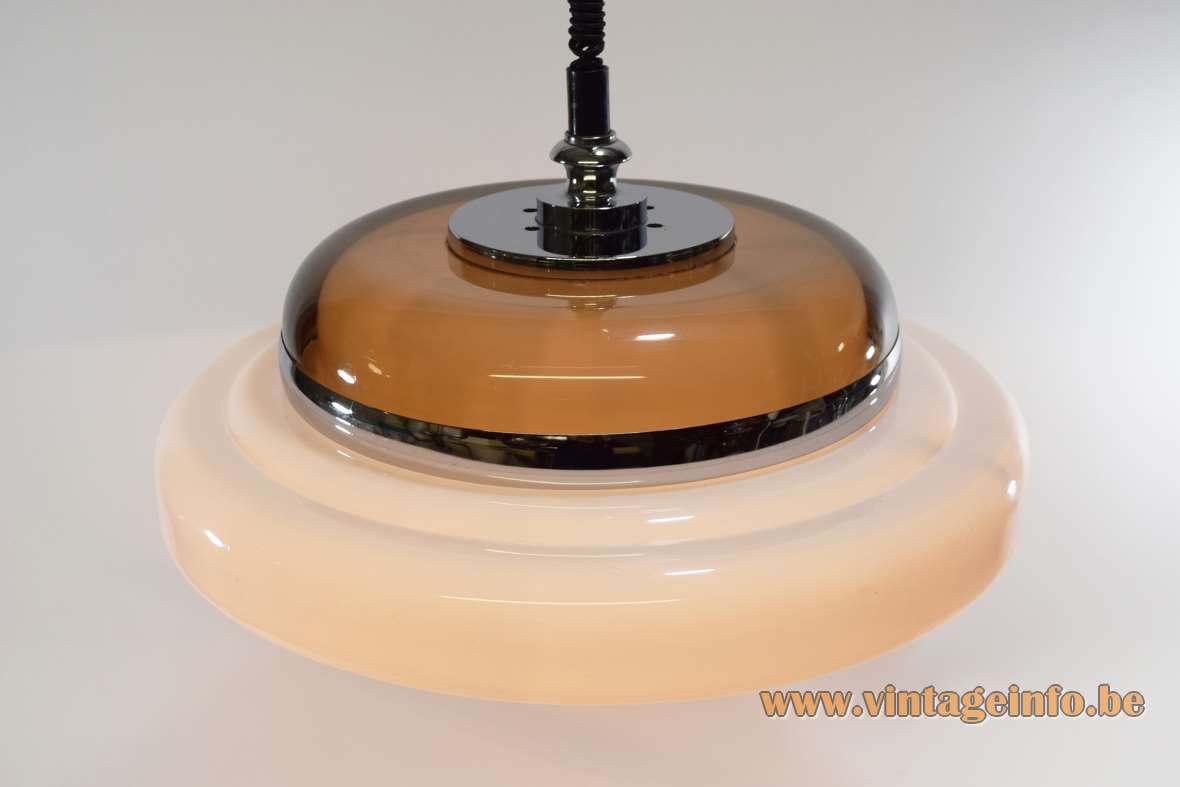 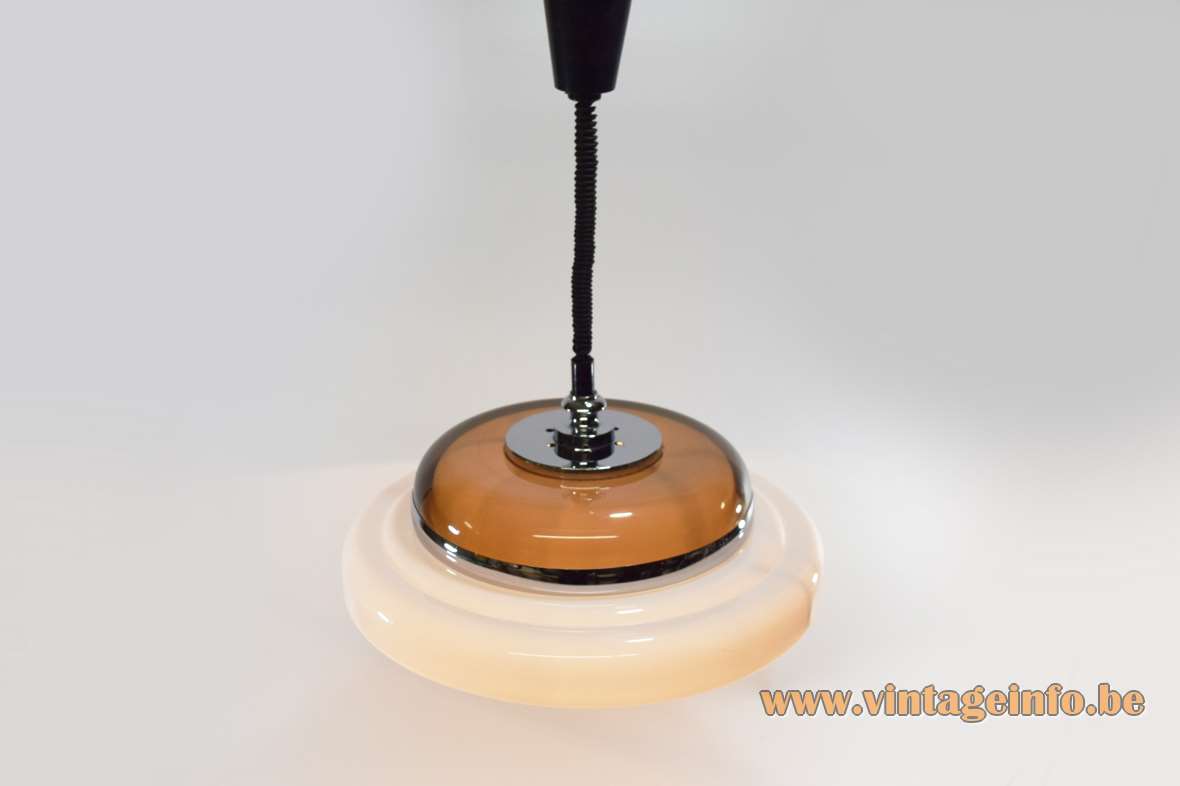 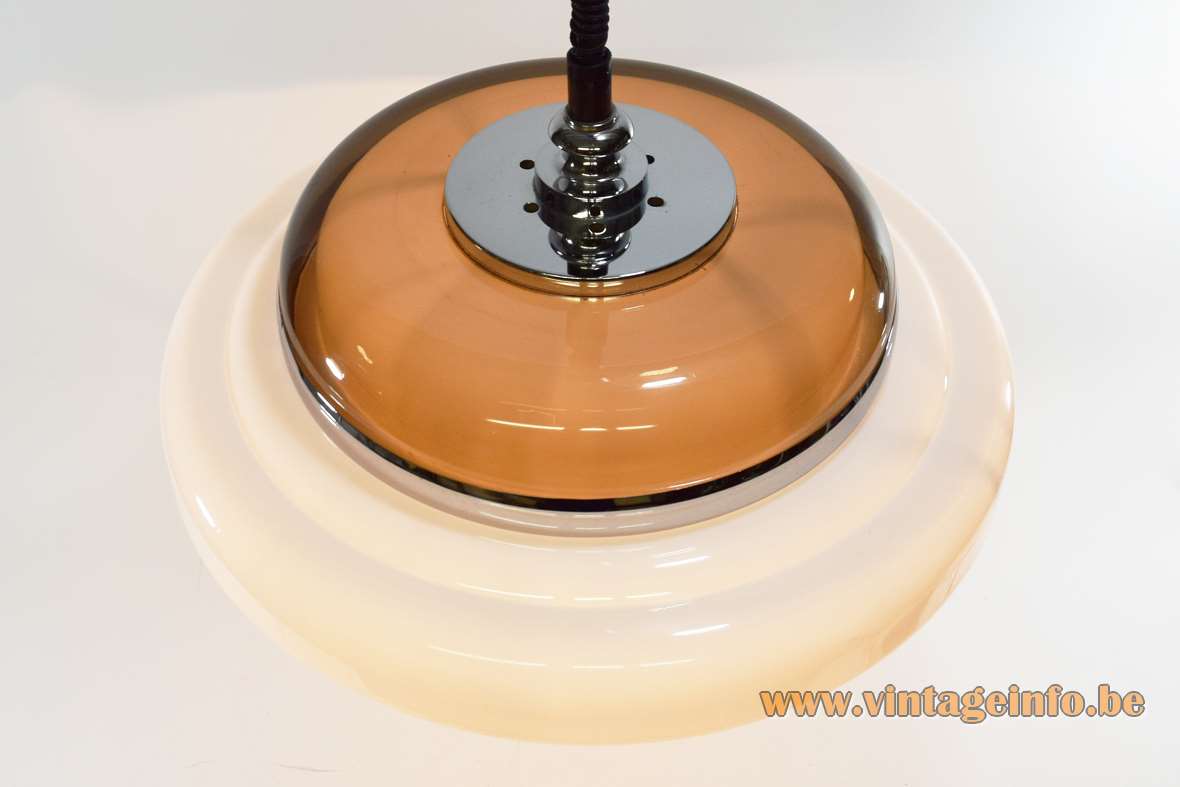 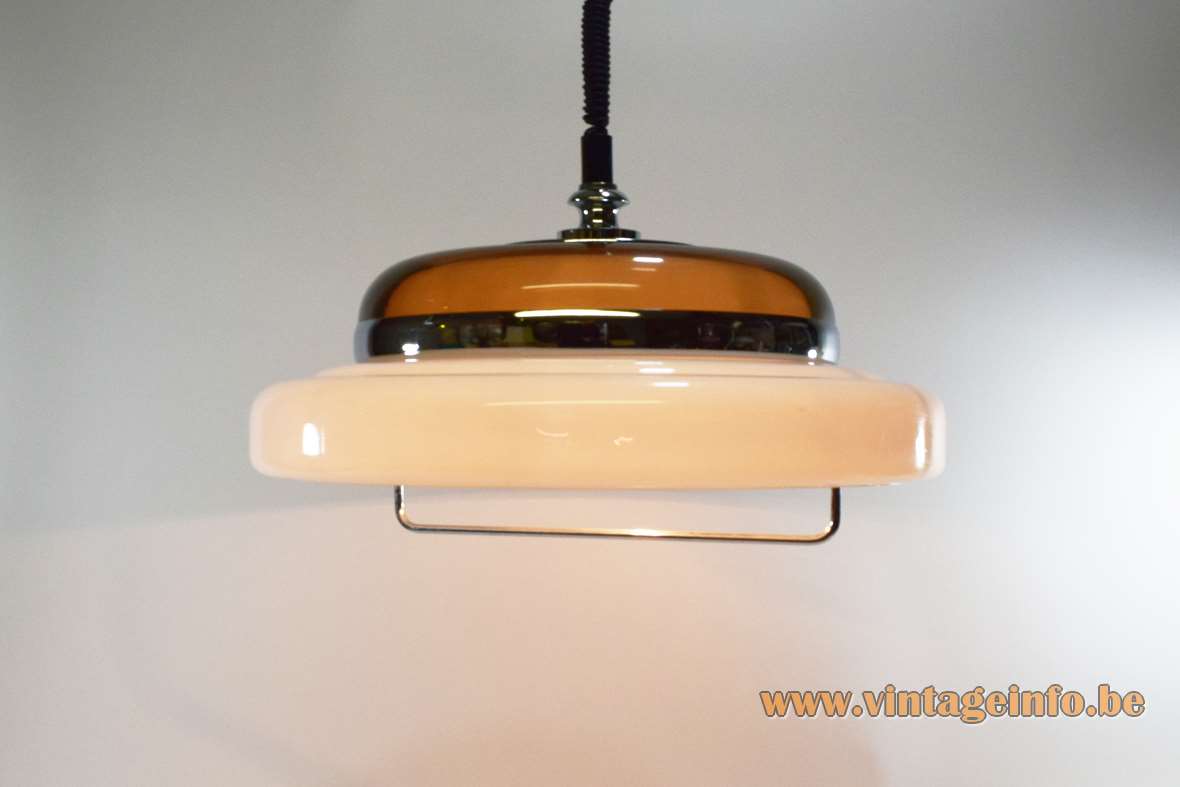 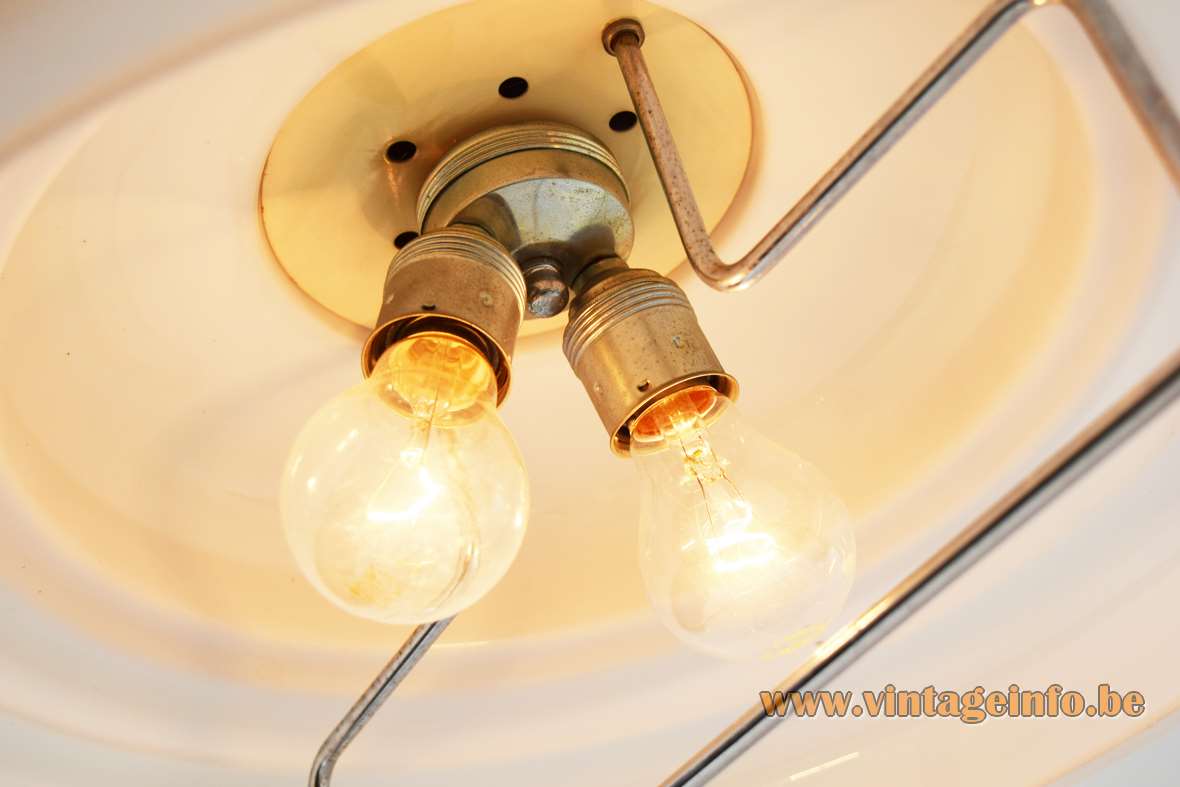 
Other versions: This white & smoked acrylic rise & fall pendant lamp was also produced without a rise & fall mechanism. It exists in several colours and was also made with an acrylic diffuser below.

Some other lamps in smoked acrylic