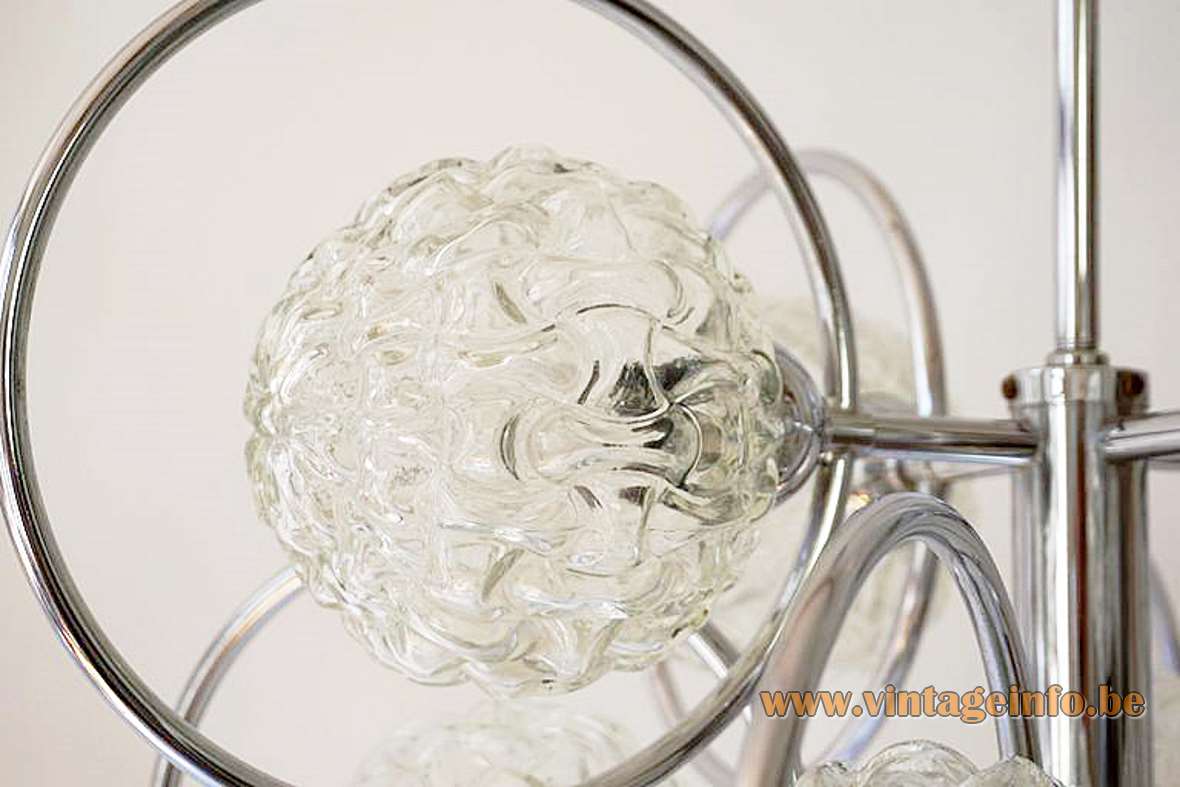 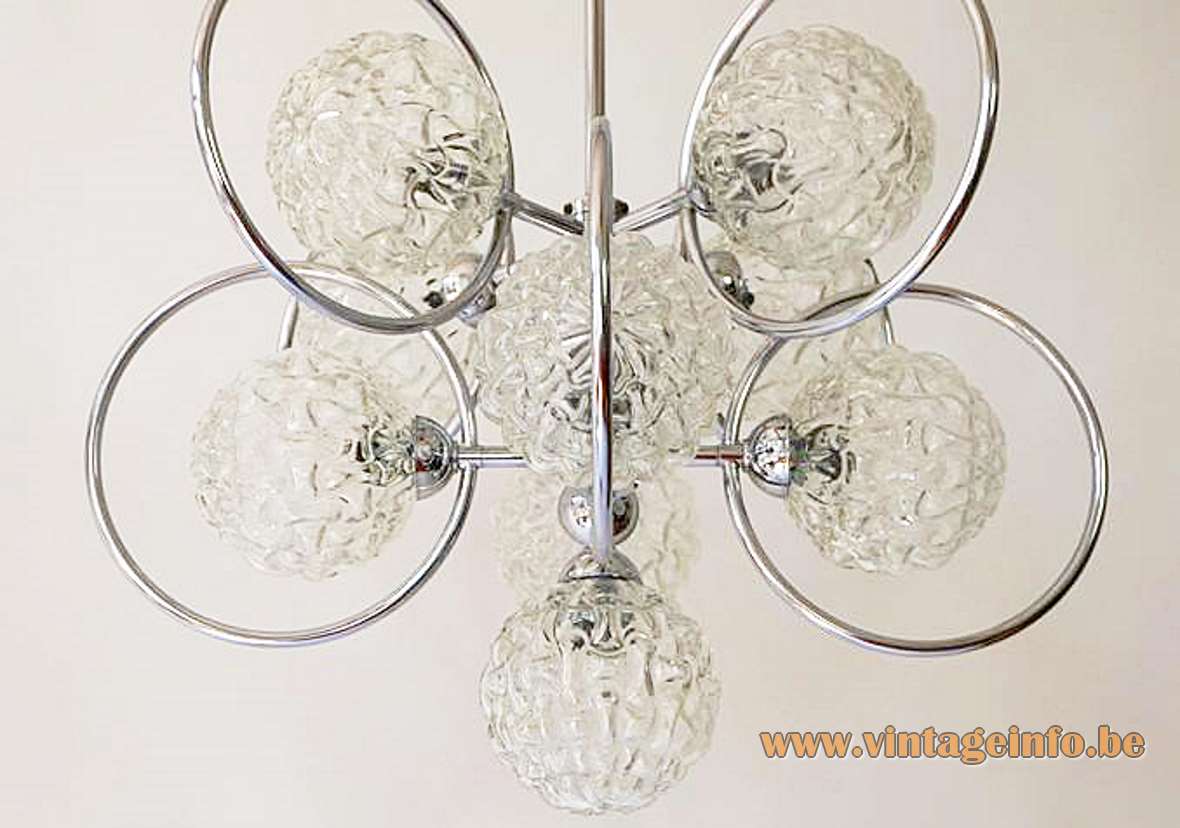 Other versions: This Sputnik glass globes chandelier exists in several variations. Different globes and more or less light bulbs. Also made as a single table lamp. Also produced without chrome rings around the globes.