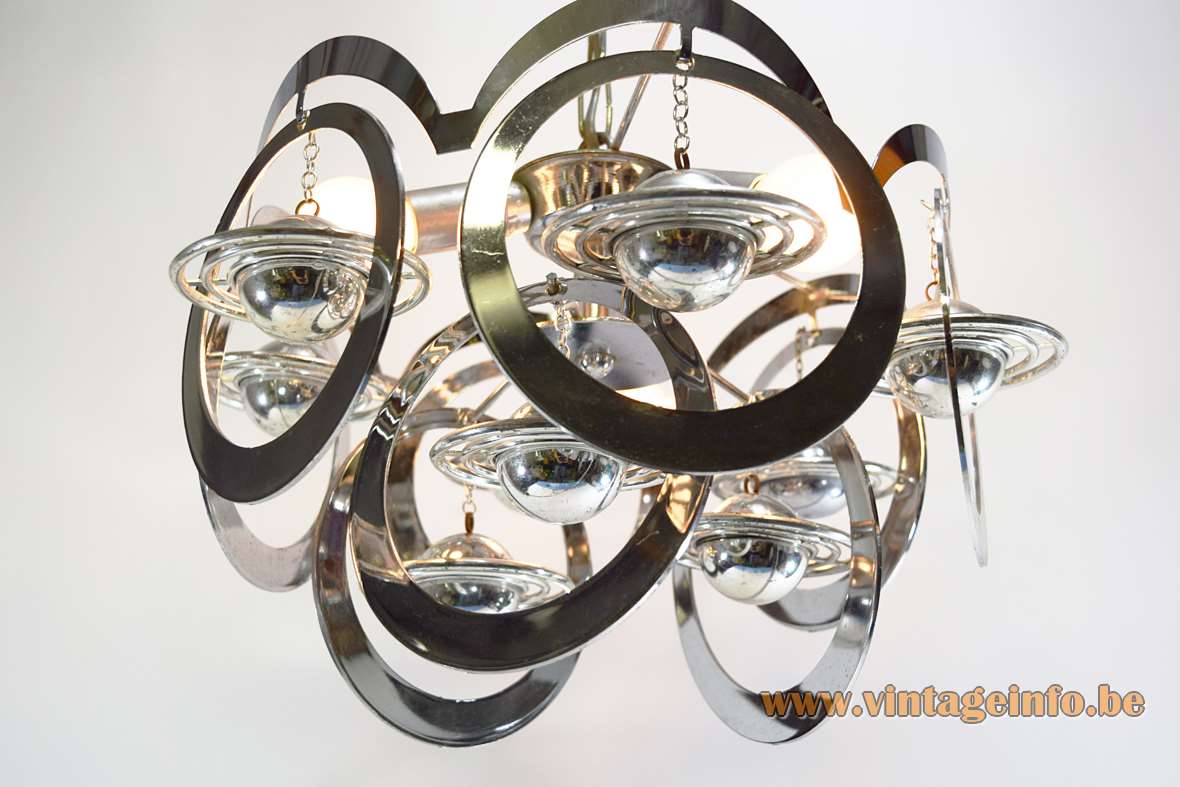 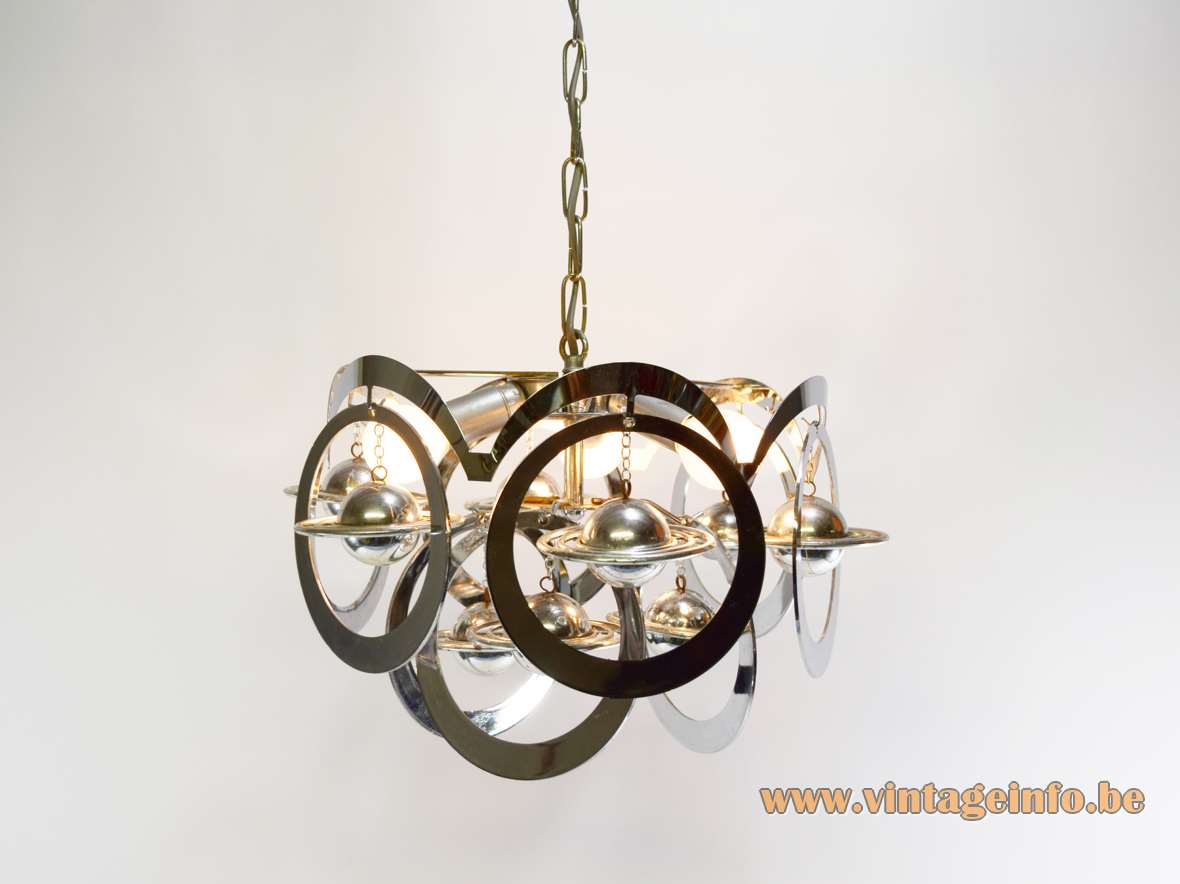 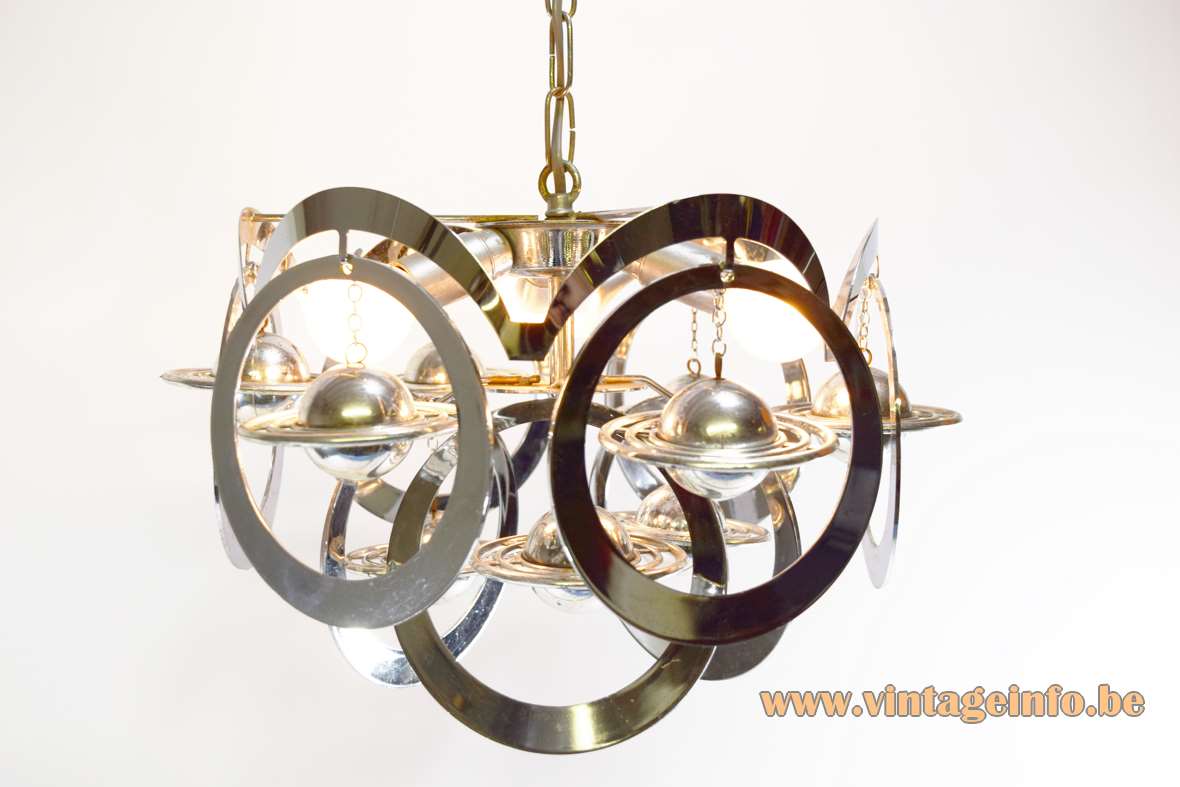 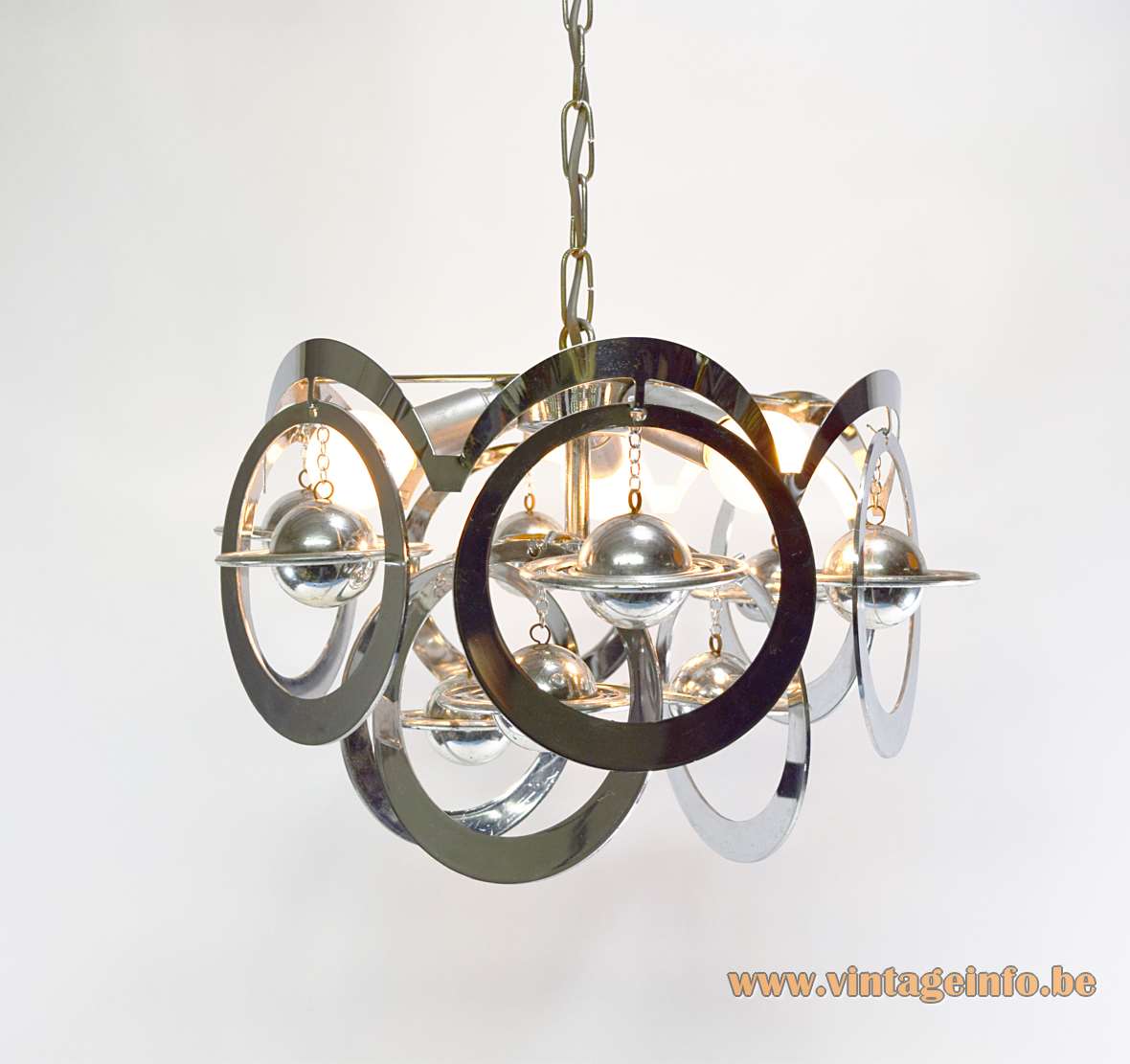 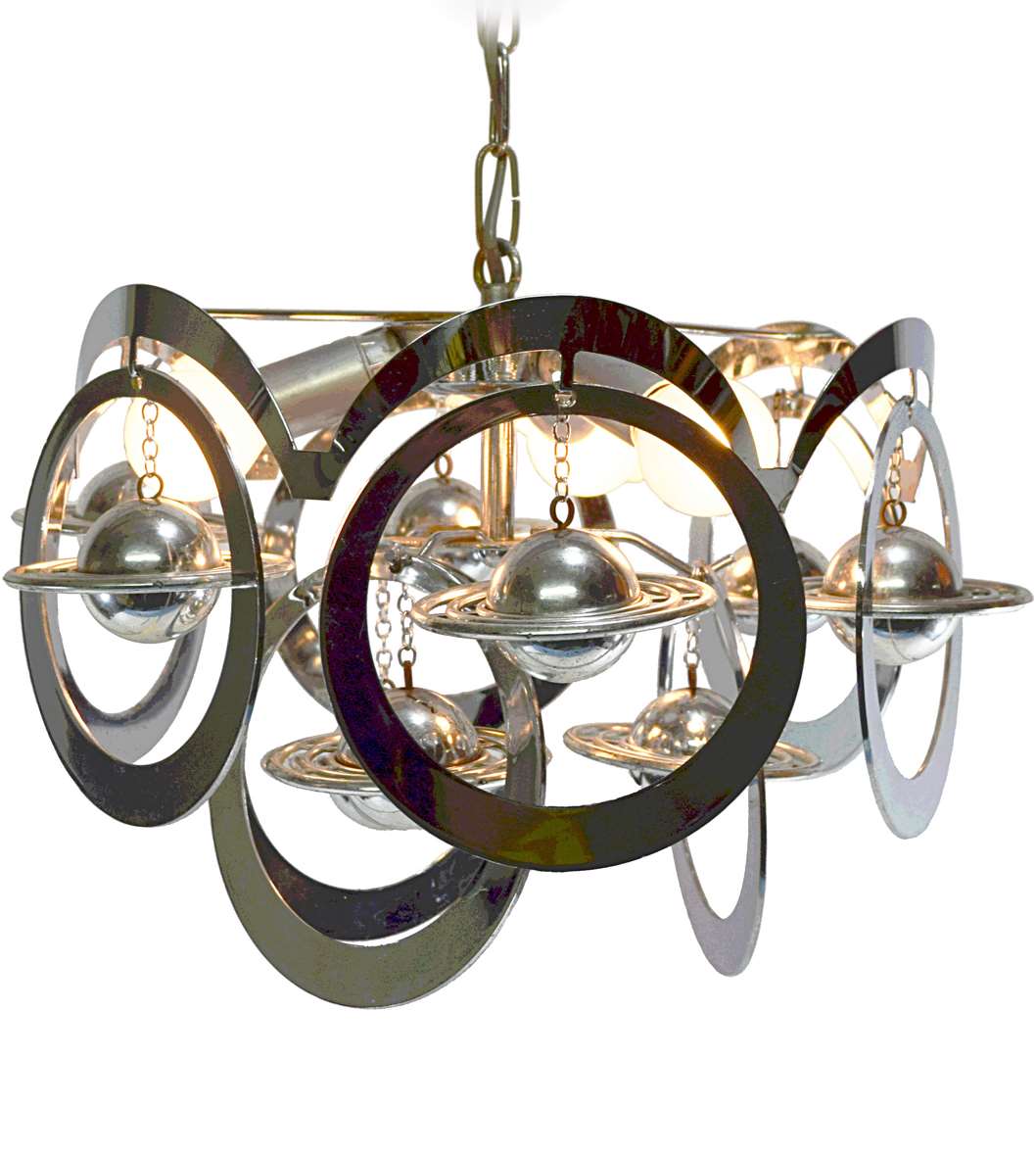 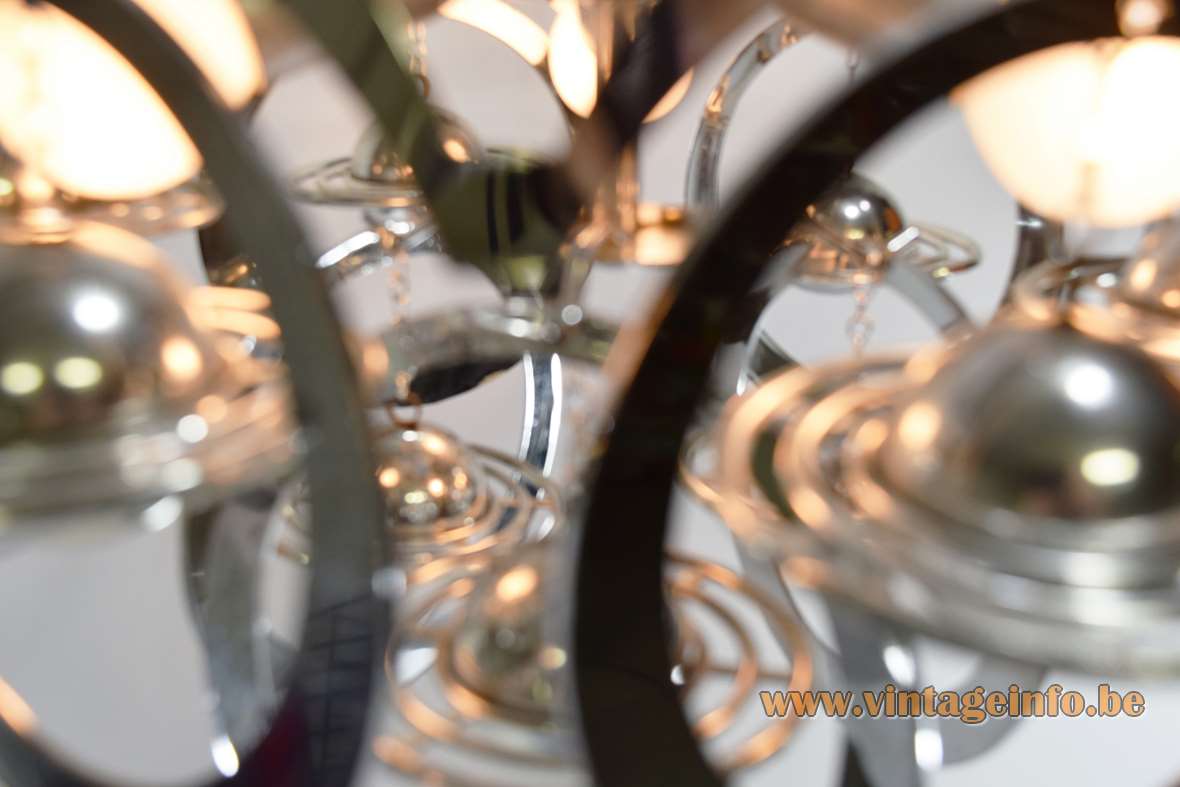 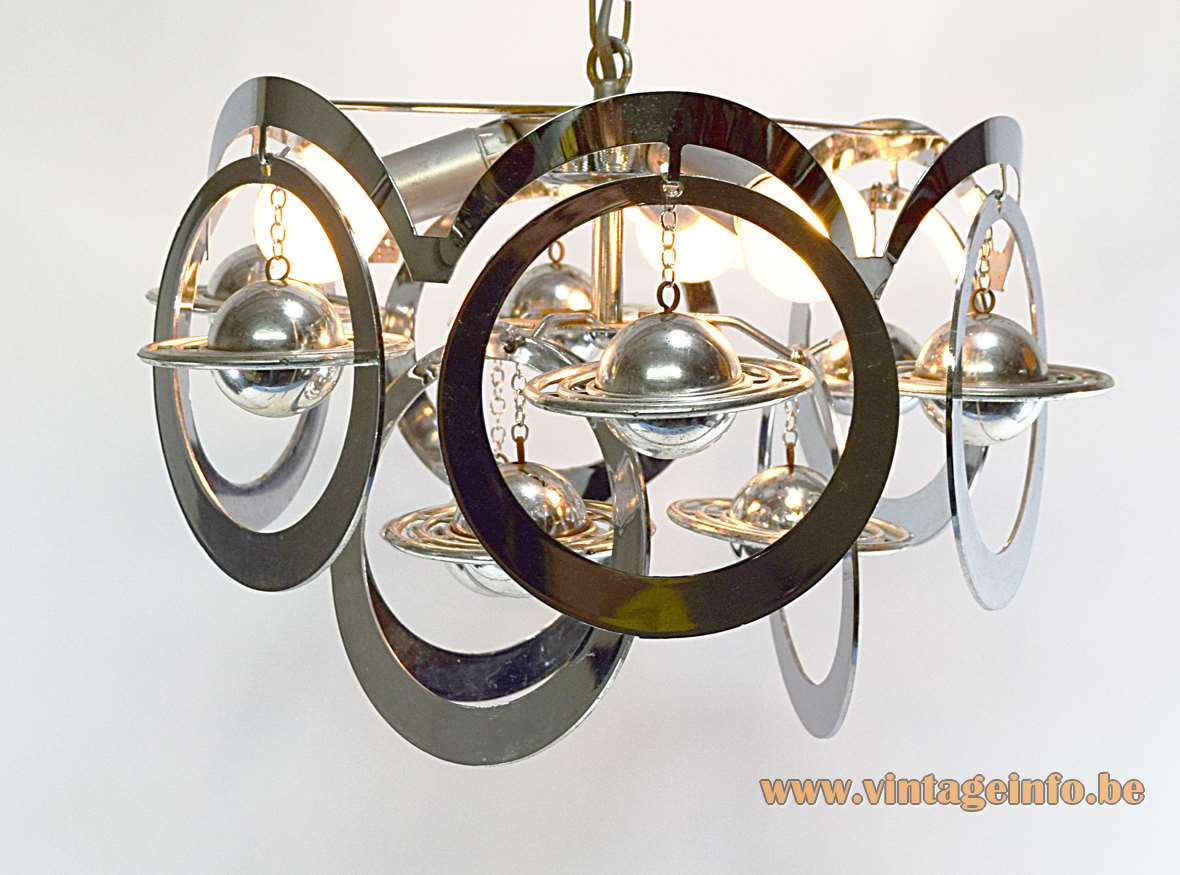 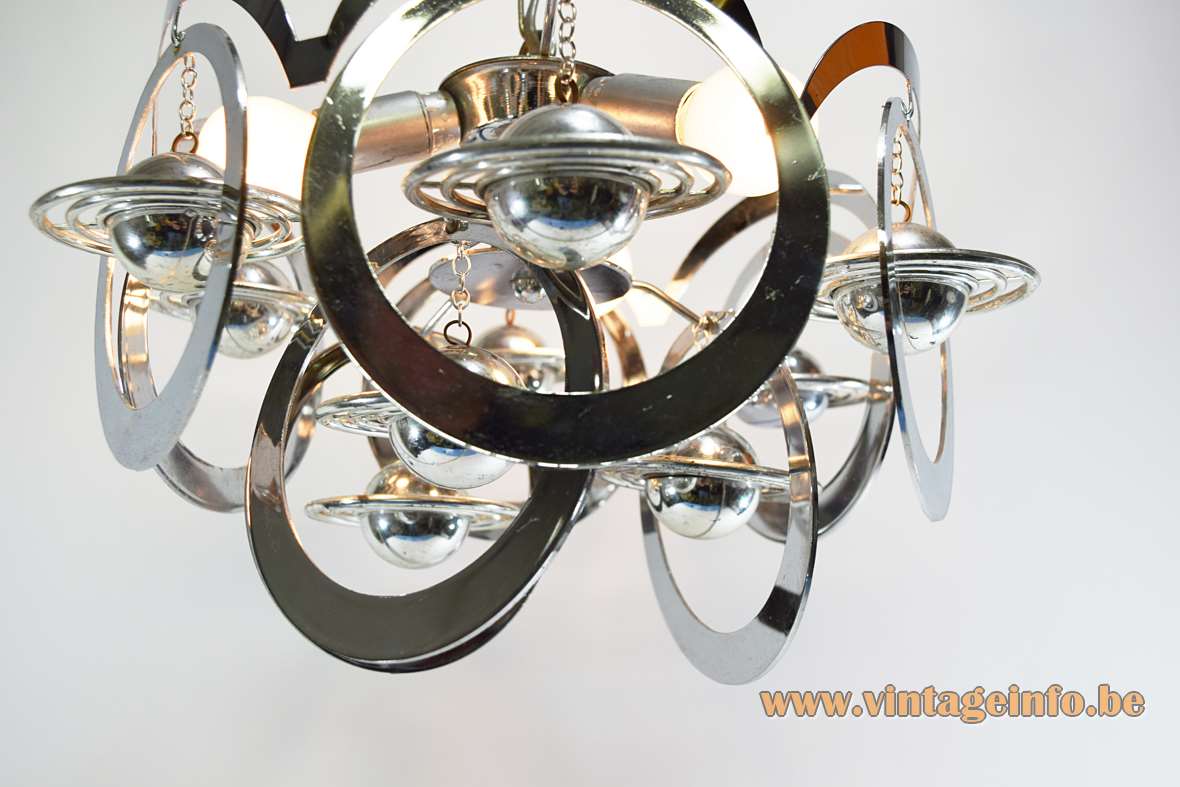 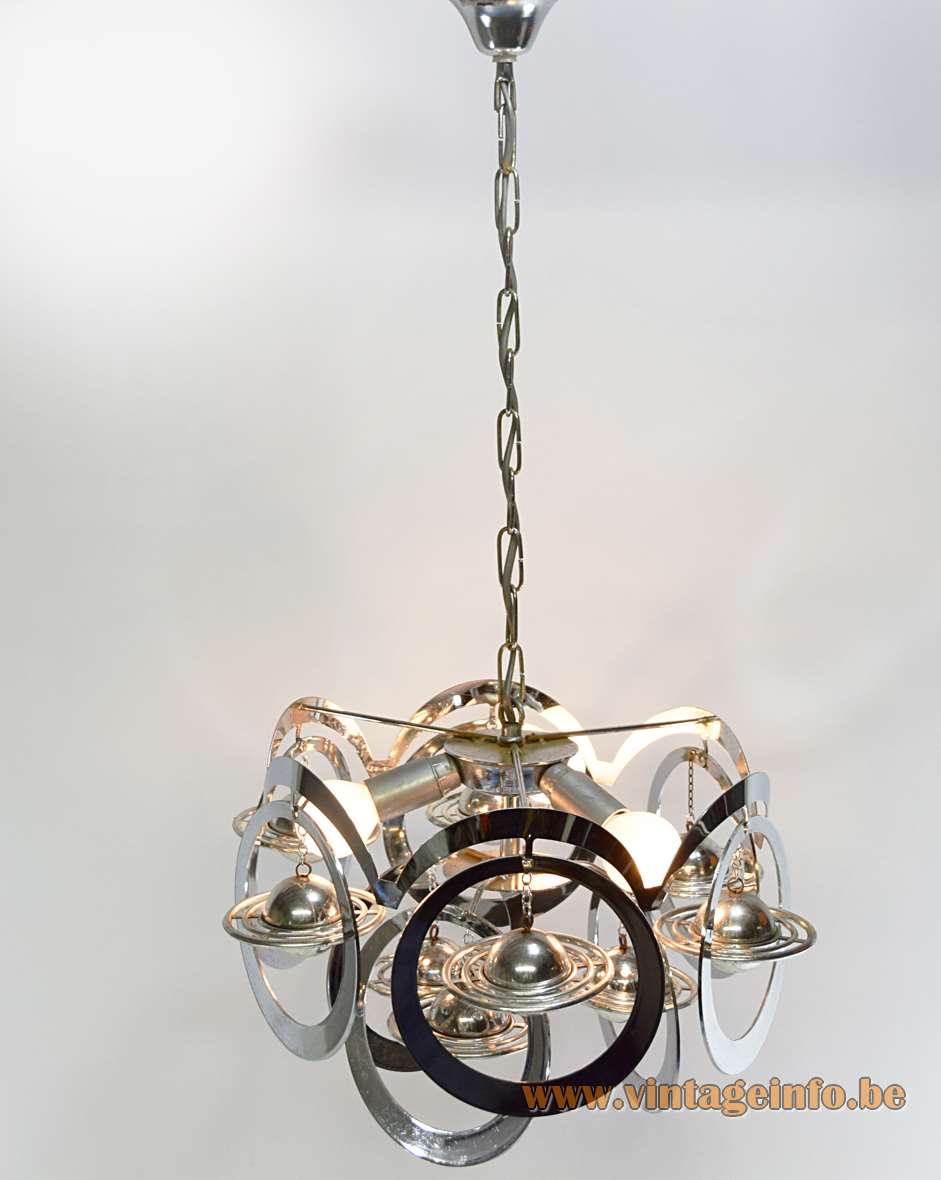 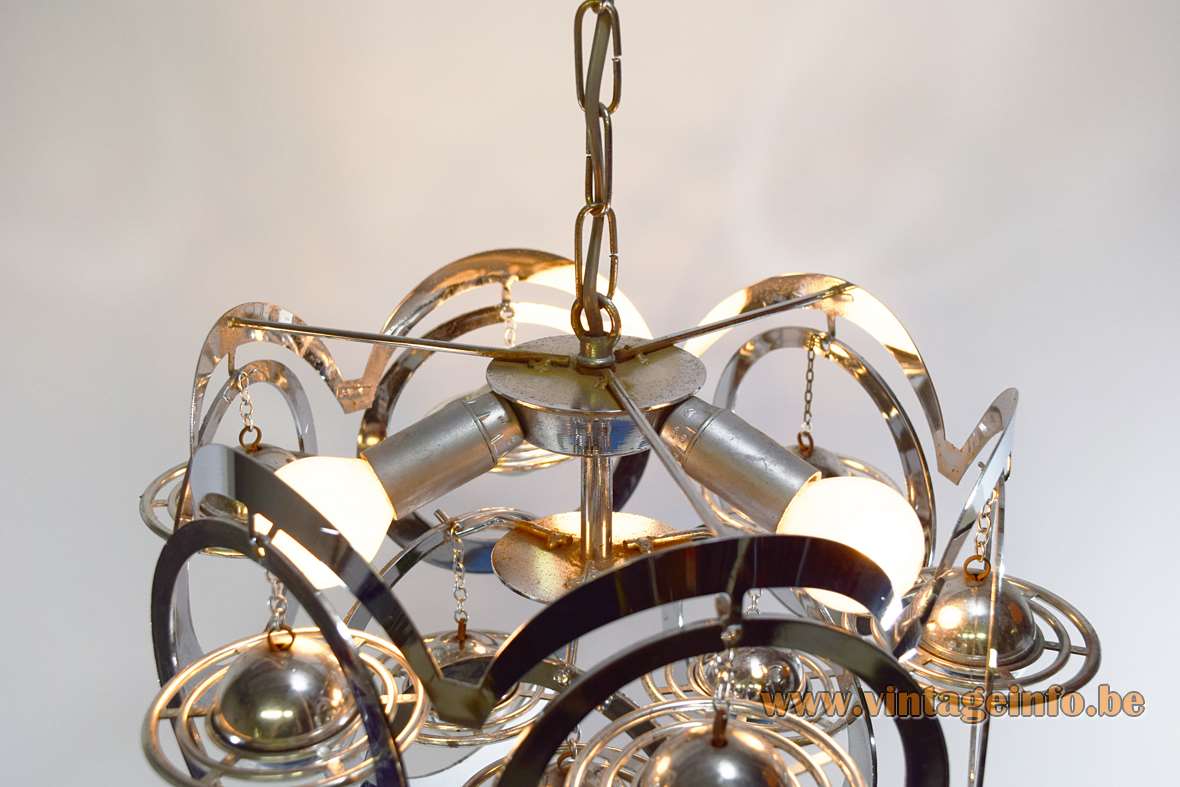 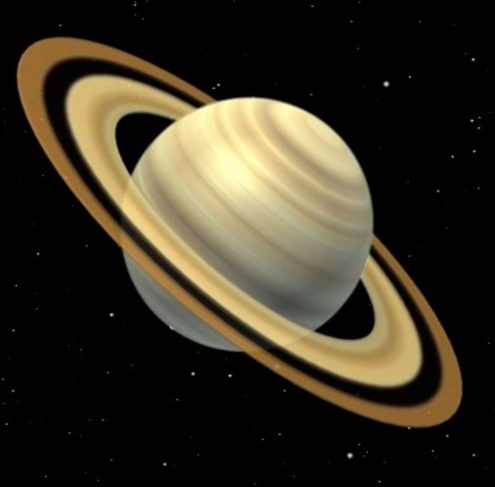 
Manufacturer: To be appraised.


Other versions: This 1960s chrome rings Saturn chandelier was made with 3, 4, 5 and 12 lamps and was also completely made in chromed metal. It was probably produced by several companies. Unfortunately there is never a label present. Often named Sputnik lamps, but that’s something else. Sputnik lamps are lamps with rods and light bulbs pointing in every direction, also named starburst lamps.

These chandeliers and other lamps referring to space travel became very popular during the Space Age (late 1950s – 1960s). You can find several examples on Vintageinfo.  The Space Age is generally considered to have begun with the Sputnik Satellite in 1957. The Sputnik was the first artificial Earth satellite.

The Soviet Union launched it into orbit on 4 October 1957 from the Baikonur Cosmodrome in the desert steppe of Baikonur. The satellite was visible around the Earth and its radio pulses were detectable.

The Russian cosmonaut Yuri Alekseyevich Gagarin (9 March 1934 – 27 March 1968) was the first human to journey into outer space, when his Vostok spacecraft completed an orbit around the earth on 12 April 1961.

Saturn chandeliers have been around since the beginning of electric lighting. Many were produced during the Art Deco (Bauhaus) period. One of the most famous Saturn chandeliers dates from the 1930s. It was designed by Gio Ponti and Pietro Chiesa for Fontana Arte and made in glass and chromed metal. Also Edvard Hald made a chandelier for Orrefors from Sweden, also in the early 1930s and also in glass. 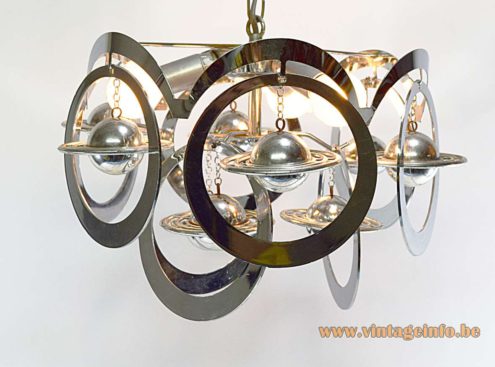