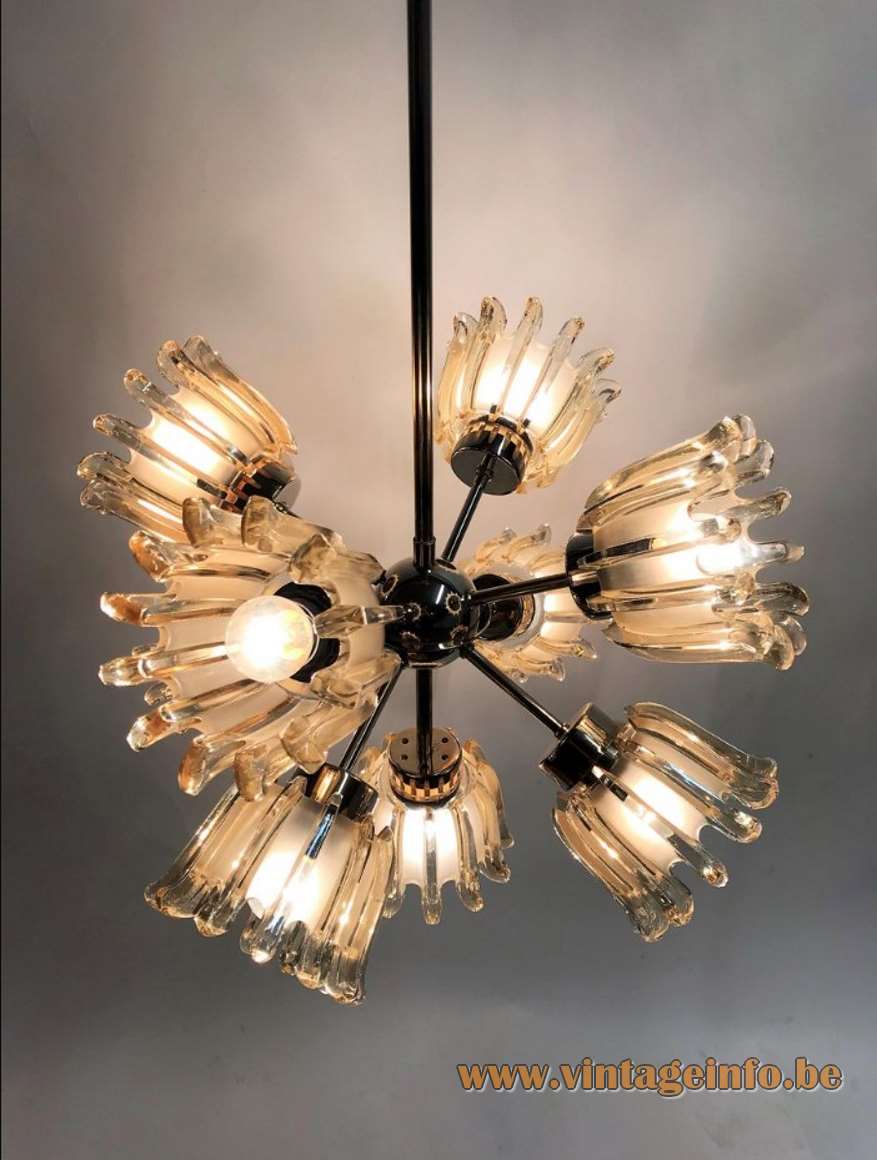 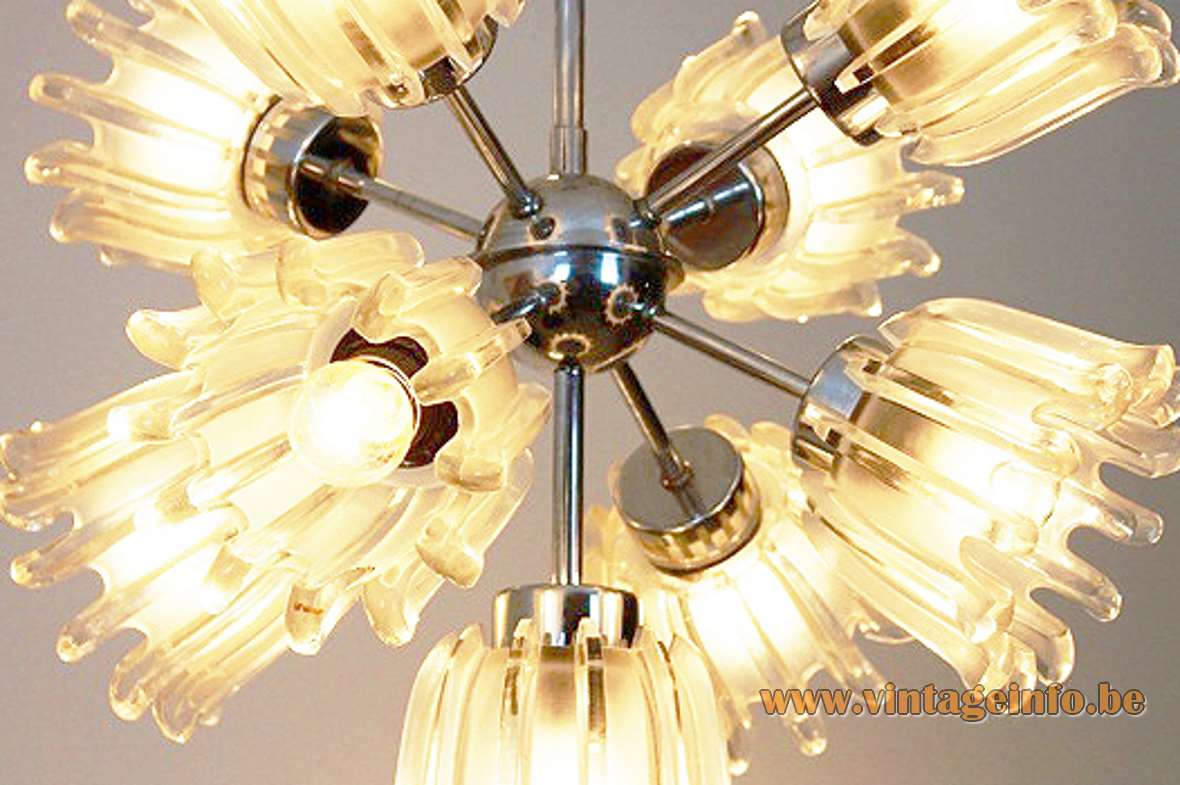 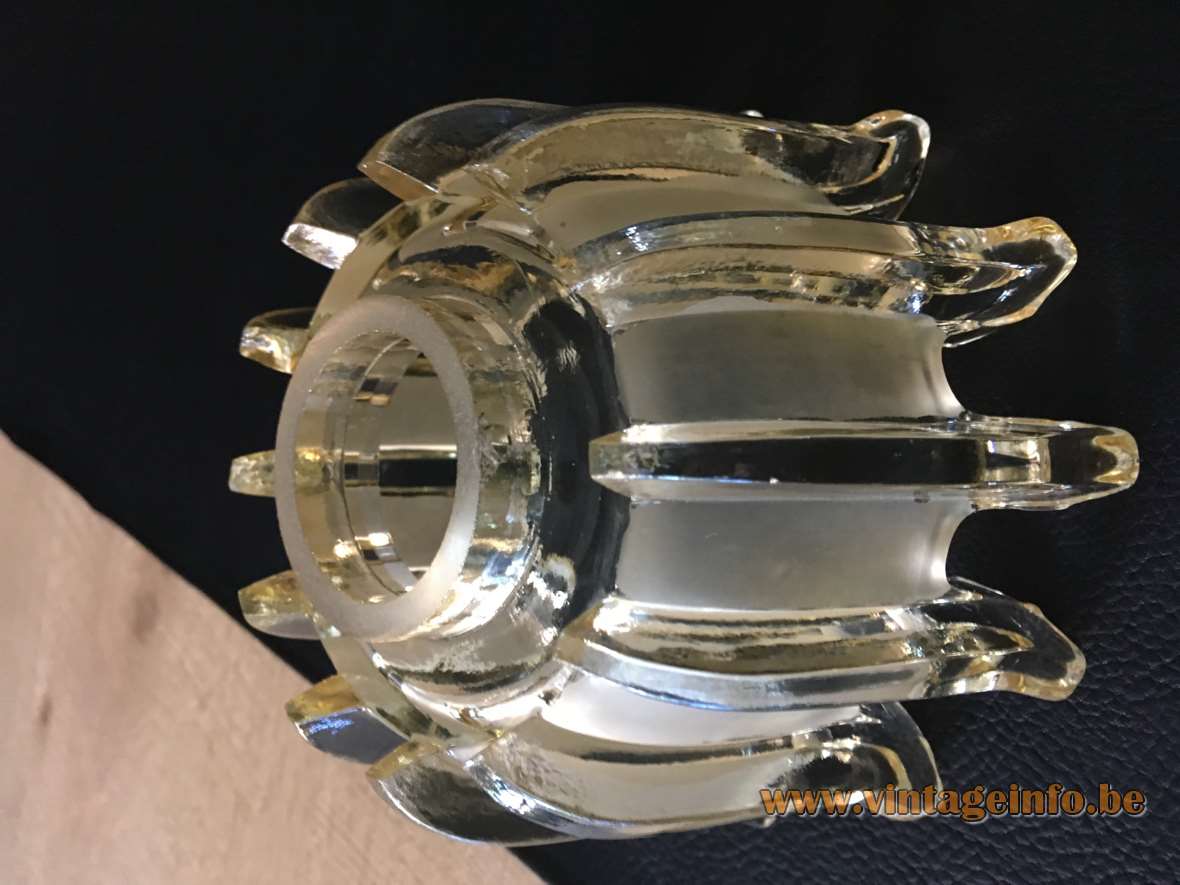 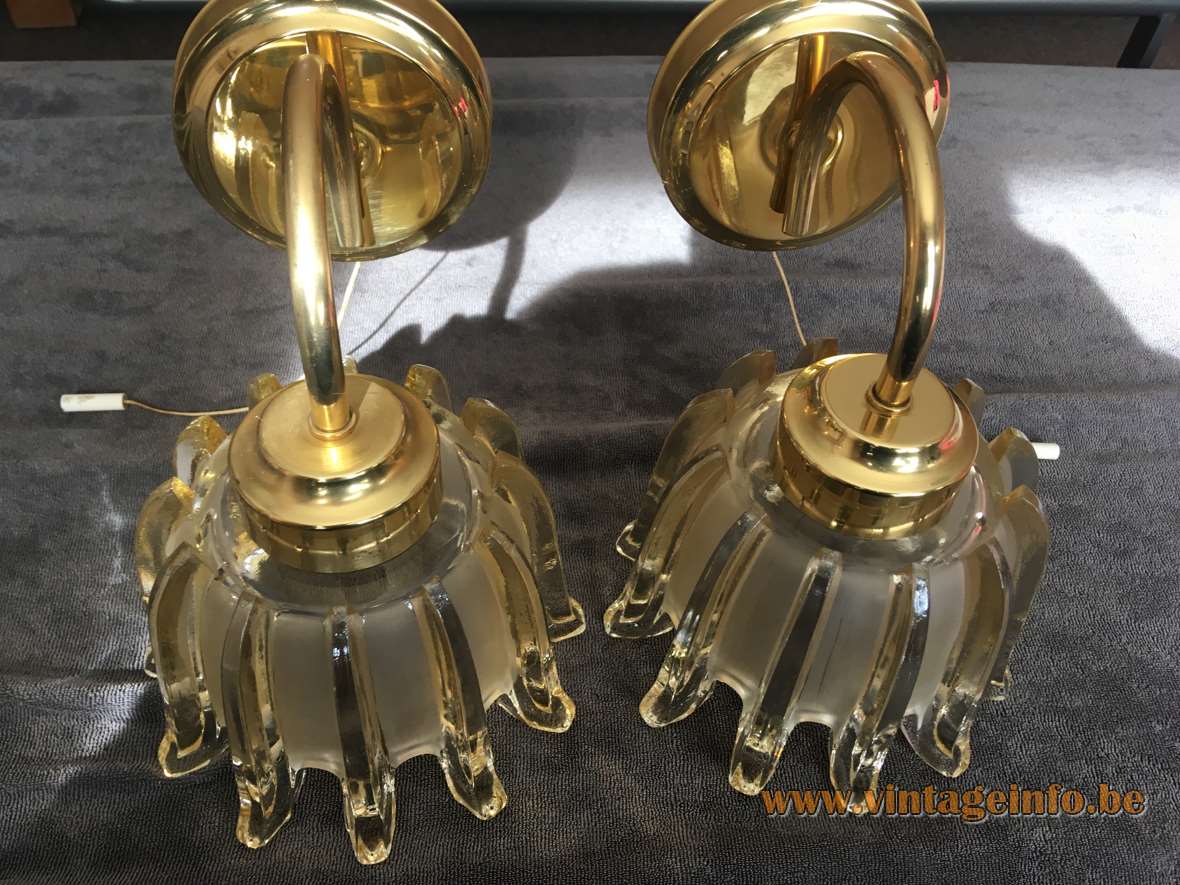 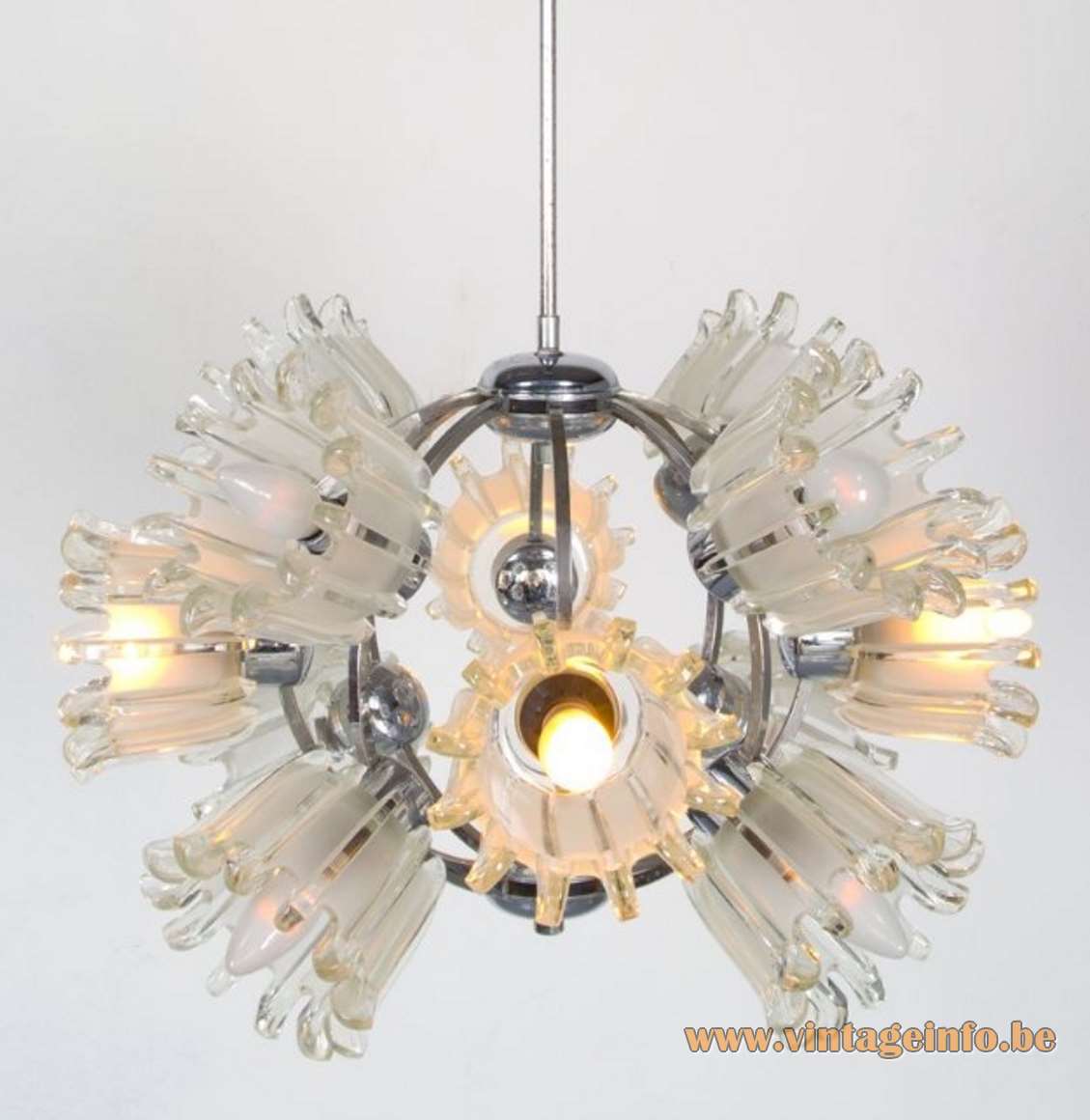 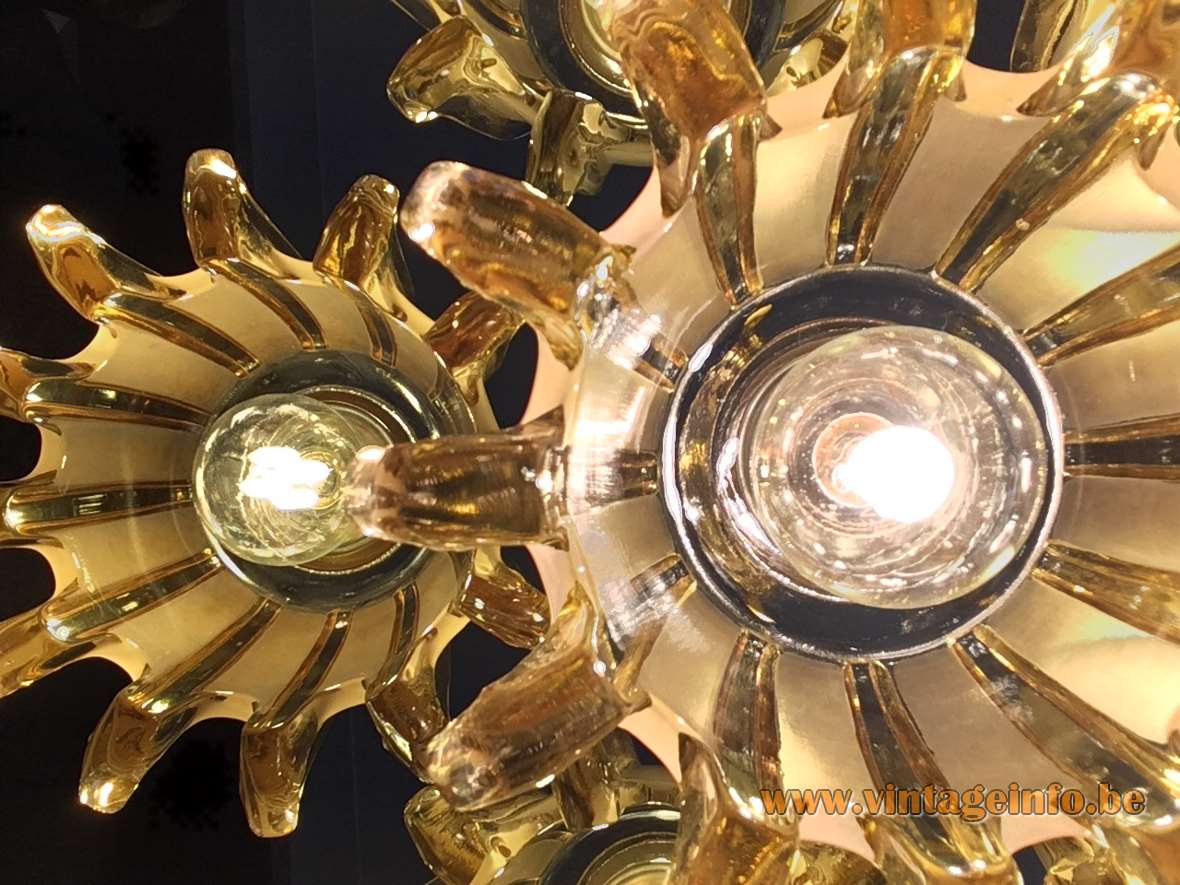 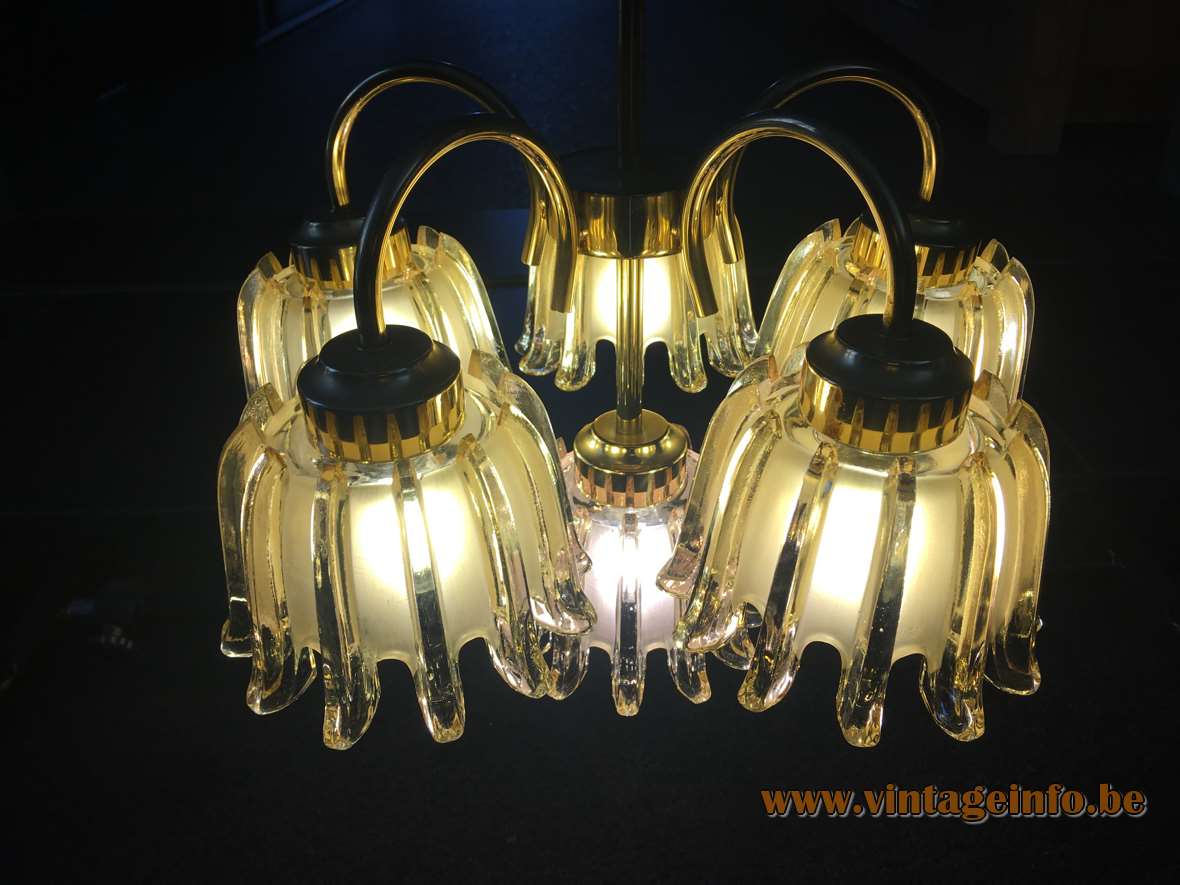 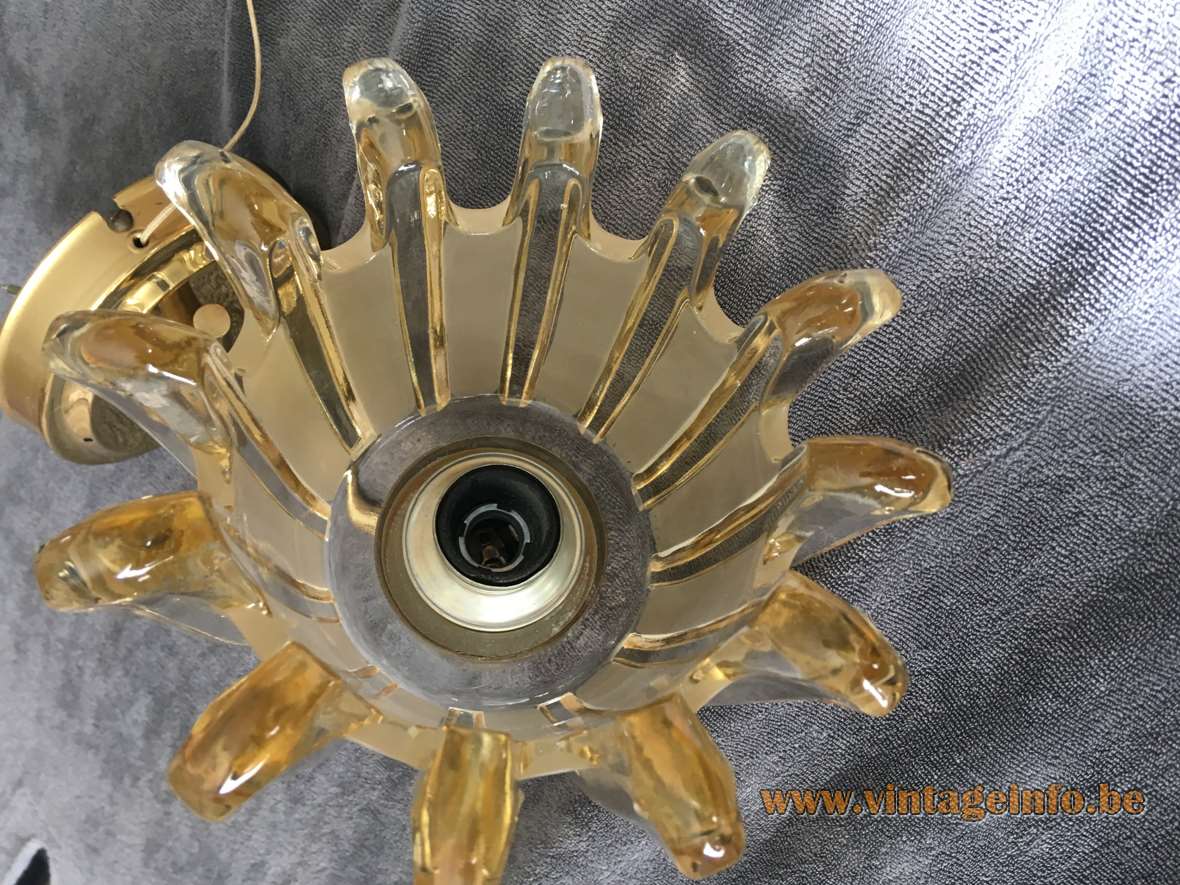 Gebruder Leclaire & Schafer label on the left and the Richard Essig company label found on another flower chandelier. DORIA labels are never found on these lamps. 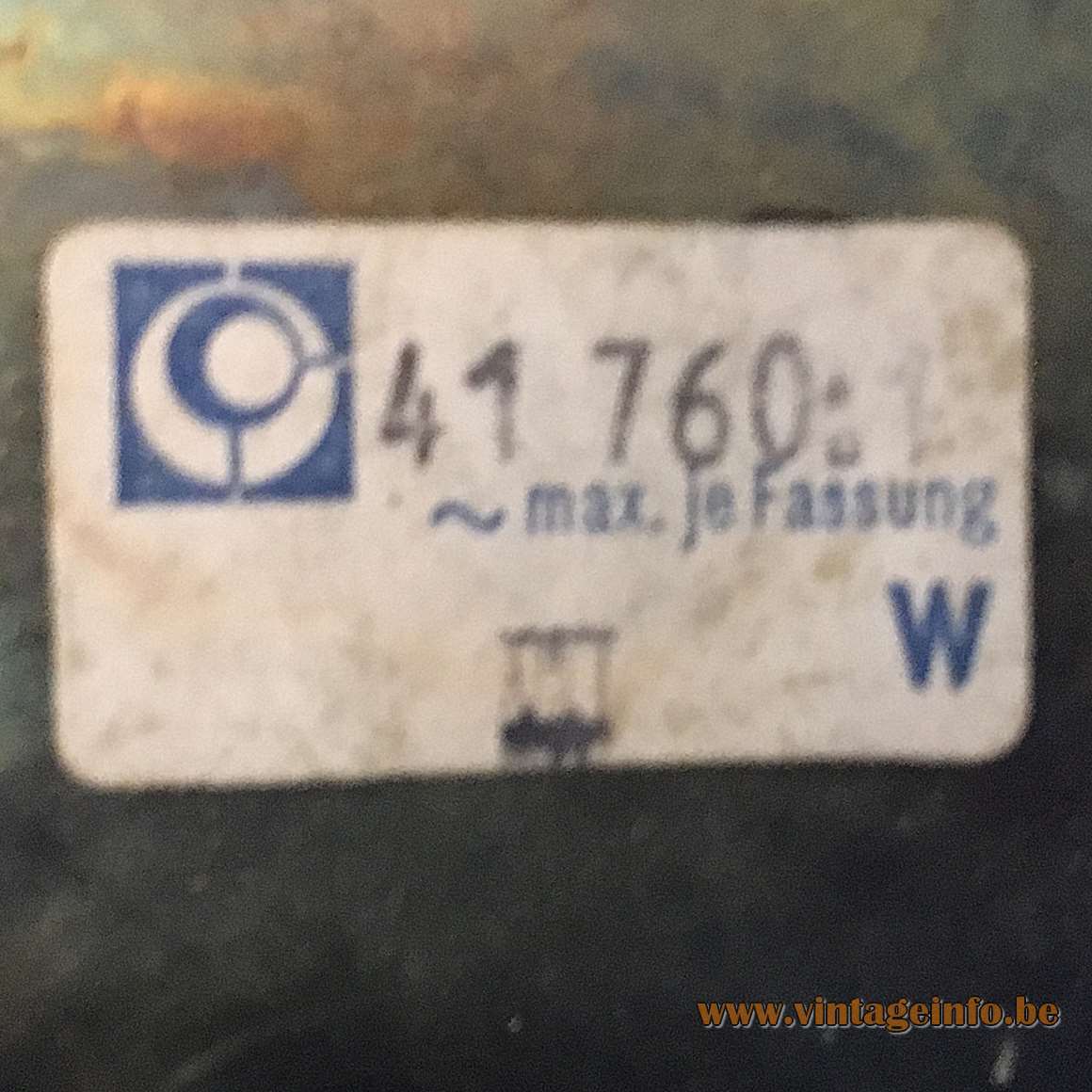 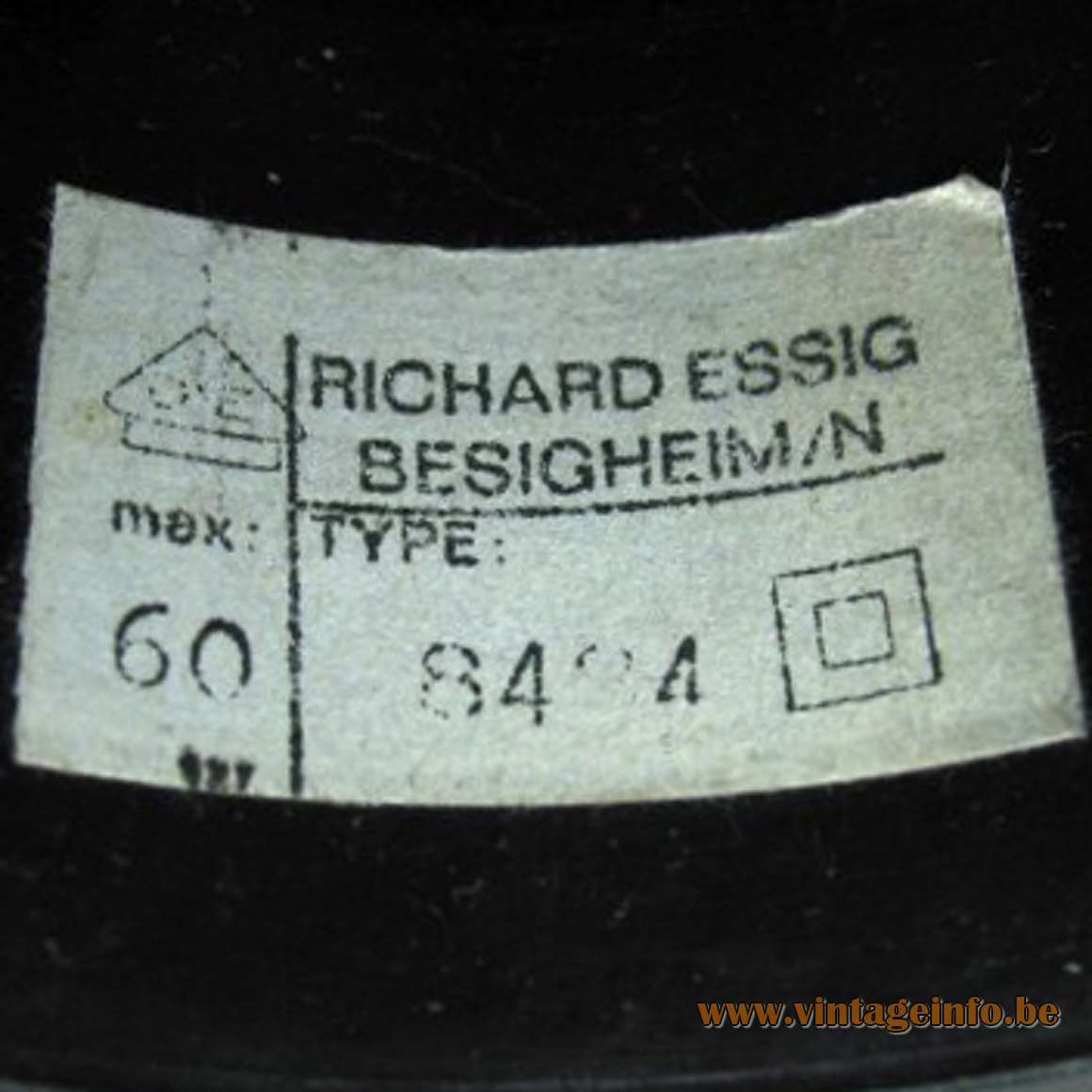 First of all, it is not a lamp by DORIA!

Other versions: Made in many forms and sizes, also made as flush mount, wall lamp, table lamp.

You never find these lamps with a DORIA label. Often there is a Richard Essig label present, and that is not a designer but a company.

Other labels that were found on these lamps are from Leclaire & Schäfer from Germany, Massive from Belgium and Peill + Putzler. So in all probability the glass was produced by Peill + Putzler. It is certain that Massive used it’s own parts and only bought the glass, because the canopy and metal parts are typical for the Belgian company. Maybe they also produced these lamps for others.

Richard Essig – Often said that he designed lamps for DORIA, but it was a wholesale company that bought, among other things, old stocks. Essig sold lamps made by Staff, Disderot, Massive and several other companies, labelled with Richard Essig – Besigheim.

Besigheim is a German town, not a company. (found a lamp online with “Richard Esssig design for Besigheim“)

The company did not produce lighting. All the lamps you find are made by others, many by Massive. Richard Essig no longer exists.

The Gebruder Leclaire & Schäfer company was founded in 1893 in the light capital of Germany: Neheim. Despite the fact that the company has existed for a long time, there is hardly any information available. It is even more weird that you hardly find any lamp made by them on the internet. Hopefully that will change in the future, below is the label of the company. Gebrüder Leclaire & Schäfer presumably ended business in the 1980s.

Many thanks to Dave for all the research, pictures and enthusiasm.