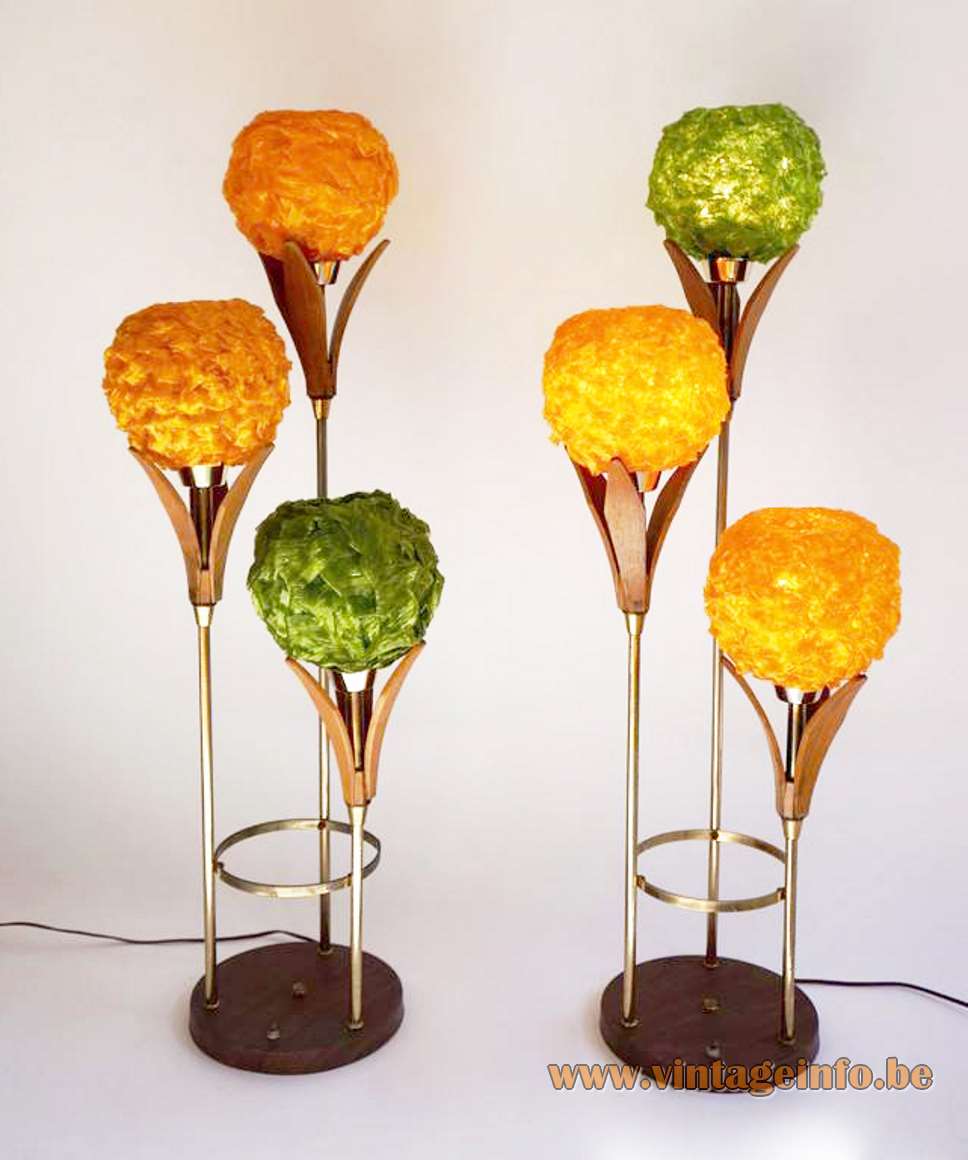 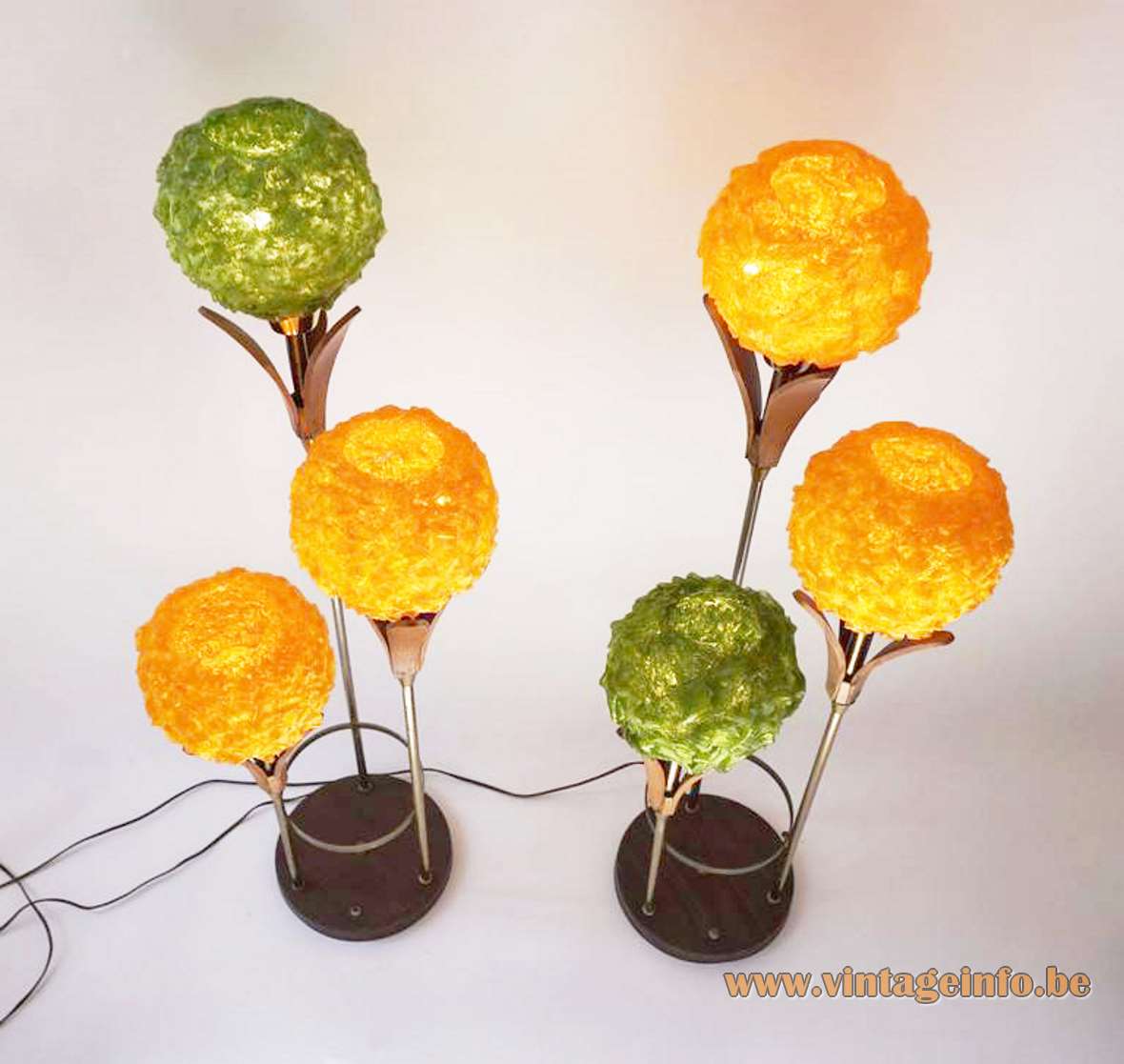 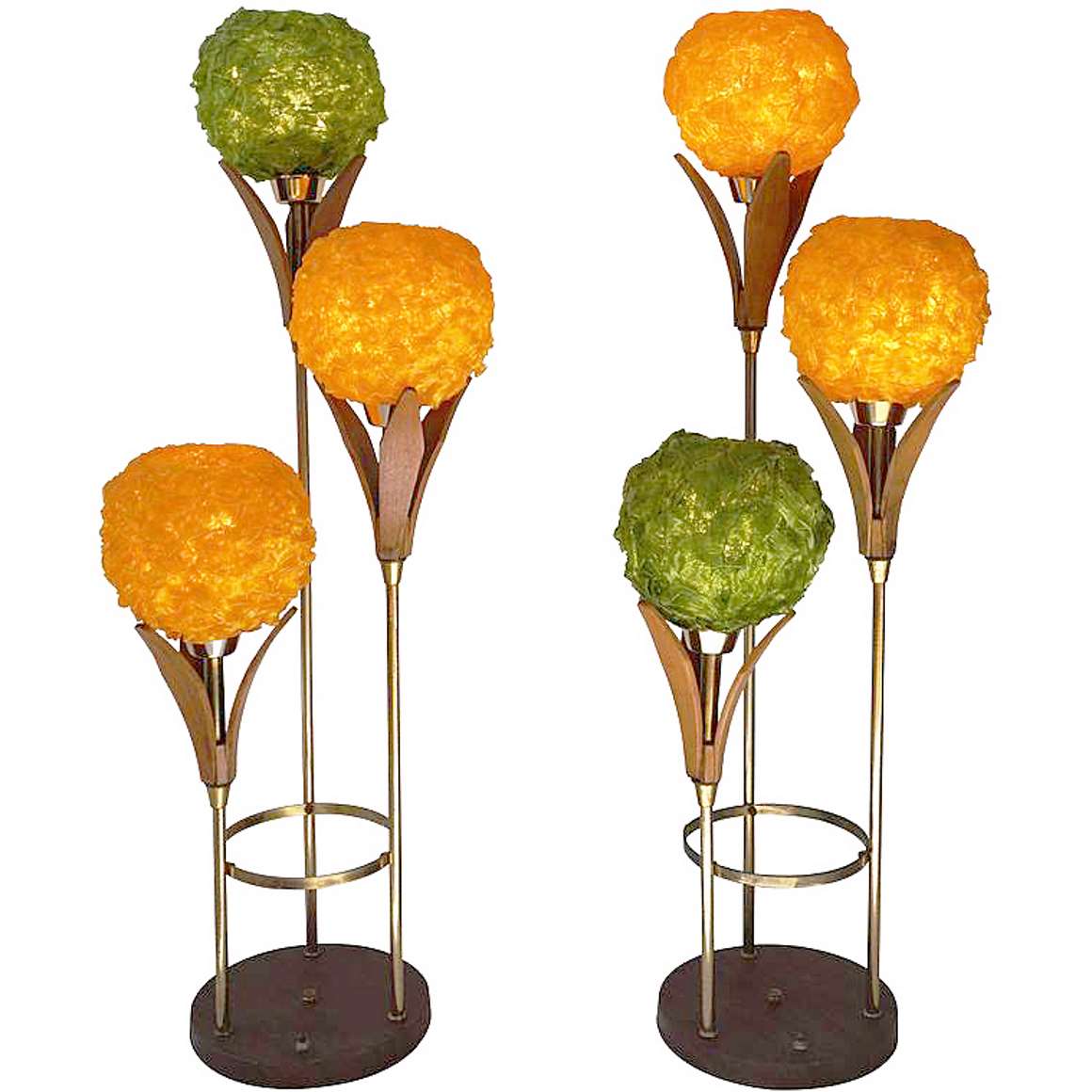 Other versions: This Lampcraft Industries floor lamp exists in many variations. Some lamps have also the label “Genuine American Walnut”.

These type of lamps are often described as Danish lamps, but they are not. They are made in a typical American style, rarely seen in Europe. Sometimes you find them as lamps produced by the MCM company. MCM is the abbreviation for the name Mid-Century Modern, mainly used in the USA. Whoever sold these lamps in Europe is not known, at this time.

Lampcraft Industries was founded in 1940 in Chicago by Philip “Pinky” Harris.  They mainly produced lamps in modern, traditional and Early American. Wood, plastics and glass were used extensively in all their models. Many of their lamps have girls names such as Kimberly, Pundy, Waverley, Stacey.

Similar swag lamps were amongst others produced by Deena Products, also from Chicago. The company was in business in the 1940s and 1950s. They had production plants in Kentucky.

Other companies that sold lamps with spaghetti/spun sugar/cotton candy style lampshades in the USA were Majestic and Heifetz. Heifetz also sold Rotaflex lamps.