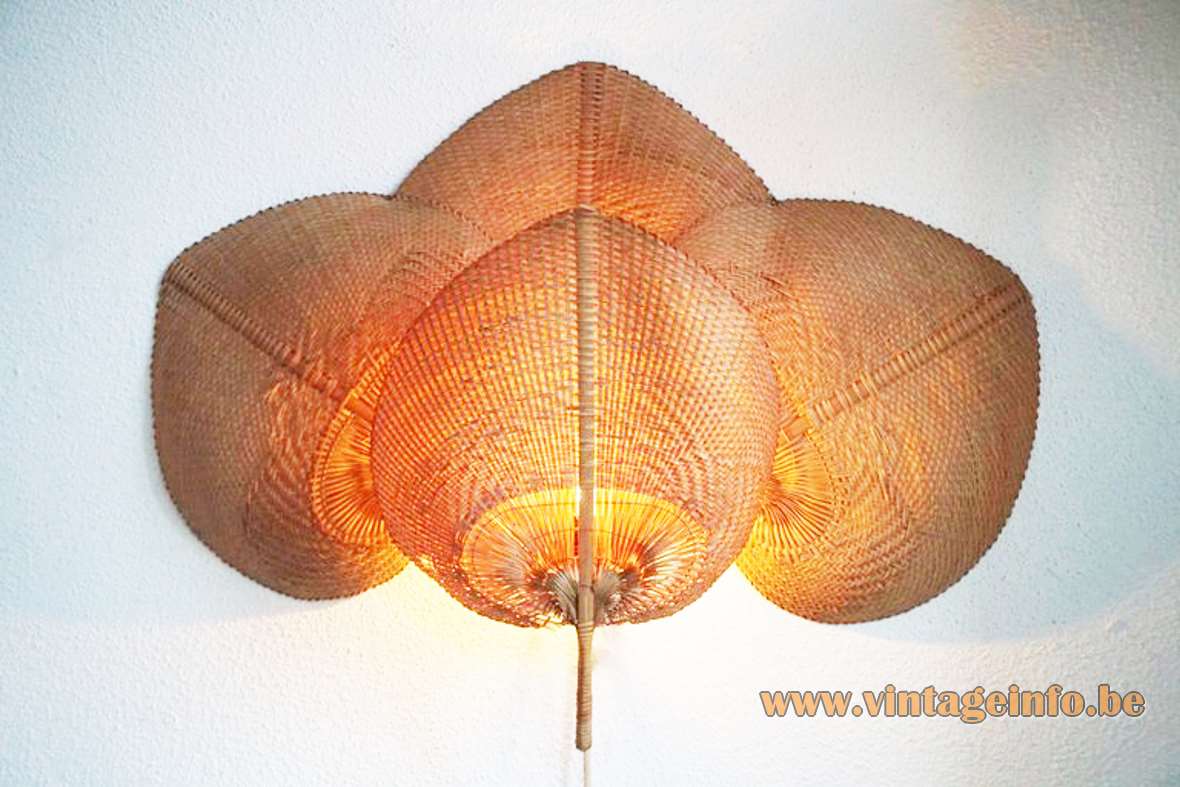 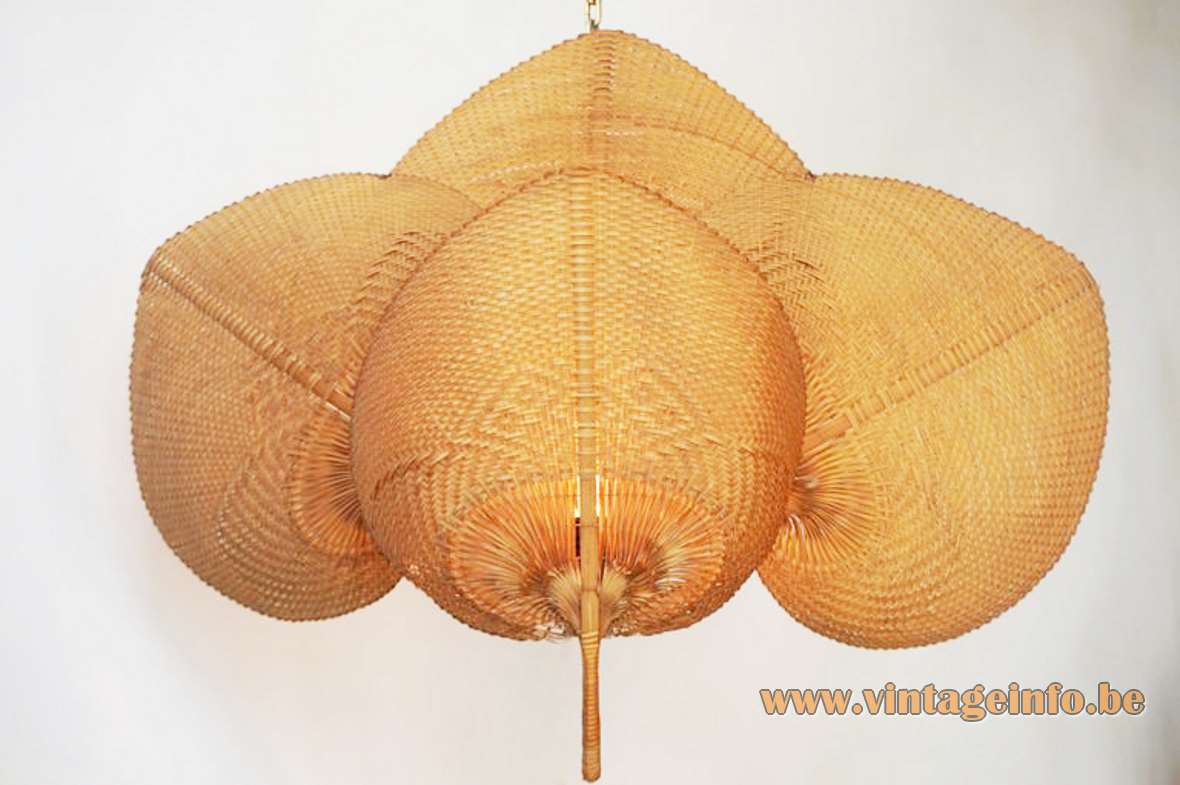 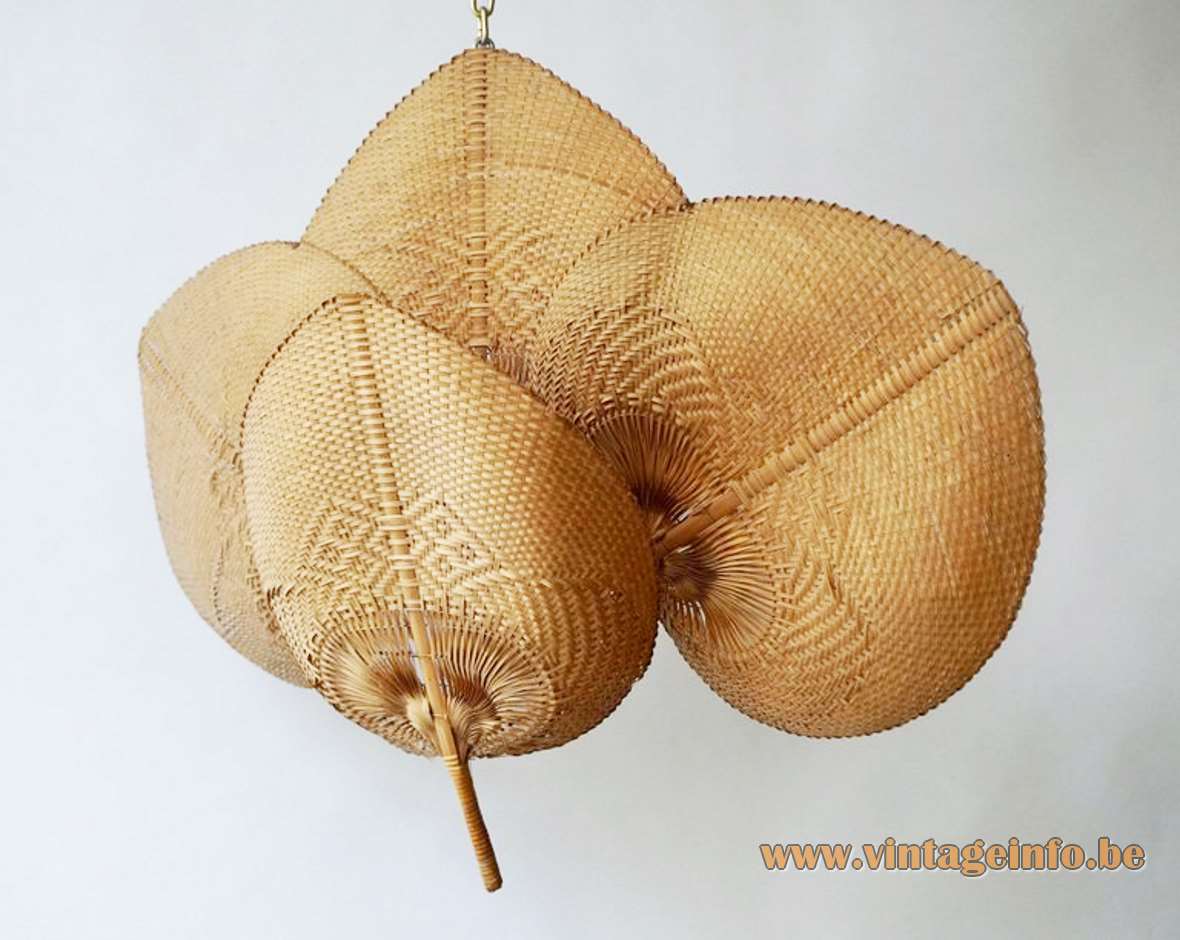 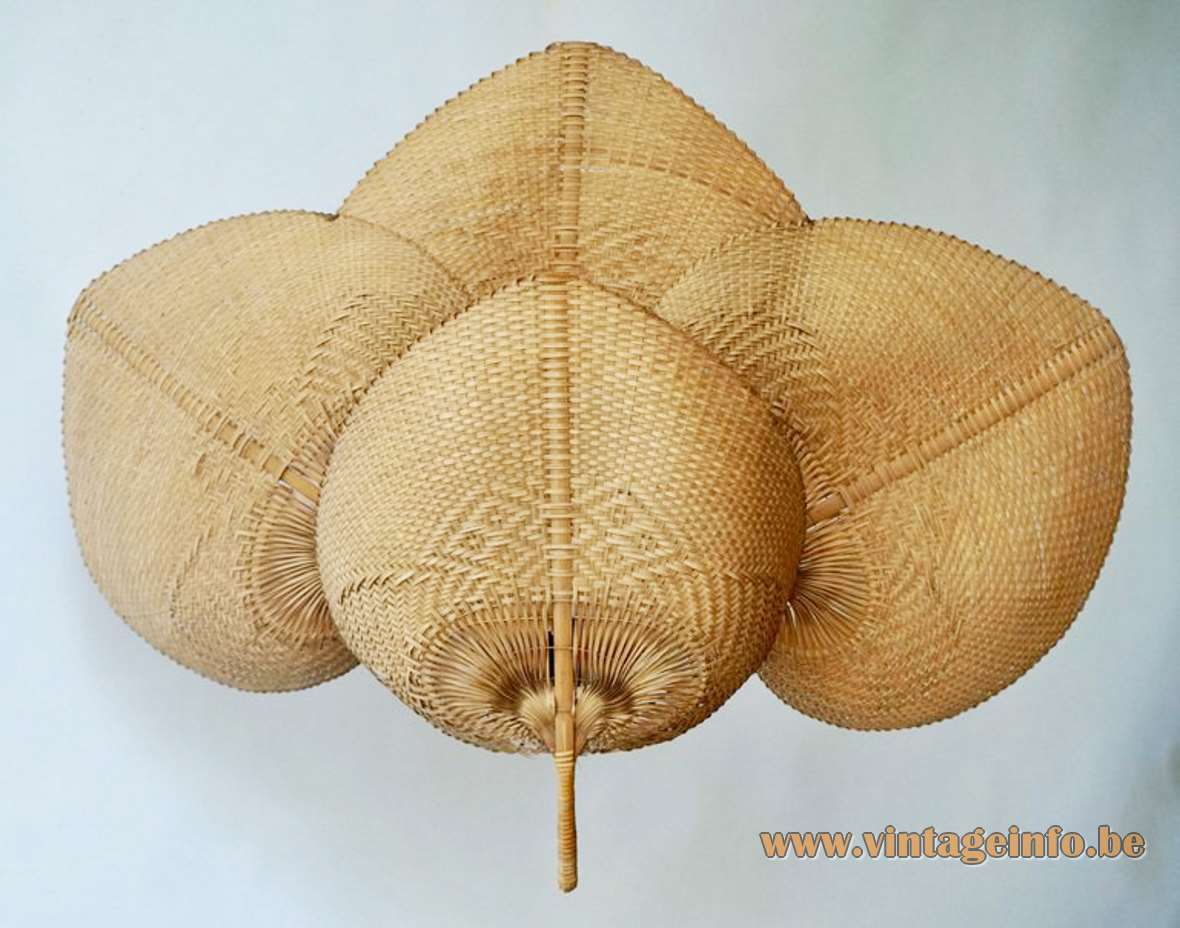 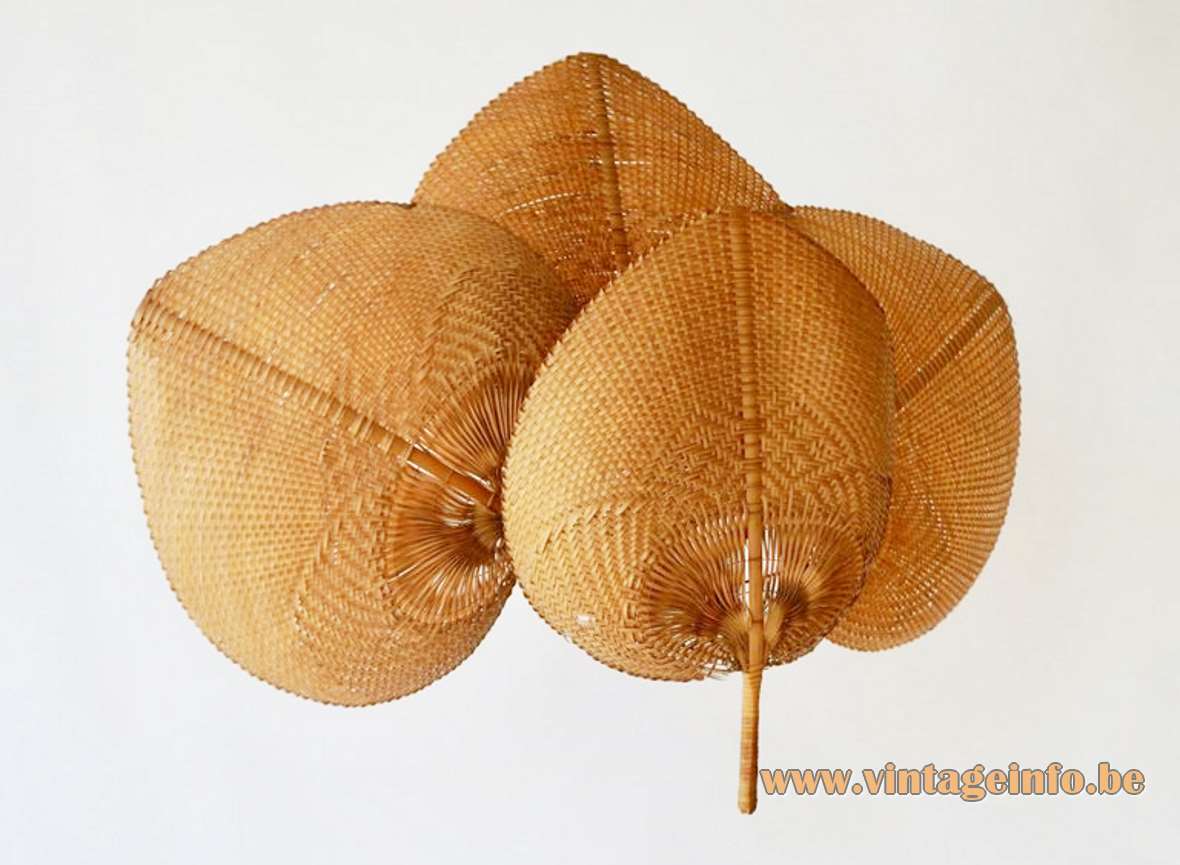 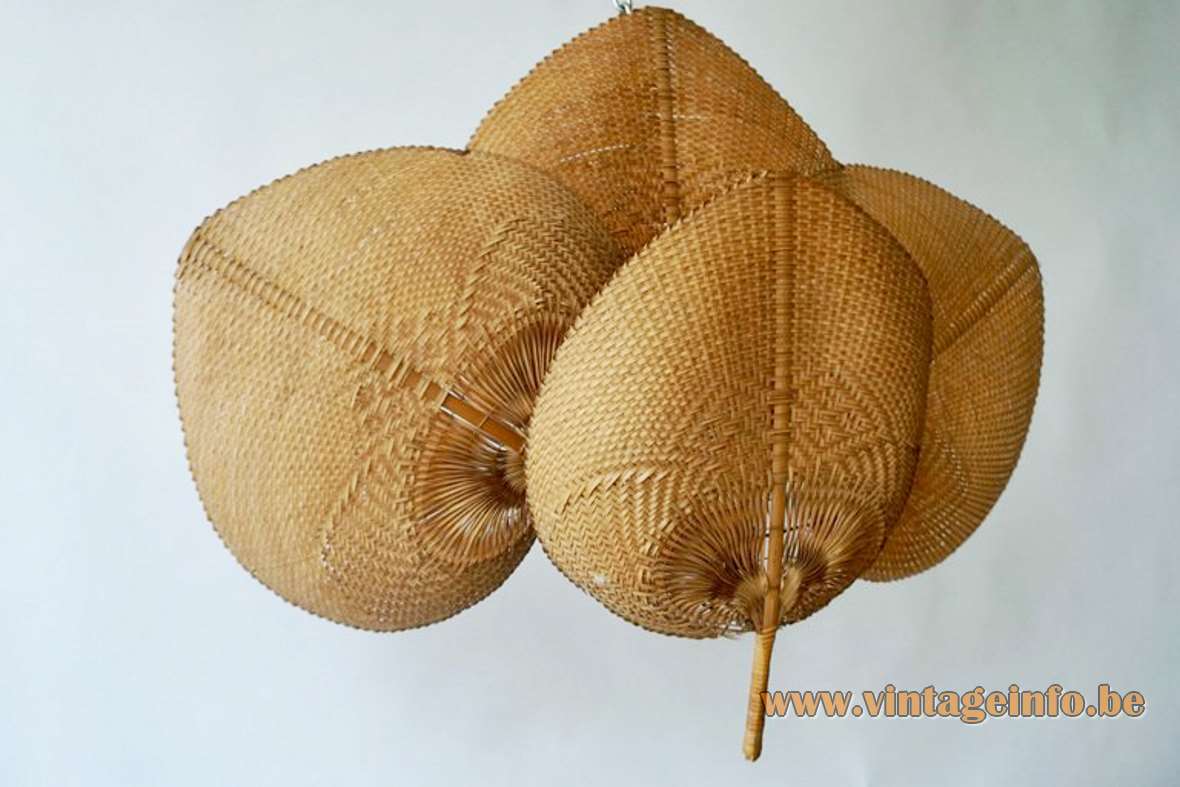 Uchiwa table lamp (not made by Design M)

Other versions: This Quadruple Uchiwa wall lamp was made in many varieties.

In 1973, Ingo Maurer was particularly interested in Japan, which can be seen in his designs from that time, such as the Uchiwa fan lamp series. This wall lamps is inspired by both the Japanese fan and the Ingo Maurer lighting.

In 1966 he founded his company Design M. and his first lamp was born: Bulb. Maurer received several design awards. His most well known lamps are on display in several museums such as the MoMA in New York.

He designed the Bulb table lamp in 1966 and the Gulp desk lamp in 1969. The Light Structure pendant lamp as co-designer in 1970. His Little Black Nothing pendant lamp and the YaYaHo low-voltage halogen system in 1988.

An Ingo Maurer Uchiwa chandelier/pendant lamp appears in  the 1980 Canadian film The Agency (Mind games). A dramatic thriller with Lee Majors and Robert Mitchum. You can see the film here below. 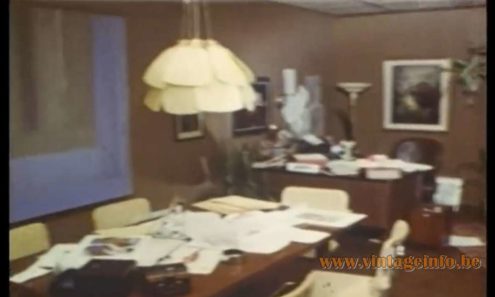 https://youtu.be/JM-qFIuq8Os
Arteluce Ciao Table Lamp
FLOS Viscontea Cocoon Pendant Lamp
Glashütte Limburg Bubble Glass Garden Wall Lamp
Svend Aage Holm Sørensen Brass Flush Mount
Vintageinfo uses cookies to improve the functioning of this website. First party cookies (cookies for our statistics) and the “Last Viewed” cookie is obvious. The other cookies are from Google. Nothing to be worried about, but we have to mention it. You can opt-out or block the cookies, no problem, the website will be available, only the “Last viewed” items won’t be visible.Accept Read More
Privacy & Cookies Policy