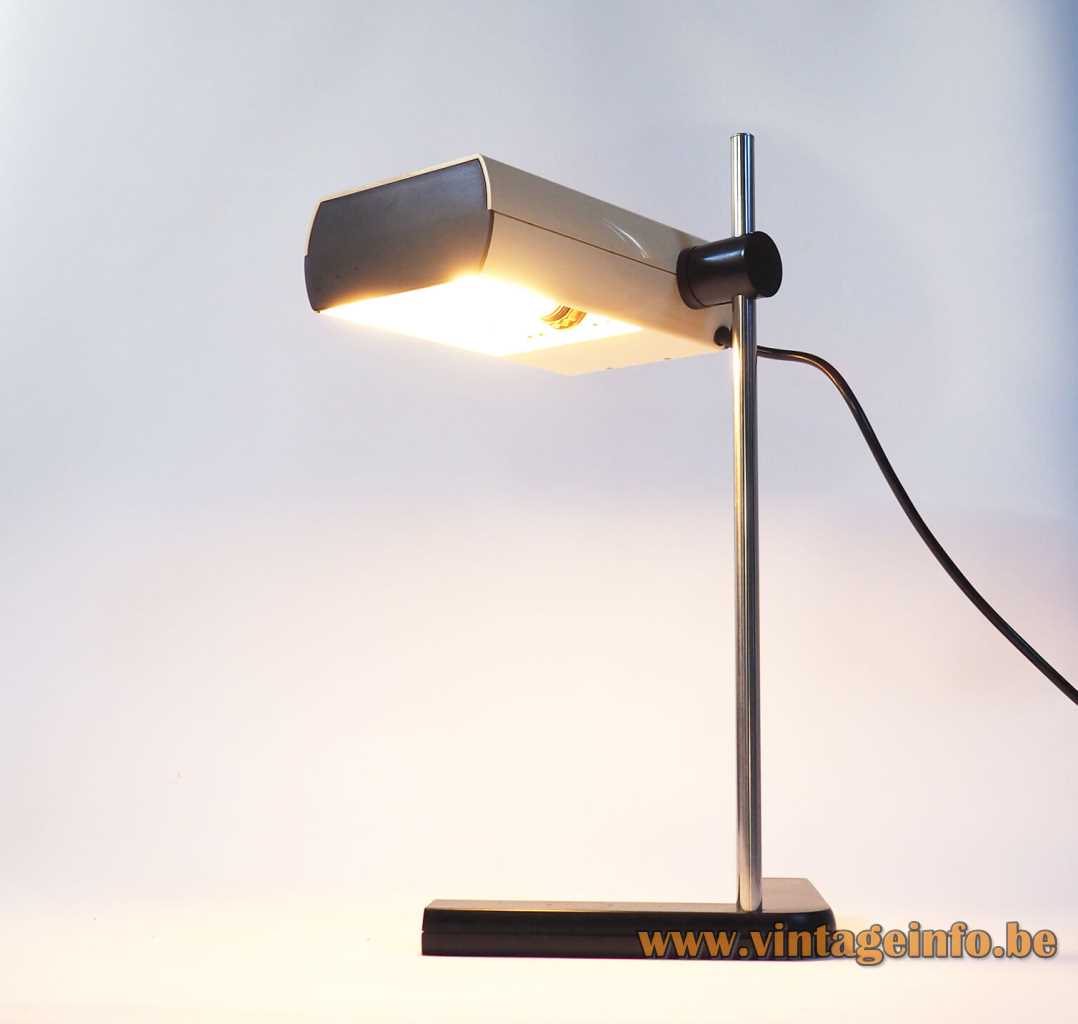 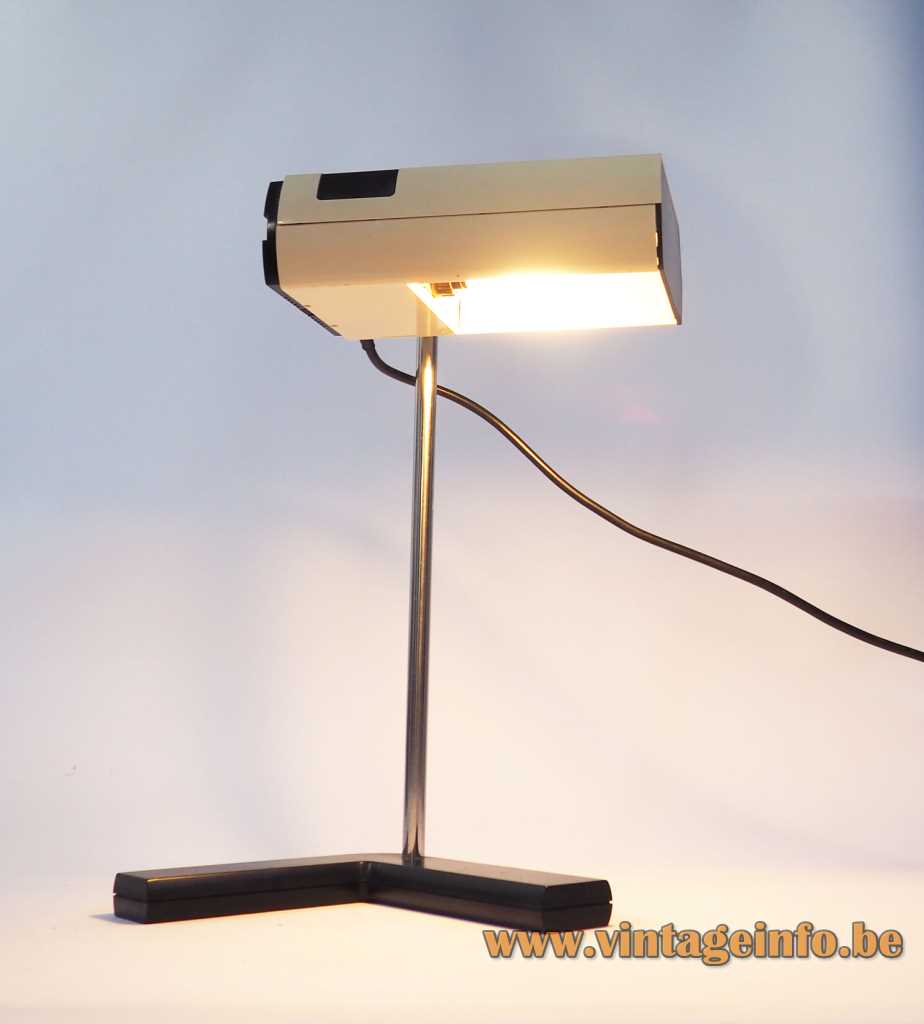 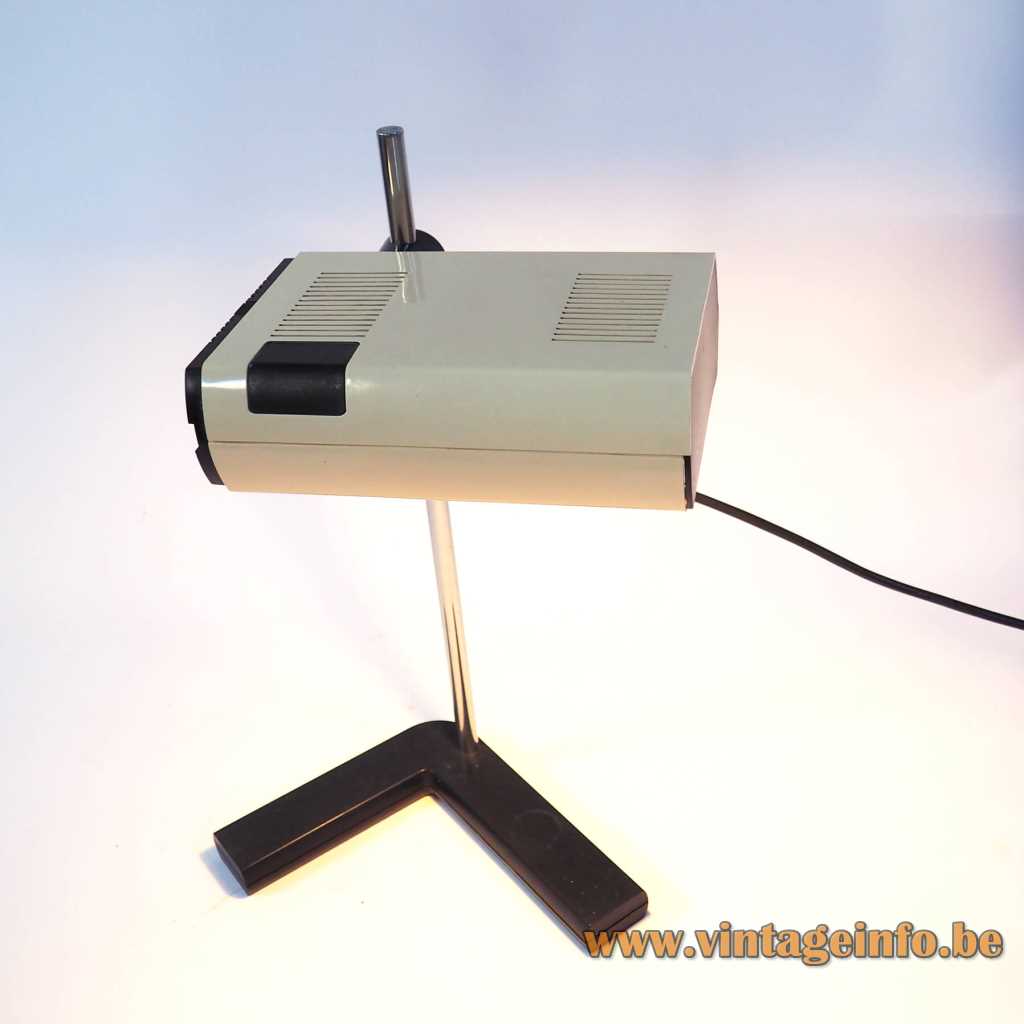 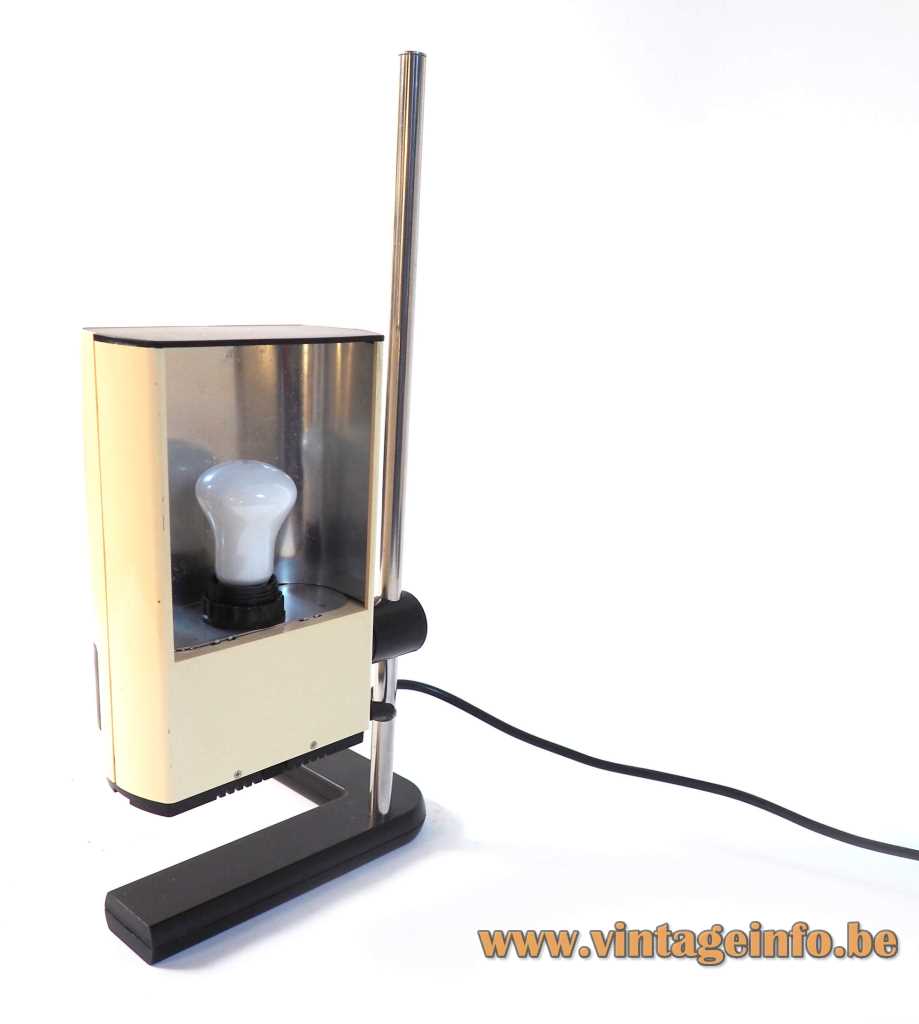 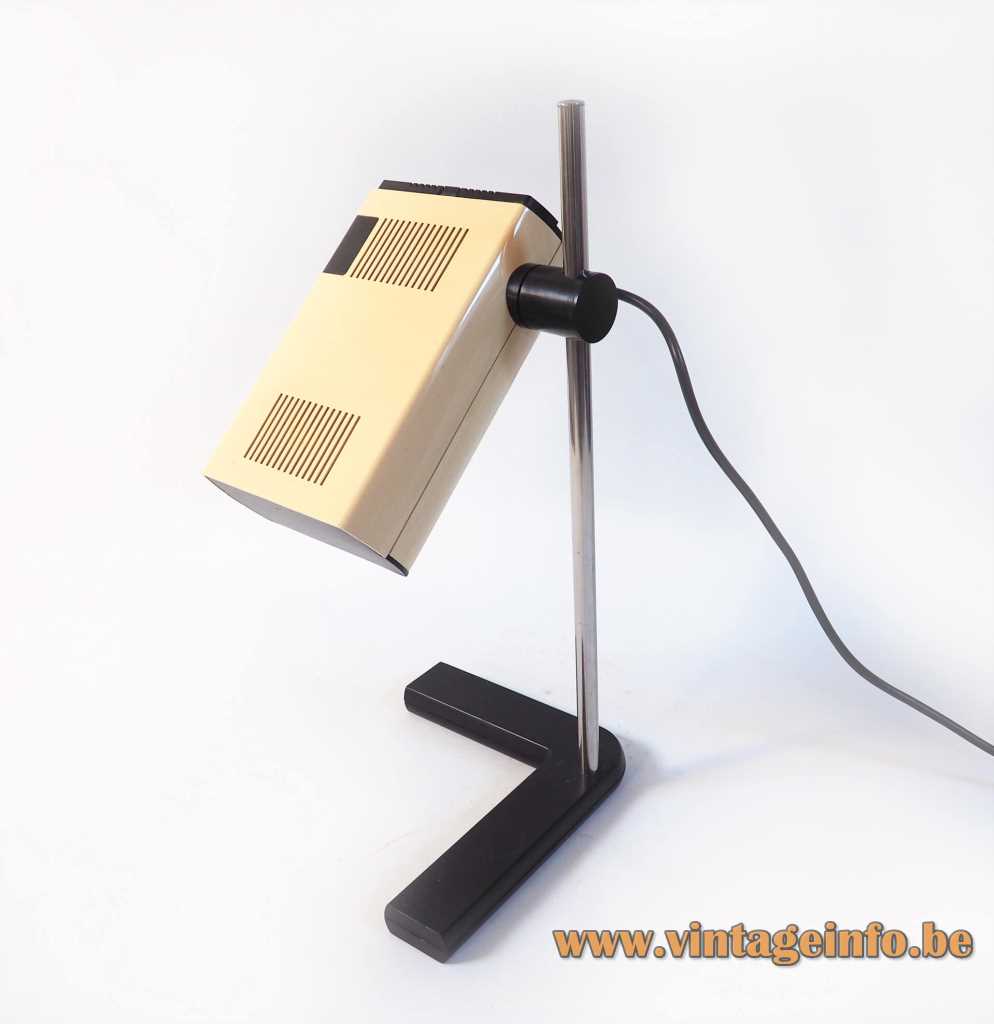 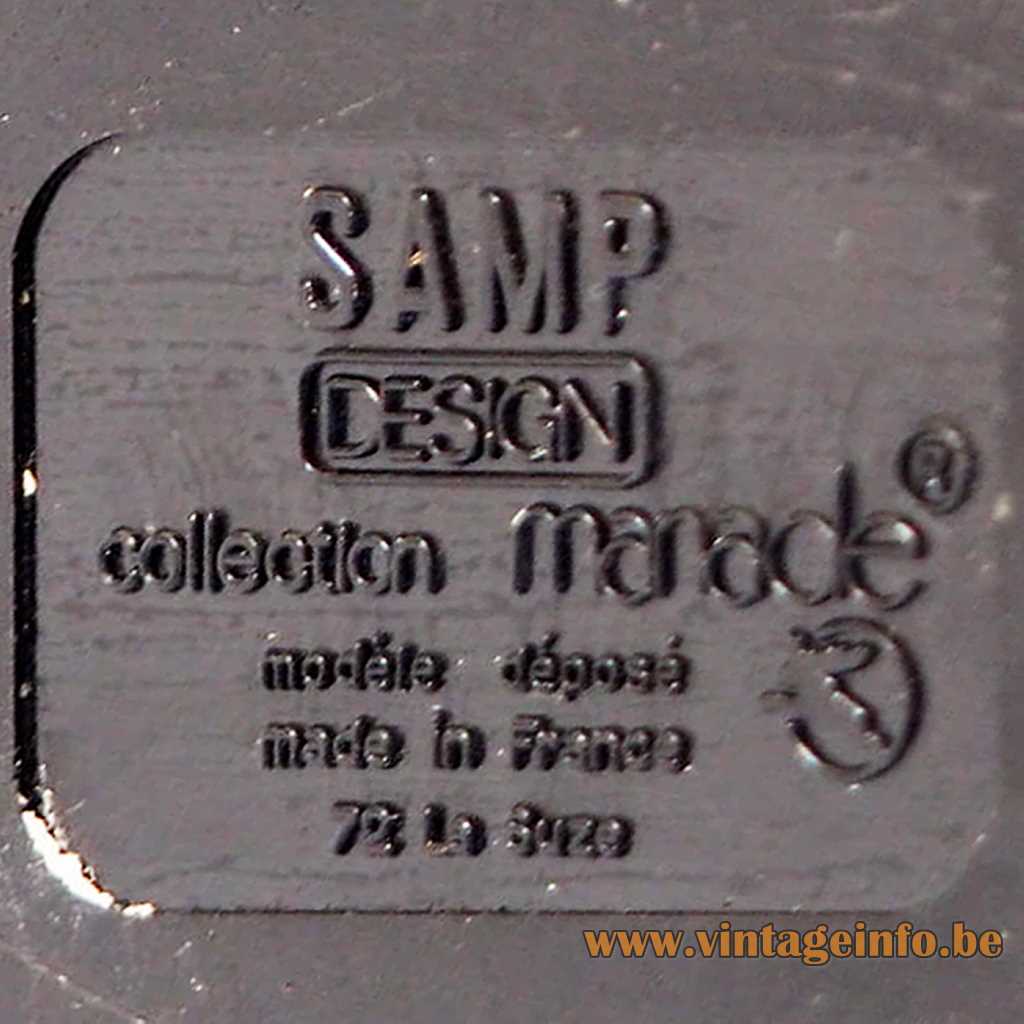 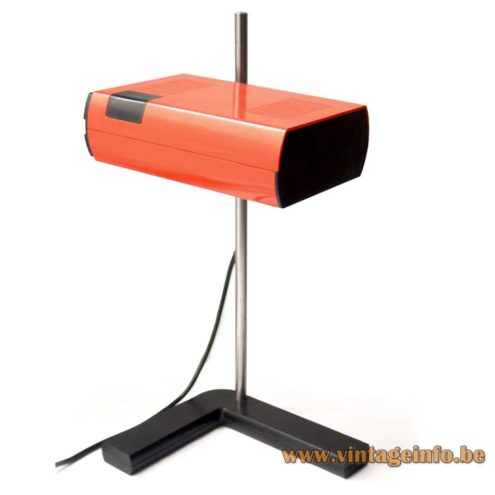 Other versions: This Manade Samp desk lamp exists in many colours. At least made in black, blue, red, orange, beige, white and yellow.

Jean-René Talopp was born October 15, 1950 in Boulogne-Billancourt, France. He is a graduate of the National School of Applied Arts (ENSAAMA) in Paris in 1973.

In his last year he worked together with the design department of Samp in La Suze-sur-Sarthe on a series of plastic office accessories, as you can see in the catalogue picture. The Samp company was specialised in plastics. In 1975 Samp was taken over by the SAF company of Ferodo. In 1980 Ferodo became Valeo.

Jean-René Talopp worked as a designer in various industrial companies, among others Valeo and Allibert.

From 1985 until 1993, he began teaching at the ESDI (Ecole Supérieure de Design Industriel), the School of industrial design in Paris were he eventually became the manager.

in 1993 he founded Strate College Designers, a training dedicated to industrial design. He left the SCD in 2013.

He was also a member of the strategic board of the APCI (Association for the Promotion of Industrial Creation), of the DMI (Design Management Institute) and of the IFD (French Institute of Design).

The Manade company was founded in 1978, a couple of years after the Samp company was bought by Ferodo. Manade started with this range of office accessories. The Manada company is still specialised in office equipement and office lighting.

In 1982 the Corolle office accessories collection was born. It was created with the support of designer Jean-René Talopp. In 1983 Philippe Michel designed the famous LF11 desk lamp. It was the company’s first step in lighting.

Today, 2020, the company is still active and produces a wide range of office accessories. The catalogue can be viewed on their website. 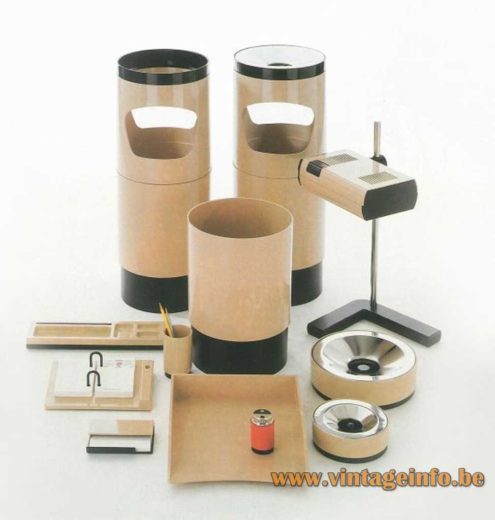 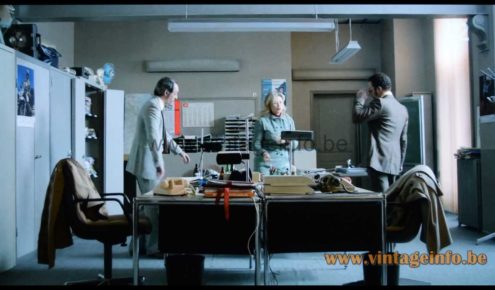 A Manade Samp desk lamp was used as a prop in the Belgian 1980 film Hellegat. Starring Jos Verbist, Paul S’Jongers and An Nelissen. 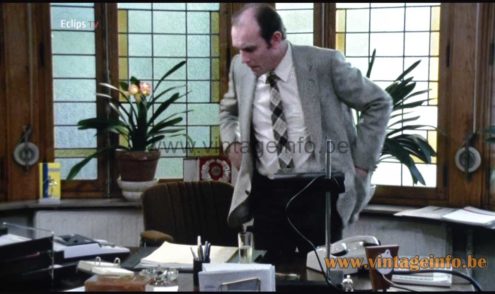