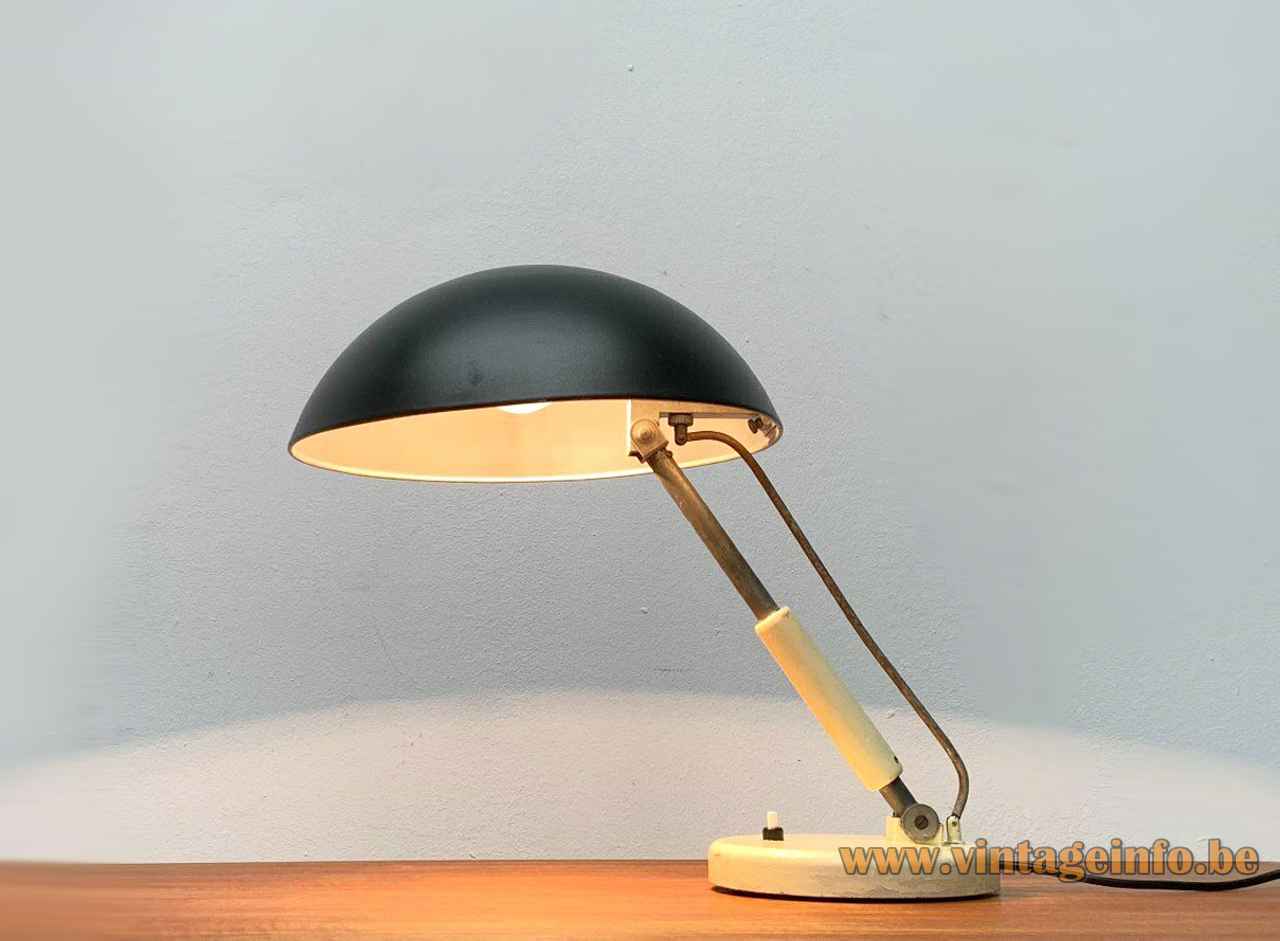 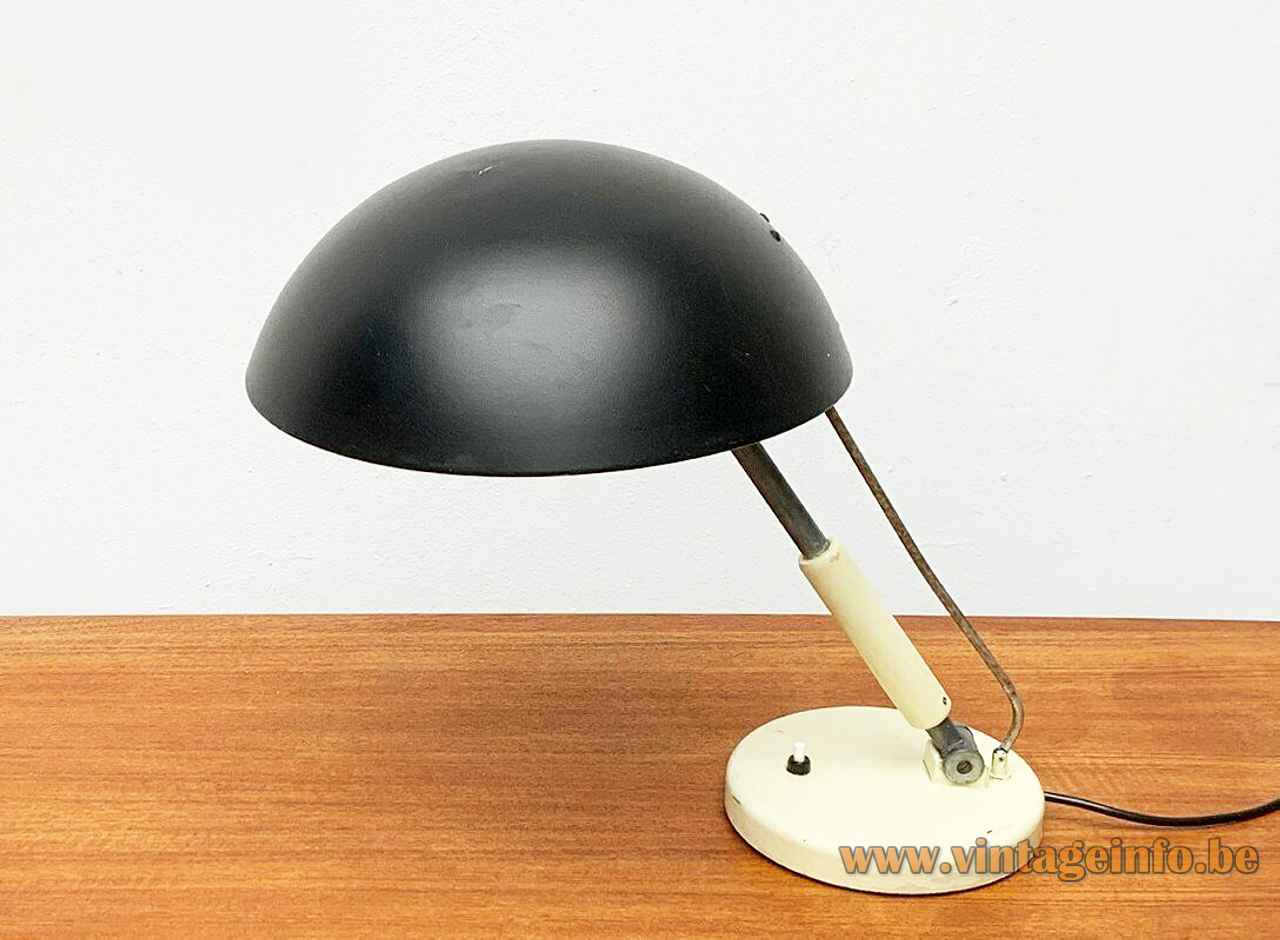 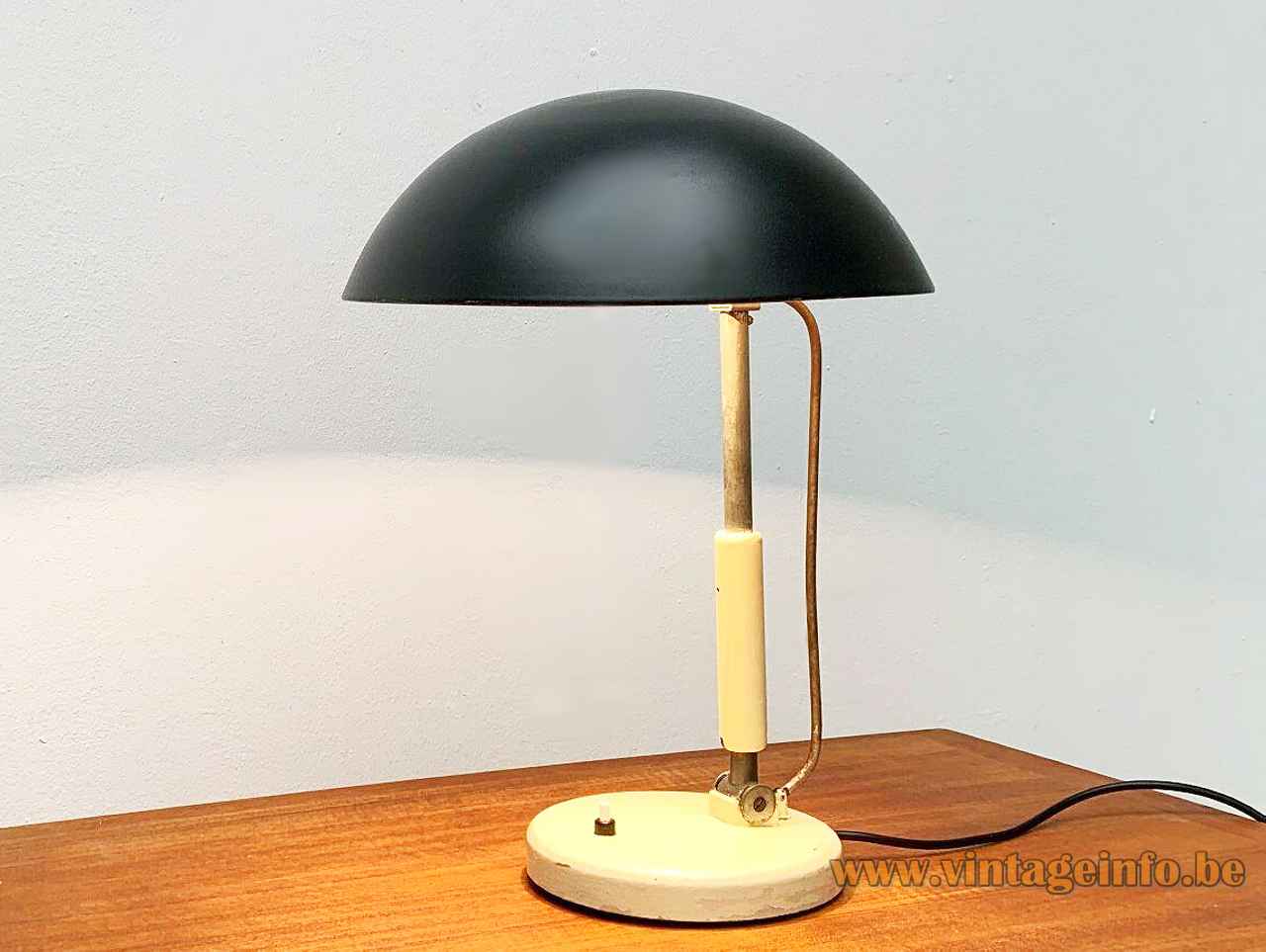 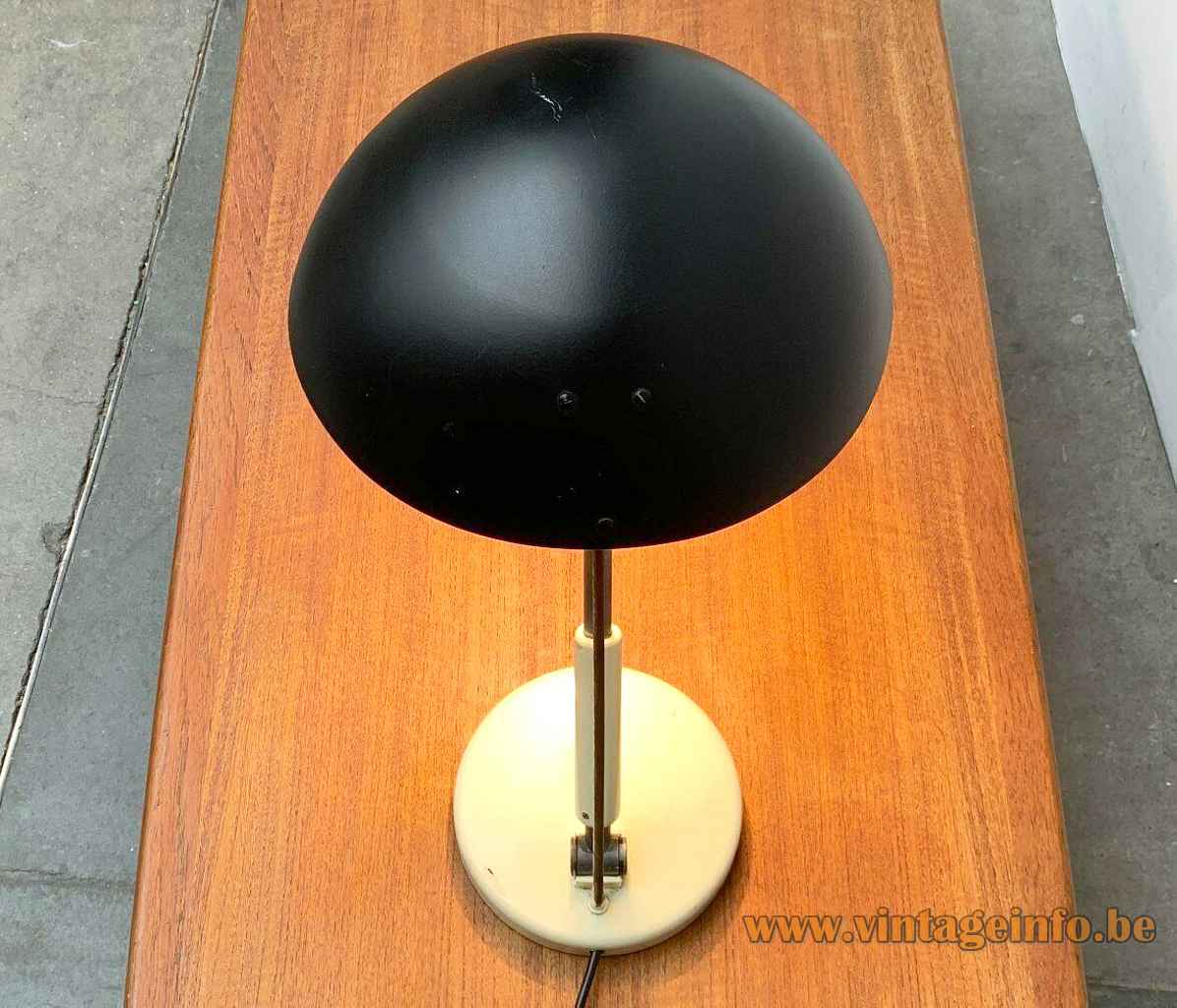 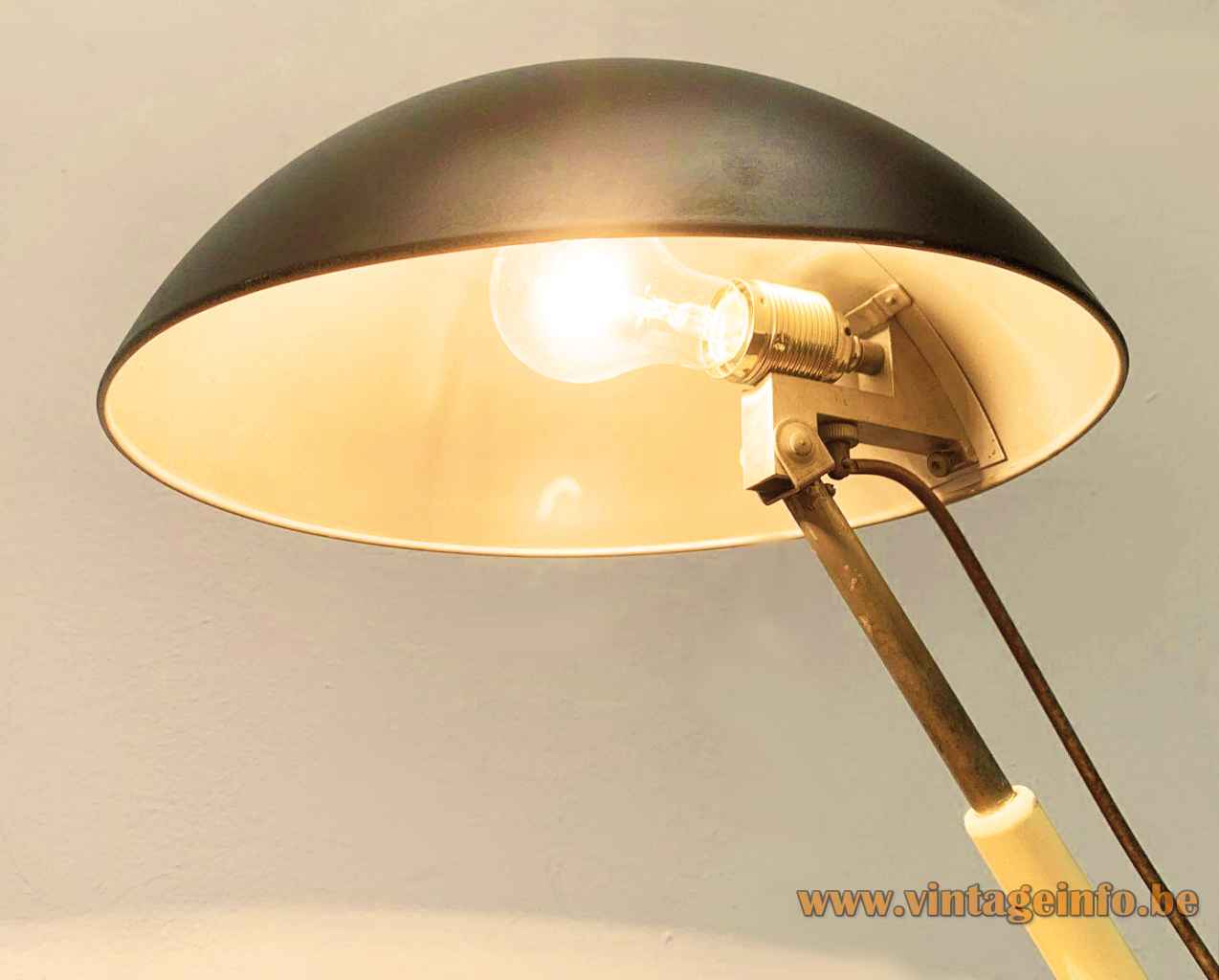 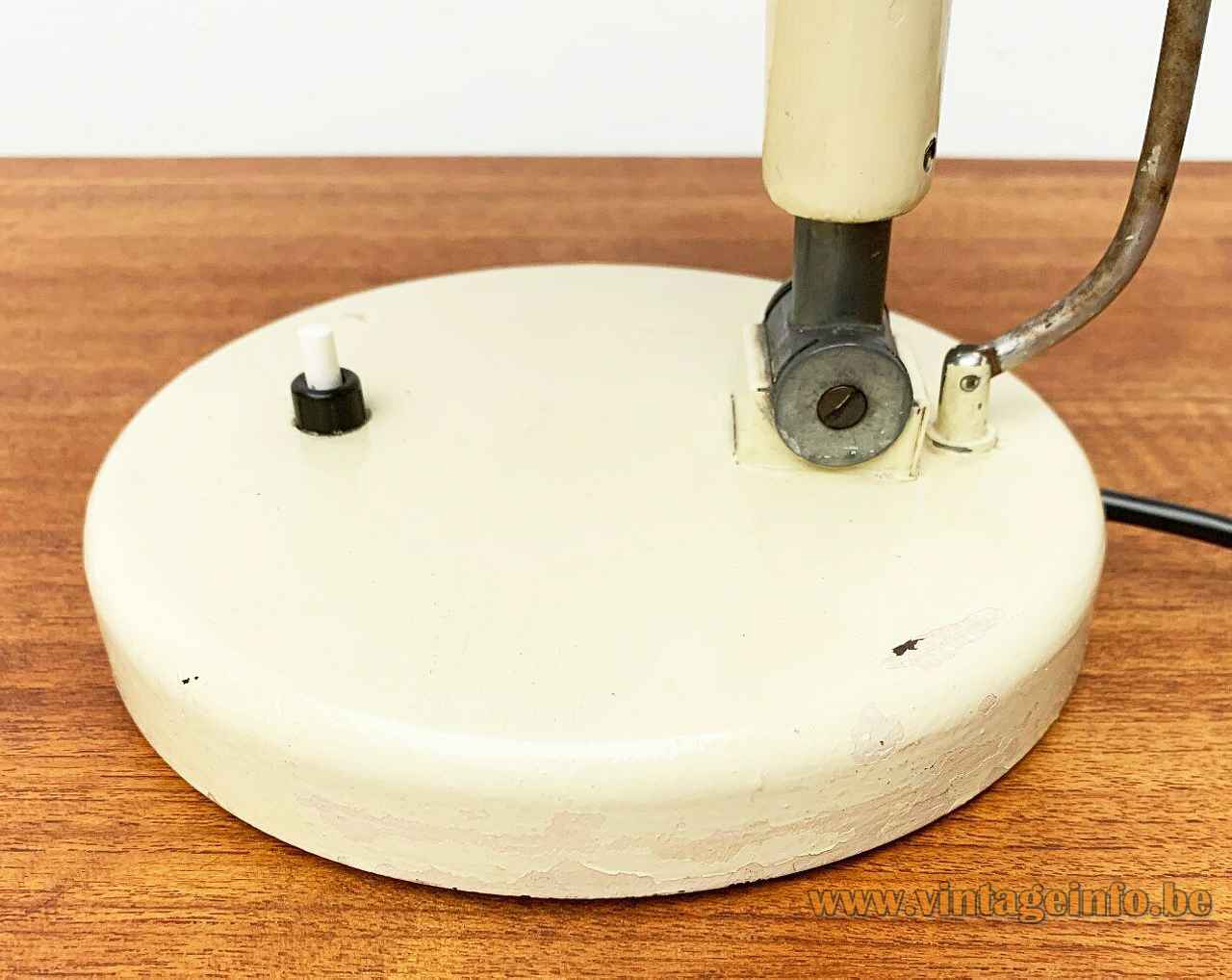 This desk lamp on the website of the MoMA museum, New York

This desk lamp on the website of the German National Museum

Other versions: This Karl Trabert Schaco desk lamp exists in a few versions and colours. Also a version made by BAG Turgi from Switzerland was made until the 1960s.

A lot of confusion about the designer. Some say he was born in 1858 and passed away in 1910, others say he passed away in 1968 and the birth-date is unknown. But this desk lamp is designed around 1934. Some sources say he was an employee of the Schuko company. Others say he was a designer in close contact with the artists and architects of the German avant-garde. Also said that it is possible that he is the designer.

In 1968 the Schanzenbach heirs left their company to the Commercial councillor Johann Kerschgens: He bought the company with loans that the banks granted him in the good name of Schanzenbach. 2 years later, in October 1970, the company went bankrupt. Kerschgens had withdrawn 4,3 million marks (2,15 million euro) from the company treasury. The company, insolvent with debts of over 40 million marks, had to fire its 380 employees and close the books. 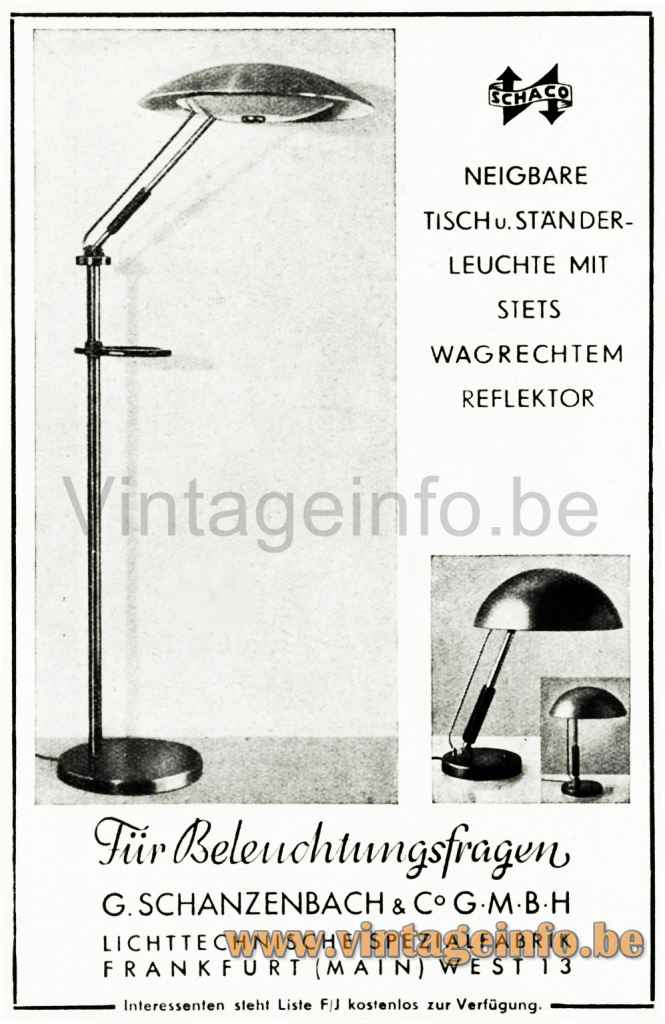