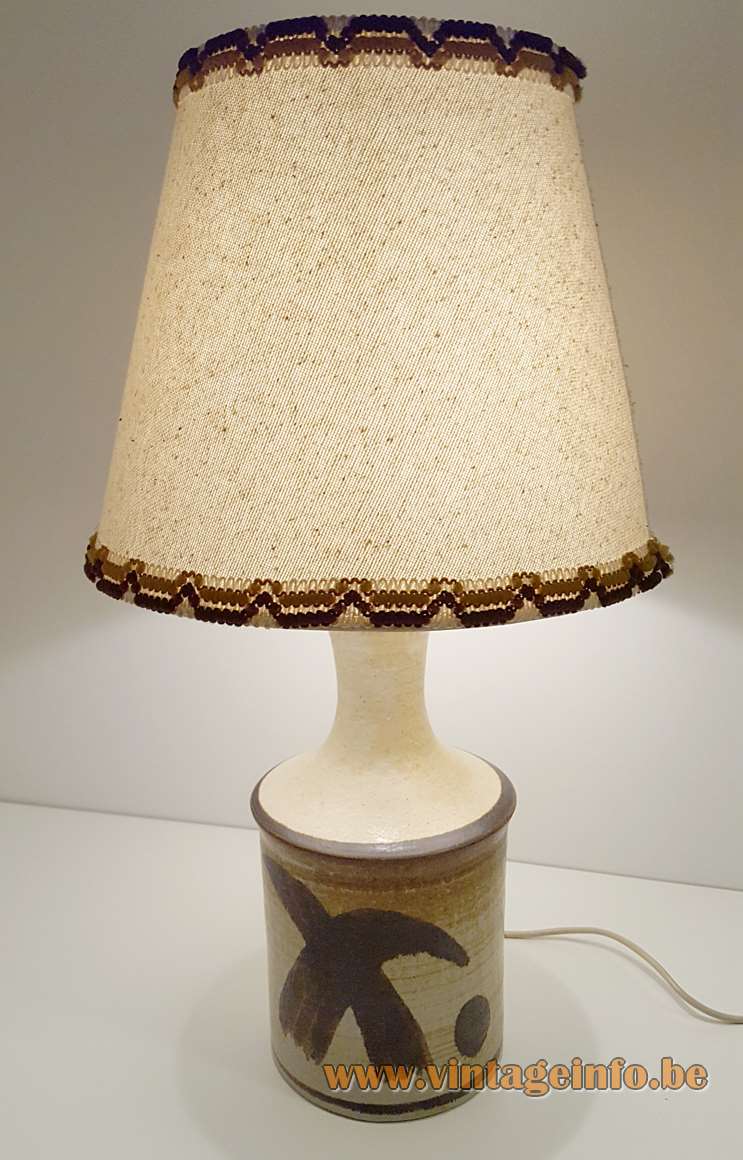 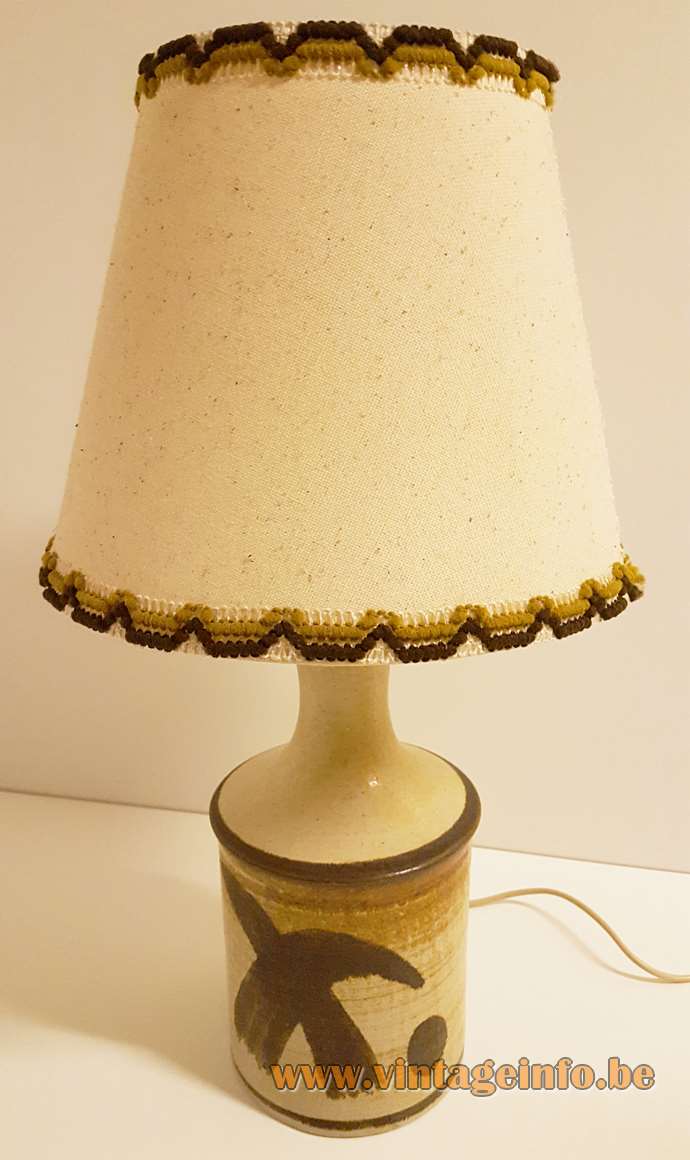 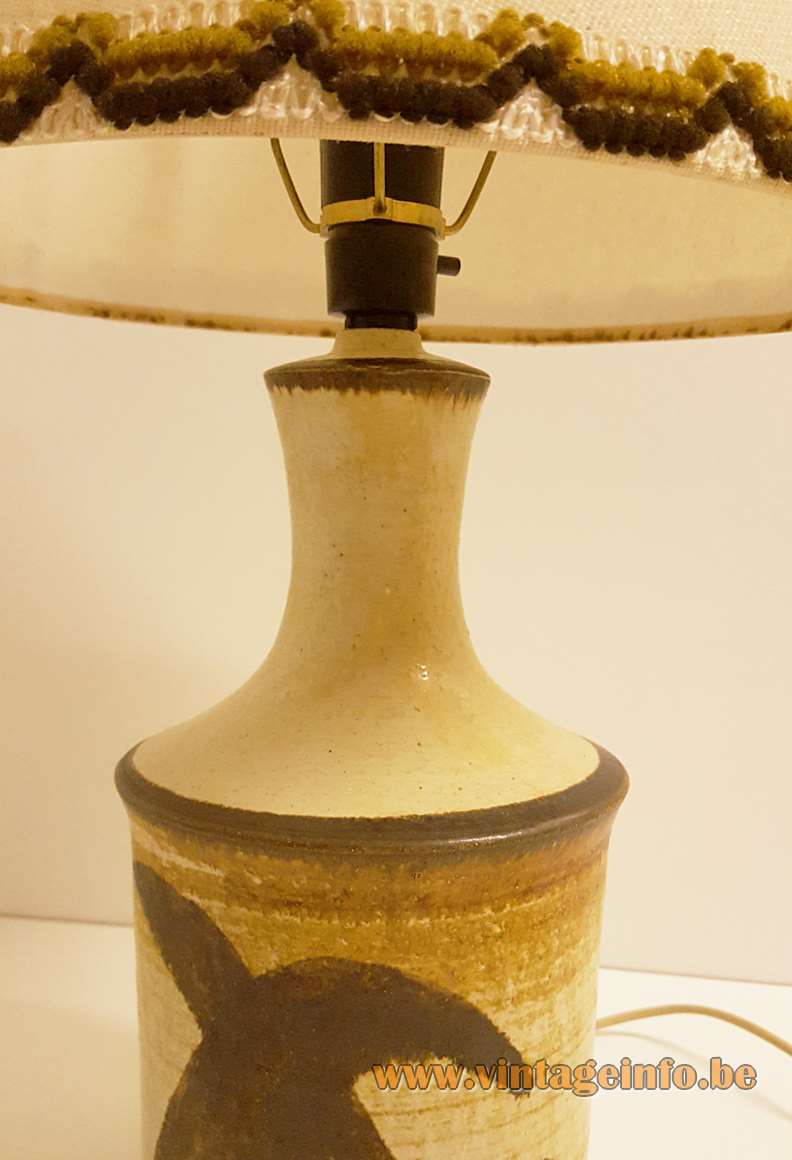 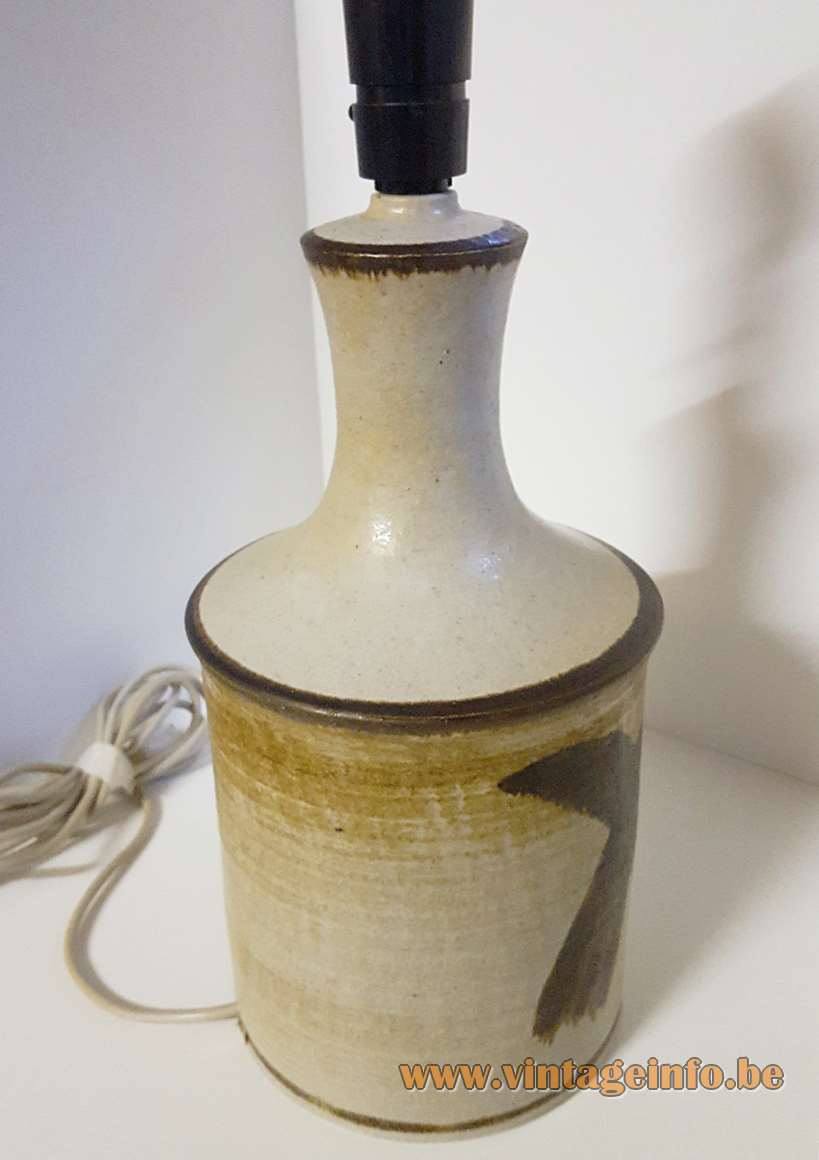 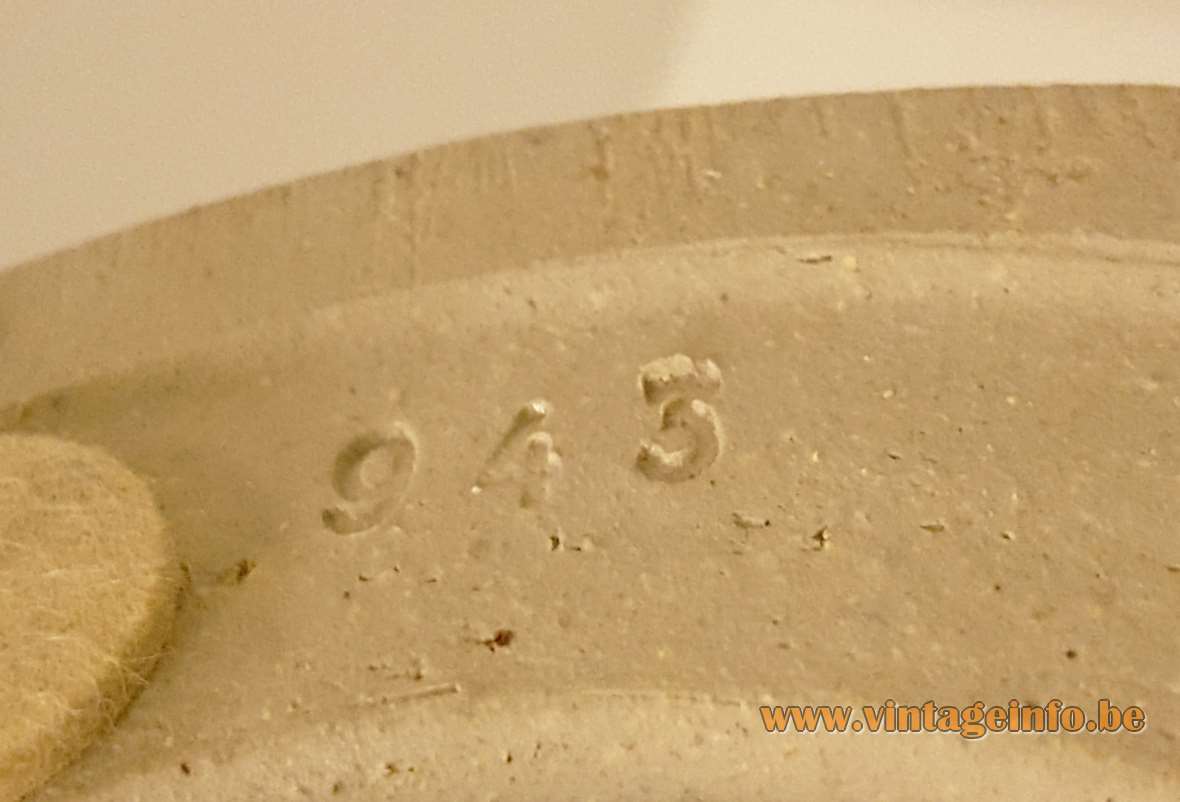 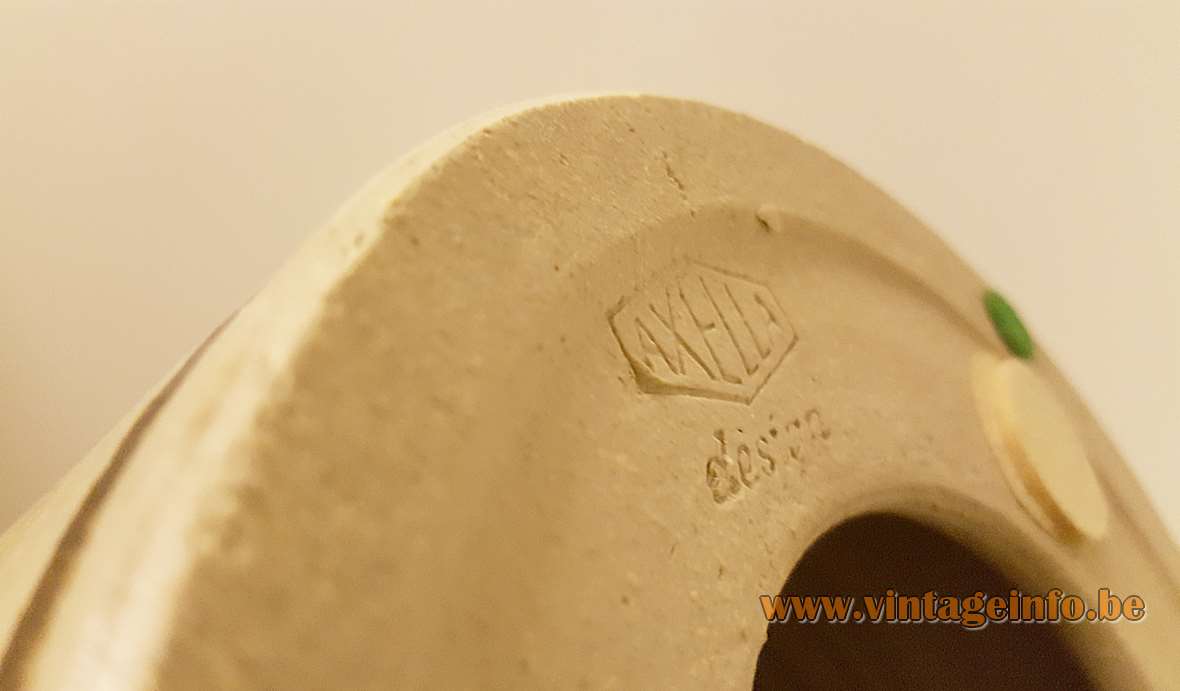 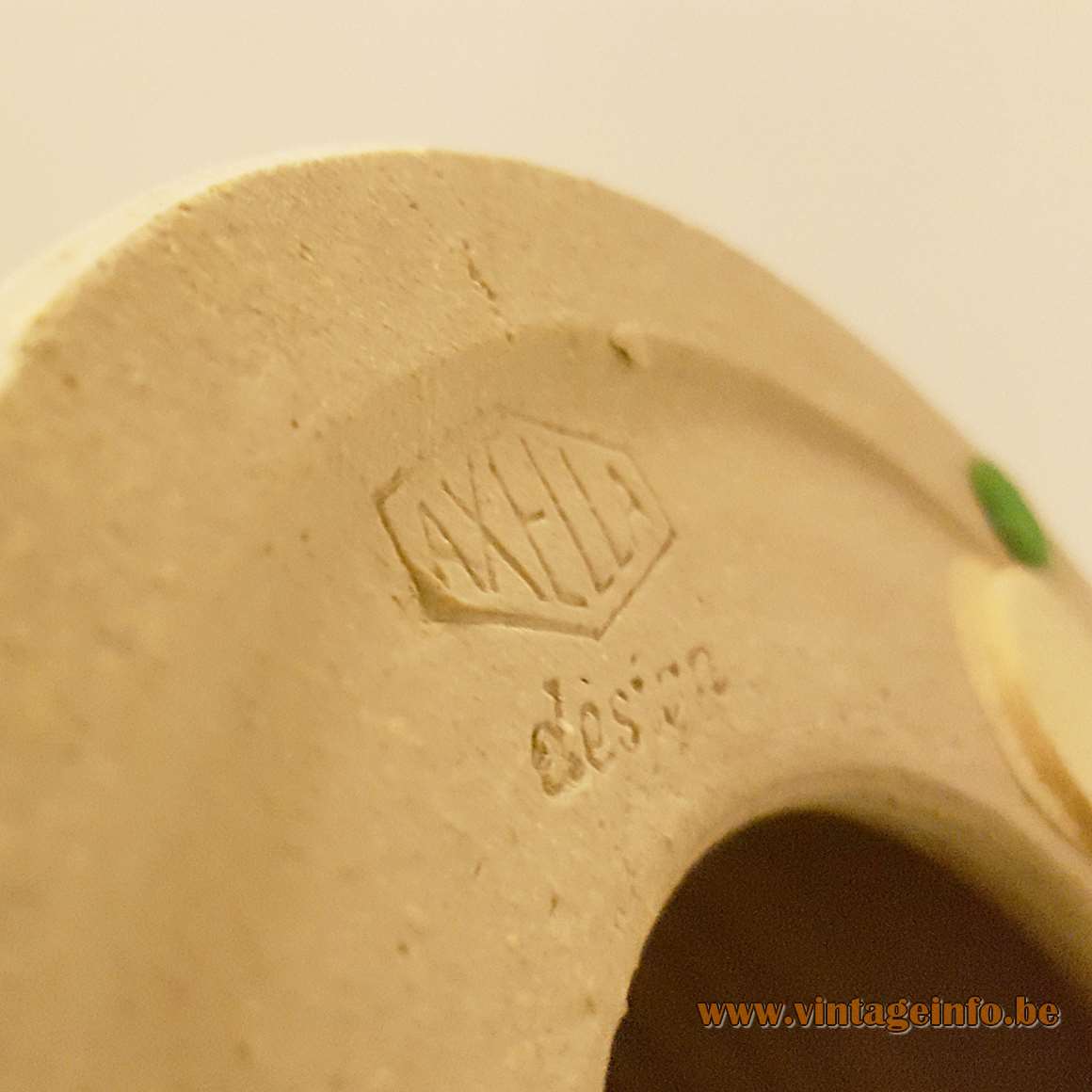 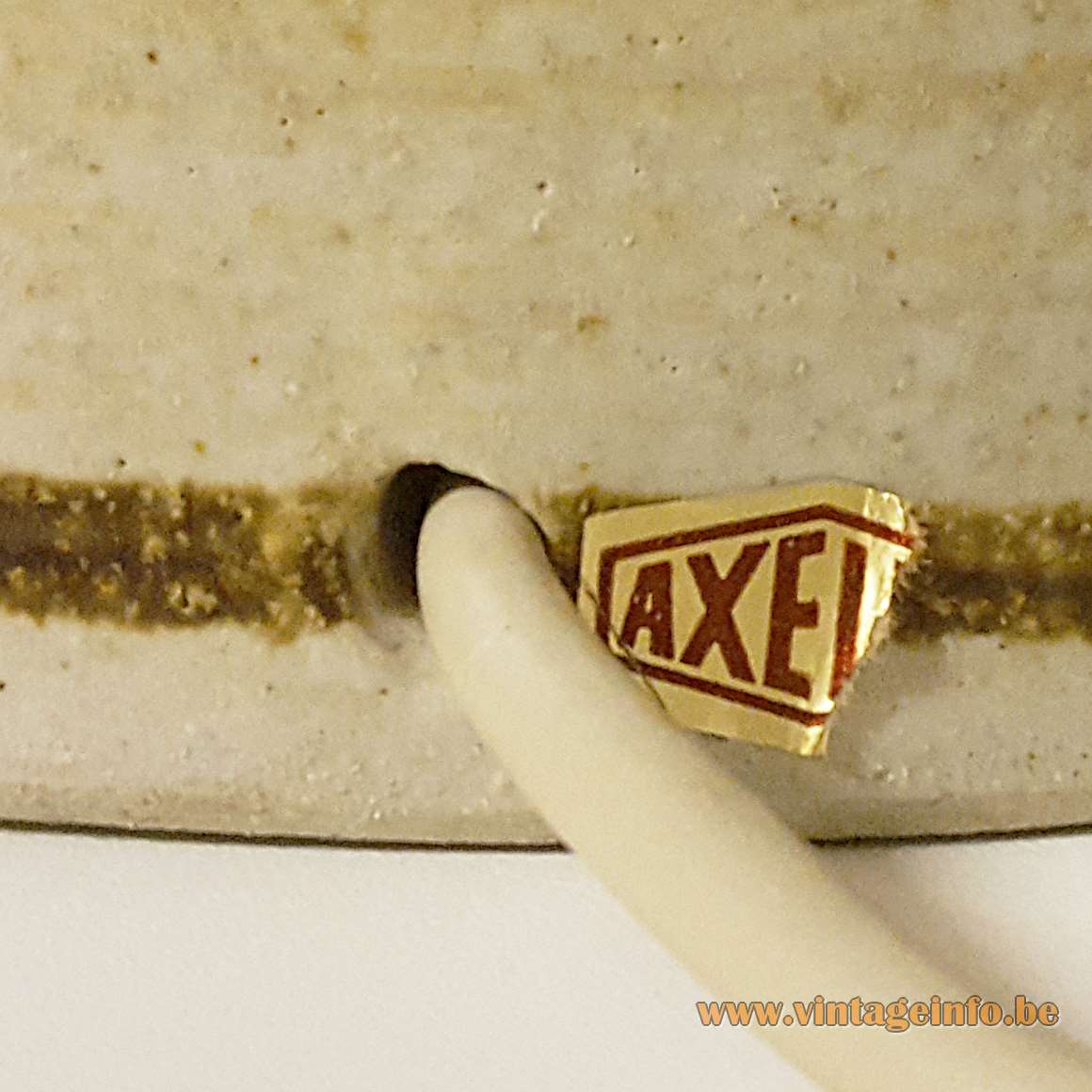 Other versions: This Jette Hellerøe table lamp exists in some varieties.

Jette Hellerøe was a Danish ceramicist and the most famous pottery maker that worked for AXELLA Design. She also worked for BR Pottery Denmark and had her own pottery. Not much is known about the artist.

AXELLA was founded by ceramist Aksel Larsen around 1970. In the late 1970s the name was changed into AXELLA Keramik (Axella Pottery). Later on it changed again into AXELLA Design. The company was shut down in 1987.

A Jette Hellerøe table lamp, not this version, was used as a prop in the 2015 Icelandic crime drama TV series Case (Rettúr), season 1, episode 1. Starring Steinunn Ólína Þorsteinsdóttir, Magnús Jónsson & Birna Rún Eiríksdóttir. Many other lamps appear in this series. It is possible that this lamp was made by Bartholdy, another Danish ceramics company. They produced similar models during the same period. 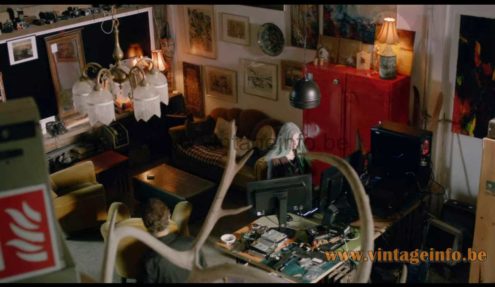 Many thanks to Marjan from Vintage Drachten for the beautiful pictures, research, text and enthusiasm.