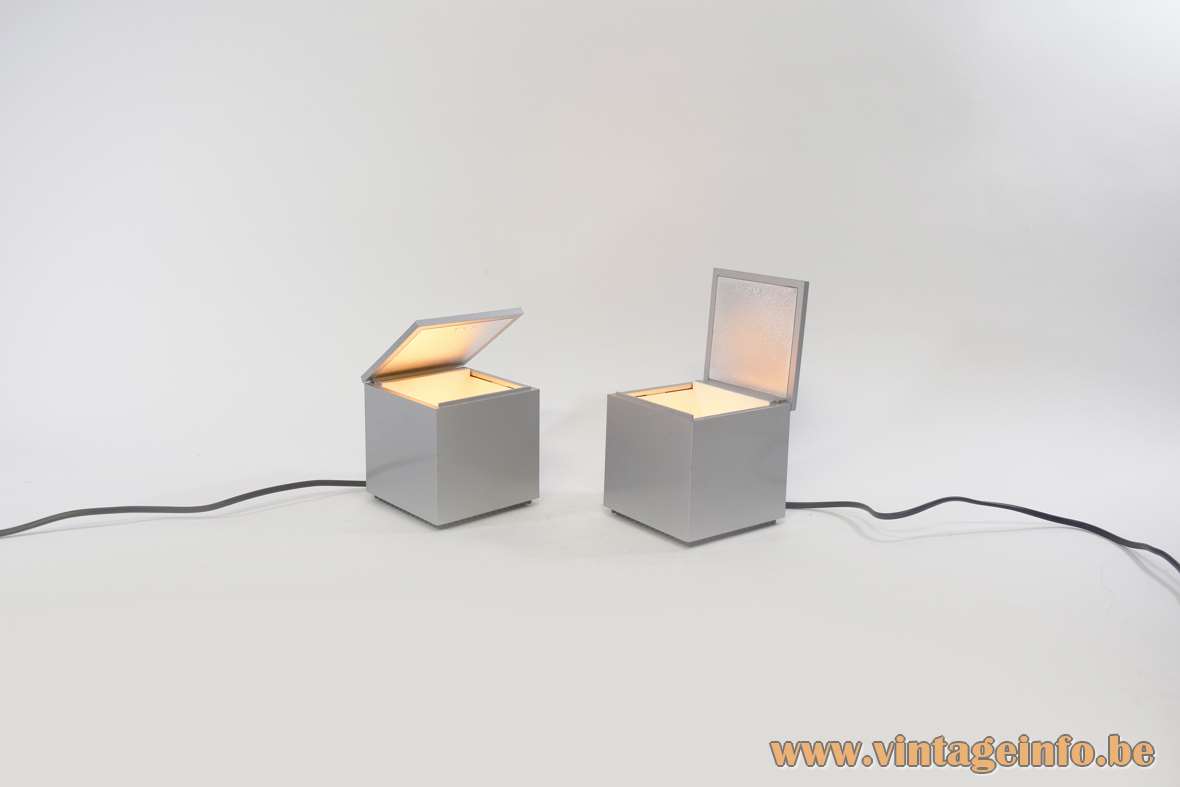 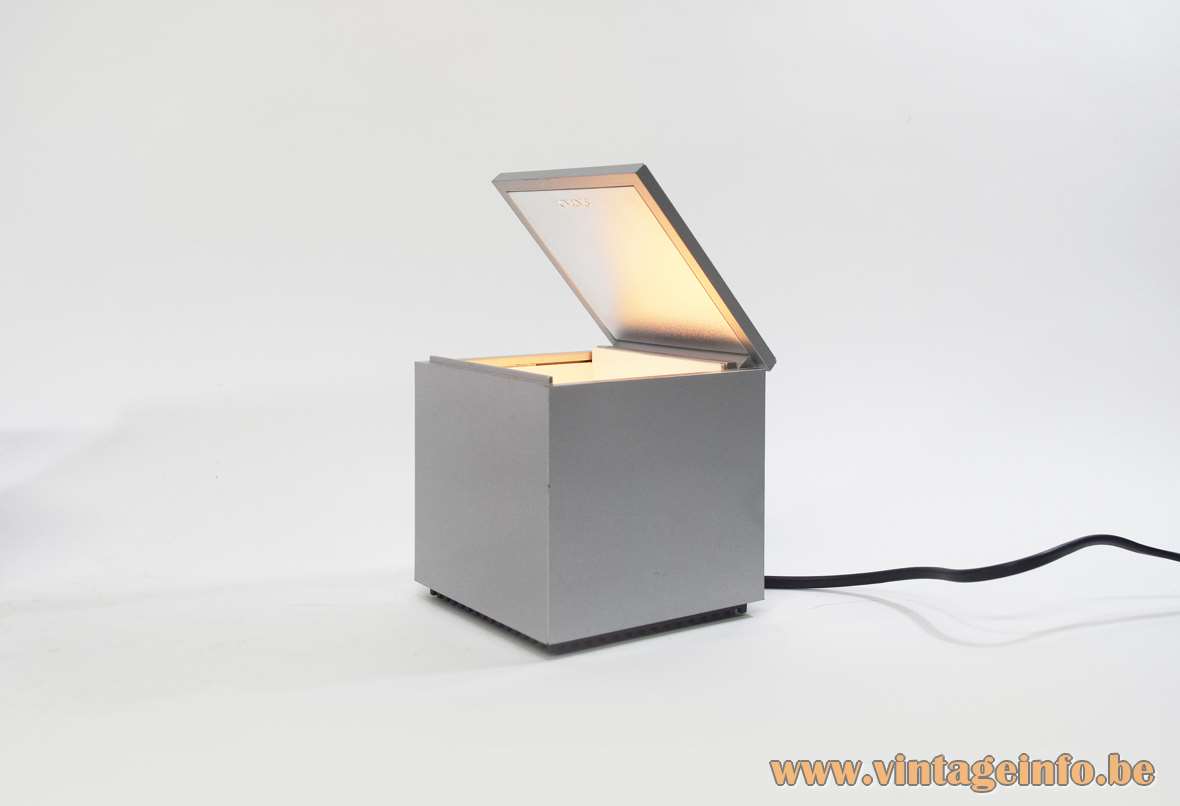 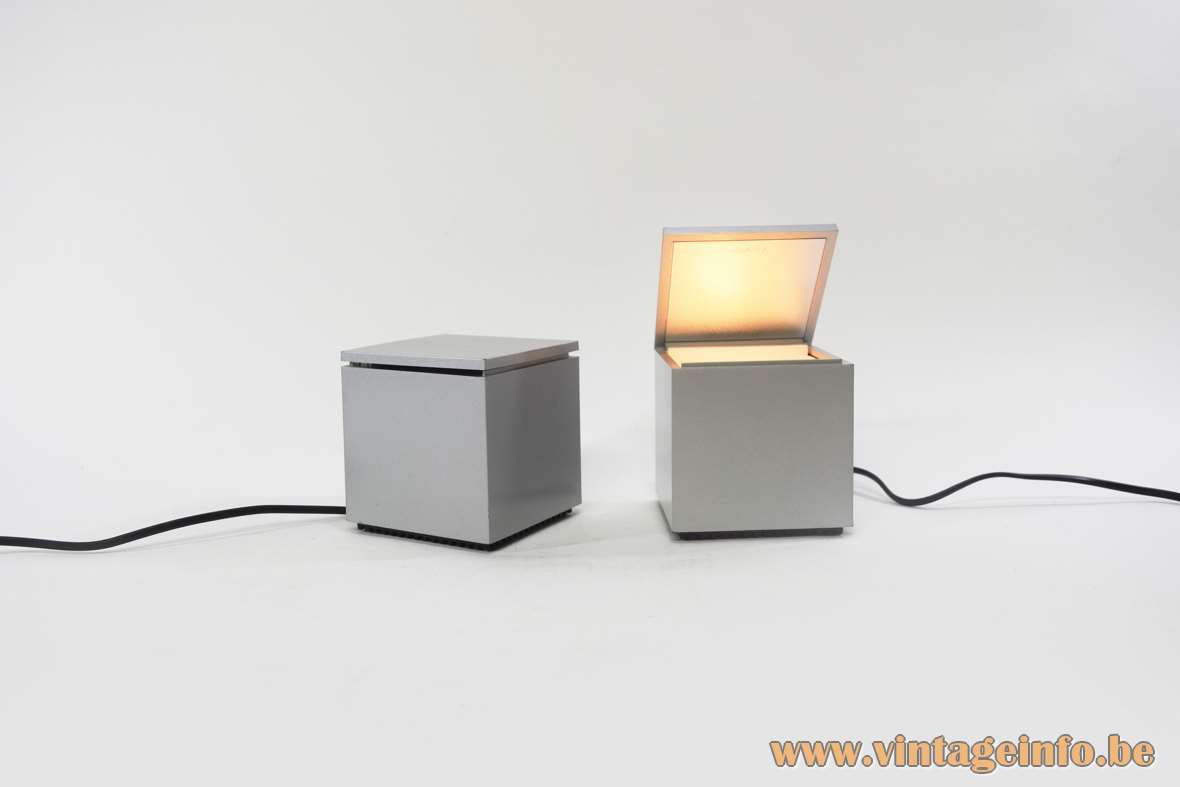 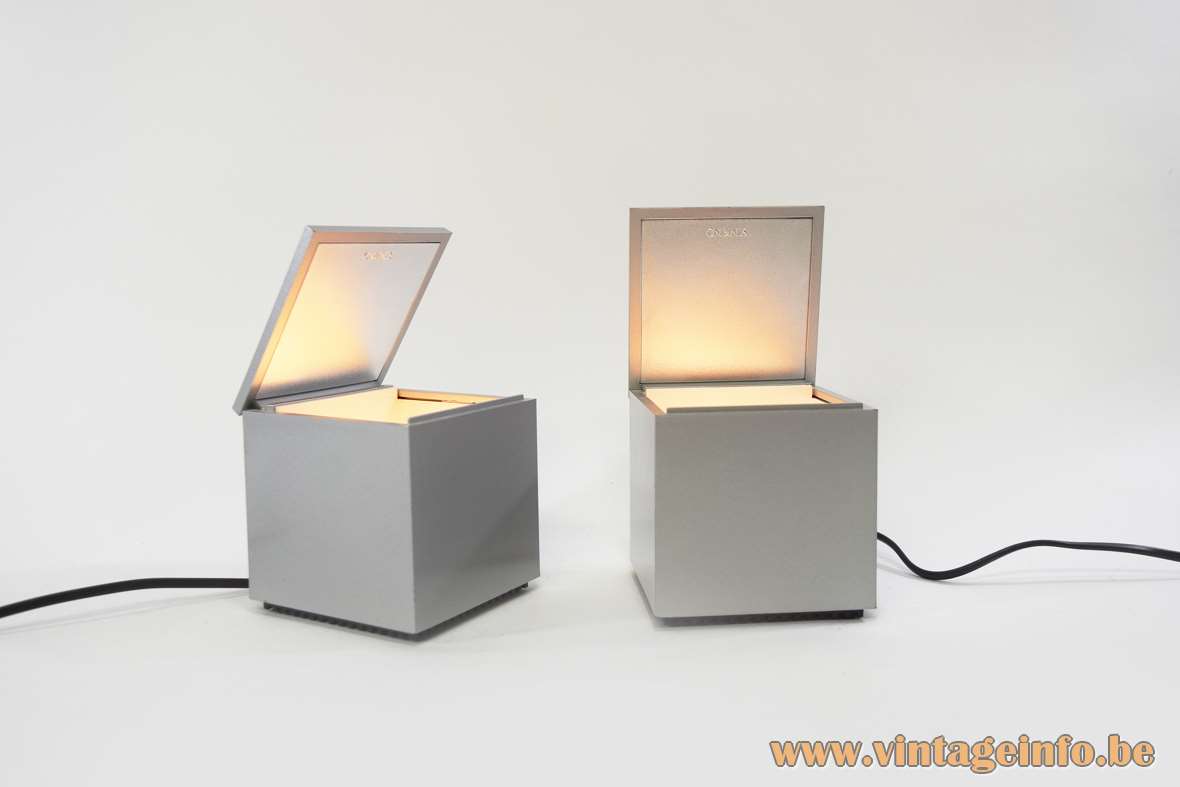 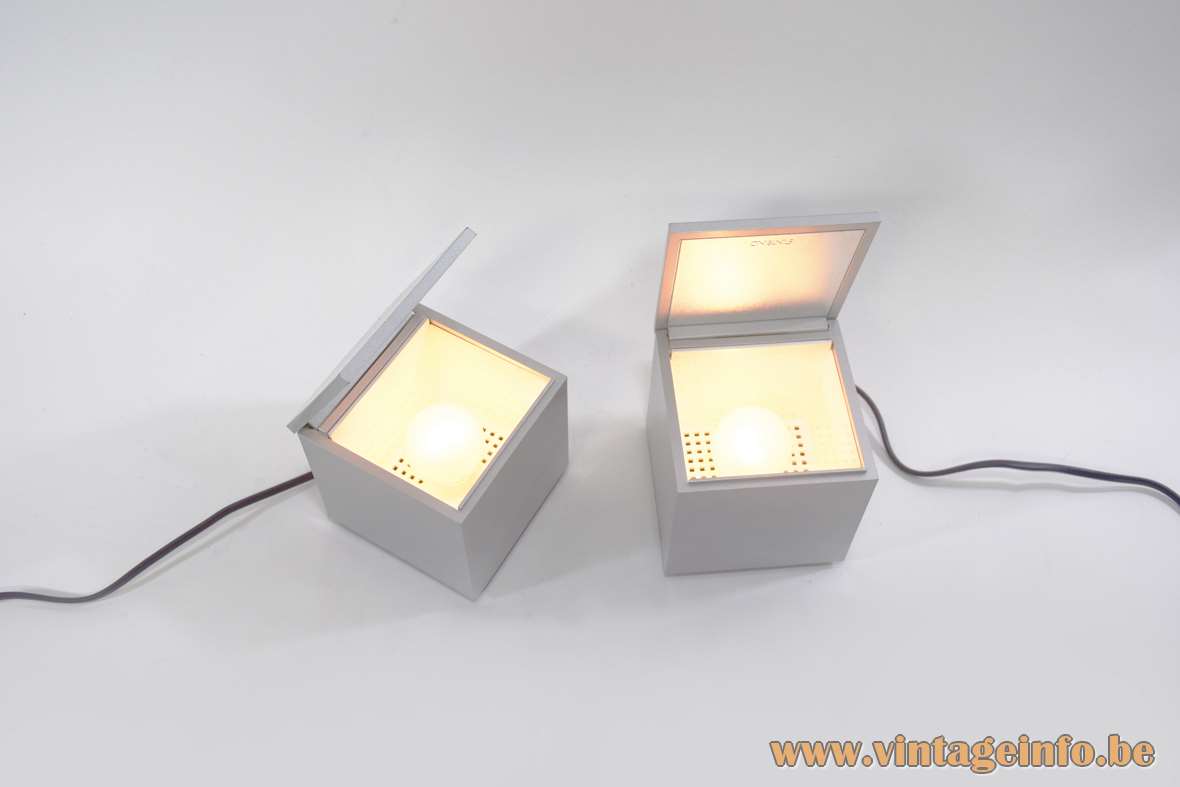 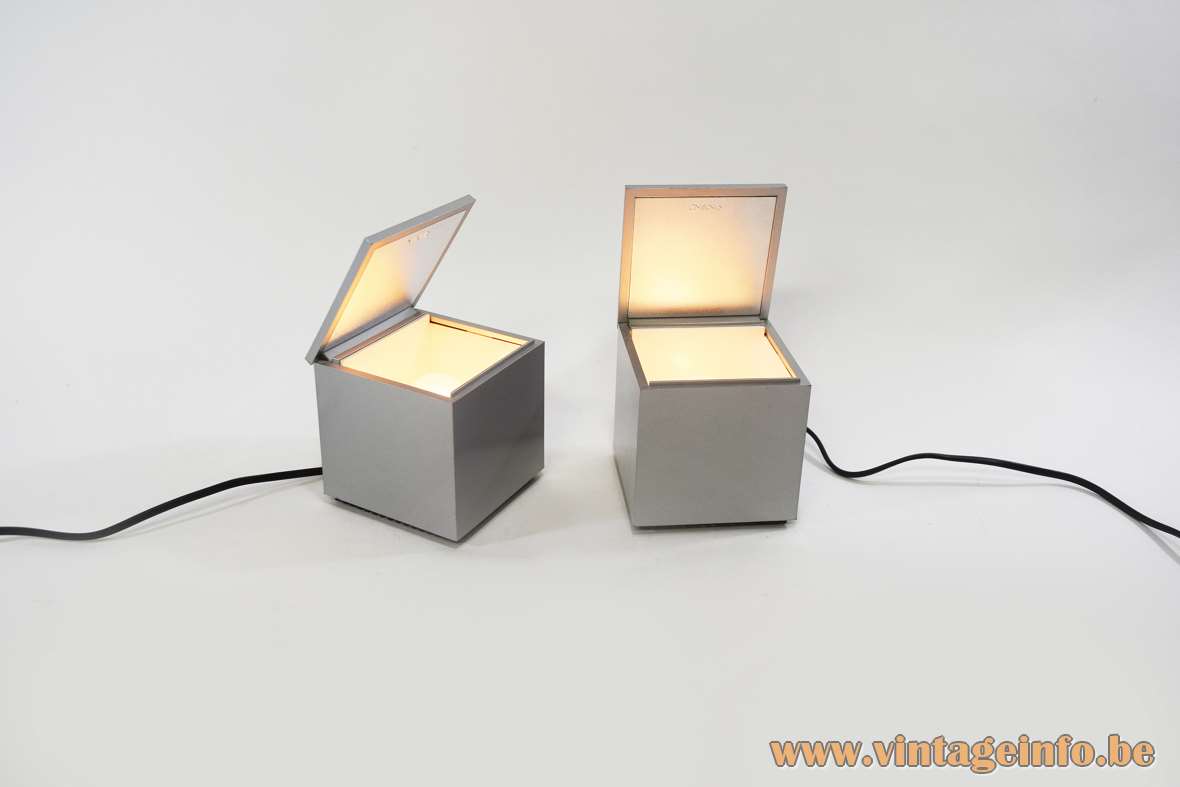 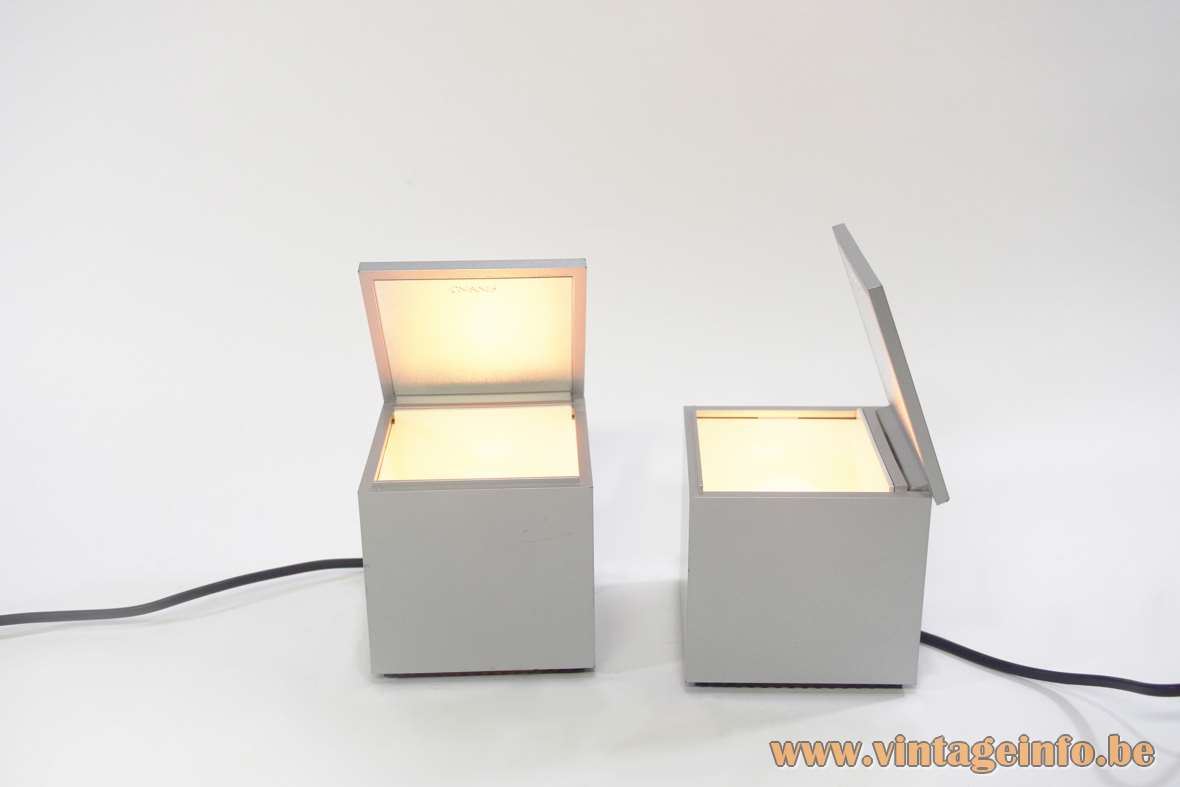 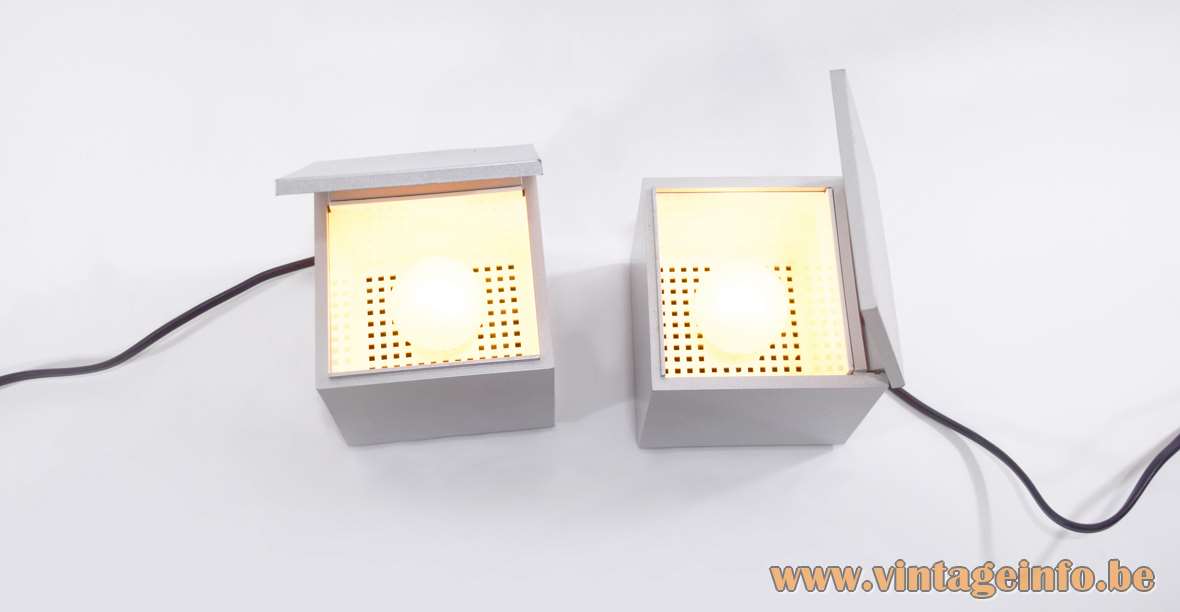 Other Versions: The Cuboluce table lamp exists as a big floor lamp (28 x 27 x 27 cm – 10.63”), as you can see below. The floor lamp was only produced in the 70’s. The Cuboluce is still in production and every year new editions appear. Today also produced in a LED version: Cuboled. Since 2018 also a wireless version is for sale. It has a rechargeable lithium-ion 8 hours independent functioning battery.

Cini&Nils or Cini é Nils was founded in 1969 by Mario Melocchi and Franco Bettonica. In 1972, an idea by Franco Bettonica led to the creation of the Cuboluce. It was an instant success soon followed by derivative products such as the floor lamp, the Cubobar, bathroom and kitchenware and so on. The Cuboluce is one of the best-selling luminaires designed by Cini&Nils and is part of the MoMA collection in New York (Museum of Modern Art).

The idea behind this light was to create a comfortable bedside table lamp. You may easily switch it on by opening the cover and thus, there is no need for searching the switch in the night.

Franco Bettonica (1927 – 1999) was a Milanese architect with a successful career in construction, furniture and industrial design. In 1969, he started as a designer and partner of Cini&Nils and was the firm’s creative director.

Mario Melocchi (1931 – 2013) was born in Parma, also in Italy. He was one of the first in Europe to devote his attentions to packaging design early as in 1958, later gradually evolving to approach product design, where he eventually settled after meeting Franco Bettonica.

Cini&Nils in the MoMA museum 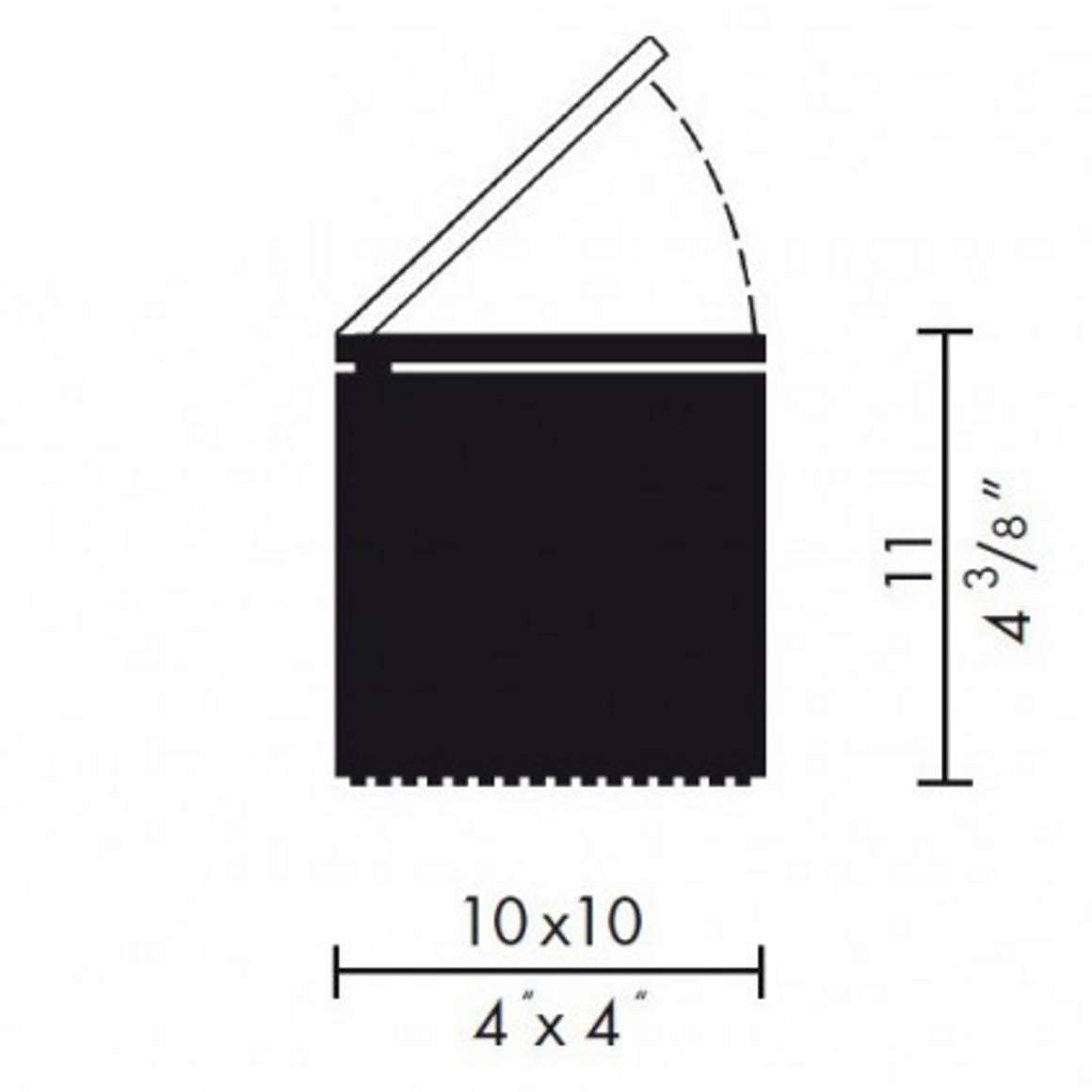 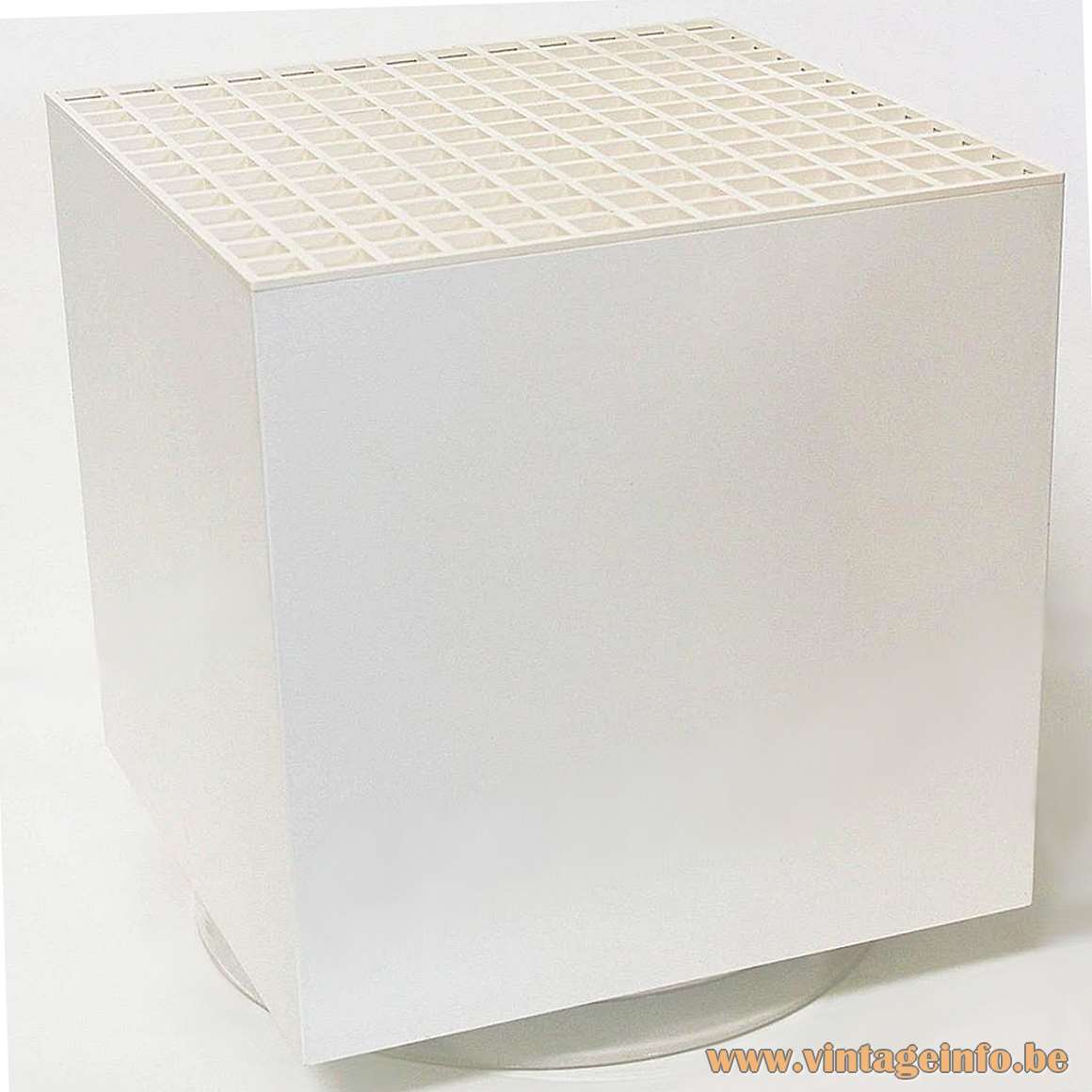