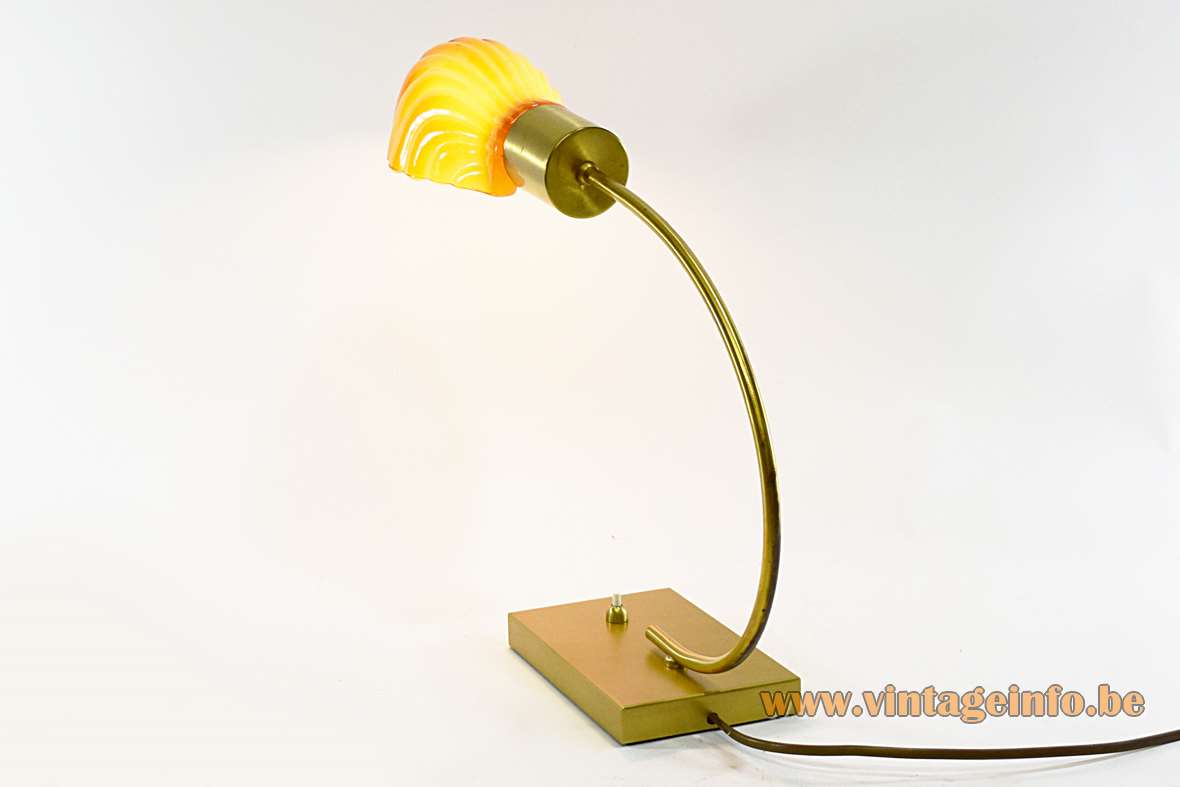 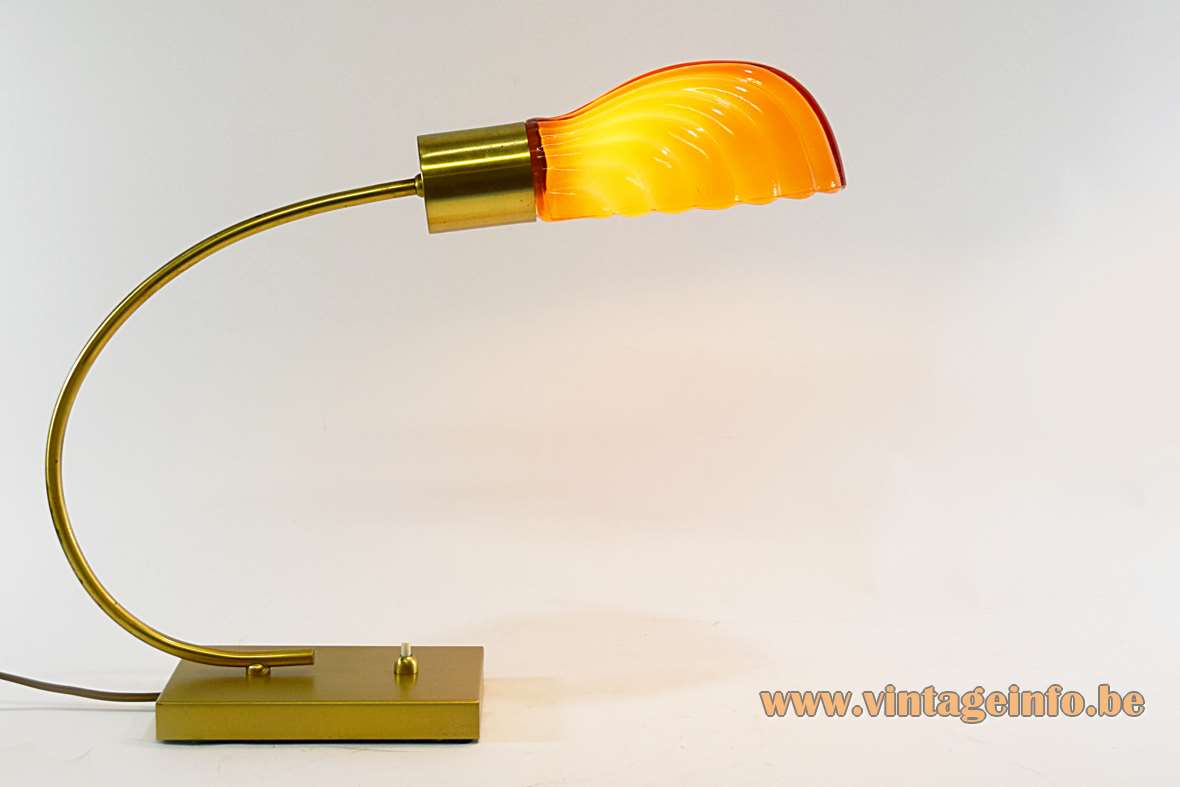 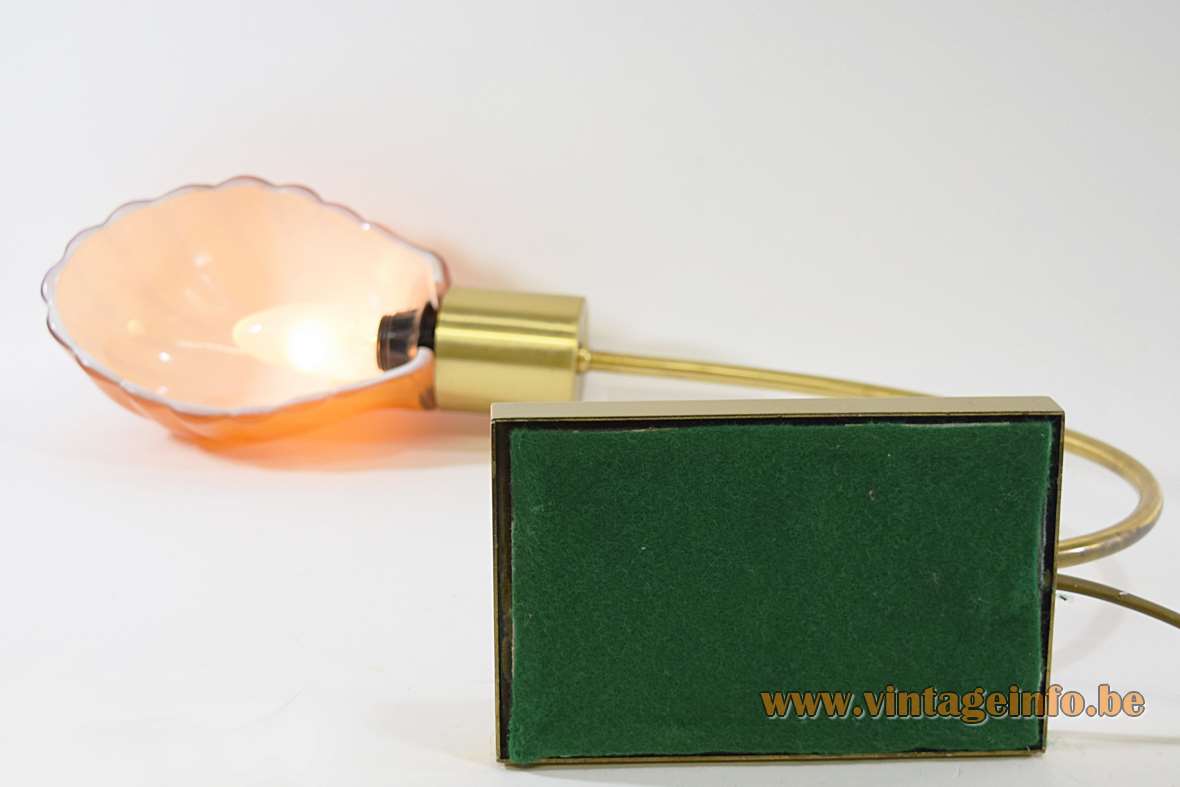 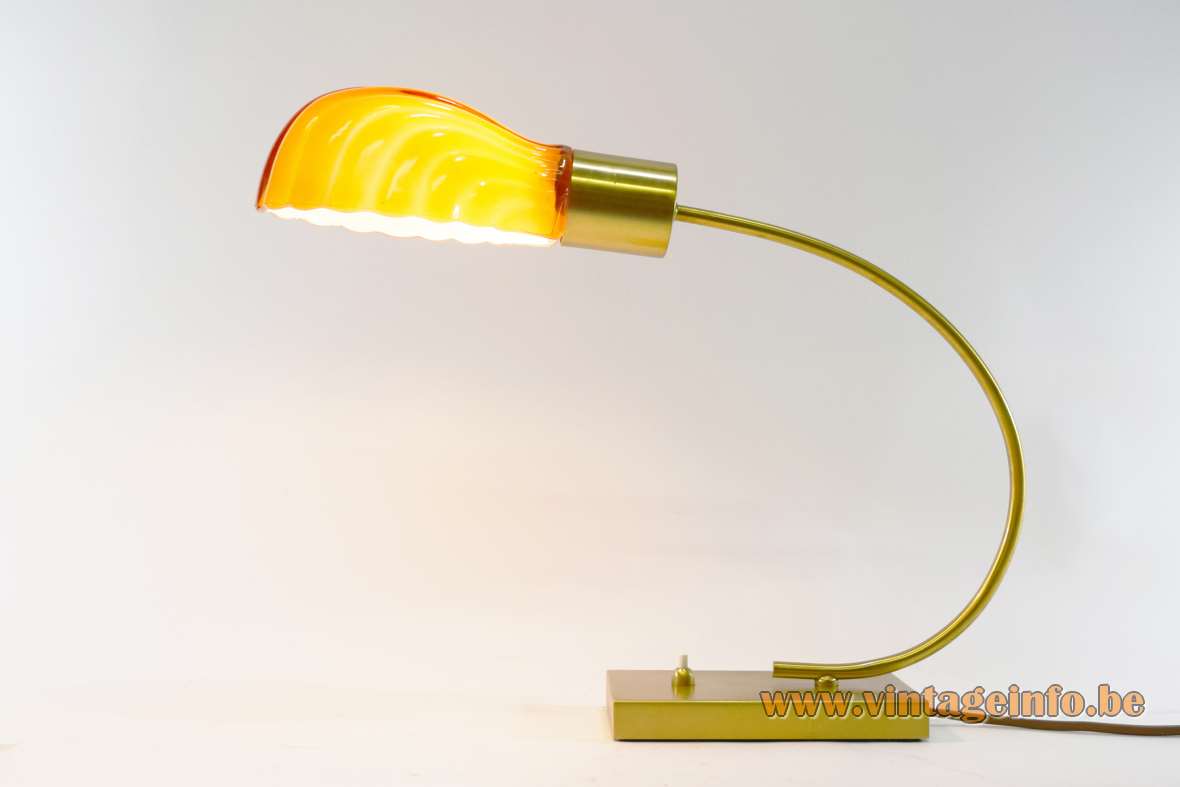 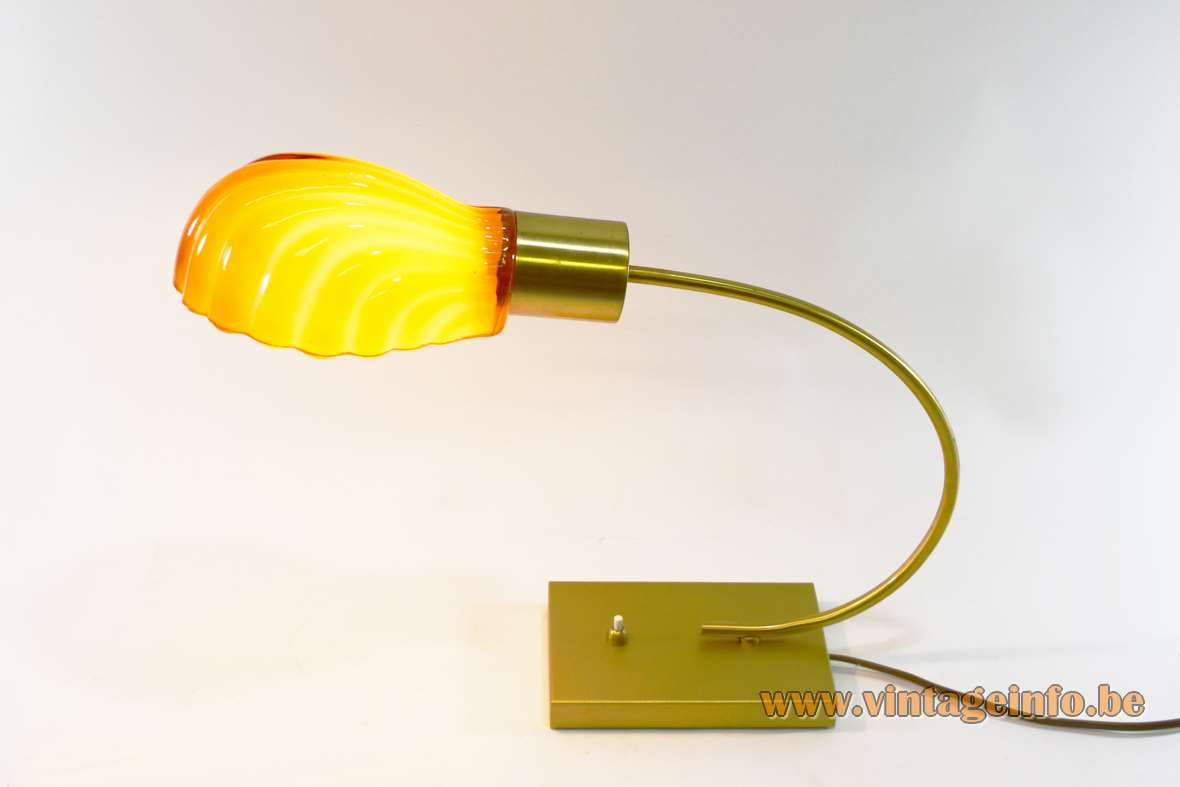 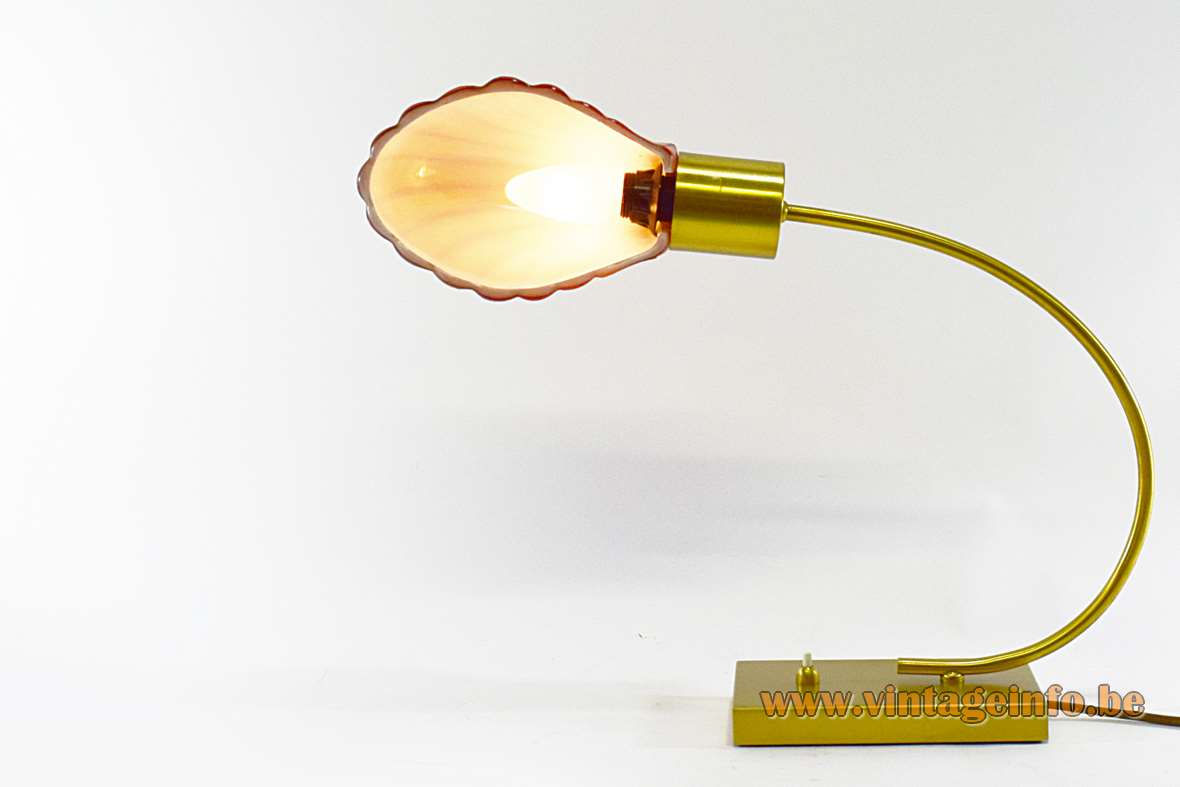 Other versions: It is possible that the glass of this brass shell desk lamp was made in several colours.

This brass shell desk lamp is based on an antique lamp, as you can see below in the Blake Edwards movie A Shot In The Dark. Many of these lamps were made of brass, also the shell.

An antique or old metal/chrome shell desk lamp was used as a prop in the 1964 comedy film A Shot in the Dark. Starring Peter Sellers, Elke Sommer, George Sanders and Herbert Lom.