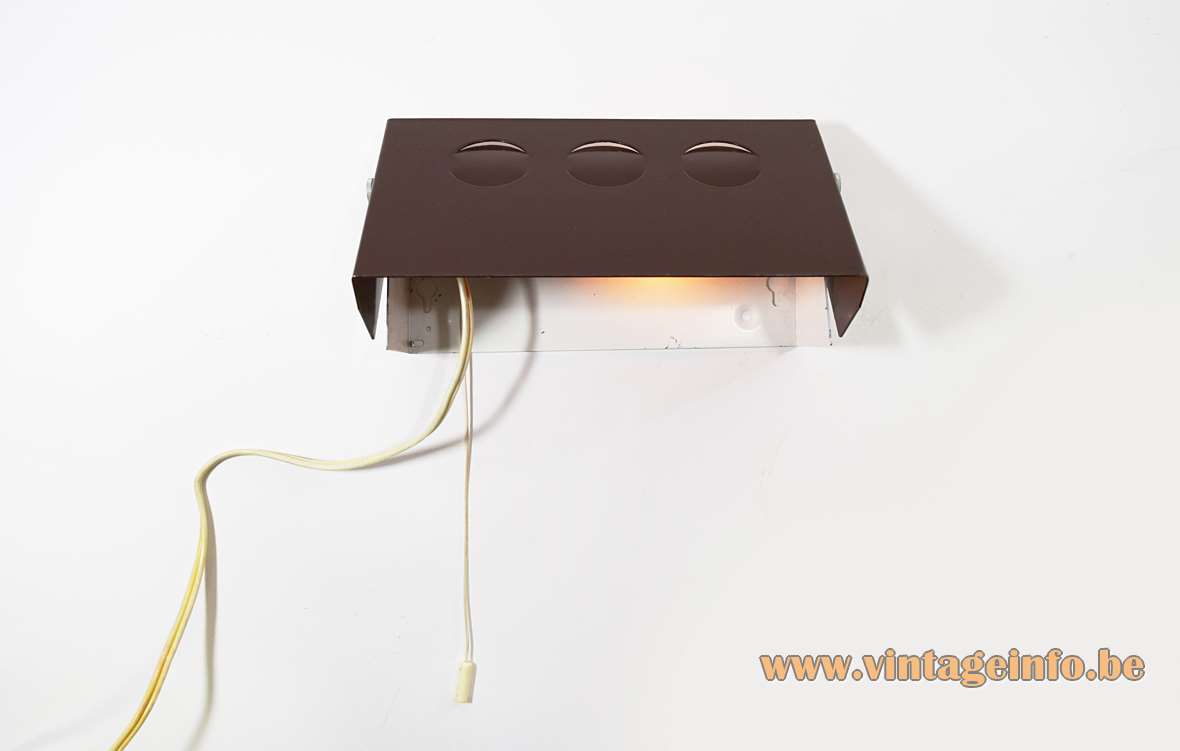 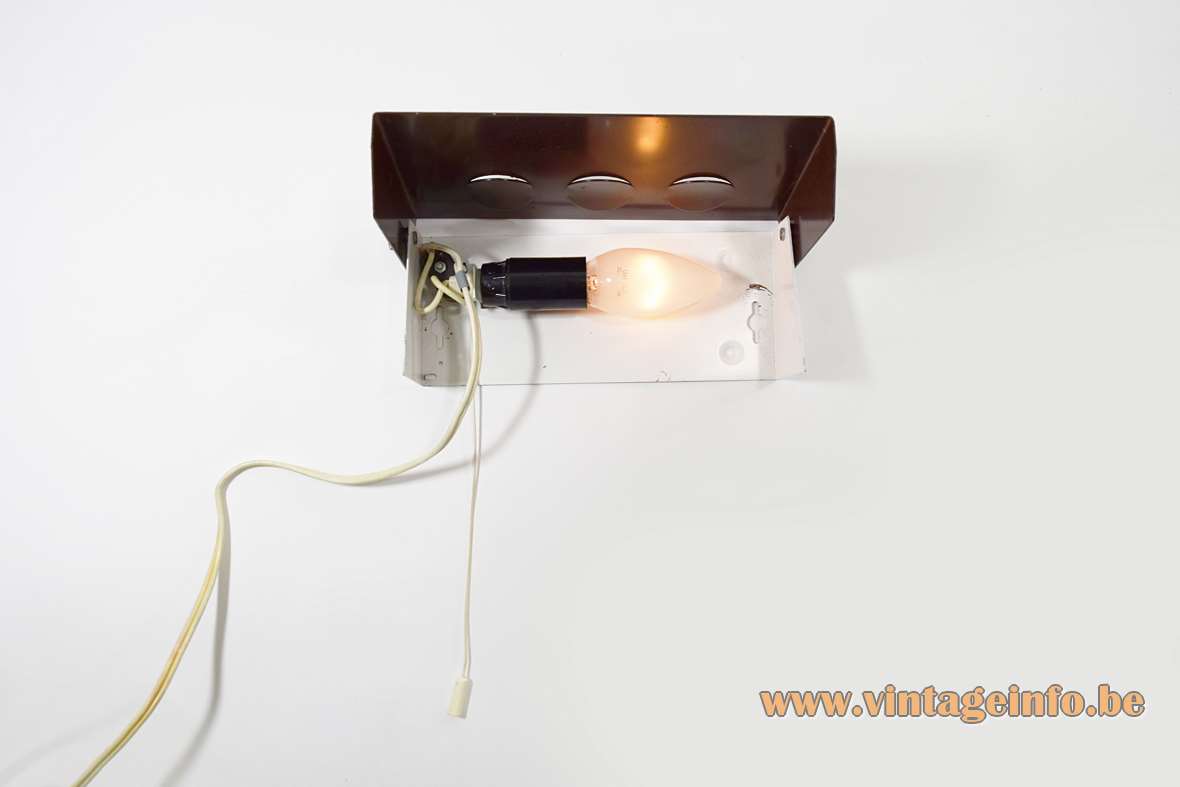 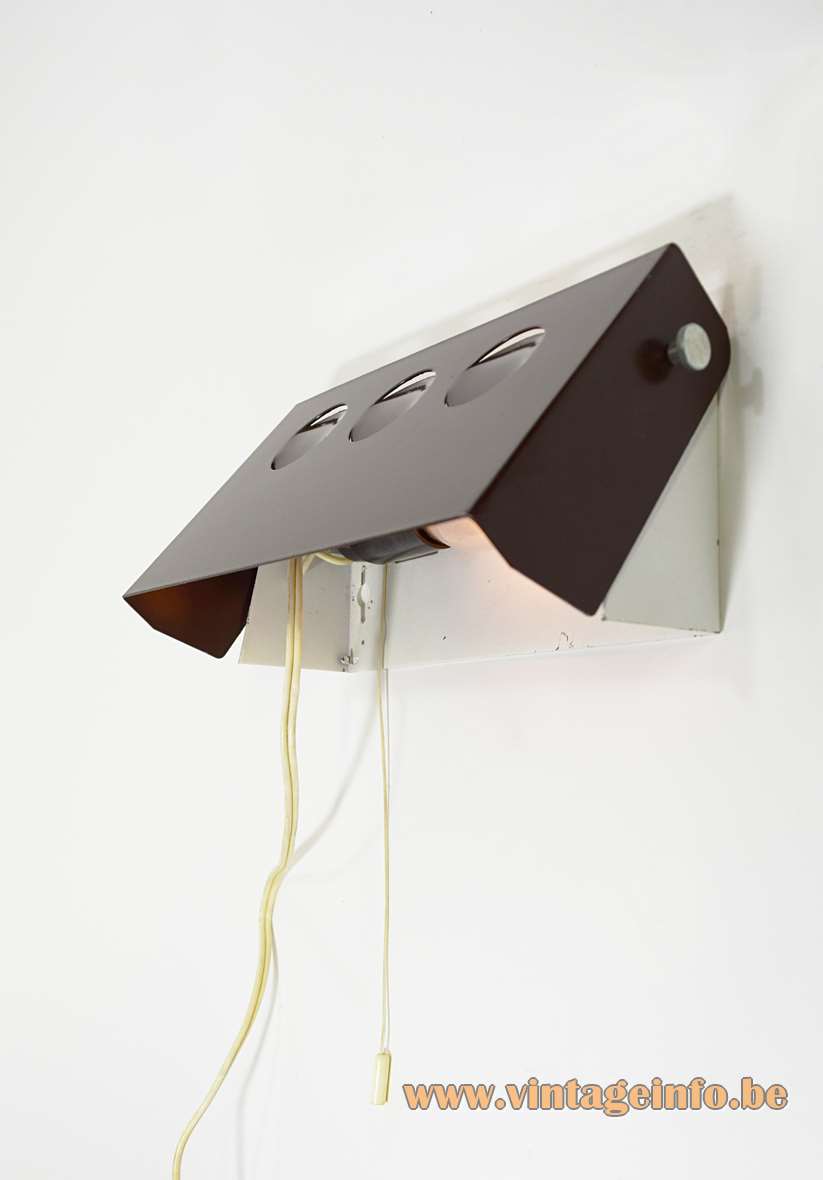 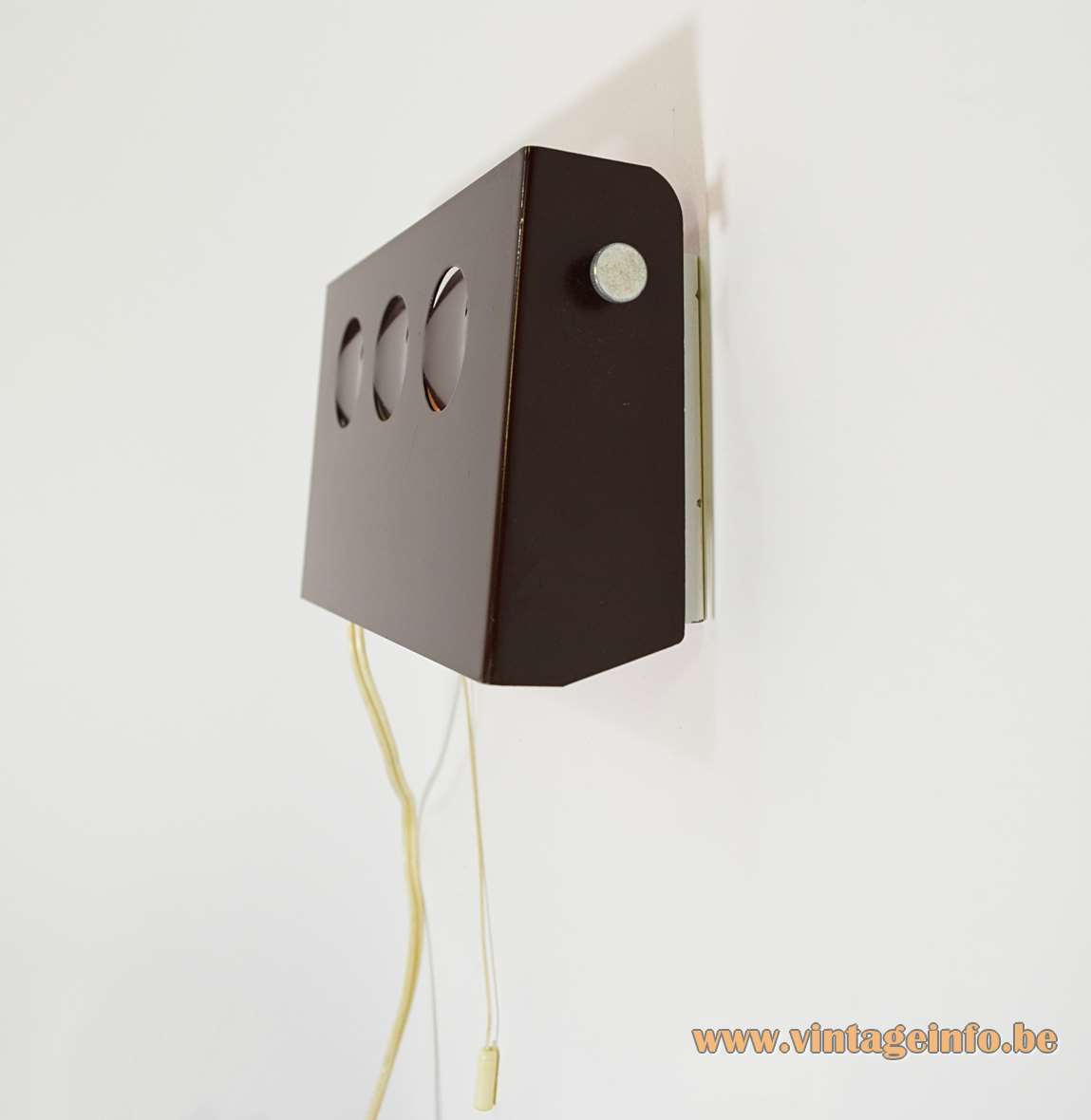 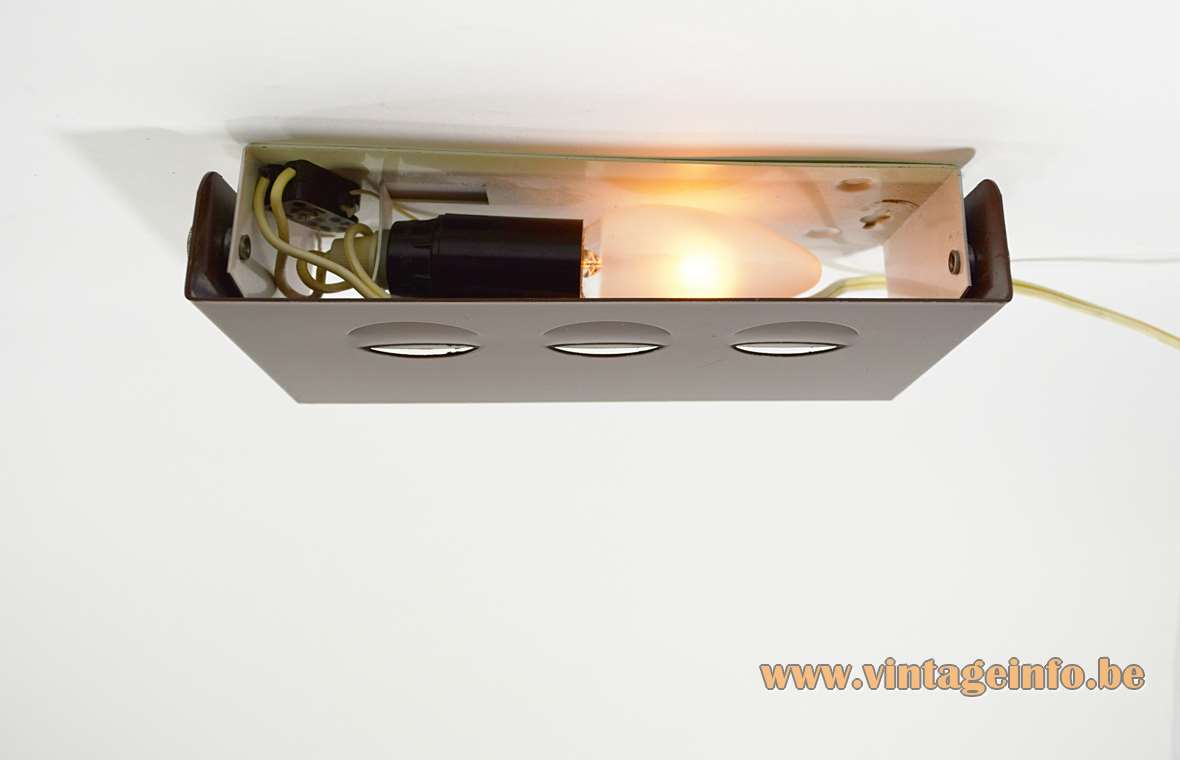 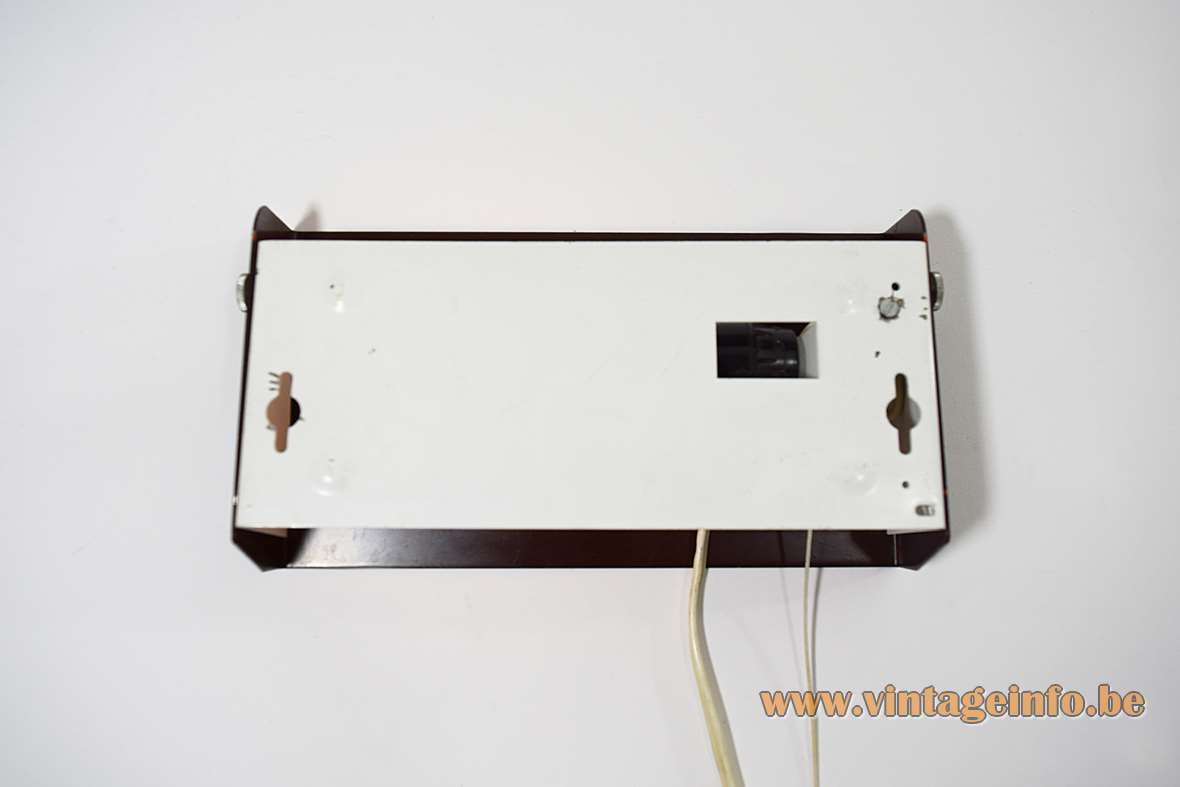 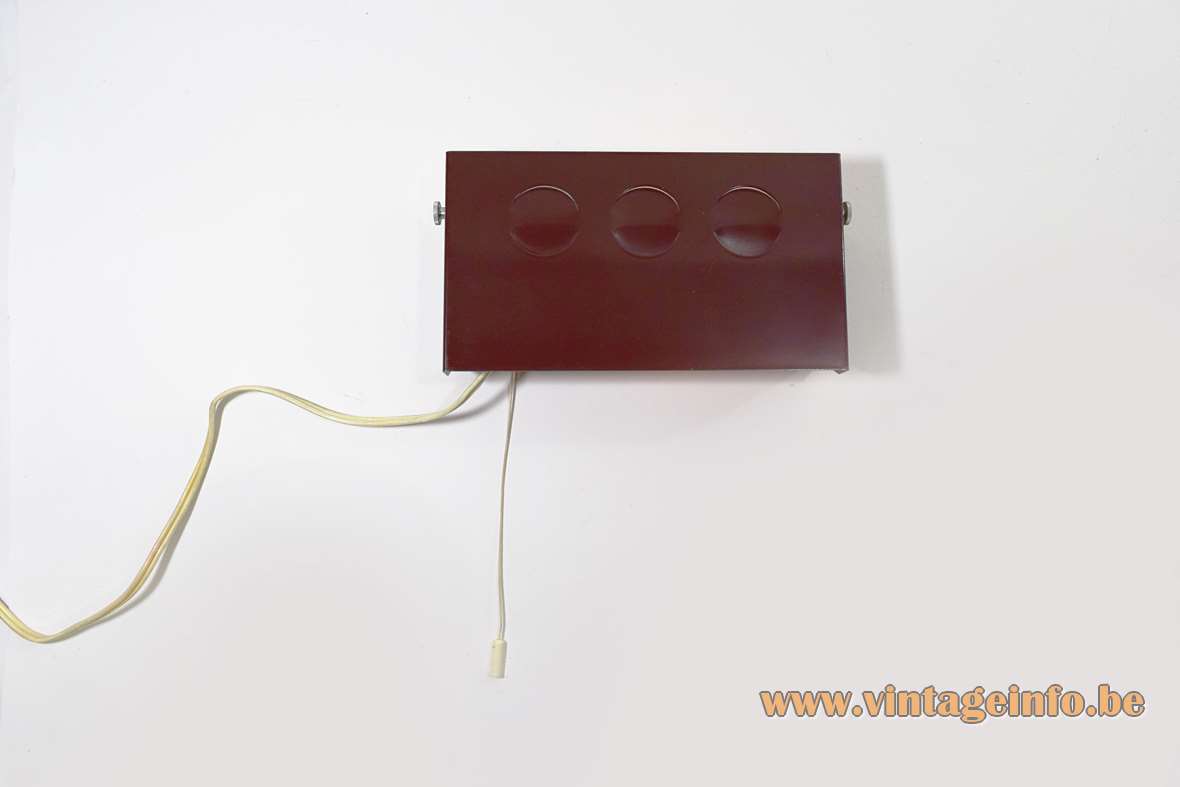 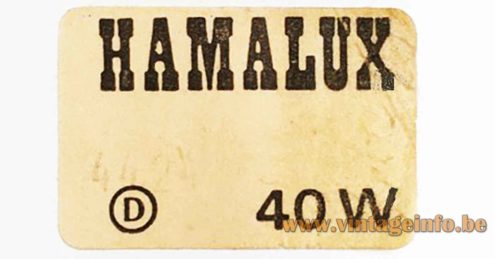 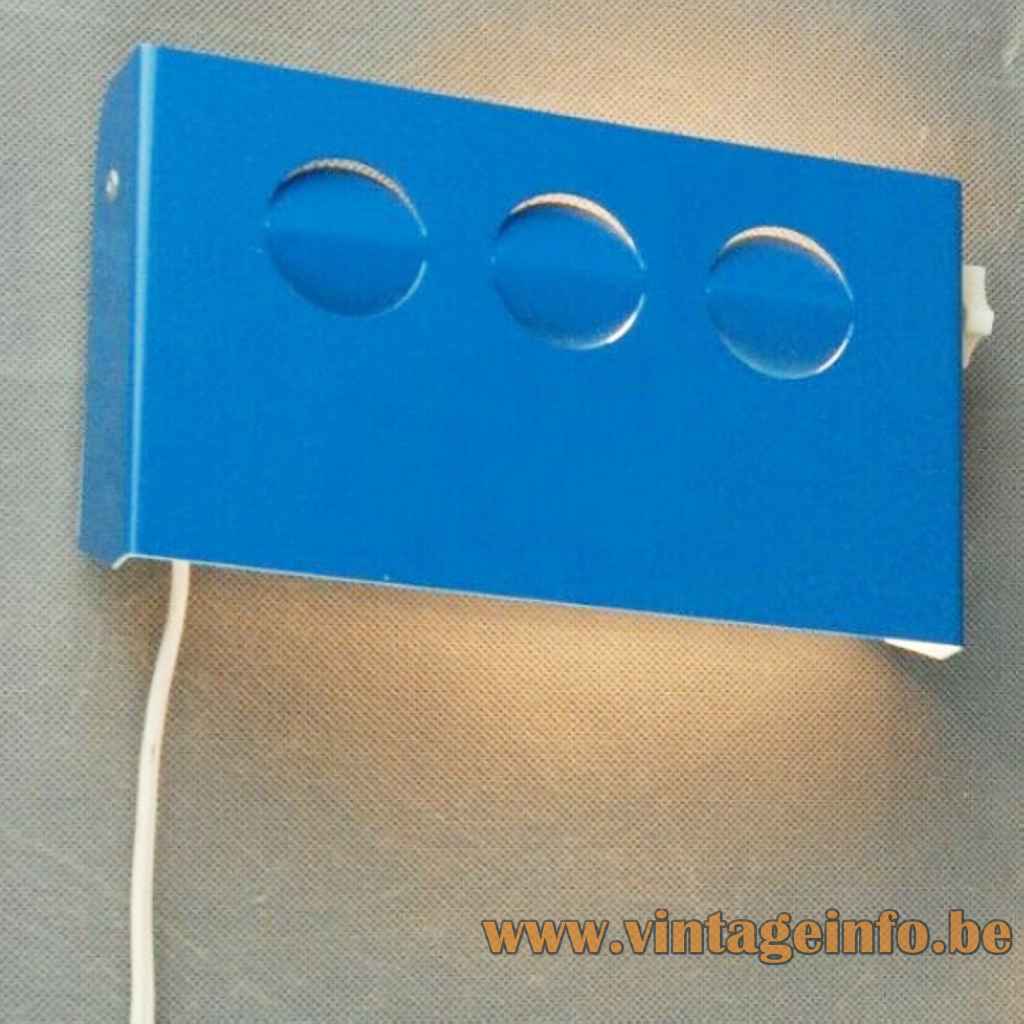 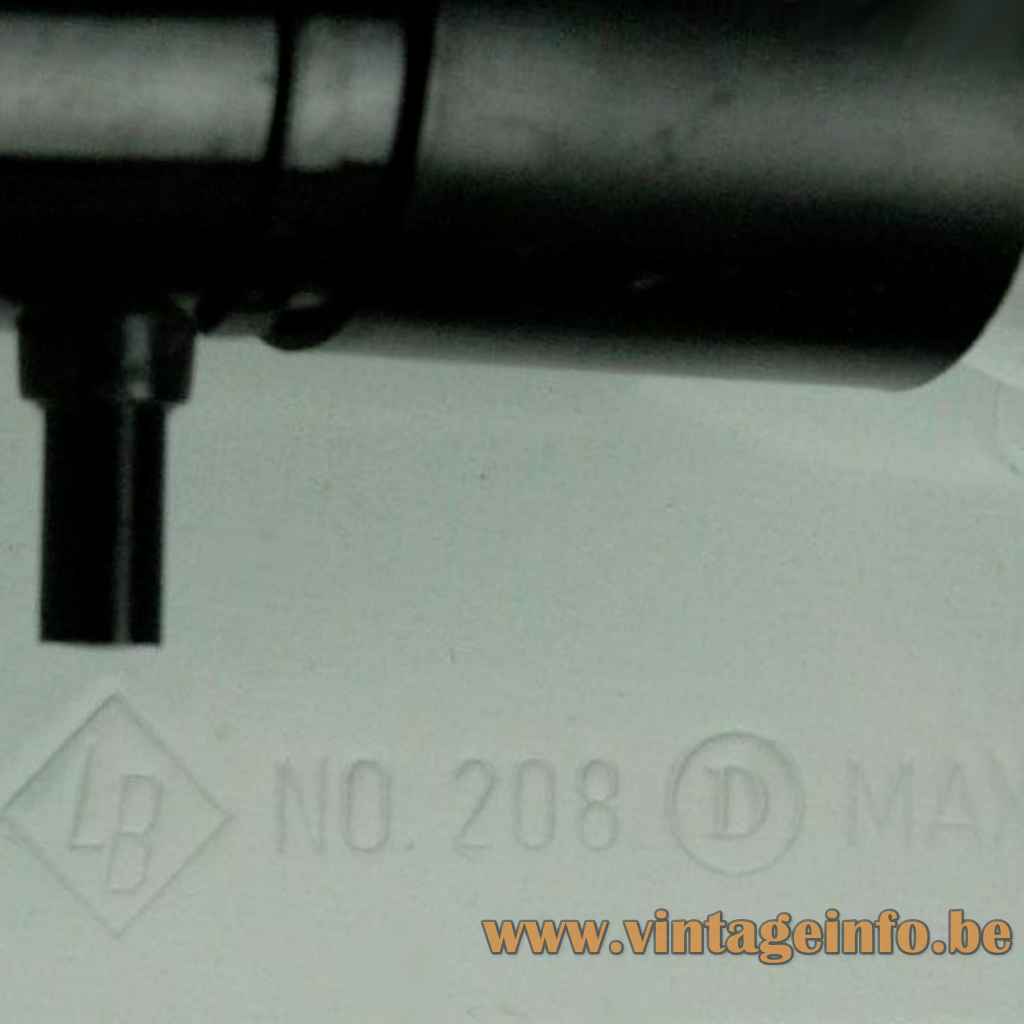 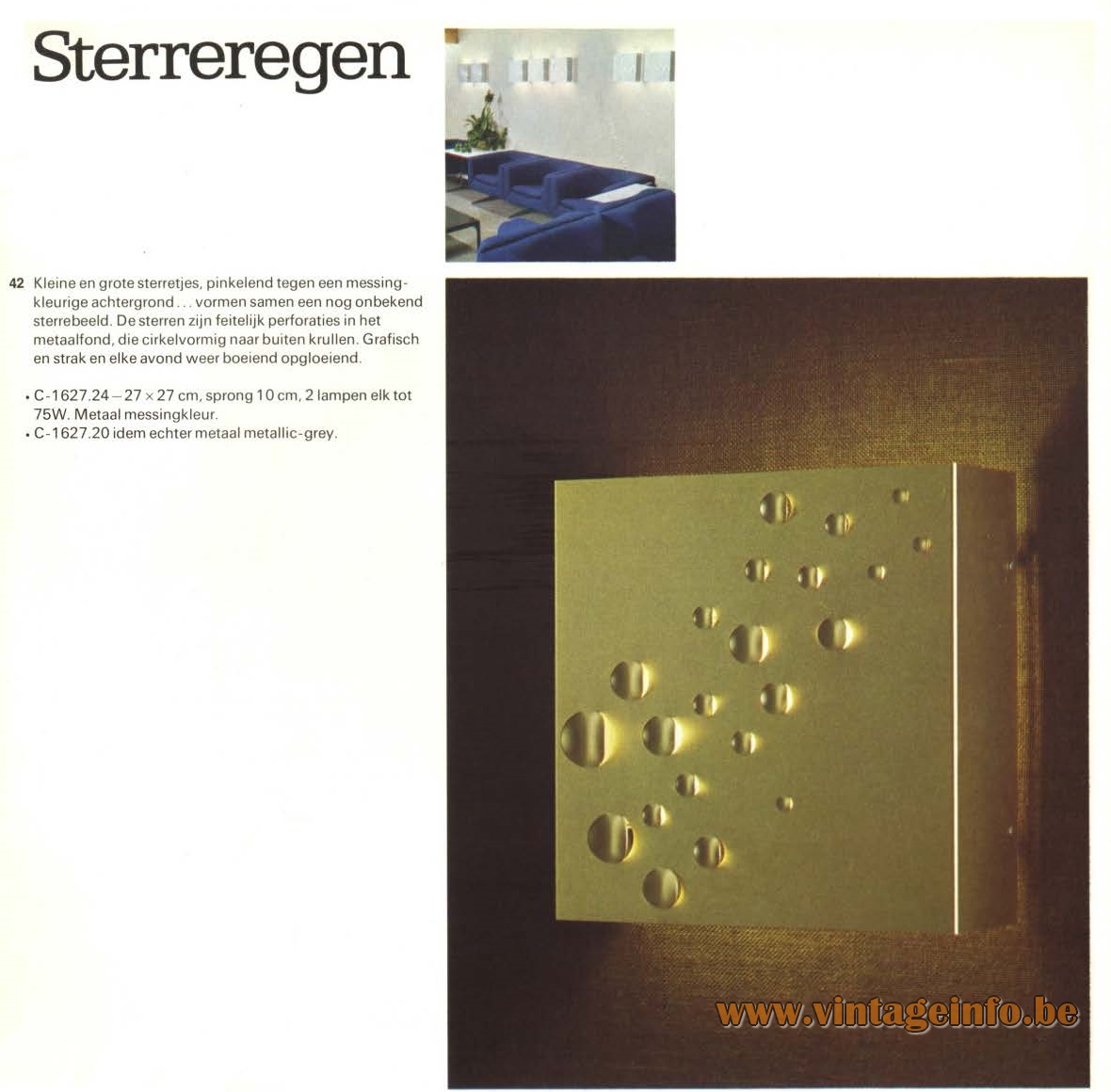 Other versions: This 1960s rectangular wall lamp exists in a few colours.

These wall lamps were also sold by the Danish Lyskær. It is stamped in the metal with the LB logo, as you can see. These blue ones have a different ornamental adjustment screw and it is only on the right side of the lampshade. It is made in white plastic. This brown version has a pull cord switch, the Lyskær lamp has a built-in switch.

This wall lamp is often sold as a lamp made by the Dutch Raak company, but it is not. It was made by Hamalux (or Lyskær). Most people say it was a Danish company, but I could not find info about it. The labels of Hamalux always have a D from Germany (Deutschland) printed on it. Probably it was a German company.

A Hamalux company exists in Luxembourg, but it got something to do with real estate. In Waregem, Belgium a Hamalux lighting company was active, but it was a shop.

Do you have an idea about Hamalux? Please let us know through the contact form and help improve the websites exactitude. Your help is much appreciated.

Lyskær Belysning (Lyskær lighting) started to produce lamps in 1969. In the late seventies Fog & Mørup merged with Lyfa, two other leading Danish lighting producers. A few years later Lyfa-Fog & Mørup was taken over by Lyskær. The name changed to Lyskær-Lyfa.

The “Sterreregen” (meteor shower) wall lamp was designed by Evert Jelle Jelles. Also the “Clin d’Oeil” (wink in English) lamp is by his hand. They are very similar. In the catalogue 8 from 1968, the Raak Sterreregen wall lamp is named: Change Art.

Do you have an idea? Please let us know through the contact form and help improve the websites exactitude. Your help is much appreciated.

The switch, socket and plug of this table lamp were made by VLM Components in the late 60s, early 70s.

VLM Components was founded in 1945 in Buccinasco, a small village near Milan, Italy. VLM Components is part of the Relco Group, founded in 1967. Today they are the owners of the brands Relco, Leuci, Relco Lighting, VLM Components and Segno. The switch on this table lamp is model 450; the small model of the famous switch designed by Achille Castiglioni in 1968. 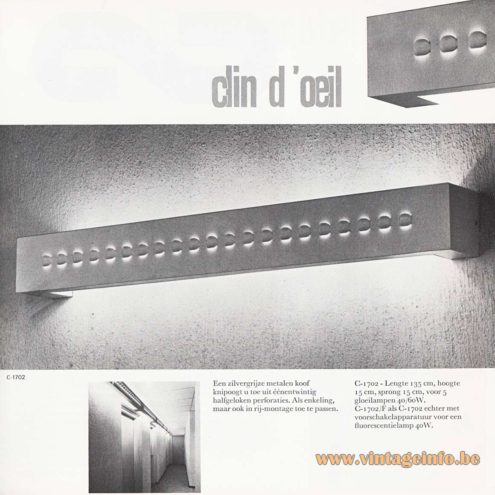 Many thanks to Craig from From our house to Bauhaus for the photos of the Lyskær Belysning wall lamp. You can find his shop on Ebay over here.