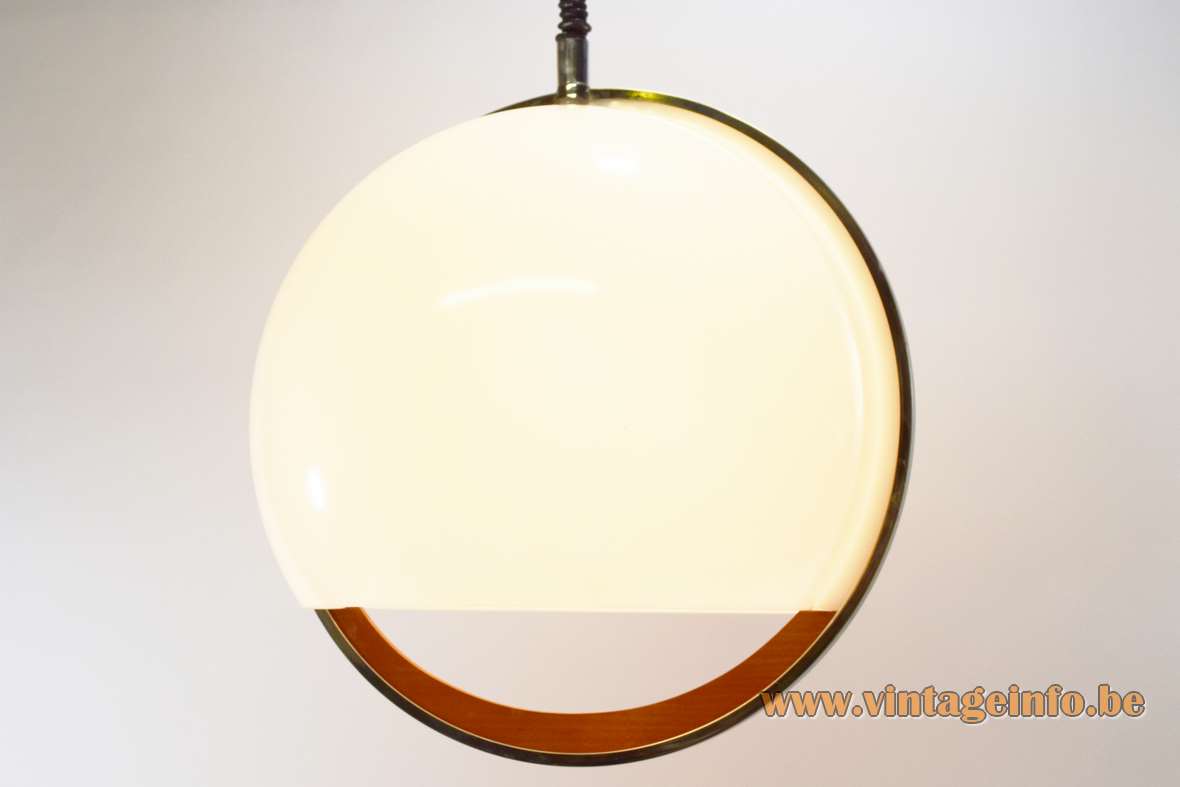 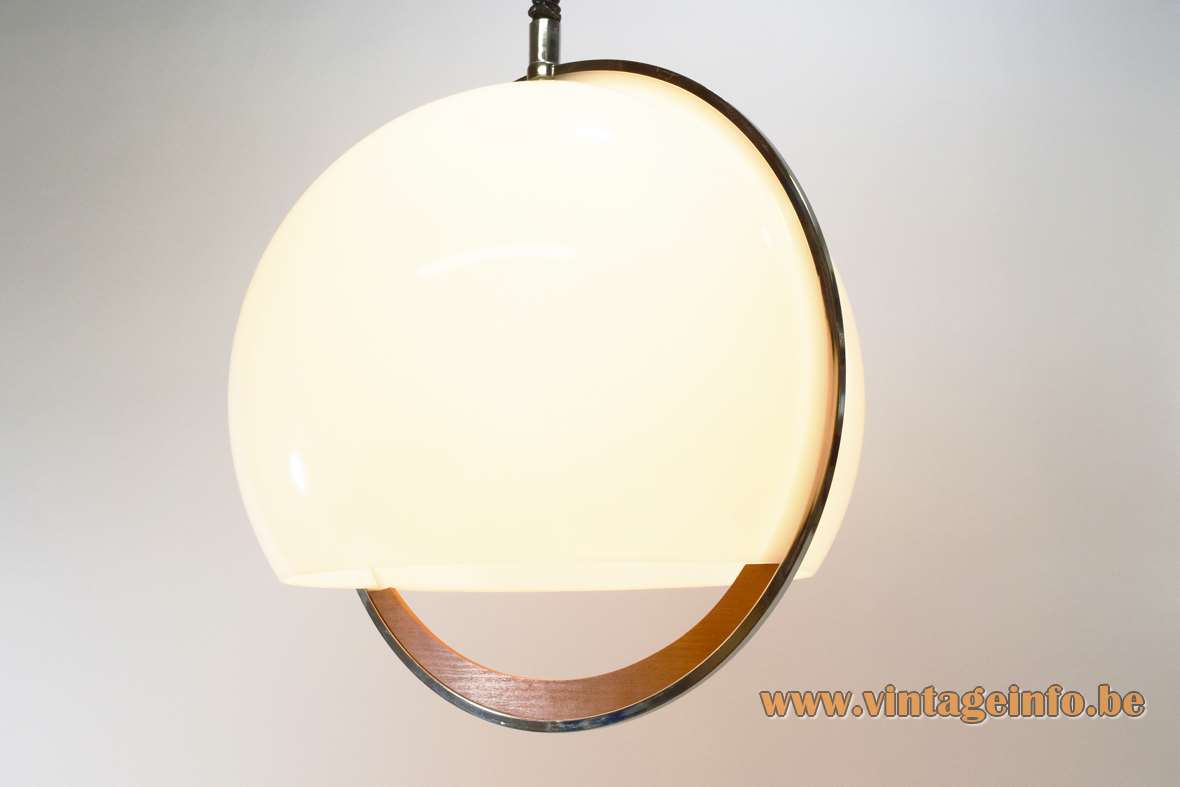 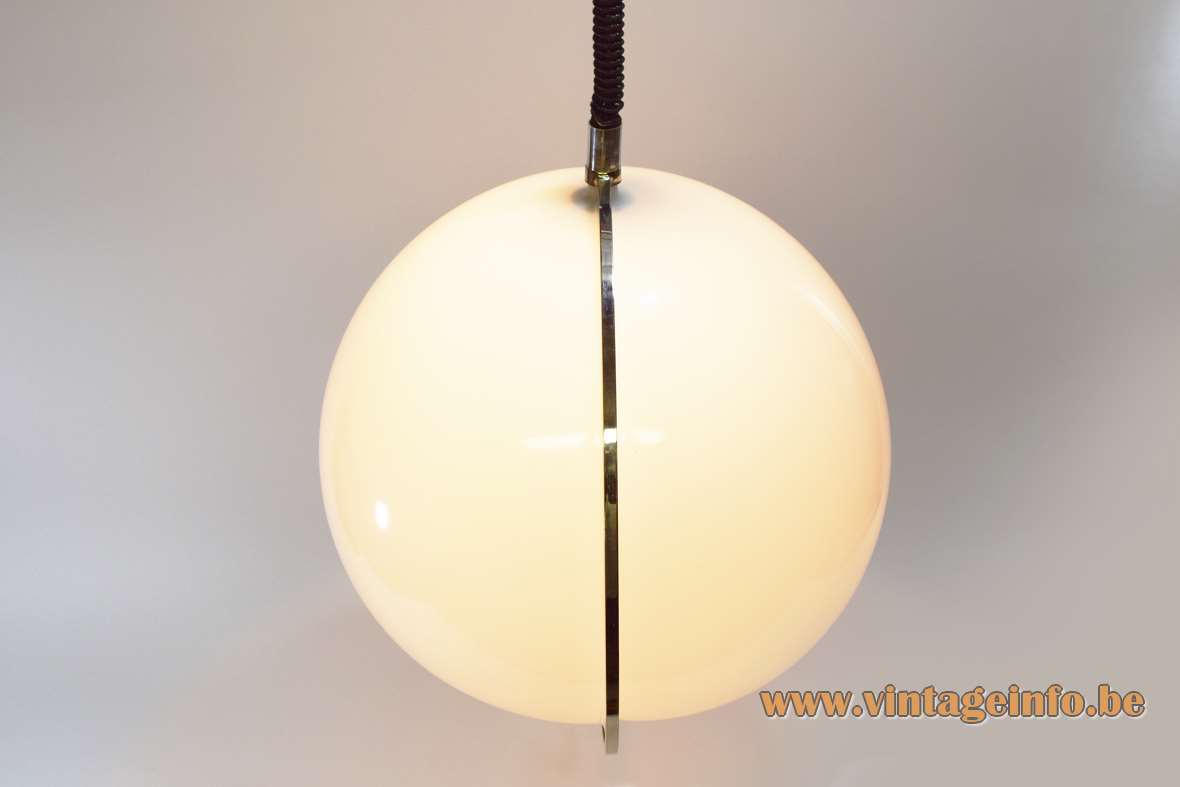 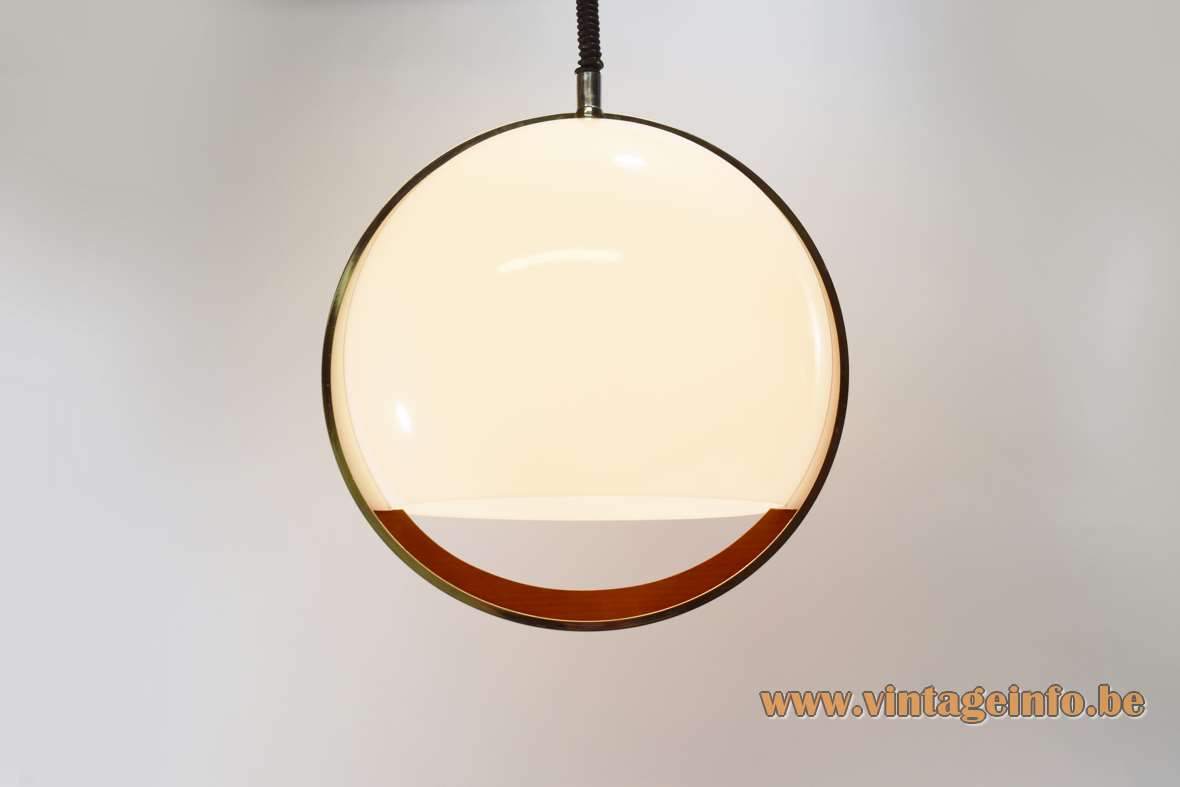 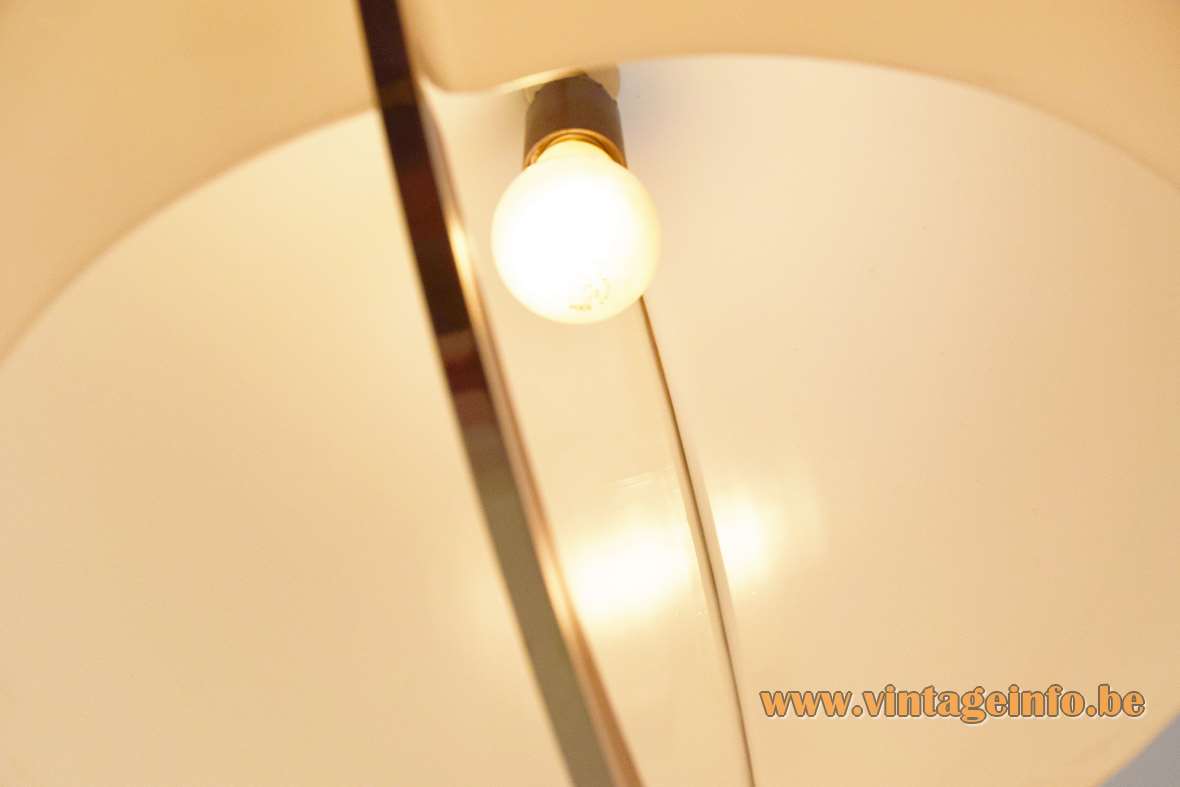 Other versions: This acrylic rise & fall globe pendant lamp was probably also made in other colours. It’s possible that they were also made with a standard cord attached. However, it is always this model that shows op.

This pendant lamp has no markings or labels whatsoever. Not even remnants of a label. In the 70s it was already mandatory in Europe. But in all probability it was made by Massive: it has all the looks of an Italian Harvey Guzzini lamp, but it is not.

The rise & fall mechanism was produced in Italy by Rolly. Rolly was one of the biggest producers in Europe of this type of rise & fall mechanisms. It has no date on it. Dates on Rolly mechanisms appear until the mid 70s. Later in time no date was pressed in the plastic anymore. The Rolly company no longer exists. 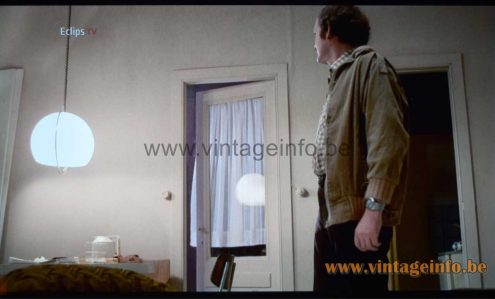