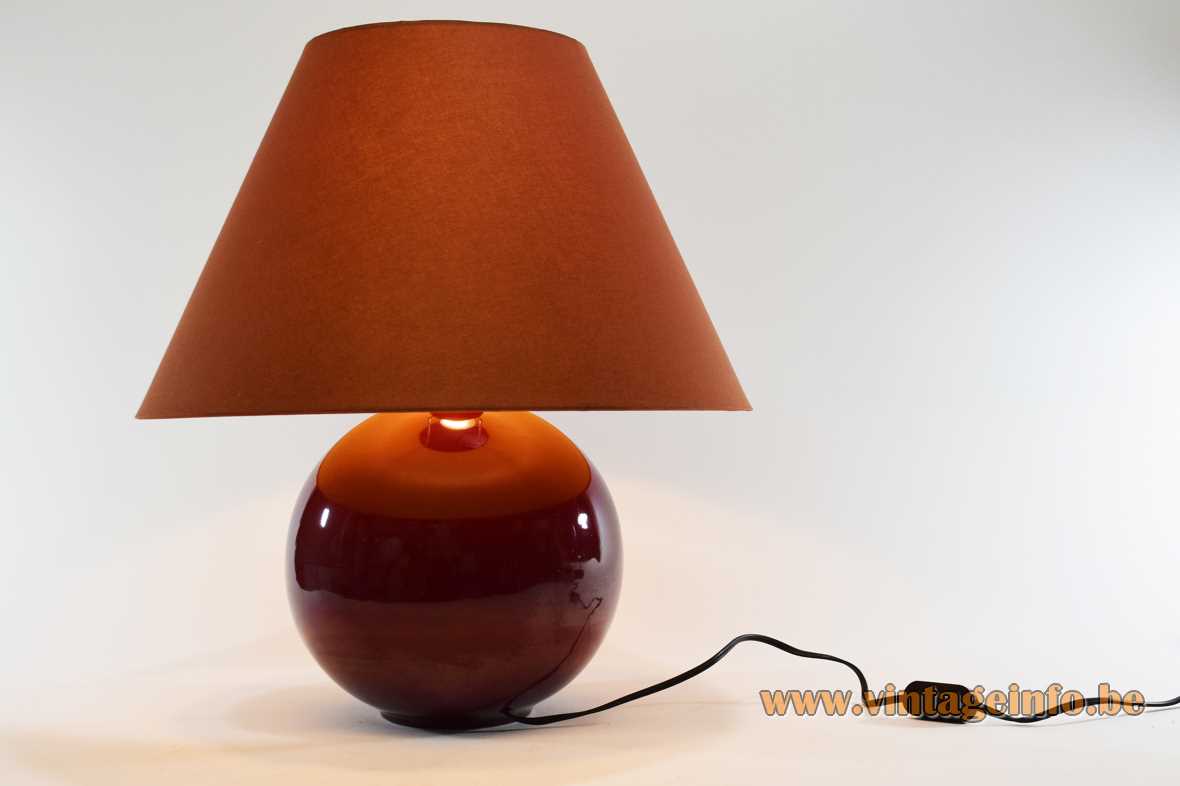 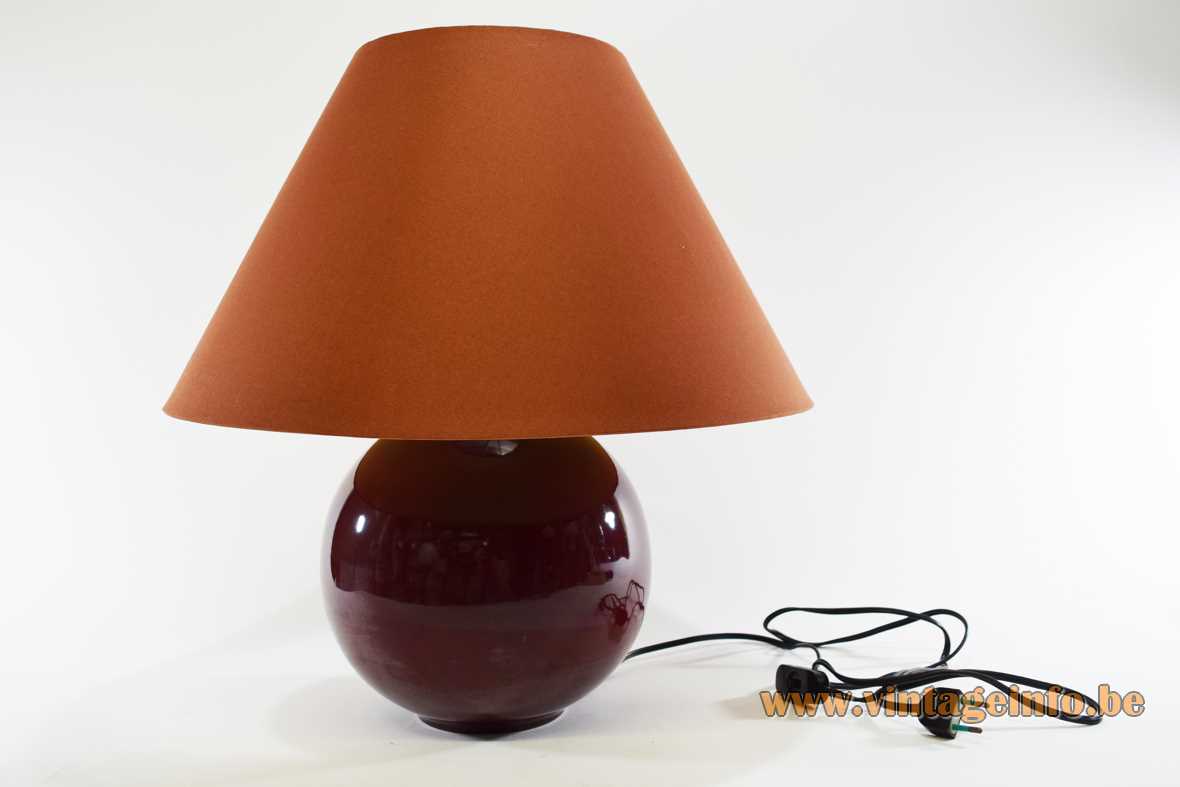 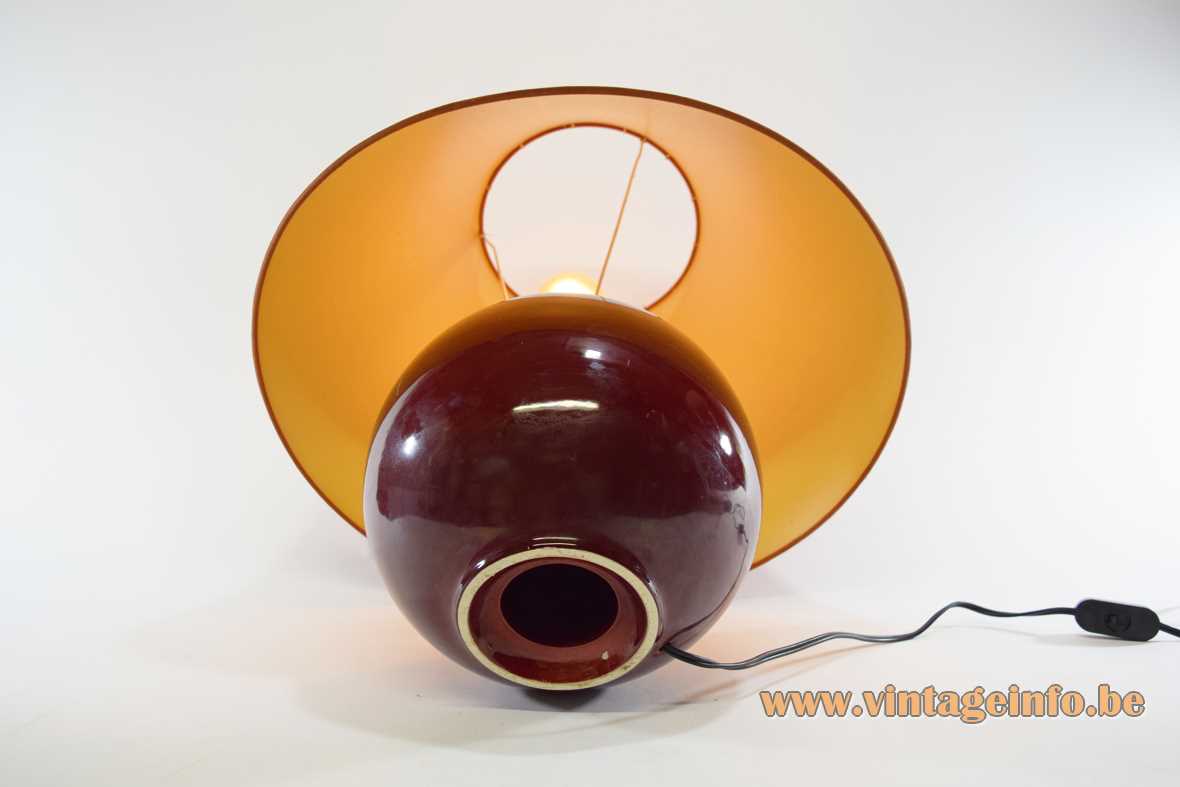 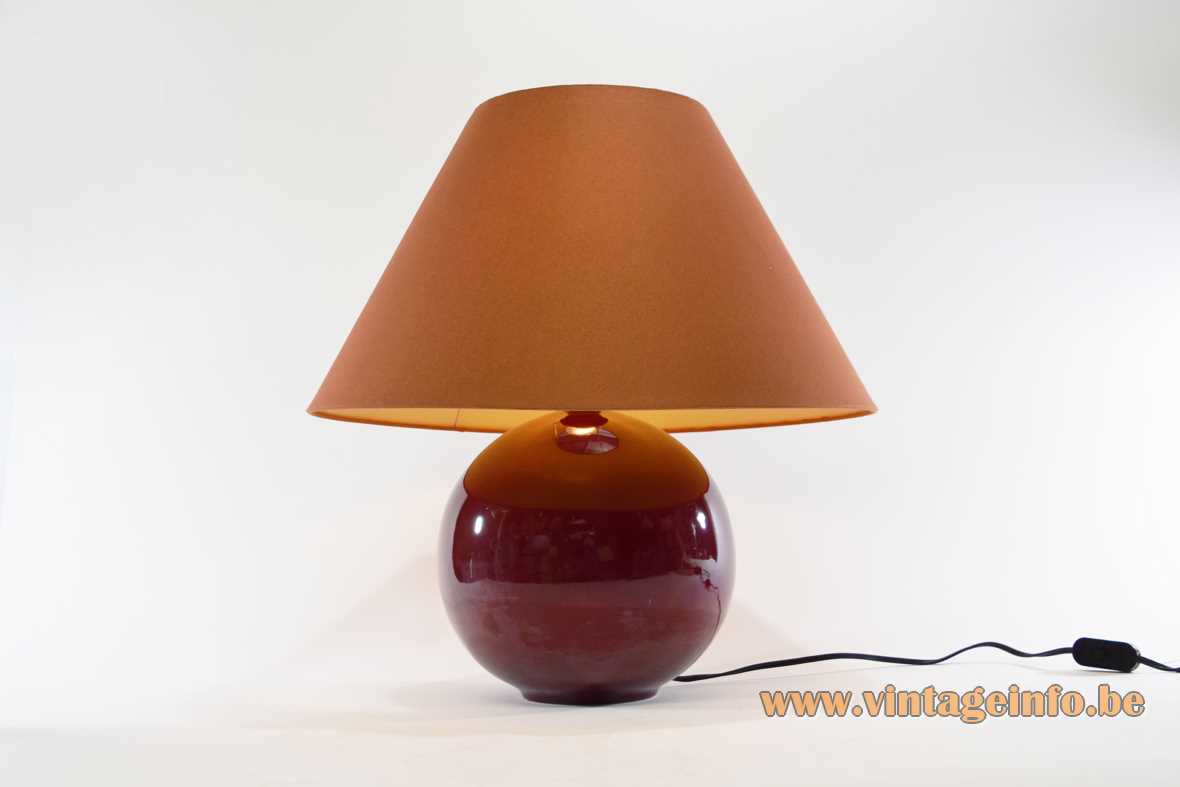 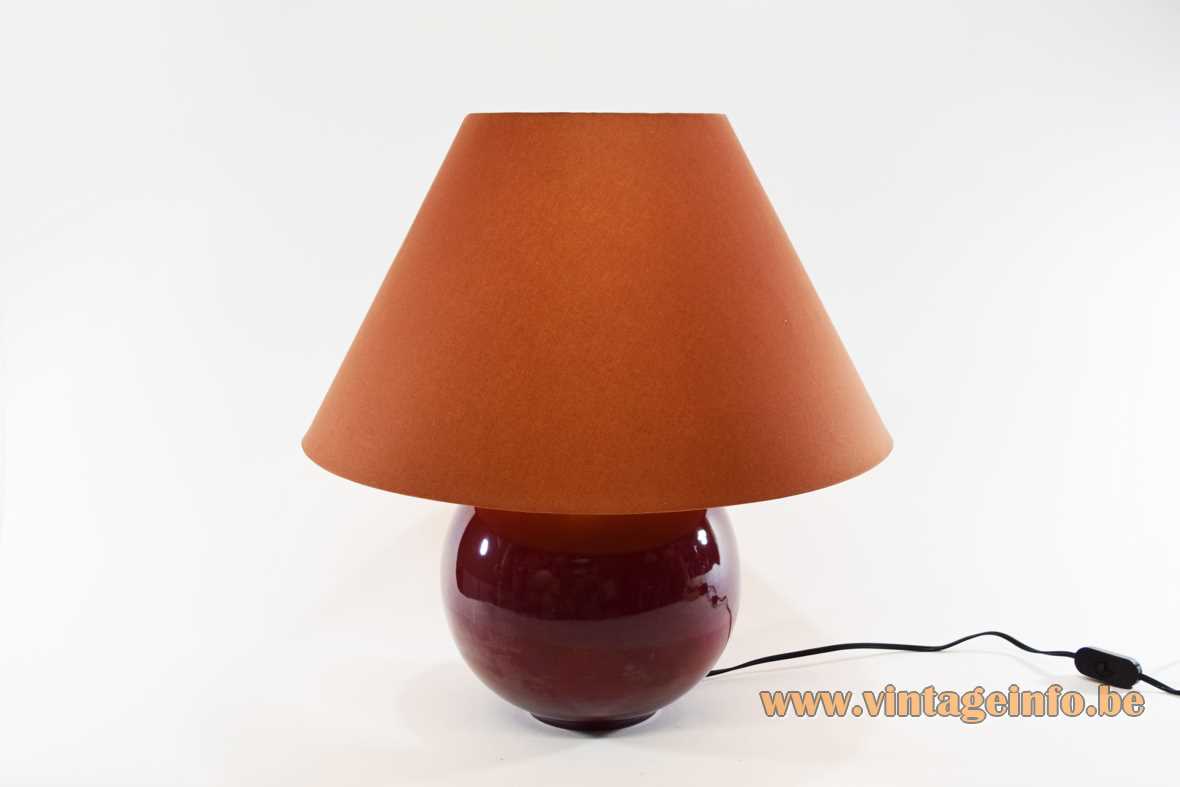 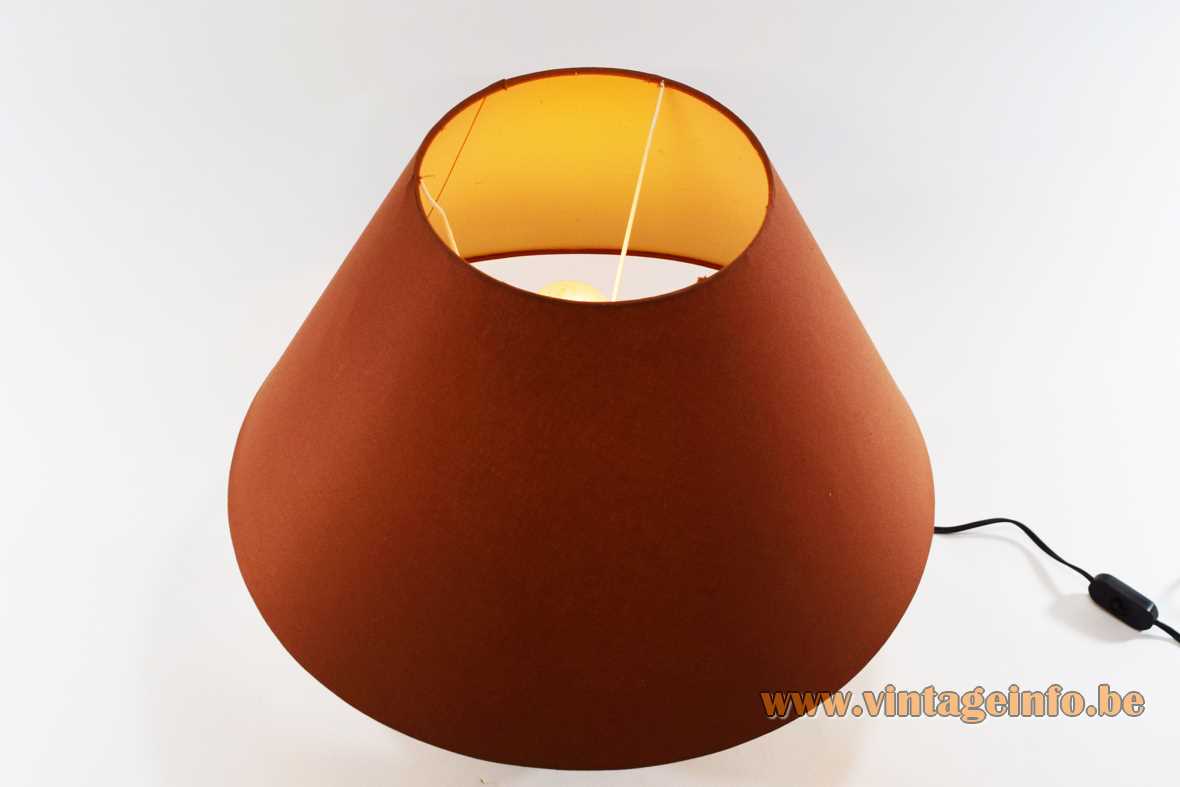 Other versions: This 1970s ceramic globe table lamp was probably made in several colours.