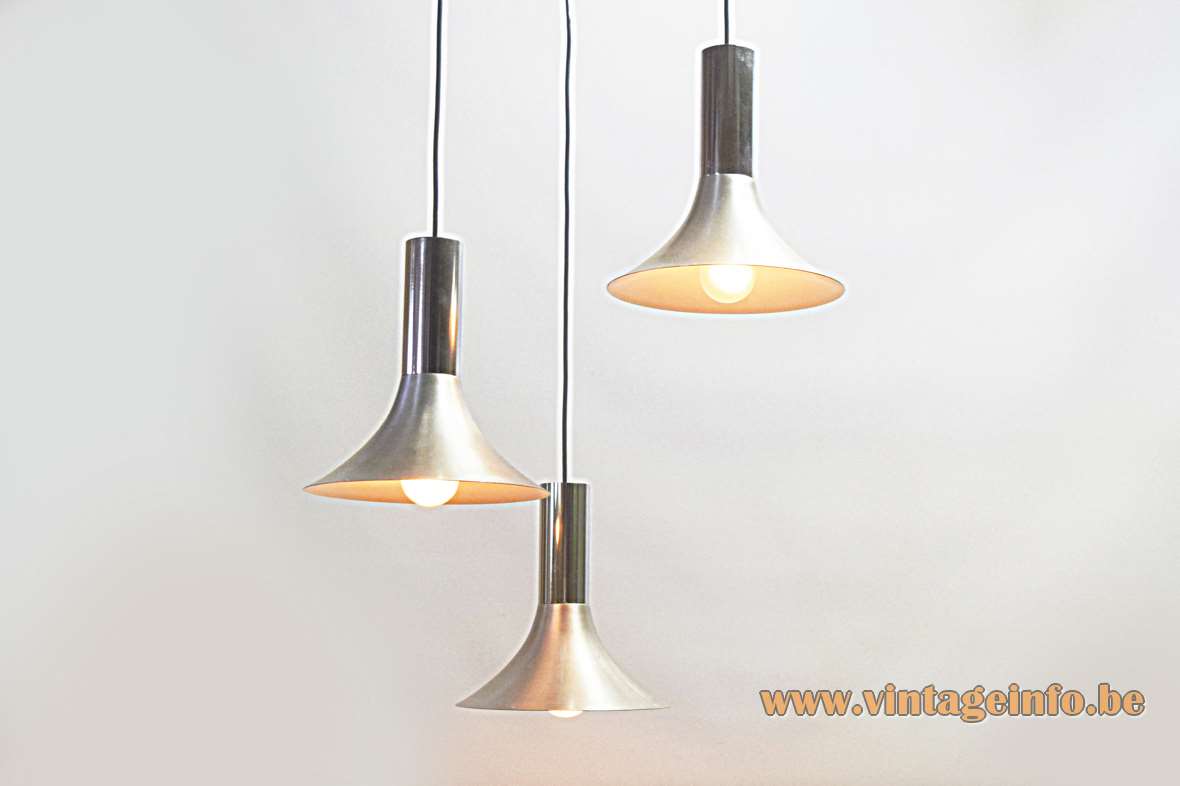 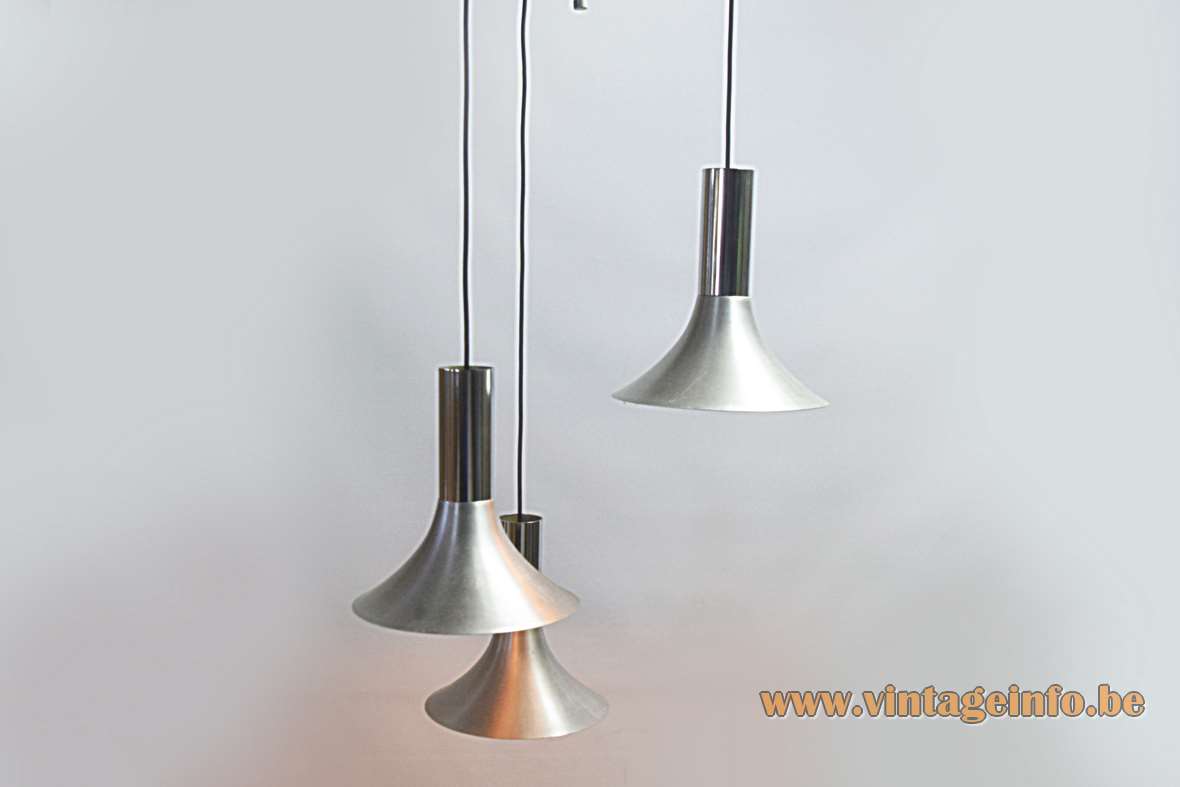 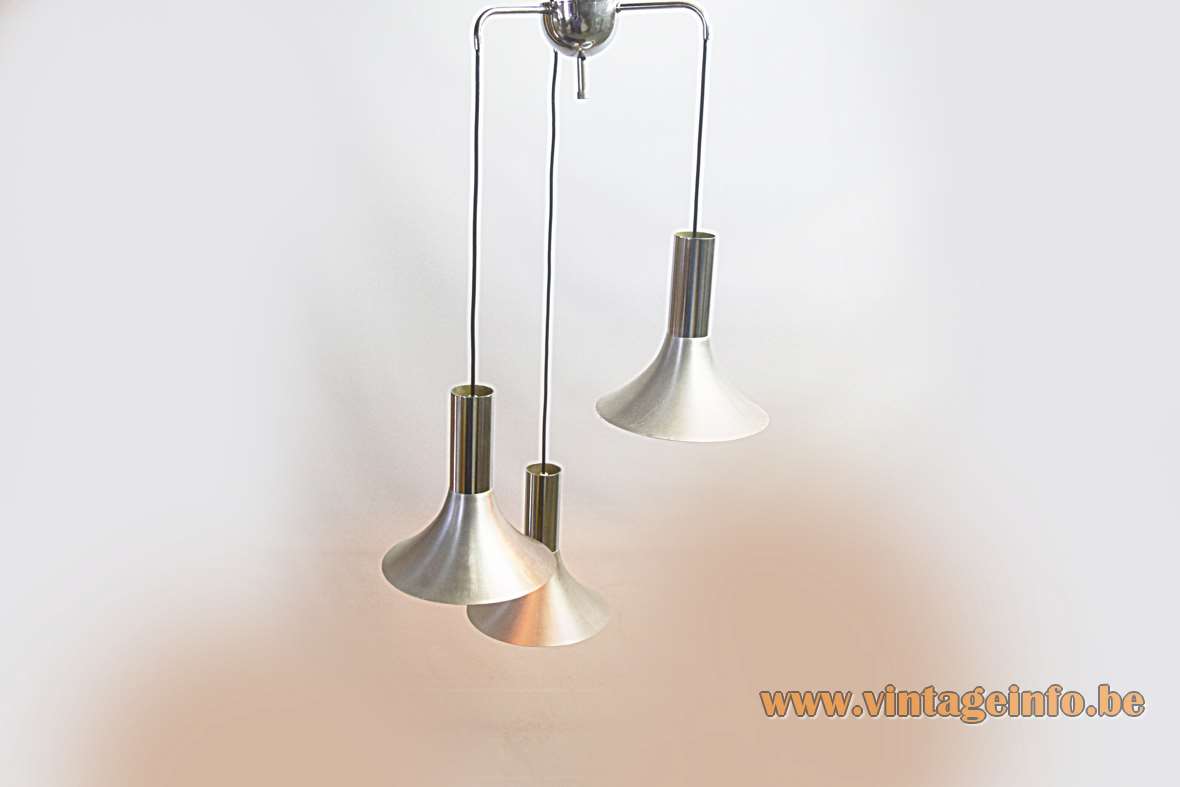 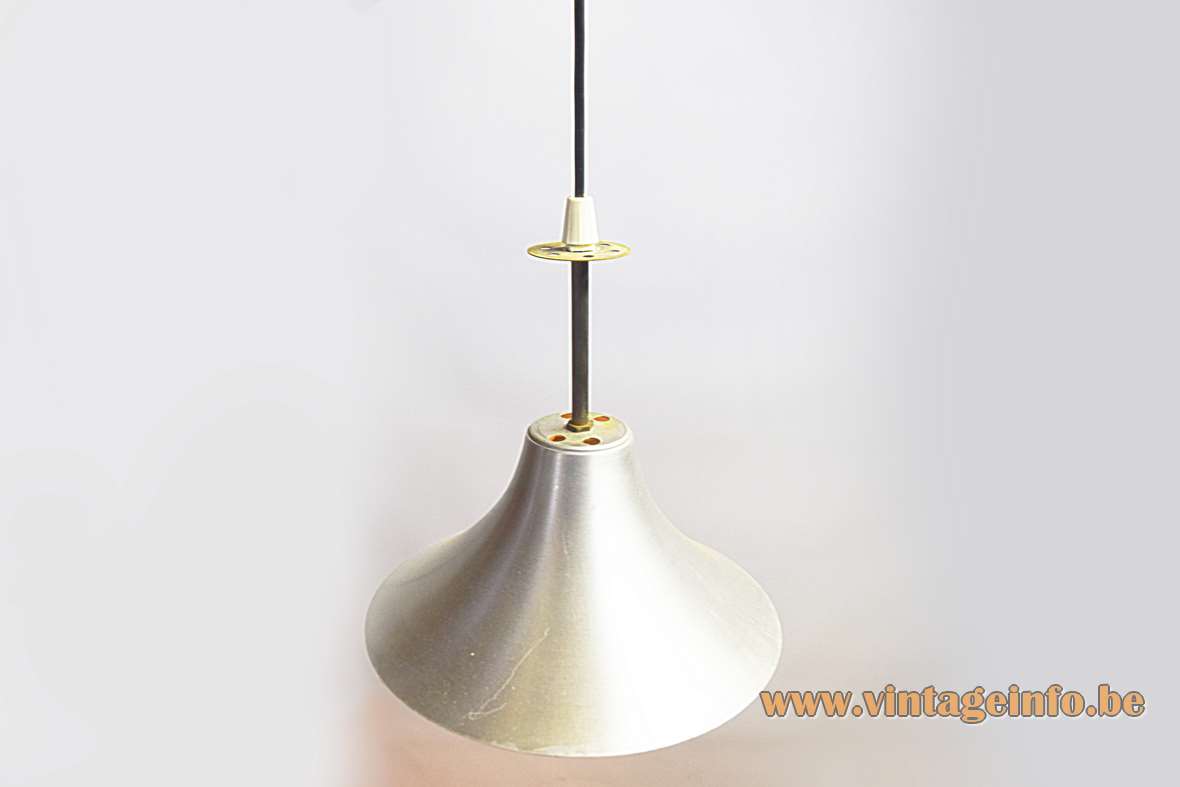 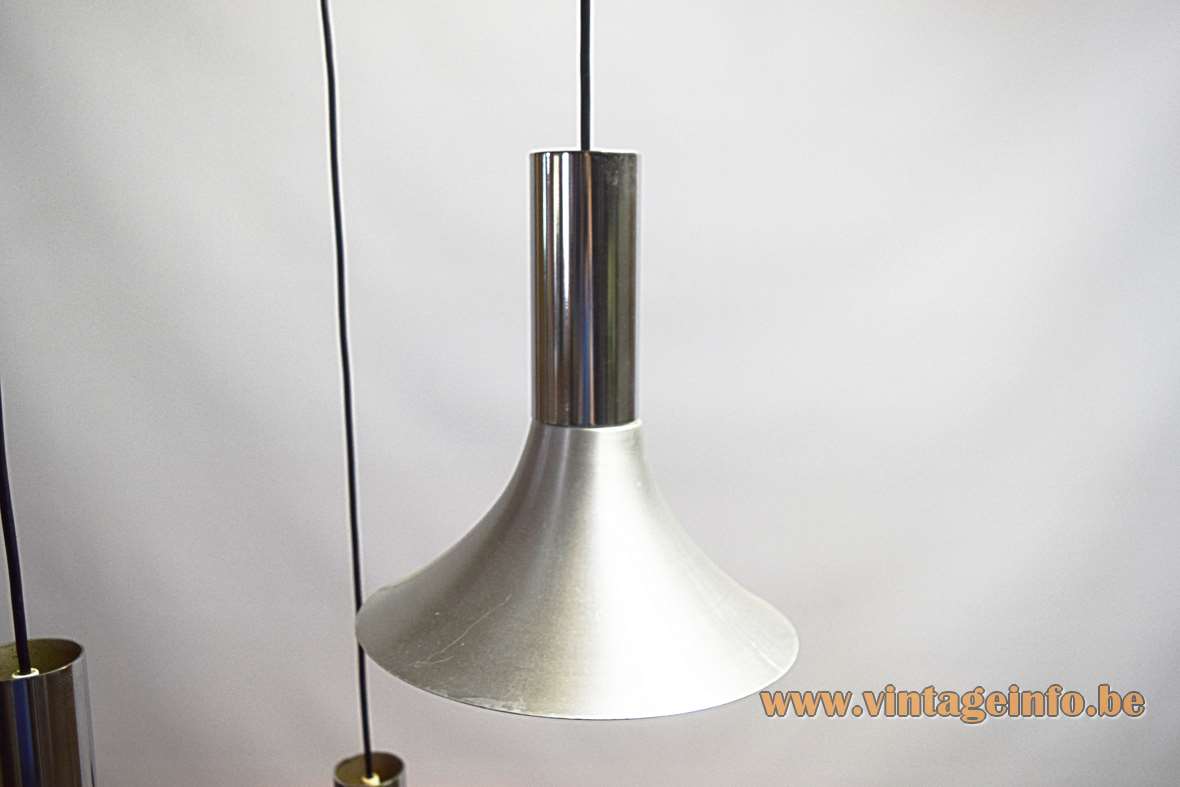 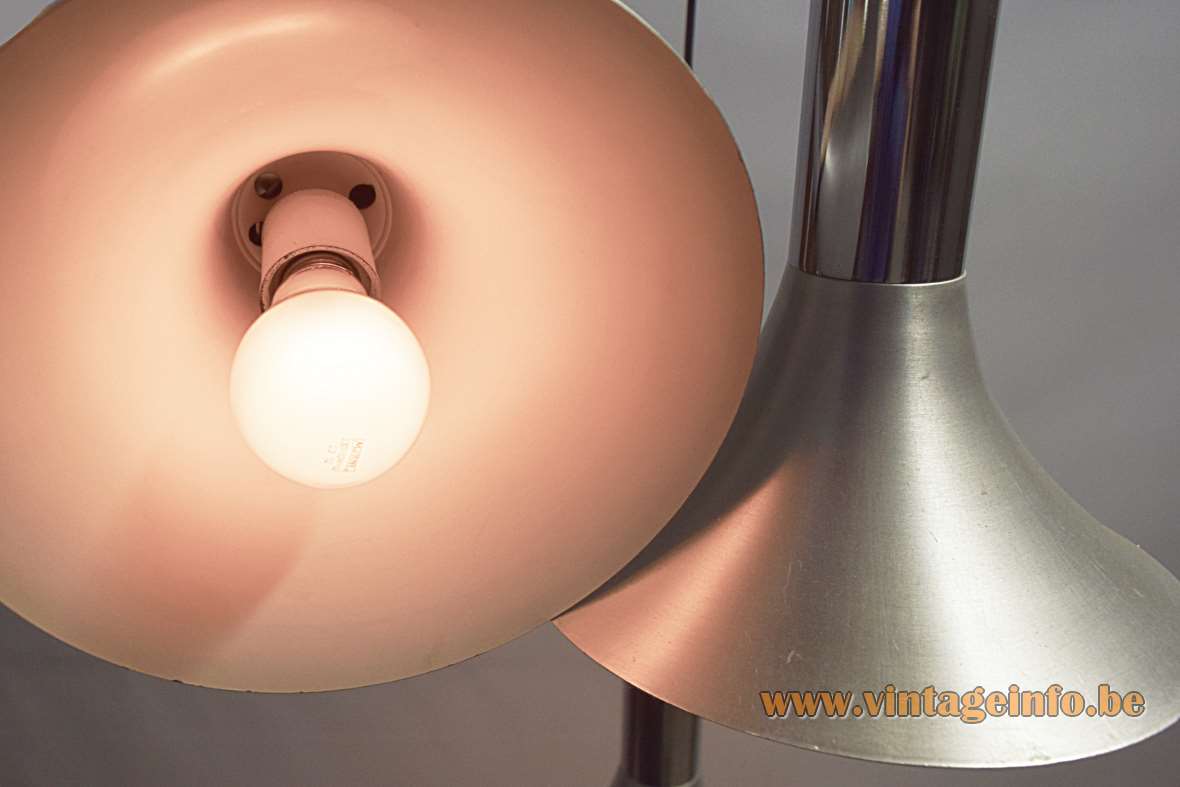 Other versions: This 1960s trumpets pendant lamp or triple cascading pendant chandelier was at least also made as a single pendant lamp. The chrome canopy of this lamp was used for many other lamps made by Massive.