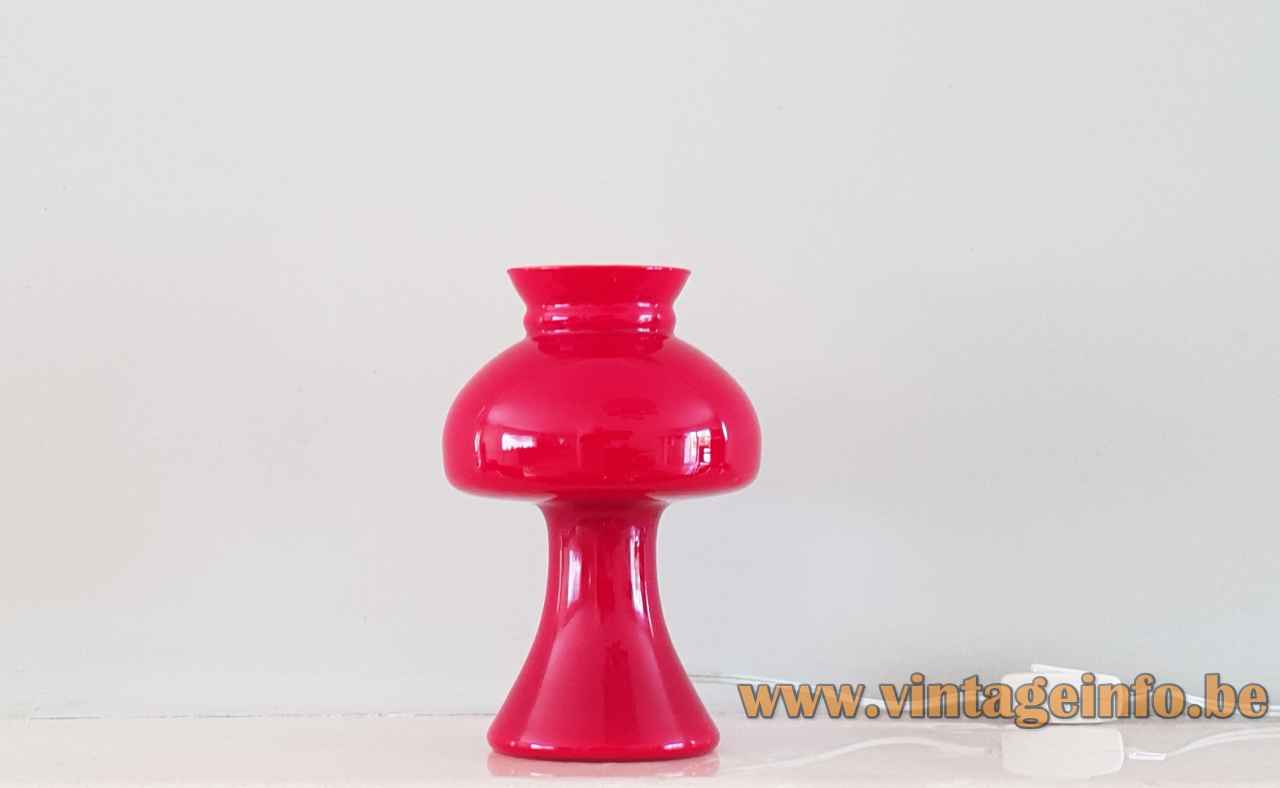 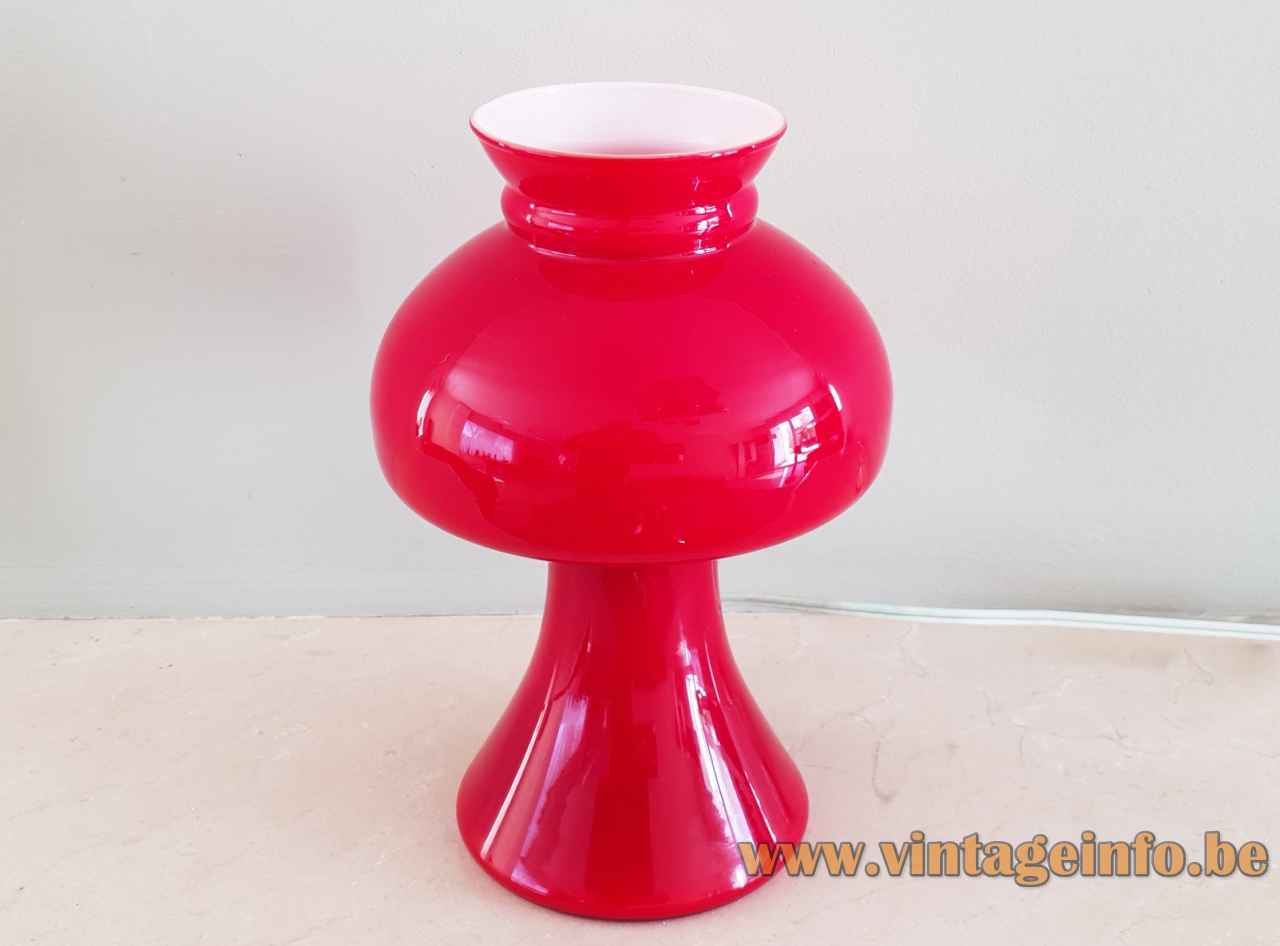 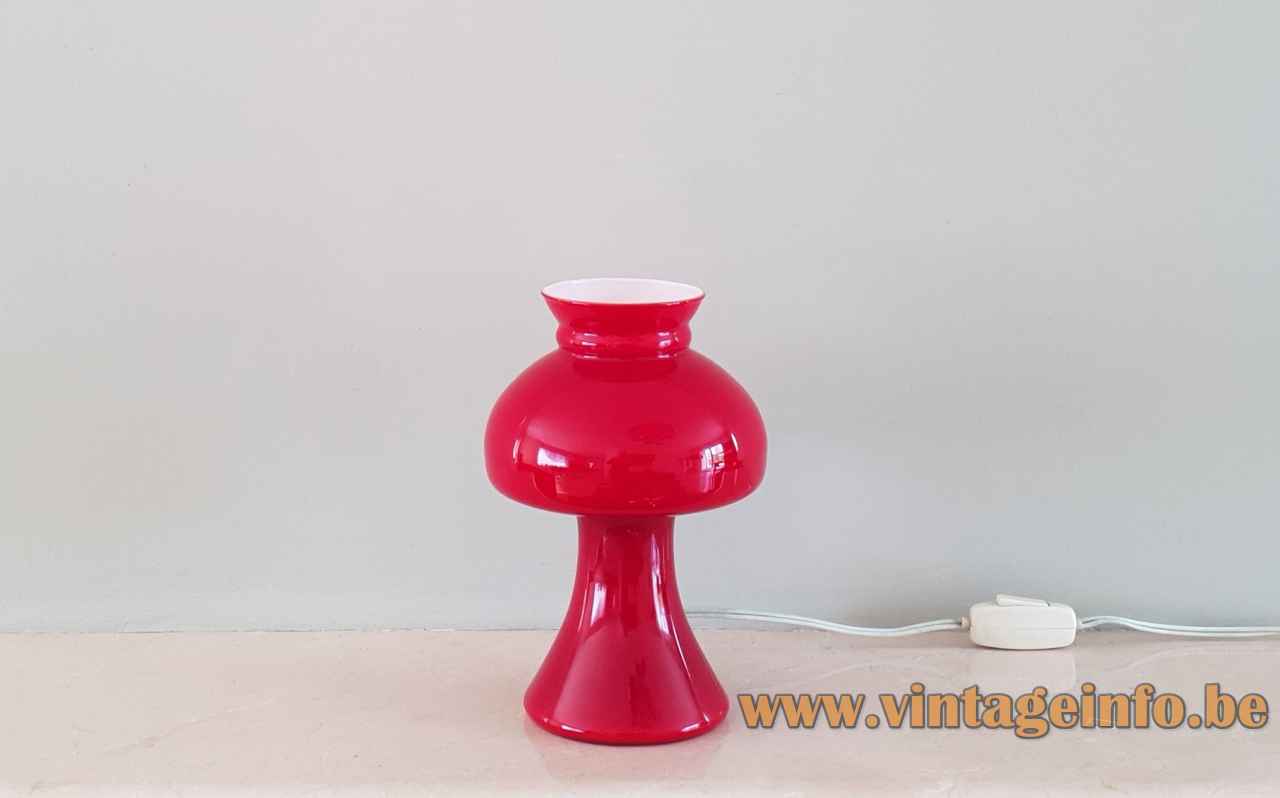 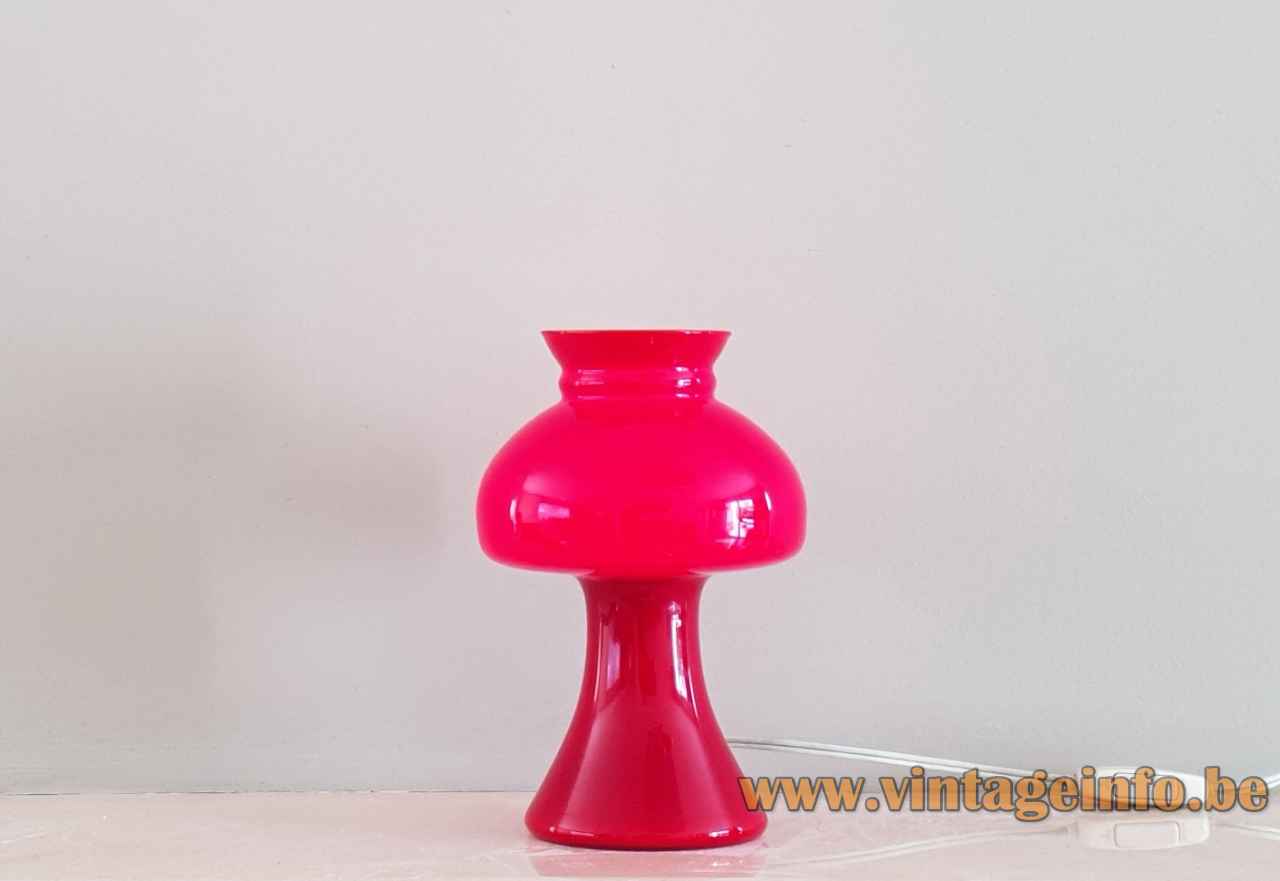 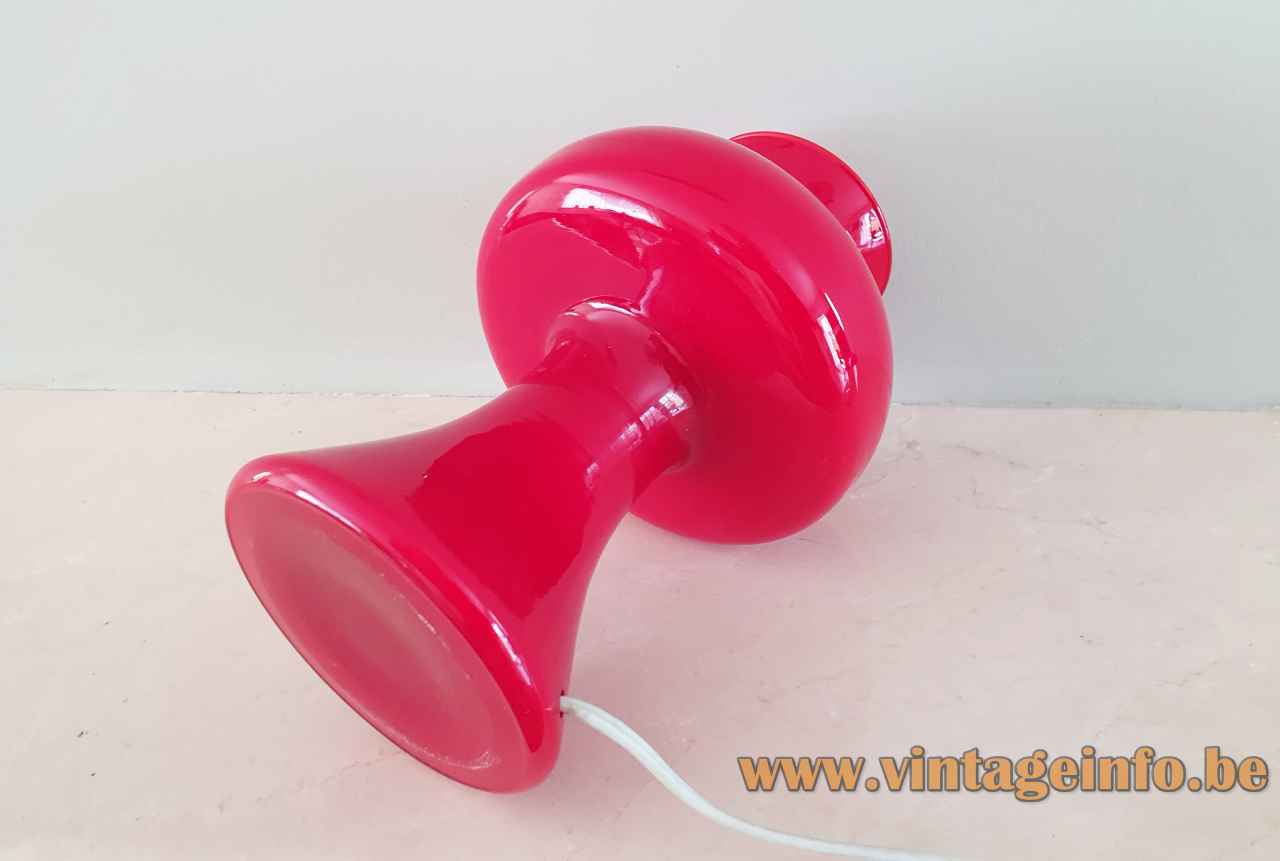 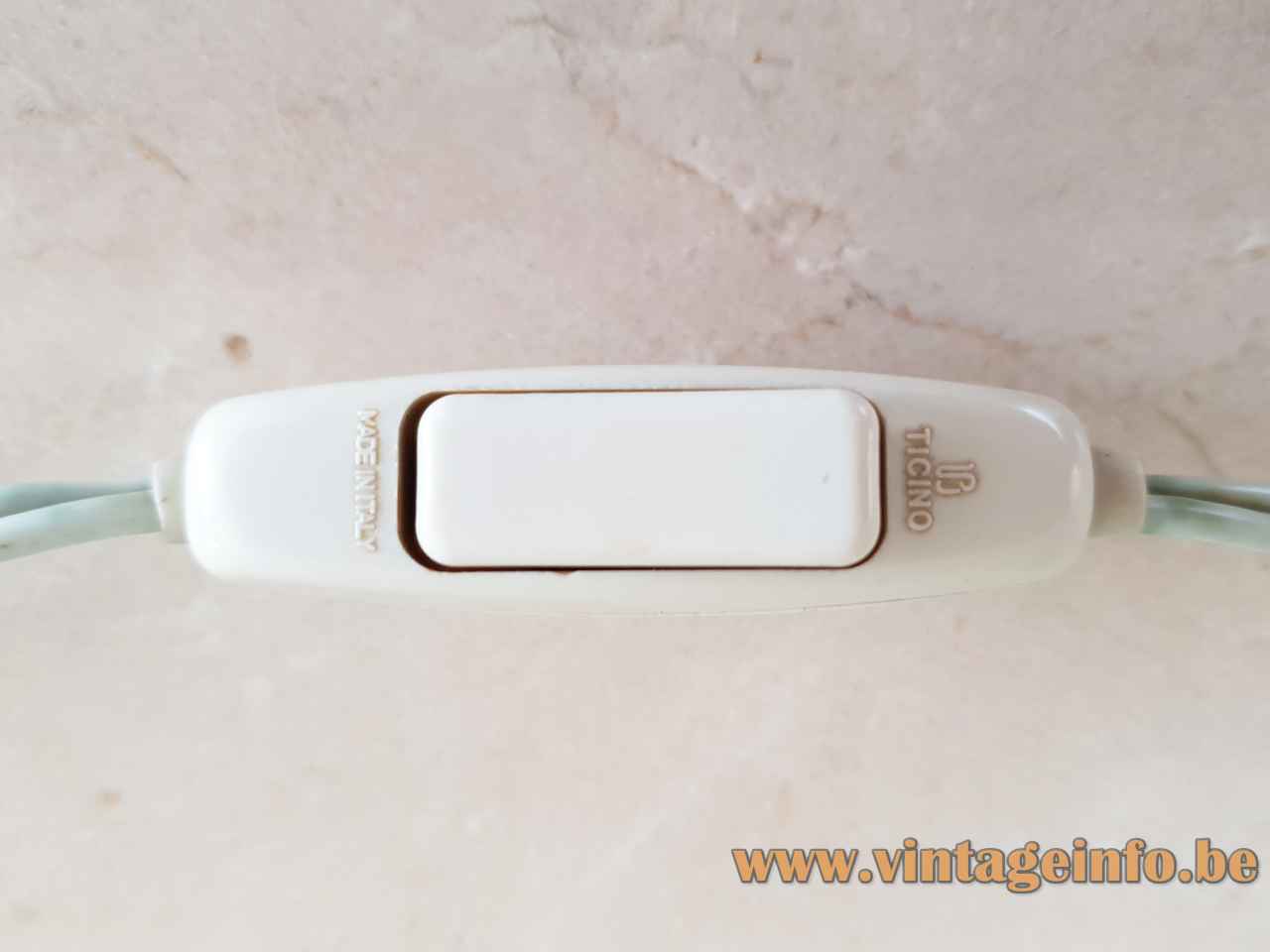 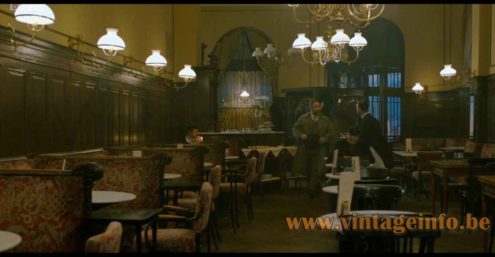 Other versions: This 1960s red glass table lamp exists in all probability in several versions and colours. The Verreries de Vianne company produced many lamps and objects in the style of this table lamp.

The design of this table lamp is based on the design of antique lighting, as you can see in the British-Austrian psychological thriller television series Vienna Blood, season 2, episode 1 (2021) set in 1900. Starring Matthew Beard and Jürgen Maurer.

Also the Dutch company Raak used this design for the B-1008 Bowl pendant lamp. You can find it over here.

Verreries de Vianne was founded by Roger Witkind. In which year the company was founded is unclear. The glass-works was reorganised and re-established at the end of World War I in 1918. The glass factory was the first industrial employer in the region.

Cristal d’Albret is the name Cristalleries et Verreries de Vianne used for it’s lighting fixtures and paperweights for a couple of decades since 1968.

In 1967 Cristalleries et Verreries de Vianne was approached by Paul Jokelson with the idea of producing paperweights with sulphides. Cristal d’Albret was born.

The company has been in trouble several times. It already filed for bankruptcy in 1984 before being taken over by it’s CEO, Richard Parent, and his family. In 1991, a new turnaround would lead to the continuation of the activity accompanied by the elimination of 80 jobs. 293 people kept their jobs.

In September 1996 the company filed for bankruptcy. It was saved but in December 2005 the end was there and the Cristalleries et Verreries de Vianne was declared bankrupt in 2006. Production of crystal glass was much cheaper in other countries and the costs were too high. Verrerie de Vianne was the last French company of this size in this niche.

Several attempts were made to restart the company. Also Italians (Vitrerie) were involved at some point. Eventually, the two Italian partners withdrew from the sale.

What remains of the heritage of the glass factory, the 3000 moulds that were used to manufacture luminaries of world renown, was about to be sold in 2013 for 35.000 Euro by the city of Vianne.

The Italian switch of this lamp was made by Ticino, today named BTicino.

Other lamps by Verrerie de Vianne