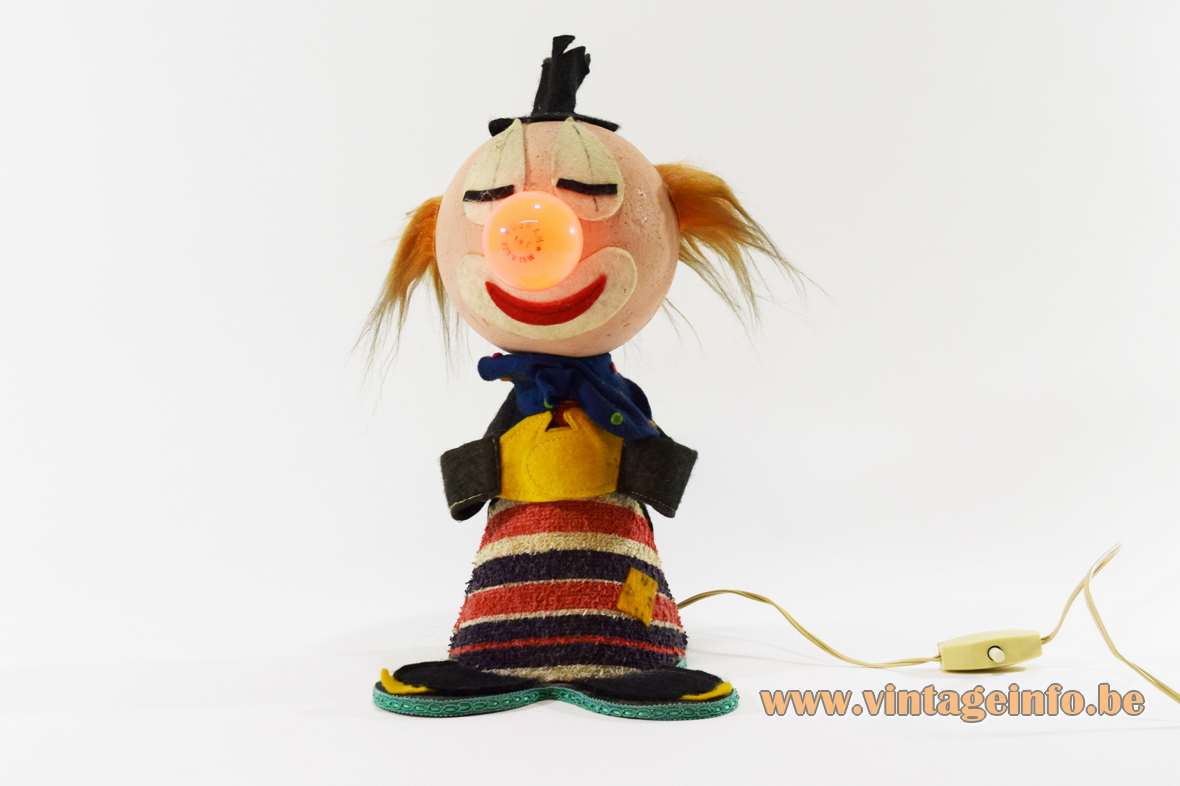 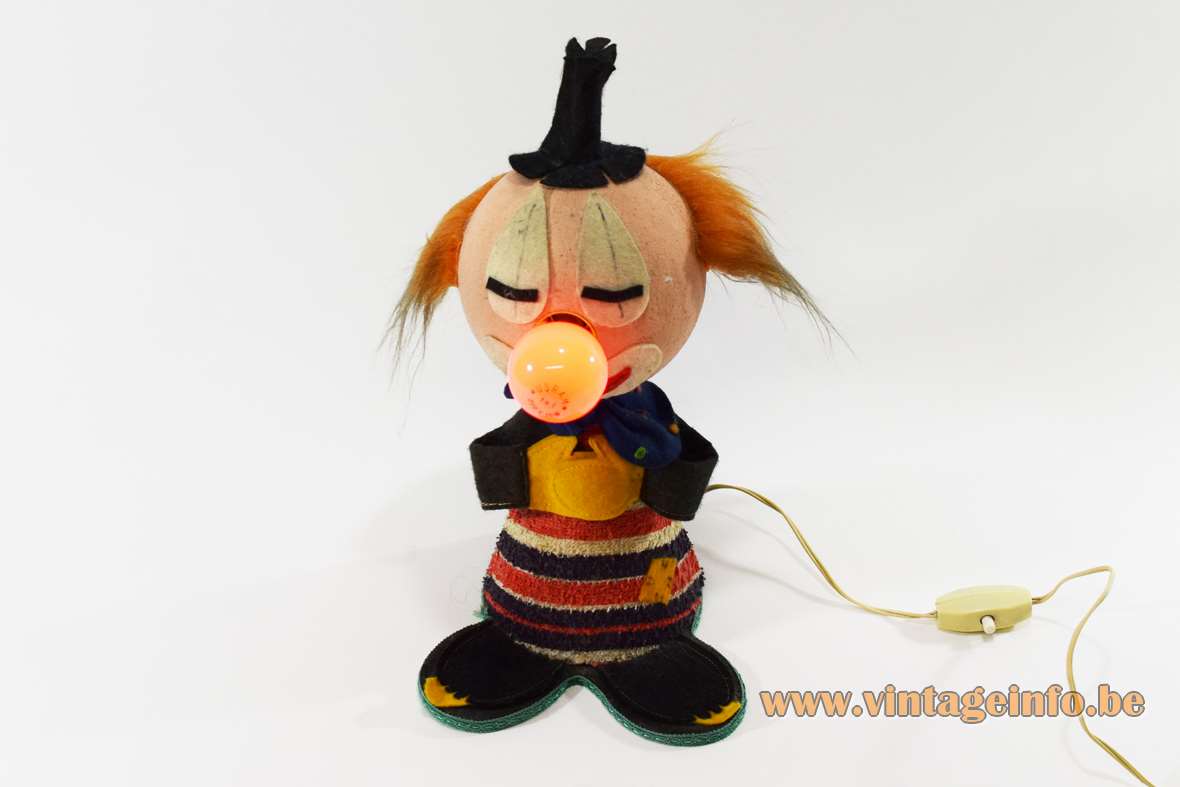 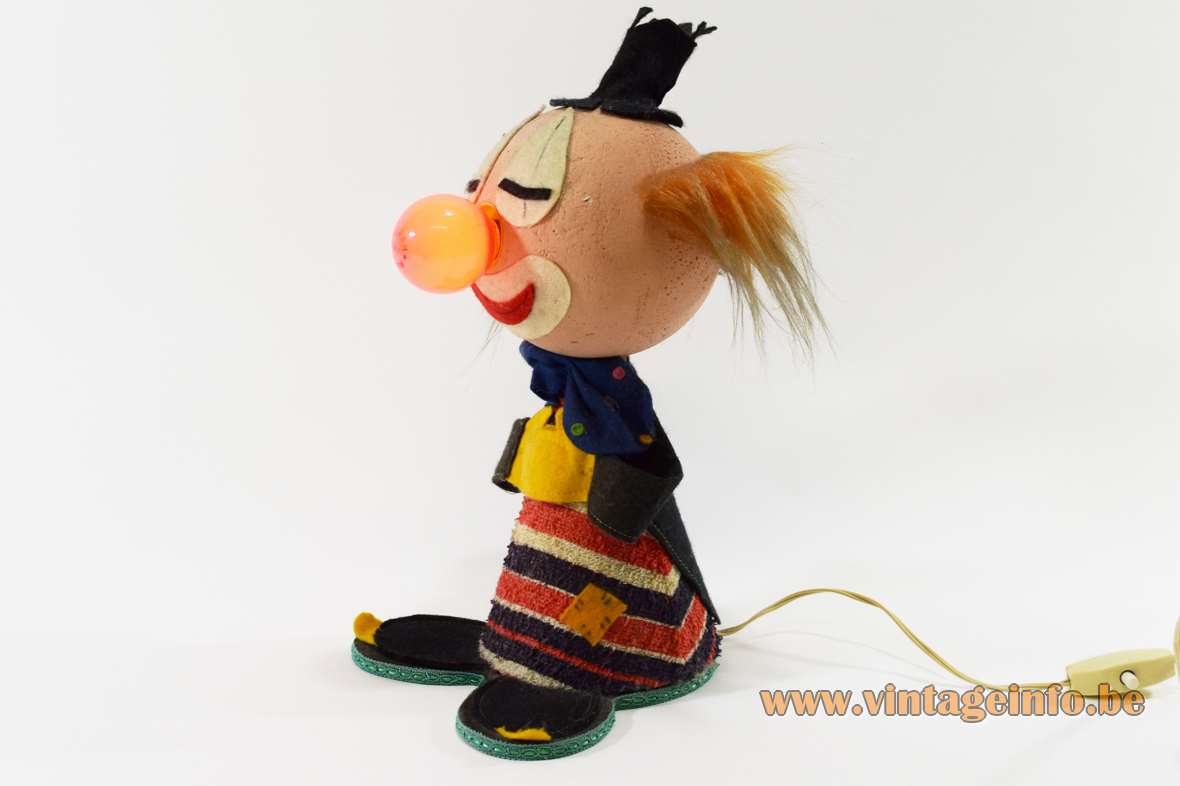 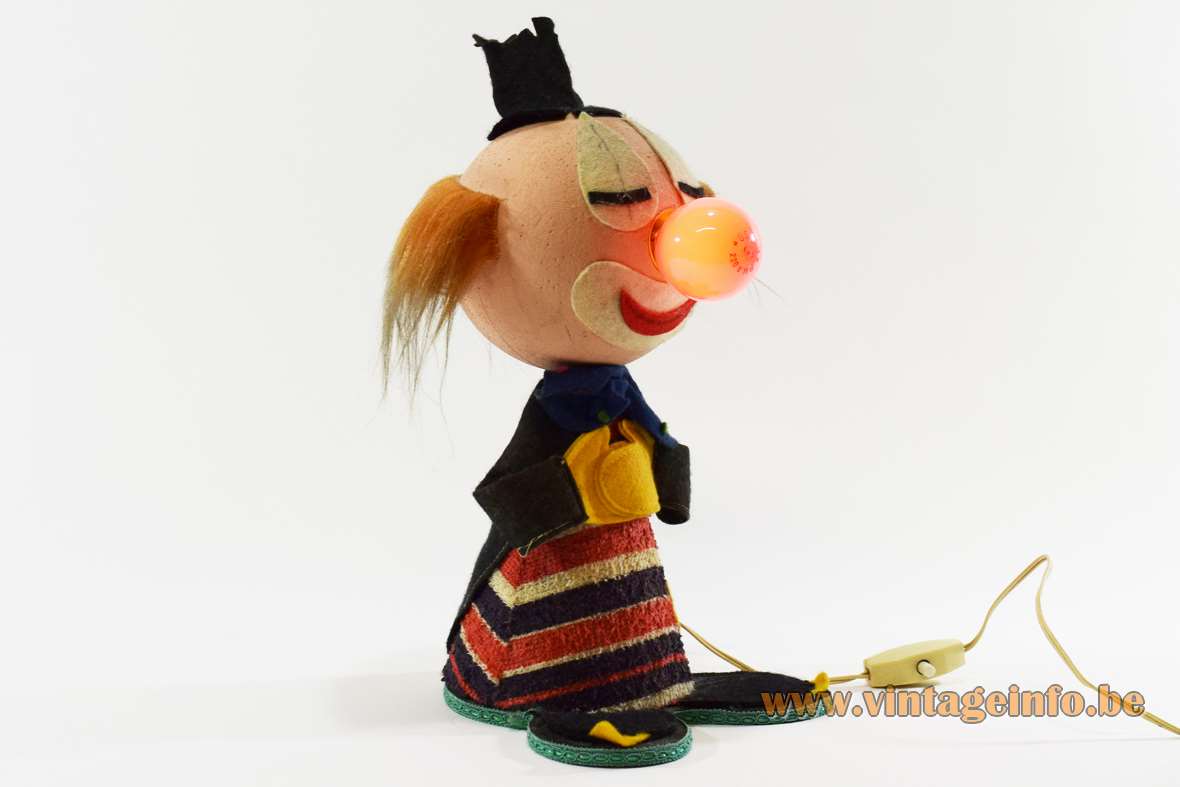 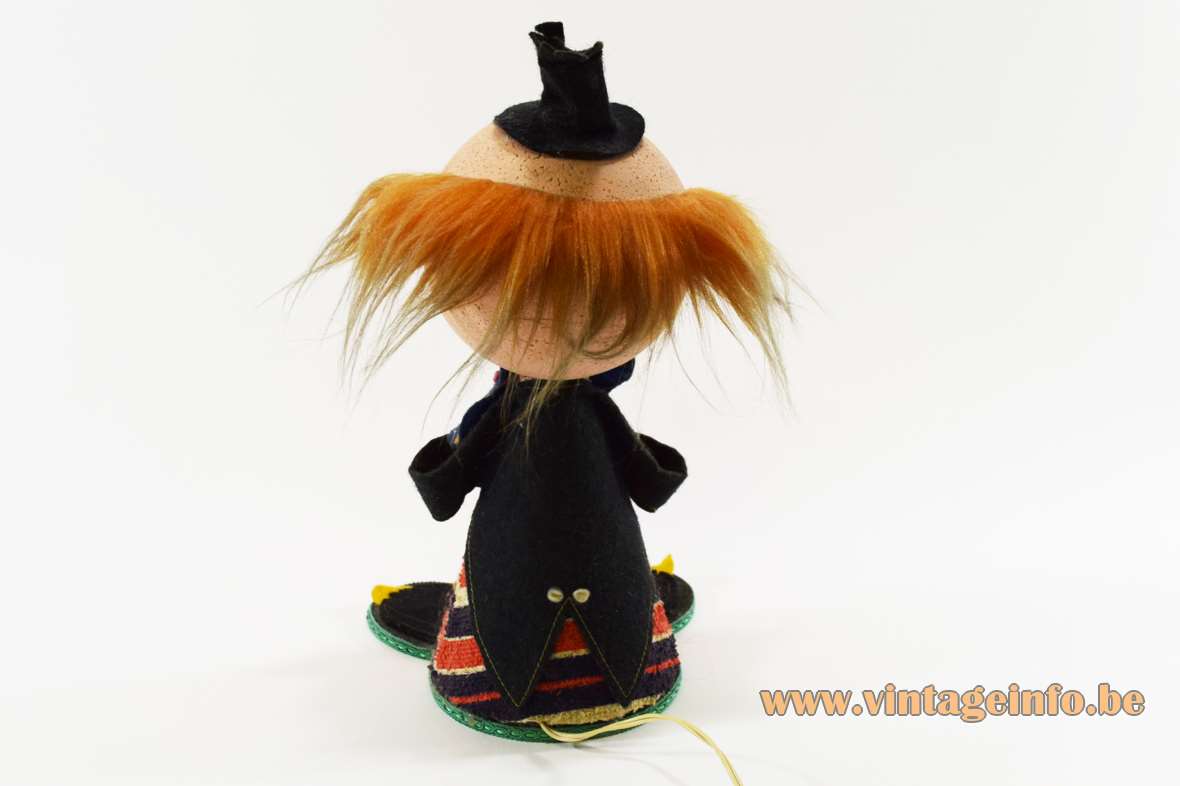 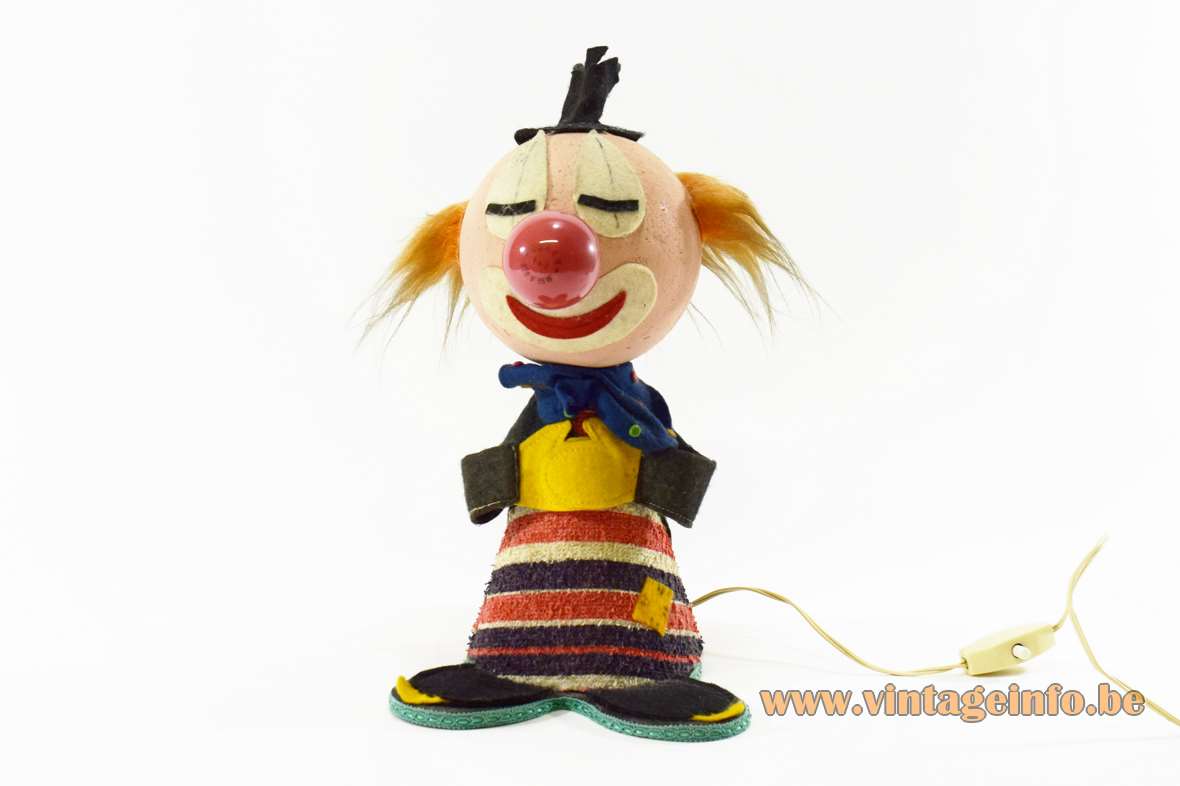 Other lamps with Arno switches

Materials: Felt, wool and some other fabrics. The head is made of styrofoam. The feet and body are made of some light wood or cardboard. White Bakelite E14 socket.

Other versions: This 1960s felt clown bobblehead table lamp exists in several varieties. Many different figurines were produced. All with a light bulb for the nose or in a basket and made with felt, as you can see below.

Produced in Italy, generic label on the bottom. These labels ware used in the 1950s, 1960s and 1970s. Sold by, probably among others, Massive from Belgium.

These doll lamps are made in the Linea Zero style, but they are probably not.  Do you have an idea about these lamps? Please let us know through the contact form and help improve the websites exactitude. Your help is much appreciated.

The electric parts are Italian and made in the 1960s by Arno.  Arno is a typical European name. Arno elettronica SRL exists in Italy. It’s unclear if this Arno is the maker and that the company existed in the 1960s. The switch is article nr. 503. 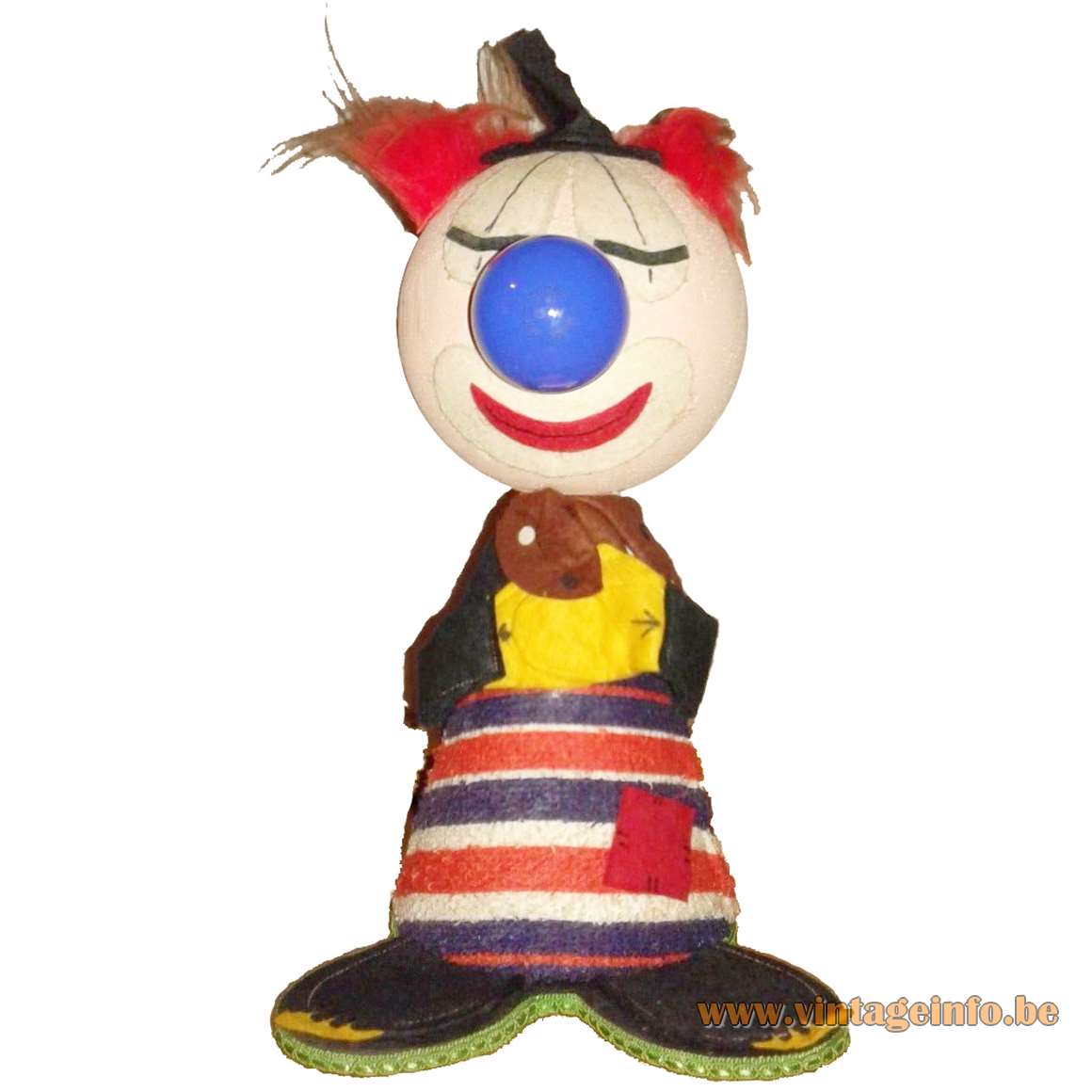 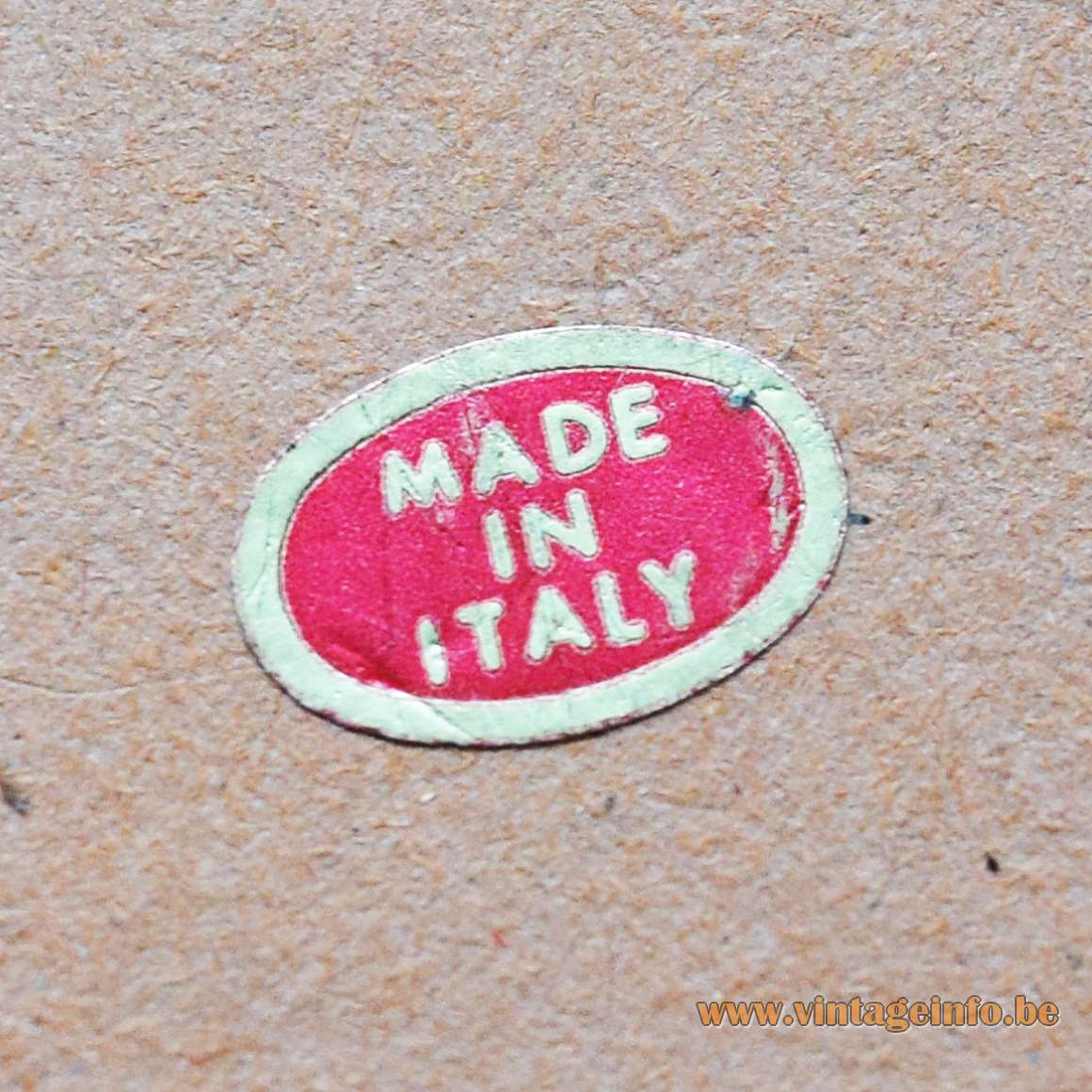 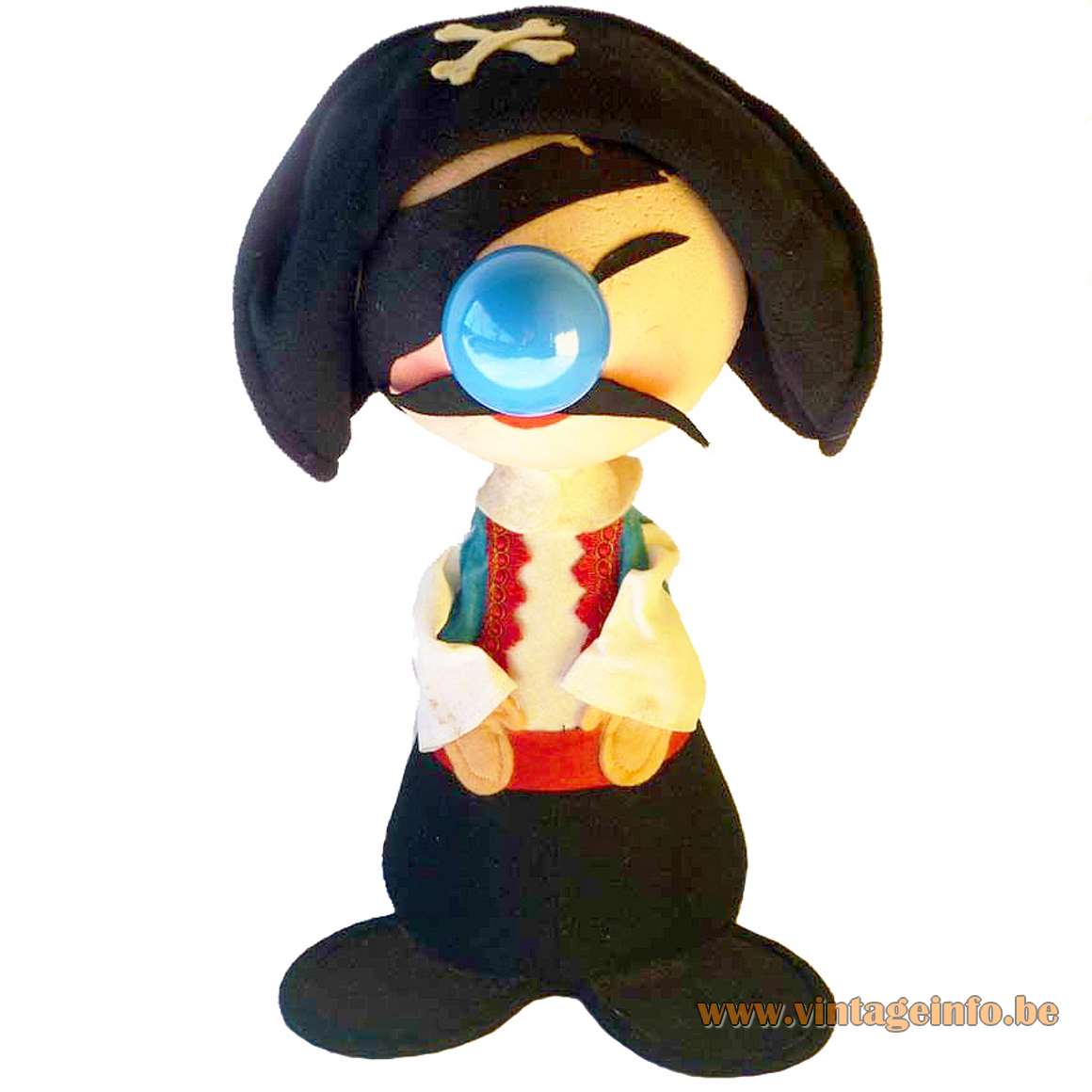 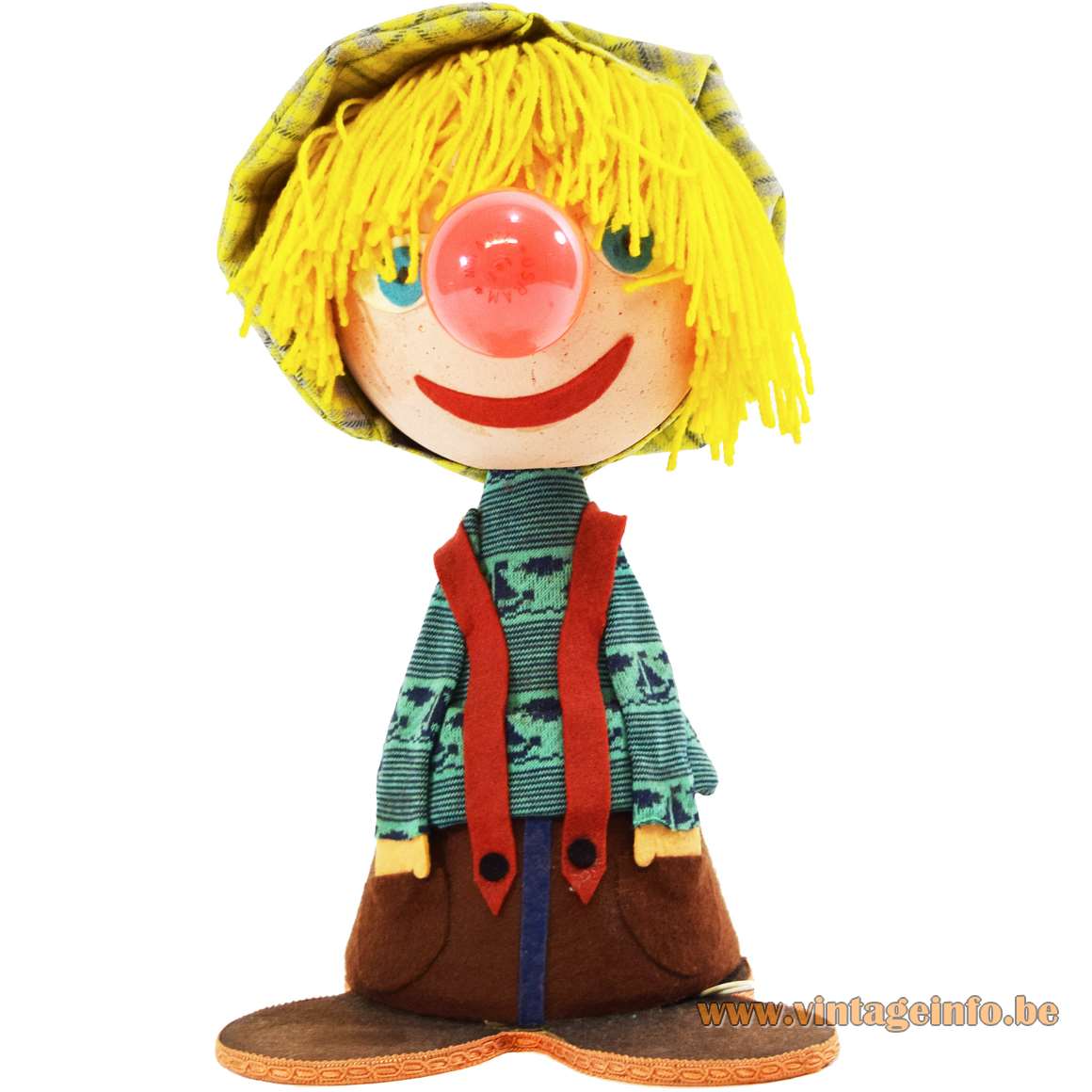