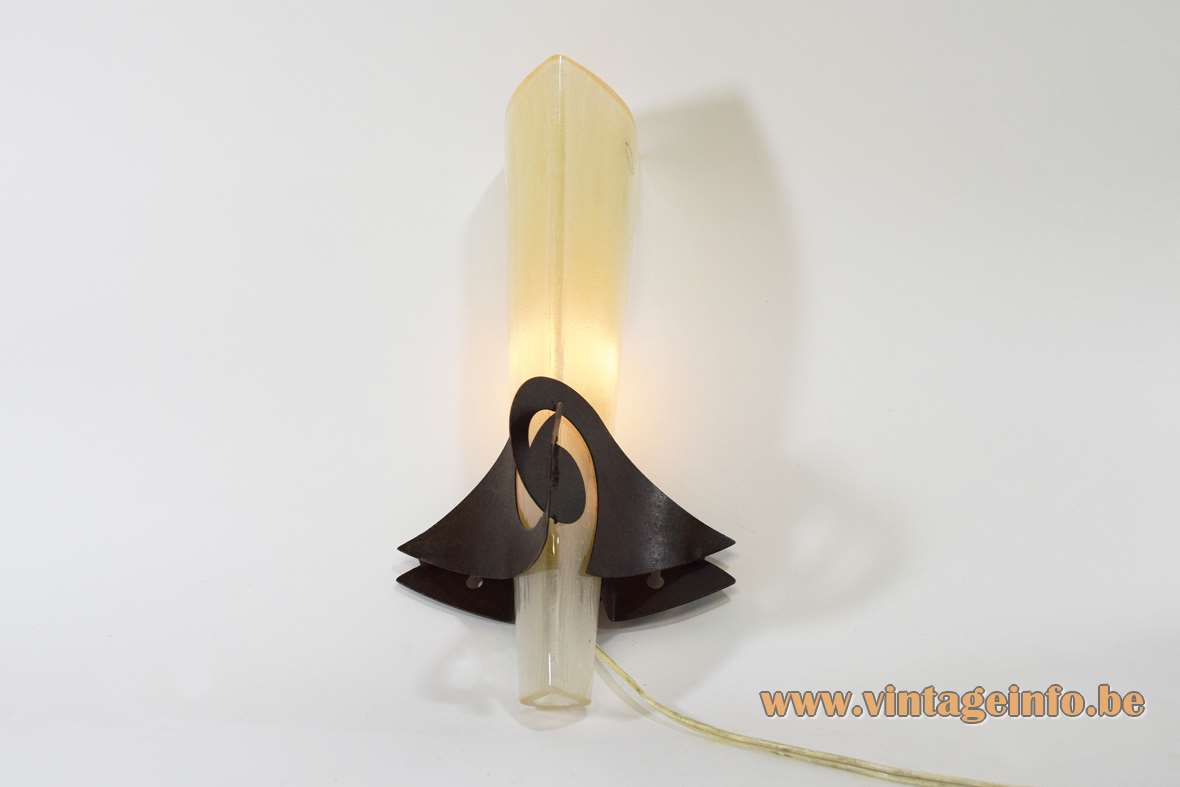 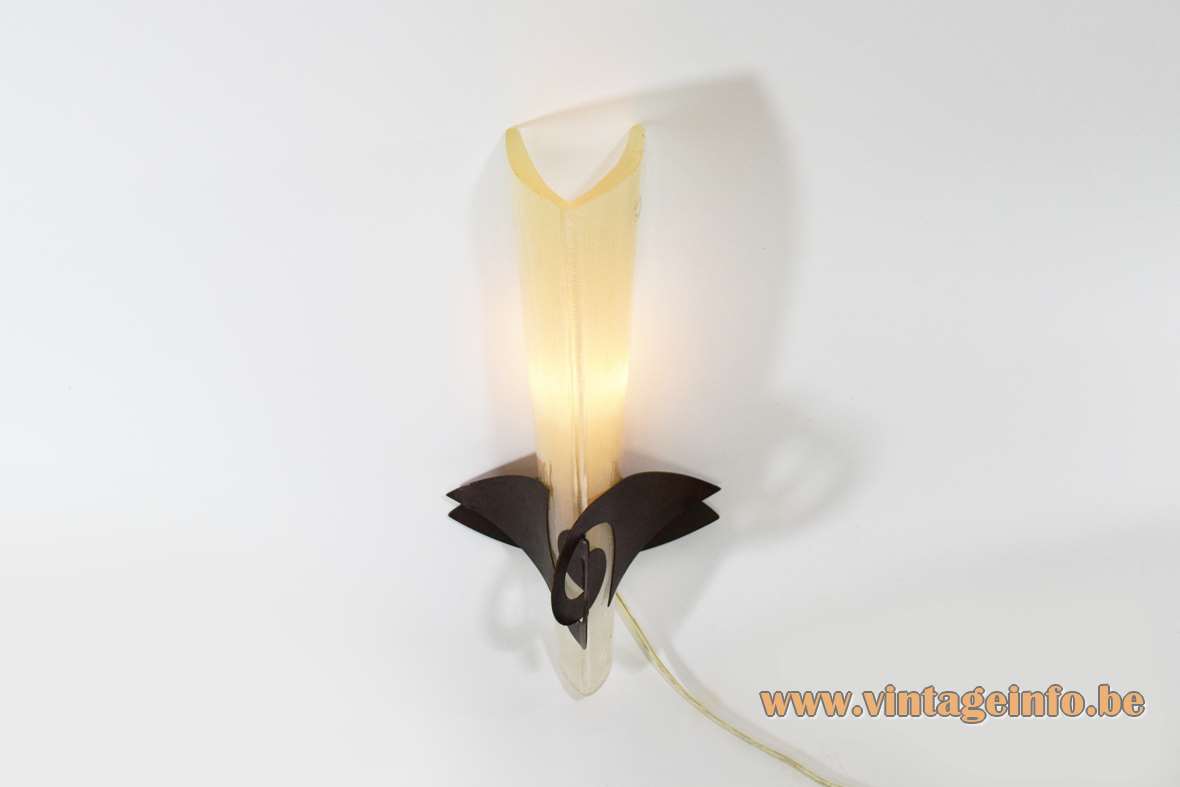 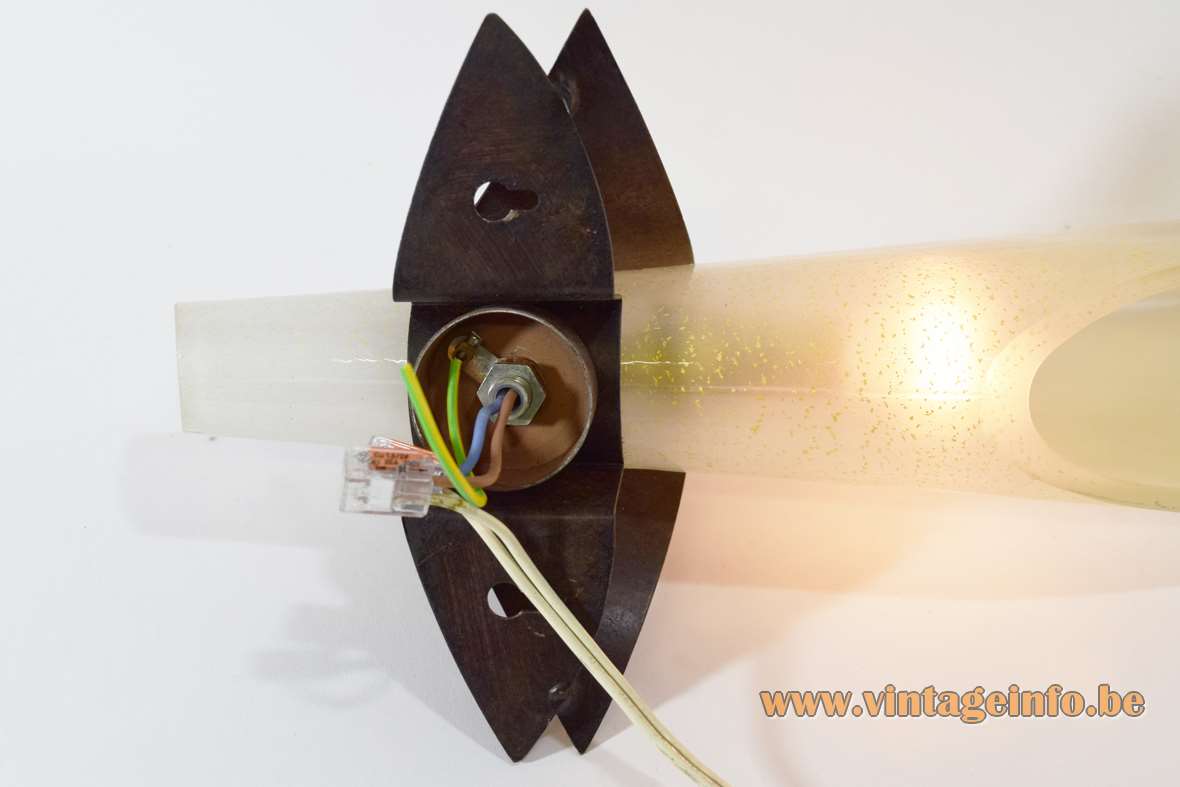 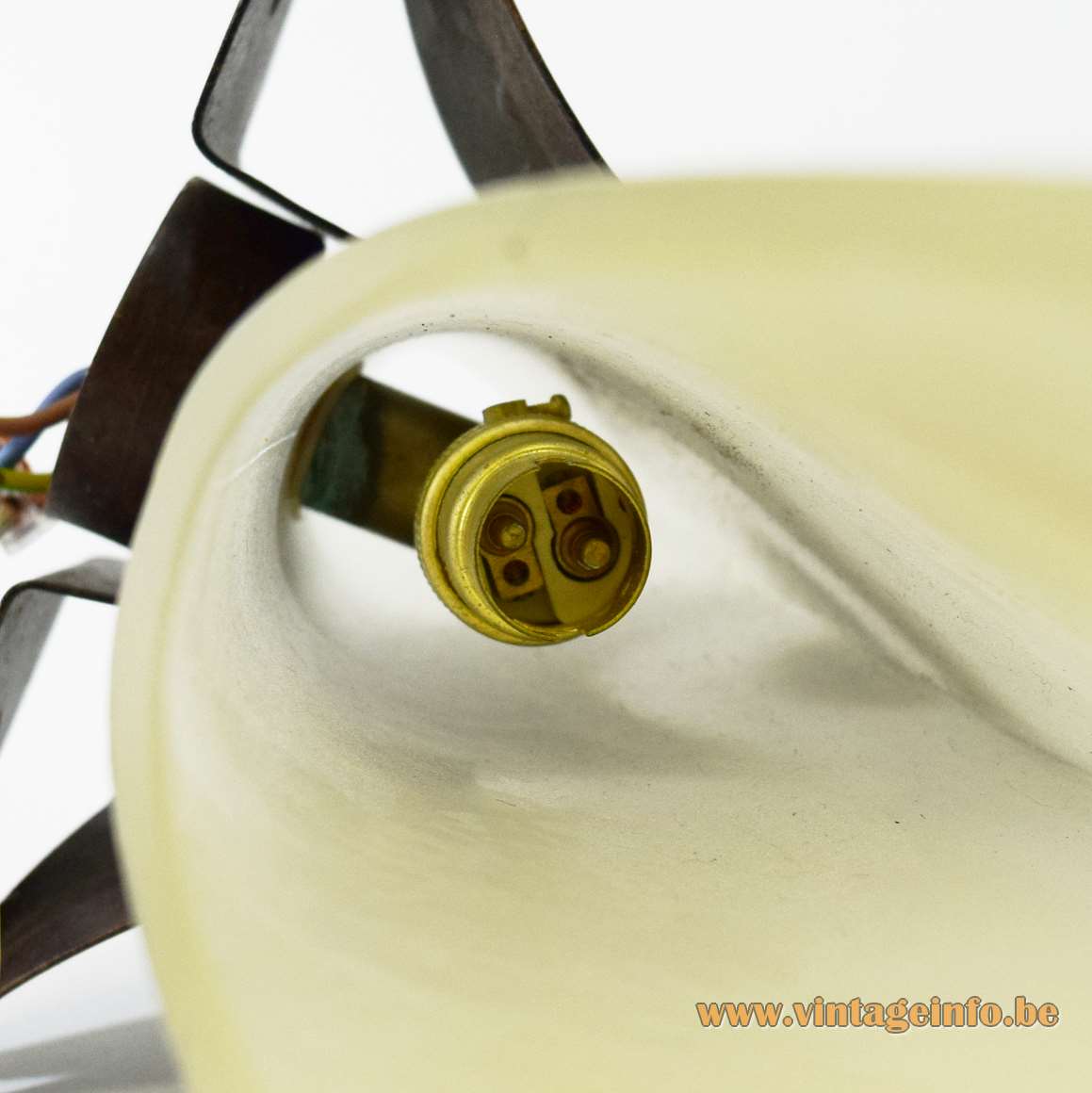 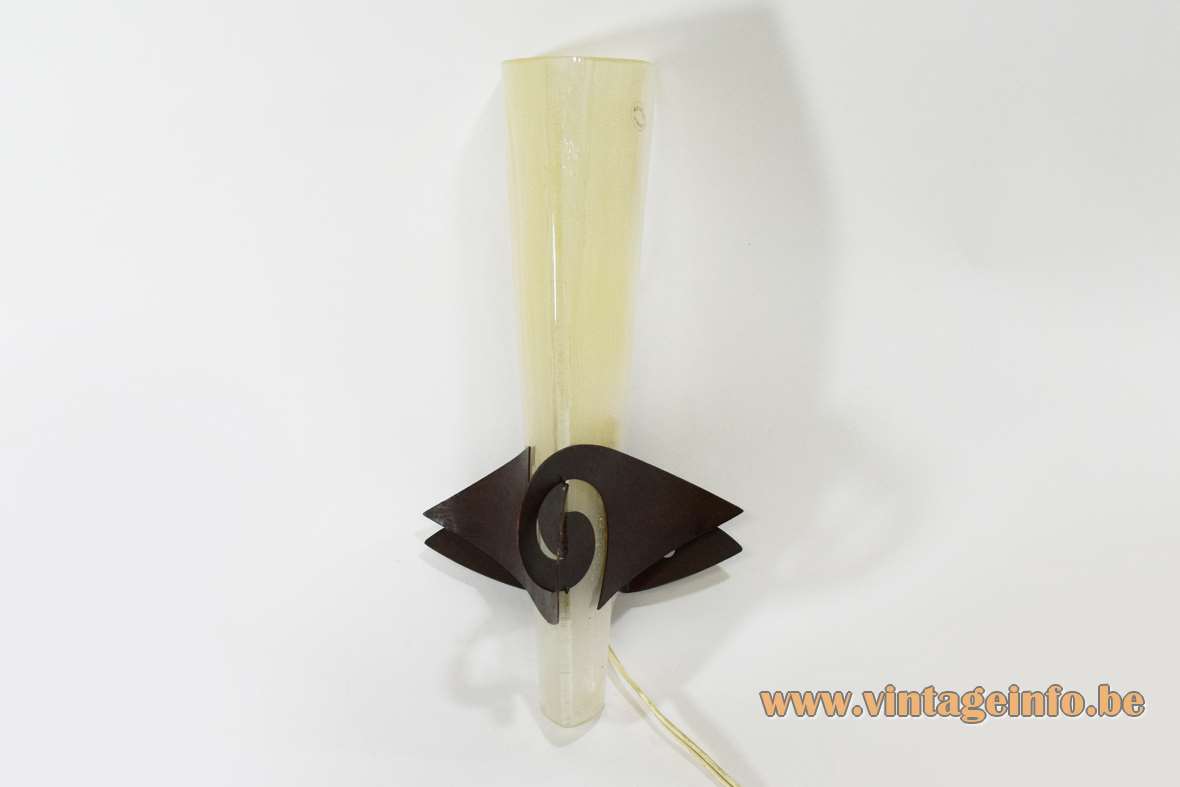 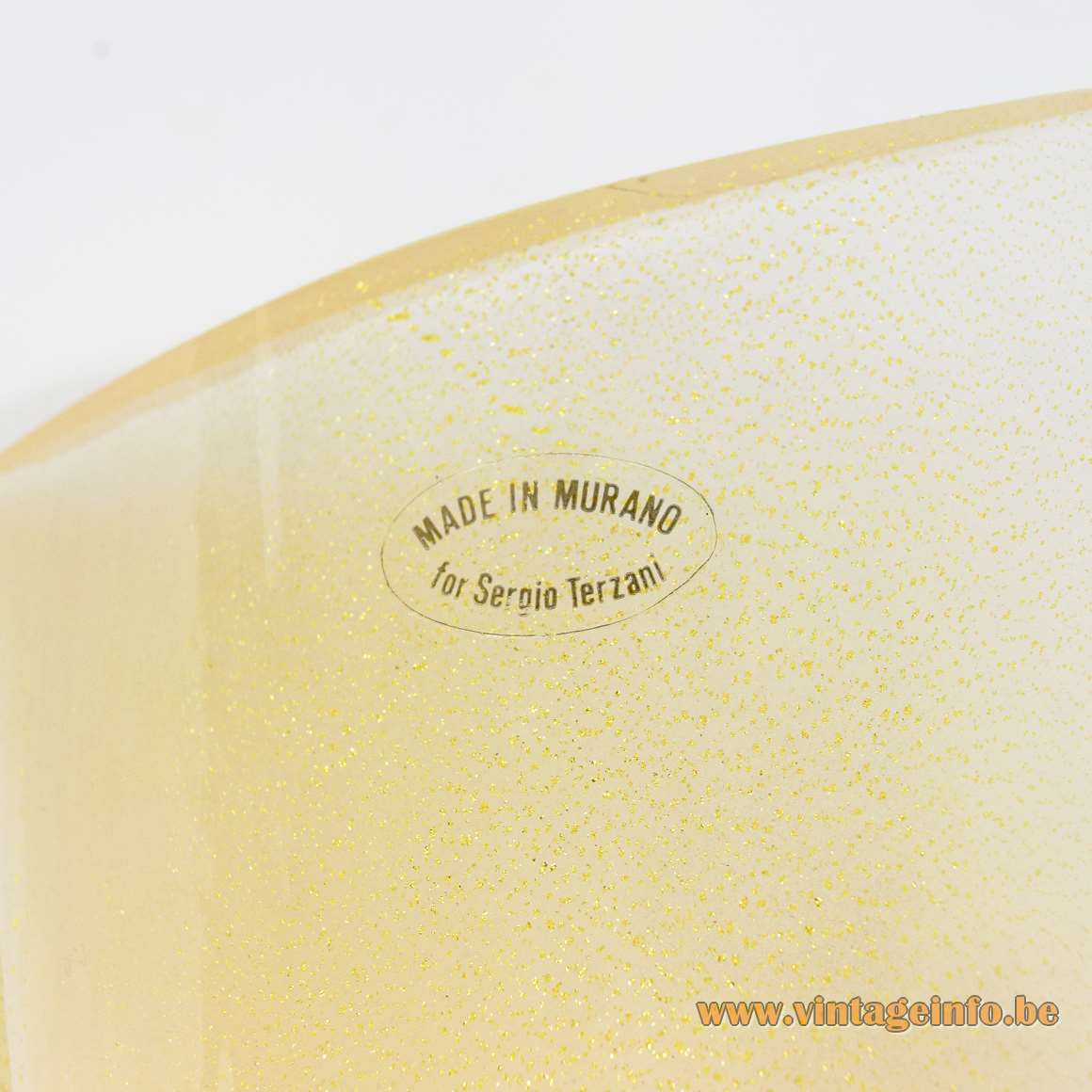 Other versions: This Terzani Phantom wall lamp exists in some varieties: satin nickel, gold leaf, white glass… It was also produced as a chandelier.

Jean-François Crochet was born in 1949. He went to several art schools in Paris, France. In the sixties he designed several fashion boutiques, restaurants, bars and nightclubs in the French capital and also in Montreal, Canada. In 1985 he met Sergio Terzani on the beach and a bit later he started to work for the Terzani company. He designed the Phantom lamp series in 1986. These lamps are still for sale (2018). The slogan of this lamp is “PHANTOM, An Elegant Evening”.

Terzani was founded in 1972 near Florence, Italy by Sergio Terzani. The brand tries to redefine the way in which luxury lighting is conceived and realised. The company has always worked to combine the Italian artisan tradition with the most modern technology. Terzani ‘s original point of view was to create handmade products that could combine the boundaries between art, luxury and design. 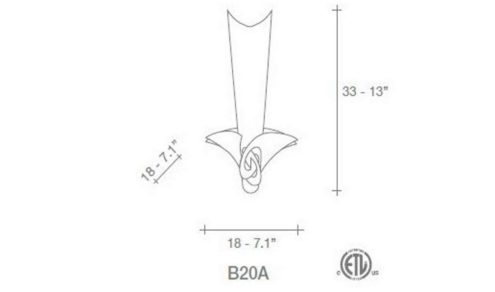 Many thanks to Manuela from Terzani for the info.