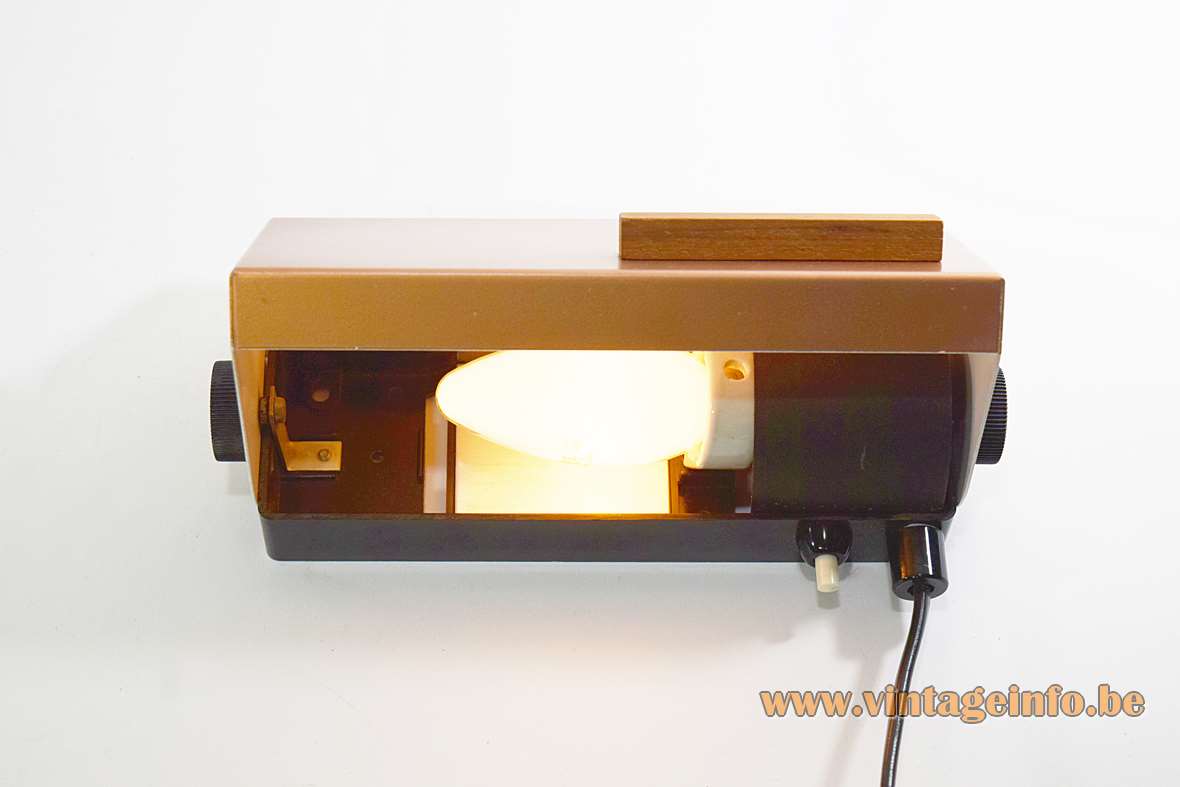 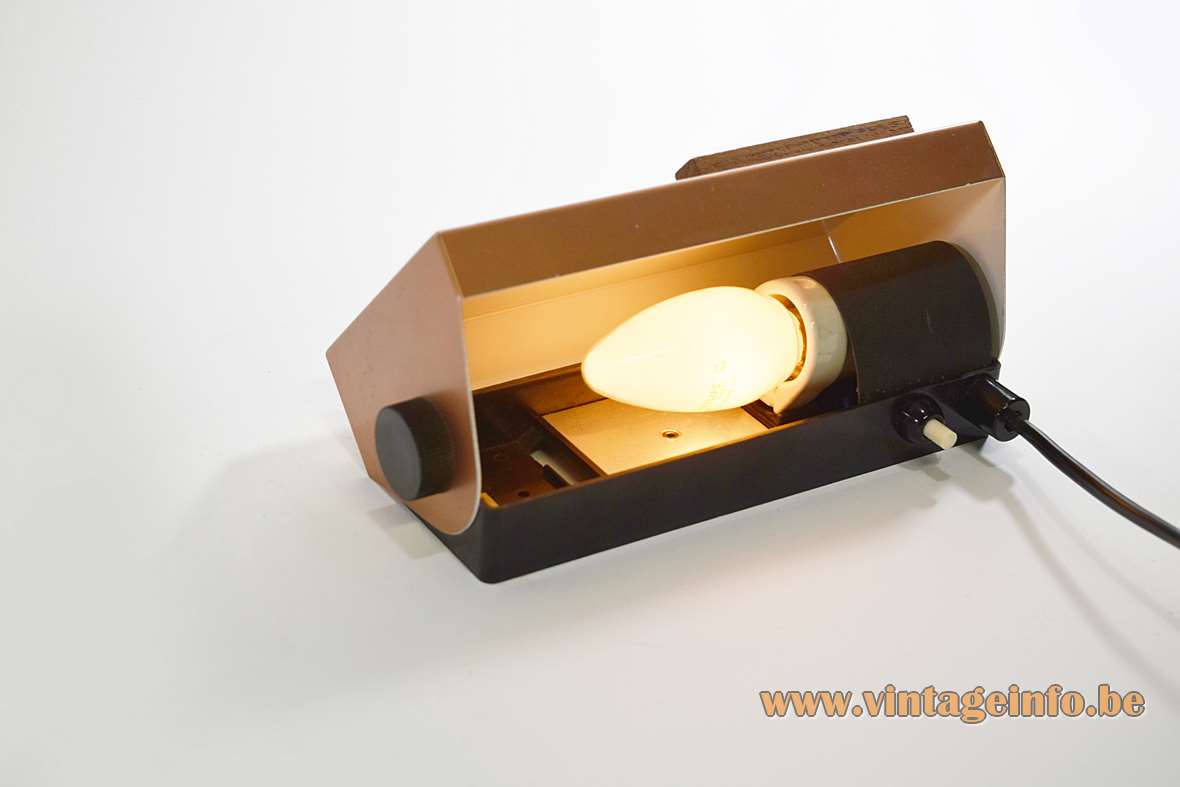 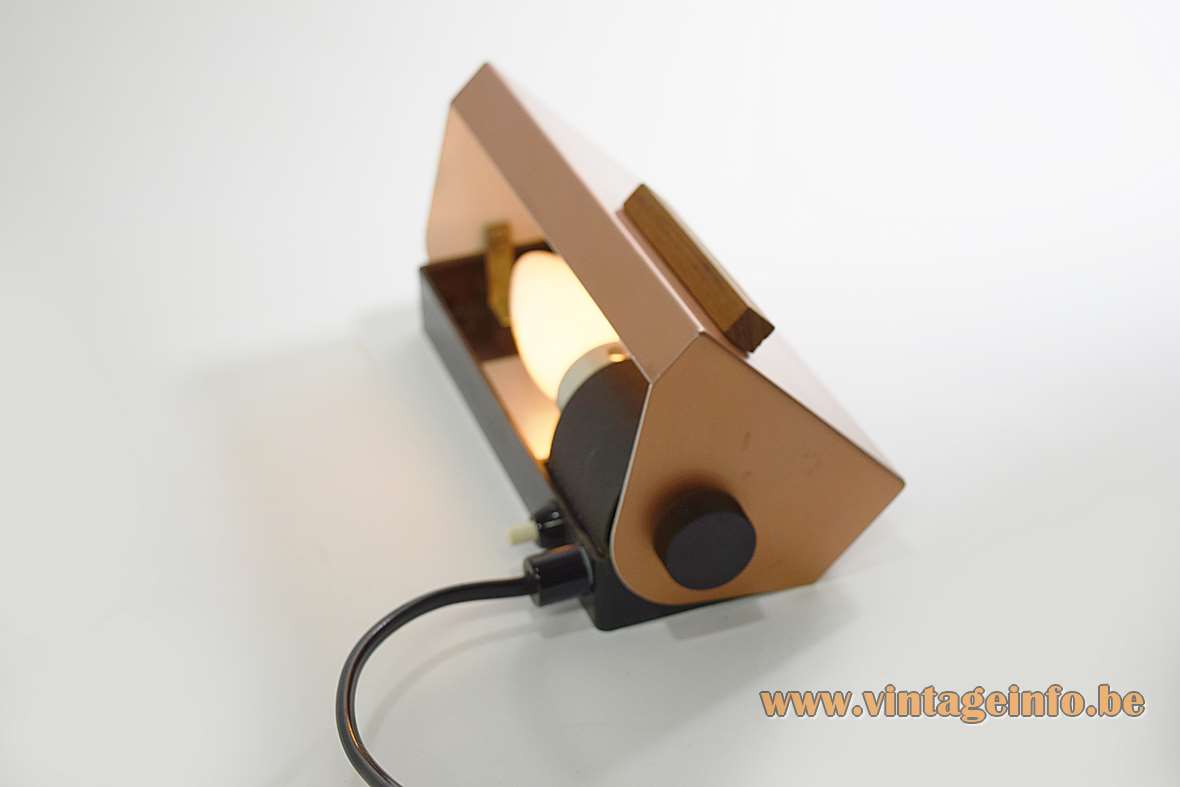 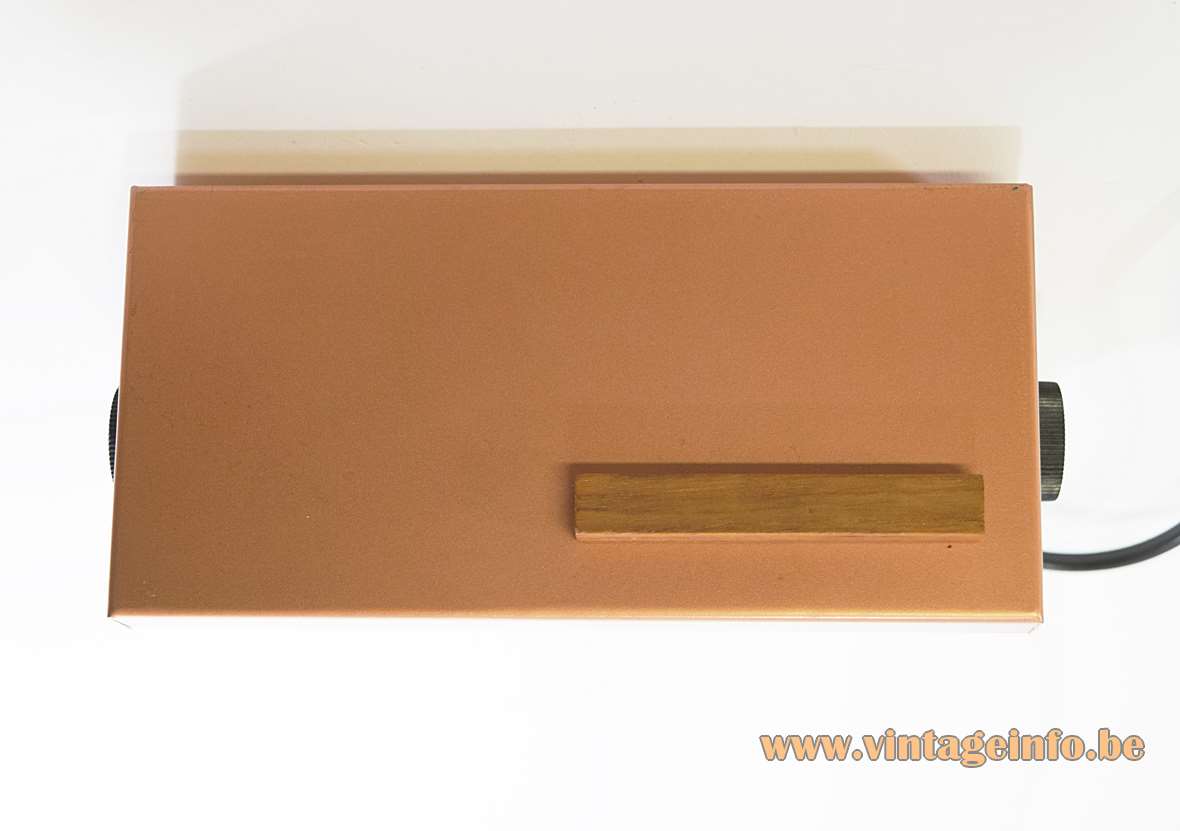 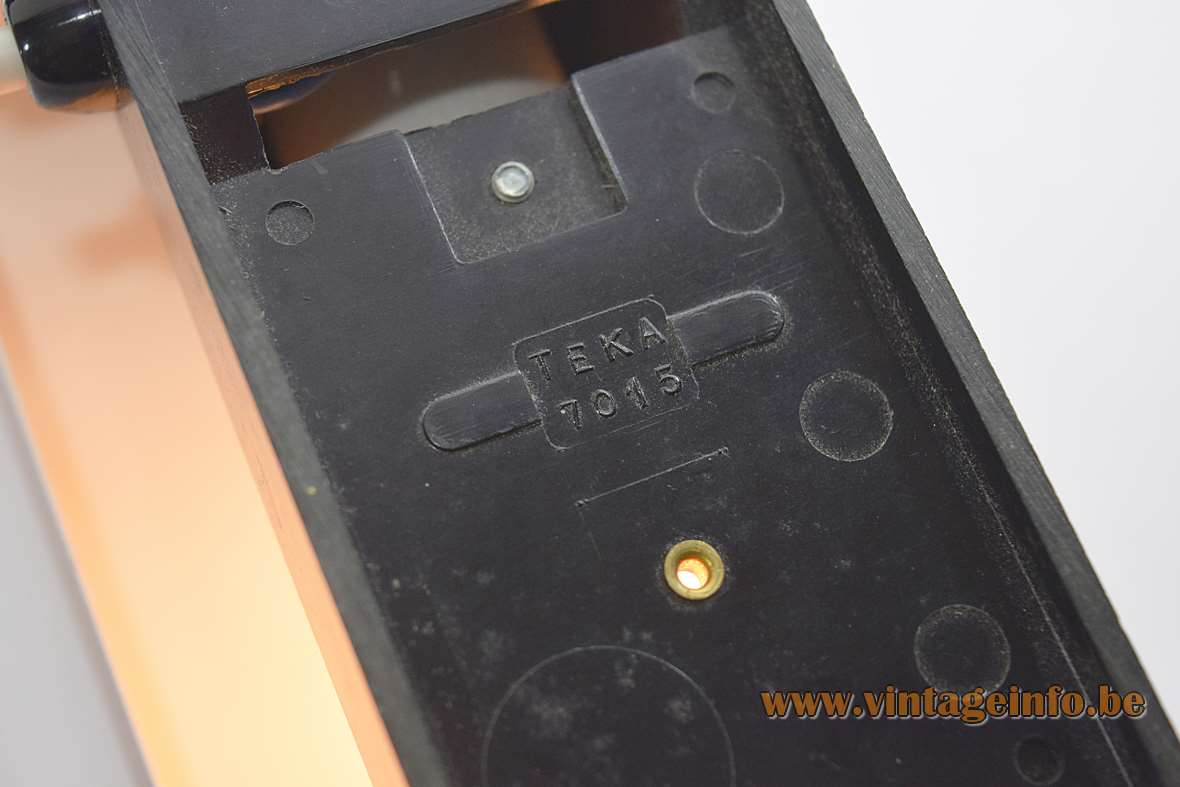 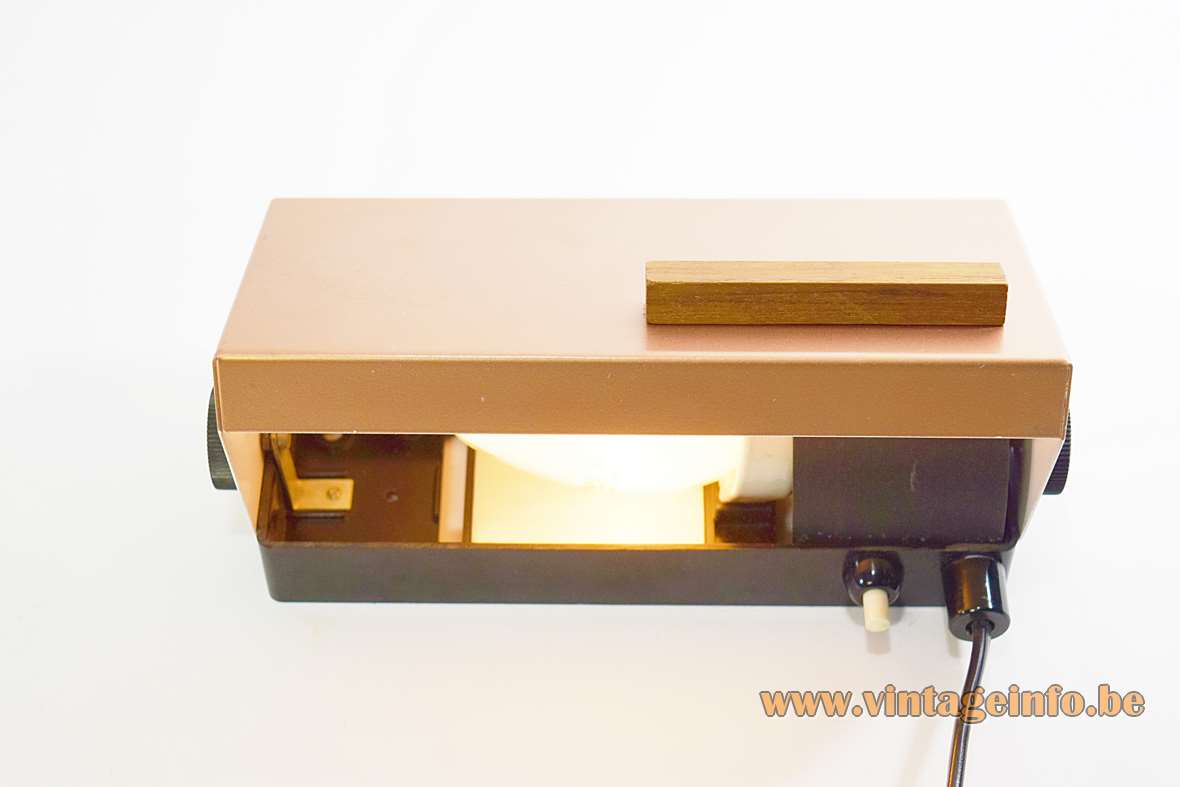 Other versions: The Teka 7015 wall lamp was probably made in some varieties.

Teka 7015 is moulded on the back of the Bakelite wall mount.

Other companies such as the Dutch ANVIA made similar wall lights designed by Jan Hoogervorst, in the 1950s. Hiemstra Evolux, also from the Netherlands produced a wall lamp in this style with a wooden handle. Several other companies did.

Not much information to be found about the TEKA, Theodor Krägeloh & Co company, unfortunately. It must be long gone. They received 2 iF Design Awards, in 1964 and 1966.

Another lamp company exists with the same name, but it got nothing to do with this TEKA. It was founded in the nineties.

TEKA, Theodor Krägeloh & Co on the iF Design website