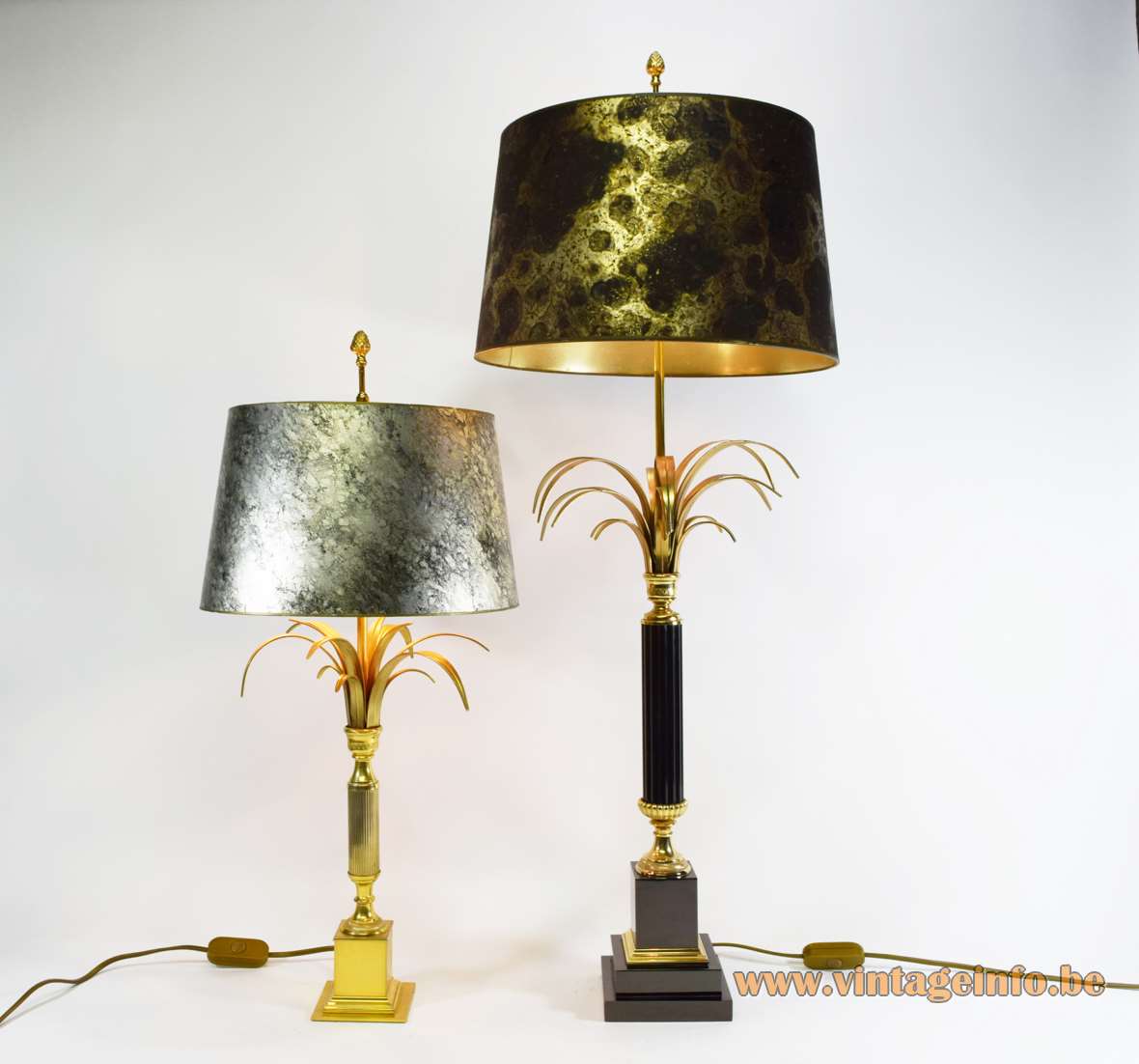 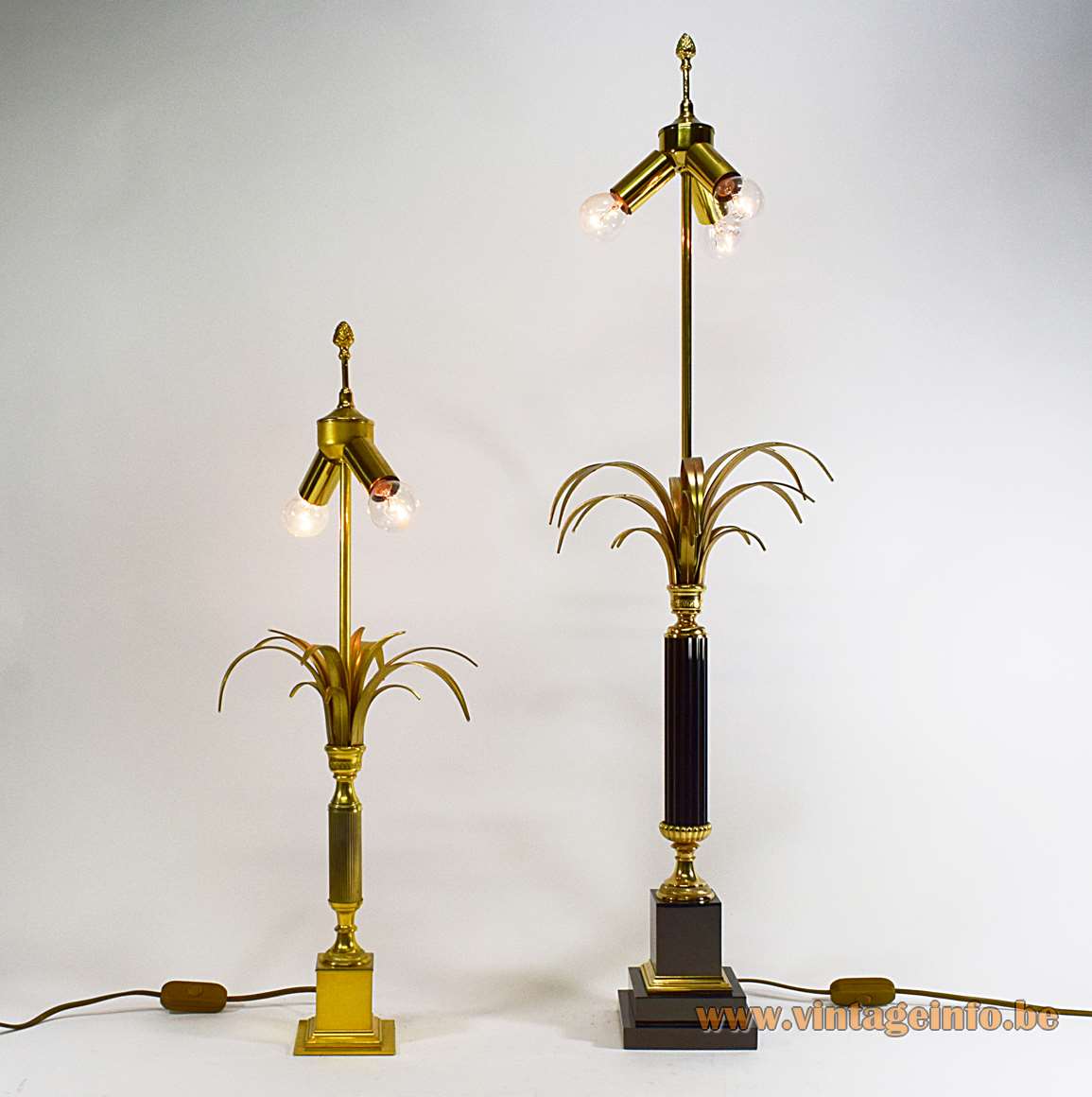 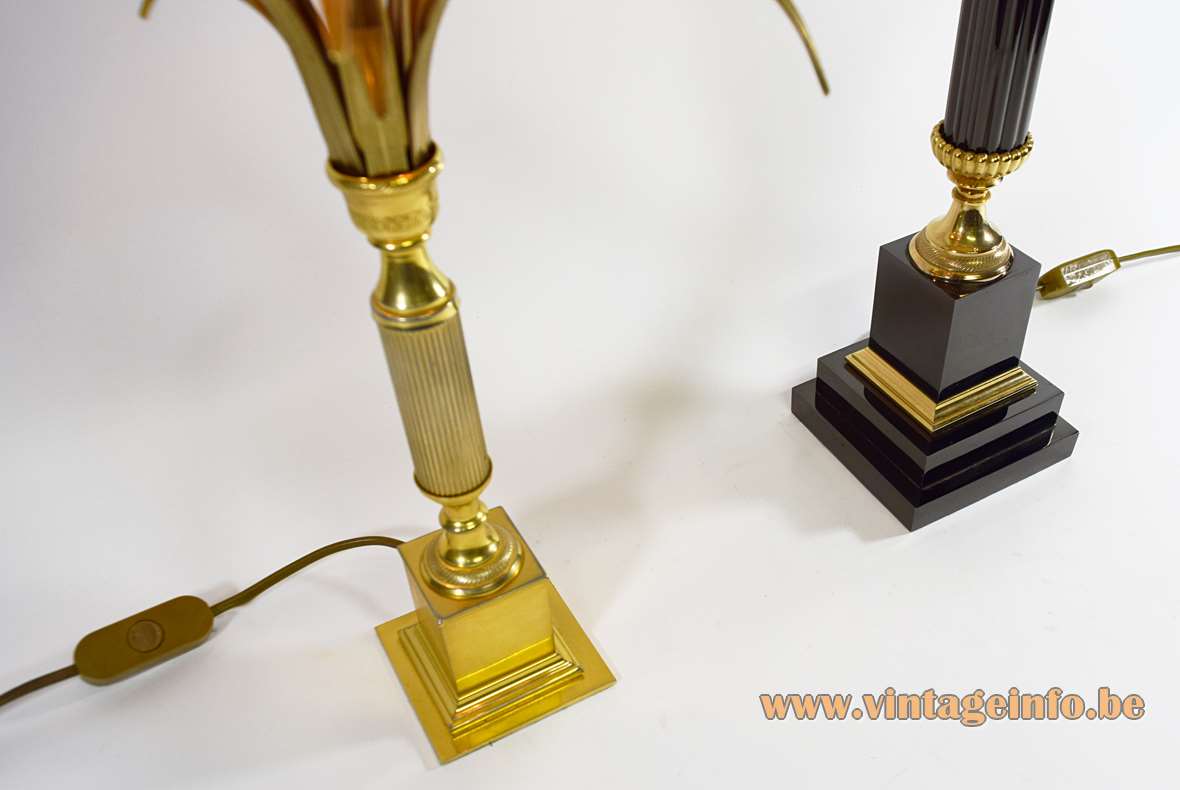 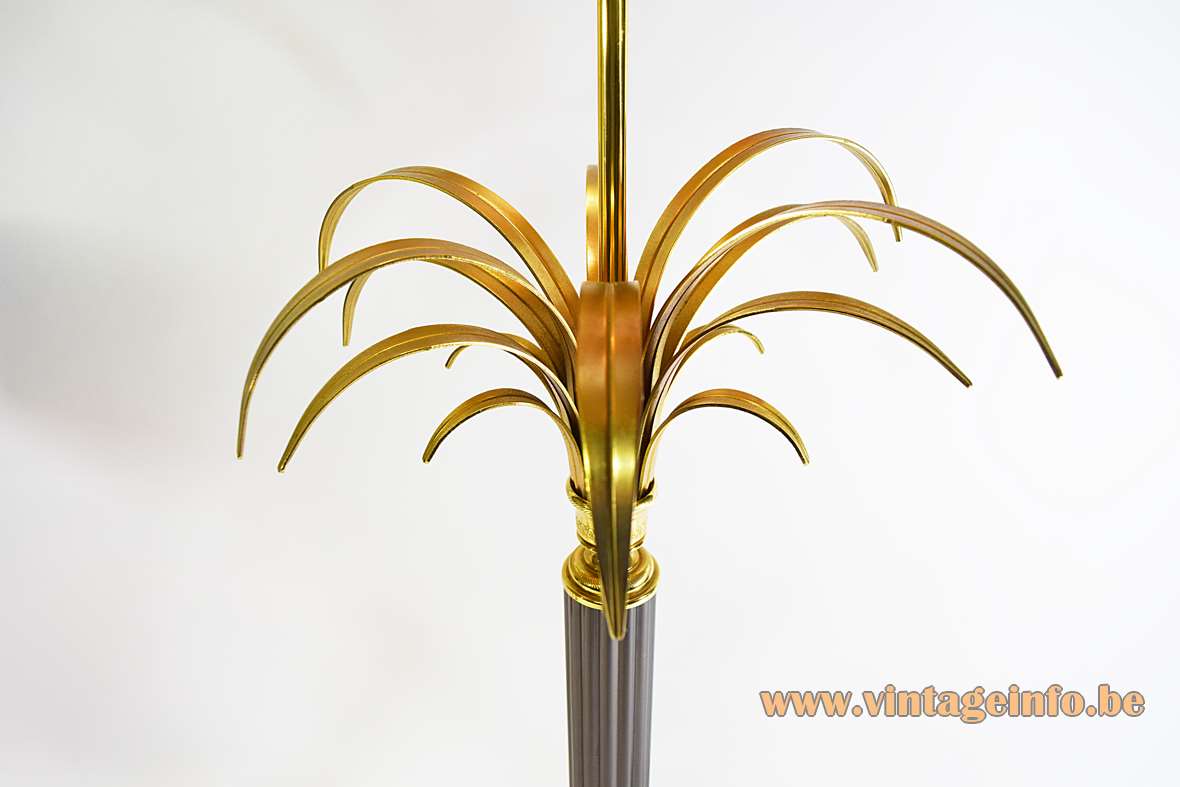 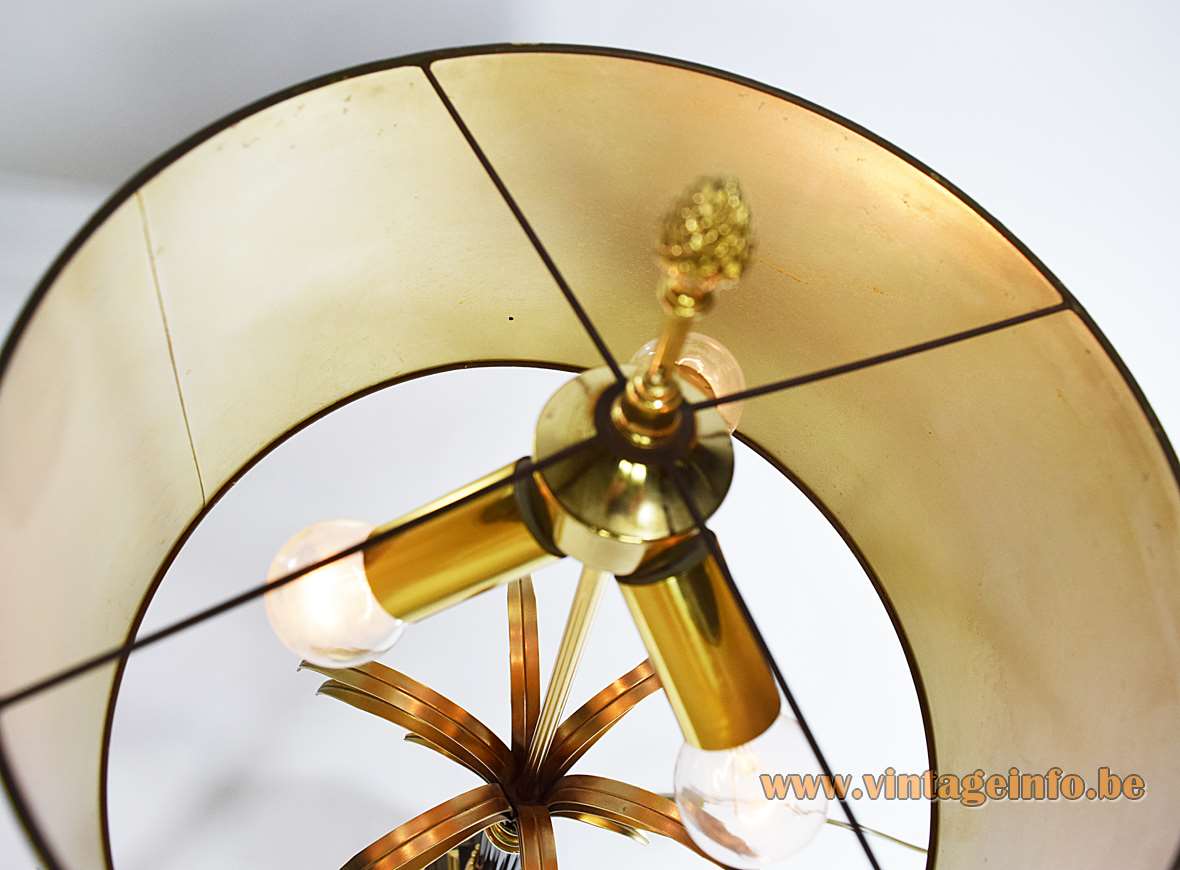 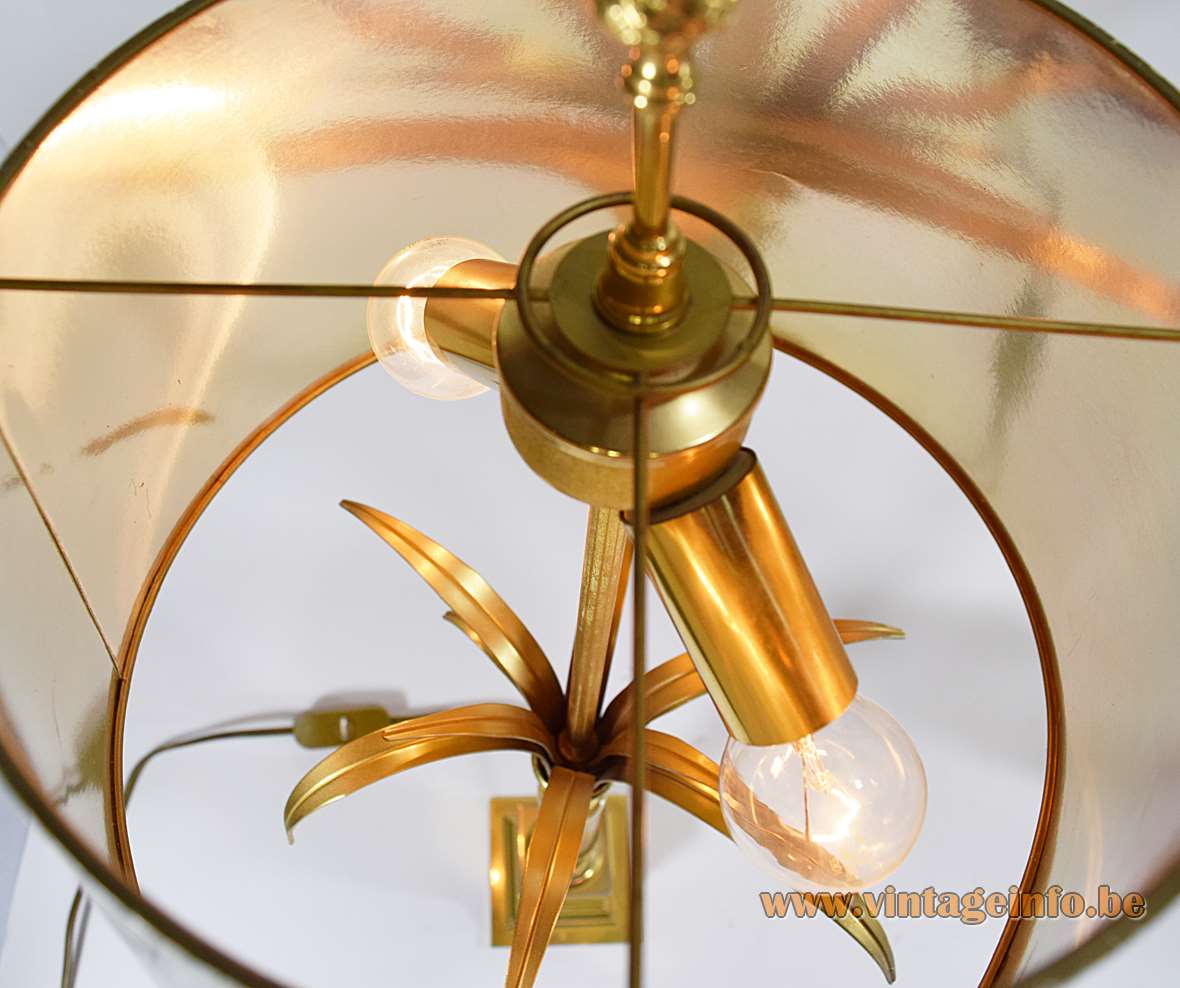 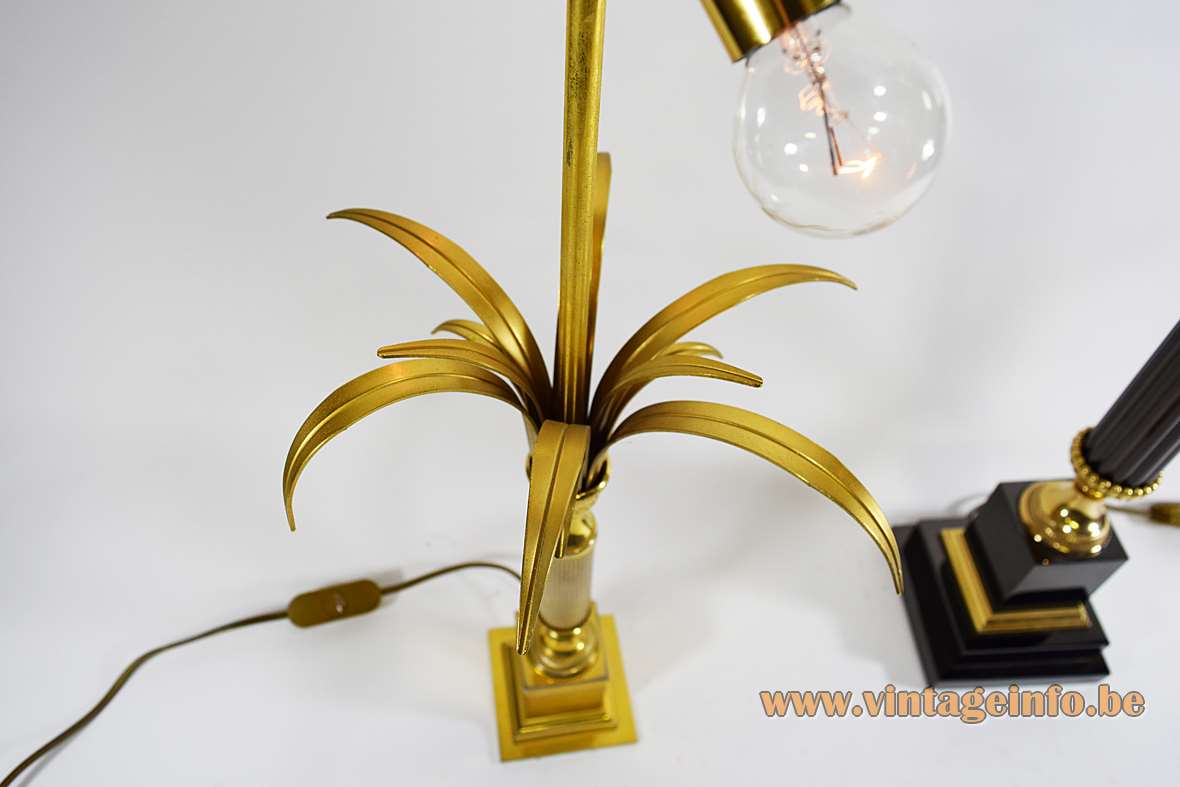 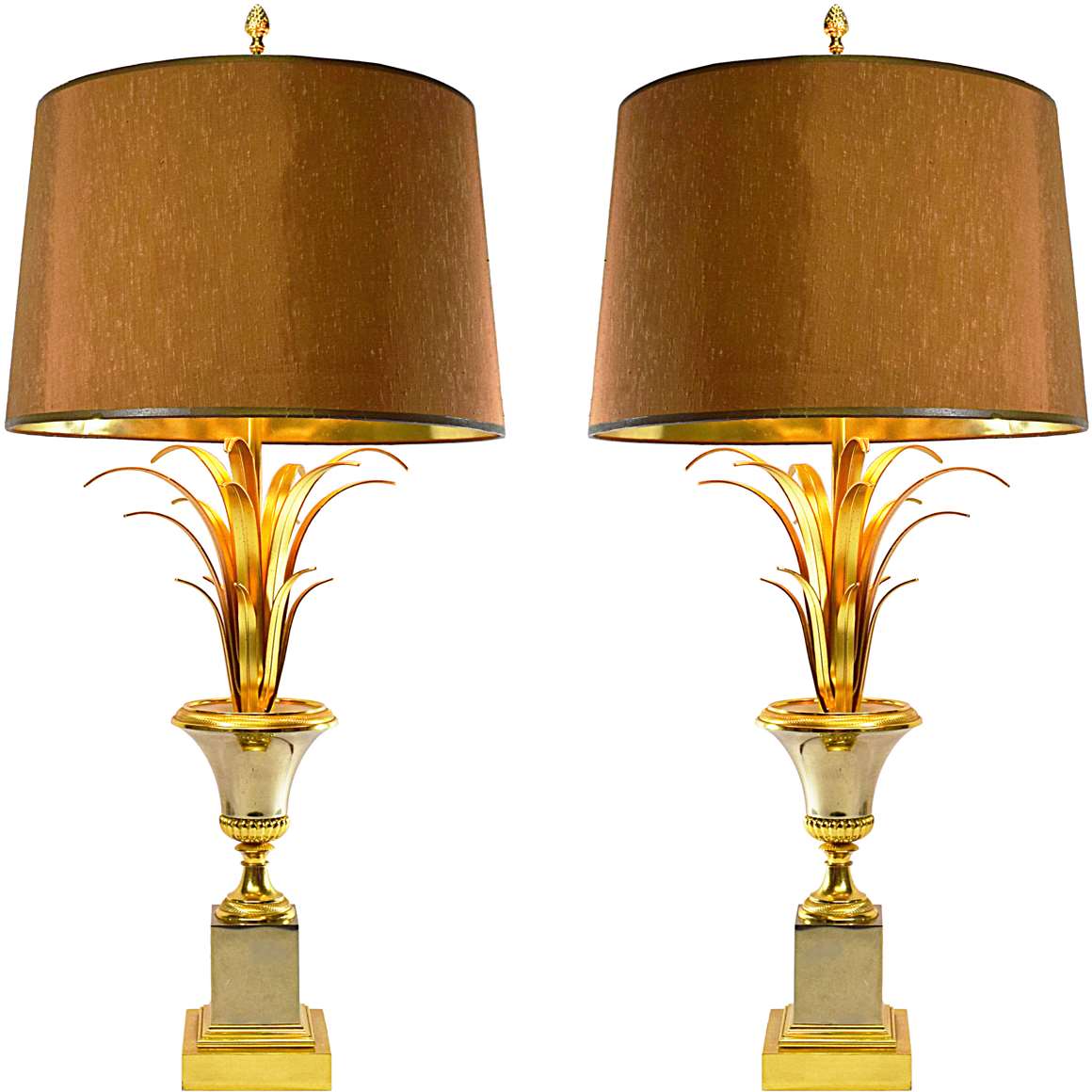 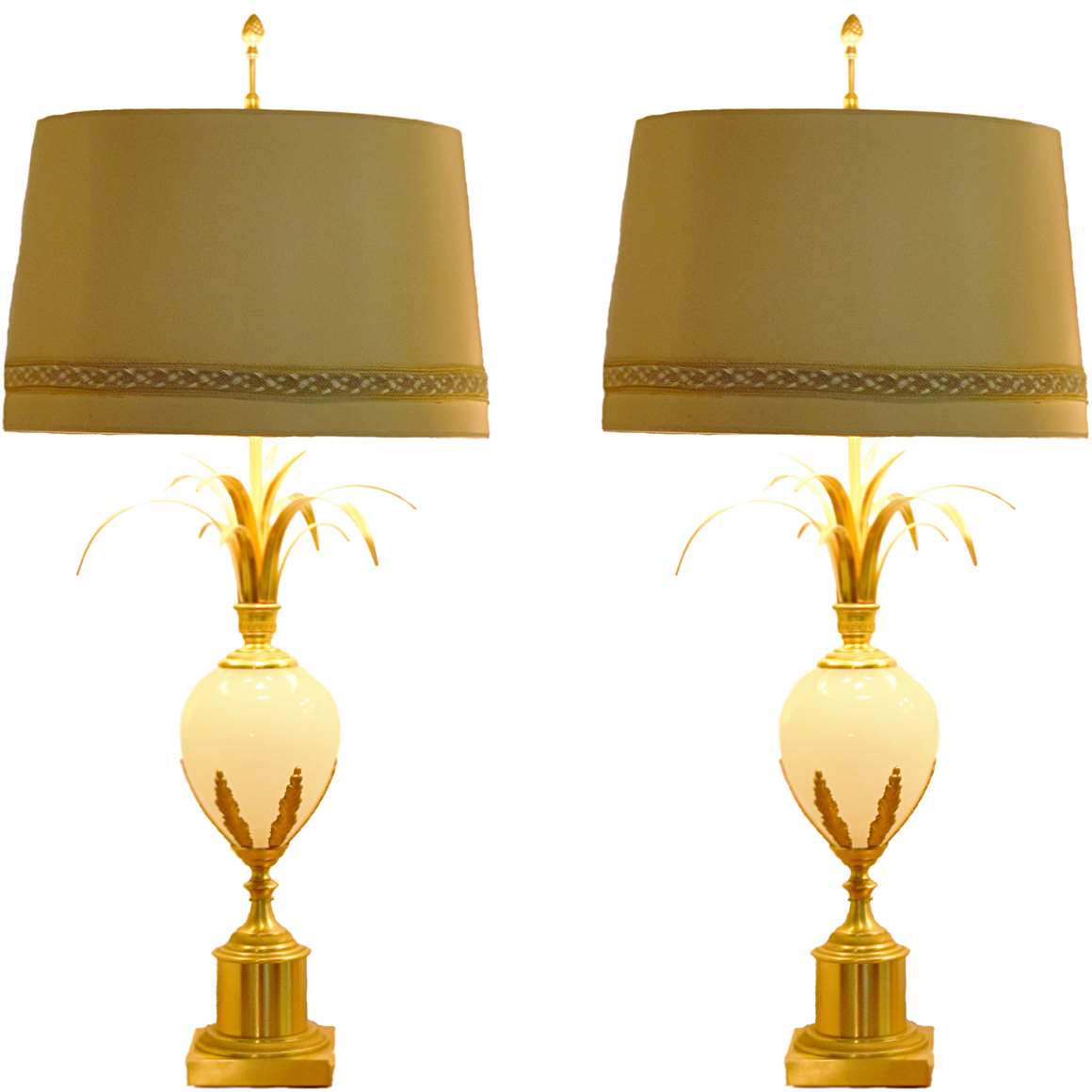 Designer: To be appraised, probably inspired by a lamp designed by Maison Charles, Paris: “Vase Roseaux” (reeds vase) and often sold as a Maison Charles lamp. The Maison Charles table lamps always have a stamp in the metal on the back of the foot with the company’s name on. The Vase Roseaux is still in production, you can find it on the website of Maison Charles: www.charles.fr. (link opens in a new window)

Other Versions: These Boulanger palm table lamps exists in many variations. Made in polished brass, black lacquered brass, brass and chrome… Many different lampshades. Made in several variations: with an ostrich egg, different base and so on. You can find many examples here on Vintageinfo. 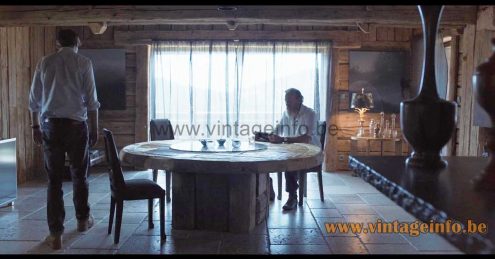