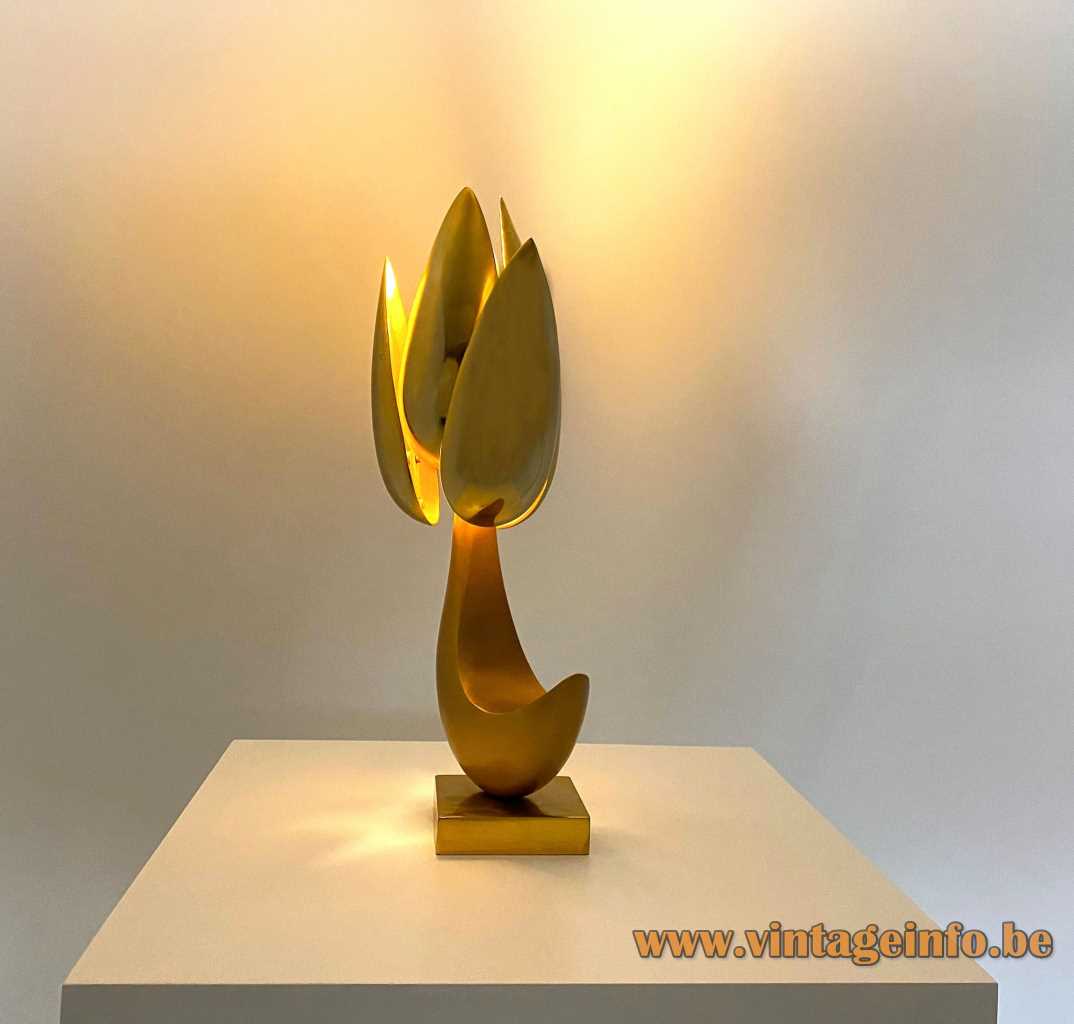 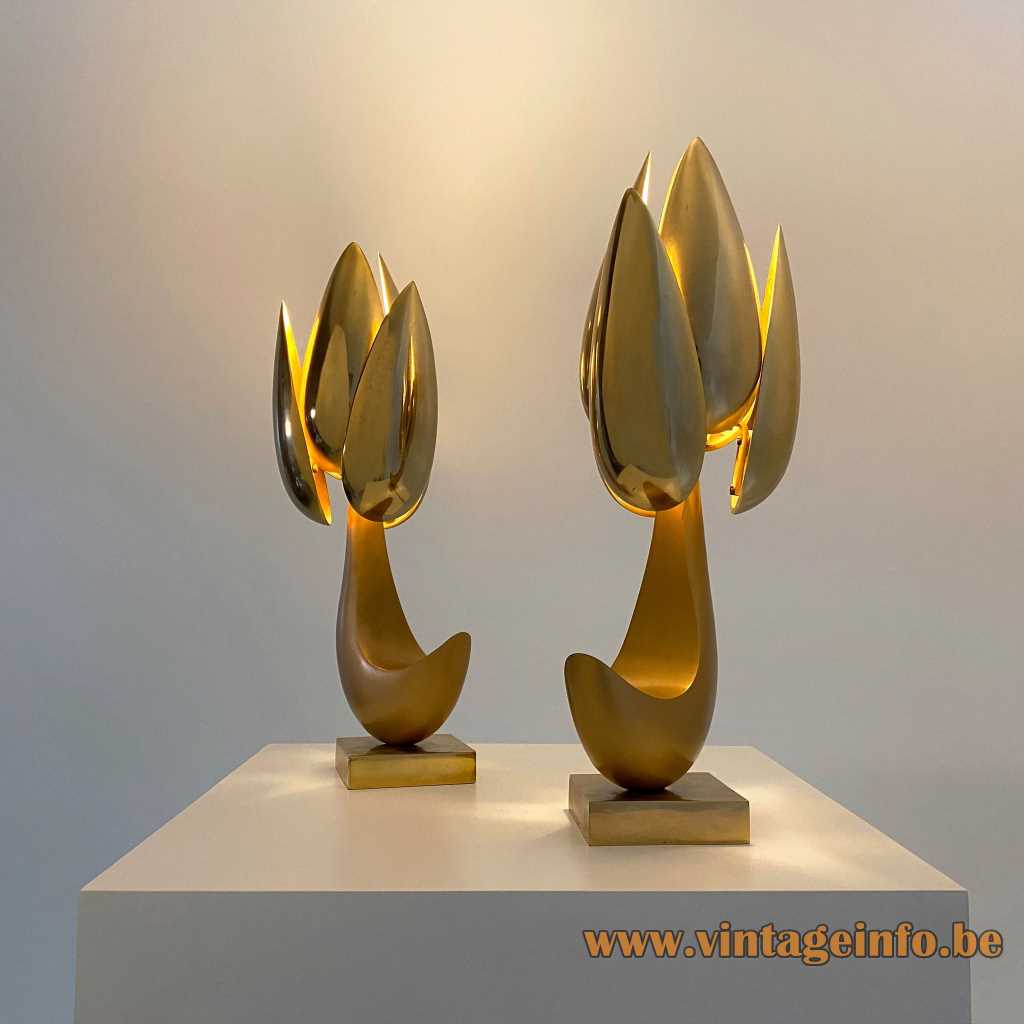 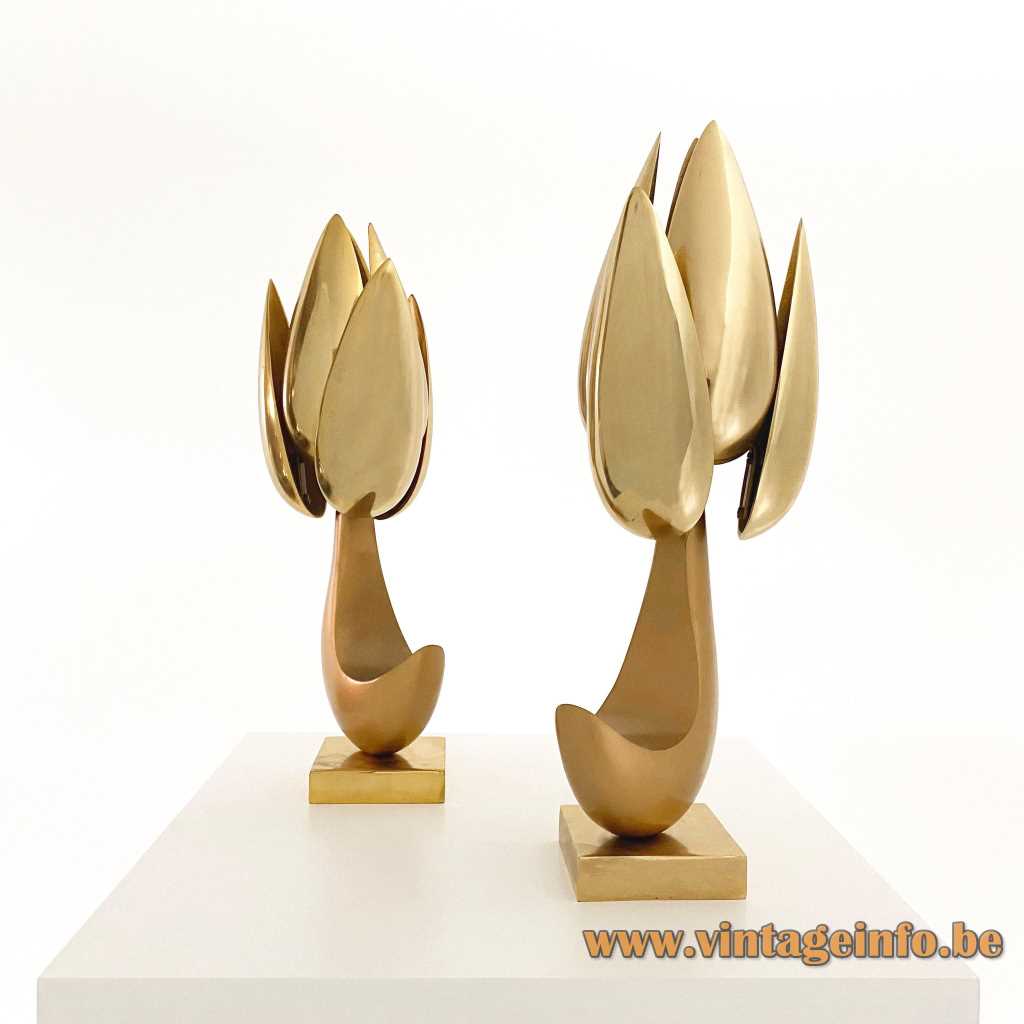 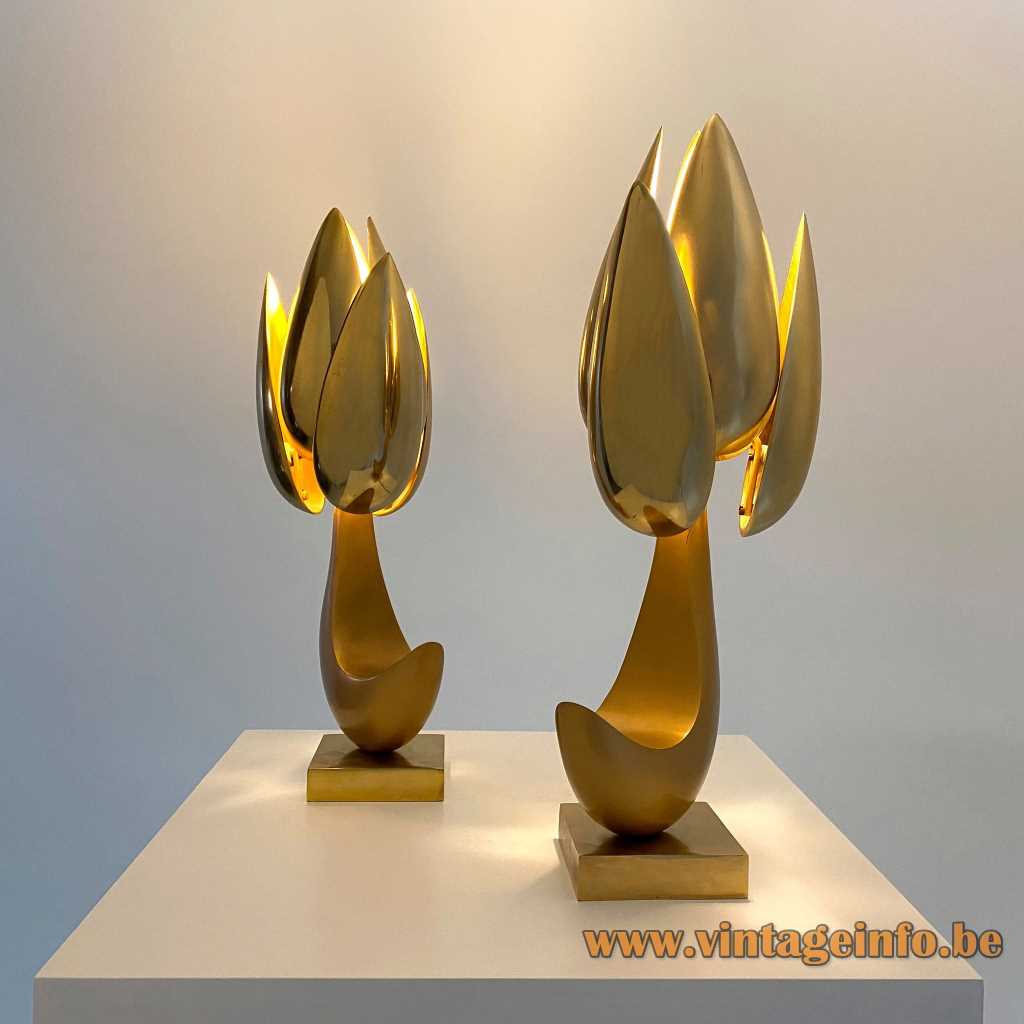 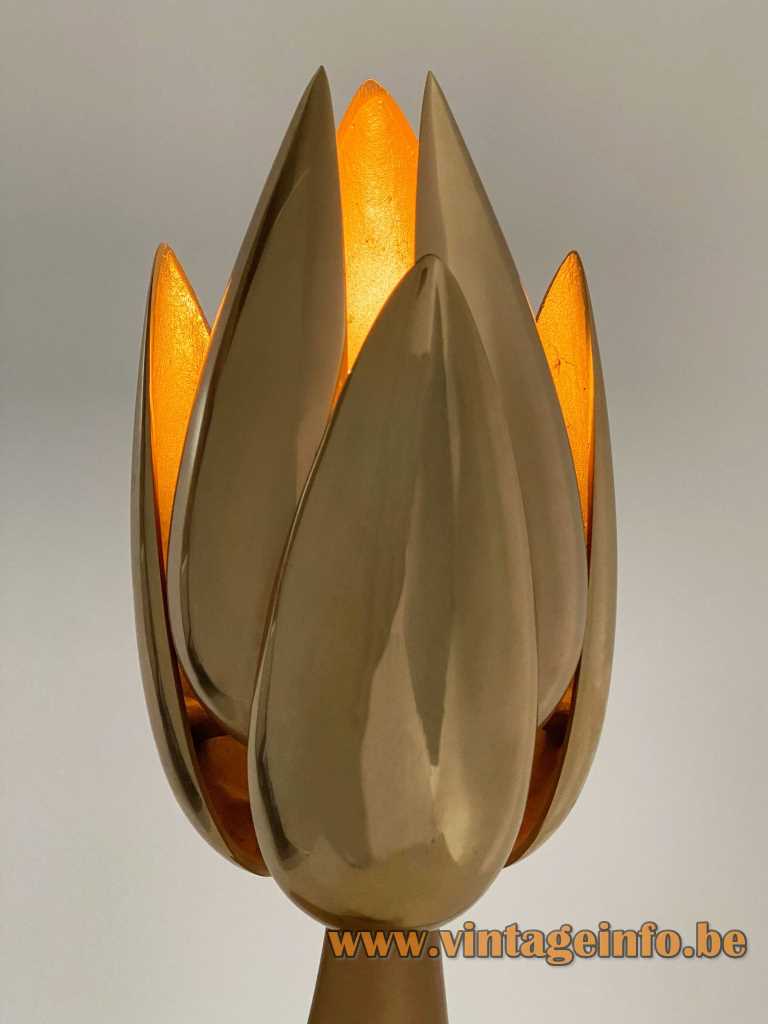 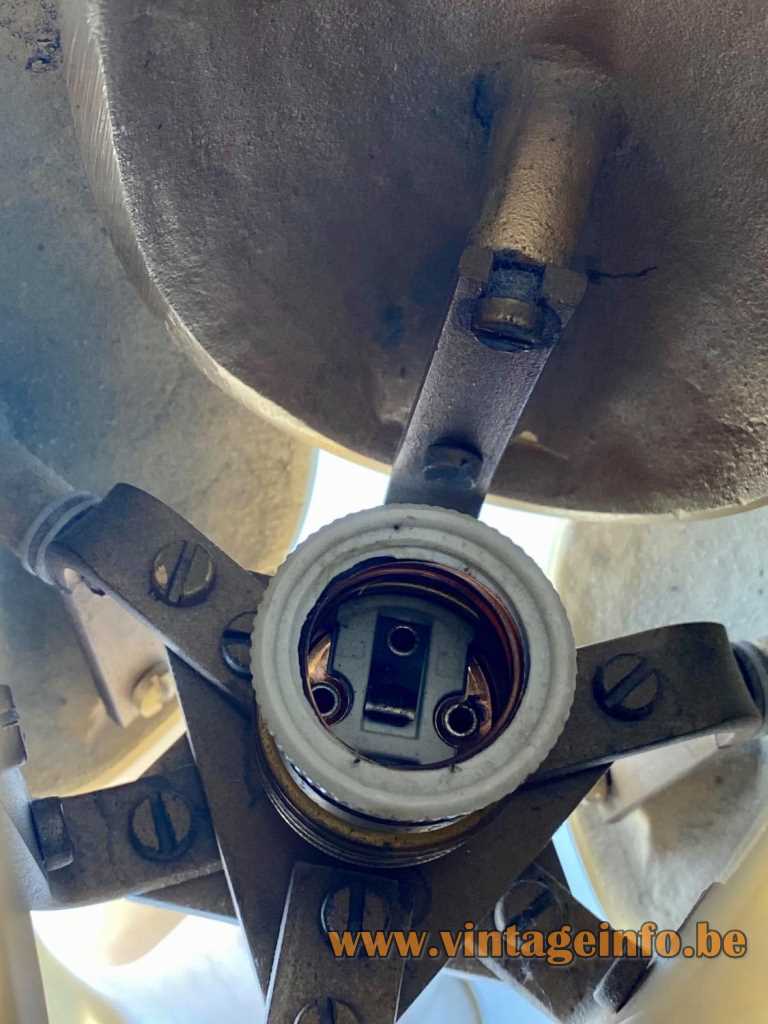 Other versions: This Michel Armand flower table lamp exists in a few variations. Several other flower lamps were made.

Often said that these lamps were made by the famous Maison Charles company from Paris, France, but those are false assumptions. As confirmed by the company. Maison Charles made a few lamps in this style. The plug and the switch are French, as you can see below.

The Atelier Michel Armand Incorporation is not a French but a Canadian company. It was founded in 1978 and ended business in 1986. The directors were Robert Martin and Michel Dumas. Probably one of these two persons is the designer, or both. It was a small company with no more than 7 employees.

The company produced lighting in in a limited edition. Not many models were made. All in a high quality and often made in bronze. Lamps were made in the form of a flower, mushroom, artichoke, flame and so on.

Several other firms produced lamps in this style, such as the Rougier company. Lamps made by Atelier Michel Armand were made in plastic by this company around the same time. Also CSA Luminaires from Canada made similar lamps. Maybe they are related, but I could not find proof for it. Lamps from these companies are often confused with each other. 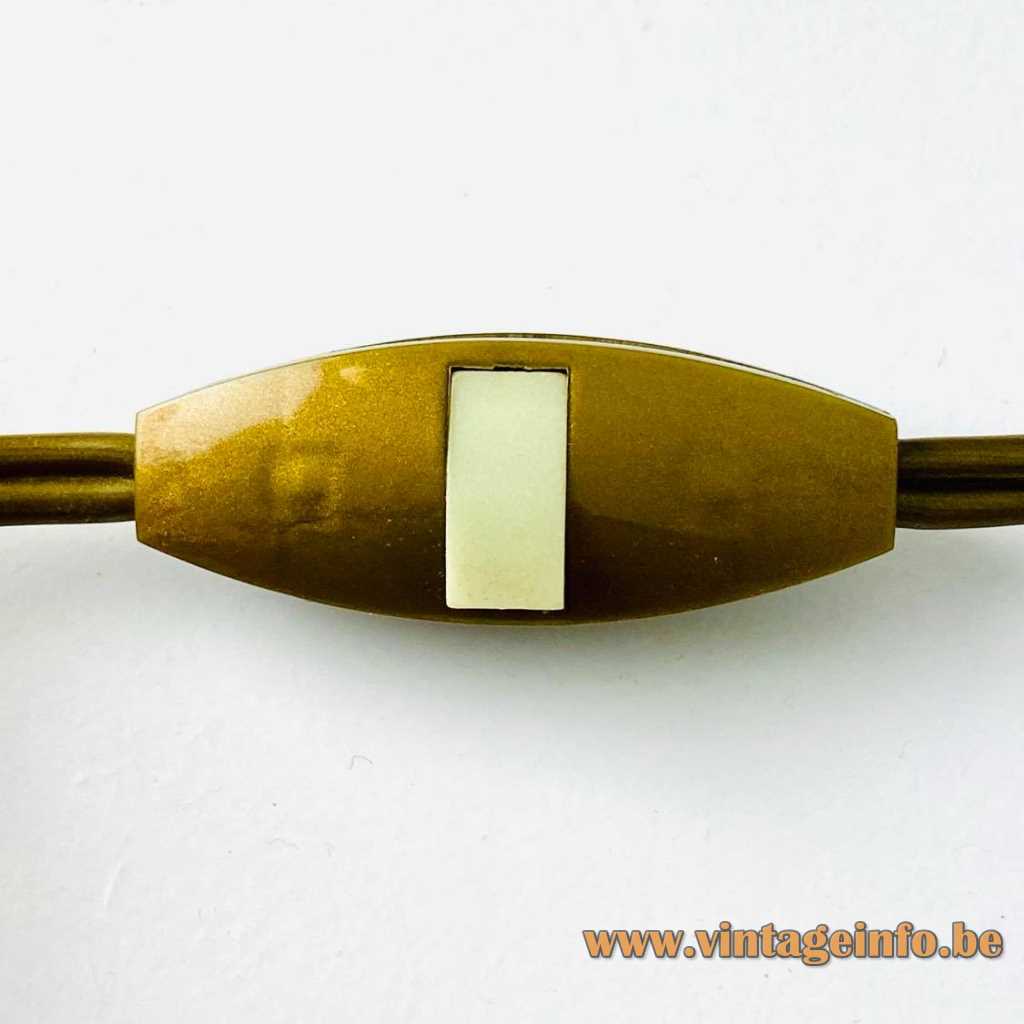 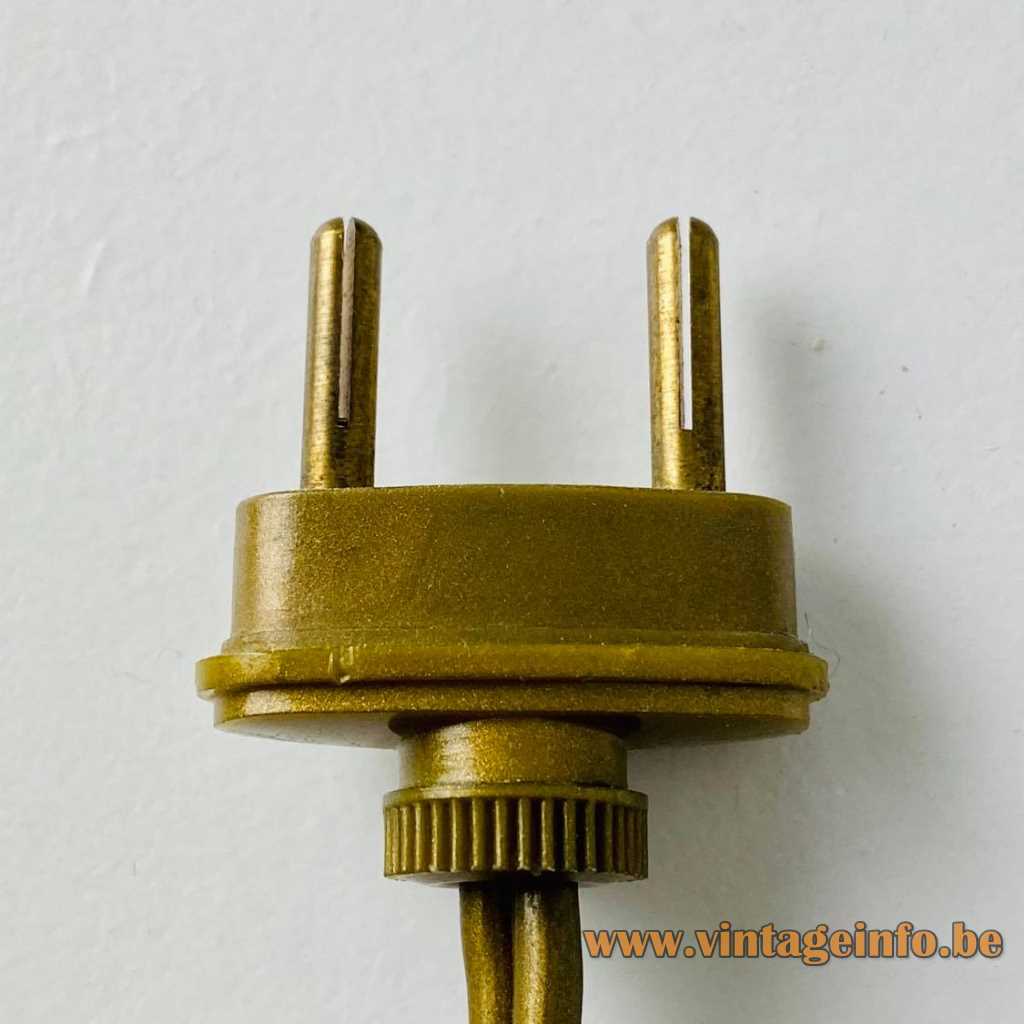